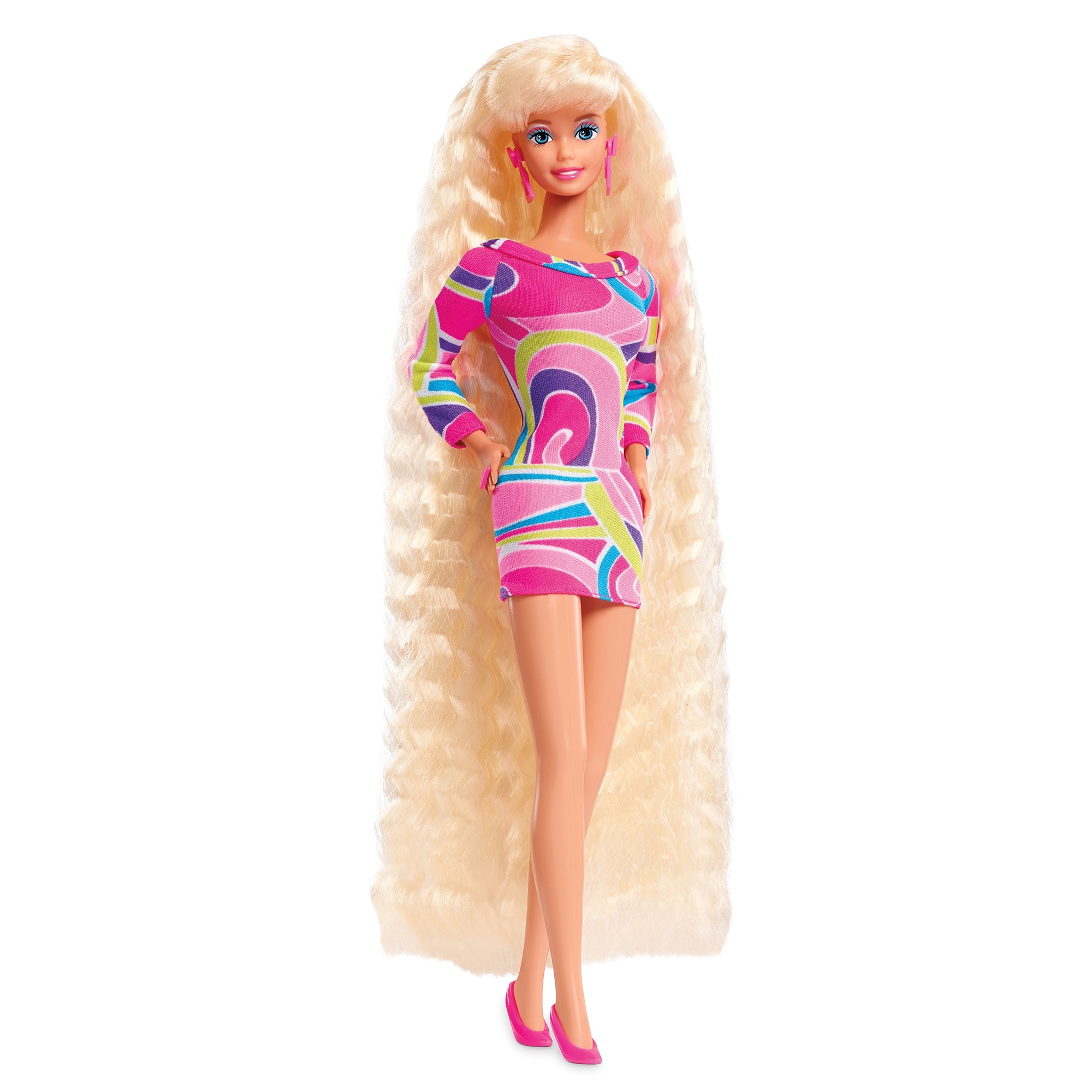 Barbie is a fashion doll created by businesswoman Ruth Handler and produced by Mattel, Inc since 1959.

Inspired by a German line of adult-bodied fashion dolls named Bild Lilli - initially, these were made for adults, but eventually Lilli became popular with children - Handler sought to make an adult doll that her pre-teen daughter, Barbara, would be interested in playing with.

At the time, the dolls that were marketed towards children largely were made to resemble infants. Seeing a gap in the market, Handler took her idea to husband Elliot Handler and his business partner Harold Matson, who together owned Mattel, Inc. Mattel had been founded by Matson and the Handlers in 1945, having started out selling picture frames and, later, dollhouse furniture.

With approval from her husband and Matson, Ruth created Barbie, named after her daughter and built in the style of an adult fashion doll that children could dress up and use to act out their futures beyond childhood. The first Barbie mould was designed by Jack Ryan, the head of research and development at Mattel who had formerly been a missile engineer working for the Pentagon.

The first Barbie doll hit the market in 1959. Despite initial reluctance from Elliot and Harold, the toy not only became Mattel's biggest product, but the best-selling toy in history, having been successfully marketed through Disney's The Mickey Mouse Club TV show.

Barbie was so successful that, in 1961, a 'boyfriend' doll was concocted by Mattel as a companion product: Ken, named after the Handlers' son.

Though the Handlers were forced out of Mattel in 1974 over apparent financial mismanagement, the pair lived on to a ripe old age. Elliot passed in 2011 at the age of 95, while Ruth died in 2002 at the age of 85, but not before having been inducted into the US Business Hall of Fame, in 1997.

With Barbie having been on the market now for 60 years, it's estimated that more than a billion dolls have so far been sold. Mattel claims that three Barbies are sold every second.

These Toys Were Banned For Being Seriously Dangerous

50 Childhood Toys So Dangerous They Ended Up Banned

10 Barbie Toys That All 80s Girls Should Remember

30 Childhood Toys So Dangerous They Ended Up Banned

10 Barbie Accessories That Every Girl Wanted

Your Old Happy Meal Toys May Be Worth More Than You Think!