We think it’s fair to say that children’s toys these days aren’t what they used to be. The toys we played with during the 1980s were finely crafted, original, inventive, and gave good value for money. These days, in our eyes at least, most toys are cheap, plastic and overpriced, and every time we visit a modern-day toy shop we long to be transported back to our childhood.

We do however have to admit that, along with some wonderfully classic and beautiful items, our childhood was also filled with a number of toys that were strange, bizarre, and dare we even say, even disturbing. Below are 10 such toys, and we would love to know whether you personally owned any of them. 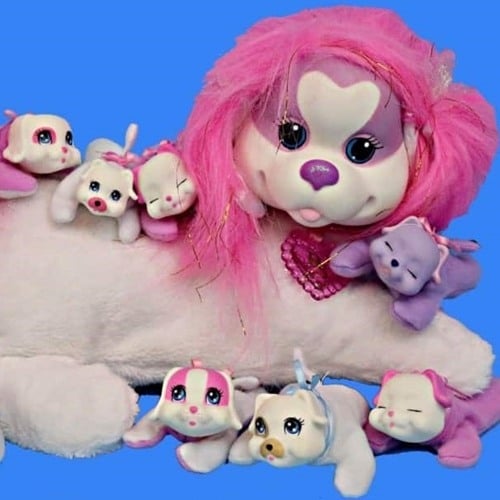 Puppy Surprise forced us 80s kids to get into conversations with our parents about the birds and the bees way before we were ready.

The mummy dog ‘gave birth’ to lots of little baby dogs, and it was both cute and extremely disturbing, all at the same time! 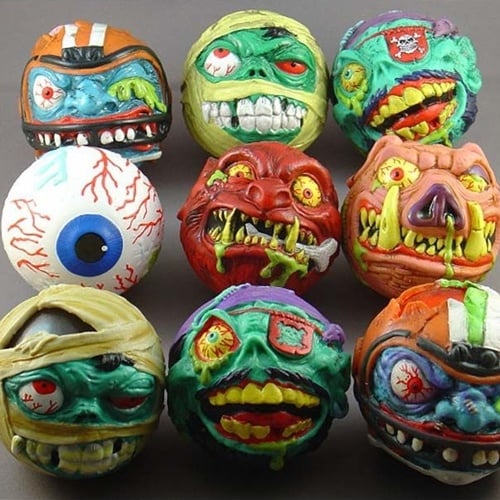 Madballs were strange, ugly and gruesome, and we can completely understand why our parents wanted to keep us away from them!

They were however extremely popular, especially among young boys. Did you own any? 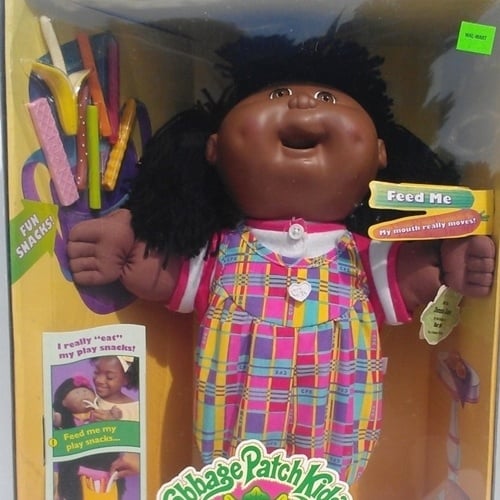 The aim of the Snacktime Cabbage Patch Kid was for children to be able to feed them pretend food, but the reality was far more disturbing.

Because unfortunately, there were cases of children’s hair and fingers getting caught in the toy’s chewing mouth, so toymakers Mattel eventually banned them! 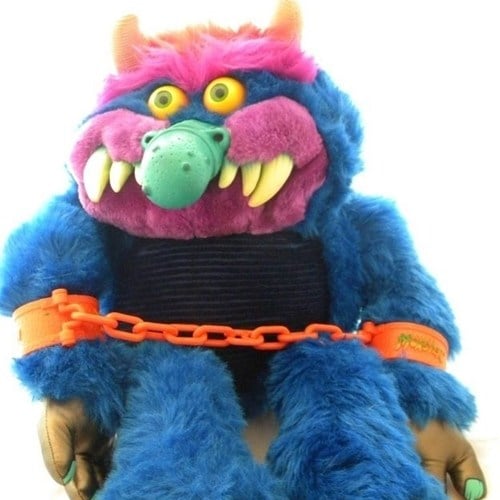 It’s already slightly strange to own a cuddly toy as ugly as My Pet Monster, but the accessory it came with made it even more disturbing.

We can’t think of another toy before or since that came with a pair of handcuffs, except for adult toys, and that’s not a subject we tend to get involved in! 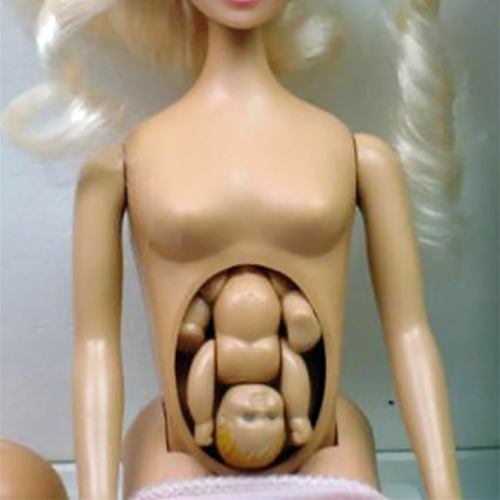 We’ve already had pregnant dogs, but perhaps the most disturbing toy of our entire childhood was a pregnant doll.

Pregnant Barbie didn’t look quite so bad when fully clothed, but getting her naked revealed the full anatomical nightmare of a visible baby in her tummy! 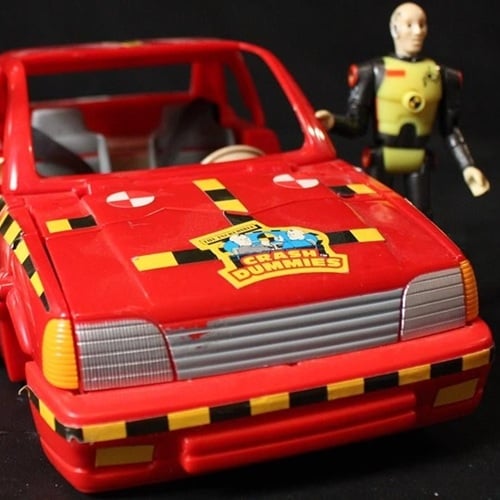 Would you let your children play with a toy that simulated car crashes? Because our parents did!

The Incredible Crash Dummies were created to look like the full sized crash test dummies that featured in public service videos in the late 1980s. 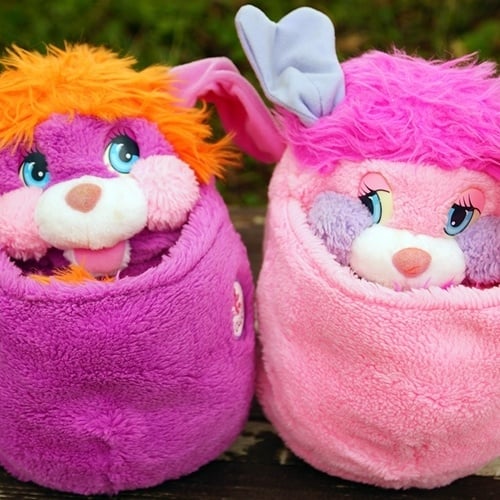 You may think they look lovely, but we’ve always found the concept behind Popples to be slightly disturbing.

How a soft toy animal that folds in on itself ever got the green light we don’t know, but at the same time we suspect that many of you owned one! 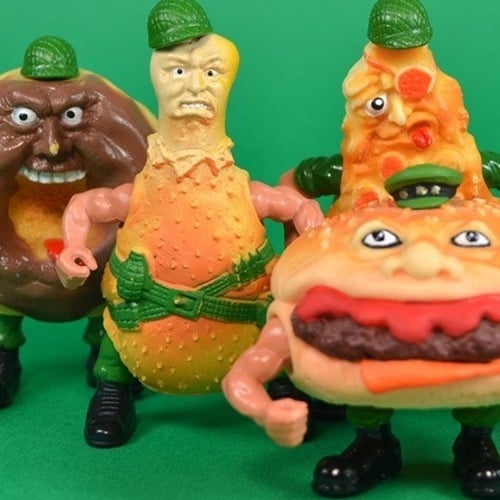 Toy food that fight each other is a strange enough concept by itself, but the reality of Food Fighters was even more bizarre.

These food based toys were really ugly, so much so that we wonder if they didn’t put many children off eating their tea for life! 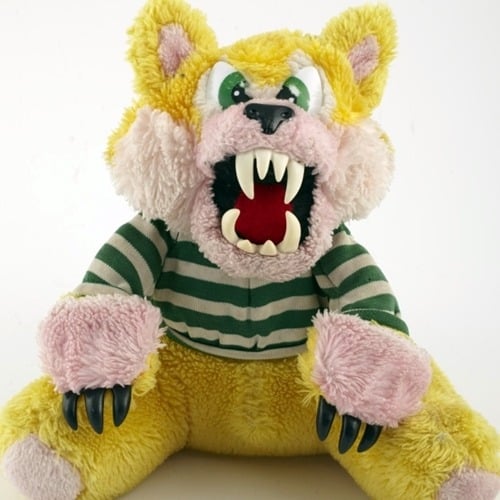 Cuddly toys are supposed to comfort children and provide them with a sense of security. But not so with WereBears.

These scary toys were the stuff of nightmares, transforming as they did from a lovely cute bear into a terrifying WereBear! 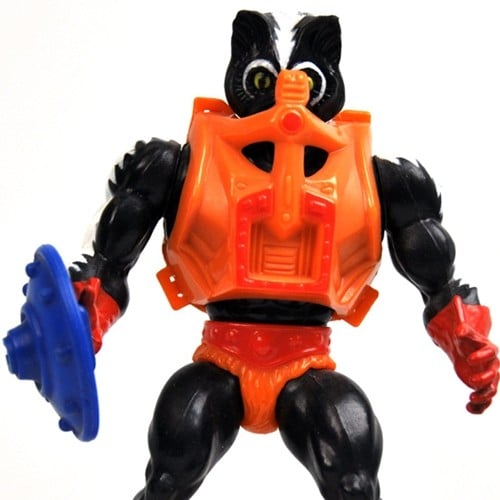 Stinkor was from the Masters of the Universe toy range, and as his name suggested, he let out a rather foul odor.

Any parents that purchased this would rather quickly kick themselves once they realised the reason for the strange smell around their house!