When Connery and Eastwood Almost Made a Movie Together

Sean Connery and Clint Eastwood are two of the most iconic stars in film history. In some ways transatlantic opposites, the James Bond and Man with No Name actors rose to superstardom at the same time, both of them in the most popular action movies of their day. Despite a near miss, though, the two didn’t get the chance to join forces on screen.

Eastwood and Connery never worked together on a movie, but the two stars – both golf enthusiasts – almost collaborated in the early 90s, on an adaptation of Michael Murphy’s zen sports novel Golf in the Kingdom. Eastwood, slated to direct, would have cast Connery as mysterious golf master Shivas Irons.

Unfortunately, despite Eastwood having gotten as far as scouting locations and writing scripts, the film never happened, and it seems that Eastwood’s ignorance of British golf etiquette was partly responsible. 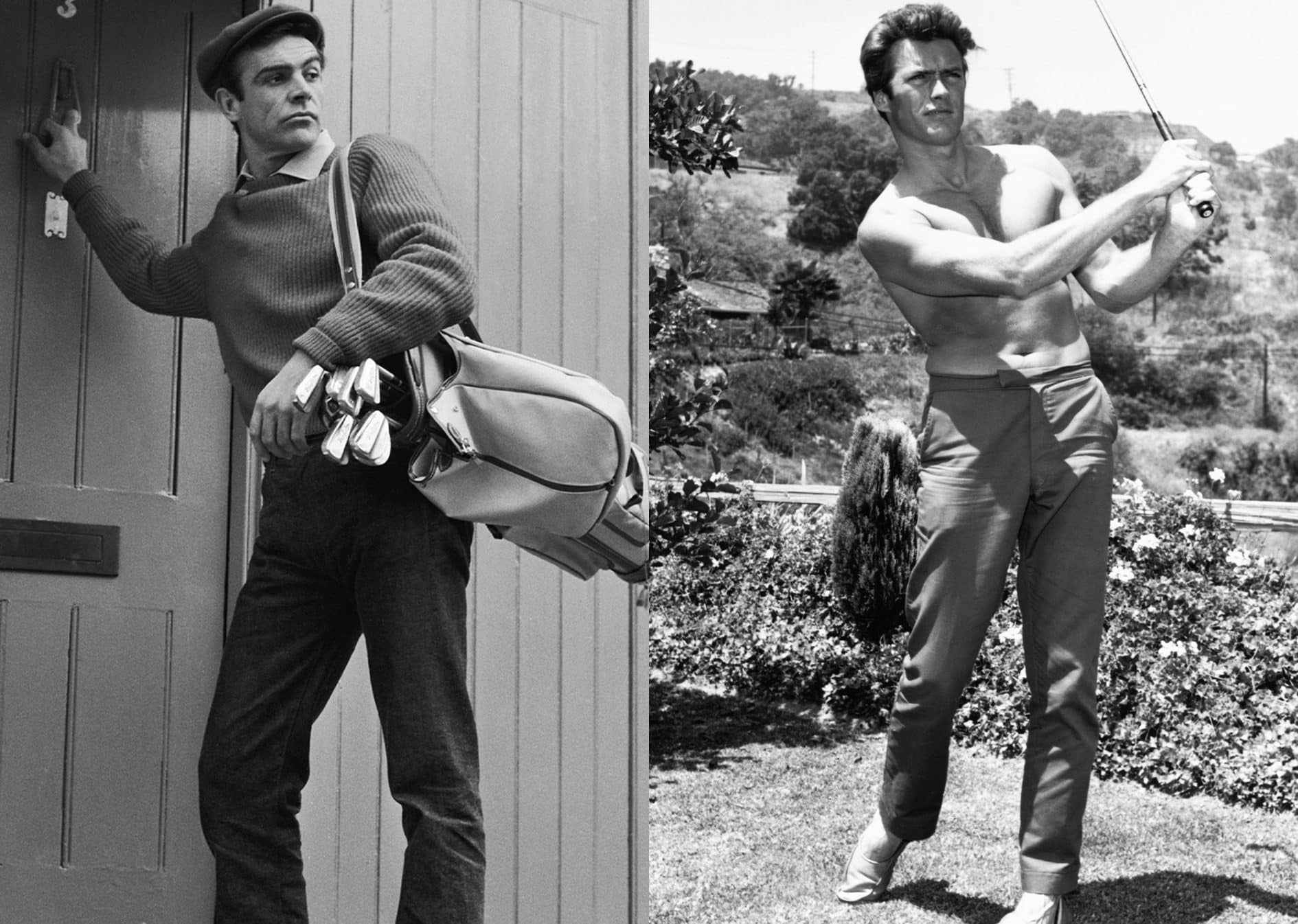 Sean Connery and Clint Eastwood have plenty in common. Both were born in 1930 (Eastwood on May 31st, Connery August 25th), and both served in the military – Eastwood in the US Army, Connery in the British Royal Navy – before becoming actors.

They also found fame around the same time: Connery shot to superstardom as the first big screen James Bond in 1962’s Dr No, whilst Eastwood was first a small screen star on TV Western Rawhide, before such hit movies as the Dollars trilogy, and later Dirty Harry.

Their career paths almost crossed in 1967, when Connery retired from the role of Bond on his fifth film, You Only Live Twice. Bond producers Albert ‘Cubby’ Broccoli and Harry Saltzman promptly began a hunt for an actor to take over as 007, and high on their wish list was Clint Eastwood. However, Eastwood declined: “I was offered pretty good money to do James Bond… [but] to me, well, that was somebody else’s gig. That’s Sean’s deal. It didn’t feel right for me to be doing it.” 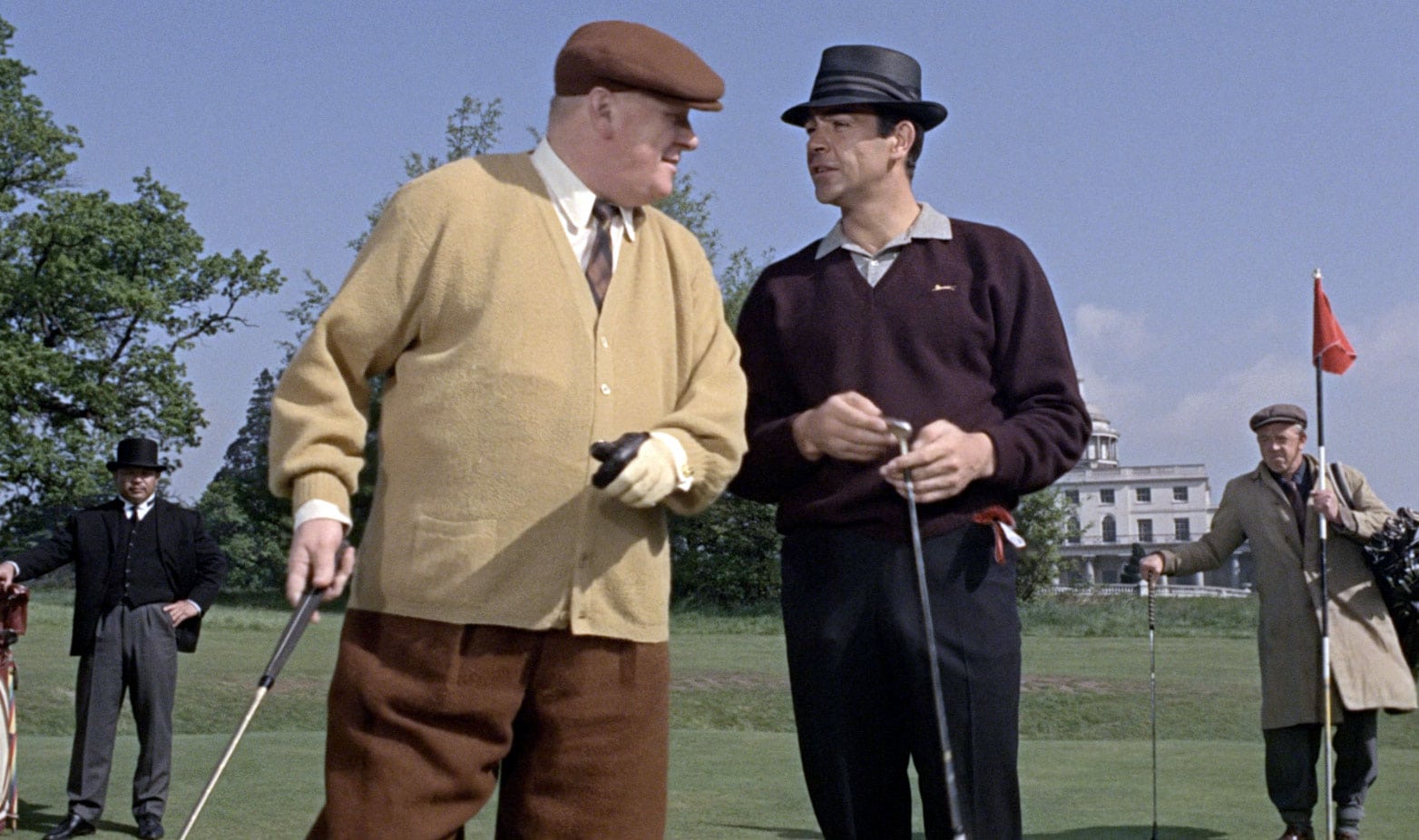 After other actors including Burt Reynolds were considered, George Lazenby became the second 007 in 1969’s On Her Majesty’s Secret Service. When he quit after a single appearance, Connery was lured back once more for 1971’s Diamonds are Forever. (He would later play the role once more in 1983’s unofficial Bond movie Never Say Never Again.)

Whilst Connery was keen to put Bond behind him, his work on the films did introduce him to golf, which would become one of his enduring passions. The actor reflected in his later years that in his childhood he “never had a hankering to play golf, despite growing up in Scotland just down the road from Bruntsfield Links, one of the oldest golf courses in the world. It wasn’t until I was taught enough golf to look as though I could outwit the accomplished golfer Gert Fröbe in Goldfinger that I got the bug.”

By contrast, Eastwood had been a keen golfer since his early years. “When I was 12 or 13… I got a job as a caddie. That’s when I really took to the game, as well as tennis and swimming.” 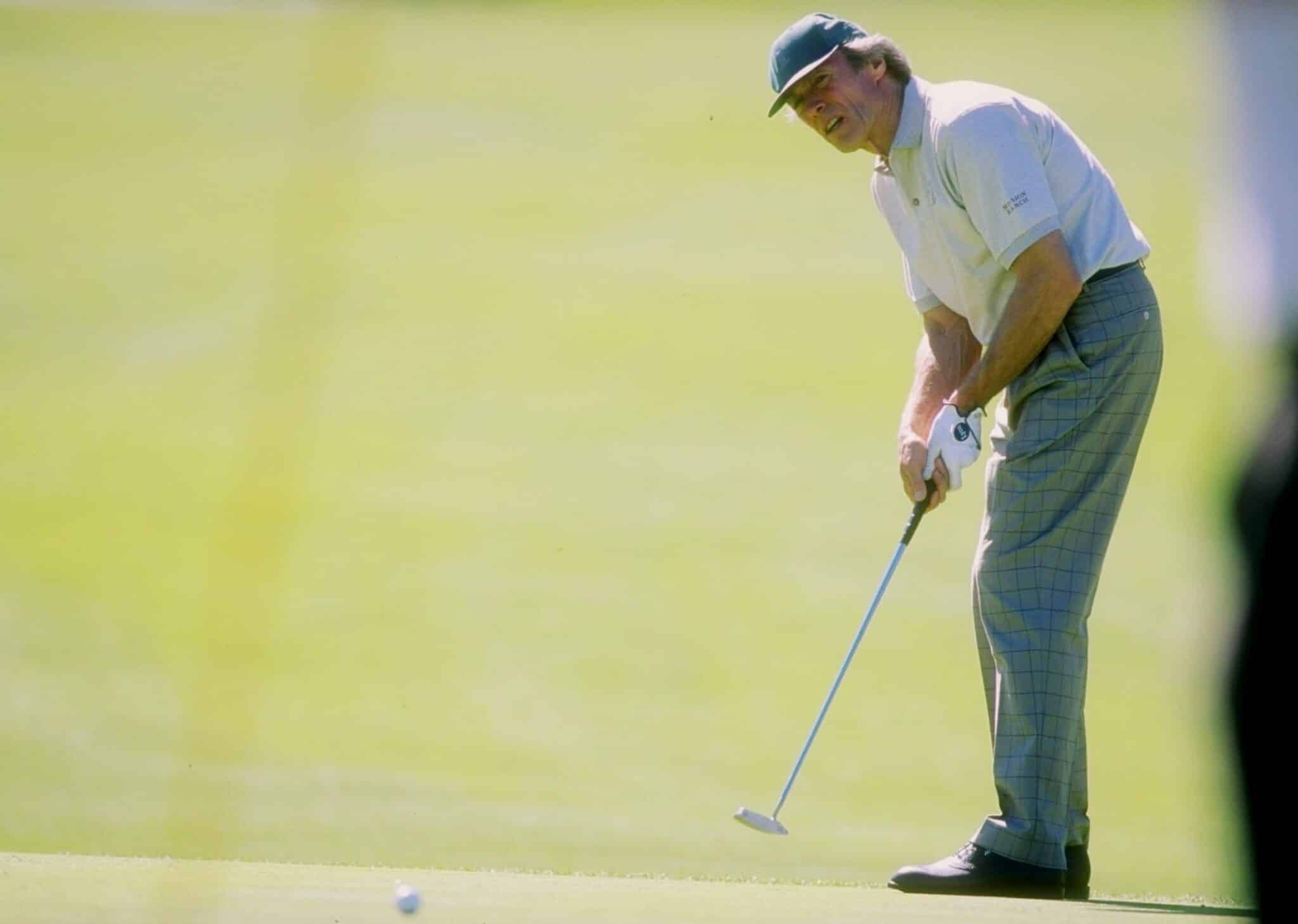 While Eastwood’s swimming had a big role to play in his brief military career (most notably when he survived a plane crash in 1951), golf had a larger role to play in his showbiz life – particularly once he found himself invited to an illustrious tournament organised by screen legend Bing Crosby.

Connery, too, was invited to play at Crosby’s celebrity tournament in the late 60s, which inspired him to arrange similar events in the UK. By then, Connery had come to view golf as far more than just a sport:

“Soon it would nearly take over my life. I began to see golf as a metaphor for living, for in golf you are basically on your own, competing against yourself and always trying to do better. If you cheat, you will be the loser, because you are cheating yourself.” 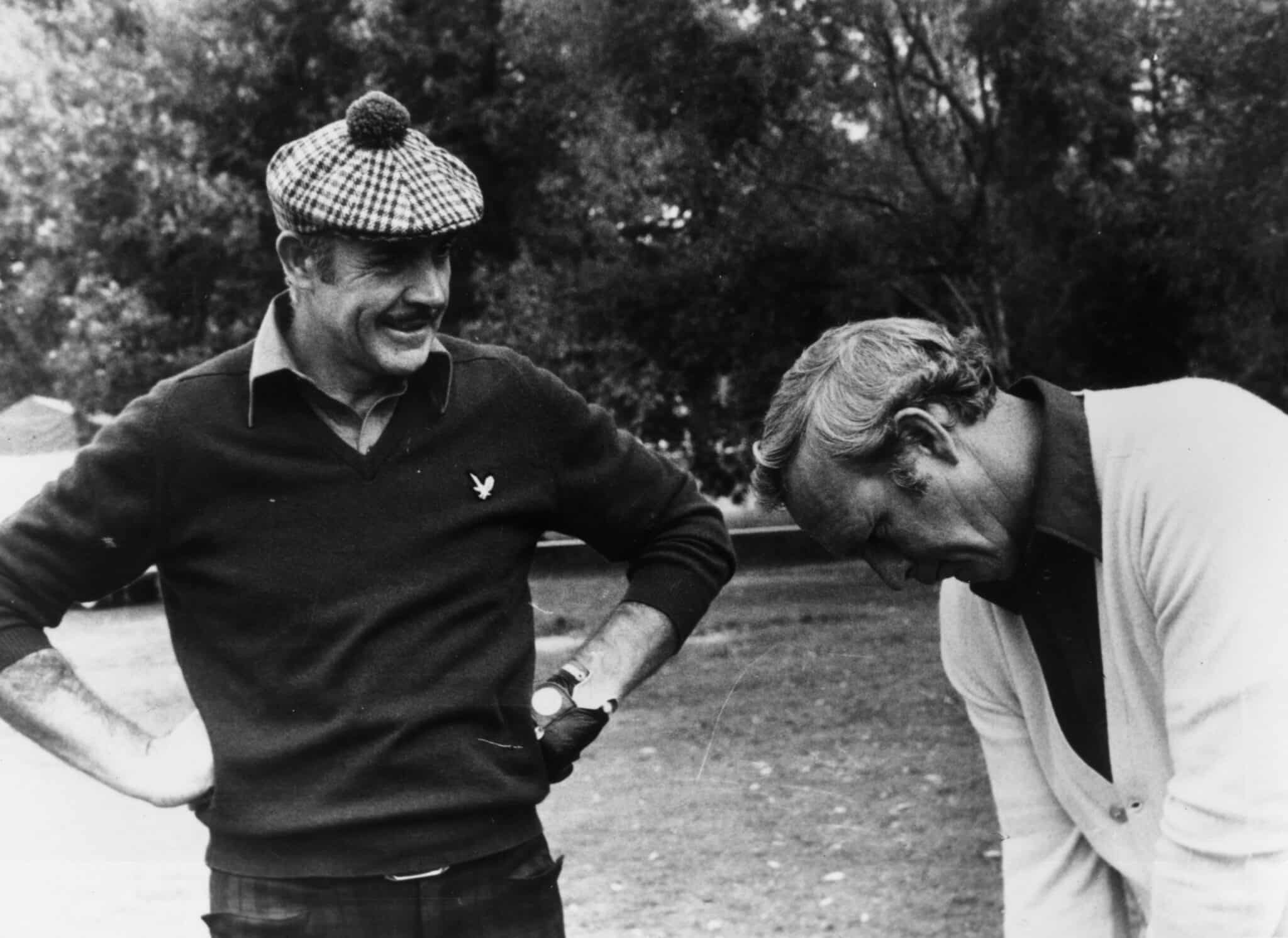 Connery would find he was not alone in having a somewhat philosophical take on the game, when he read Michael Murphy’s 1971 book Golf in the Kingdom. Connery felt the novel was “remarkable” and “captured the spirit of the times”.

Wrote Connery: “[Murphy] took the frustrations that often befall the average golfer and turned them into a mystical Zen experience. A young golfer takes lessons from a wily left-handed all-knowing professional called Shivas Irons… who delivers golfing nuggets of Celtic wisdom in the spirit of a Zen master.”

Golf in the Kingdom became popular among golfers, and Connery wasn’t the only famous fan. In California, a group of notable fans formed the Shivas Irons Society, their most famous members including Connery, Betty White – and Clint Eastwood. By the 70s Eastwood had branched out from acting into directing, and seeing cinematic potential in Murphy’s novel, he obtained the rights to film it. 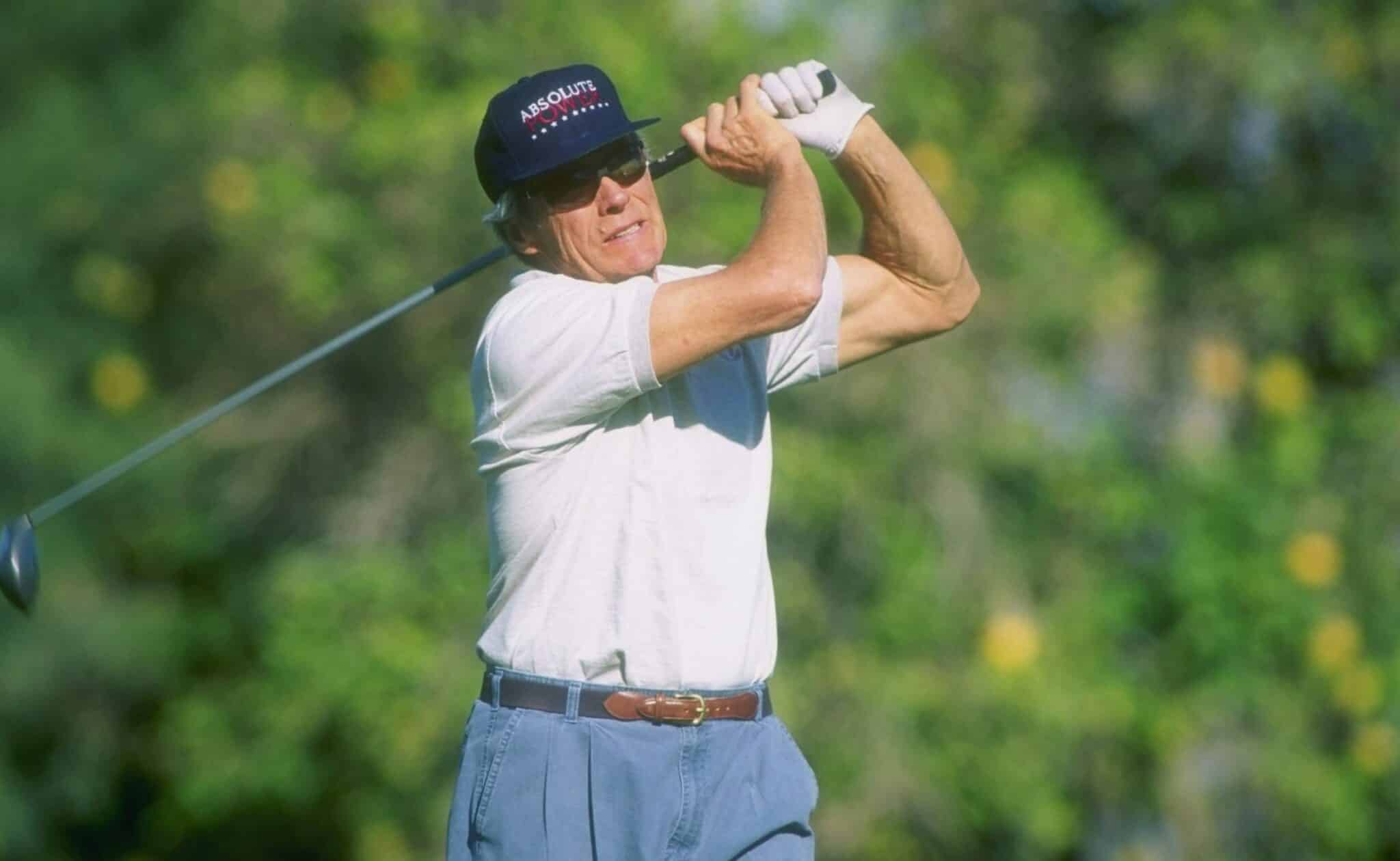 It’s unclear whether or not Eastwood intended to star in the film as well as direct, but he had one actor in mind for the key role of Shivas Irons: Sean Connery, a logical choice given the story is set in Scotland. (Author Michael Murphy has noted that Eastwood’s Unforgiven co-star Richard Harris was also up for the role.)

Eastwood almost got Golf in the Kingdom off the ground in late 1993, when both he and Connery were hot from Oscar wins (Eastwood for Unforgiven, Connery for The Untouchables). By that time Eastwood, having begun writing scripts, was already scouting locations in Fife. However, it seems Golf in the Kingdom collapsed almost instantly because of one inadvertent faux pas on the part of Eastwood: landing a helicopter on the golf course where he planned to shoot the movie.

Connery recalls, “For permission to film at the Royal & Ancient Golf Club at St Andrews, I put [Eastwood] in touch with the Secretary, who Clint, given his title, may have thought held a more lowly position in this venerable club than he did. When he dropped in on the course by helicopter, the Secretary was less than impressed.” 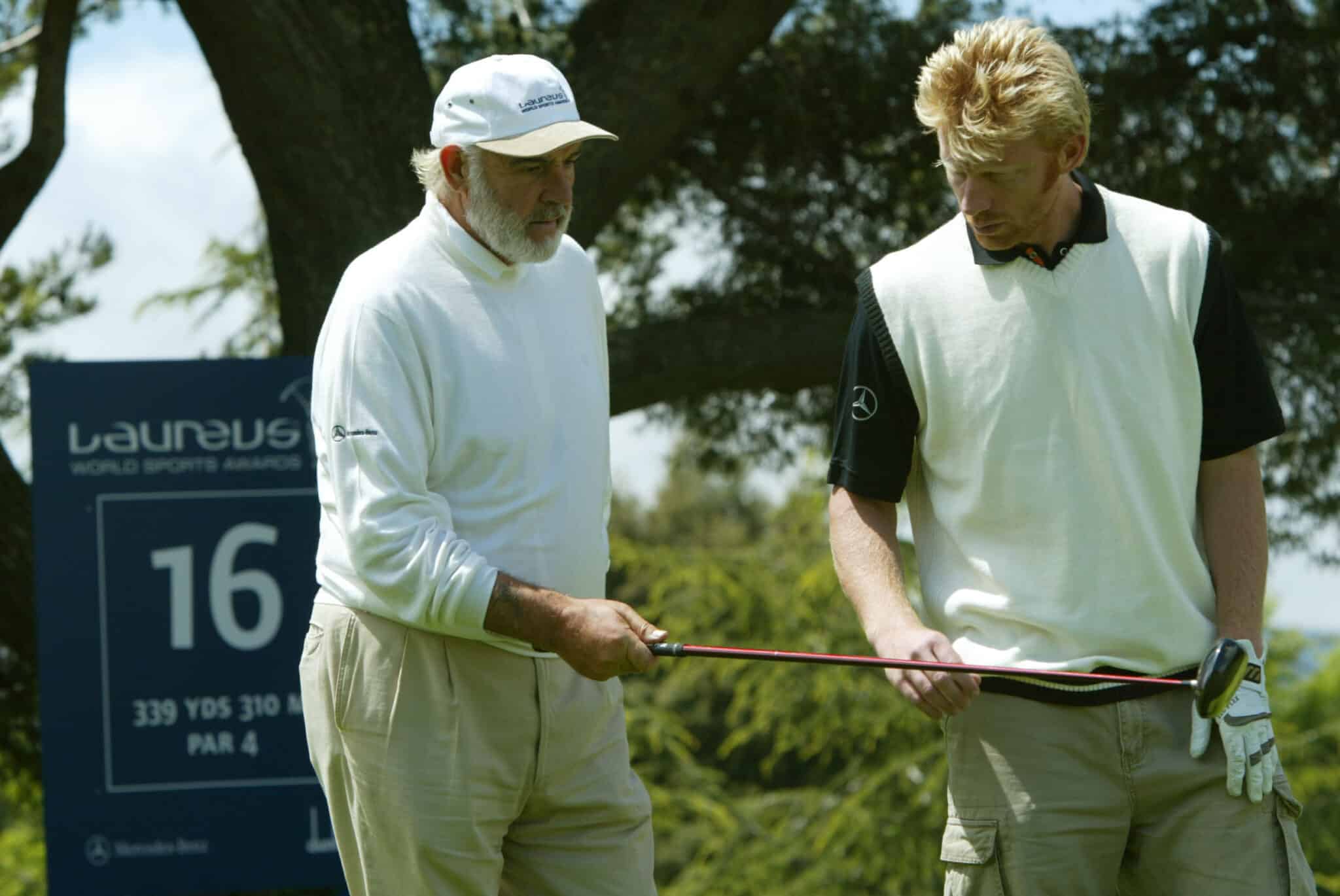 According to The Courier, Eastwood arrived with two Warner Bros executives in tow, gave autographs on arrival, and was smoking the same kind of thin cigars which had been his signature since A Fistful of Dollars.

Whilst no one would bat an eye at this behaviour in Hollywood, it didn’t go over well at the very traditional golf club, who denied Eastwood permission to film. While this was a hurdle that might easily have been surmounted, Golf in the Kingdom was also proving a challenge to adapt to film, and Connery could see it.

Michael Murphy said in 2011, “I played golf with Sean Connery back when everybody wanted to get Connery,” Murphy says. “The first thing he said to me when we met was, ‘Mercy, will you get that f- book off my back?'” 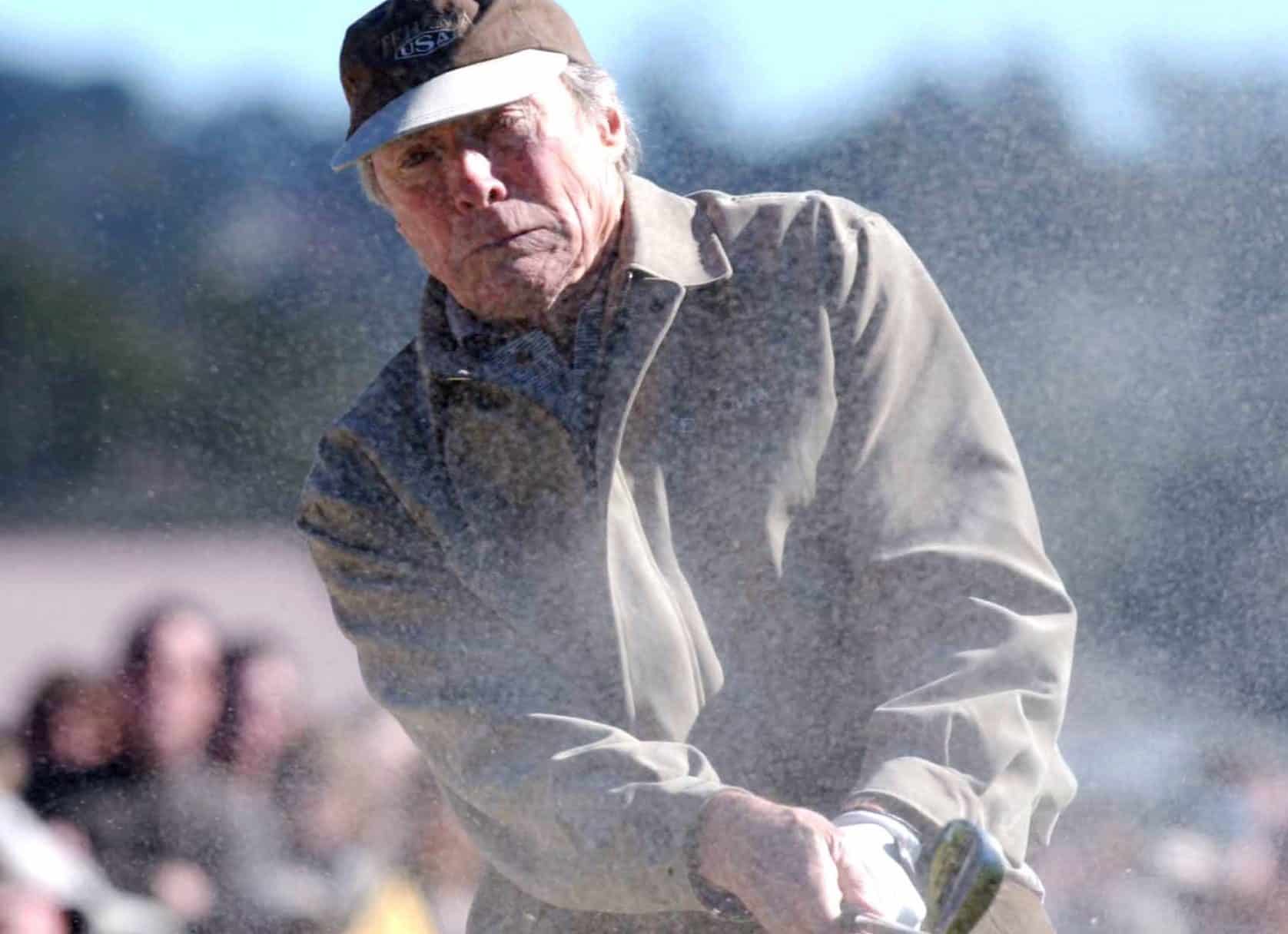 Murphy explained that Connery “said everyone was after him to do the thing and he wanted to do it, but after reading these various screenplays, he told Clint Eastwood that there’s no hope for this book, it can’t be made.” This, Connery remarked, left him “Sad, because a screen version of Golf in the Kingdom would have been a great double for me, combining my passions for golf and the movies”.

In a 1993 interview, Eastwood expressed his desire for a “vacation” having made Unforgiven, In the Line of Fire and A Perfect World back to back from 1991 to 1993. Ultimately, Eastwood evidently decided to take his break rather than make Golf in the Kingdom, not returning with a new film until The Bridges of Madison County in 1995.

Eventually, Eastwood’s hold on the rights expired, and the actor and filmmaker moved on to other projects. Murphy says that no fewer than 15 screenplay adaptations of Golf in the Kingdom were written over the years, with Good Will Hunting director Gus Van Sant among the other directors who tried to get it made without success. 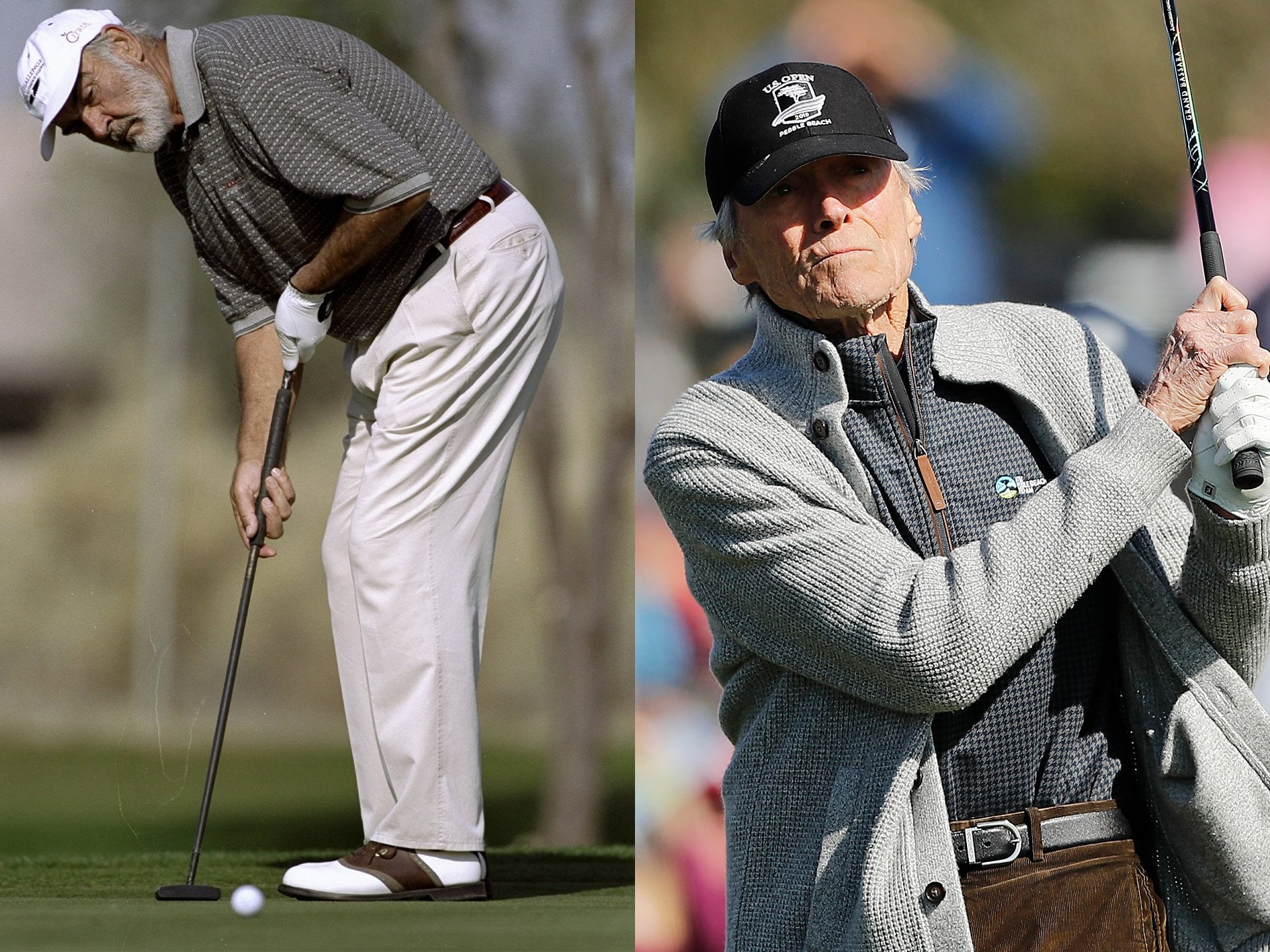 Golf in the Kingdom would finally reach screens in 2010, with David O’Hara (Braveheart) playing Shivas Irons. A low budget independent production directed by Susan Streitfeld, the film was met with poor reviews and audience indifference.

Connery, who passed in 2020, by all accounts remained a keen golfer to his final years. Meanwhile Eastwood, now in his 90s, still plays. The screen veteran remarks, “Once you fall in love with golf, you’re hooked. Sometimes you love it, sometimes you hate it. But that passion never leaves you. Crazy, isn’t it?”