Clint Eastwood is one of the biggest names in film history, having enjoyed a career on both sides of the camera going back over half a century. However, long before he became a legendary screen tough guy and two-time Oscar-winning director, Eastwood had a very close brush with death whilst serving in the US Army.

In September 1951, Eastwood was a passenger onboard a small military aircraft that got caught in rough weather and crash-landed into the Pacific Ocean, two or three miles off the shore of California. Fortunately, both Eastwood and the pilot survived, but things could have gone a whole lot worse. 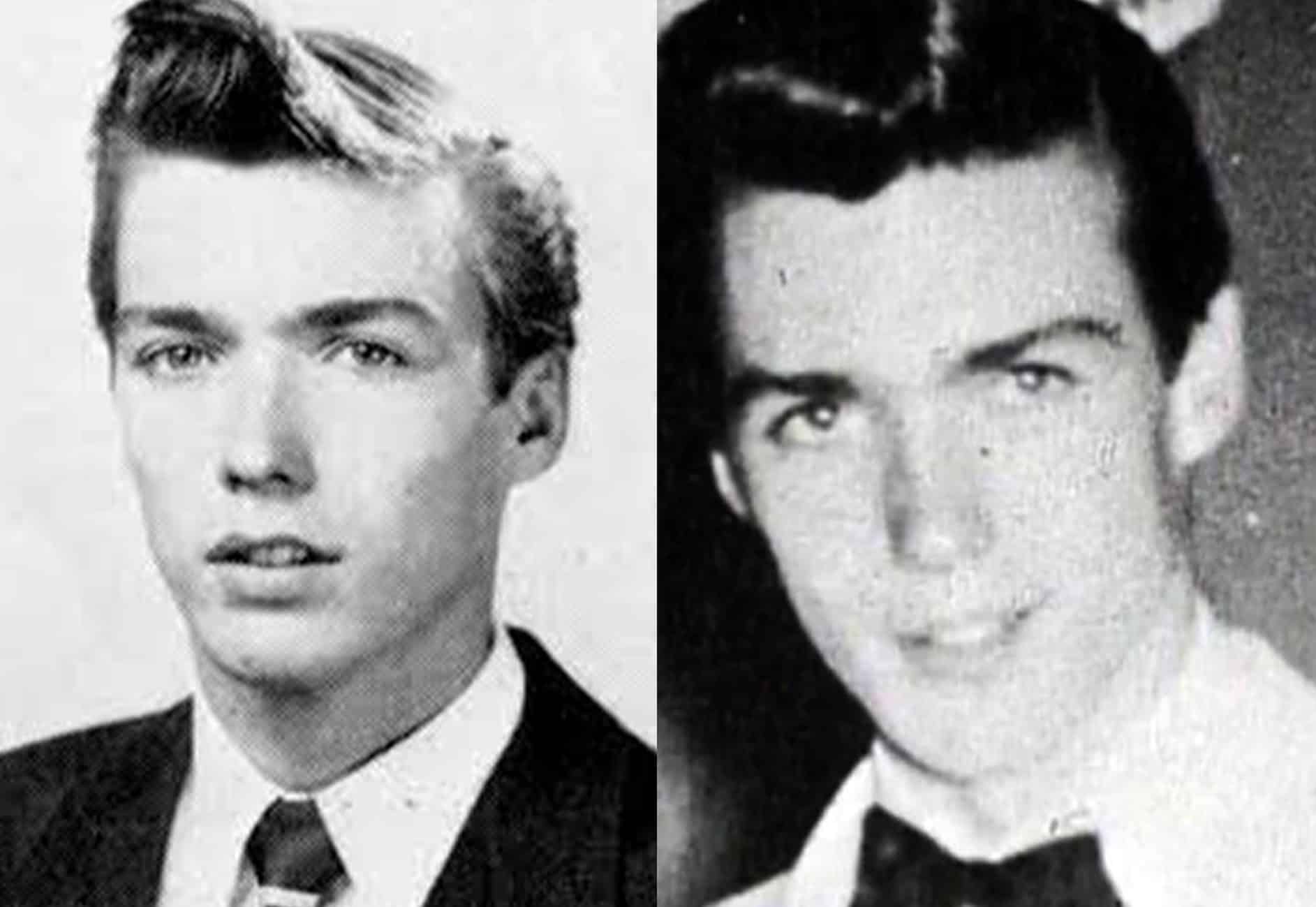 Clinton Eastwood Jr was born May 31, 1930. During high school, Eastwood had been a badly behaved student with low grades, and his acting experience was at that point limited to a role in a school play, which it’s said he didn’t particularly enjoy. He had, however, excelled at sports, having competed in basketball and swimming.

After high school, Eastwood held down a variety of short-term jobs before, aged 21, he was drafted into the Army. It was 1951, and the US was a year into its armed conflict in Korea, meaning many able-bodied young men like Eastwood were being shipped out to fight. 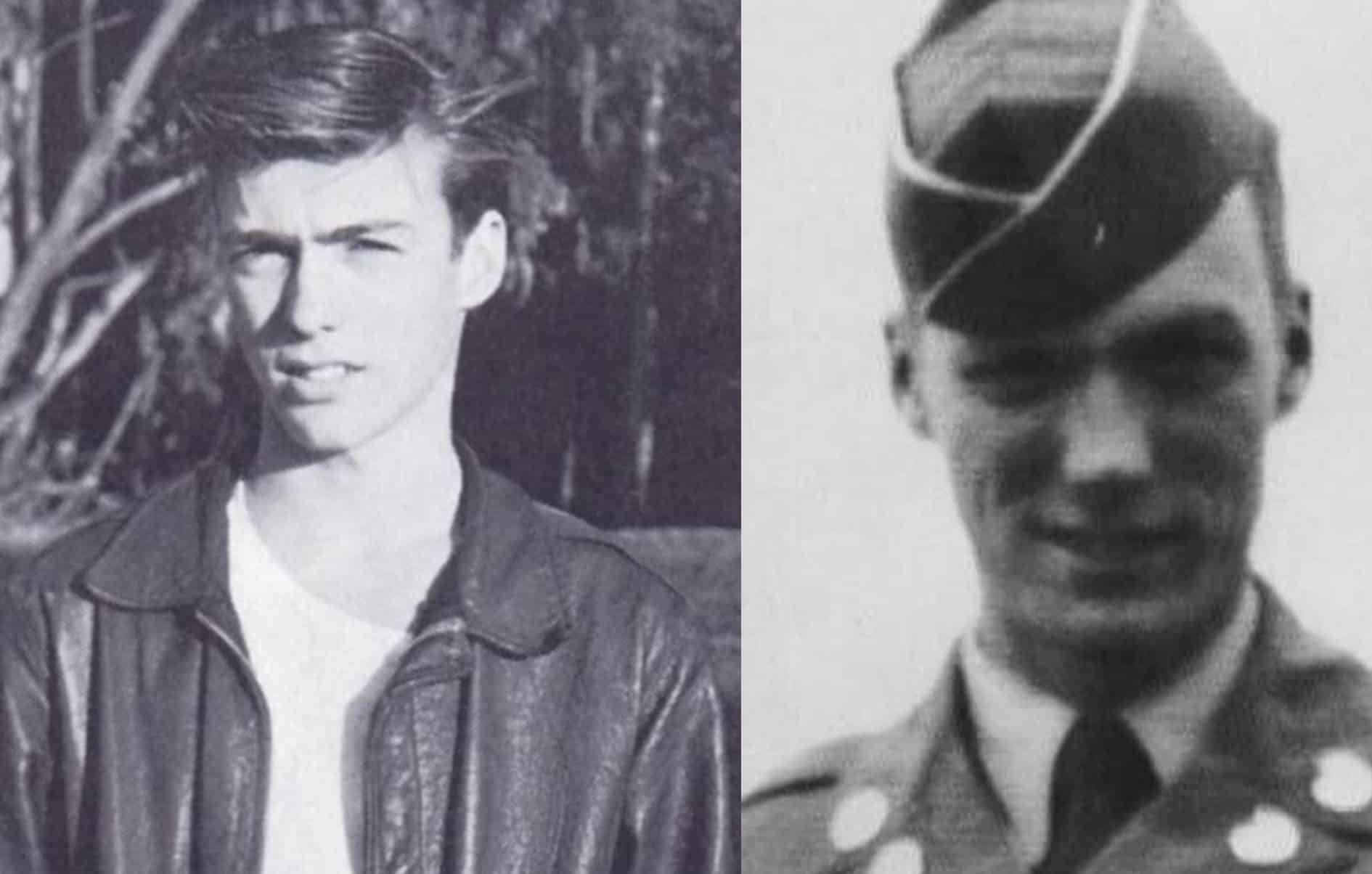 Fortunately for Eastwood, he wound up landing what most would consider a somewhat cushy assignment. After completing basic training at Ford Ord, California, the strong swimmer was kept on at the training facility as a swimming instructor and lifeguard.

In September 1951, Eastwood took some time off from the Army in Seattle. Accounts vary on why he was there; most sources say Eastwood had gone to Seattle to visit his parents, but according to his old school friend Don Loomis, Eastwood was in the city seeing a girl, who happened to be the daughter of one of his superiors at Fort Ord. 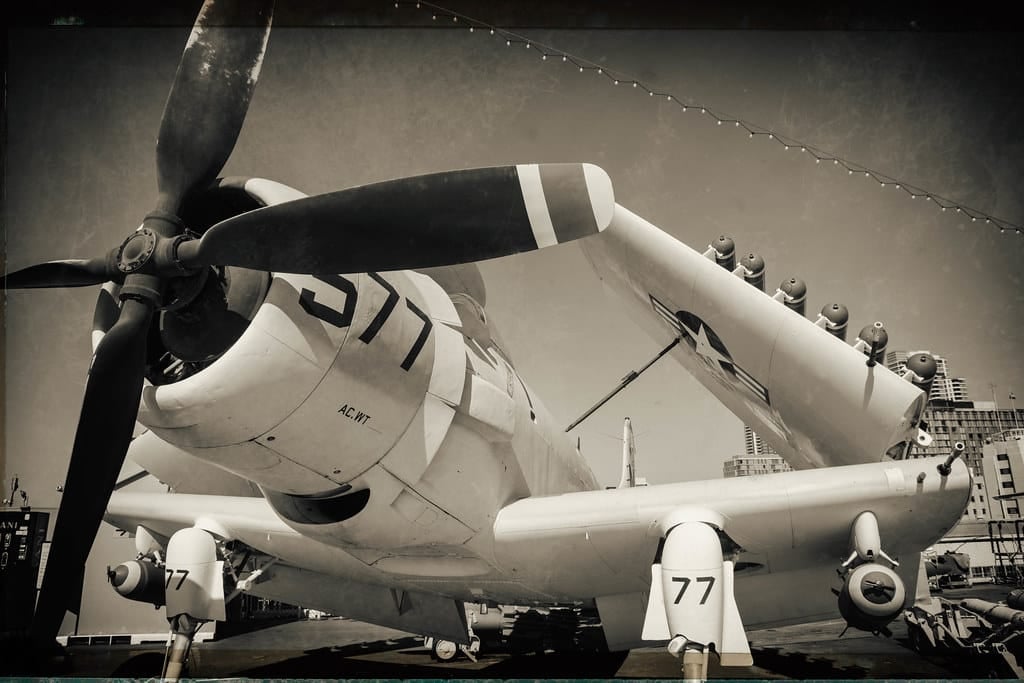 When it came time to take the 900-mile journey back down America’s west coast to Fort Ord, rather than take commercial transportation Eastwood simply asked for a lift at the local Naval base. The actor explained years later, “In those days, you could wear your uniform and get a free flight.”

One plane that happened to be headed in Eastwood’s direction on the day in question (September 30, 1951) was “a Douglas AD, sort of a torpedo bomber of the World War II vintage.” The two-seater vehicle had room for just the pilot and the passenger, and Eastwood himself “didn’t know anything about aviation at that particular time.” 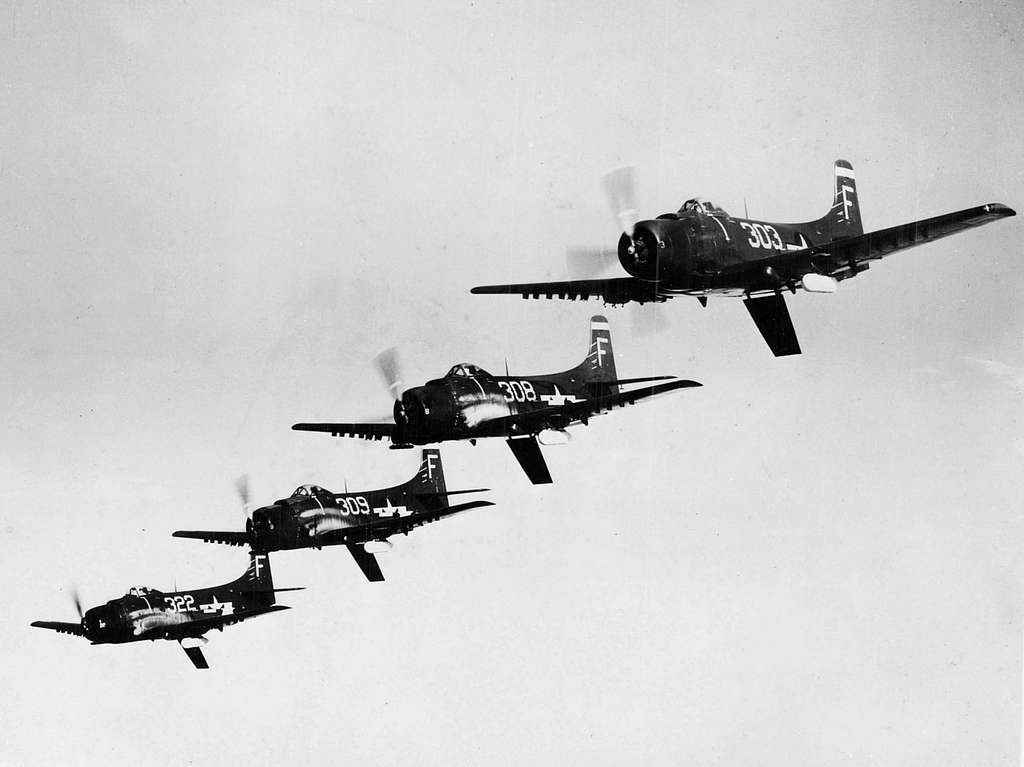 Eastwood’s plane, piloted by Lt Francis Coleman Anderson, took off alongside another US Navy AD-1 Skyraider, but during the southbound journey the planes got caught up in thick fog. The weather was so bad, in fact, that they lost sight and contact with the other plane. As if that wasn’t serious enough, Eastwood and Anderson’s plane at that point also found itself low on fuel.

Eastwood recalls, “Everything went wrong. Radios went out. Oxygen ran out. And finally we ran out of fuel up around Point Reyes, California.” They had no alternative but to attempt a landing in the waters below and bail out.

“So we went swimming”, Eastwood said later. “Very cold water. I found out many years later that it was a white shark breeding ground, but I’m glad I didn’t know that at the time or I’d have just died.” 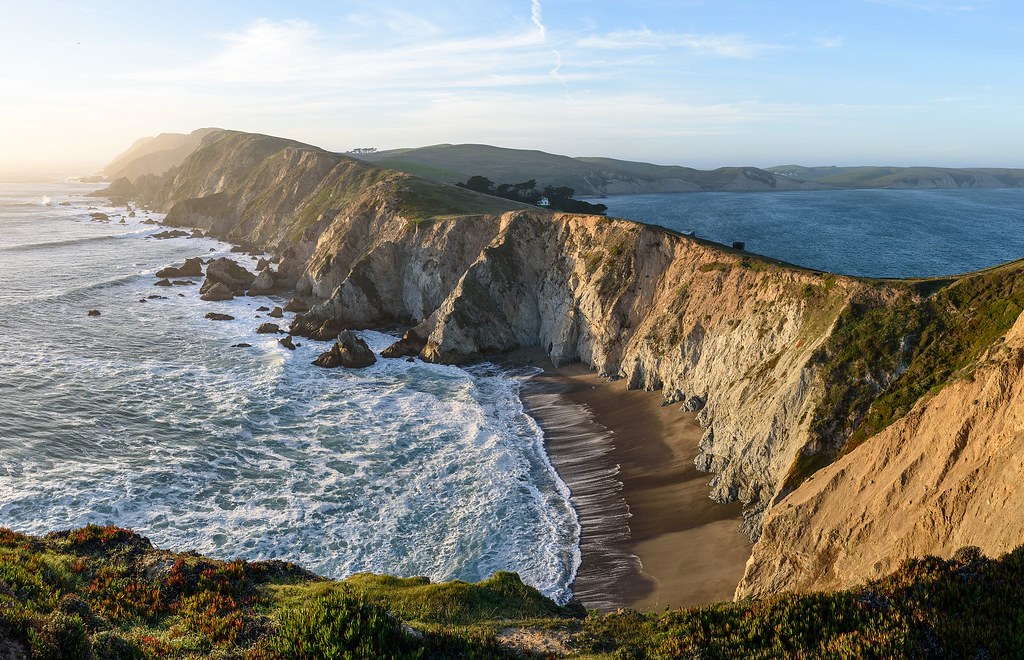 In another interview, Eastwood reflected, “We went down at about 4 o’clock in the afternoon. I could see the Marin County coast from a distance. I don’t know how far it was – it seemed like 50 miles, but it was probably a mile or two. Then it got dark. It was quite a way into nightfall before we reached it.”

Never before had Eastwood’s swimming skills been more essential. While he and Anderson had escaped in a life raft, Eastwood was reportedly thrown overboard in the harsh waves. As he swam towards shore, Eastwood would be pulled beneath the surface more than once. 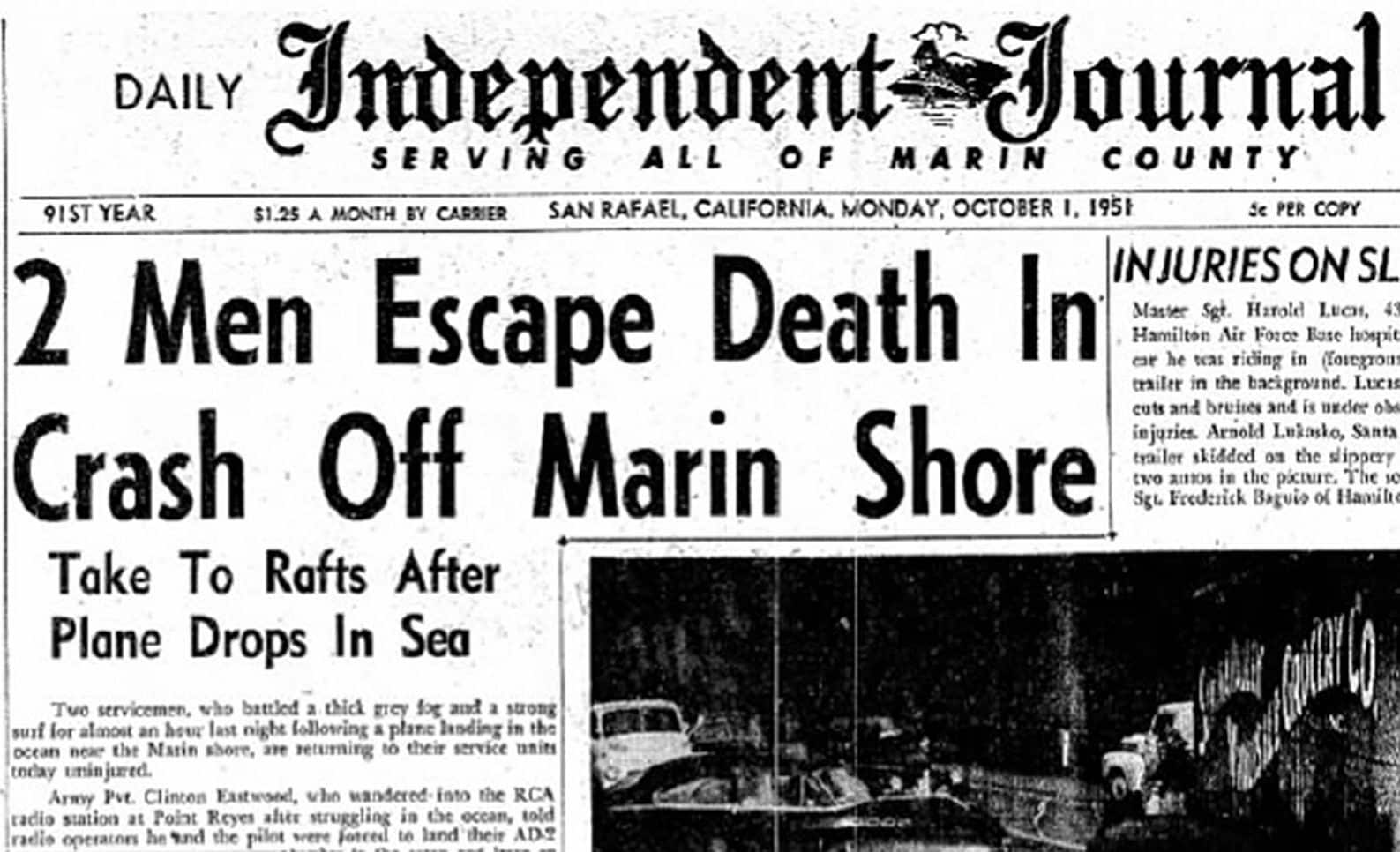 Anderson reached Marin without Eastwood, with no knowledge of his passenger’s fate. Fortunately, Eastwood eventually made it to the shore and after making it to the nearest building, a radio station, he was taken to a Coast Guard station for medical attention, where he and Anderson were reunited.

After making a full recovery, Eastwood returned to his post at Fort Ord where he remained until he was discharged from the Army in 1953. Sadly, early that same year, pilot Francis Anderson would be reported missing in action in Korea and declared legally dead. 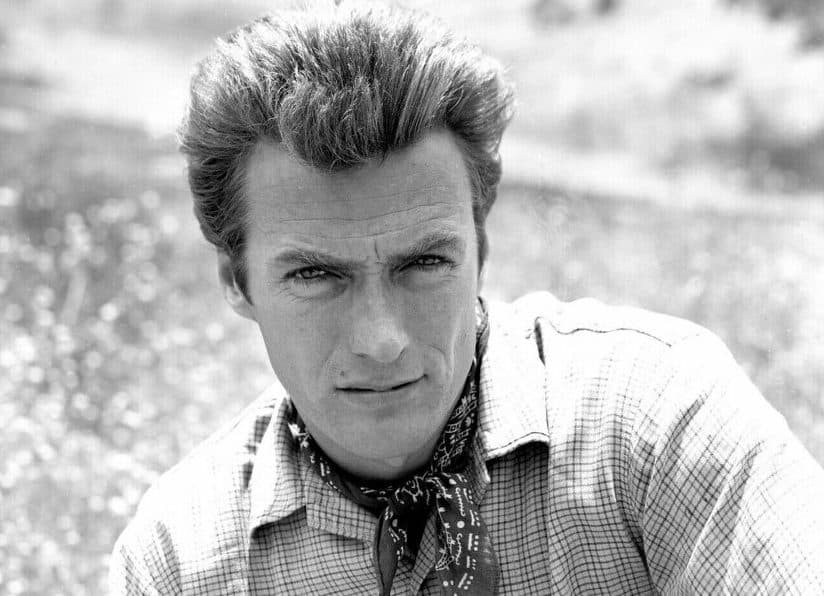 Returning to civilian life, Eastwood enrolled at a Los Angeles college to study business and supported himself with various odd jobs, until some old Army friends who had found work in the film industry suggested Eastwood might have luck there. Before getting his breakthrough in TV series Rawhide in 1958, Eastwood got his start in the business as a small-time bit-part actor.

One of his earliest roles was in monster movie Tarantula, which is notable for being the first of only two films in which Eastwood portrays a pilot, the other being 1982’s Firefox. Movies in which Eastwood swims are fewer, although a long and hazardous swim is a key part of 1979’s Escape from Alcatraz. 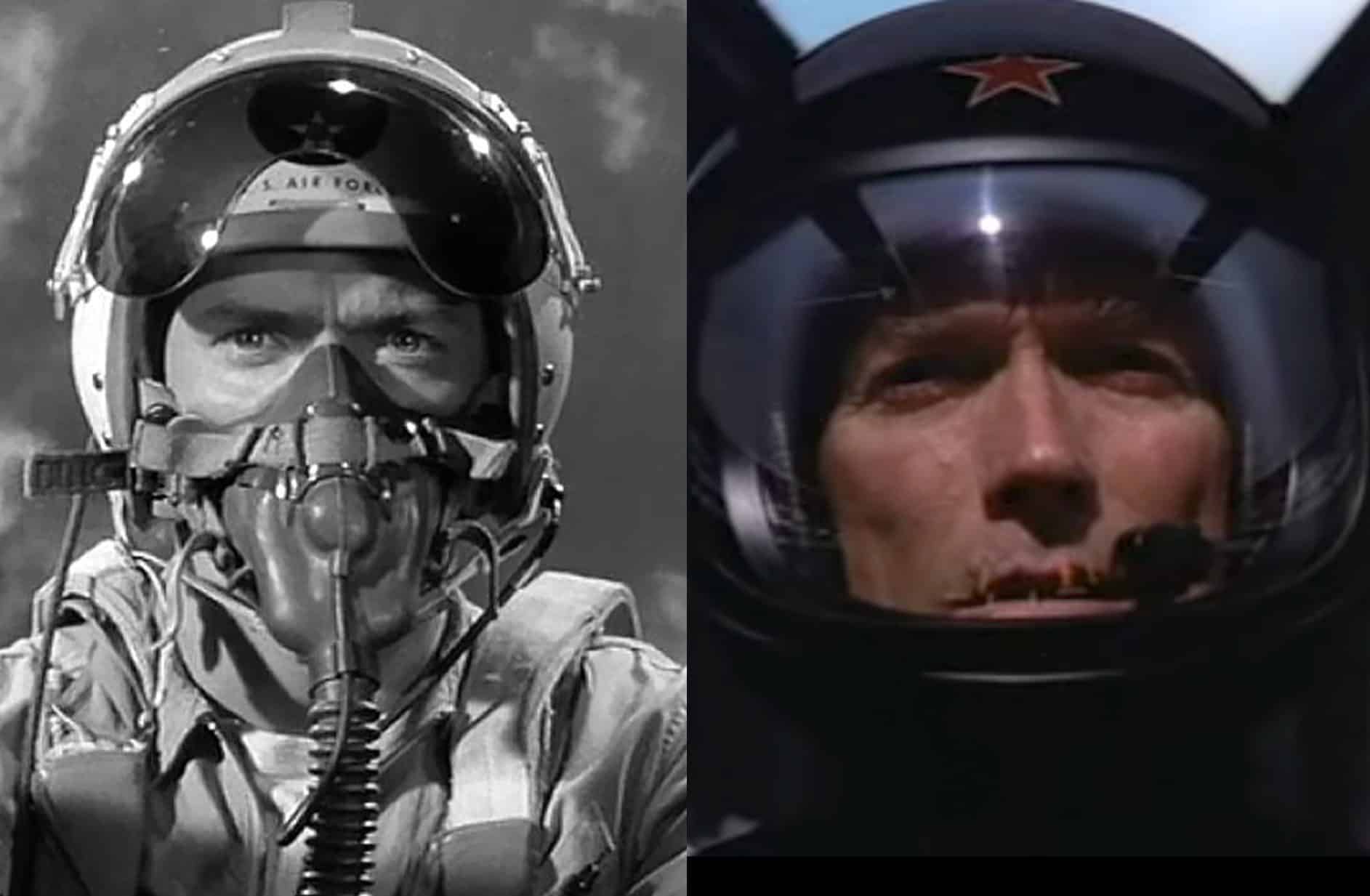 The 1951 crash didn’t put Eastwood off flying; he would, in fact, become a licenced helicopter pilot in 1990. Further down the line, Eastwood’s experience gave him a personal connection to the true story of Chesley Sullenberger, the airline pilot who successfully landed in the Hudson river after the engines failed, saving the lives of everyone on board.

As a director, Eastwood brought Sullenberger’s story to the screen in his 2016 film Sully, which cast Tom Hanks in the lead. Hanks was one of the many people convinced that his director’s personal experience compelled him to make the movie. 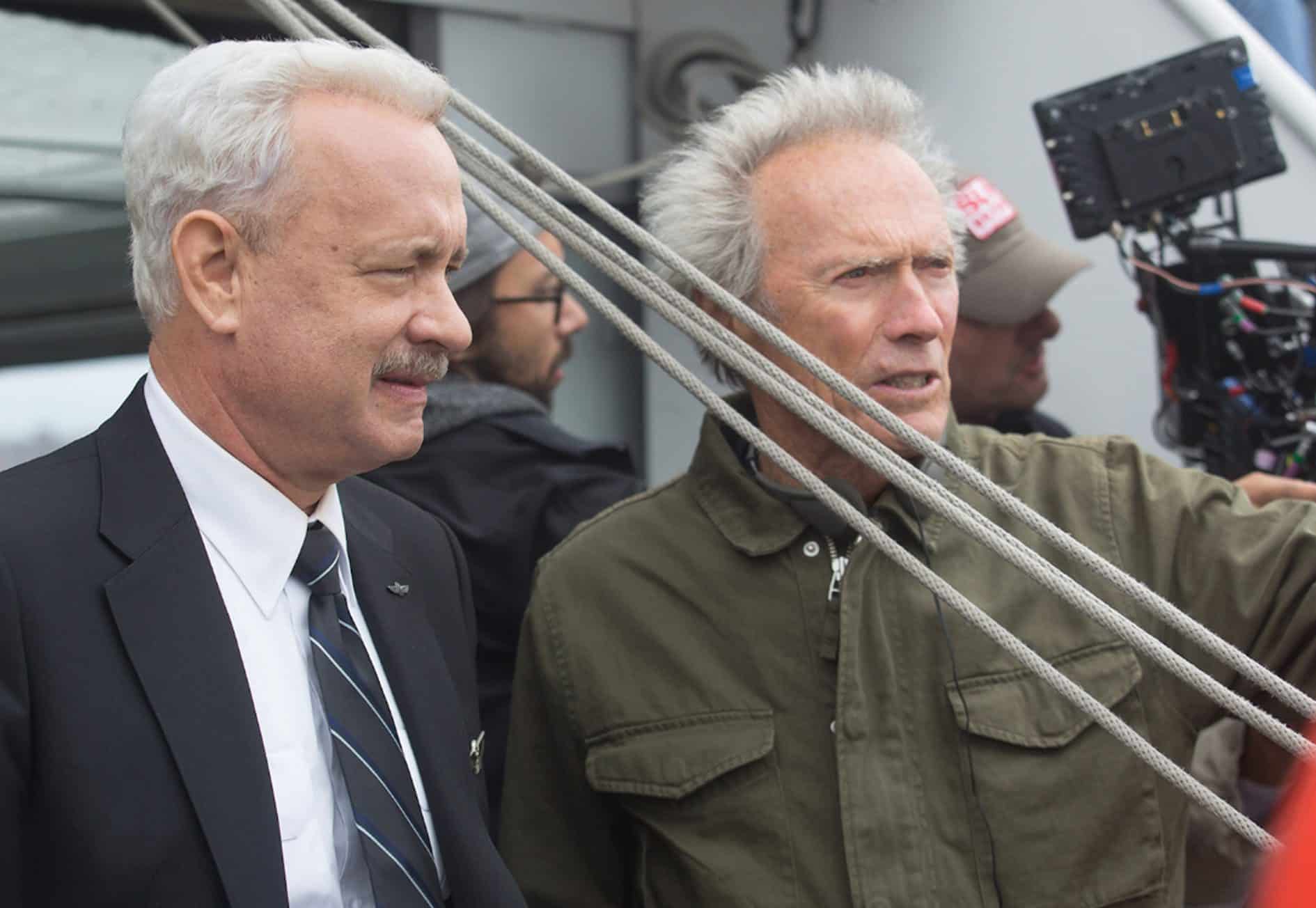 Hanks remarks, “[Eastwood] almost died! He almost froze in the water! I mean, no one else but Clint could have or should have made this movie.”

For his part, Eastwood says, “I definitely did think about it when I was shooting this. I’m probably the only director who’s actually been in a water landing. But it had no bearing on me making this movie. I would have shot this movie anyway.”