For many of us, American actress Barbara Hershey will always be best known for her performance alongside Bette Midler in Beaches, the celebrated drama which helped launch emotional, female-oriented films as a genre unto themselves.

Of course, Hershey’s role as Hillary Whitney is just one entry on the long and varied resume of an acclaimed actress who has been in the business close to 60 years, and who shows no signs of slowing down yet.

A native of Hollywood, Hershey was born Barbara Lynn Herzstein on February 5th 1948, and harboured aspirations of acting from an early age. She would get her first screen credit aged just 17, appearing alongside Sally Field on TV series Gidget.

As a child of the late 60s, Hershey became part of the countercultural movement that would change the face of American cinema. She appeared in a number of provocative dramas including Boxcar Bertha, one of the earliest films of iconic director Martin Scorsese. 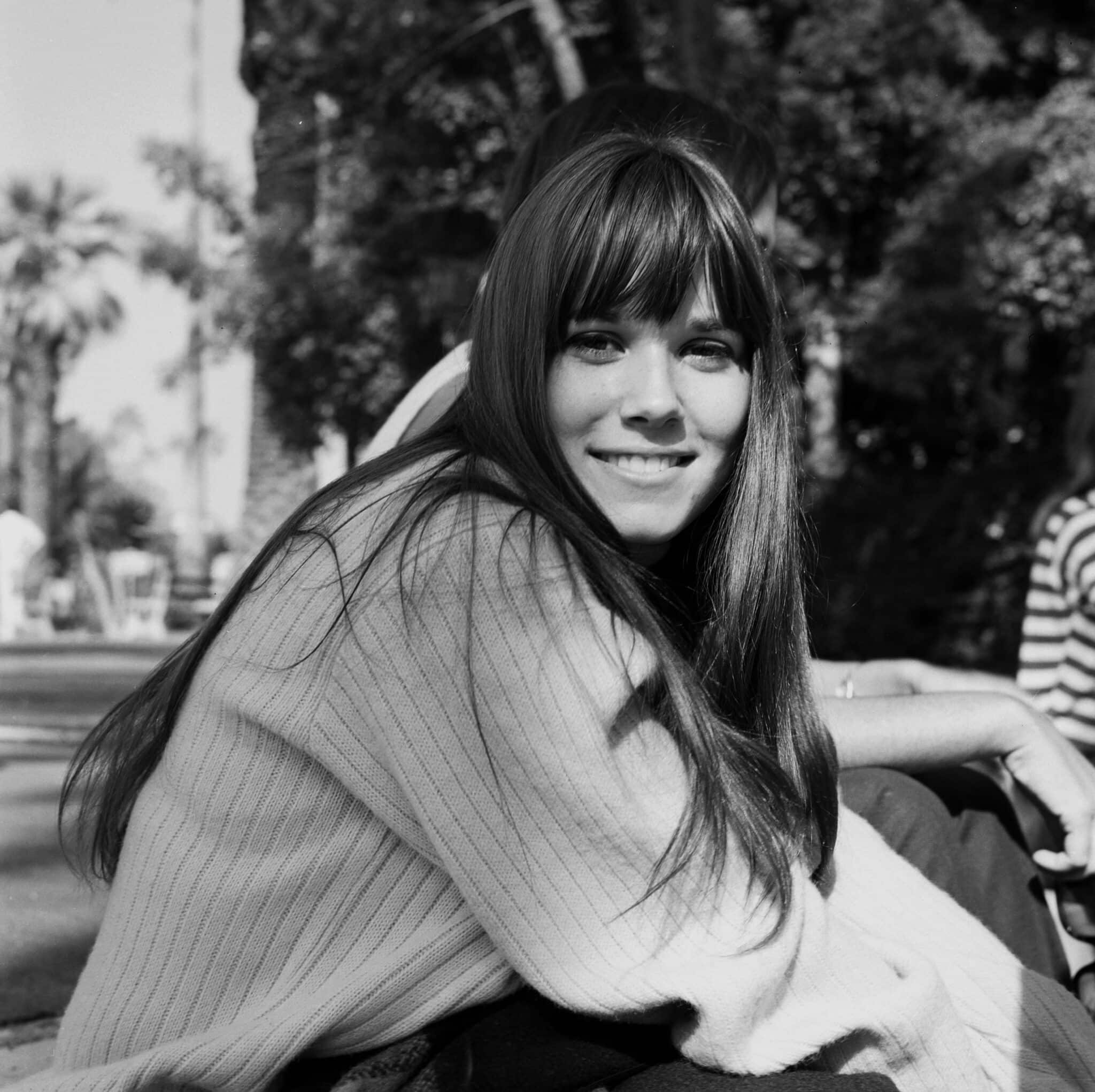 One incident on the set of 1969 film Last Summer made the actress notorious. Whilst Hershey was shooting a scene in which her character throws a wounded seagull in the hopes of making it fly, the bird was accidentally killed.

Hershey (who was in a long-term relationship with fellow actor David Carradine at the time) was so deeply affected by this that in 1972, she changed her stage name to Barbara Seagull.

In an interview given at the time, the actress stated of the dead bird, “I felt her spirit enter me.” This led to widespread ridicule, and studios soon became wary of casting her. 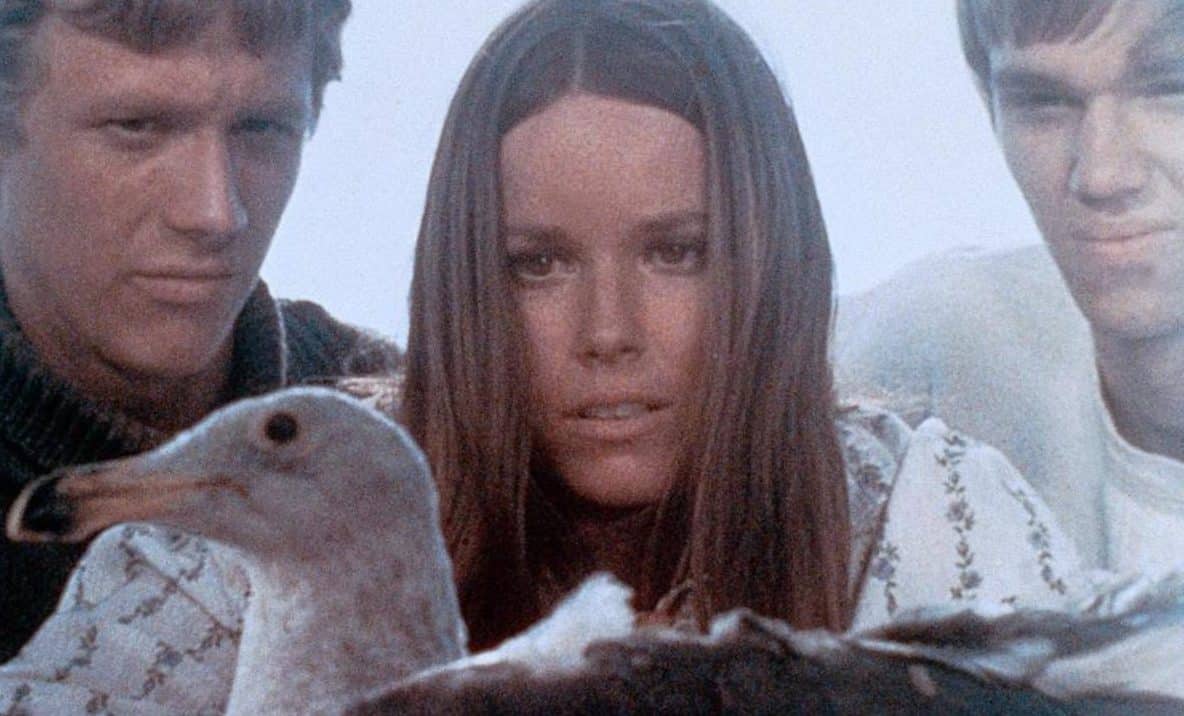 Reflecting on that period, Hershey remarked in 2021, “That’s the danger of 50 years of acting; you grow up publicly… you get misunderstood.”

Once the 1980s rolled around, Hershey ended her relationship with David Carradine, reverted to her original stage name and set out to re-establish herself as an actress to be taken seriously.

The decade saw Hershey appear alongside some notable leading men including Peter O’Toole in The Stunt Man, Sam Shepherd in The Right Stuff, and Robert Redford in The Natural. 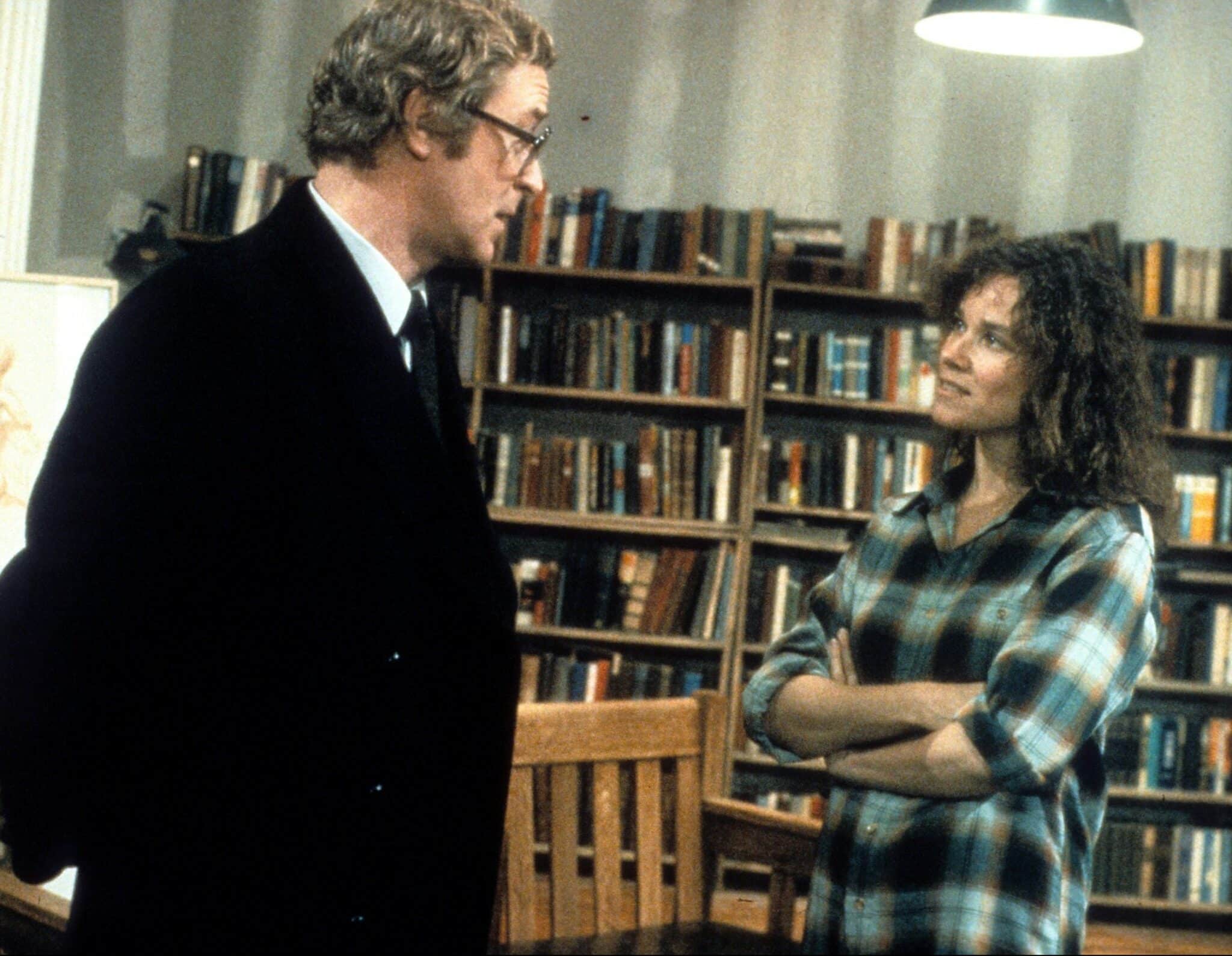 She also joined the cast of Woody Allen’s Oscar-winning film Hannah and Her Sisters, alongside Michael Caine and Dianne Wiest, both of whom won Oscars for their performances. (Allen himself was also awarded the Best Original Screenplay Oscar.)

1988 proved to be a very big year for Hershey. First, she reunited with director Martin Scorsese for what proved to be the most controversial film of their respective careers: The Last Temptation of Christ.

This project had a particular personal significance for Hershey, as many years earlier she had introduced the director to the Nikos Kazantzakis novel on which the film was based. 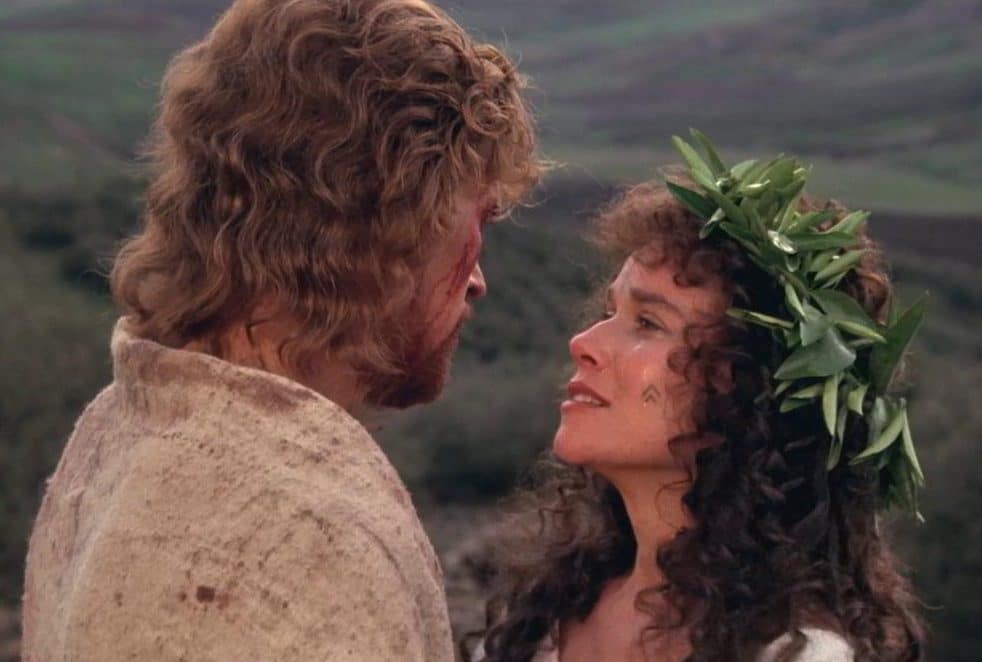 A controversial love scene between Willem Dafoe’s Christ and Hershey’s Mary Magdalene led to widespread protests, death threats against the director and a terrorist firebomb attack on a cinema in France that injured thirteen people.

Hershey (whose performance earned her a Golden Globe nomination) reflected: “Things happened that had nothing to do with the film itself. I think in retrospect – with distance – people have seen the film for what it is and not the controversy.”

It’s curious to note barely six months after the scandals surrounding The Last Temptation of Christ, Hershey enjoyed her greatest mainstream success to date in the film with which she remains synonymous: 1988 drama Beaches. 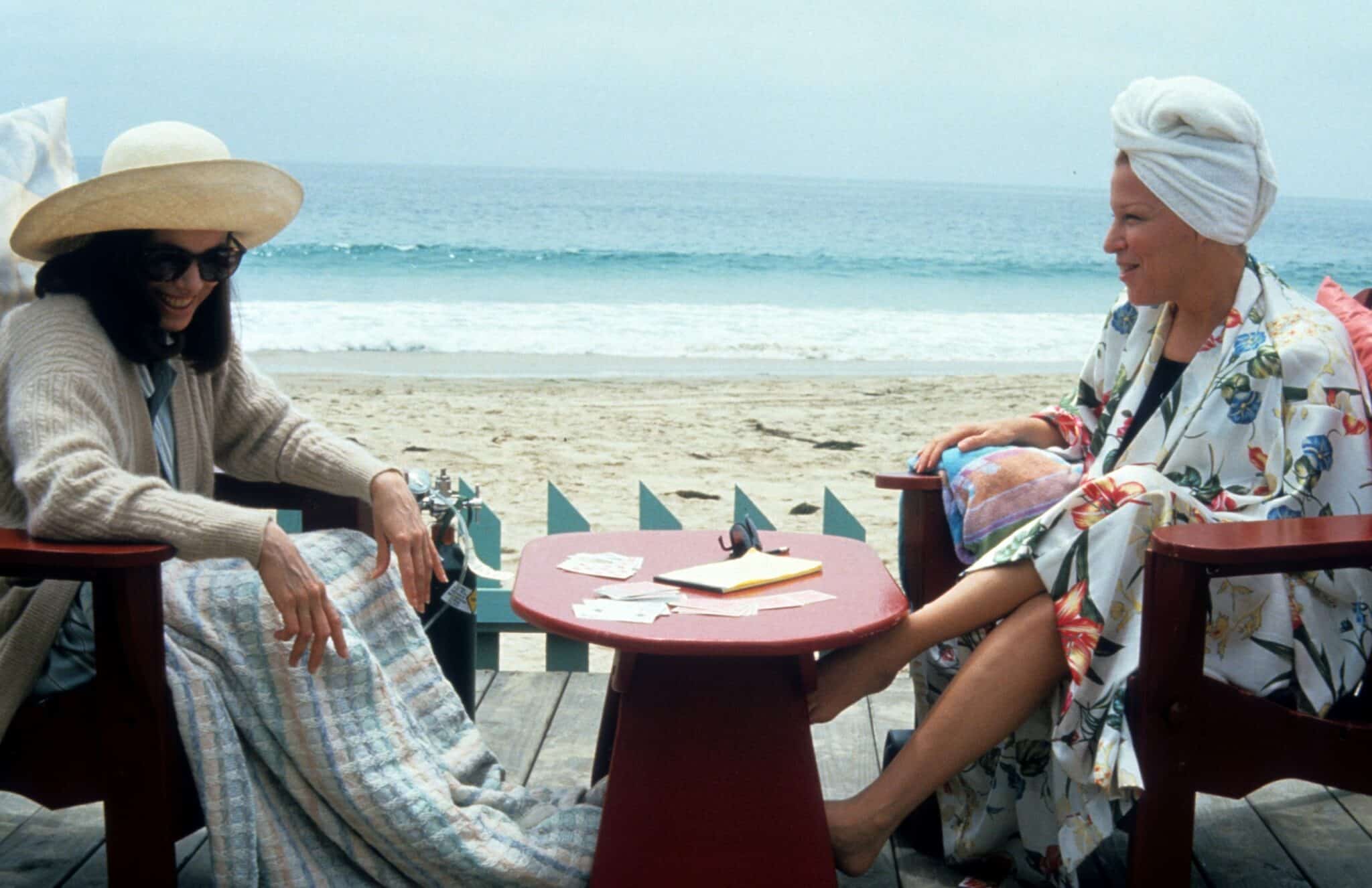 On release in December 1988, Beaches was met with a largely lukewarm response from critics, many of whom considered it sentimental and manipulative; again, most of Hershey’s notices dwelt on the actress’s surprise decision to get real collagen injections in her lips to match her character.

Nonetheless, Beaches was a hit with audiences, inspiring a new wave of heartfelt dramas aimed at women, with terminal illness frequently used as a plot device. Some called these ‘weepies’ or ‘tear-jerkers;’ more cynical critics dubbed them ‘chick flicks,’ a label which Hershey does not take kindly to. 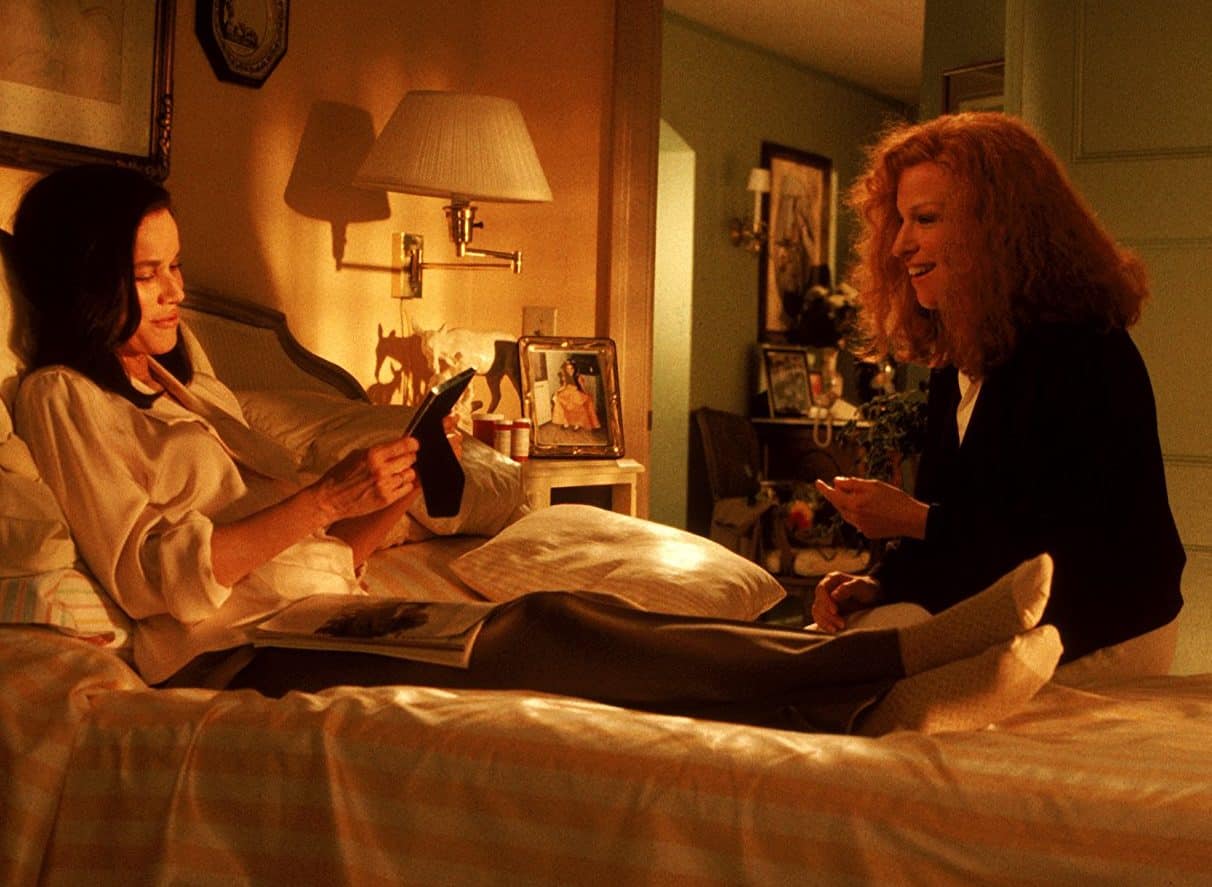 The popularity of Beaches resulted in Bette Midler’s theme song Wind Beneath My Wings becoming a Grammy-winning number one hit, and the film has since inspired a stage musical and a TV movie remake. Even so, the film didn’t necessarily catapult Hershey to the top of the Hollywood A-list.

In the years since, the actress has tended to eschew more mainstream movies in favour of more high-reaching and provocative material. This included Joel Schumacher’s 1993 thriller Falling Down and Jane Campion’s 1996 drama The Portrait of a Lady, which earned Hershey her sole Oscar nomination to date in the Best Supporting Actress category. 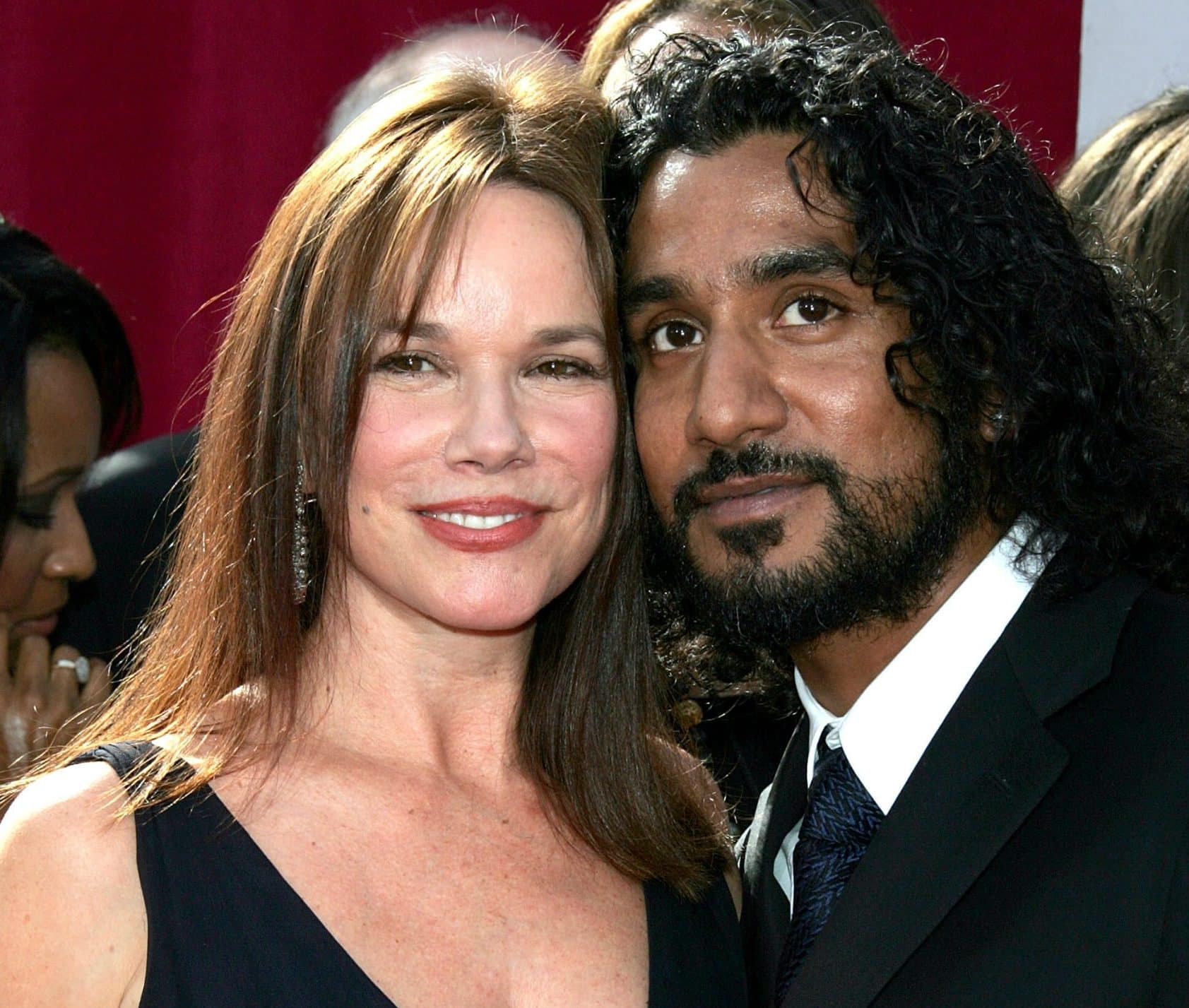 Even so, Hershey’s film career cooled off a little by the decade’s end. The actress wound up taking her first long-term TV role in many years when she joined the cast of medical drama Chicago Hope in 1999, ultimately appearing in 22 episodes.

Around this time Hershey began her only other high profile relationship with another actor, Lost star Naveen Andrews, with whom she stayed for ten years.

Hershey didn’t really return to the spotlight until 2010, when she appeared as the domineering mother of Natalie Portman’s ambitious ballerina in director Darren Aronofsky’s acclaimed psychological horror Black Swan.

While Portman’s lead performance garnered the highest accolades (landing her the Best Actress Oscar), Hershey was also praised for her work in Black Swan, earning a Best Supporting Actress nomination at the British Academy Film Awards. 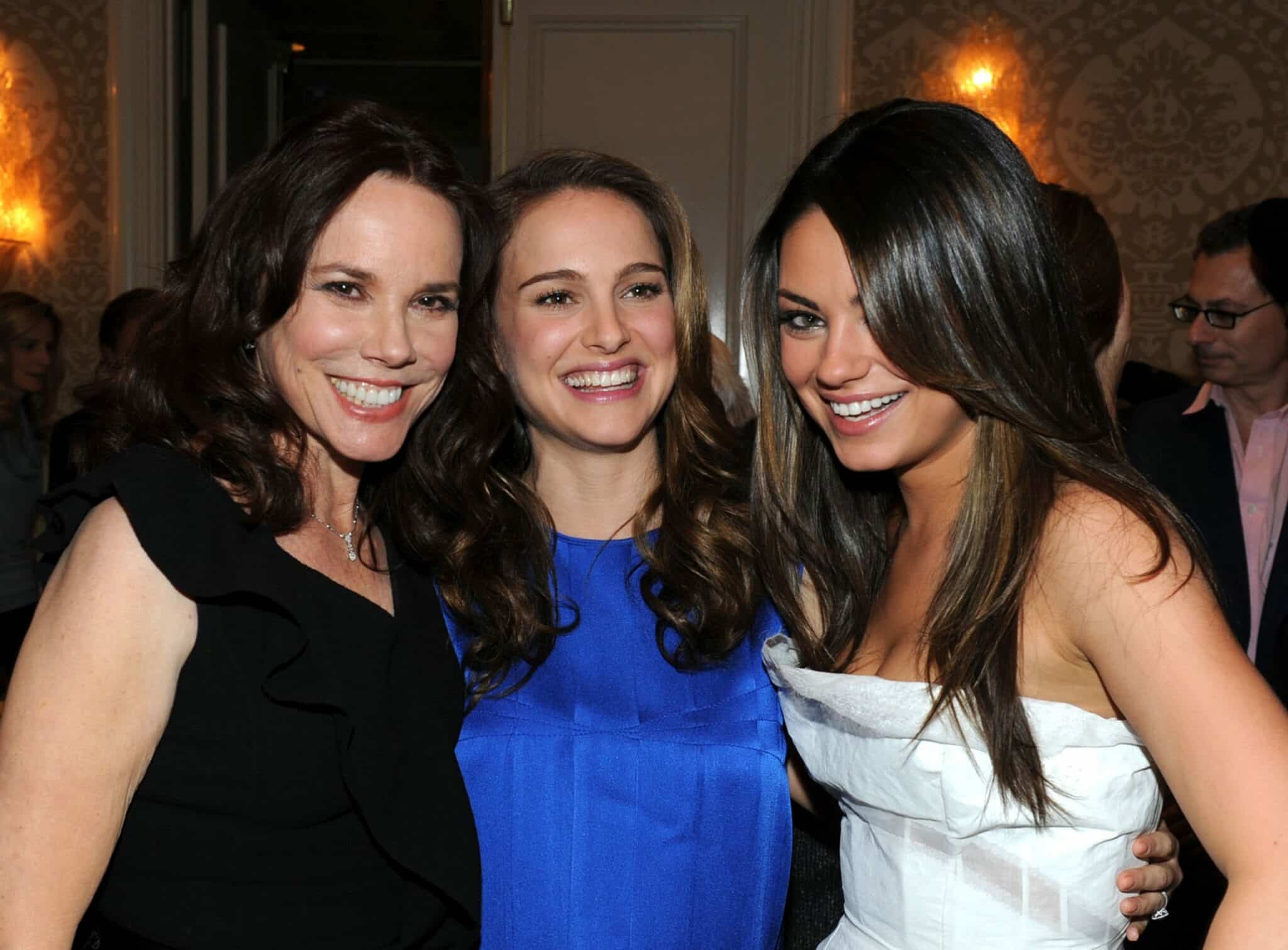 Black Swan would seem to have marked the start of a new career trajectory for Hershey. Having reached her 60s, the actress began taking more matriarchal roles, particularly in horror and fantasy.

Recent years have seen Hershey play an evil fairy tale Queen in TV’s Once Upon a Time, as well as taking a recurring role on small screen The Omen spin-off Damien, playing the grandmother in the Insidious series, and most recently taking the lead in Amazon original horror movie The Manor.

The Manor casts Hershey as an aging woman who moves into a haunted retirement home, and the actress says she was drawn by how writer-director Axelle Carolyn’s film confronts anxieties about growing old. 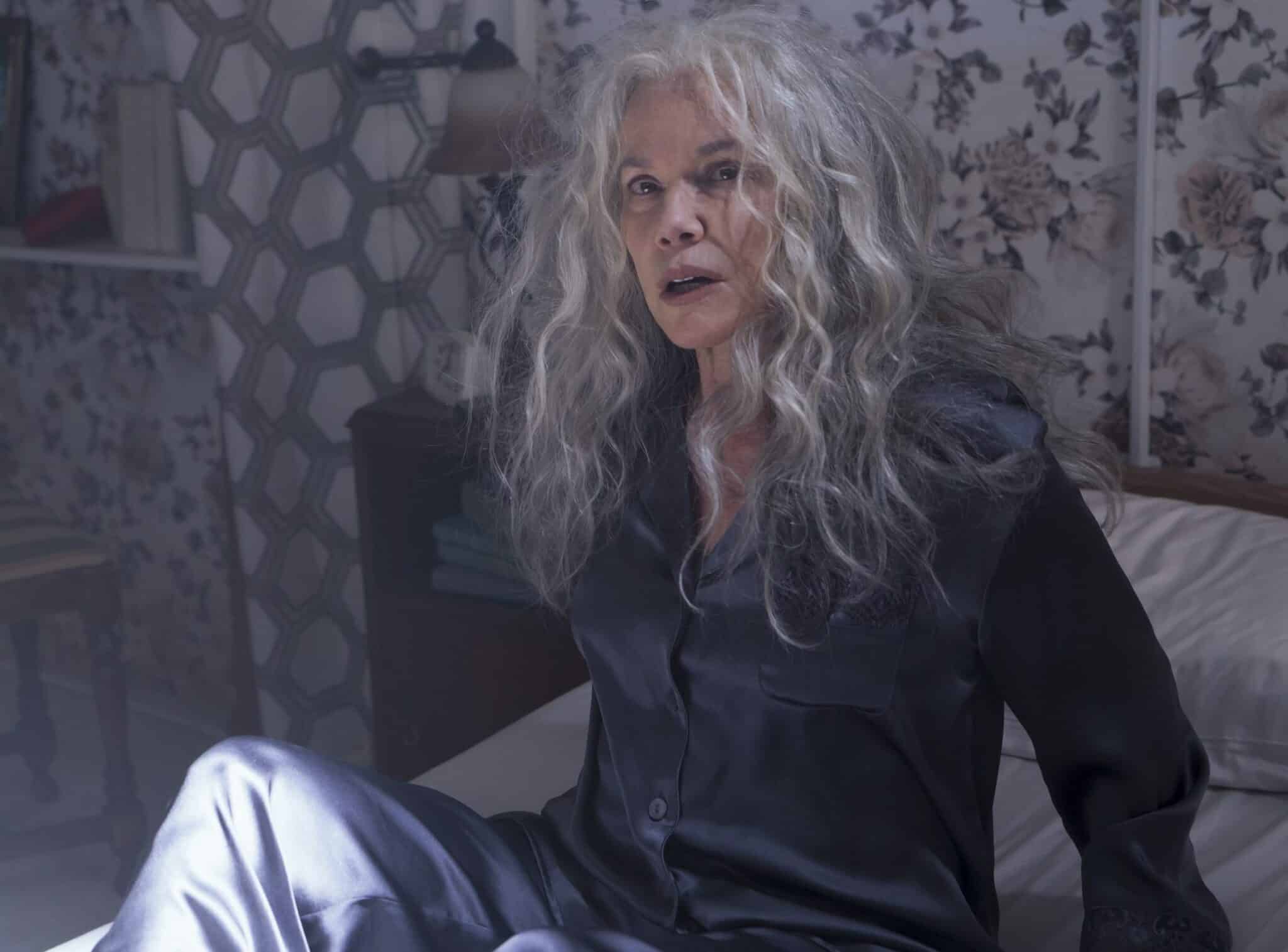 The actress explains, “I always say that I’m not afraid of aging – I’m afraid of other people’s reaction to my aging… Our society isn’t very kind to people as they get older.”

As she turns 74, let us hope that the film industry continues to be kind to Barbara Hershey, and that there is still plenty more great work to come from this talented and often underrated actress.