10 Glamorous Facts You Might Not Have Known About Bette Midler

Bette Midler is the original triple threat: she can sing, she can act, and – arguably best of all – she looks great in a witch’s costume.

This Broadway baby has been making history for three-quarters of a century and, between her projects currently in the works and her ongoing charity commitments, she’s showing no signs of slowing down.

Here are some facts that you might not have known about the incomparable Bette Midler.

10. She and her sisters are all named after Hollywood stars 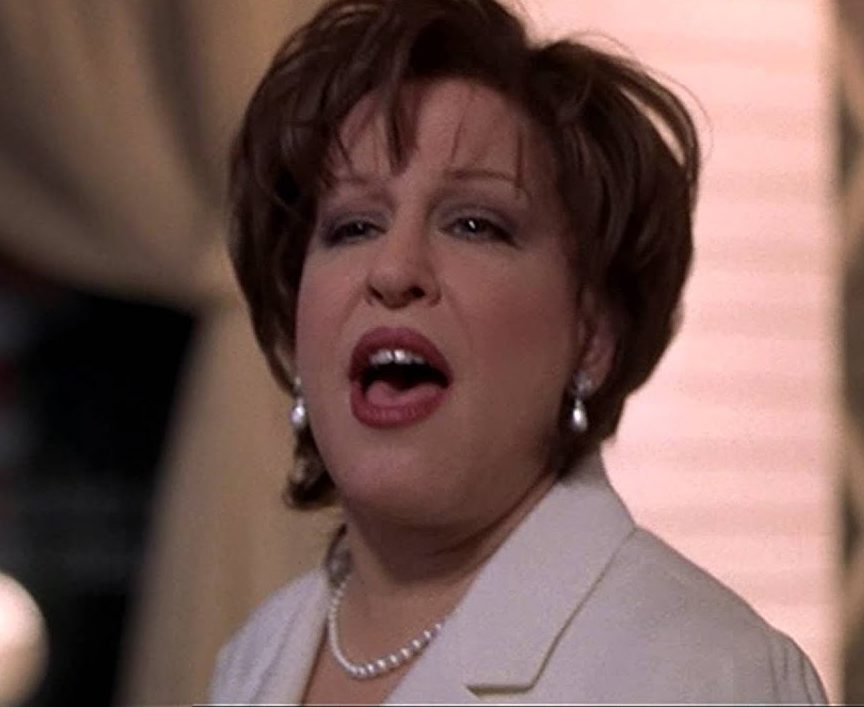 Bette Midler’s first name is pronounced with just one syllable, and the reason why is simple: Midler’s mother believed that was how Bette Davis also pronounced her name.

Midler was named Bette after the old Hollywood starlet, in order to set her up for success throughout her life. For good measure, Midler’s sisters were named Judy and Susan, after Judy Garland and Susan Hayward respectively.

9. She once collaborated with Mick Jagger on a Rolling Stones cover

Bette Midler has covered a lot of songs throughout her life, even releasing a whole album of covers dedicated to the history of girl groups. However, one of the odder songs in her repertoire is The Rolling Stones’ Beasts of Burden.

Midler recorded her own version of the track, which peaked at number 71 on the Billboard hot 100, and even invited Mick Jagger to co-star in the music video. The video sees the two performing on stage and getting pies thrown at them from the audience, which Jagger apparently loved. 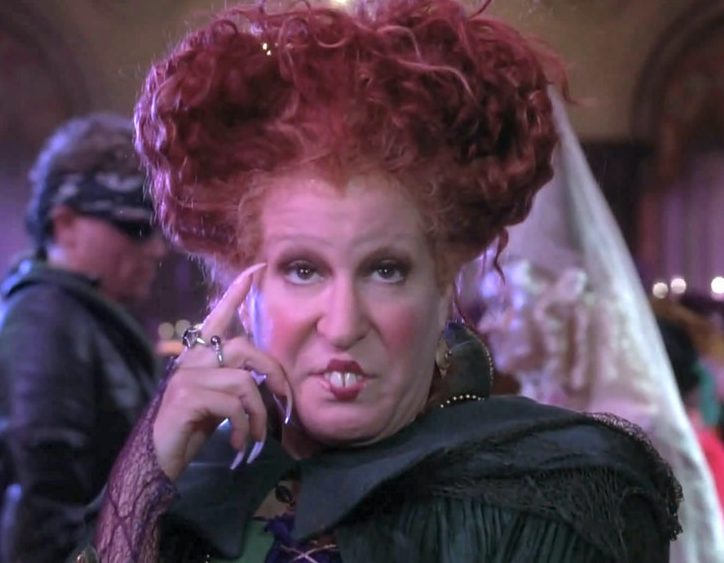 Midler has been a lifelong ally to the LGBT+ community, and has even received the Lifetime Commitment Award from AIDS Project Los Angeles for her continual fundraising and campaigning efforts in the wake of the AIDS crisis.

That is partly the reason why she was asked to headline New York’s Pride event, on the 50th anniversary of Stonewall. The roster was stacked with other performers, such as Cyndi Lauper, but it was Bette Midler who closed out the historic show.

7. She fell off a moving platform while performing in Hello, Dolly! 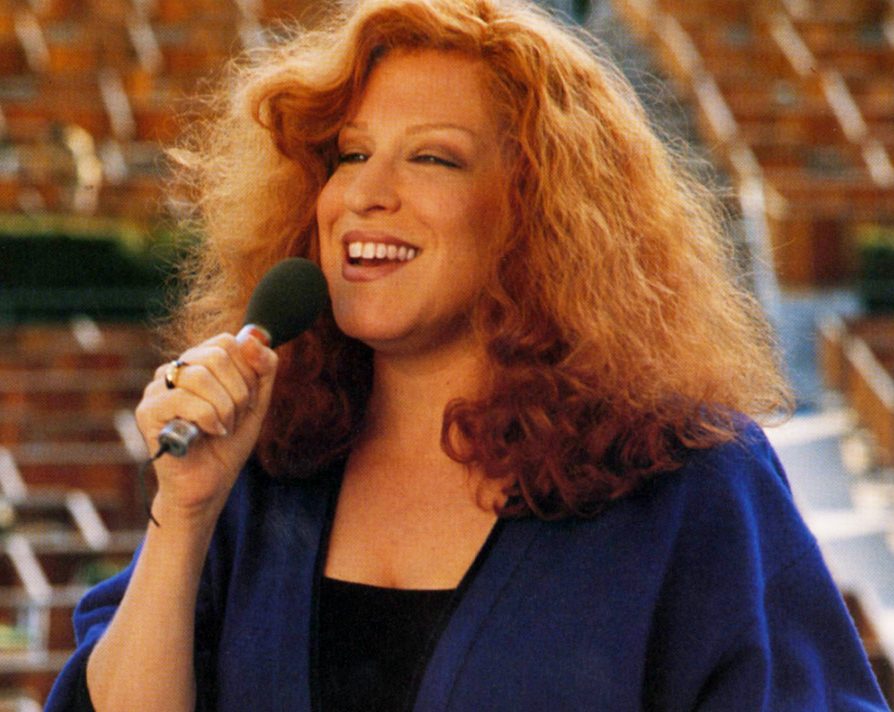 Though Bette Midler was given a special Tony Award in 1974 for “adding lustre to the Broadway season”, she did not win an actual Tony Award for acting until 2017, when she was awarded Best Actress in a Musical for her performance in Hello, Dolly!

Midler starred in the revival of the classic show when she was 71 years old, and apparently, applause on her opening night went on for so long that the rest of the show ran late. Unfortunately, later in the run two pieces of set collided and caused Midler to fall from a significant height at the end of act one, but she was back up and at it by the start of act two!

6. She was nominated for an Academy Award for her first-ever movie role 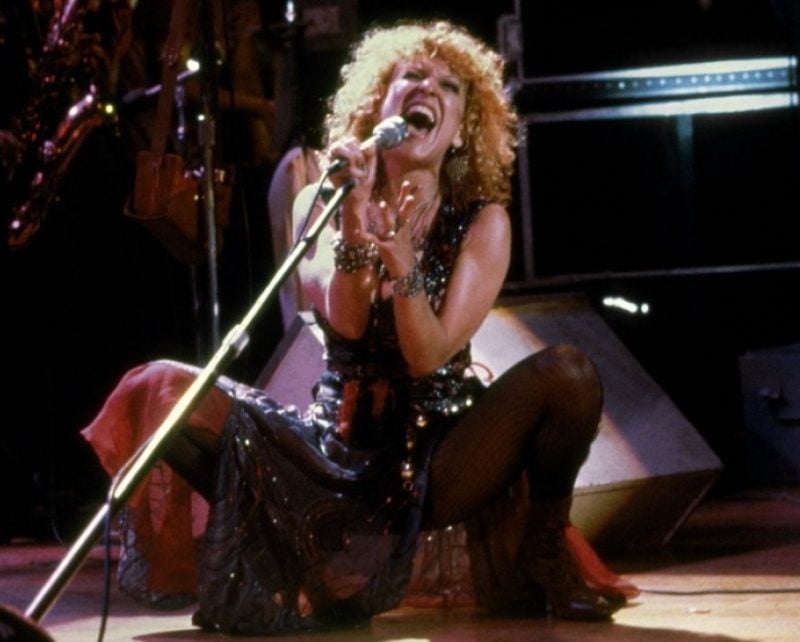 In 1979, Bette Midler starred in her first official feature film, playing a bad-girl rockstar styled after Janis Joplin in The Rose.

Midler’s portrayal of a charming but out of control performer who drinks, swears, sings and eventually dies won her a Golden Globe, and even netted her an Academy Award nomination. Not bad for her first-ever major movie role.

5. All of her grandparents are Jewish emigrants 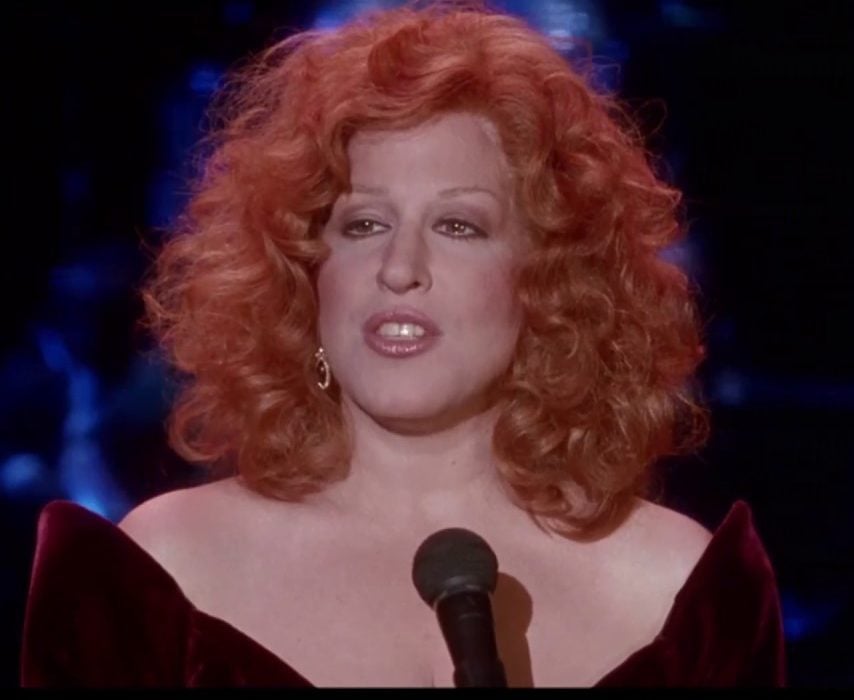 Bette Midler was raised in Hawaii for much of her childhood, despite both of her parents spending most of their lives in New Jersey.

4. She has planted over a million trees in New York City 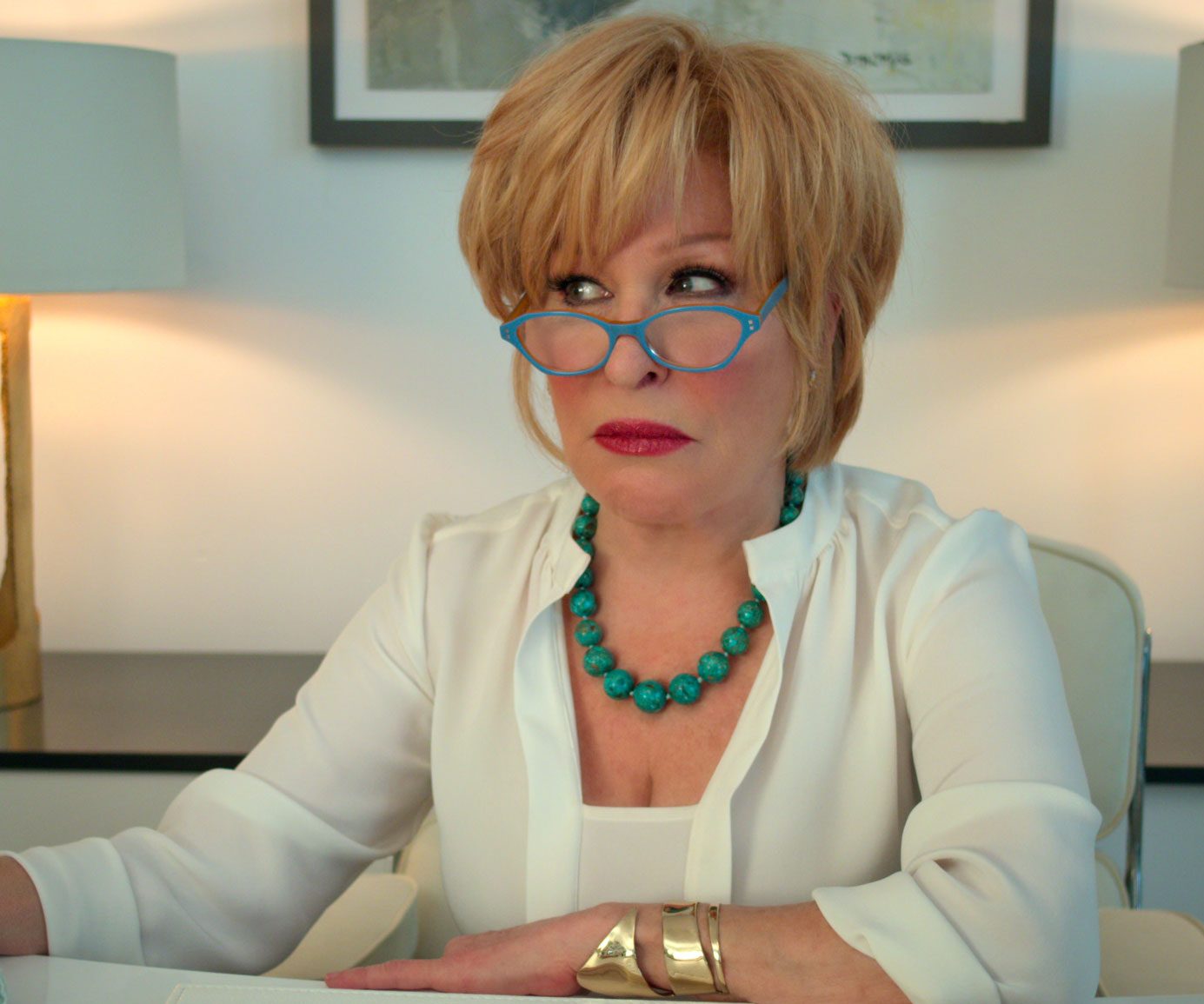 As well as her charity work for LGBT+ causes, Bette Midler has also turned her hand to beautifying the city she has spent so much time performing in: New York.

Midler created the New York Restoration Project in 1995, and the organisation has since planted over one million trees in the area. Midler has hosted many charity performances to benefit the cause, as well as selling exclusive Hocus Pocus themed treats around Halloween, with proceeds going to the organisation.

3. One of her first-ever gigs involved singing alongside Barry Manilow

Bette Midler might be an iconic name now, but in the early days of her career, Midler was simply known as The Divine Miss M. The name came about when Midler was performing at the Continental Baths, a gay bathhouse in New York.

Midler hosted a weekly cabaret at the bathhouse and was accompanied on piano by none other than Barry Manilow, who was at that time an unknown session musician.

2. Her first job was at a pineapple processing plant in Hawaii 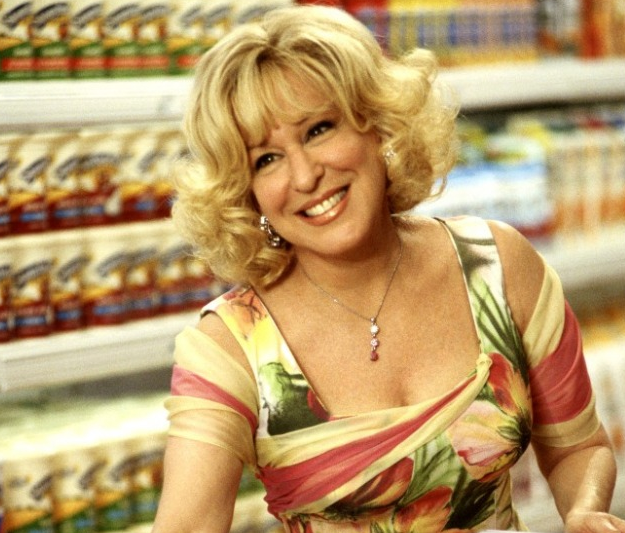 Early in her life, Bette Midler was offered the chance to work as an extra on some Hawaiian films, which she took without question. The work was uncredited, but it gave her enough money to pay her way to New York, where she immediately set about becoming a star.

However, before those opportunities rolled around, Midler worked at a processing plant on the island, processing Dole pineapples. She hasn’t said much about the job in interviews, but we can assume that it’s probably not as whimsical as it sounds.

1. She has starred in some of the biggest shows in musical theatre ever 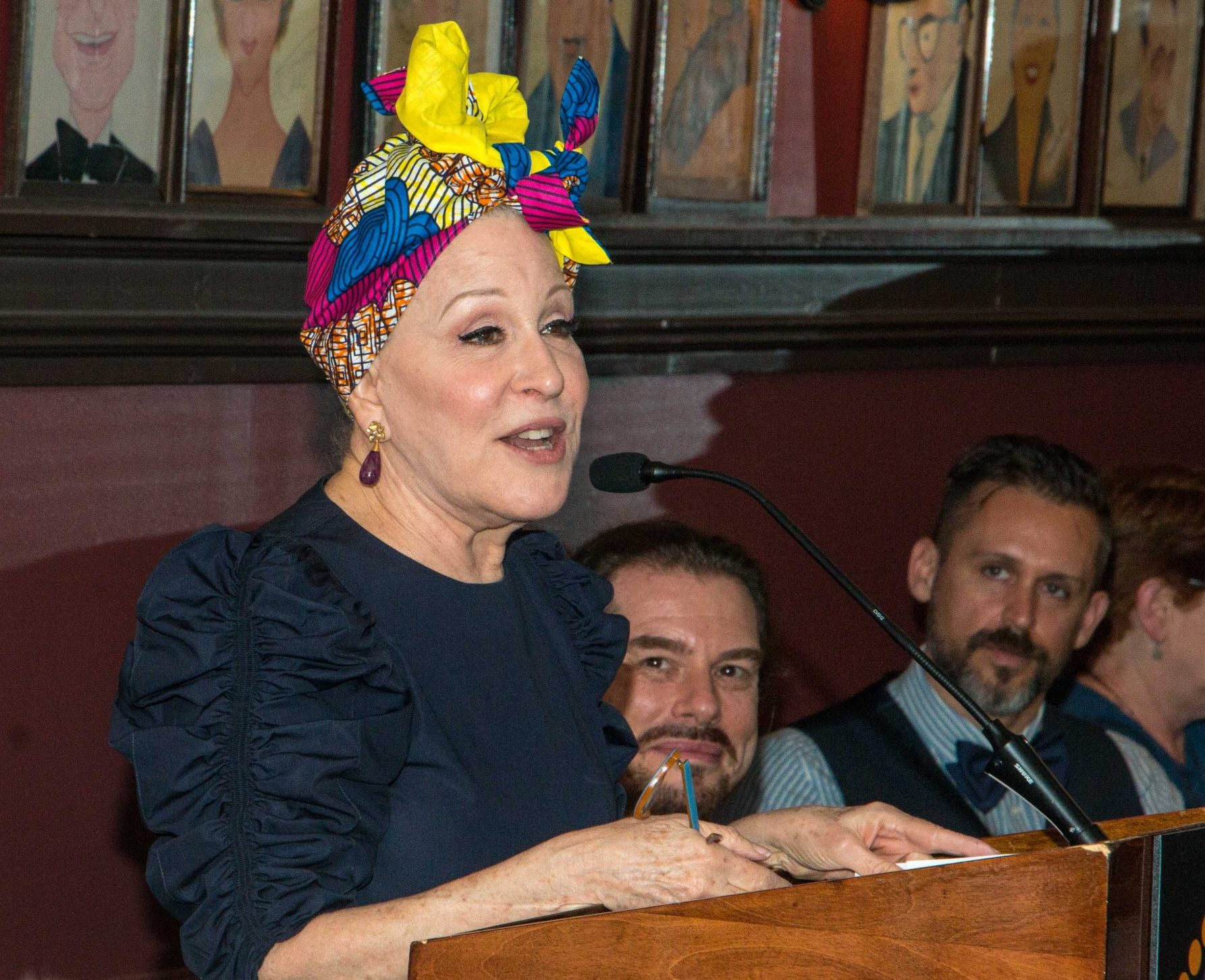 Whether on-screen or on stage, Bette Midler has taken on some of the most formidable parts that exist in the theatre.

From the titular character in Hello, Dolly! to Mama Rose in Gypsy, Midler has cemented herself as an acting legend.