Cheers holds a very special place in TV history. Not content with being the most-watched sitcom of the 80s, it was one of the most popular TV shows of the decade, period. Against all odds, it maintained that popularity and quality throughout; to this day, Cheers represents a gold standard for sitcoms. Here are some interesting facts about the show you might not have known.

10. It was the longest-running sitcom ever when it ended in 1993

Boston bar Cheers opened its doors for the first time in September 1982, and then closed them almost 11 years later in May 1993. The show ended with 275 episodes made and aired – officially the most episodes of any live-action sitcom up to that point.

Cheers would hold this record for just over 26 years, until The Big Bang Theory ended in May 2019 with 279 episodes to its name.

9. It was almost cancelled after its first season 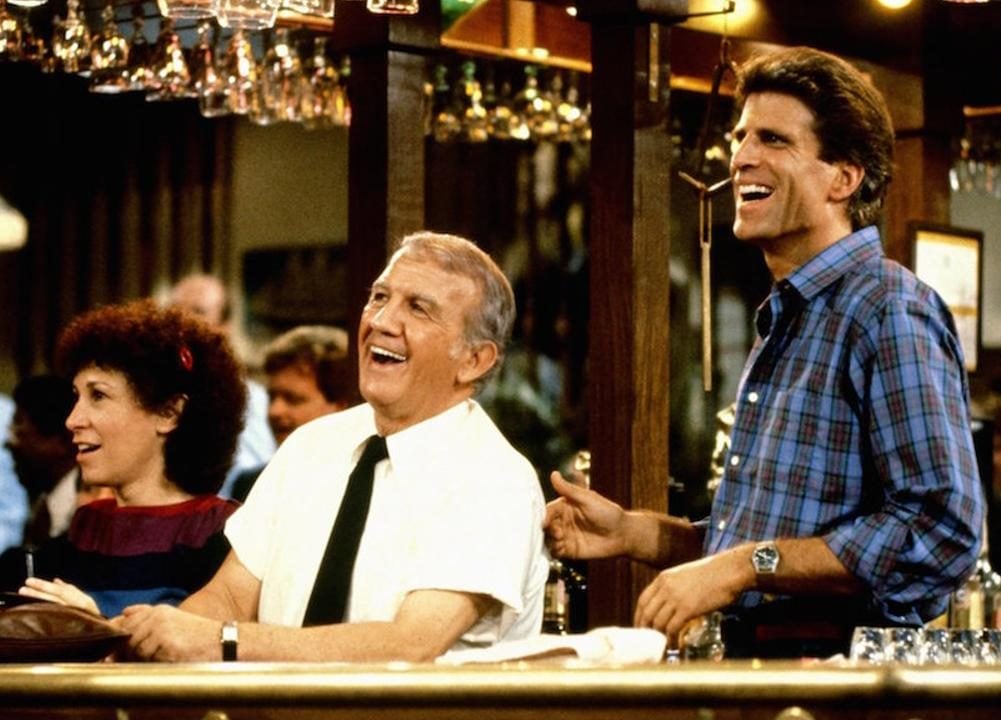 Considering what an enduring hit Cheers became, it’s strange to think that the plug was very nearly pulled on the show in its very first season. Nonetheless, NBC seriously considered this after the sitcom’s first episode came almost at the bottom of the ratings.

Happily, the network had a change of heart, and after reruns of the first season drew a larger audience, the ratings went up and stayed up.

8. Norm and Cliff were not originally intended to be recurring characters 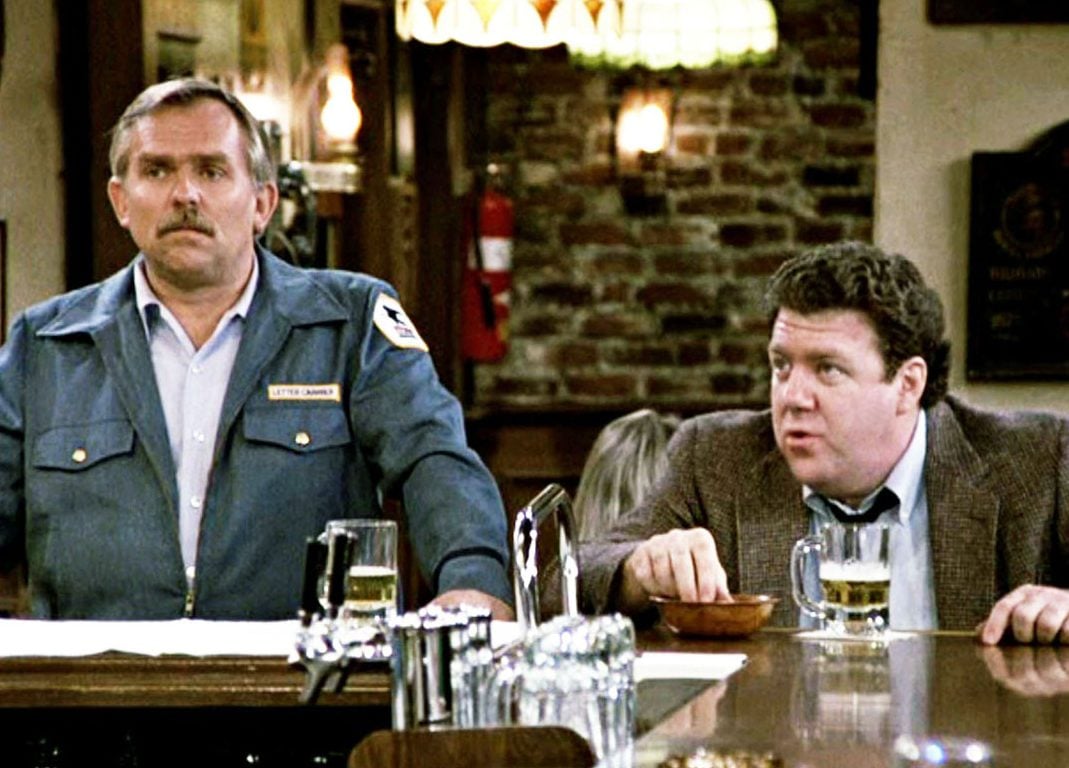 Two of Cheers’ best-loved characters are the perpetual barflies Norm and Cliff, played by George Wendt and John Ratzenberger. Interestingly, neither character existed in the original pilot episode script. Both Wendt and Ratzenberger auditioned for the same part: a drinker named George, whose only line was “beer!”

Wendt landed this role, which was reworked into Norm. Meanwhile, Ratzenberger persuaded the producers that they needed a “know-it-all” guy at the bar constantly spewing useless information, which became Cliff. (A lot of Cliff’s obscure ‘facts’ were ad-libbed by Ratzenberger.)

7. They filmed a fake ending for season five to keep Shelley Long’s departure a secret 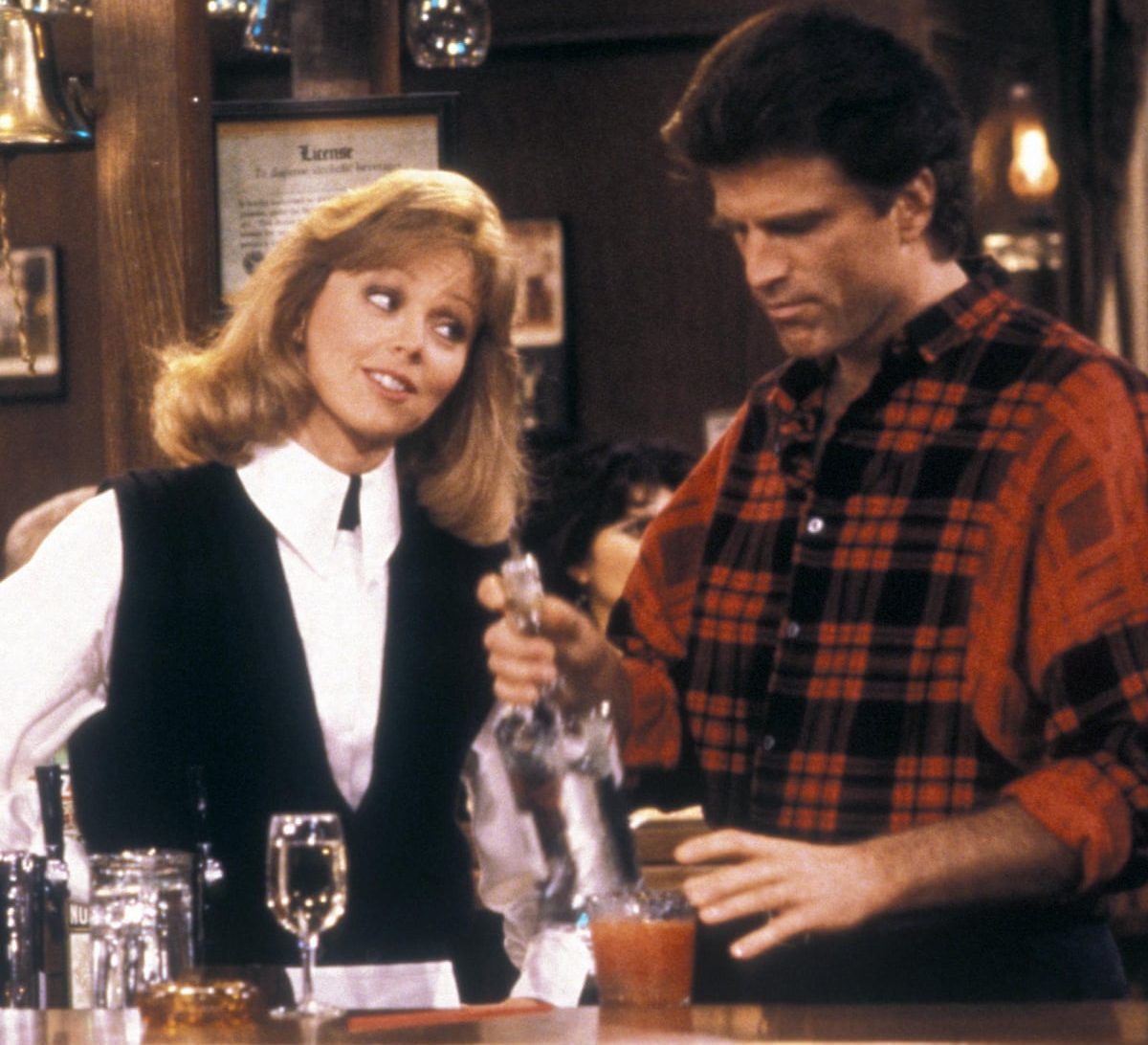 After five seasons of Cheers, Diane actress Shelley Long decided to leave the show. As Cheers was filmed before a live studio audience, the producers were nervous about Long’s departure becoming common knowledge, so they shot a fake ending for season five which showed Sam (Ted Danson) and Diane getting married. Later, on a closed set, they shot the real ending, in which Diane tells Sam she’s leaving.

As the relationship between Sam and Diane was so pivotal to the show, there were concerns that Cheers would fail without her. Happily this wasn’t the case, and Kirstie Alley’s Rebecca proved a very popular replacement.

6. The character of Woody was already named Woody before Woody Harrelson was cast 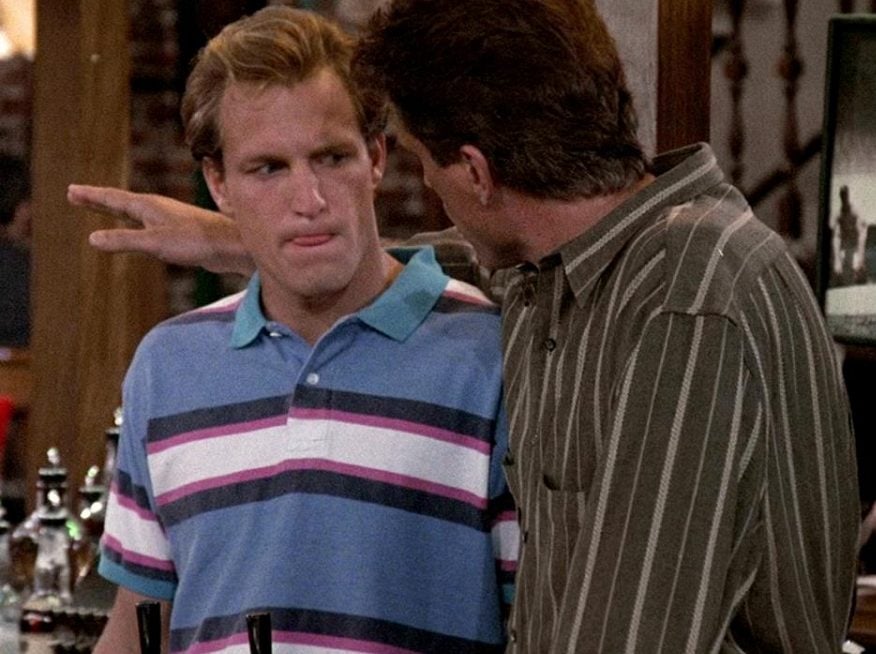 The first notable shake-up to Cheers’ cast came by necessity, with the death of Coach actor Nicholas Colasanto in 1985. The show addressed the actor’s passing by announcing Coach’s death in the first episode of season four – and in that very same episode they introduced new bartender Woody.

Viewers couldn’t fail to note that Woody was played by Woody Harrelson, which left some suspecting the character had been named in the actor’s honour. In fact, this was already the name the writers had picked out, and it suited Harrelson so well that they saw no reason to change it.

5. John Lithgow was the first choice to play Frasier Crane 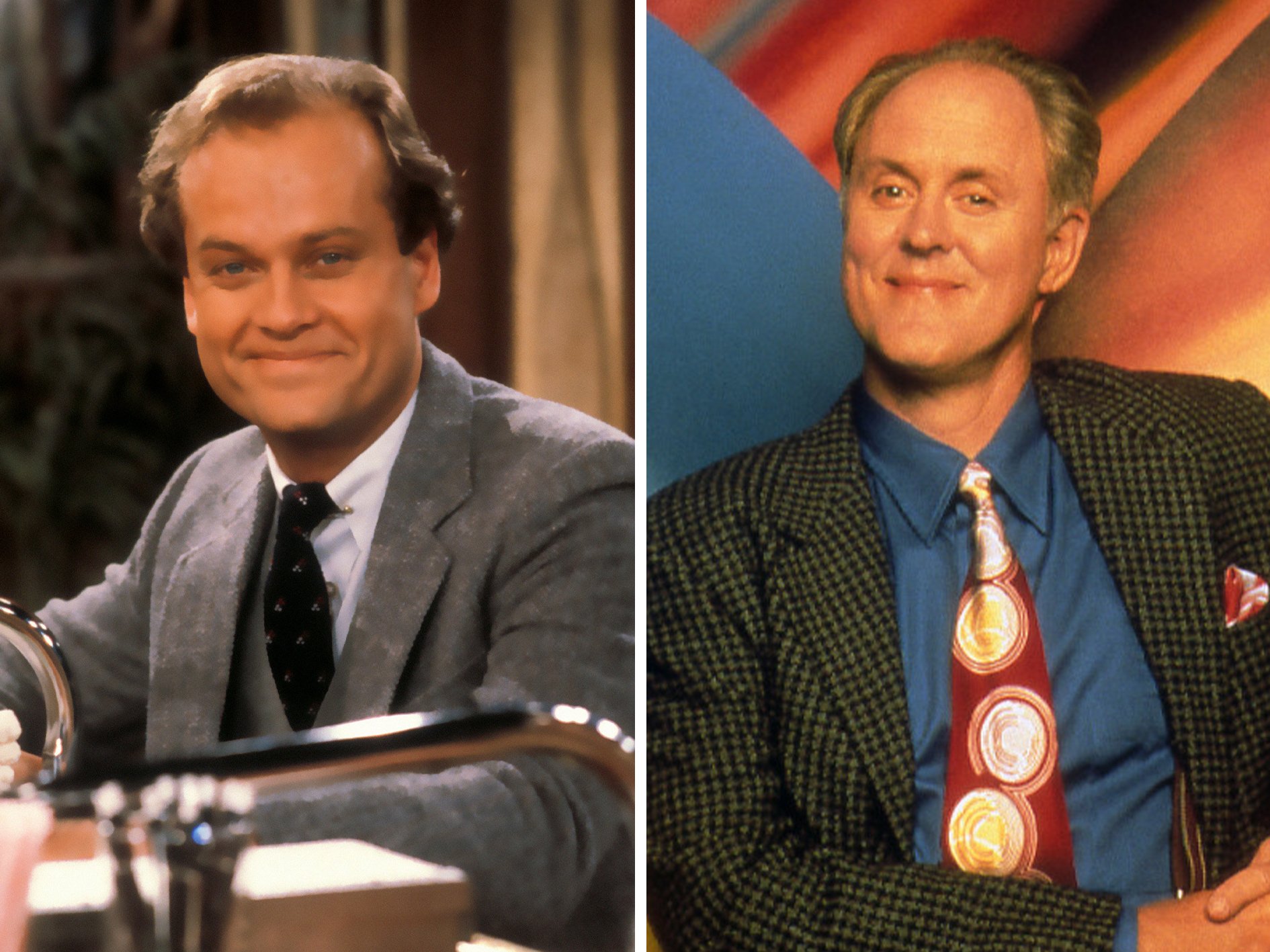 Considering that Frasier Crane became one of the best-loved characters on Cheers (and, of course, eventually got his own highly successful spin-off series out of it), it’s easy to forget that Kelsey Grammer wasn’t introduced in the role until season three, and only became a full-time cast member in season five.

What’s even more surprising is that Grammer wasn’t the original choice to play the part. The role had been written with John Lithgow in mind, but the actor turned it down as he wanted to concentrate on his film career. (Lithgow would later have a change of heart, appearing in popular 90s sitcom Third Rock from the Sun.) 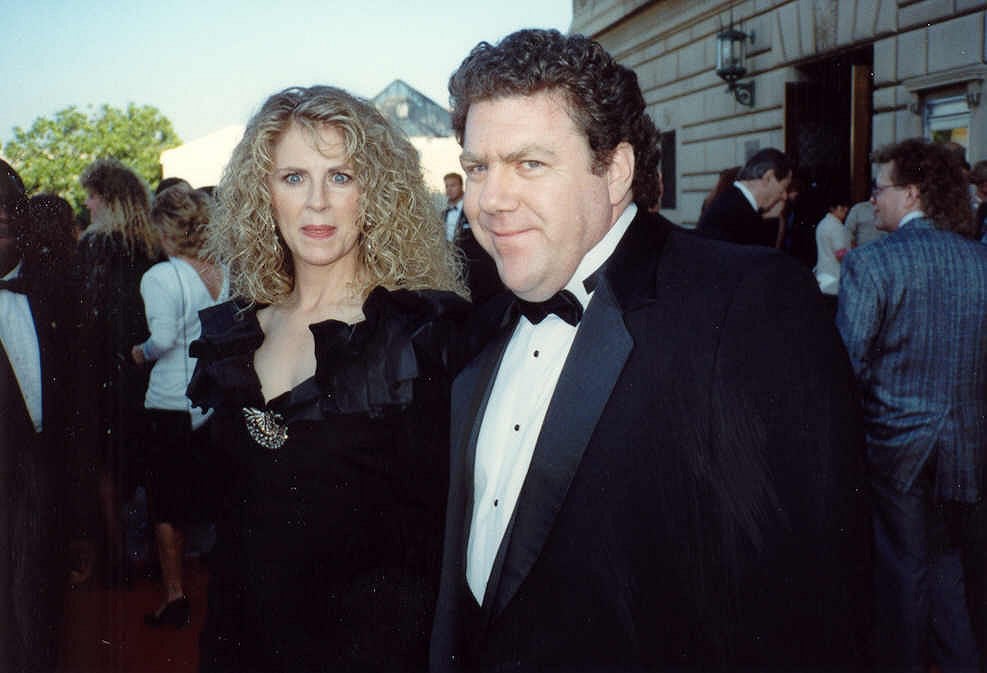 It’s interesting to note how many popular sitcoms feature a character often referred to and sometimes heard, but never actually seen. Cheers arguably did this best, with Norm’s wife Vera, whose voice is sometimes heard but who we never see on camera.

In a touching twist, the voice of Vera was provided by Bernadette Birkett, who has been Wendt’s real-life spouse since 1978. Interestingly, Birkett did once appear on camera in a different role in the show’s third season, as a love interest for Cliff.

3. When Ted Danson quit, the producers wanted to keep the show going with Woody running the bar 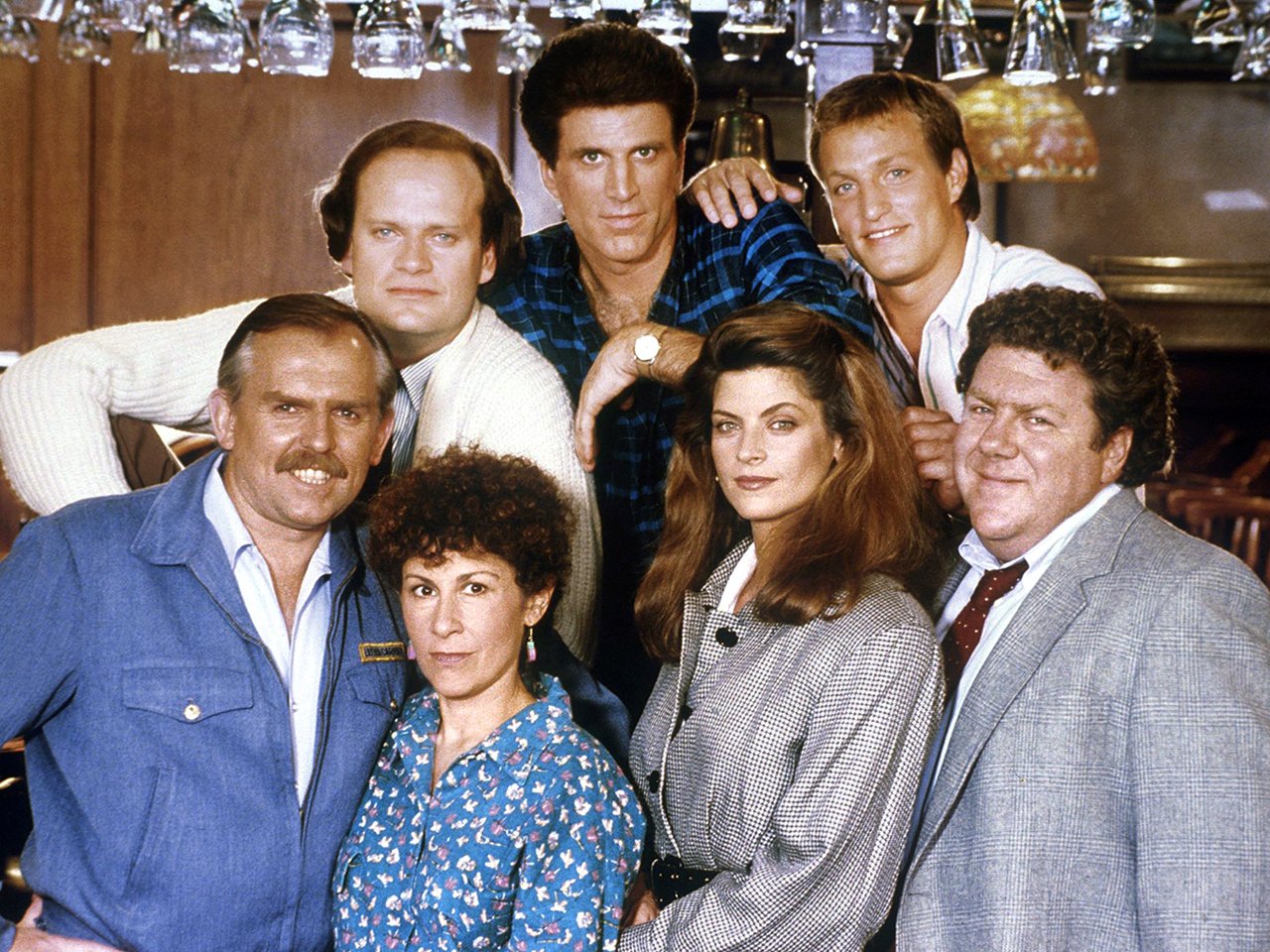 When the cast and crew were filming the eleventh season of Cheers, lead actor Ted Danson decided he was ready to move on and told the producers that season would be his last. However, this wasn’t always going to be the end for Cheers. It was proposed that Woody would be promoted to head bartender, and the show could continue without Sam.

However, Harrelson (whose movie career was heating up by this point) didn’t want to do this, so it was decided they should instead bring the series to an end.

2. Every surviving main cast member went on to appear on Frasier – except Kirstie Alley 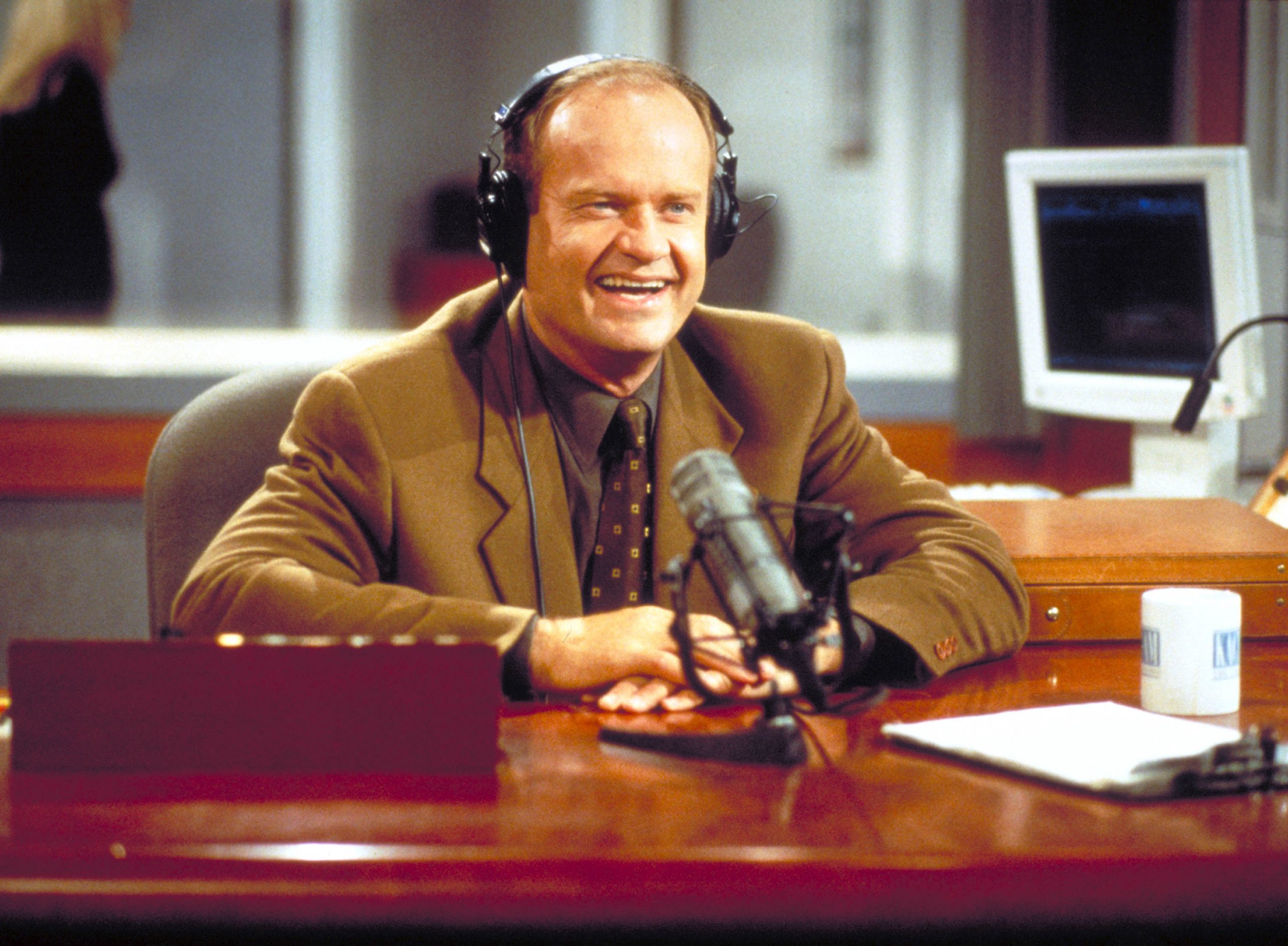 In September 1993, only four months after Cheers ended, NBC premiered spin-off show Frasier, which saw Kelsey Grammar reprise his role as the droll psychiatrist. To the surprise of many, the sitcom proved massively successful in its own right, and would also enjoy an 11-year run.

During this time, all but one of the surviving main cast members from Cheers would make a guest appearance on Frasier. The only hold-out was Kirstie Alley, who – as a Scientologist – refused to appear on a show which promoted psychiatry.

1. There was a short-lived Spanish remake of the show

While a number of high profile sitcoms have enjoyed revivals in recent years, Cheers has not been among them. However, a new version of the show was produced in 2011 in the form of a Spanish television remake, also entitled Cheers, and which lasted for a single season.

There were also reports that an Irish-language remake of Cheers was in the works in 2012, but this did not come to fruition.