Nick Nolte, famed for his square-jawed good looks and no-nonsense persona, was among the last real ‘man’s man’ actors to rise to stardom in Hollywood.

Now 81 years old, Nick Nolte’s reputation has been tarnished by a series of legal troubles and personal scandals. Yet it’s easy to forget that just three decades ago, Nolte was so highly regarded that he was an Oscar-nominated Hollywood leading man named the ‘sexiest man alive’. So just how did Nolte reach that coveted title, and how did it all come undone?

Born Nicholas King Nolte on 8 February, 1941 in Omaha, Nebraska, the future movie star developed a bad boy reputation early in life. While he was a keen high school football player, Nolte wound up being kicked out of one school after being caught drinking beer at practice. 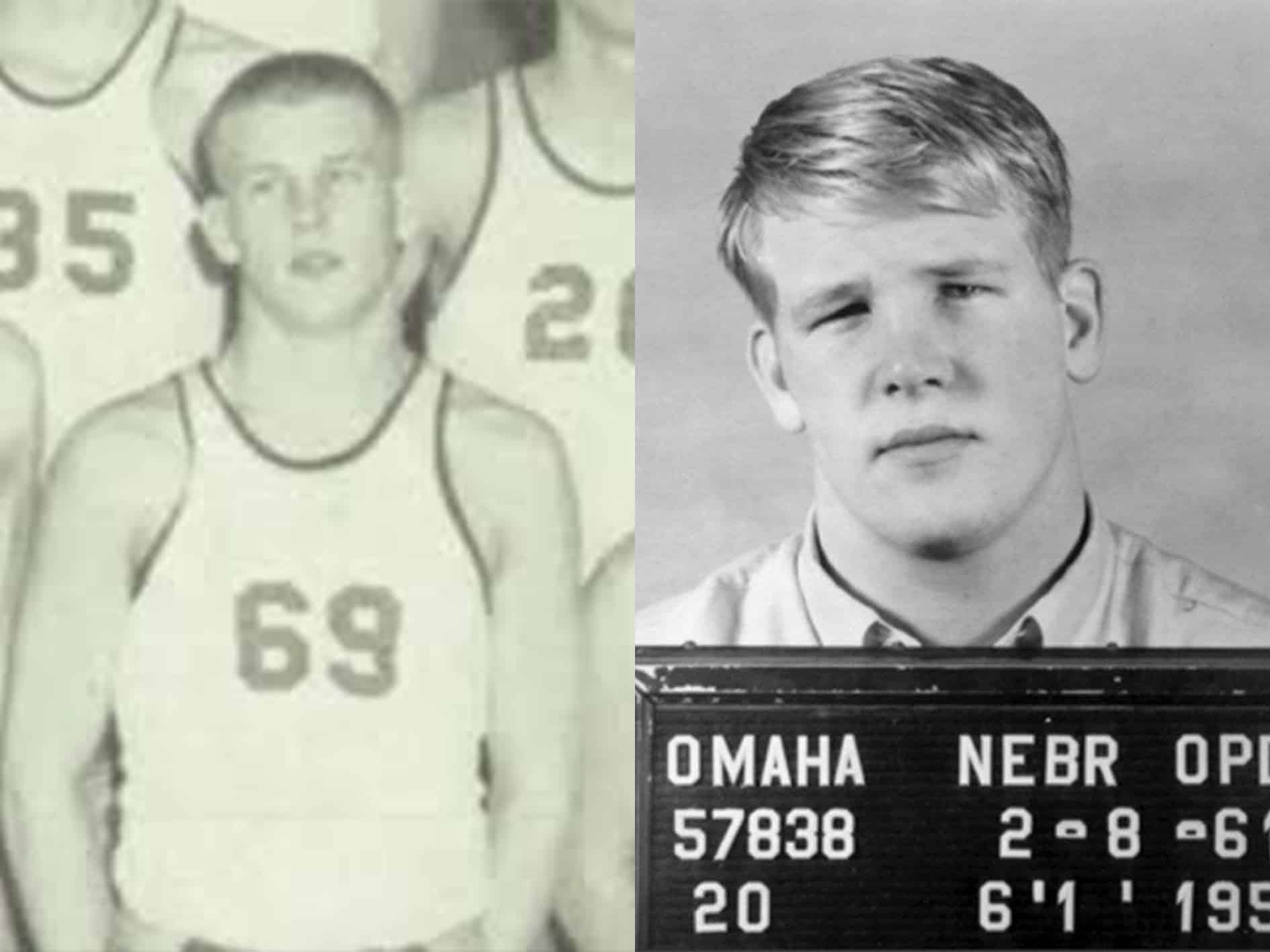 Nolte landed in serious legal trouble for the first time in 1965, when he was arrested for selling counterfeit documents. He was sentenced to 45 years in jail and given a $75,000 fine.

Fortunately for Nolte, these charges were ultimately suspended, giving him a chance to clean up his act.

Football scholarships enabled Nolte to get into a number of colleges in California and Arizona. Studying was never his main priority, however; on top of playing both football and baseball, college also saw Nolte develop a passion for theatre. 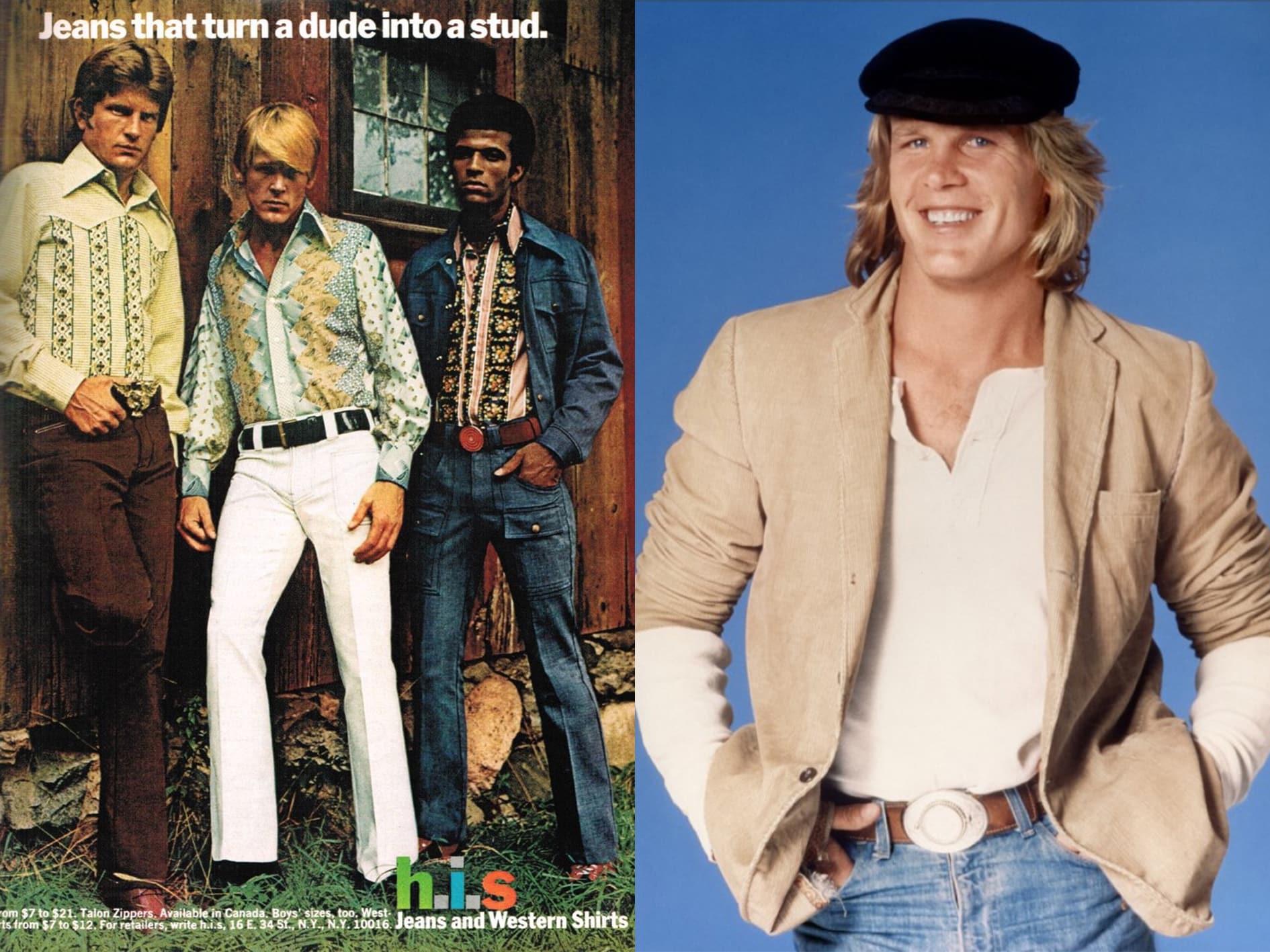 Nolte became a stage actor, working at various regional theatres across the USA in the 1960s. He performed in regional theatre up and down the United States, although it wouldn’t be until the end of the decade that he first set foot in front of the camera.

In those early days, Nolte didn’t only pursue acting: he also spent some time as a model, appearing in some high profile ad campaigns for men’s clothing. 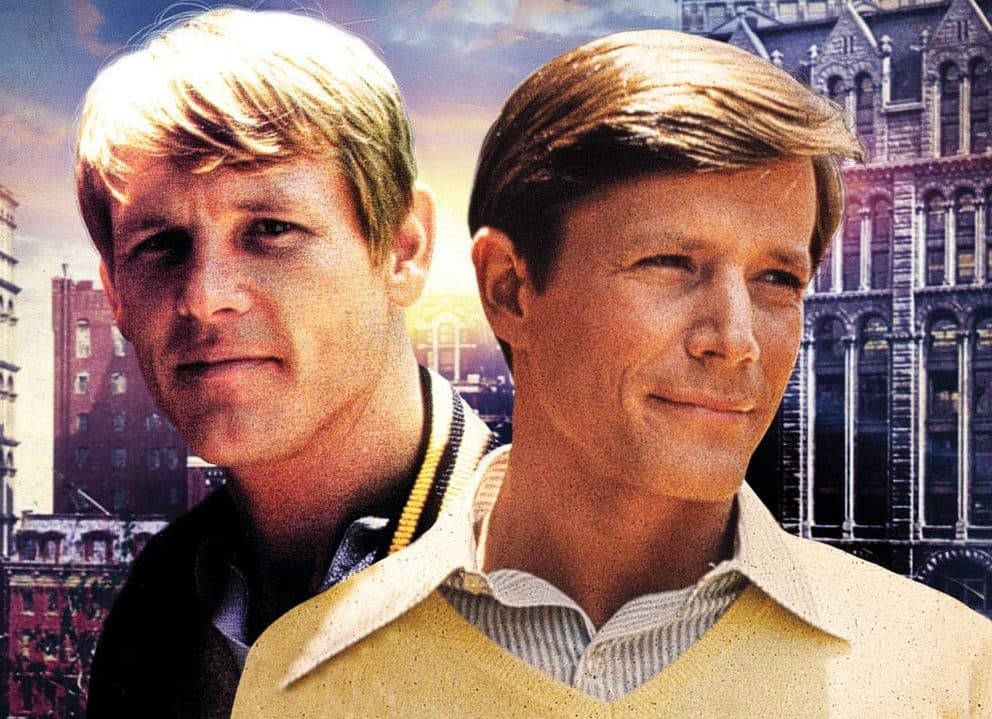 Based on Irving Shaw’s novel, the series cast Nolte and Strauss as brothers whose lives take radically different paths. Nolte’s Tom, the ‘poor man’ of the title, was the more rebellious of the two, who winds up making a living as a boxer.

A huge success, Rich Man, Poor Man established Nolte as an intelligent tough guy with a distinctive gravelly voice. It was immediately obvious that this gravitas would translate well to the big screen. 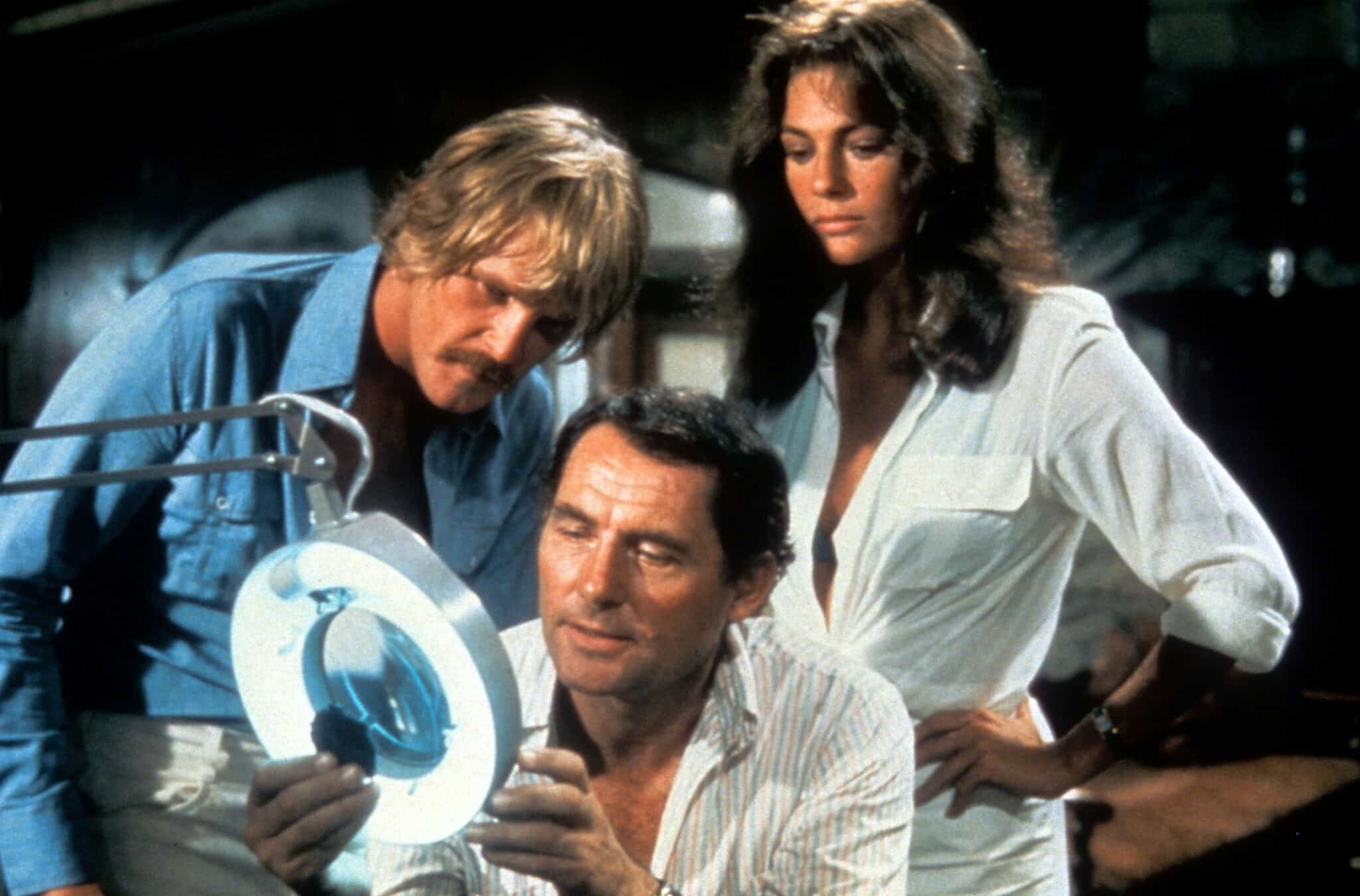 Soon thereafter, Nolte landed his first major film role in The Deep, an aquatic action-adventure in which he co-starred with Robert Shaw (Jaws) and Jacqueline Bisset.

Earning $100 million at the global box office, The Deep proved a big hit and proved that Nolte was leading man material. It became his breakthrough performance, and he went on to take top billing in a number of modestly successful movies.

However, the one that really sent Nolte sky-rocketing onto the A-list was 1982’s groundbreaking action-comedy 48 Hrs., which was also the film debut of comedian Eddie Murphy. 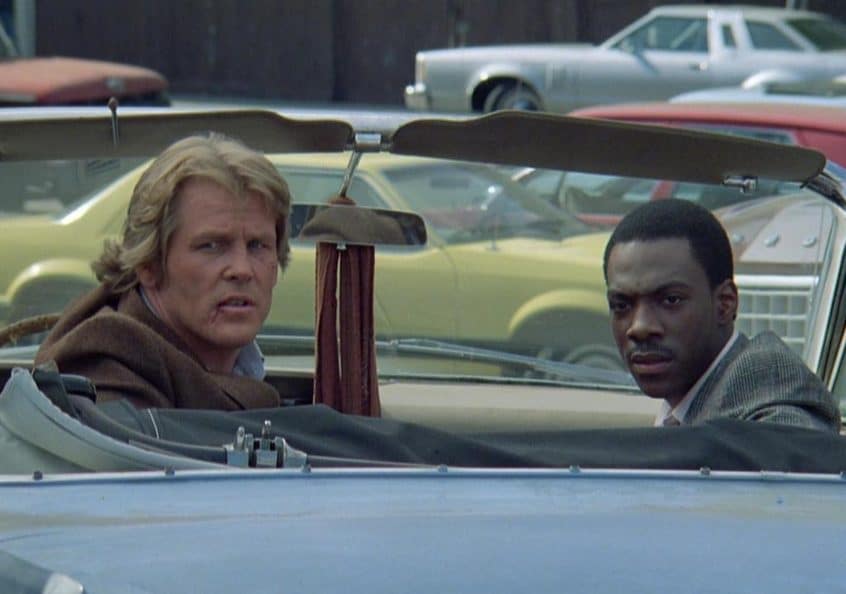 Centred on an uneasy partnership between a gruff white cop and a smart-mouthed black convict, the film was originally developed with Clint Eastwood and Richard Pryor in mind.

As neither Nolte nor Murphy were anything like the bankable stars Eastwood and Pryor were at the time, the success of 48 Hrs. was no sure thing – but the film proved a big hit, both on the big screen and in the burgeoning home video market. 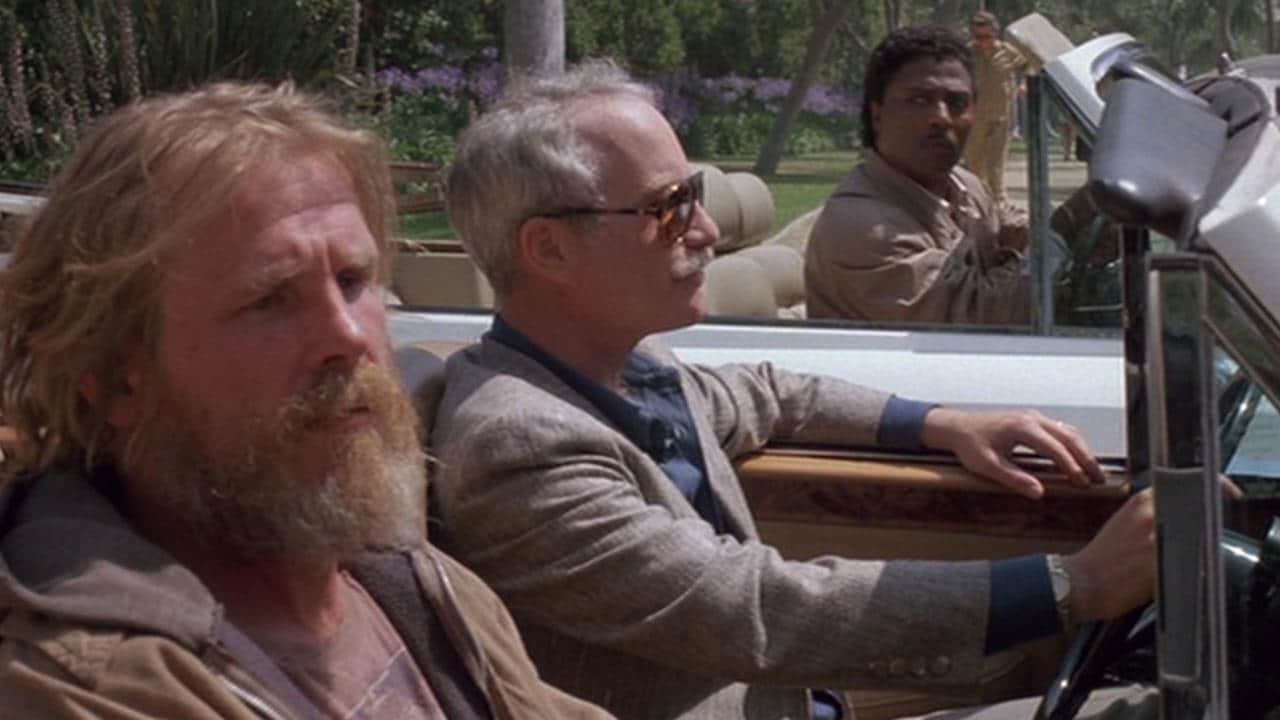 The actor would remain one of the most trusted leading men around in the years that followed, with the range to cover a variety of genres: from political thriller Under Fire, to comedy Down and Out in Beverly Hills, to modern day western Extreme Prejudice.

Nolte has had his fair share of whirlwind romances over the decades. His past girlfriends include Debra Winger and the actress and singer Vicki Lewis, whom he met while filming I’ll Do Anything.

The star has married four times. His first two marriages were to Sheila Page and Sharyn Haddad. In 1984, he tied the knot with Rebecca Linger. Tragically, Nolte and Linger’s first child was stillborn, but in 1986 she gave birth to their son Brawley Nolte. Brawley would go on to play Mel Gibson’s son in 1996 thriller Ransom.

Nolte would remarry once more in 2016, when he wed American actress Clytie Lane. Lane and Nolte have one daughter together, Sophie, who was born in 2007. Like her parents and half-brother, Sophie has also entered the world of acting, playing Nolte’s onscreen granddaughter in Head Full of Honey. 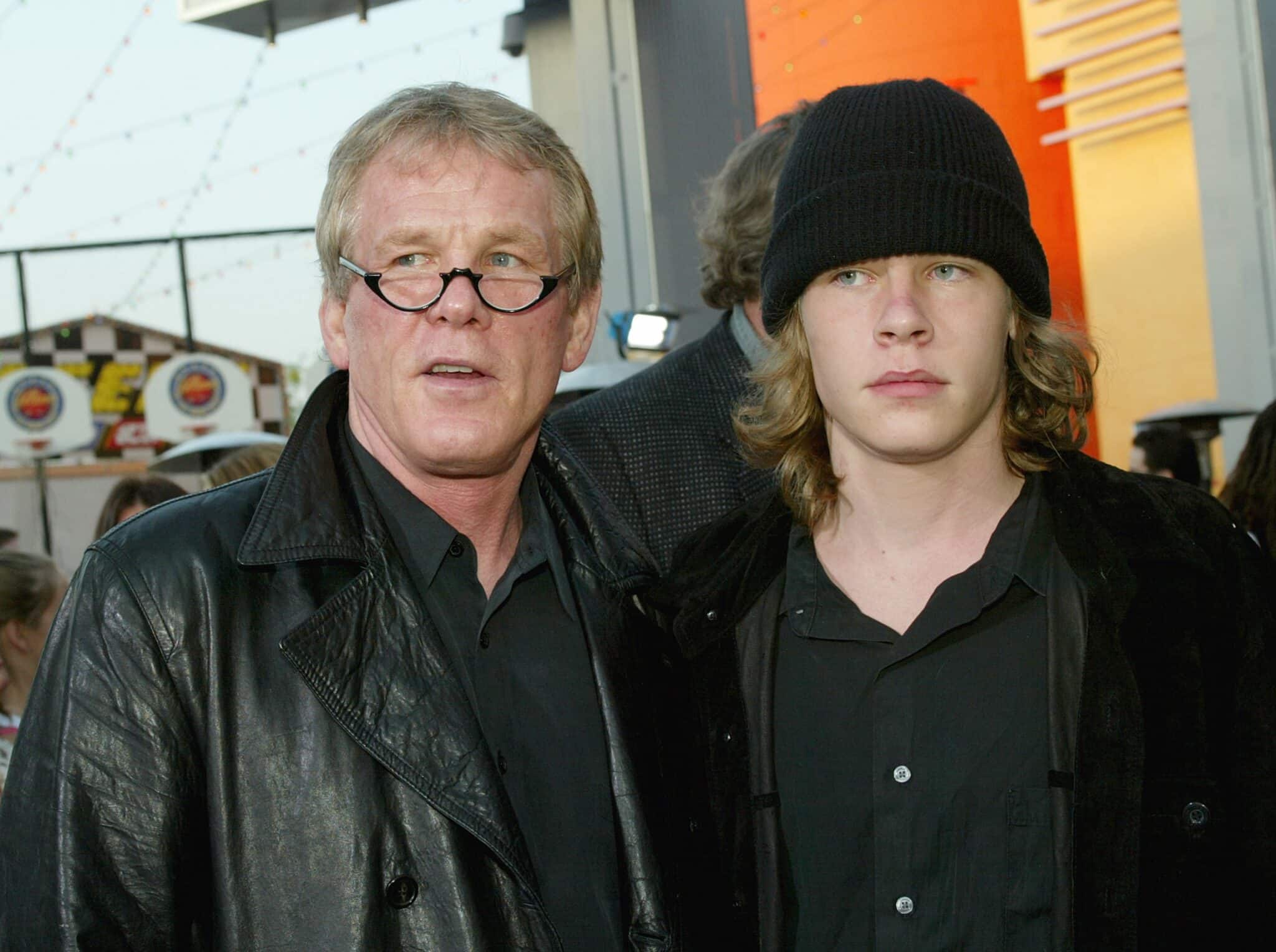 As the 90s kicked off, Nolte was at his peak professionally. High profile sequel Another 48 Hrs. didn’t prove as successful as hoped, but Nolte followed it up with one of his most prestigious roles: joining Robert De Niro in director Martin Scorsese’s Cape Fear.

A remake of the 1962 film of the same name, Cape Fear casts De Niro as a psychotic criminal released from jail on a technicality, who proceeds to hunt down the defence attorney who failed to keep him out of jail, played by Nolte.

Taking a role that had been turned down by Harrison Ford, Nolte played a little against type as a more mild-mannered, less physically assertive character. 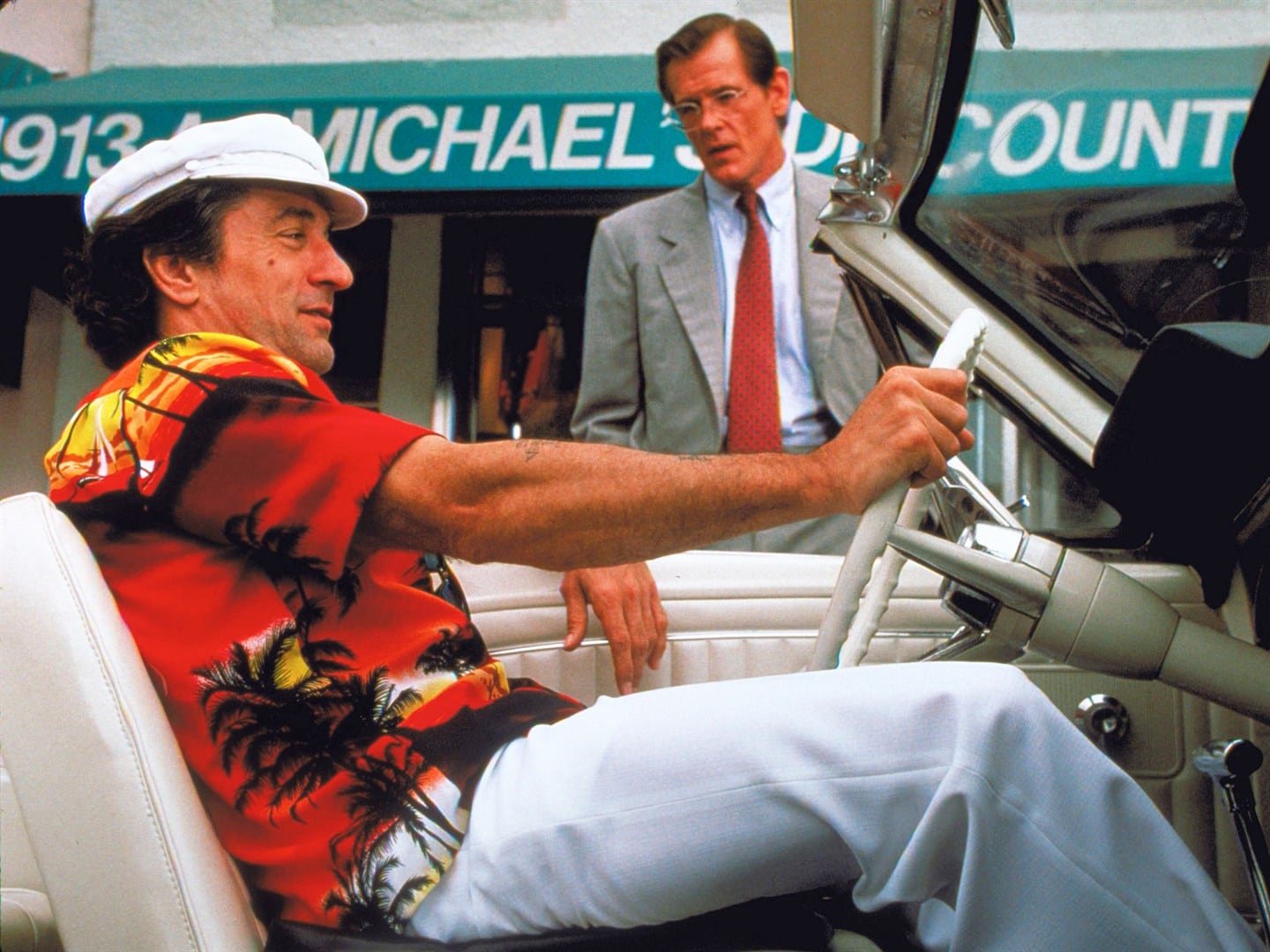 Cape Fear proved a huge hit, although the lion’s share of the praise went to De Niro and newcomer Juliette Lewis, both of whom earned Oscar nominations.

Happily for Nolte, another film that same year earned him Academy recognition. He joined actress and director Barbra Streisand in her romantic drama The Prince of Tides, which earned him a Best Actor Oscar nomination.

Ultimately, both Nolte and De Niro went home empty-handed from the 1992 Academy Awards as the Oscar went to Anthony Hopkins for The Silence of the Lambs – but Nolte’s passionate turn in The Prince of Tides clearly made an impact. 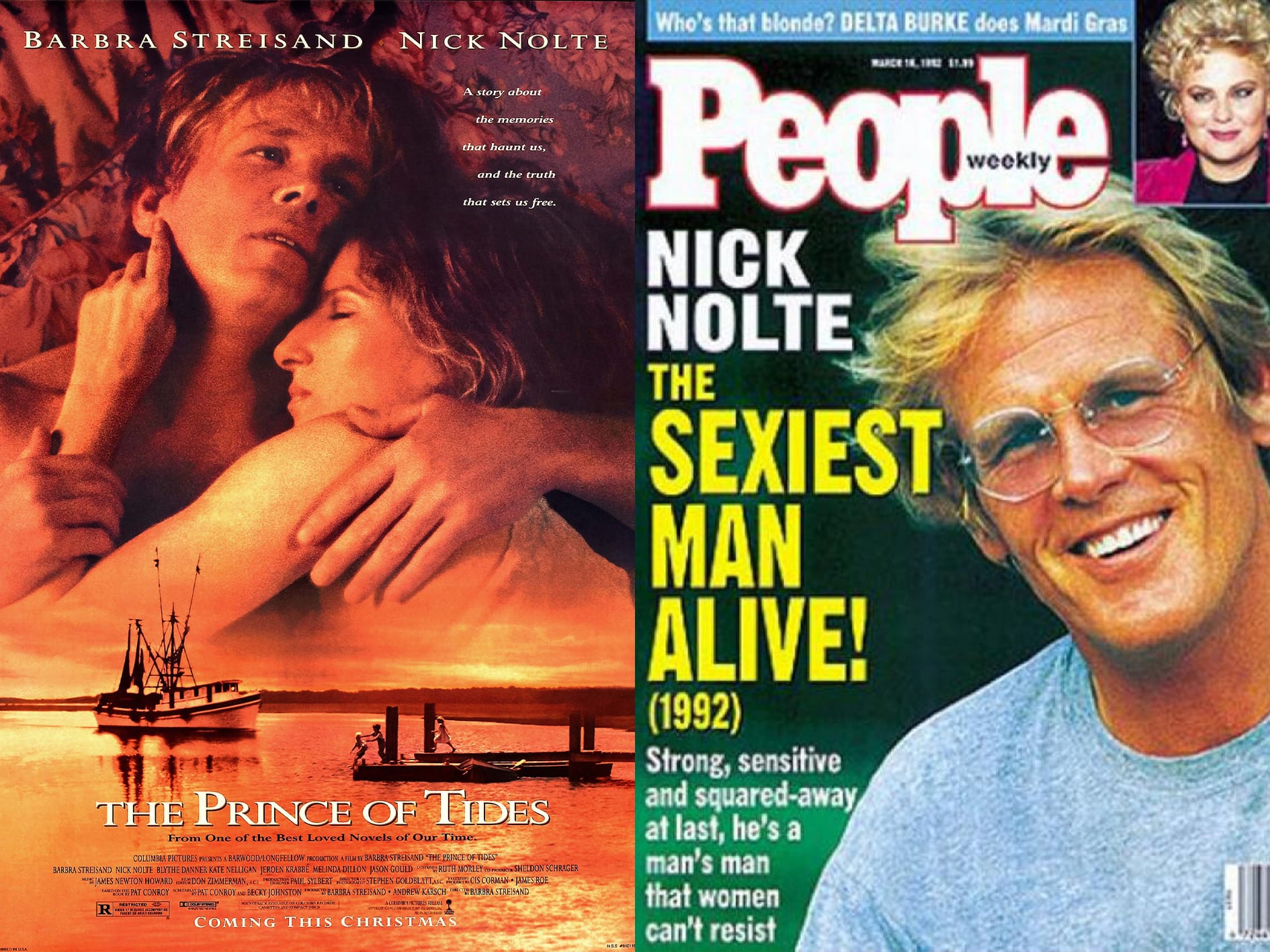 Later that year, People magazine bestowed upon Nolte their coveted, annual title of Sexiest Man Alive – something at which Nolte himself expressed surprise.

The then-51-year-old sardonically remarked of the decision, “Are you sure you didn’t make a mistake? My personal choice is Walter Cronkite.”

People’s appraisal of Nolte would not be shared by the biggest actress of the time, Julia Roberts, with whom he co-starred in 1994’s I Love Trouble. 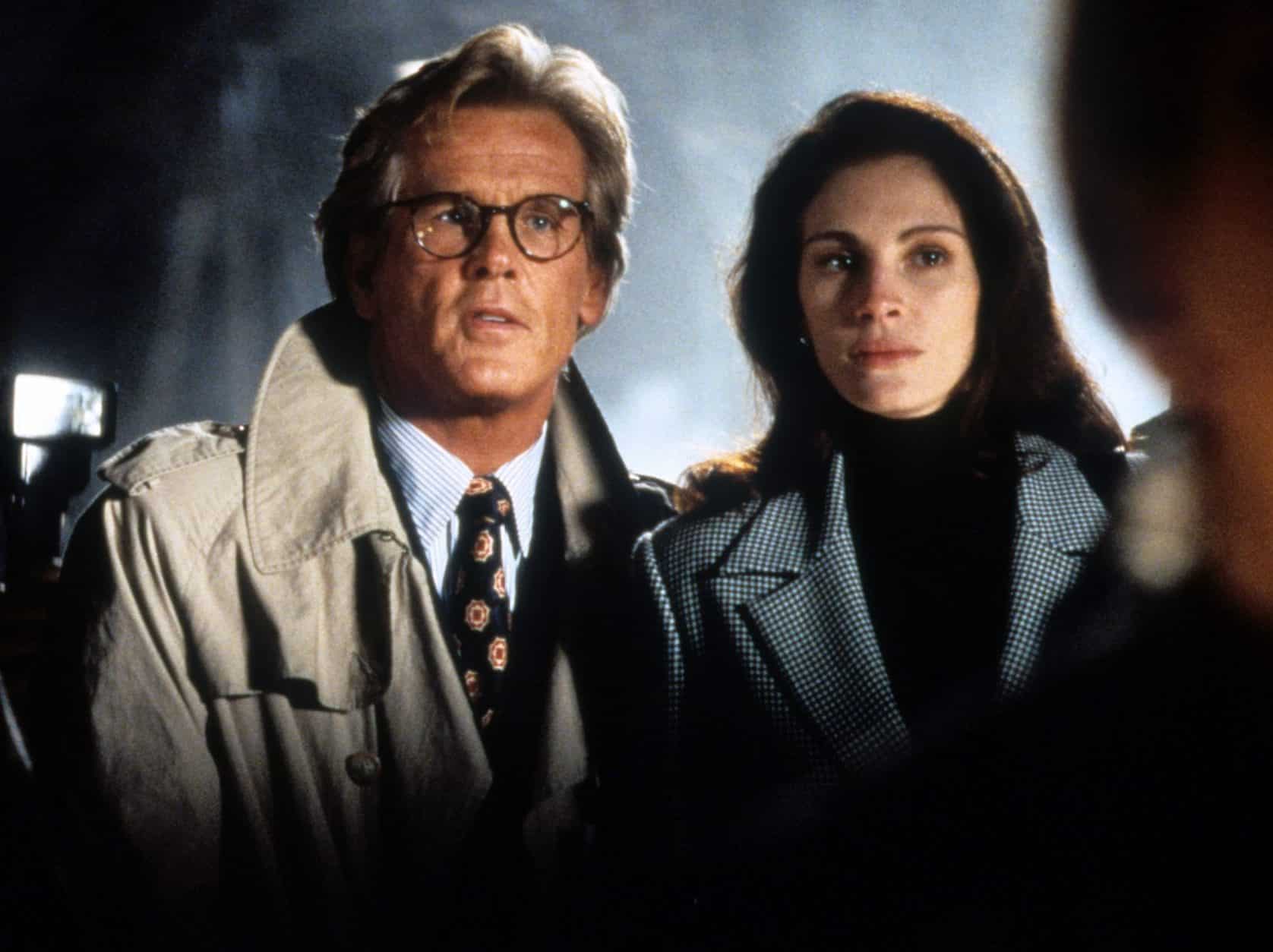 An attempt at an old-fashioned screwball comedy mixed with a crime caper, I Love Trouble proved to be a bomb, and probably wasn’t helped by widespread reports of Nolte and Roberts having a terrible working relationship.

Both actors badmouthed one another in the press (Roberts calling her co-star “disgusting”), and Nolte has since said he considers the film the lowest point of his career.

Happily, one of Nolte’s major career highlights was just around the corner. 1997’s Affliction saw him both take the lead role, and for the first time serve as executive producer. 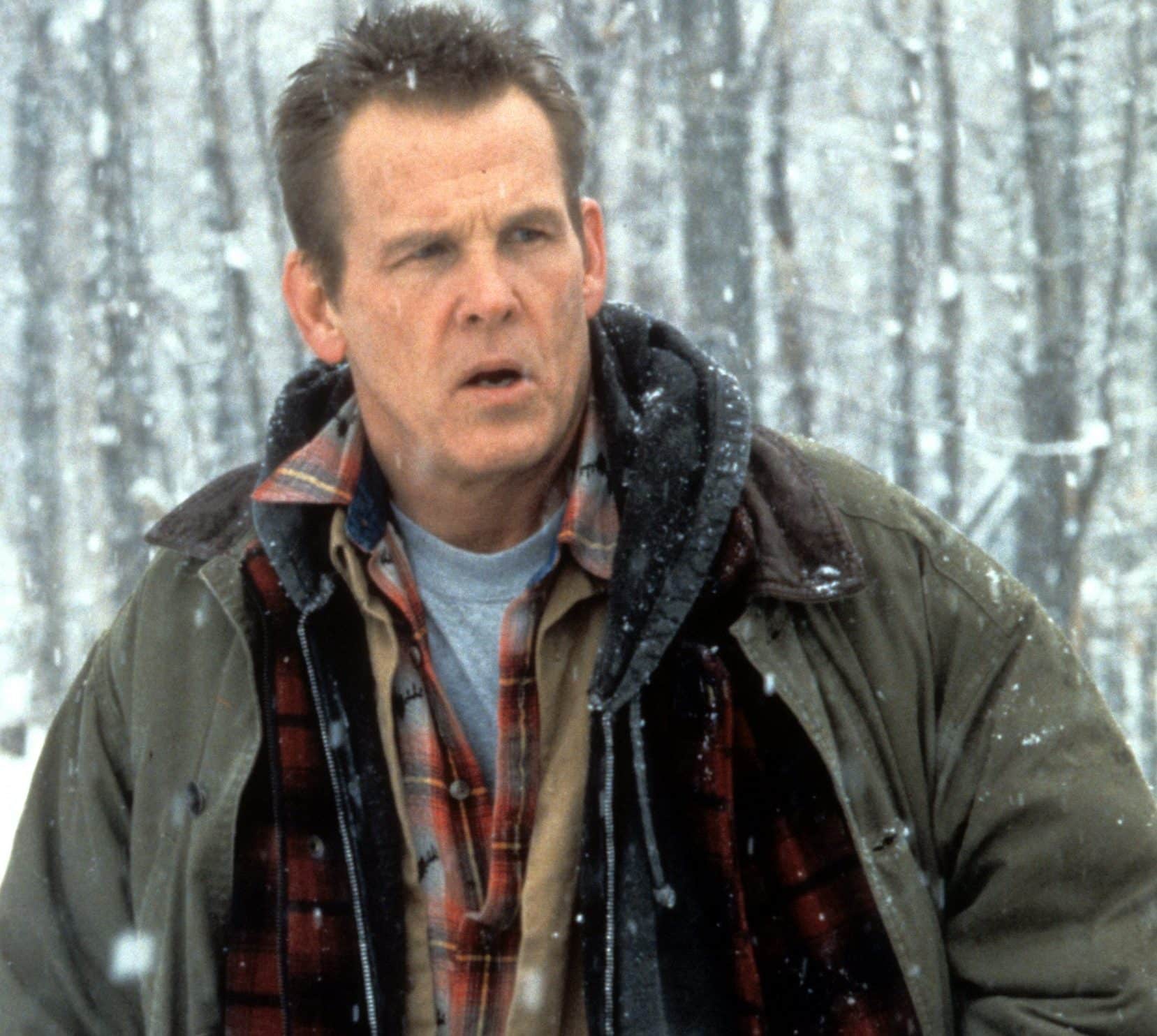 A character-driven drama from writer-director Paul Schrader, Affliction earned Nolte the best reviews of his career, and landed him a second Best Actor Oscar nomination.

Alas, Nolte again failed to take home the gold (losing out to Roberto Benigni for Life is Beautiful), although his Affliction co-star James Coburn was awarded the Best Supporting Actor Oscar.

Despite some more acclaimed performances (including a supporting role in war drama The Thin Red Line), Nolte would fade back from the limelight somewhat as the 21st century began – but he was soon back in the headlines for all the wrong reasons. 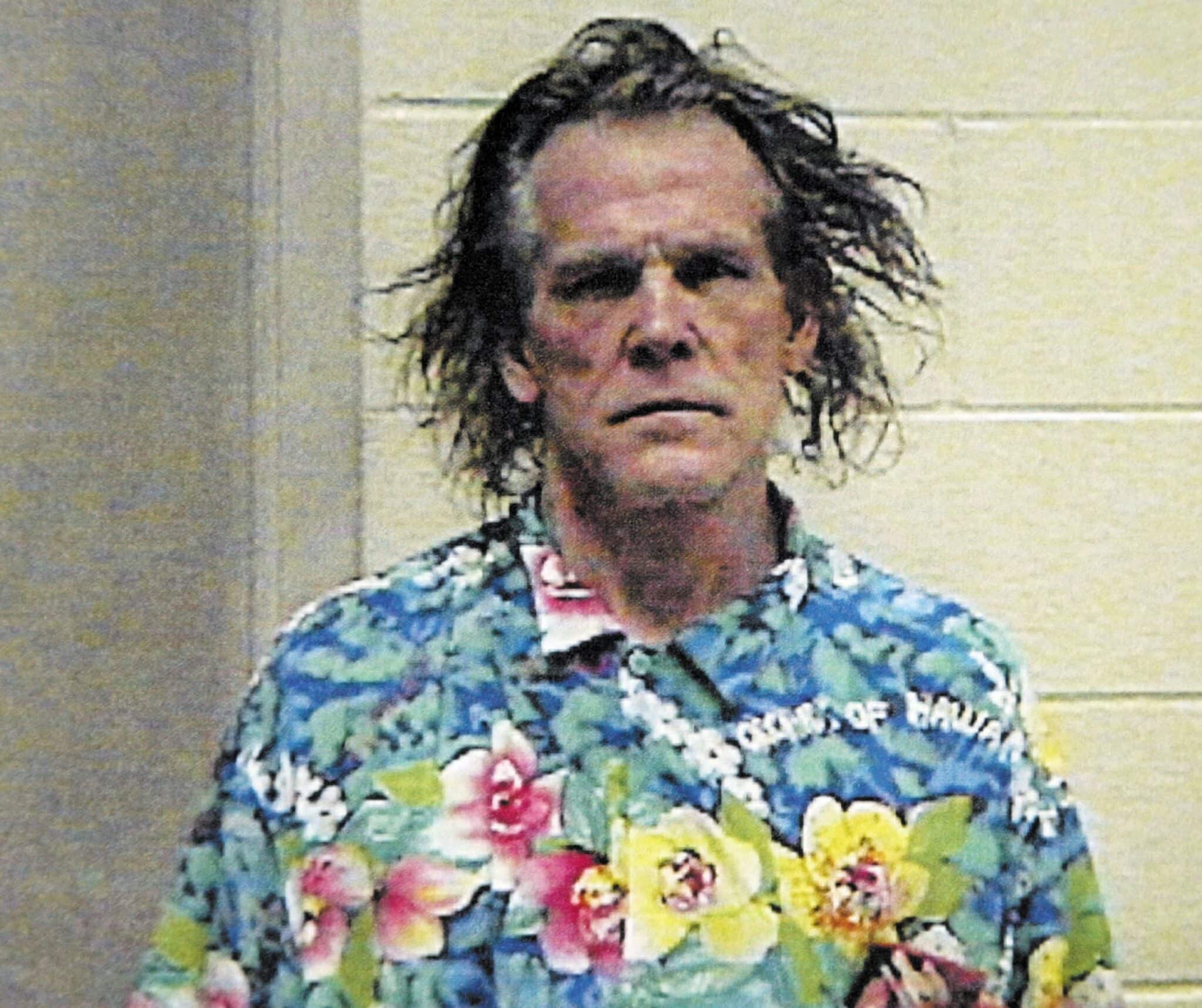 In September 2002, a police mugshot of the 61-year-old Nolte with wildly unkempt hair clad and a gaudy Hawaiian shirt was widely shared in news and gossip outlets.

The actor had been arrested for driving under the influence of both alcohol and a psychoactive substance. After pleading no contest to the charges, Nolte served three years of probation and was forced to check into a rehab facility.

In the wake of this, many felt that Nolte’s unhinged performance as the estranged father of Bruce Banner in 2003 comic book movie Hulk struck a little too close to home. 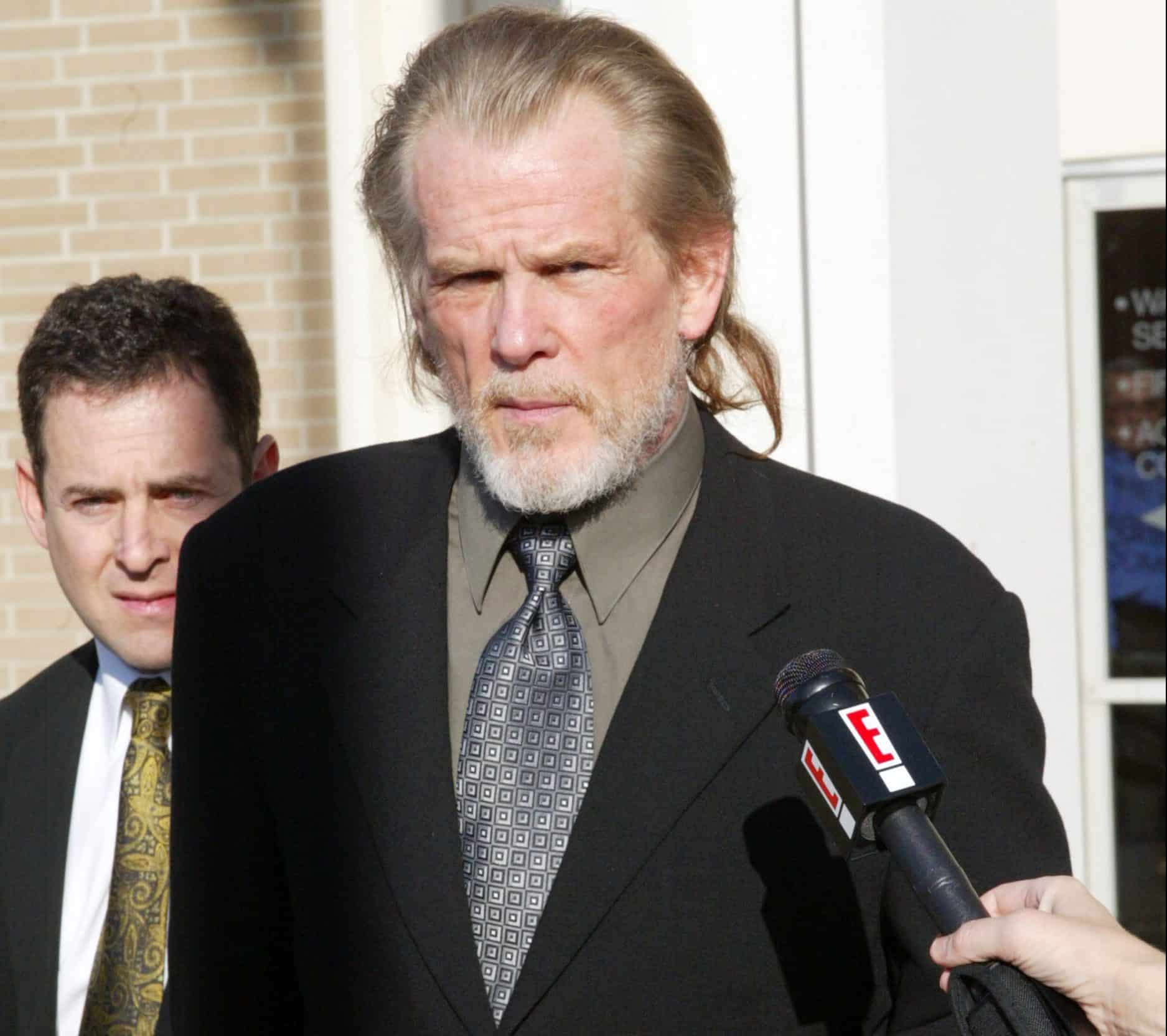 While many fans have speculated that Nolte’s signature gravelly voice is a product of his decades of drinking and drug abuse, the star himself says it comes from projecting his voice in the theatre. “The vocal cords are just real thick,” he has said of his voice. “It’s got a growl to it.”

Nolte realised his addictive tendencies at a young age, attributing his alcoholism to drinking as a child with his uncle. He was soon drinking pints of whiskey. As an actor, he would even persuade directors to give his characters an alcoholic backstory, so that he had an excuse to drink on-set.

Nick Nolte’s third wife, Rebecca Linger, convinced him to become teetotal for around a decade but he turned once more to alcohol in the late 1990s. “I was at a low point and I got slack,” Nolte has commented.

Nolte has spoken candidly about his history of addiction, noting in 2005 that he will never be entirely free from it. “The thing about addiction is that you don’t feel things; it’s about cutting the pain off, whether it’s physical or psychological,” he has said. “… It’s really about whether people can change. In my lifetime, I have changed much – that’s a guaranteed deal,” he added, noting that he has fared far better since the turn of the century.

In recent years, Nolte has tended to keep to smaller supporting roles. Some of these played on the eccentric turn his image had taken, most notably his role in Ben Stiller’s satirical comedy Tropic Thunder.

Nolte’s advancing years make him ideal for patriarch roles, one of which proved a particular highlight: 2011 sports drama Warrior, in which he played the father of MMA fighter siblings Tom Hardy and Joel Edgerton, and earned a Best Supporting Actor Oscar nomination for his trouble. 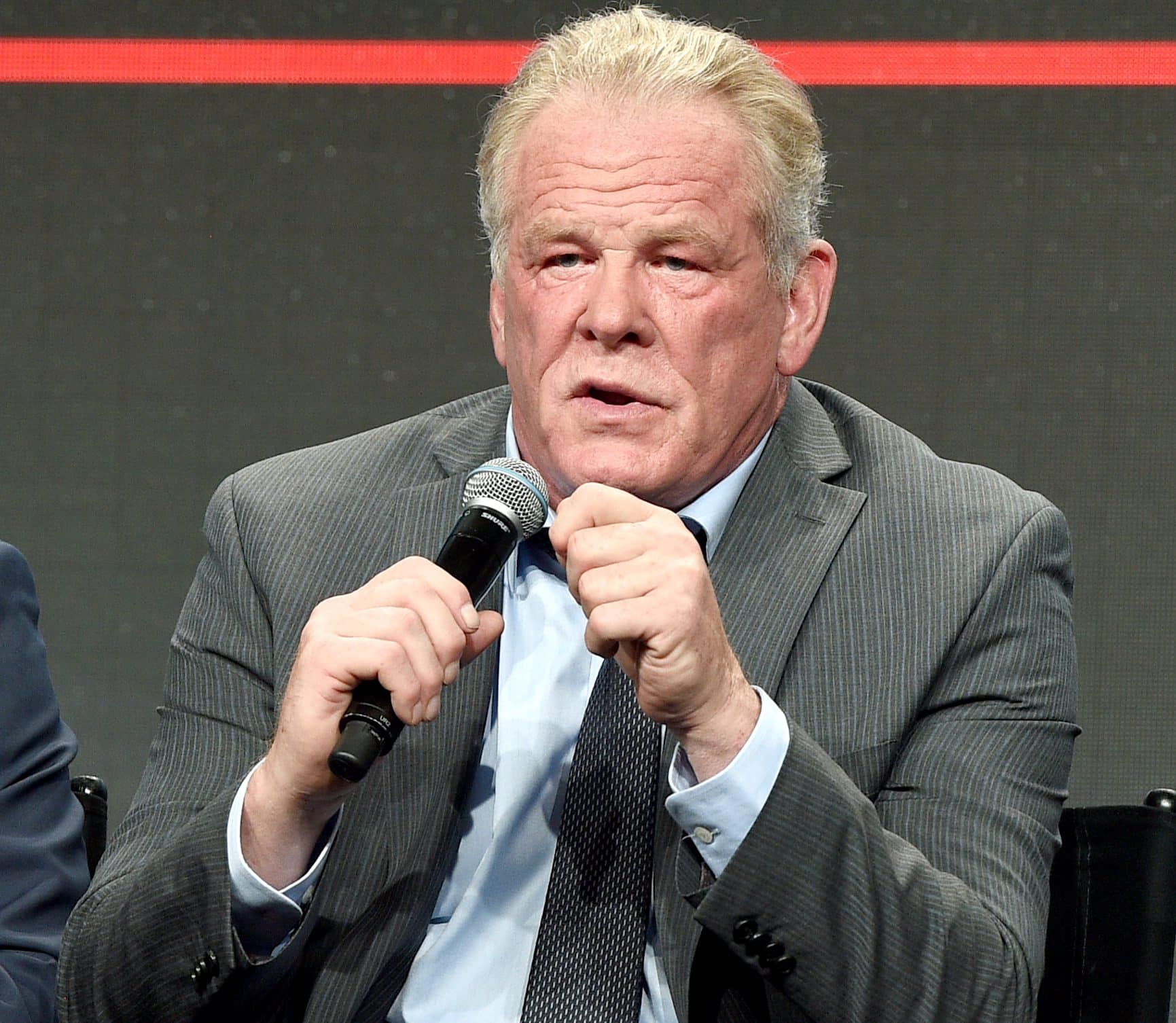 Recent years have also seen Nolte return to television: he was a Golden Globe nominee for 2017 series Graves. Nolte voices Kuiil, a warm-hearted Ugnaught vapor farmer, in The Mandalorian.