From the late 80s to the mid-90s, Jean-Claude Van Damme was one of the biggest movie stars around, and in 1993 he teamed up with esteemed Hong Kong filmmaker John Woo to make the high-octane action-thriller Hard Target. The film casts the high-kicking, musclebound Belgian as Chance Boudreaux, an out-of-work ex-Marine who’s struggling financially (although he doesn’t seem to have a problem affording vast quantities of hair oil for his resplendent mullet).

When Chance is hired by Natasha Binder (Yancy Butler) to help locate her missing father, their paths cross with Emil Fouchon (Lance Henriksen), a sinister figure who runs an illicit business that allows rich clients to hunt human beings for sport. Soon enough, Chance is in their crosshairs – but, as Hard Target’s tagline tells us, don’t hunt what you can’t kill. Here are some facts about the adrenaline-pumping film which you might not have known.

10. It was the first Hollywood studio movie directed by an Asian filmmaker 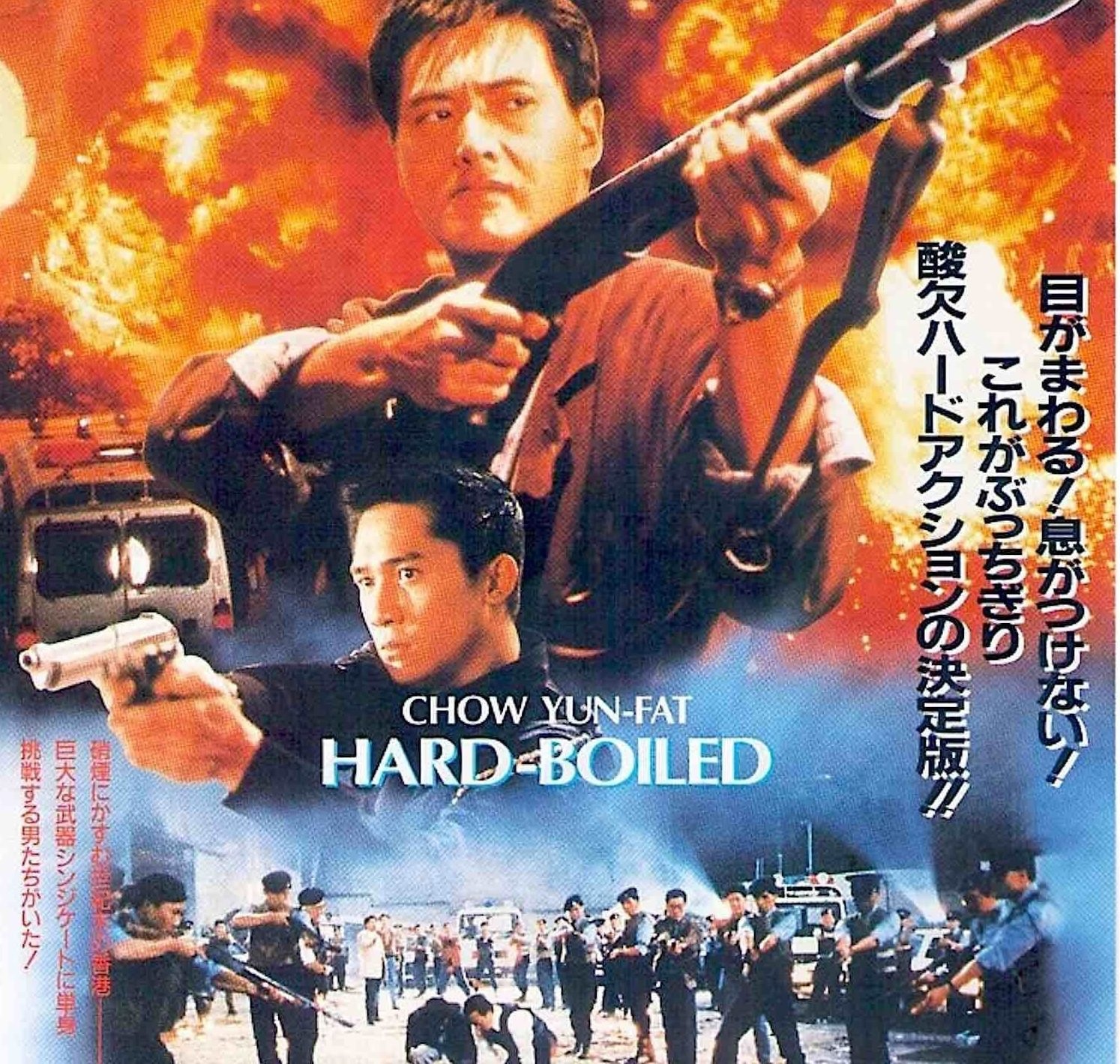 John Woo rose to fame in the 80s after making a series of internationally acclaimed action movies in Hong Kong, all of them noted for their uniquely energetic, highly choreographed style. Woo’s most beloved and influential films (the bulk of which star action icon Chow Yun-Fat) include A Better Tomorrow, The Killer and Hard Boiled.

When Woo was hired by Universal to direct Hard Target, it was a watershed moment. He became the very first Asian person to be given the director’s chair on a Hollywood studio film. 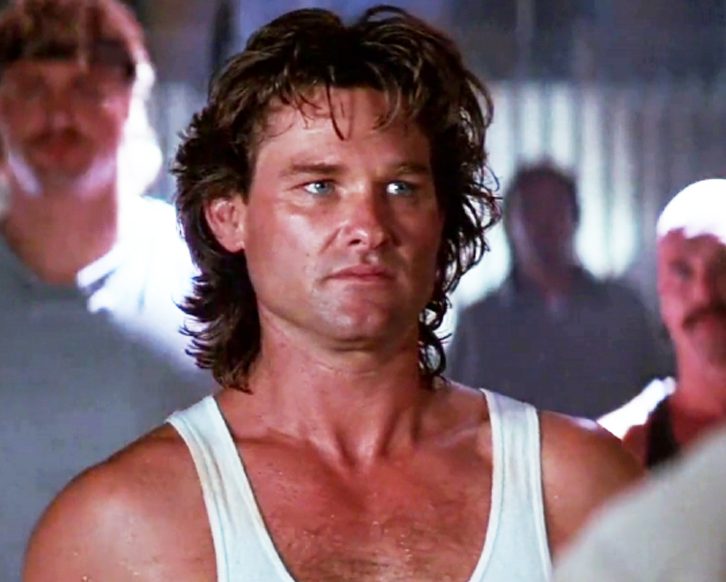 Universal had developed Hard Target with Jean-Claude Van Damme in mind, but originally director John Woo had his eye on another notable action man for the lead: Kurt Russell.

Unfortunately, Russell was all booked up at the time (1993 saw him make Tombstone, followed by 1994’s Stargate), so Woo – despite having some reservations – agreed to make the film with Van Damme.

8. The film is only set in New Orleans to explain Van Damme’s Belgian accent

Hard Target is set in New Orleans for one specific reason: to explain away Jean-Claude Van Damme’s Belgian accent as Louisiana French Cajun.

Similar tactics to account for Van Damme’s accent had been taken on some of his other movies, including Universal Soldier, in which his character was French Canadian.

7. Sam Raimi was on set as a standby director because the studio was nervous about Woo 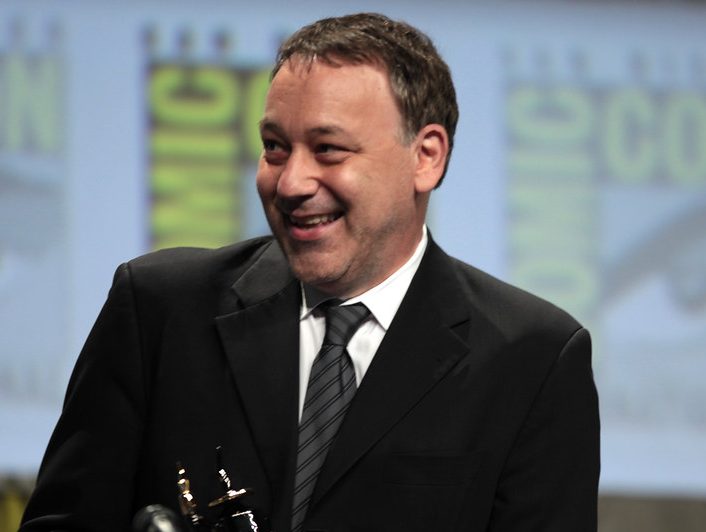 One name that stands out in the Hard Target credits is executive producer Sam Raimi, the future Spider-Man filmmaker who was then fresh from the success of Darkman and Army of Darkness. Because John Woo had never directed an American film, executives at Universal were worried that he wouldn’t be up to the job, and insisted that Raimi be on set ready to take over if they decided to fire Woo.

Instead, Raimi was Woo’s most passionate supporter, widely praising the director and demanding the studio show him more respect and support.

6. More outrageous action was added to make the most of Van Damme

John Woo’s signature style of action (sometimes dubbed ‘Heroic Bloodshed’ or ‘gun-fu’) is distinct from a lot of Asian action filmmaking in that it hinges on firearms, rather than martial arts. However, because Jean-Claude Van Damme was most famous for his martial arts prowess, this was incorporated into Hard Target.

As scripted, the action scenes didn’t feature quite so many acrobatic kicks and punches as we see in the final film. This includes the notorious rattlesnake scene, in which Chance was originally meant to simply catch the snake, not knock it out with a jab.

5. Van Damme insisted that one camera should focus solely on his biceps 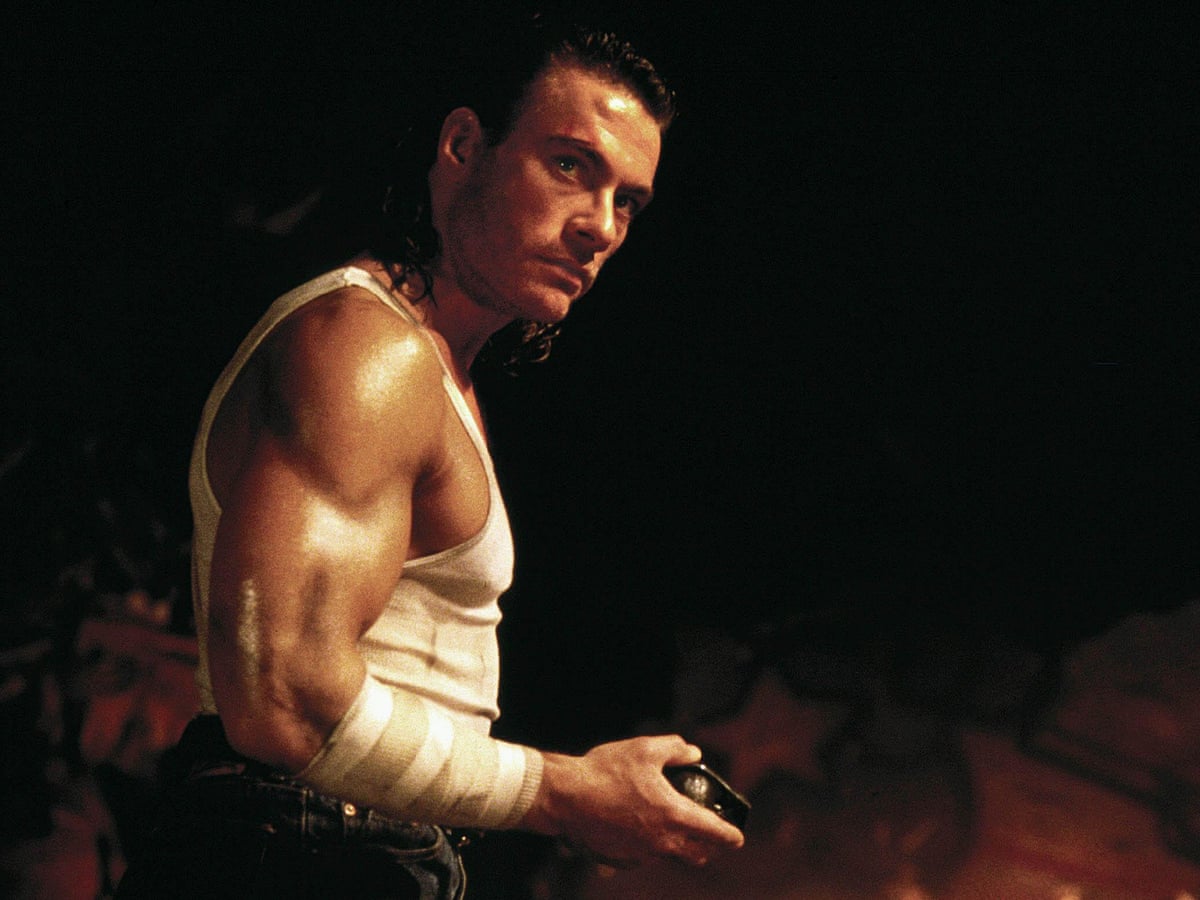 As well as having to deal with studio bureaucracy, John Woo also had to deal with the demands of Van Damme. The action star was at the height of his power, and notorious for having a raging ego and diva-ish attitude.

Woo recalls, “I liked to set up four cameras, and he’d want one camera to [focus only on] his arm, muscled arm, you know!… I shot it, but I never used it.”

4. Woo and Van Damme each produced their own cut of the film 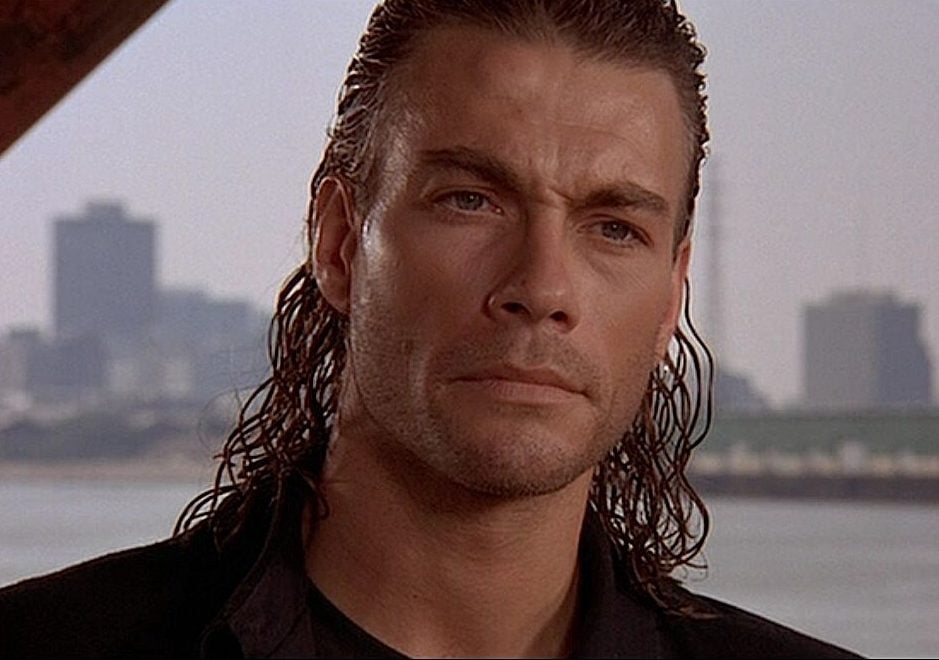 The clash between the director and the star only got worse once Hard Target was in the editing room. At the same time that Woo produced his director’s cut, Van Damme was working with another editor on his own cut of the film.

The director reflects, “Of course, I was so upset… It’s not right! This is my movie, I should do my own cut!”

3. The film almost got an NC-17 rating because of its violence 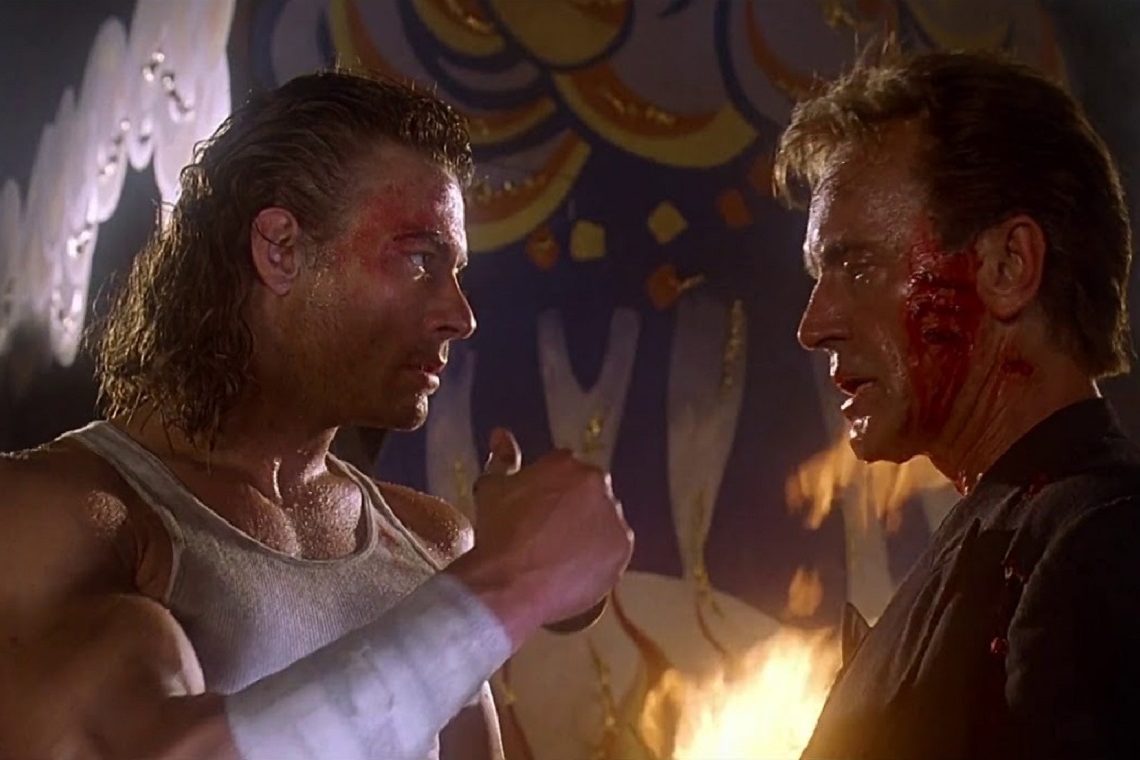 As if conflicts with the studio and the star weren’t bad enough, Woo also found himself at loggerheads with the Motion Picture Association of America. When presented with the original cut, the MPAA said they would only pass Hard Target with an NC-17 certificate.

As the NC-17 was considered the kiss of death at the box office (and still is), Woo was forced to recut. Eventually the film had to be re-submitted seven times, with more trims made each time, before the MPAA finally gave it the desired R-rating.

2. It launched John Woo as a major Hollywood filmmaker 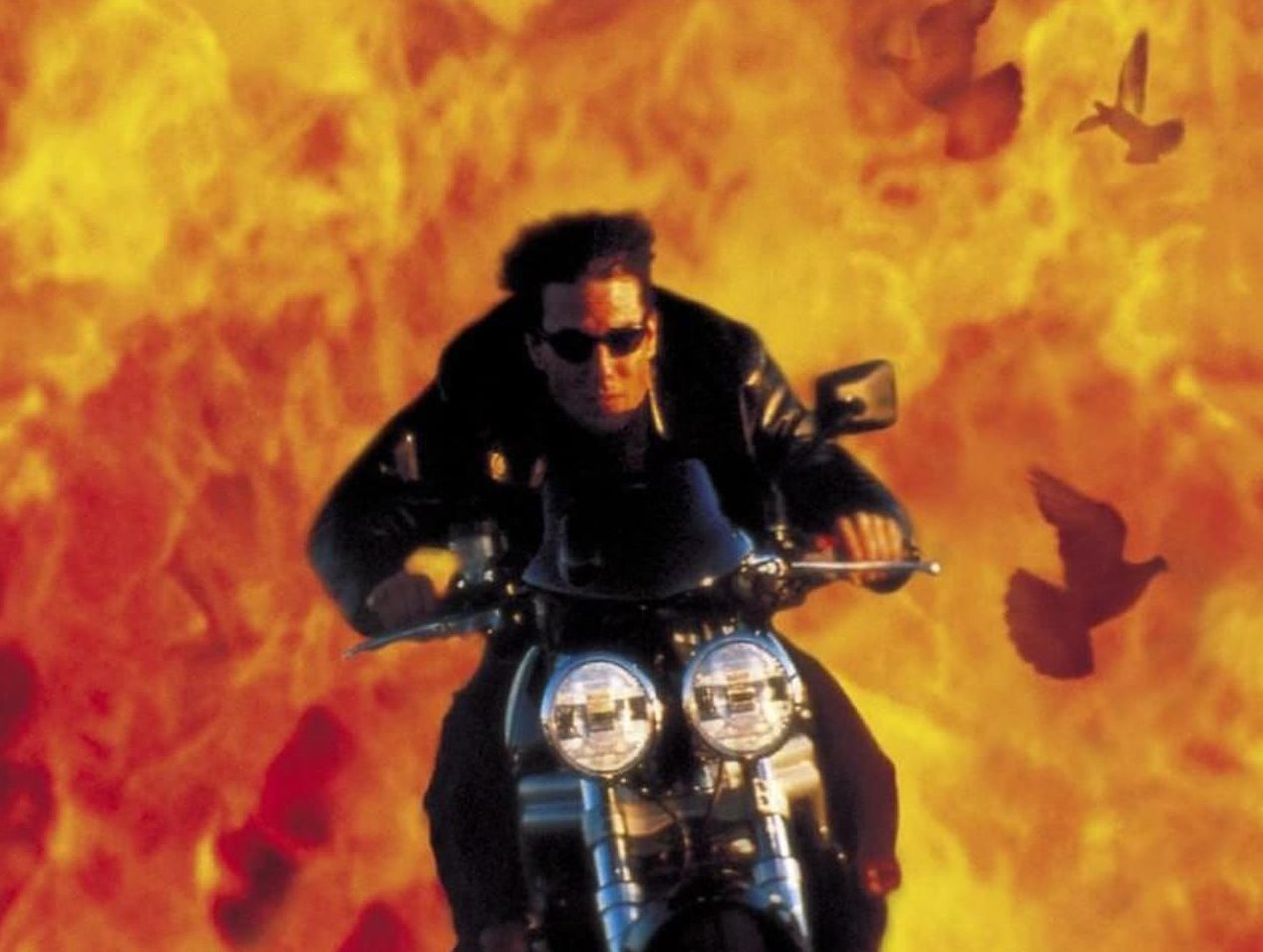 After the success of Hard Target, John Woo went on to make more action hits in the US. His next was Broken Arrow, followed by Face/Off, which was widely hailed on release as one of the best action movies ever.

After that, Woo had his biggest hit when Tom Cruise hired him for Mission: Impossible II – but after Woo’s next films Windtalkers and Paycheck under-performed, the director returned to Hong Kong.

1. It got a direct-to-DVD sequel in 2016 starring Scott Adkins 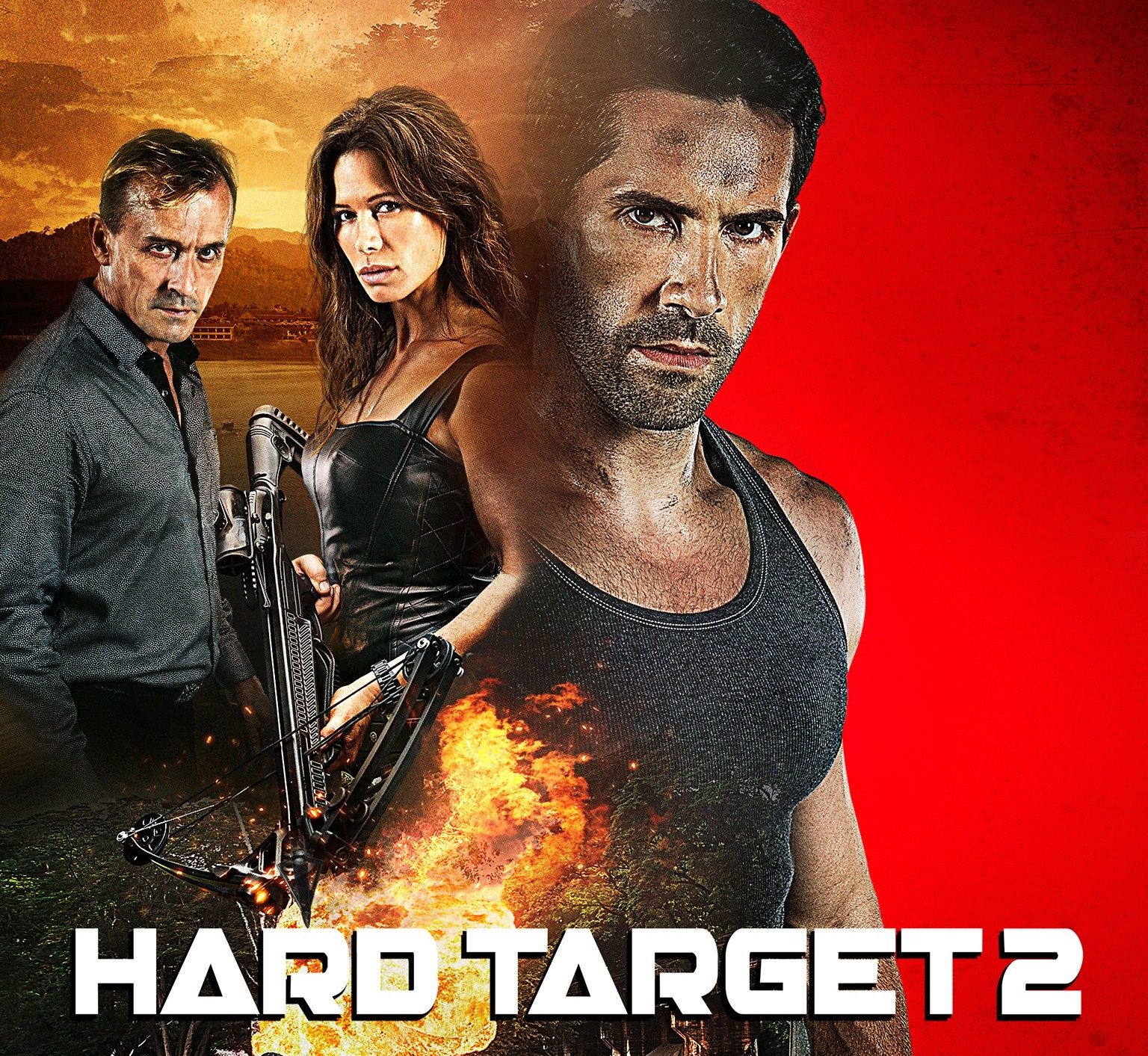 Hard Target was a reasonable box office hit, earning over $74 million off the back of a $19.5 million budget. However, it didn’t get a sequel for another 23 years – and even then, the film was released direct to DVD.

Hard Target 2 (a name-only follow-up that uses the same basic concept but none of the characters) came out in 2016, starring the current king of direct-to-DVD action movies, Scott Adkins.