10 Things You Didn’t Know About Darkman

Back in 1990, Liam Neeson was a lesser-known Irish actor who’d never headlined a high profile action movie, and Sam Raimi was notorious as the director of the cheap and nasty Evil Dead movies. Things would change, however, when the two men teamed up on the high-octane revenge fantasy Darkman.

An unorthodox blend of old-fashioned Gothic horror and contemporary action thriller, Darkman was a bigger hit than anyone expected and helped propel forward the careers of everyone involved. Here are 10 things about the movie which you might not have known.

10. Sam Raimi had originally wanted to make a movie about Batman or The Shadow 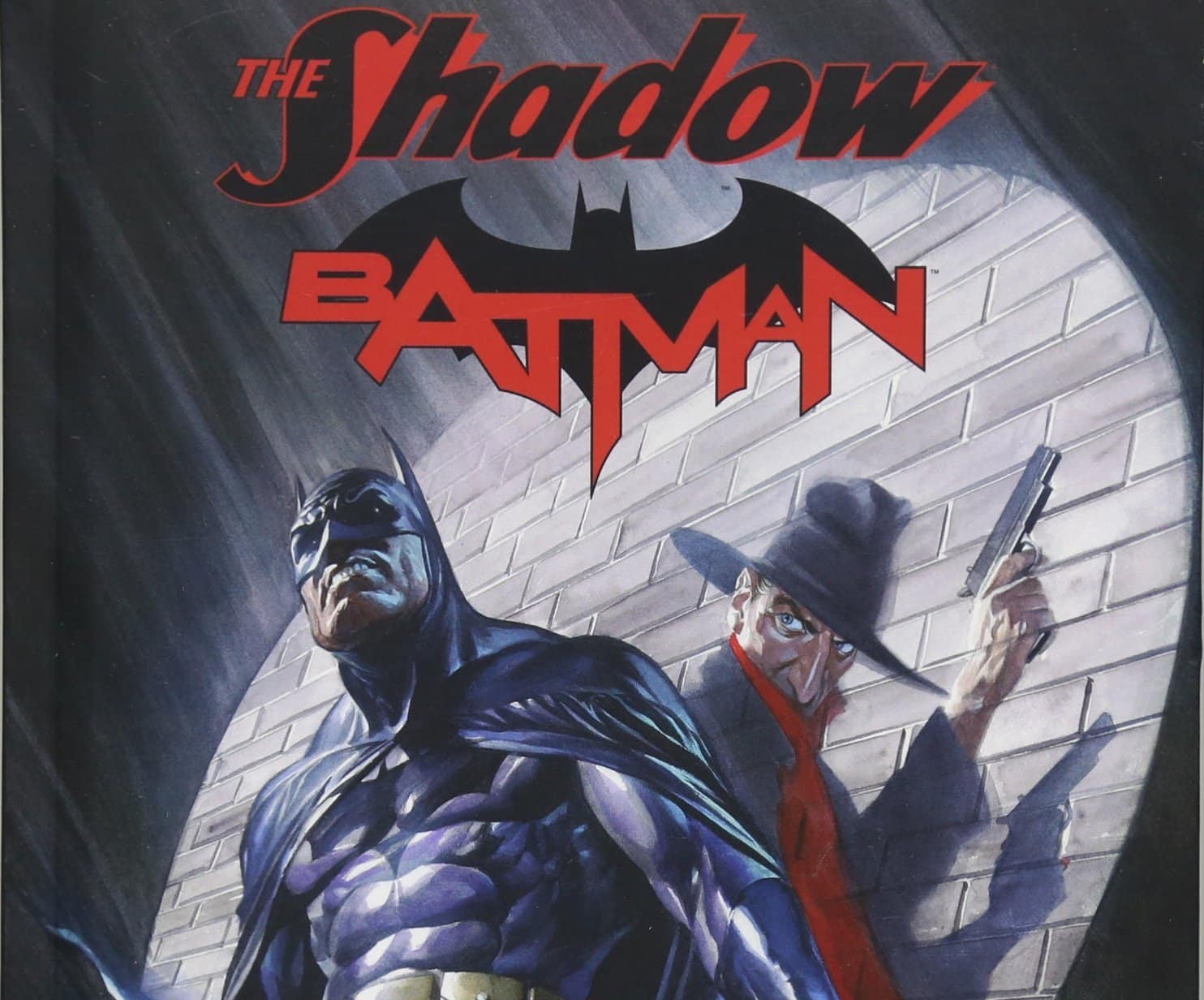 Keen to make a comic book adaptation for his first mainstream movie, Sam Raimi originally hoped to get the rights to make either Batman or The Shadow, but was unsuccessful in doing so.

Instead, the director and his co-writer and brother Ivan Raimi conceived Darkman as their own original comic book-style anti-hero. 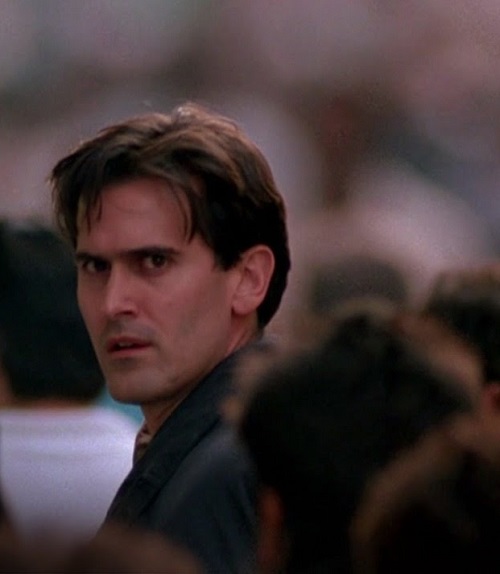 Raimi had originally hoped to cast his old friend and Evil Dead leading man Bruce Campbell as Dr Peyton Westlake/Darkman, but was overruled by studio Universal, who insisted on a more bankable actor.

However, thanks to the central gimmick that Darkman can disguise himself as anyone with synthetic skin, Campbell very briefly takes the role in the film’s final shot.

8. Gary Oldman could have played Darkman 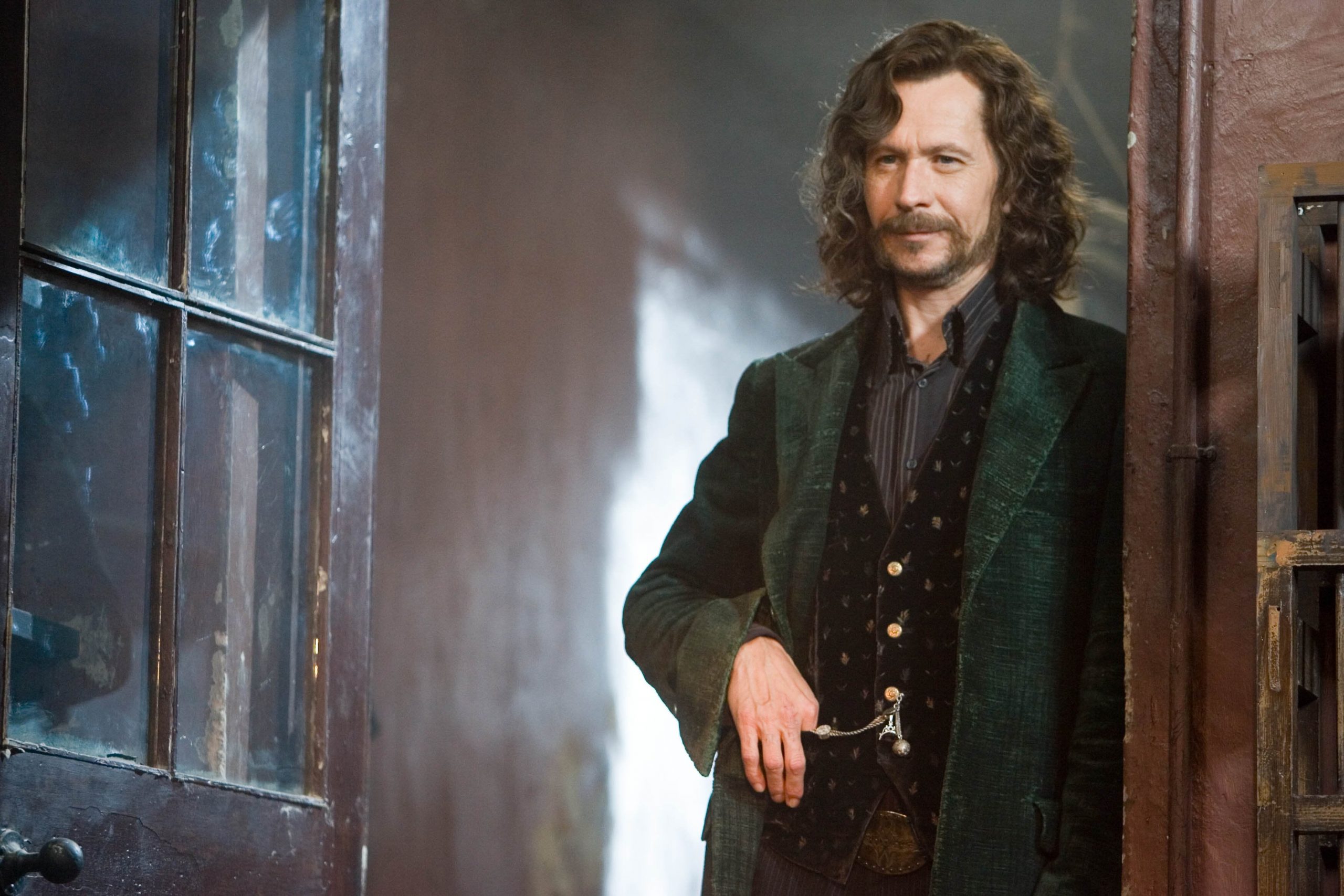 Before Liam Neeson was cast, other contenders for Darkman included Gary Oldman and Bill Paxton. Neeson had been friends with the late Paxton, and apparently after he beat Paxton to the role the two actors didn’t speak for months.

Meanwhile, Julia Roberts, Demi Moore and Bridget Fonda had been in the running for the female lead Julie Hastings, before Frances McDormand was cast. 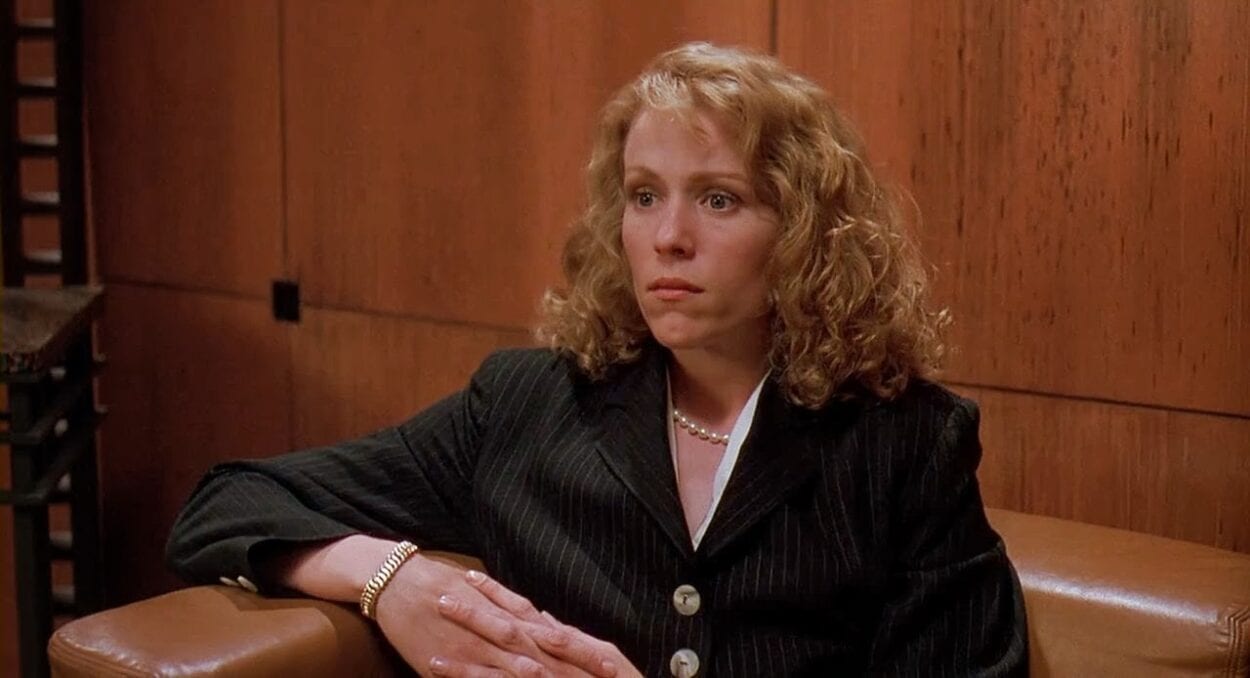 Future Oscar winner McDormand was a friend of the director, as the wife of his sometime collaborator Joel Coen. However, Raimi and McDormand often struggled working together, frequently having different ideas about how to play the material.

The director noted, “apparently I didn’t know Fran as well as I thought,” but insisted their disagreements were “healthy.”

6. The script was re-written multiple times before it was shot 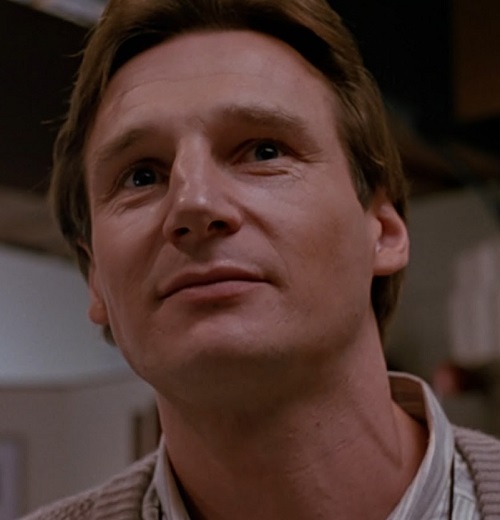 Originally written by Sam Raimi, then adapted into a screenplay with his brother Ivan, Darkman ultimately went through 12 drafts before the shooting script was done. The last major rewrites were from Chuck Pfarrer and Daniel and Joshua Goldin, although Joel and Ethan Coen also did some uncredited revisions.

Raimi says it was extensively rewritten because they wanted to “explore a man’s soul,” chronicling Westlake’s downward spiral from sympathetic hero to vengeful wraith.

5. Neeson had to work 18 hour days in full Darkman make-up 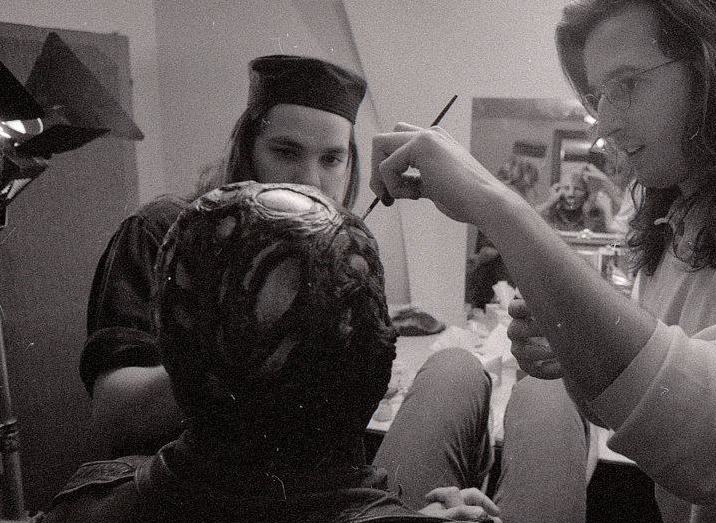 Westlake’s synthetic skin lasts only 99 minutes at a time. No such luck for Liam Neeson, who had to spend around five hours in the make-up chair, then work up to 18 hours in full make-up as the disfigured Darkman.

Neeson was not put off by this, viewing the make-up as a “challenge” and feeling excited by “working behind a mask on camera… exploring the possibilities of what that entailed.” 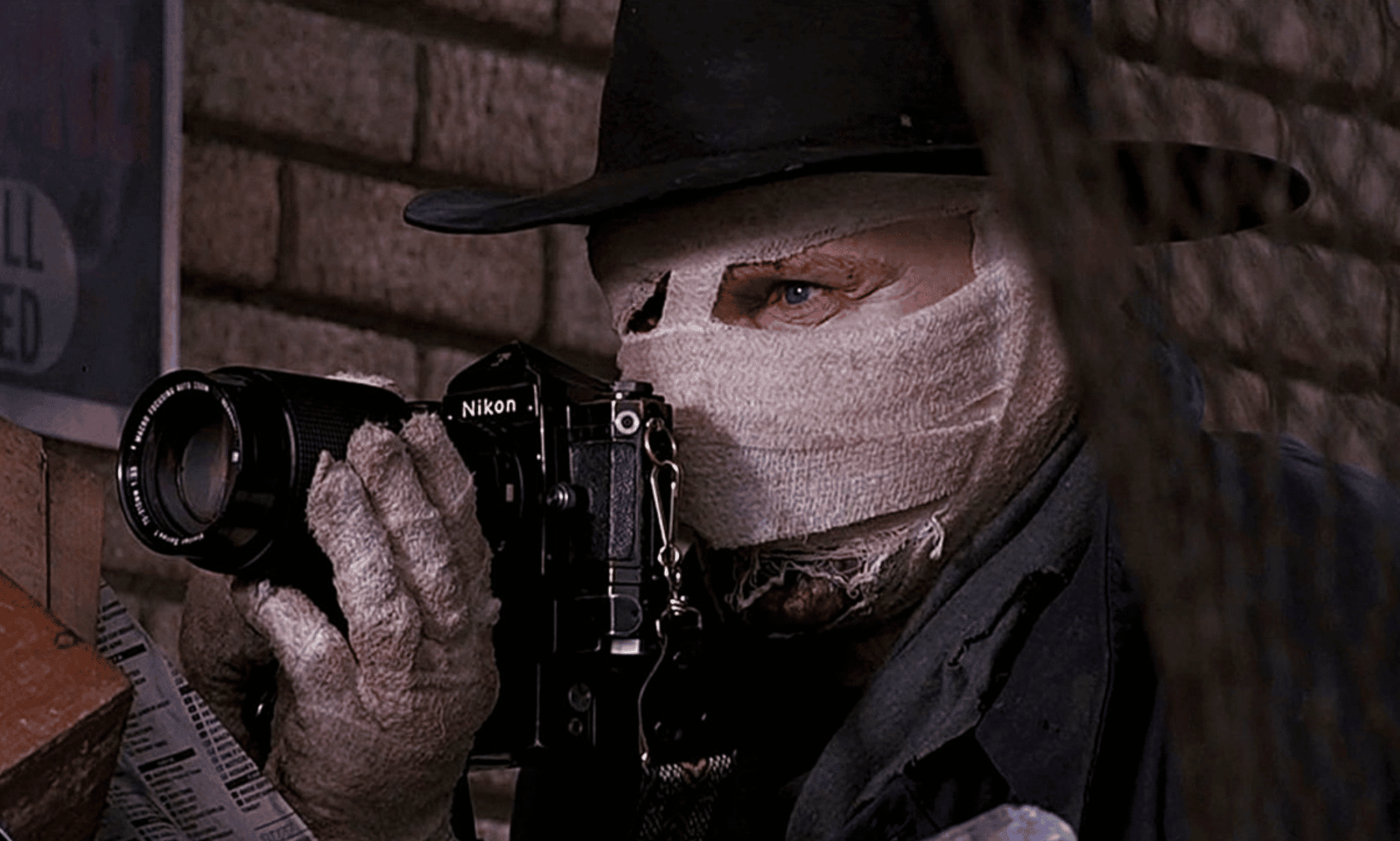 As much as Darkman may dive headfirst into arch camp territory, the cast and crew were still keen to tell a human story about a man’s struggle to return to his life after narrowly escaping death by fire.

To this end, Neeson met with the Phoenix Society for Burn Survivors as research before the shoot began.

3. The studio was nervous about the film’s weirder material 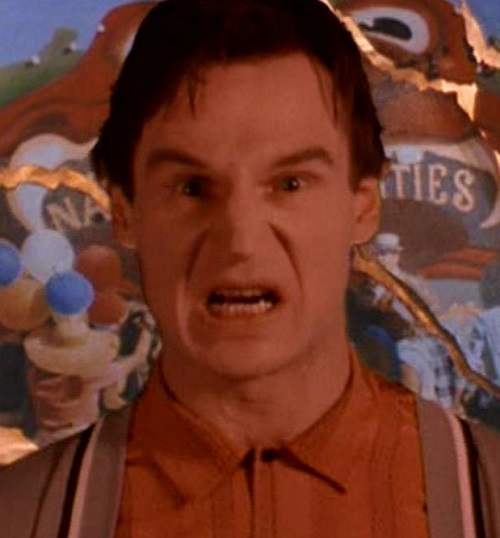 While it isn’t quite so outrageous as Raimi’s earlier Evil Dead movies, Darkman is still pretty out there in tone and content, and studio Universal was reportedly nervous that at times the film went too far, demanding changes be made.

As a result, the editing process on the film proved extremely stressful, so much so that the film’s original editor reportedly suffered a nervous breakdown and had to leave.

2. It performed well above expectations with critics and audiences 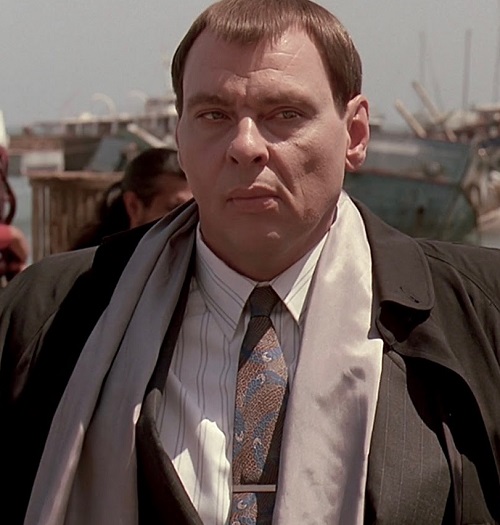 To the surprise of most people involved, Darkman became a sleeper hit on release in August 1990, more than recouping its $16 million budget with box office takings of almost $50 million, and being met with almost unanimously positive reviews.

While not a direct comic book adaptation, the film is often cited as a big turning point for comic book cinema, which no doubt helped Sam Raimi land the job of Spider-Man director a decade later.

1. It launched a multi-media franchise 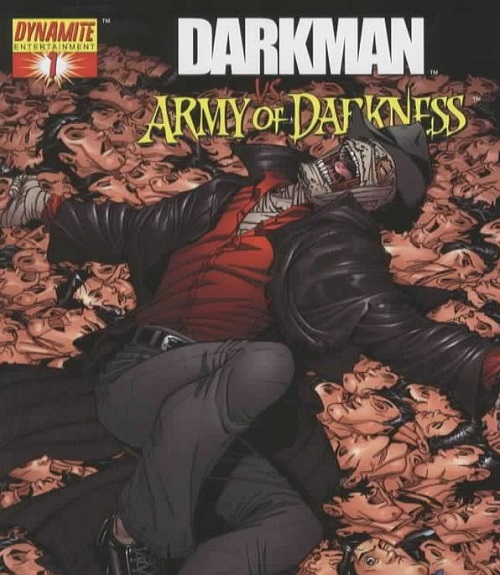 Darkman spawned two direct-to-video sequels in the 1990s, but has also seen a wide variety of offshoots in other media. In 1992, a pilot episode was shot for a proposed Darkman TV series, but no TV network picked it up.

Darkman has also appeared in comics (including a 1990 adaptation of the film by Marvel, and a 2006 crossover with Army of Darkness), a series of novels from Jove Books, an Ocean video game, plus action figures and Halloween masks have been made in the character’s likeness.