The hotly anticipated and ultimately incredibly successful sequel to Top Gun finally reached screens in 2022 – only with a few famous faces from the 1986 original missing from the cast. While Tom Cruise returns to the role of Lieutenant Pete ‘Maverick’ Mitchell and Val Kilmer is back as Iceman, fans have asked: why isn’t Meg Ryan in Top Gun: Maverick?

Meg Ryan rarely acts these days, having only appeared in two films since 2009, while Maverick director Joseph Kosinski has said the former rom-com superstar isn’t in Top Gun 2 because her character, Carole Bradshaw, just wasn’t in his vision for the film. With Ryan remaining silent on the matter, however, some have speculated that it was simple Hollywood ageism that saw Ryan, along with Cruise’s original love interest, Kelly McGillis, replaced by the younger Jennifer Connelly. In the first Top Gun, a then-unknown Meg Ryan co-stars as Carole Bradshaw, wife of Anthony Edwards’ Nick ‘Goose’ Bradshaw, Maverick’s radar intercept officer and best friend. When Goose dies in a tragic accident and leaves Maverick in a tailspin, Carole reassures Maverick that he isn’t to blame. Goose is also survived by his toddler son, Bradley.

Like Tom Cruise, Meg Ryan enjoyed a meteoric rise to fame after Top Gun. She enjoyed particular success in romantic comedies, from 1989’s When Harry Met Sally to 1993’s Sleepless in Seattle and 1998’s You’ve Got Mail. However, from 2000 onwards Ryan’s screen appearances were more sporadic, and today she is considered largely retired as an actress in favour of directing: she made her debut behind the camera with 2015’s Ithaca, and her second film, What Happens Later, is currently in production.

Still, given that Top Gun: Maverick was shot all the way back in 2018 (its release delayed due to Covid-19), it’s unlikely Ryan was too busy to make an appearance. The return of Carole Bradshaw would also have made sense, given the film largely follows her son Bradley ‘Rooster’ Bradshaw (Miles Teller). 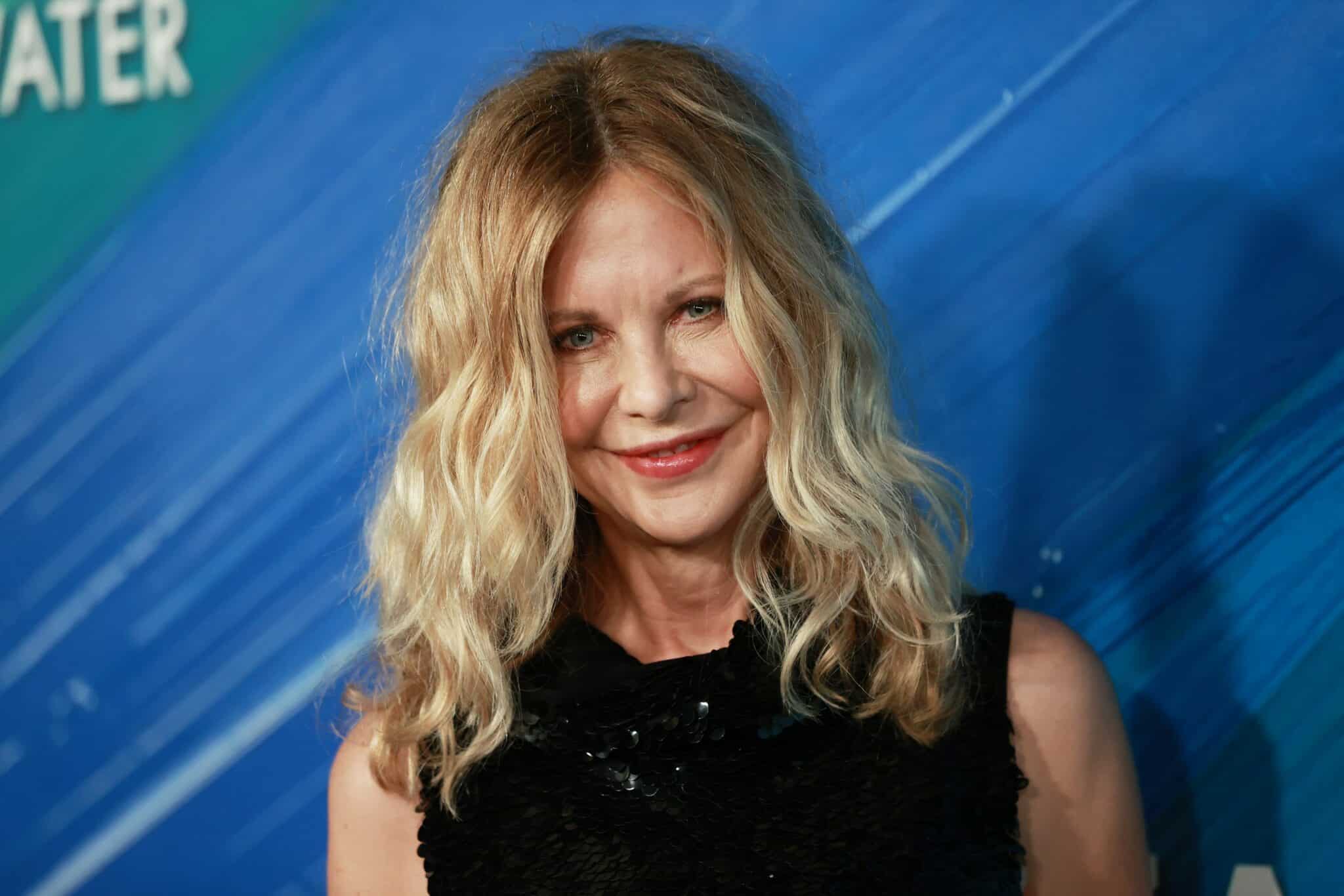 However, Meg Ryan’s only appearance in Top Gun: Maverick is in brief flashbacks that reuse footage from the earlier film, and it’s quietly mentioned that her character has died in the interim between the two movies. Ryan herself hasn’t said a word about why she was left out of the sequel.

Ryan isn’t the only surviving character from the original Top Gun to not return: Tom Skerritt, Tim Robbins, Rick Rossovich, John Stockwell, Adrian Pasdar and James Tolkan are just some of the cast members from the 1986 film not brought back. (Nor, of course, was Anthony Edwards, but that’s logical given Goose’s demise in the first movie.) Notably, Maverick’s love interest from the original – Kelly McGillis’ Charlie – is nowhere to be seen in the sequel, again other than in recycled footage from the original.

Instead, a new character joins the franchise: Penny Benjamin, a bar owner and former girlfriend of Maverick, played by A Beautiful Mind Oscar winner Jennifer Connelly (more recently seen in TV’s Snowpiercer). The character was briefly mentioned in the original film as an Admiral’s daughter with whom Maverick enjoyed a fling. 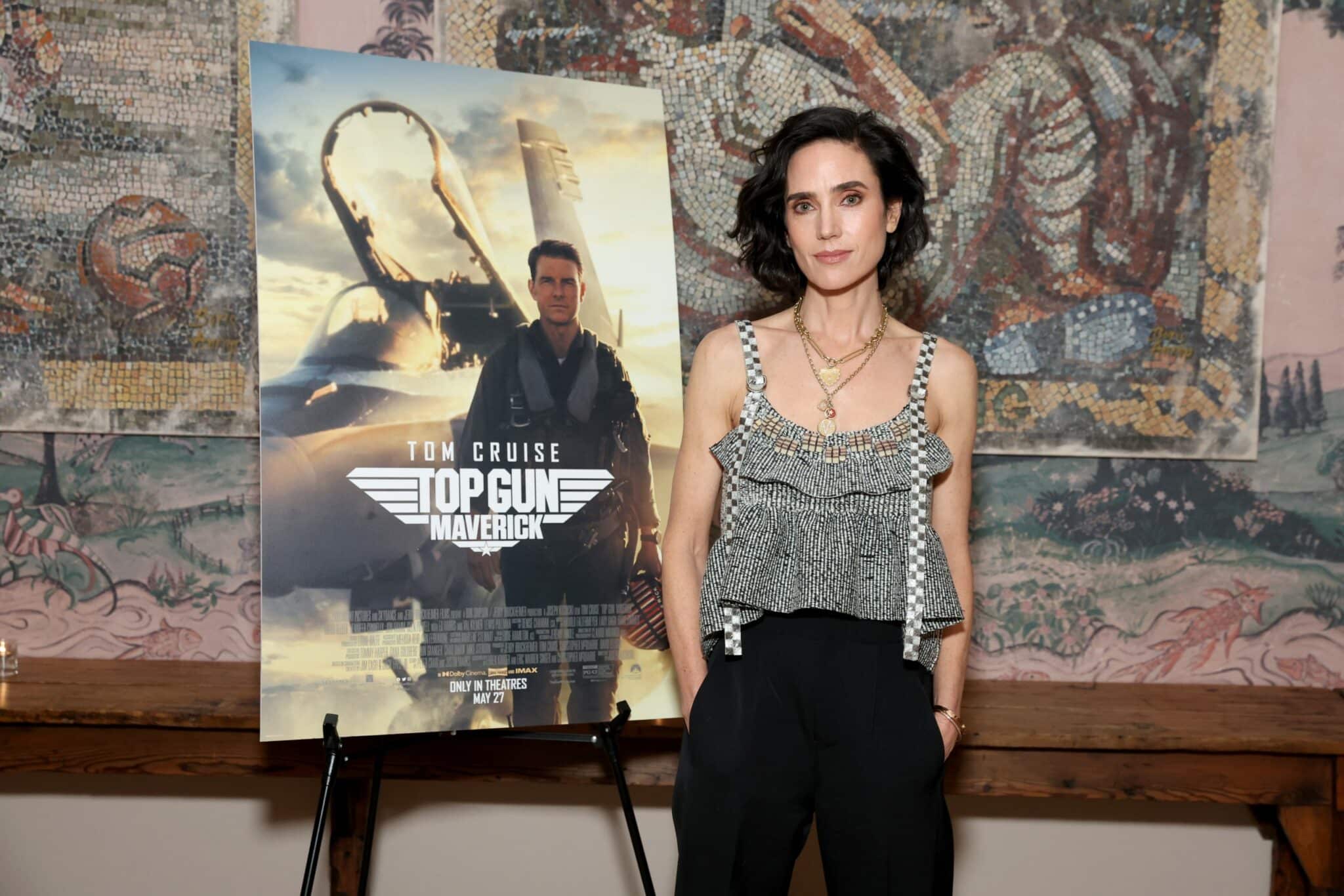 Connelly’s breakthrough movie, Labyrinth, came out around the same time as the original Top Gun in 1986 – and the actress was only 15 at the time. When Cruise turned 60 not long after Top Gun: Maverick opened, Connelly was 51 – nine years the junior of Meg Ryan, and 14 years younger than Kelly McGillis.

As such, many have accused the Top Gun: Maverick filmmakers of ageism against older women. One person who seems to have absolutely no doubts about this is Kelly McGillis. After Top Gun, McGillis joined Jodie Foster in acclaimed hit The Accused, but soon her mainstream career faltered, and in recent years she’s tended to work in smaller, independent films. Moreover, McGillis has openly stated that she was never even approached about appearing in the Top Gun sequel.

When Entertainment Tonight asked her in 2019 whether she had been invited back, McGillis said: “Oh my god no. They did not, nor do I think they would ever. I mean, I’m old and I’m fat, and I look age-appropriate for what my age is, and that is not what that whole scene is about.” 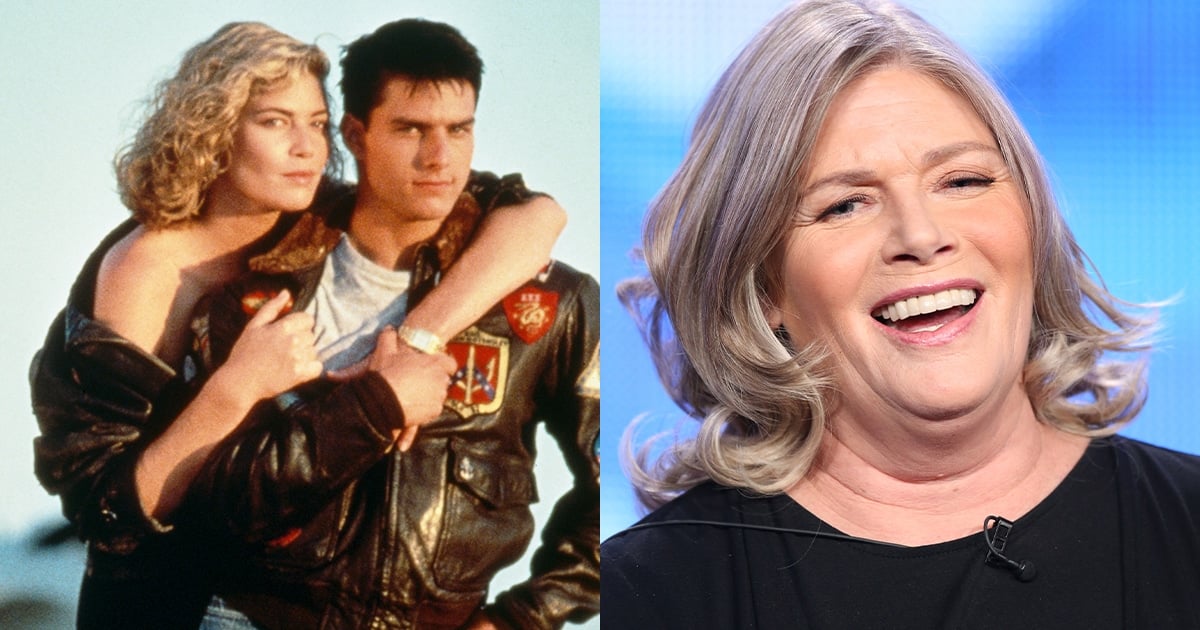 Even if she had been asked to return, it’s likely McGillis would have been asked to lose weight for the movie; this was infamously the case for Carrie Fisher when she was invited to reprise the role of Leia in the Star Wars sequels. McGillis seems to have no regrets on that front, insisting “I’d much rather feel absolutely secure in my skin and who and what I am at my age, as opposed to placing a value on all that other stuff.”

However, Top Gun: Maverick director Joseph Kosinski has dodged accusations of ageism, insisting that neither Ryan nor McGillis were even considered for his sequel. Their characters, Kosinski said, were “not in the story that I worked on. Clearly, their spirits hang over the film in certain ways. There is a glimpse, as you guys know, of both of them in the film. But it was important that we wanted to make sure we were telling a new chapter of Maverick’s life. We didn’t want to be looking back the whole time.

“So, we’ve got his relationship with Penny Benjamin [which] is the focus of this story. Which, you know, for the diehard fans is a fun one because she was only mentioned briefly in [the original Top Gun]. Just that one line was a great starting point for this whole new character.” 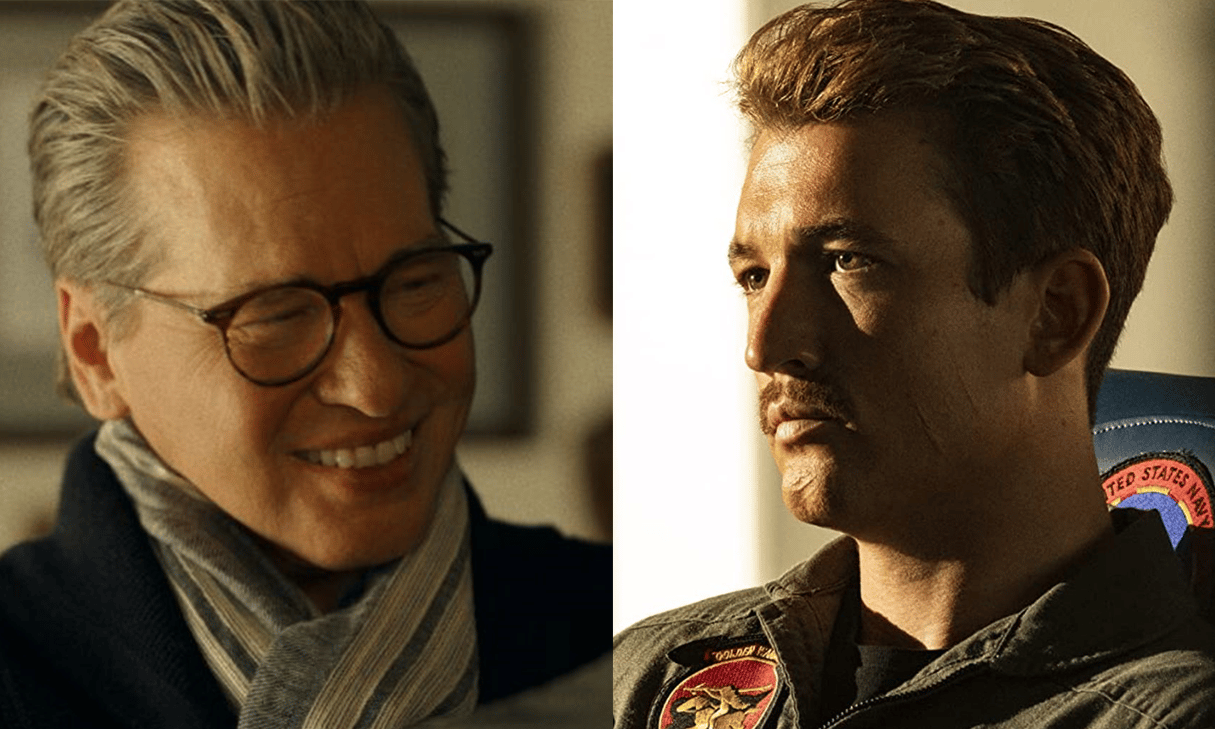 A big part of how Top Gun: Maverick carries the spirit of its old stars is in the introduction of Miles Teller as Lieutenant Bradley “Rooster” Bradshaw, previously played by child actors Aaron and Adam Weis. It was quickly noted on the Maverick set by Cruise himself that, once in costume (and wearing a Goose-esque moustache), Teller bore an uncanny resemblance to his screen parents Meg Ryan and Anthony Edwards.

Maverick’s most moving callback to the original Top Gun is with the brief but memorable return of Val Kilmer as Tom ‘Iceman’ Kazansky. Two years Cruise’s senior, Kilmer’s recent battle with throat cancer led filmmakers to use an artificial intelligence dubbing system for his otherwise largely silent performance. “They were able to dub him with his own voice, which is amazing,” Kilmer’s daughter explained to the press.

With box office takings of one-and-a-half billion dollars worldwide, Top Gun: Maverick is the highest-earning film of Tom Cruise’s career, and its 96% Rotten Tomatoes score makes it one of his biggest critical successes. There’s no disputing the long-delayed sequel is a major career highlight for the leading man – but it might still raise questions about how he treats his leading ladies.