Jim Henson’s 1986 fantasy adventure Labyrinth is a childhood-defining movie for many. A blend of fairytale and coming-of-age drama, it also features catchy tunes written and performed by rock legend David Bowie, who stars in the film as the creepy yet charismatic Jareth, the Goblin King. To this day, both villain and film remain most notable for one thing: Jareth’s physique-hugging outfits, which all pack a hefty bulge in the crotch.

Fascination still swirls around Bowie’s Labyrinth bulge in the form of tribute videos and whole websites. You might have written the bulge off as a ‘wardrobe malfunction’ that somehow slipped the attention of Henson and company. In fact, the bulge is not evidence of a real large endowment on Bowie’s part, but the makers of Labyrinth still knew exactly what they were doing when they designed Jareth’s swollen codpiece. 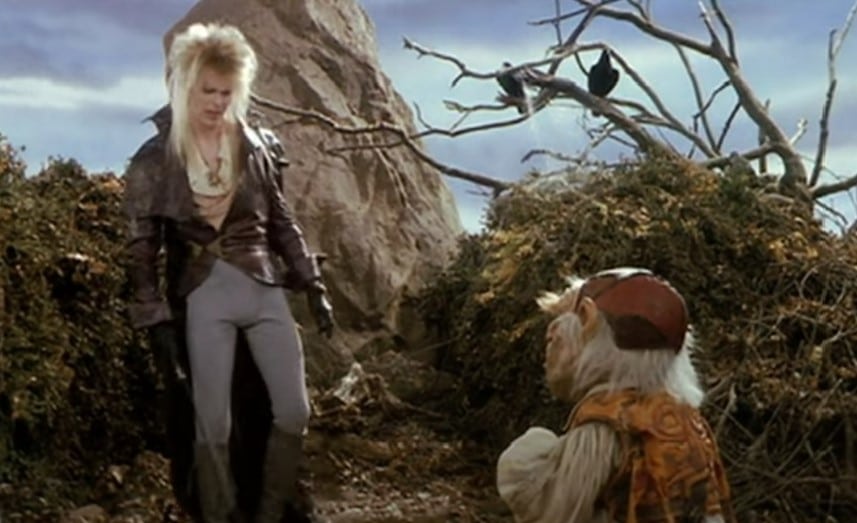 After making his feature directorial debut with The Great Muppet Caper in 1981, Muppets creator Jim Henson ventured into more mature, sophisticated territory with 1982’s The Dark Crystal, an epic fantasy with a harder edge than audiences expected from the Muppet maker.

For Labyrinth, his third film, Henson wanted to go back to a lighter, more family-friendly tone while still tackling the difficult period of adolescence. He would do it through two characters: protagonist Sarah (played by a 14-year-old Jennifer Connelly), the teenage girl who must venture through the mystic maze in search of her kidnapped baby brother; and antagonist Jareth, the Goblin King who holds Sarah’s brother prisoner.

Henson recalled in a 1986 interview that casting Jareth was easy: “Somewhere quite early on we said, ‘what if [Jareth] were a rock singer, a contemporary figure?’ Then we said, ‘who? Michael Jackson, Sting – David Bowie.’…And David was immediately the one we wanted.” 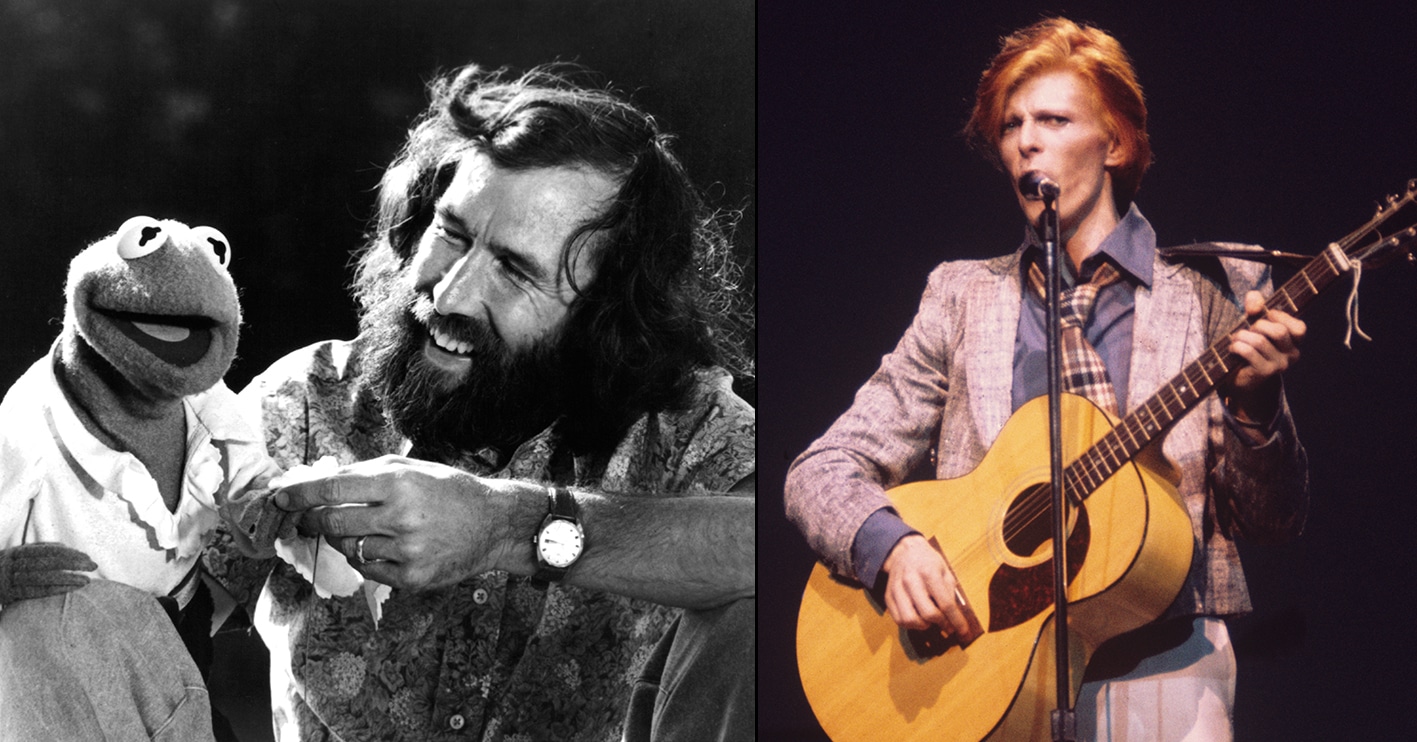 By this point, Bowie had been one of the biggest rock stars around for over a decade. Nor was he a stranger to film acting, having starred in such acclaimed films as The Man who Fell to Earth and Merry Christmas, Mr. Lawrence.

Although he’d never appeared in a family-oriented film before, Bowie was impressed by Henson and designer Brian Froud’s vision for Labyrinth and agreed to play Jareth. It was perfect casting; in the words of Toby Froud, Brian Froud’s son, who played baby Toby and has since become a designer and puppeteer himself, Jareth “is meant to be a sexual icon”.

Henson wanted Labyrinth to explore the “magic point of adolescence,” the transitional period between childhood and adulthood when “shifting feelings” gradually come to the surface. Along with screenwriter Terry Jones, Henson wrote Jareth to be both frightening and alluring to Sarah: “It’s something you can’t quite put your finger on… it’s very powerful and it has the ability to go from very attractive to [nearly] villainous.”

Froud told Empire in 2016 that he brought more to Bowie’s costume than just the “perv pants”: “There’s the danger of a leather boy in his leather jacket, which also has a reference to the armour of a certain type of German knight in it; there are references to Heathcliff from Wuthering Heights; and the tight trousers are a reference to ballet dancers. He’s an amalgam of the inner fantasies of this girl.” 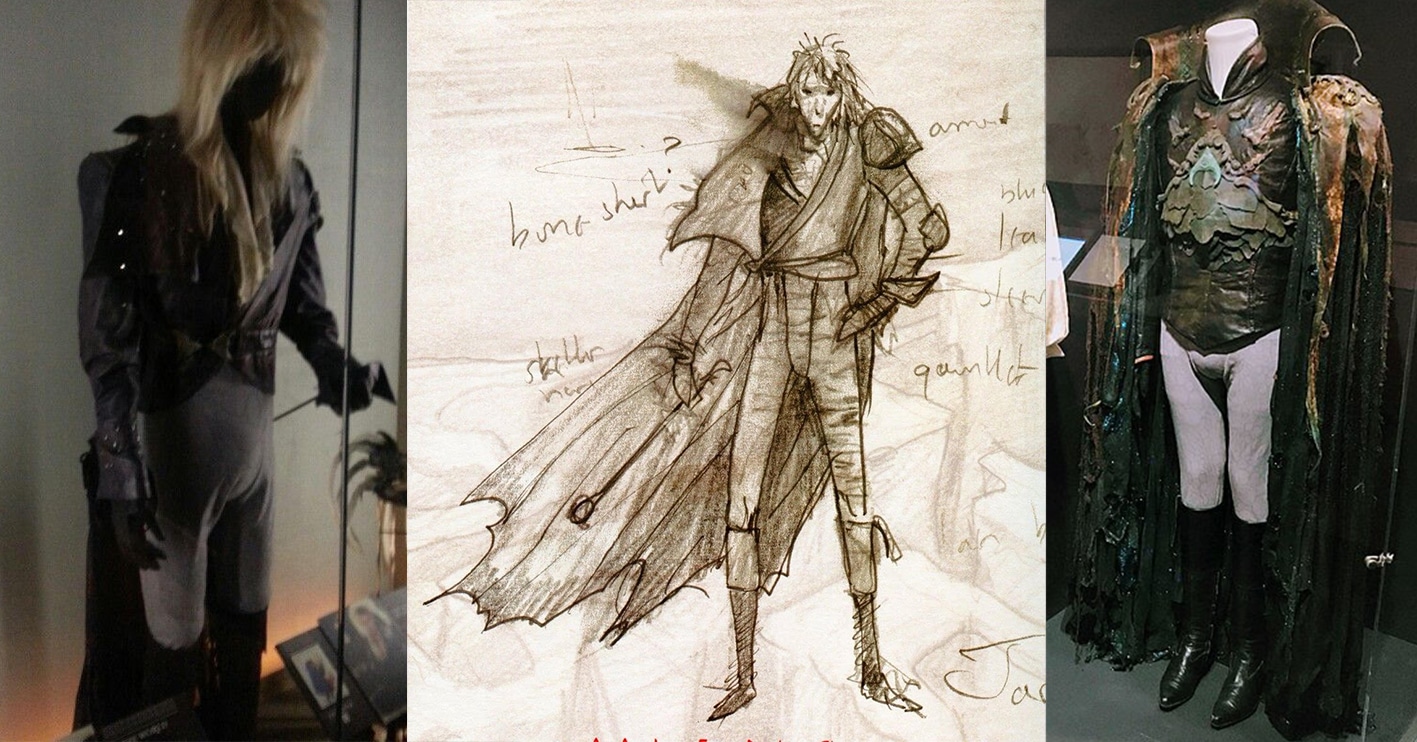 Froud says Jareth was always intended as a “romantic hero… he is supposed to be a young girls’ dream of a pop star. We got in a lot of trouble about maybe how tight his pants were, but that was deliberate.”

Jim Henson’s son Brian Henson, a puppet performer on the film (and later the director of The Muppet Christmas Carol), has also confirmed that the bulge was very much intended:

“You should have seen Brian [Froud]’s drawings… that codpiece just got bigger and bigger. And my dad was like, ‘this is great! That’s terrifying to a teenage girl… that’s what the movie’s about. She’s 15, she wants to be treated like an adult, but woah! That thing’s scary!” 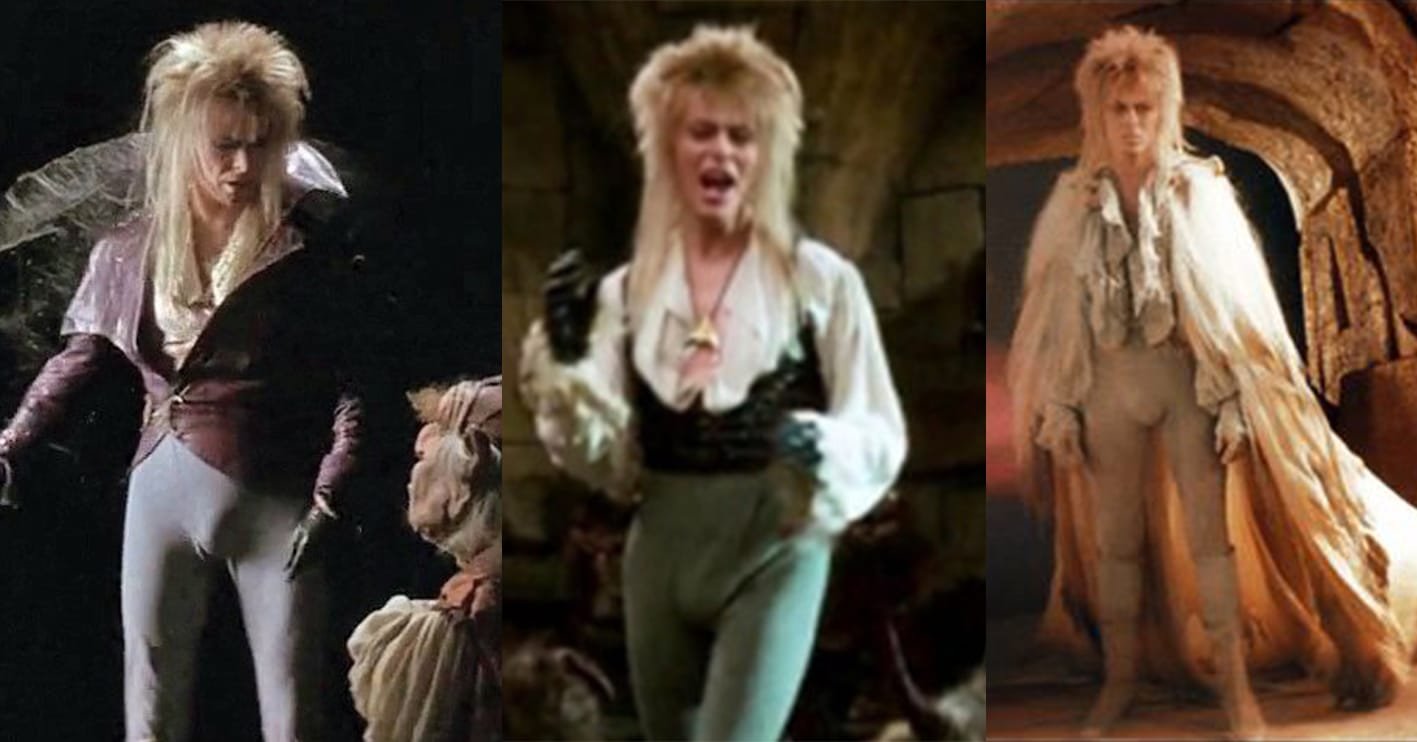 The first scene Bowie filmed was the tunnel confrontation with Sarah and Hoggle, and as soon as the first footage was seen by the studio, bulge and all, Brian Henson says panic set in: “The calls came back very quickly, ‘you’re absolutely nuts if you think David Bowie’s going to keep wearing that thing.’ So [the codpiece] then got smaller and smaller and smaller during the movie.”

Labyrinth wound up under-performing at the box office, failing to recoup its $25 million budget. Sadly, it would also prove to be Jim Henson’s final film as director, as the legendary puppetmaster passed away in 1990 from an infection, shortly after finishing work on The Witches. In the years since, however, Labyrinth found its audience on video and TV, and is now widely considered a classic. 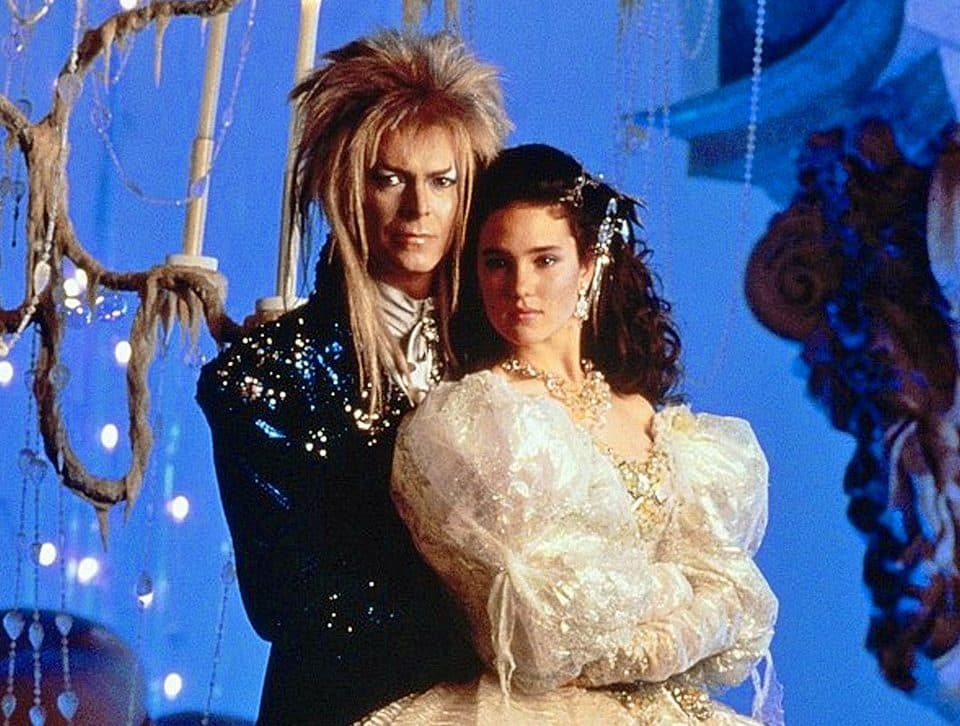 David Bowie also passed away from cancer in 2016, days after turning 69 and several months before Labyrinth’s 30th anniversary. Jennifer Connelly (most recently seen in Netflix series Snowpiercer) remembers Bowie with great fondness: “Not only was he a genius, he was a genius who had the time to be kind.” Perhaps unsurprisingly, the actress has avoided making any remarks about her sadly missed co-star’s nether regions.