Now more than ever, we can be forgiven for wanting to indulge in a little nostalgia for a simpler time – say, the golden age of Saturday morning cartoon shows, for example.

In what will be welcome news for anyone who grew up as an action fan and/or toy lover in the 80s, the entire original run of G.I. Joe cartoons has been officially released to YouTube.

Toyline Hasbro has put out the first 15 episodes of G.I. Joe: A Real American Hero onto the video-sharing platform, where they can be viewed for free. The available episodes include the original two animated miniseries The M.A.S.S. Device and The Revenge of Cobra, and the five-episode season one storyline The Pyramid of Darkness. 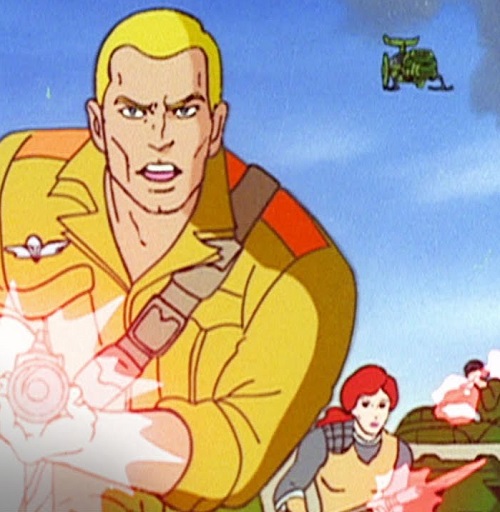 Not all readers may remember G.I. Joe: A Real American Hero, as in the UK and some other European markets the show was initially renamed Action Force.

The animated series (co-produced by the legendary Marvel, who also published tie-in comics) brought Hasbro’s long-running action figure line to the screen, revitalising the property for a new generation and making must-have toys out of the musclebound heroes and their vehicles.

G.I. Joe: A Real American Hero didn’t last as long as some other popular 80s cartoons, in part because it proved controversial for promoting warfare to pre-teens (though it was hardly the only inappropriate cartoon promoted to kids at the time).

A third movie – Snake Eyes, a prequel centred on G.I. Joe’s ninja hero, with British actor Henry Golding in the title role – is scheduled to hit cinemas in October 2020.