For anyone who grew up in the 80s, words like ‘smooth’ and ‘easy’ were pretty much synonymous with Lionel Richie. With his velvety vocals, iconic hair and moustache, and a slew of smash hits like Hello and All Night Long, Richie was one of the most beloved and biggest-selling musical acts of the decade.

The size of Richie’s following has not diminished in the many years since, and he’s still revered as one of the kings of the soft ballad. Join us now for a dance on the ceiling with the following fascinating facts you might not have known about the pop legend.

10. He thought about becoming a priest before pursuing music 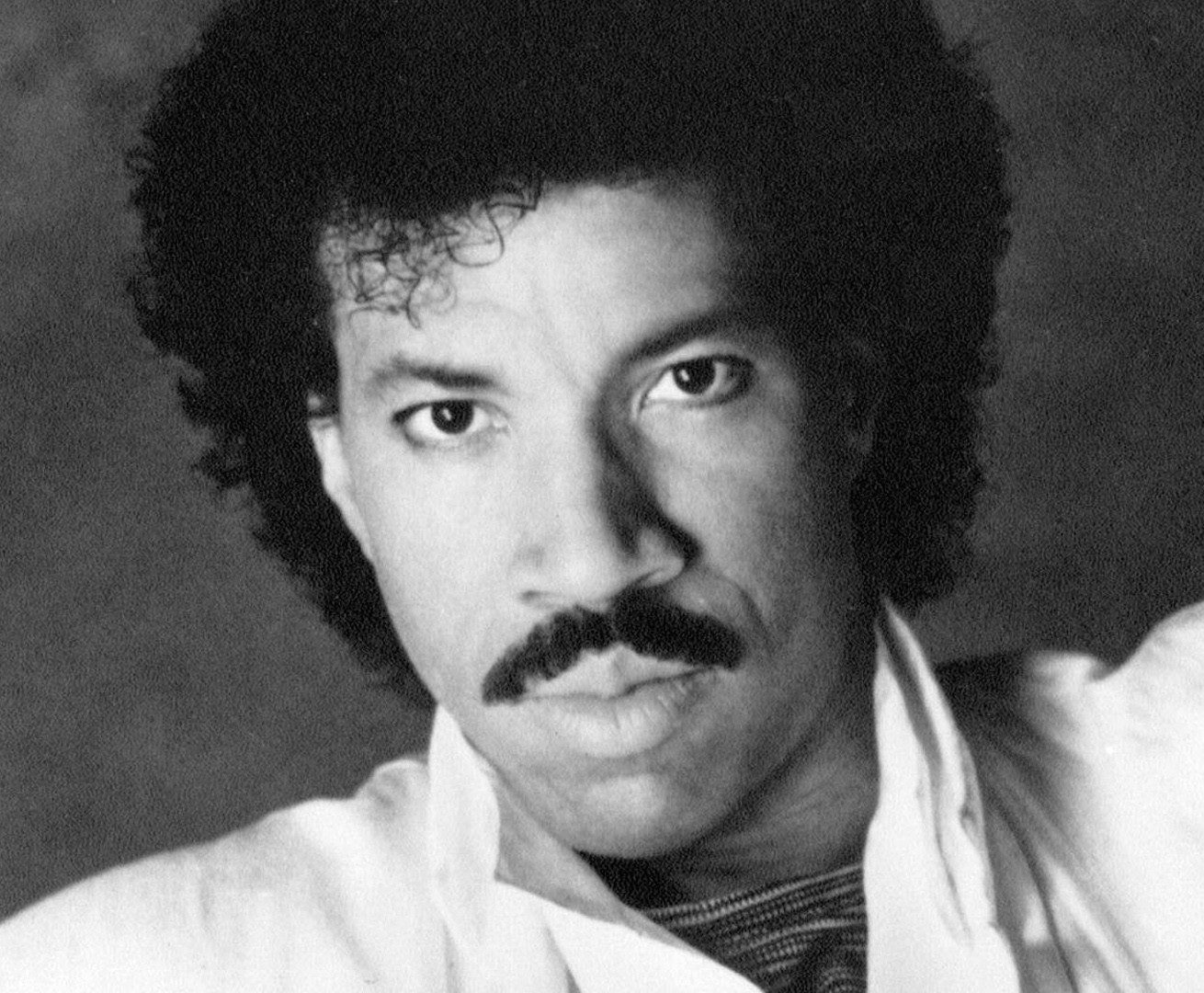 Ultimately Richie realised he wasn’t cut out for the priesthood and decided to pursue music, although he remains a religious man.

9. He was a star tennis player in his youth 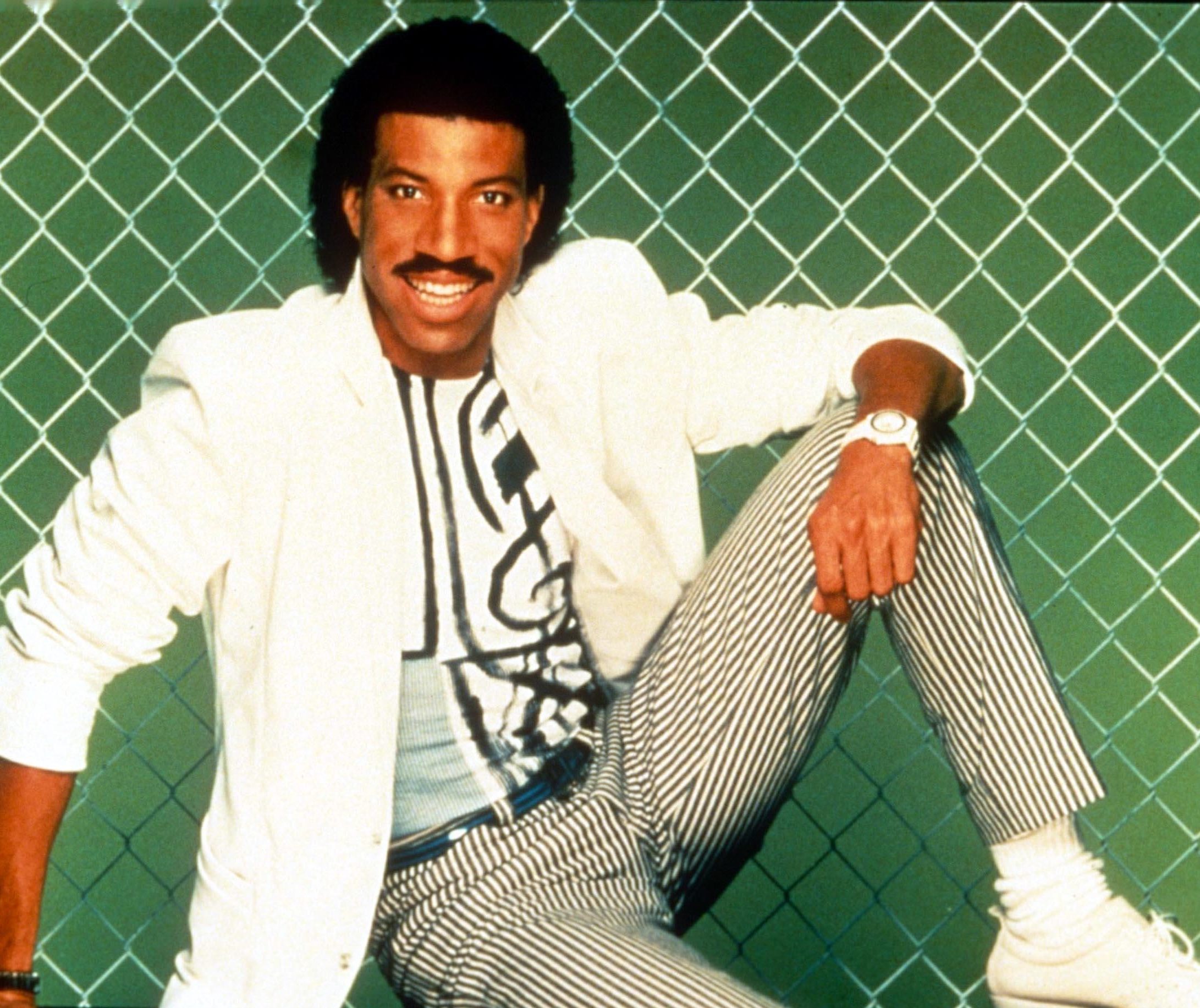 Before getting into the music business, Richie made a name for himself in high school as a tennis player. He would study for his Bachelors in Economics at the Tuskegee Institute off the back of a tennis scholarship.

However, while at Tuskegee Richie joined a student band that would become The Commodores, and his sporting prowess took a back seat.

8. His first band were much funkier than his solo work

Richie’s first band, The Commodores, formed in 1968. For those who only know Richie for his gentle solo records, this earlier music may come as a bit of a surprise, as the band specialised in much more energetic, funky music. For evidence of this, look no further than Machine Gun, the instrumental title track of their 1974 debut album.

Richie recorded nine albums with The Commodores before leaving to go solo in 1982. The band continued without him, and would record a further five albums with various different line-ups.

7. He made his acting debut in a movie with Denzel Washington and Whitney Houston 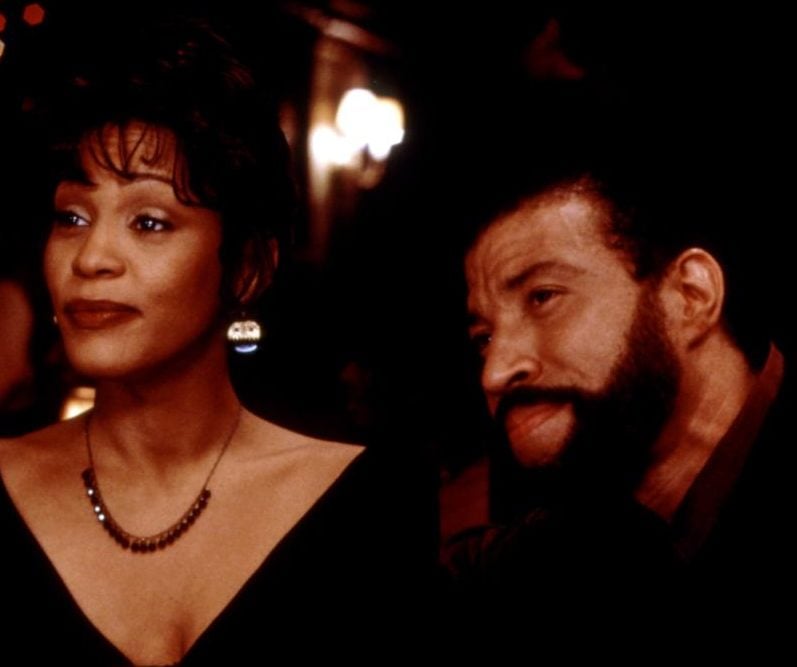 While he’s first and foremost a singer-songwriter, Richie has also tried his hand at acting. He made his film debut in 1996’s The Preacher’s Wife, starring alongside Denzel Washington and fellow singer-turned-thespian Whitney Houston. To date he hasn’t acted again, aside from once playing himself on The Simpsons.

Richie has remarked that acting alongside Oscar-winning icon Washington was “kind of intimidating. I was a deer in the headlights.”

It might not surprise you that Lionel Richie has four Grammys to his name (including 1985’s Song of the Year award for charity record We Are the World), but did you know that he’s also an Oscar-winner? Yes, Richie received the Academy Award for Best Original Song for Say You, Say Me, which was recorded especially for the 1985 drama White Knights.

Say You, Say Me also landed Richie his second Golden Globe nomination in the Best Original Song category; he had previously been nominated in that award show for the title track of 1982’s Endless Love.

5. He’s so popular in the Middle East that Dancing on the Ceiling is an Iraqi battle song 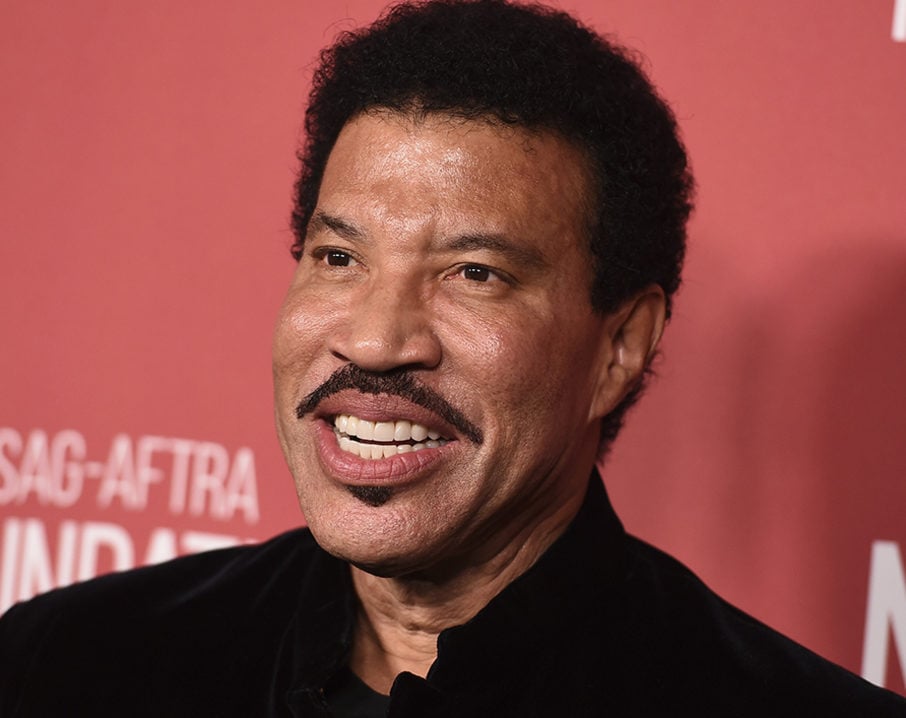 As well as being well-loved by Western audiences, Lionel Richie also enjoys enormous popularity in Arabic nations, and has performed to huge crowds in such countries as Libya, Egypt and the United Arab Emirates.

Richie said in 2012, “When the war in Iraq broke out, shopkeepers in Baghdad wanted to let the Americans know they were welcoming them in, so they played All Night Long and the Iraqi battle song was Dancing on the Ceiling. Go figure.”

4. His daughter Nicole was one of the first reality TV superstars 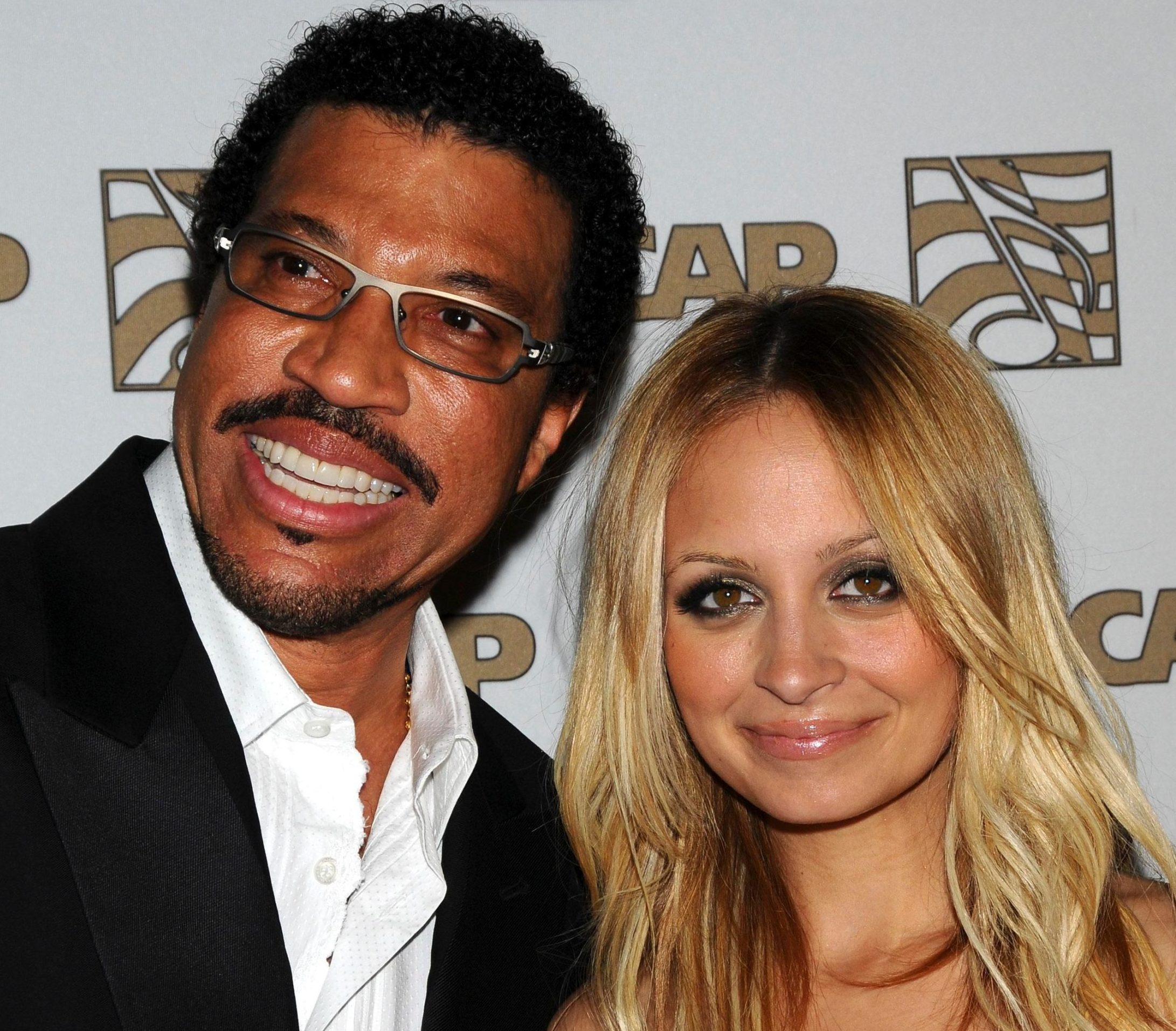 In 1984, Richie and his first wife Brenda Harvey became the legal guardians of Nicole Escovedo, who the couple officially adopted in 1990. Nicole Richie went on to become a celebrity in her own right on TV’s The Simple Life, which ran from 2003 to 2007.

One of the first major hits of the reality TV format, The Simple Life followed Richie and her lifelong friend Paris Hilton, and centred on the two spoiled rich girls trying their hand at low-paying, physically demanding jobs.

3. His ex-wife was arrested for violent behaviour after finding Richie with his mistress 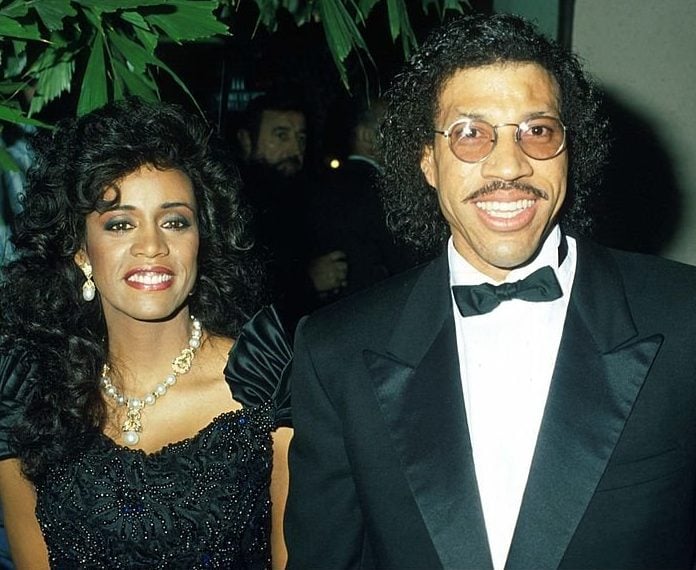 Richie may have a reputation as one of the most down-to-earth nice guys in rock’n’roll, but he’s still had his share of tumultuous moments, not least when his first wife Brenda Harvey caught him cheating. After finding Richie in a hotel room with Diane Alexander, a violent altercation ensued.

Harvey was arrested on charges of corporal injury to a spouse, resisting arrest, trespassing, vandalism, battery and disturbing the peace. She and Richie divorced soon thereafter, and Richie later wed Alexander; they too would divorce in 2004. 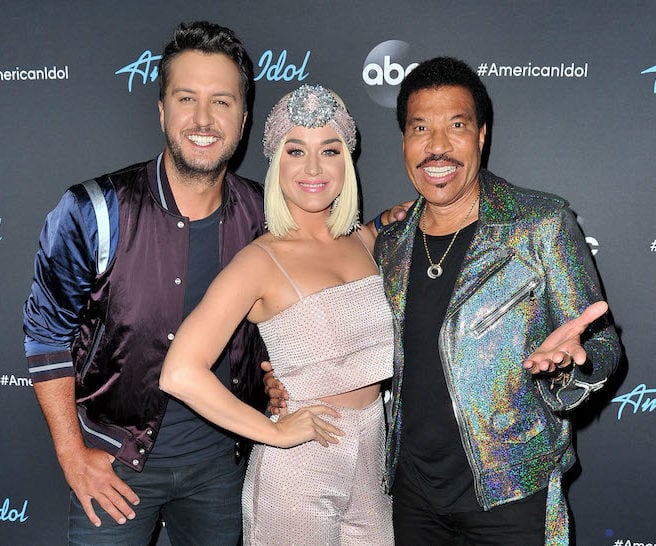 In 2017, Richie’s career got a whole new lease of life when he became one of the judges on top-rated TV talent show American Idol. He became the latest in a long line of high profile music stars to take on the role.

Richie has served as judge on American Idol for three seasons thus far, alongside Katy Perry and Luke Bryan.

1. A movie musical based around his songs is on the way

It was announced in 2020 that a movie is in the works at Disney entitled All Night Long. Named after Richie’s iconic 1982 hit single, the film is intended to be a ‘jukebox musical’ built around the superstar’s existing body of work, much as how the Mamma Mia! movies are built around the songs of ABBA.

Richie will serve as producer on All Night Long, which is being written by Peter Chiarelli, the screenwriter behind Crazy Rich Asians and The Proposal.