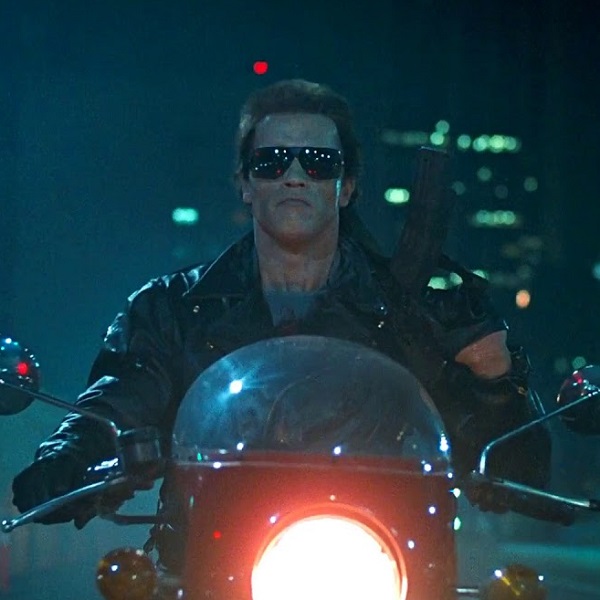 Directed by James Cameron and starring former bodybuilder Arnold Schwarzenegger as the eponymous killing machine, 1984's The Terminator is a science fiction film that proved to be a breakthrough for both its director and its star.

Kyle Reese (Michael Biehn) is sent back in time from a post-apocalyptic future where machines have overthrown humanity, his mission being to protect Sarah Connor (Linda Hamilton), whose son will grow up to lead the human resistance.

However, the machines have also sent something back in time: a terminator, a machine encased in living tissue with the sole purpose of eliminating Connor.

Made on a budget of only $6.4 million, The Terminator topped the North American box office for two weeks and accrued a worldwide haul of $78.3 million. Not only that, but the film spawned a wildly successful sequel in 1991's Terminator 2: Judgment Day as well as a further four films.

The Terminator continues to be a pop culture stalwart, most notably for Schwarzenegger's delivery of "I'll be back," a line repeated not only in further films in the franchise, but also in other Schwarzenegger projects and countless other films. The actor had previously struggled to find work in Hollywood due to his thick, Austrian accent, but a string of action and comedy roles soon arrived in droves.

Schwarzenegger would later parlay his iconic performances into a run for the governorship of California; while running, and once elected, he frequently became known as 'the Governator' in reference to his 1984 role. The character was most recently revived in 2019's Terminator: Dark Fate, which saw Schwarzenegger reunite with Linda Hamilton as Sarah Connor and James Cameron as producer.