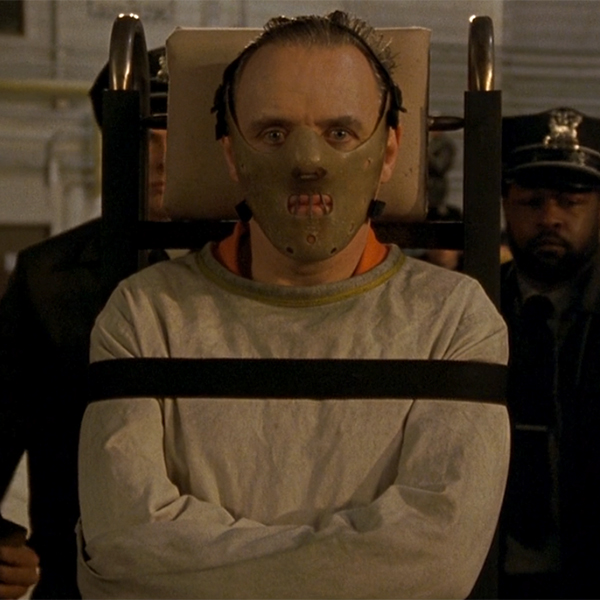 The Silence Of The Lambs

The 80s had seen no shortage of hit horror movies sporting iconic madmen like Freddy Krueger and Jason Voorhees - but it wasn't until 1991 that deranged serial killers really went mainstream thanks to The Silence of the Lambs. However, the film's critical and commercial success saw some question if it really was a horror movie at all.

Clarice Starling (Jodie Foster) is a young trainee at the FBI Academy who is unexpectedly sent to interview Dr Hannibal Lecter (Anthony Hopkins), a former psychiatrist doing life behind bars for a series of cannibalistic murders. Although Starling is kept in the dark as to the reasons behind this meeting, she quickly realises the FBI are seeking Lecter's help in hunting down a new serial killer nicknamed Buffalo Bill (Ted Levine); and as Starling develops an understanding with Lecter, she finds herself closely drawn into the investigation.

Directed by Jonathan Demme, The Silence of the Lambs was adapted by Ted Tally from the Thomas Harris novel of the same name. The book itself is a sequel to Harris's earlier novel Red Dragon, which was made into the movie Manhunter by Michael Mann in 1986, featuring Brian Cox as 'Hannibal Lecktor'; however, Demme's film cannot be classed as a Manhunter sequel, as there are no narrative or casting links between the two.

Jodie Foster had not long since won her first Best Actress Oscar for 1988’s The Accused when she took on the role of Clarice Starling. The Silence of the Lambs would see her win the award a second time, as well as picking up the Oscars for Best Picture, Best Director, Best Screenplay and Best Actor for Anthony Hopkins. This was only the third time that a film has won in all the major categories at the Oscars; Hopkins’ win caused a particular sensation, as the actor only has 16 minutes of screentime.

The Silence of the Lambs made $272 million at the box office, kick-starting a ‘psychological thriller’ boom, and launching a big screen franchise: sequel Hannibal came in 2001, followed by prequels Red Dragon (2002) and Hannibal Rising (2007), before the property was rebooted as the TV series Hannibal in 2013.

10 Things You Might Not Have Realised About Anthony Hopkins

14 Things You May Not Have Realised About Jodie Foster

12 Chilling Facts About The Silence Of The Lambs