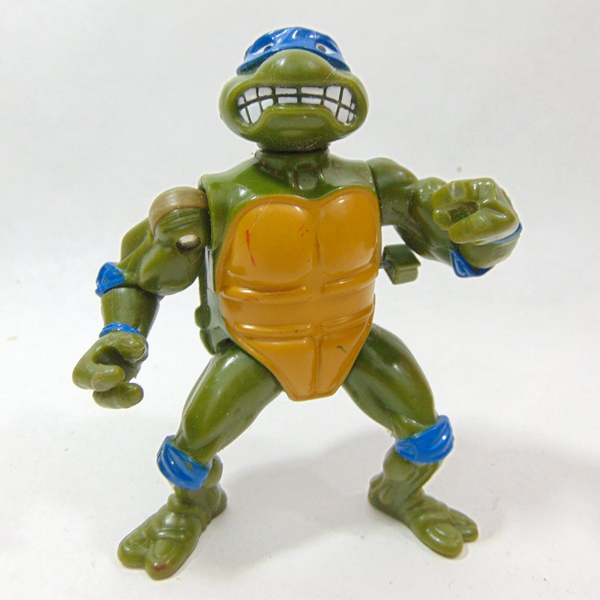 Before the Teenage Mutant Ninja Turtles (TMNT) shocked the summer blockbuster scene with a spate of live-action feature films, and before they received a Michael Bay reboot in 2014, the Heroes in a half-shell were a cartoon, comic book and merchandising staple.

In 1986, the creators of TMNT noticed that comic book sales were up, and sought out other ways to make money from their soon-to-be-iconic characters. However, when a licensing agent attempted to sell the rights to the Turtles to various toy stores, only one company expressed interest: Playmates.

Playmates were reluctant to take the financial risk of creating and distributing a toy line based on a cult comic property, even if it showed promise, and insisted that a cartoon be put into production first. The cartoon debuted in December 1987 and quickly gained an adoring fanbase, and so the first TMNT action figures were produced in 1988.

The initial run of Teenage Mutant Ninja Turtles action figures included both action figures and vehicles - in addition to the main characters, series goons Rocksteady and Bebop were included alongside the Turtle Blimp and the Foot's Knucklehead robot. These action figures hewed more closely to the comics on which the burgeoning franchise had originally been based, rather than the more child-friendly characters of the cartoon.

In 1989, a second series of Ninja Turtles action figures were produced with more vehicles, enemies, and toy variants that included wind-up functionality.

Amid waning popularity, the initial run of action figures was cancelled in 1996, though it was mildly revived in 1998 and fully rebooted in 2003 alongside a rebooted TV show.