We all grew up with toys that we loved, and there were some weird and wonderful toy lines in the 80s, some more successful than others. Some of them had big-budget TV shows and cartoons to go with them, and some disappeared without a trace, whilst others stuck around for years after. Let’s take a look at some of the best…. 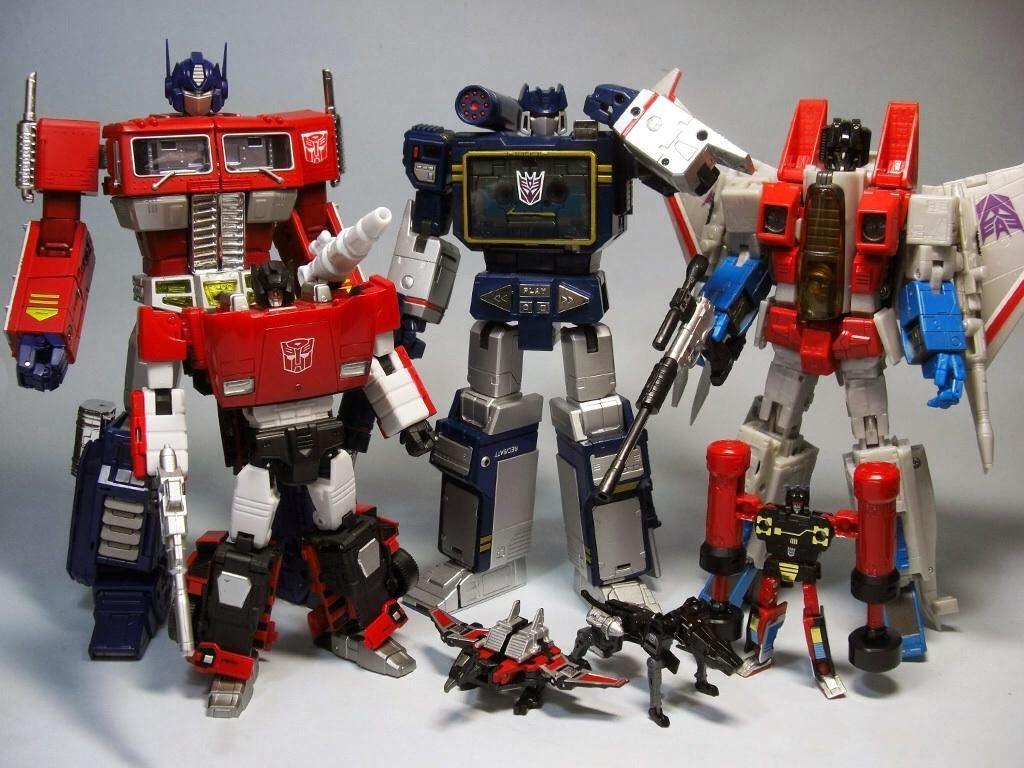 One of the most successful toy lines of the era, and one that kids everywhere loved, with Optimus Prime, Megatron and all of the other Autobots and Decpticons, epic battles were to be had!

A poor-man’s Transformers essentially, though they still had their charm and even had a feature length film made where they battled against the Rock Lords! 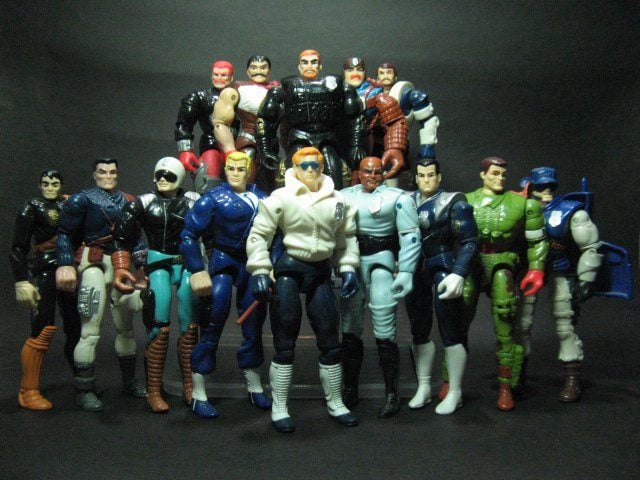 Basically big and accentuated characters that were meant to represent American Cops, they were usually far more muscly than they should have been, even when they were undercover they had the same physique regardless. 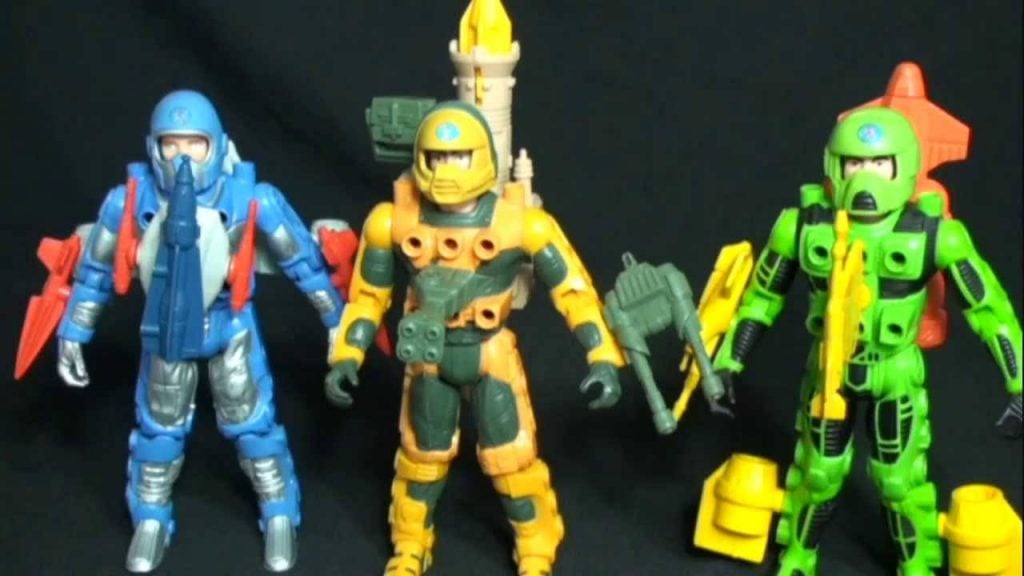 These defenders could have added weapons and gadgets clipped on to their super suits to help them fly, go underwater and all sorts, they were great fun at the time then disappeared like they’d never been there! 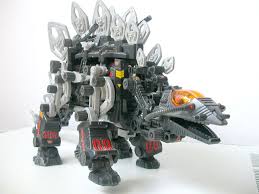 Little mechanised toys that represented giant lizards and dinosaurs a lot of the time and then moved by themselves. Usually off the shelf and to the floor where they would smash in to a hundred pieces! 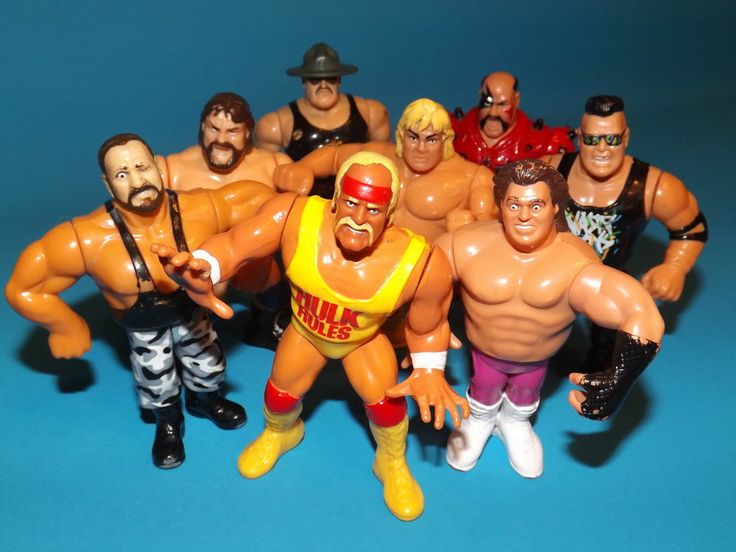 The WWF (now WWE) was a huge thing in the 80s and 90s, and as such all of the big wrestlers of the day – Hulk Hogan, Macho Man Randy Savage and the rest, and you could get the ring and loads of accessories, too! 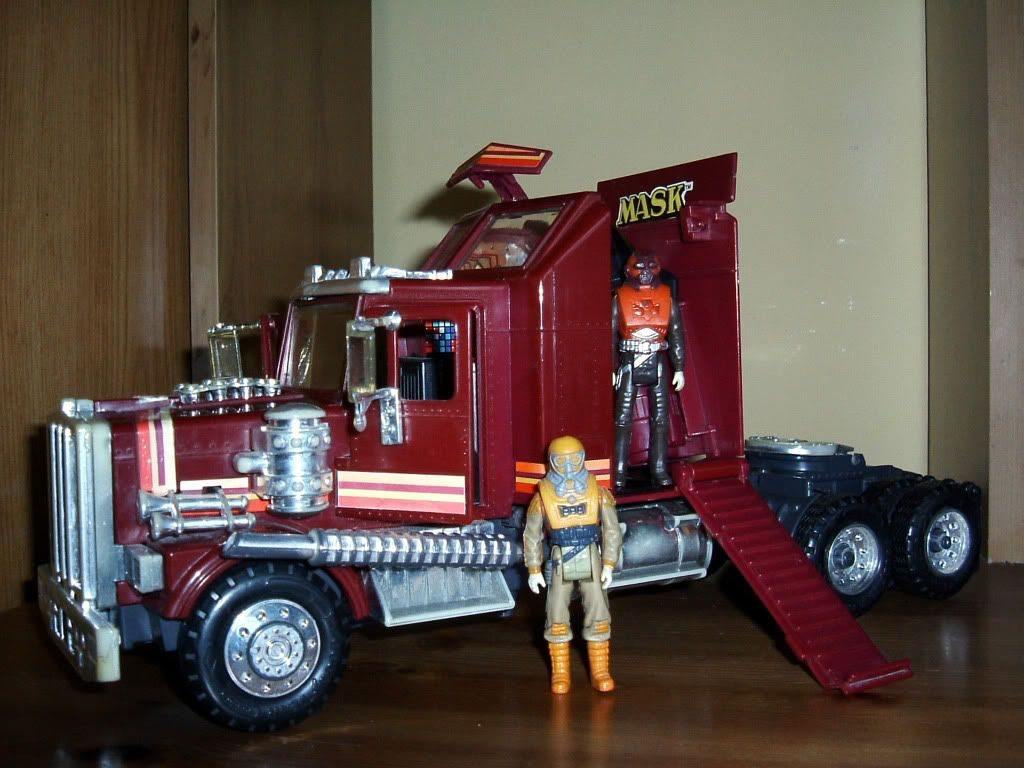 One of the great shows of the time, as the cars and vehicles of the characters would transform so they could fly, shoot missiles, and be generally very cool! 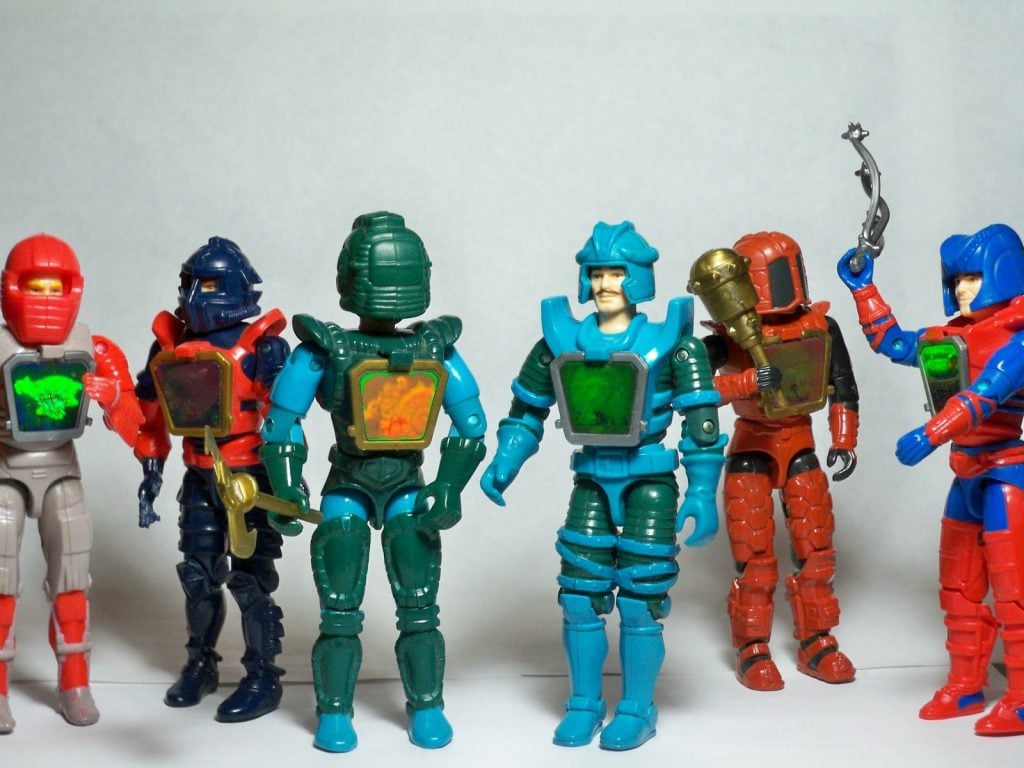 These guys were cool, as they had suits of armour like knights, but then had hologramatic chest pieces that would give that character extra powers and strengths! 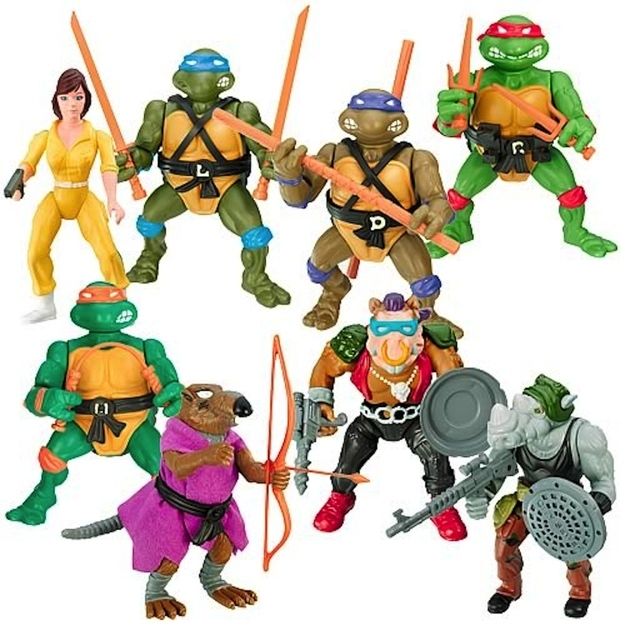 Heroes in a half shell and the toy range released for these was extremely cool with the different characters having different abilities and movable parts. Whether they were ninjas or heroes, they were awesome! 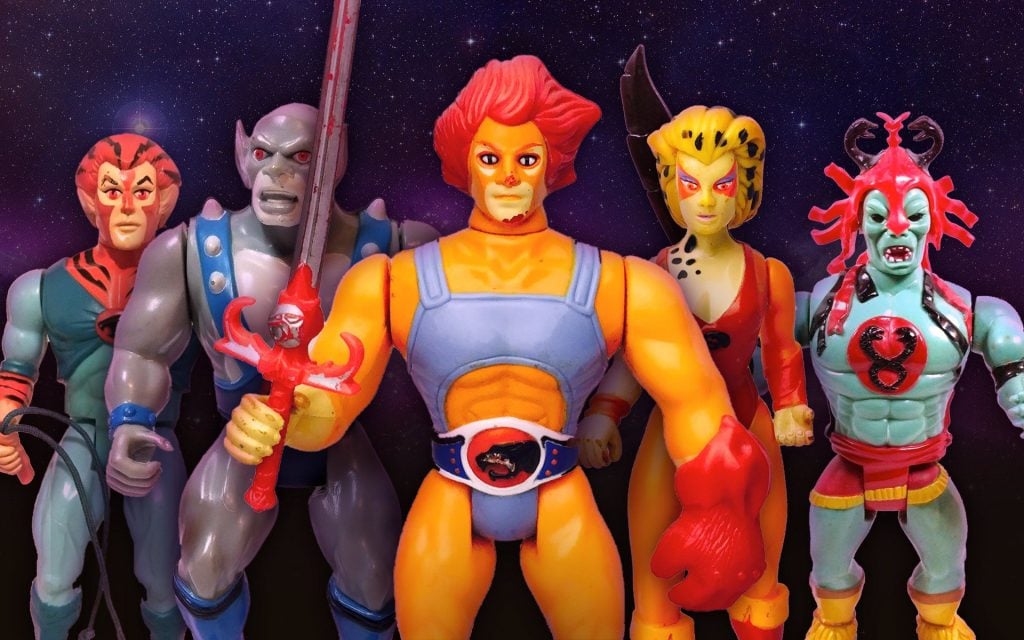 One of the top animated shows of the time and they managed to release a perfect range of toys to go along with them – everyone wanted to get the Thundertank toy to go with them, too!

11. He-Man and the Masters of the Universe 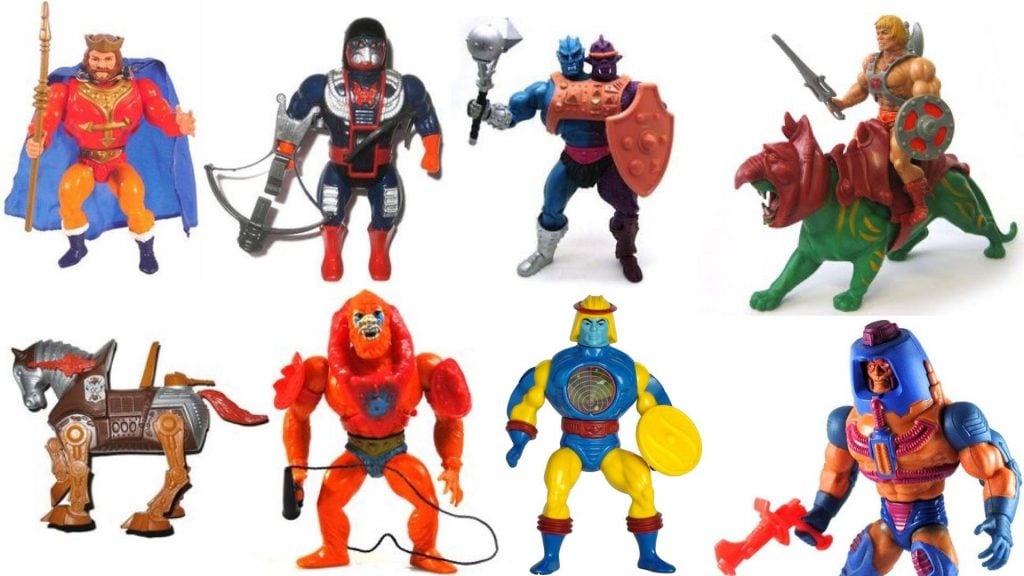 This was the one that I collected in my childhood and had nearly all of the characters available at the time. The characters created were very imaginative and were just great fun for having massive battles!

The ultimate in collectible figures from the time and some of these are worth a fortune now – anyone got a spare Yak Face lying around? Cashing in on some of the biggest and most popular films of all time, these sold by the truck load and included all the main characters, along with those who only appeared briefly in the background! 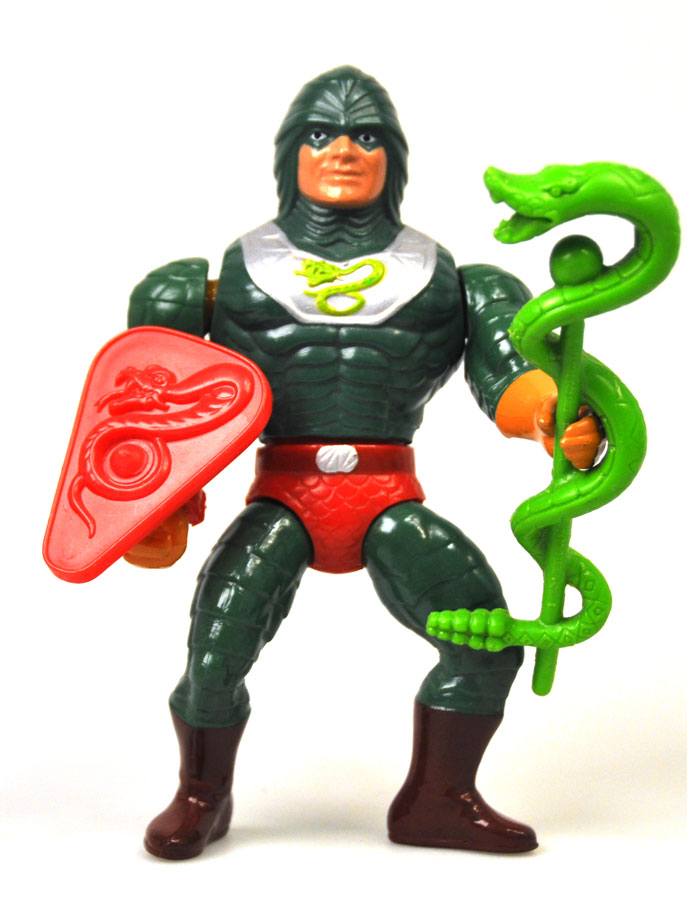 Which was your favourite set of toys and action figures to collect as a child? Do you still have any of them lying around? If so are you prepared to sell them or are they yours to keep?

Let us know all of your thoughts and memories in the comments as always!