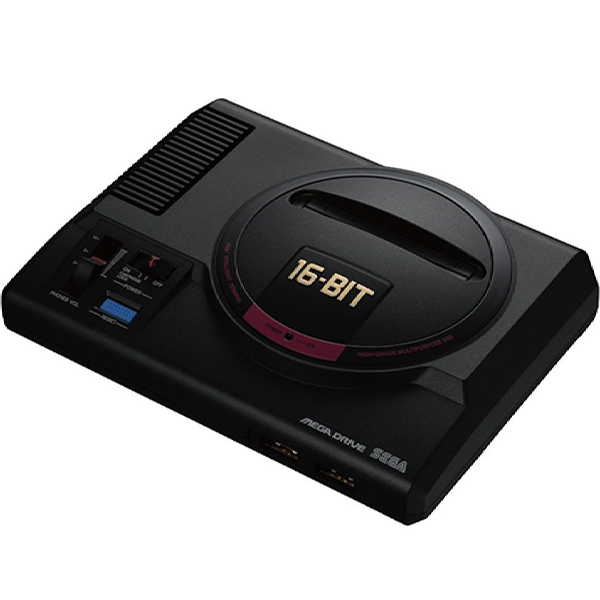 Where its main competitor, the Super Famicom (known as the Super Nintendo Entertainment System outside Japan), was targeted at children, the aesthetics and game library of the Sega Mega Drive was deliberately aimed at adolescents and older demographics. This was summarised by its famous North American slogan: "Genesis does what Nintendon't."

Despite the console being overshadowed in Japan by the release of Nintendo's Super Mario Bros 3, the Mega Drive reached the North American market first, leading to what commentators soon dubbed the 'Console Wars,' a tense competition between Sega and Nintendo for market share supremacy.

This was entrenched by the 1991 release of Sonic the Hedgehog and Sega's adoption of the Blue Blur as its company mascot, though the Mega Drive had already garnered acclaim for its multitude of high-quality arcade ports.

However, Sega courted controversy after a full-throated recreation of 1992's Mortal Kombat on its system - bloody and uncensored, unlike Nintendo's more reserved version. This led to hearings concerning video game violence that were conducted in the US Senate and the creation of the Entertainment Software Ratings Board (ESRB) in 1994. Sega itself had created the Videogame Rating Council, an in-house predecessor to the ESRB, in 1993.

While Sega began work on a 32-bit console (which later became the infamously unsuccessful Sega Saturn), various performance-improving peripherals were released for the Mega Drive. The most successful of these was the Sega CD, which allowed more technologically advanced games to be played on the ageing hardware.

In fact, the Mega Drive was so enduringly popular that even executives at Sega underestimated its appeal. Sega president Hayao Nakayama predominantly invested the company's resources in the development of the Sega Saturn, at the expense of producing further Mega Drive units and expanding its library of games. This rush to a 32-bit console, despite even Nintendo slowing its development of 1996's Nintendo 64, became a miscalculation that doomed not only the Sega Saturn, but Sega's presence in the video game console market.

12 Of The Best Disney Video Games We Loved To Play When We Were Growing Up!

Sega Announce The Final 10 Games For The Mega Drive Mini – And There’s A Bonus!!

14 Video Games You Won’t Believe Are A Quarter Of A Century Old!!