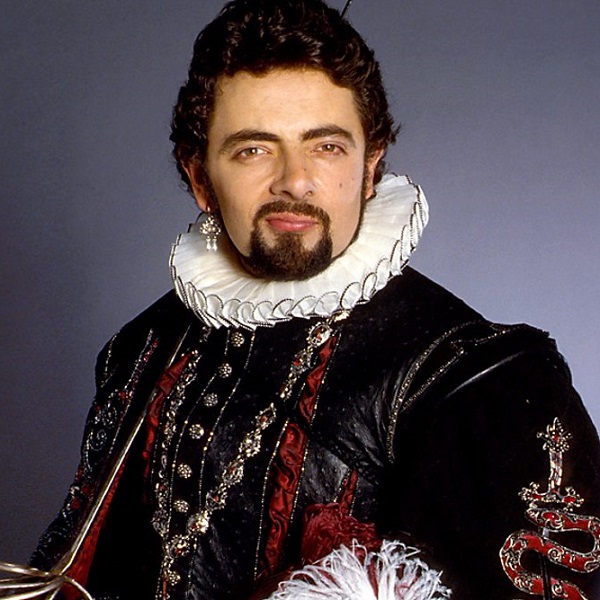 Blackadder holds a unique place in sitcom history. While it features the same central actors, each new instalment takes place in a different time period, following the history of a most despicable British family.

Launched in 1983 as The Black Adder, the first season was set in the Middle Ages and cast Rowan Atkinson as the simpering son of King Richard IV (Brian Blessed), and Tony Robinson as his shrewd servant Baldrick. The show wasn’t a huge success, and when a second series came along significant changes were made.

Whilst Atkinson had co-written The Black Adder with Richard Curtis, 1986’s Blackadder II saw Atkinson leave the writing to Curtis and Ben Elton, who radically reworked the characters. Blackadder became a duplicitous schemer with a barbed tongue, eager to increase his standing in the court of Queen Elizabeth (Miranda Richardson), whilst Baldrick became an unhygienic idiot.

This mix of alternative history and venomous wit made Blackadder II a smash. The series continued down this path with 1987’s Blackadder the Third, casting the anti-hero as the butler of Prince George (Hugh Laurie). Two one-off specials were made in 1988 (Blackadder: the Cavalier Years and Blackadder’s Christmas Carol), before they ended with the most celebrated series: 1989’s Blackadder Goes Forth, which moved the action to the trenches of World War 1.

Later, the cast and crew reunited for a final 1999 episode, Blackadder: Back and Forth, specially commissioned for screening at London’s newly-opened Millennium Dome (now the O2 Arena).

10 Fascinating Facts You May Not Have Known About Rowan Atkinson