Rowan Atkinson may be best known around the world for portraying Mr Bean, but for many of us his greatest role will always be Edmund Blackadder, the conniving, barbed-tongue leading man of the unique sitcom Blackadder. Running for four seasons, Blackadder stands apart from other sitcoms in that each series was set in a different historical time period – and in 1989’s Blackadder Goes Forth, the action was moved to the trenches of the First World War. This final season of Blackadder is considered one of the best British comedy series of all time, but did you know the following facts about it?

10. Tim McInnery only agreed to appear as an all-new character, unrelated to his previous role Percy 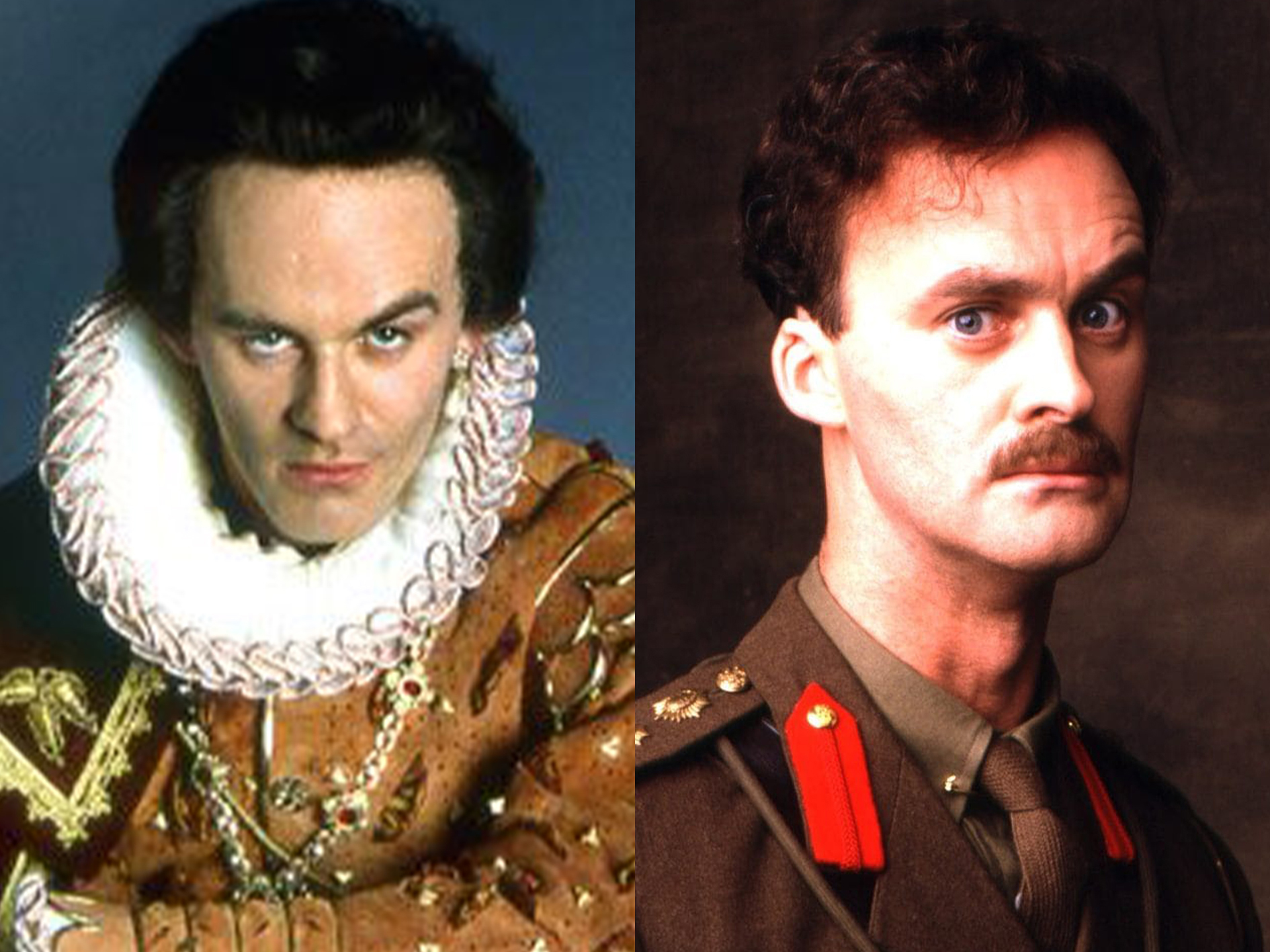 While the character names of Rowan Atkinson’s Blackadder, Tony Robinson’s Baldrick, Hugh Laurie’s George and Stephen Fry‘s Melchett are all rooted in earlier seasons of Blackadder, Tim McInnery does not play a character related to his Blackadder II role of Percy.

This was at the actor’s own request, as unlike his co-stars McInnery was pursuing a career as a more dramatic actor rather than a comedian, and was concerned that playing the bumbling Percy would lead to him being typecast in dimwit roles.

9. Captain Darling was named after a schoolmate of Stephen Fry 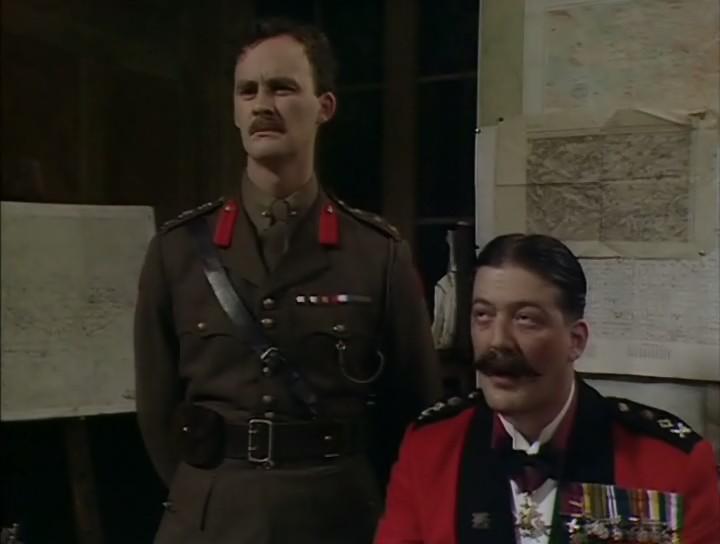 Blackadder writers Richard Curtis and Ben Elton acquiesced to Tim McInnery’s request to play a role unrelated to Percy, and came up with a new, shrewder character who they initially named Captain Cartwright. However, a suggestion from Stephen Fry prompted a rethink.

Fry mentioned having an old schoolmate with the surname Darling, for whom the name was a constant source of humiliation. It was agreed that giving McInnery’s character this name would add humour to his scenes.

8. The cast had input into the script, which caused tension behind the scenes 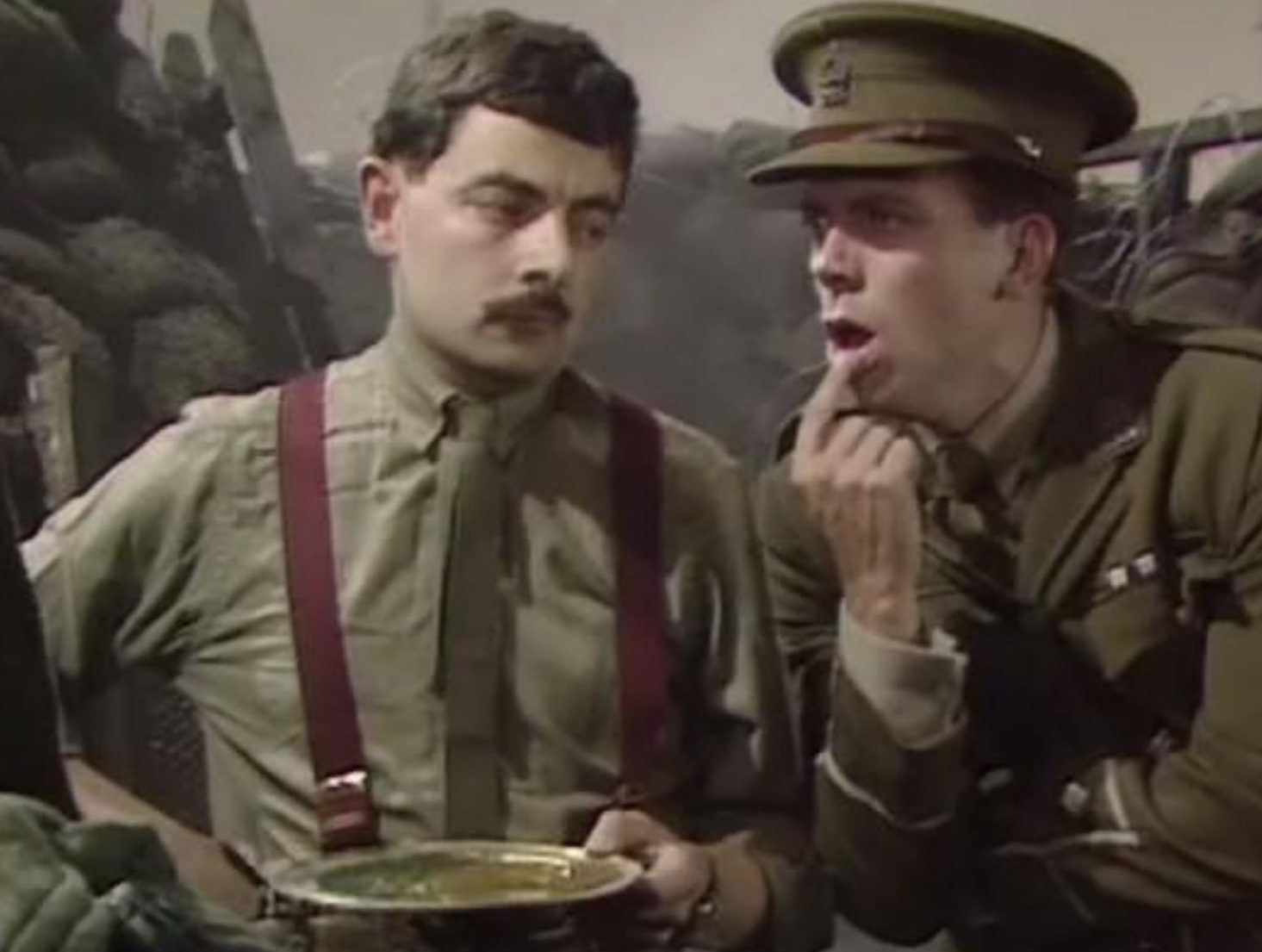 Captain Darling’s name wasn’t the only suggestion from an actor which made its way into Blackadder Goes Forth. All the actors were given a degree of creative input into the scripts, with Atkinson and Laurie in particular making a great many contributions which saw the scripts heavily reworked during rehearsals.

Unfortunately, this process was often a tense one, with the actors and writers coming into conflict at times. This put a strain on the working relationships within the creative team, which is in part why Blackadder Goes Forth wound up being the end of the series.

7. Some of the dialogue was amended on set due to Rowan Atkinson’s stammer 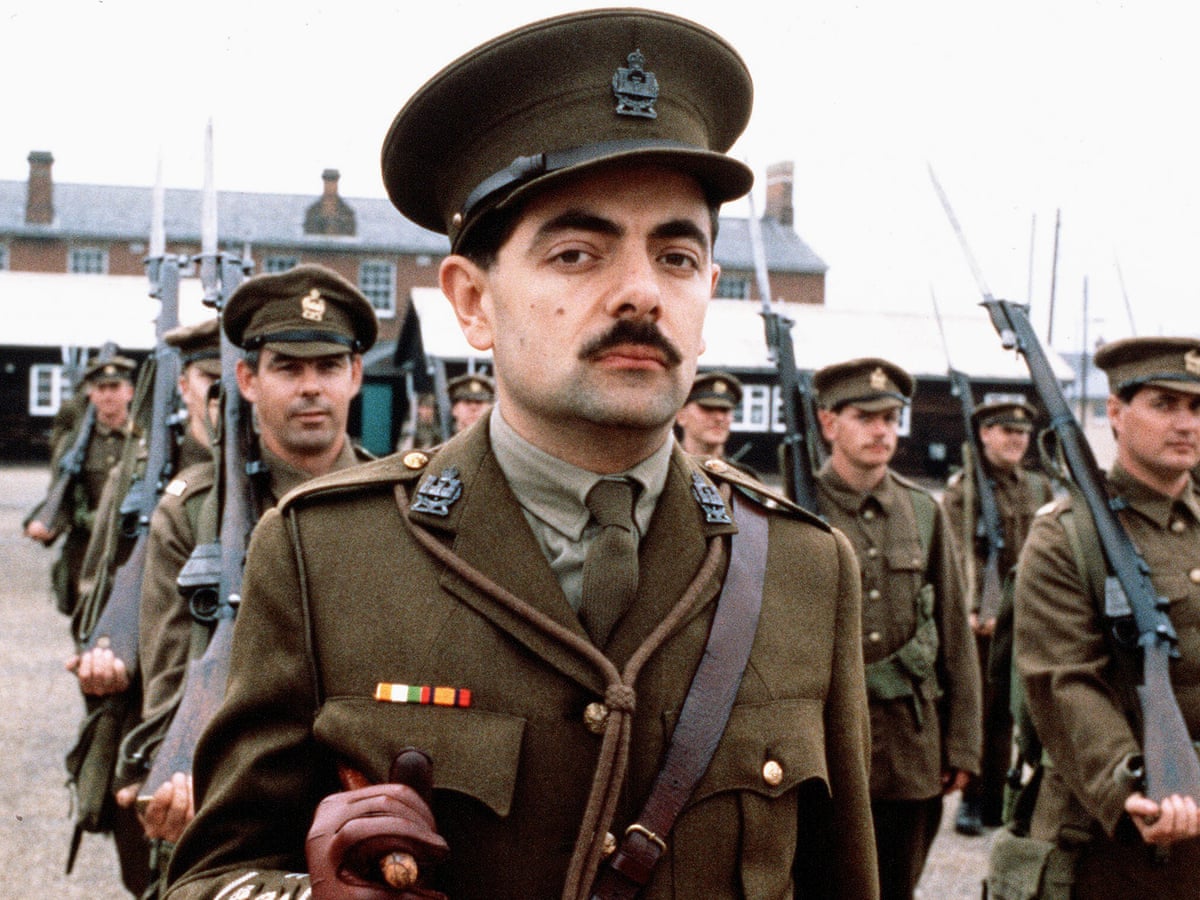 Given that Atkinson is famed for playing the verbose Edmund Blackadder, it may come as a surprise that in real life the renowned comedy actor suffers from a stammer. At times, this became an issue during production on Blackadder Goes Forth, with Atkinson struggling to get some lines out.

In one particular episode when characters keep saying “woof woof,” Blackadder was meant to say, “it’s like Battersea Dog’s Home in here.” However, as Atkinson had difficulty with words beginning in B, the line was changed to “it’s like Crufts in here.” 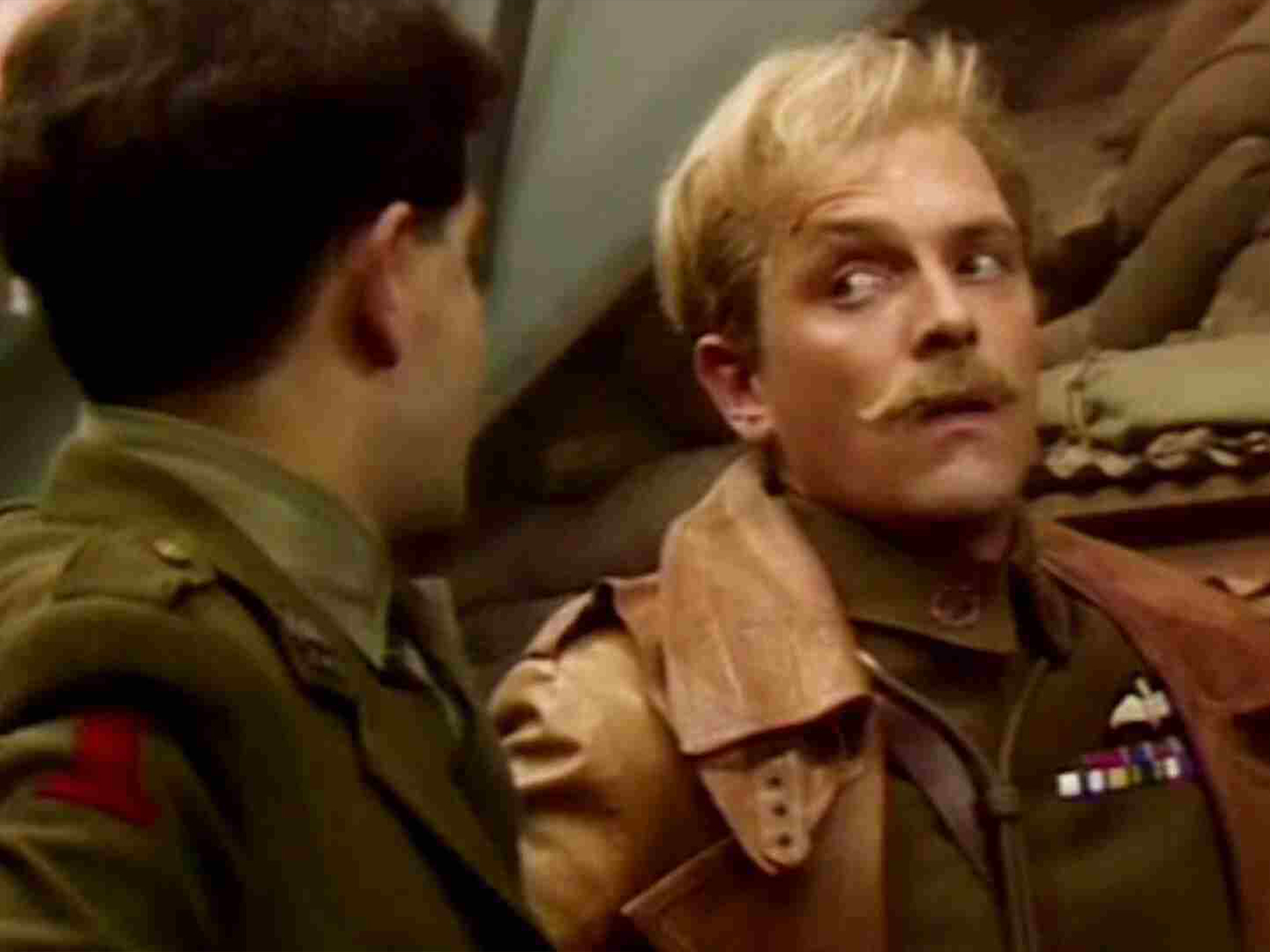 One of the most memorable episodes of the series (in which the late Rik Mayall reprises his role as Lord Flashheart) sees Blackadder and company sign up to join the Royal Flying Corps, and features a number of aerial dogfight sequences.

Unsurprisingly, the producers weren’t given the budget to shoot such footage. Instead, they recycled footage from 1976 World War 1 movie Aces High, with dialogue overdubbed by the Blackadder ensemble. 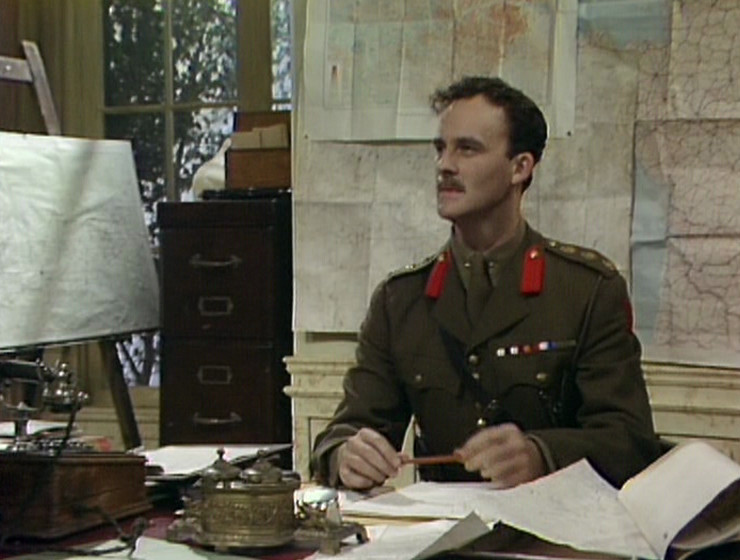 As part of his character as Captain Darling, Tim McInnery has a nervous tic whenever he is referred to by name, indicating the psychological effect his lifelong embarrassment has caused. Unfortunately for McInnery, he performed this tic so often during rehearsals and shooting, he soon find himself doing it involuntarily.

For a time the actor feared he would never be able to get rid of the tic, but ultimately he was able to lose it around two months after production ended.

4. The original ending saw Blackadder fake his death and escape 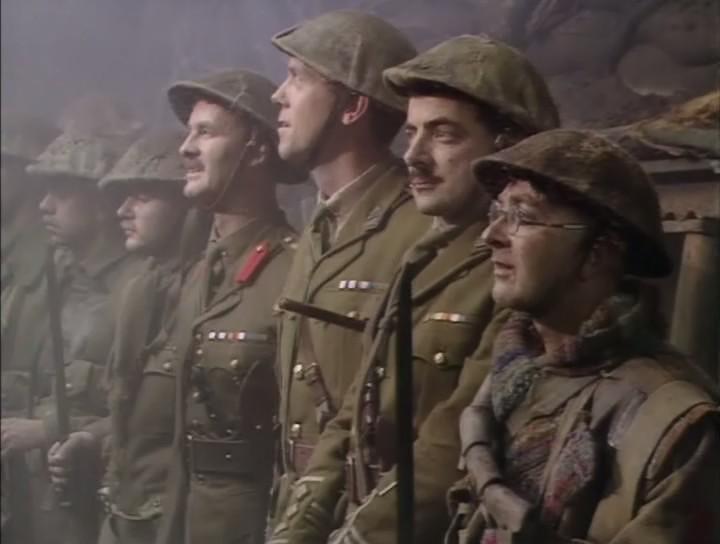 While Blackadder Goes Forth mostly continues in the same outlandish vein as the first three seasons, series finale ‘Goodbyeee’ moves into uncharacteristically dramatic territory for the series, presenting a more realistic and emotional take on soldiers facing their imminent death.

This wasn’t always the plan, however. As originally scripted and shot, Blackadder just pretended to be shot dead alongside his fellow soldiers, then got up and sneaked away. However, this was cut from the broadcast episode.

3. The climactic ‘big push’ shot was a disaster, until it was changed to slow motion 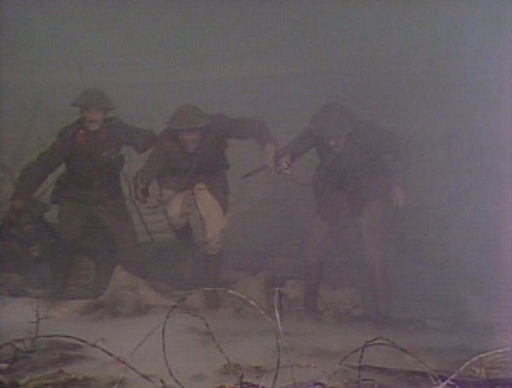 The final shot of Blackadder Goes Forth is a very poignant moment, but it wasn’t always this way. As originally shot, the men charged towards the camera then slowly sank to their knees after the machine gun noise was heard. Everyone agreed that the footage was unconvincing and somewhat embarrassing.

This all changed when the footage was played in slow motion against a sombre piano rendition of the Blackadder theme tune, cross-fading to a shot of a poppy field. This is now widely regarded one of the most memorable and powerful endings in TV history.

2. Initial reviews were mixed, but the series has since been re-evaluated as a classic 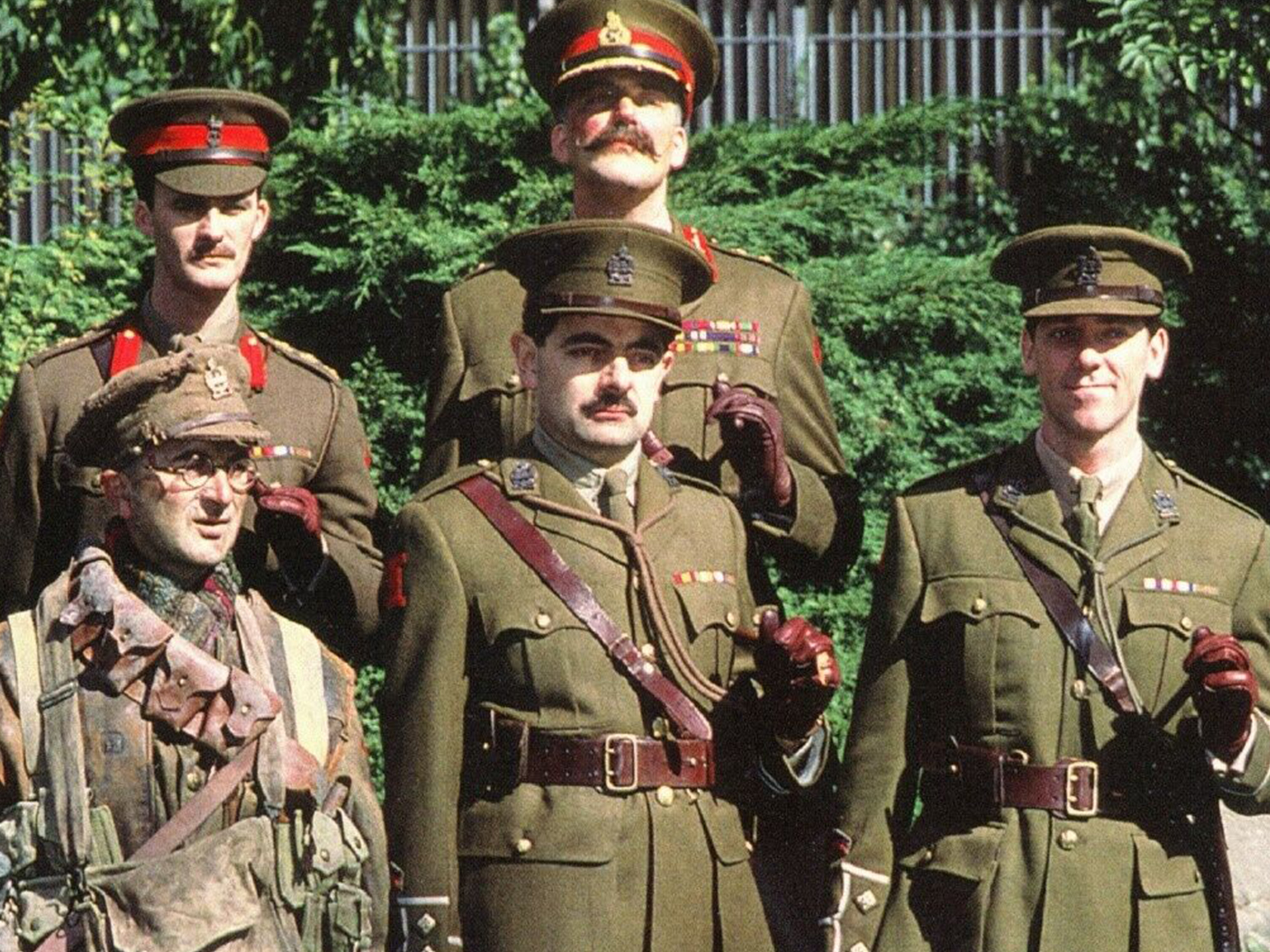 When Blackadder Goes Forth was first aired in 1989, it was not unanimously praised. Many critics and war historians considered the First World War an inappropriate setting for a sitcom, and felt that Blackadder’s cartoonish tone was at odds with the subject matter.

Over the years, however, Blackadder Goes Forth has been widely re-assessed. It is now generally considered one of the best British TV comedies ever made, and its final episode in particular is often mentioned among the most powerful dramatic recreations of the First World War.

1. A possible fifth Blackadder series or spin-off movie has been discussed 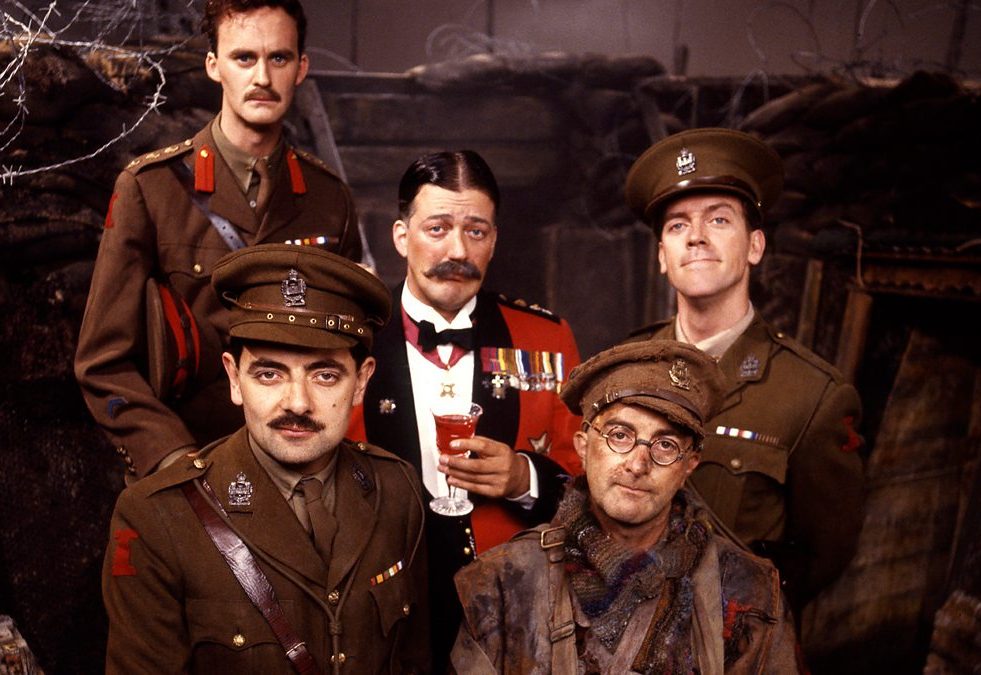 Aside from 1999’s one-off short film Blackadder: Back and Forth, the Blackadder series came to an end with the fourth series. This was both due to tensions behind the scenes, and a general sense that it would be best to leave it on a high note after the success of Blackadder Goes Forth. Even so, possible continuations of Blackadder have been discussed.

A possible follow-up series entitled The Blackadder Five could have followed Blackadder and co as a struggling British Beat rock’n’roll band in the 1960s. There was also talk of a movie entitled The Red Adder, which would have been set during the Russian Revolution.