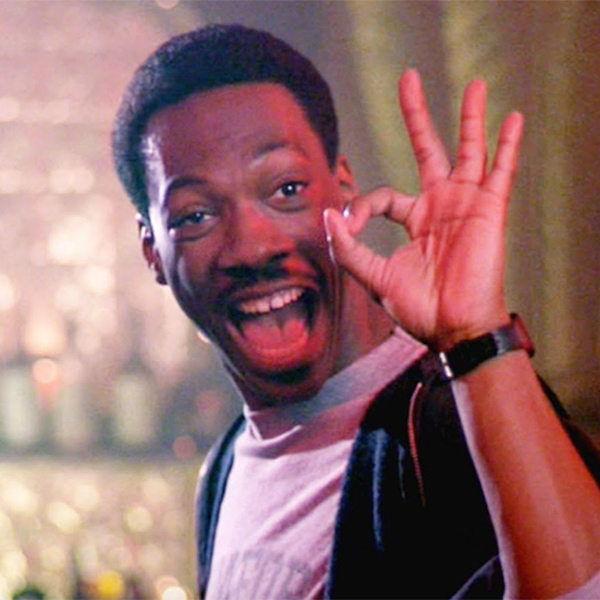 Eddie Murphy was a 23-year-old stand-up comedian with two hit films to his name (48 Hrs. and Trading Places) when he landed his first leading role in what proved to be the biggest blockbuster of 1984: action comedy Beverly Hills Cop.

Murphy is Axel Foley, a fast-talking Detroit cop whose childhood friend is murdered. Anxious to bring the killers to justice, Foley follows the trail to the prosperous Beverly Hills, and corrupt businessman Victor Maitland (Steven Berkoff). Way outside his jurisdiction, Foley finds himself being followed by detectives Taggart (John Ashton) and Rosewood (Judge Reinhold); initially assigned to stop Foley, the bumbling local cops wind up assisting in his investigation, alongside the noble Lieutenant Bogomil (Ronny Cox).

The brainchild of 80s super-producers Don Simpson and Jerry Bruckheimer (whose other hits included Flashdance and Top Gun), Beverly Hills Cop was initially offered to Mickey Rourke, then came close to getting made with Sylvester Stallone; but the producers rejected his expensive, ultra-violent script ideas (which Stallone ultimately took to 1986’s Cobra). Murphy was cast very late in the day, prompting hasty script rewrites: the comedian ad-libbed much of his dialogue as a result.