Films That Were Censored For Entirely Unexpected Reasons

It isn’t just graphic sex and violence that gets filmmakers in hot water with the censors. Now and then, films are cut or even banned outright for reasons that few among us would ever have anticipated, often owing to different standards for what is or is not acceptable viewing material in different parts of the world. Consider the following movies. 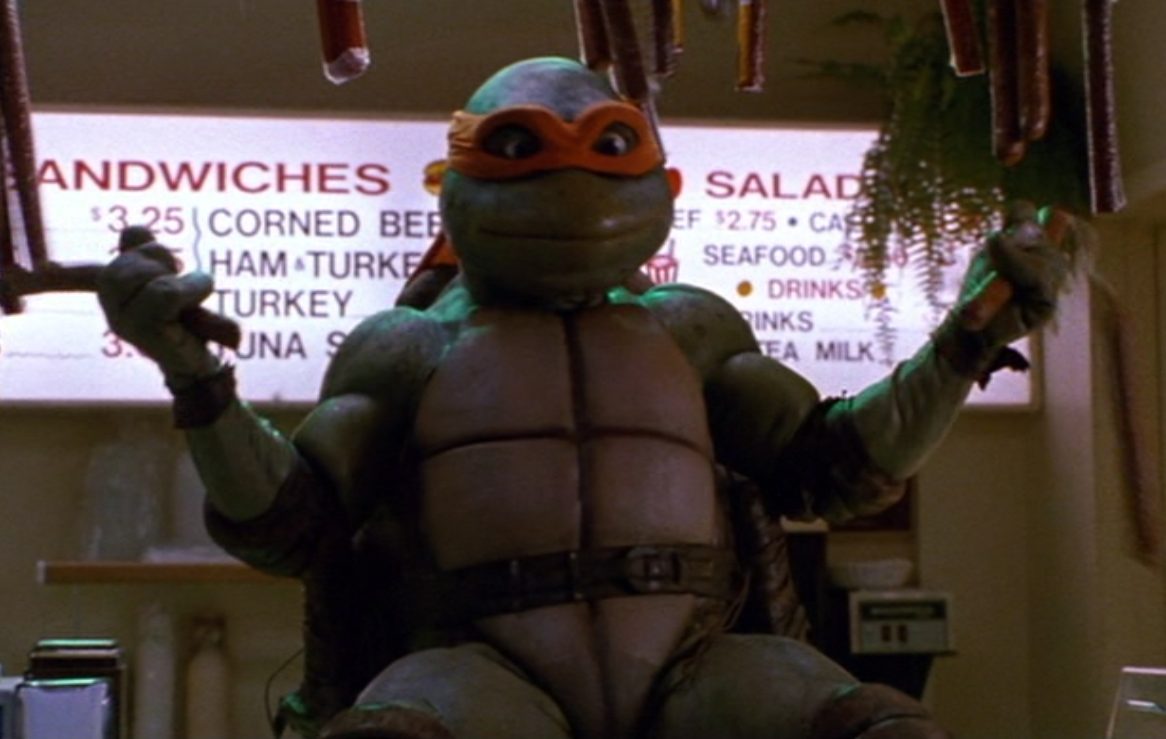 The original live-action Teenage Mutant Ninja Turtles movie was a big hit in 1990, but was also controversial due to its violence, which saw it being censored in some countries. The 1991 sequel was considerably less violent, but still ran afoul of the British Board of Film Classification for a rather bizarre reason.

There is a moment in Teenage Mutant Ninja Turtles II: The Secret of the Ooze in which Michelangelo playfully swings around a string of sausages as though they were nunchucks. At the time, the BBFC forbade any screen depiction of nunchucks for fear that viewers would imitate them, so this moment was cut from the film’s UK cinema release – despite the fact they were sausages, and not actual ninja weapons. (This rule has since been lifted, and the scene is restored on DVD.)

9. ET the Extra-Terrestrial was given a restrictive rating in Sweden to keep young children away 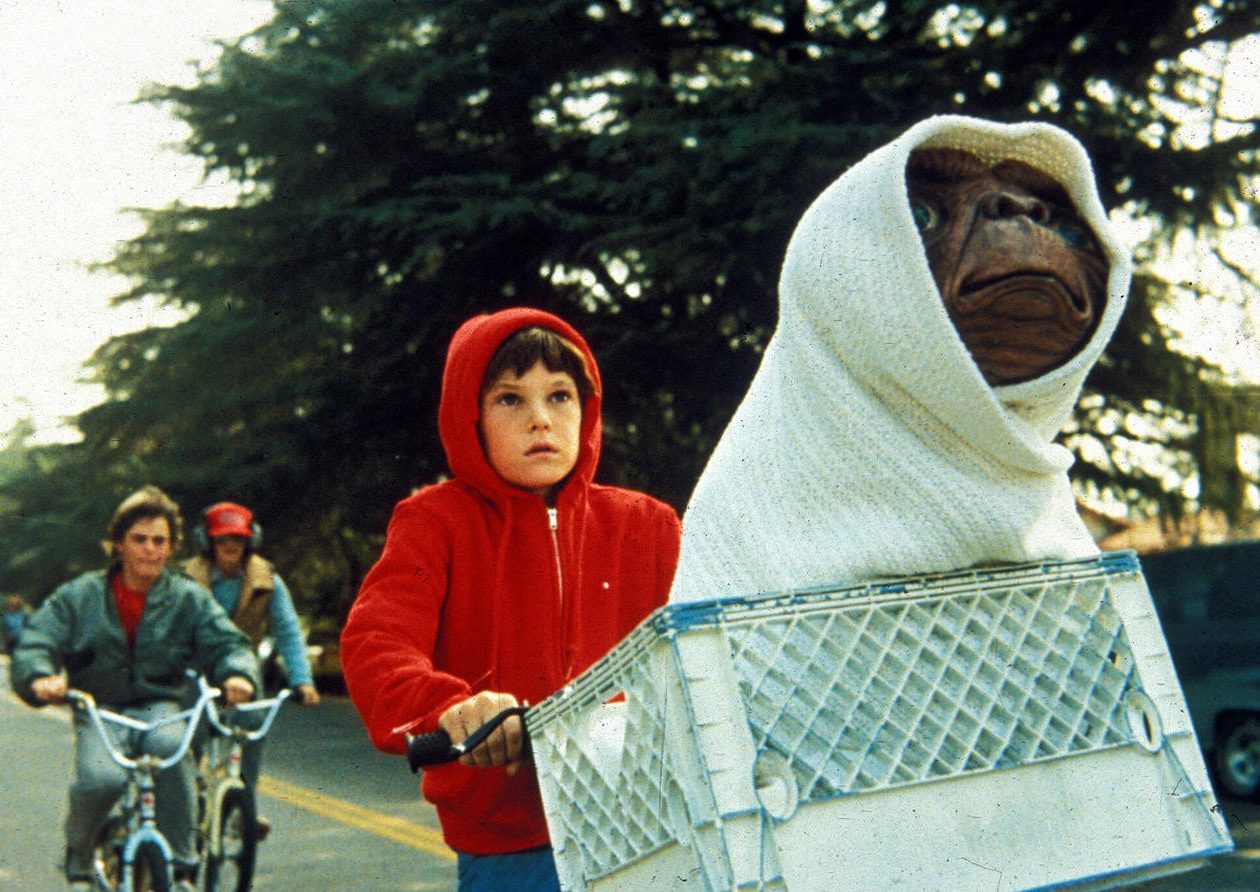 Steven Spielberg’s heart-warming sci-fi fantasy ET the Extra-Terrestrial became the biggest box office hit of all time on release in 1982. Audiences all over the world embraced the film as an instant classic for viewers of all ages – but in Sweden, the ratings board had a rather different view of the film.

The Nordic nation, known for its generally permissive attitudes, felt that ET would be too disturbing for younger viewers, particularly as it portrays adults as menacing. For this reason, only those aged 11 or over were granted entry to the film.

8. Goldfinger was banned in Israel because one of the actors was a former Nazi 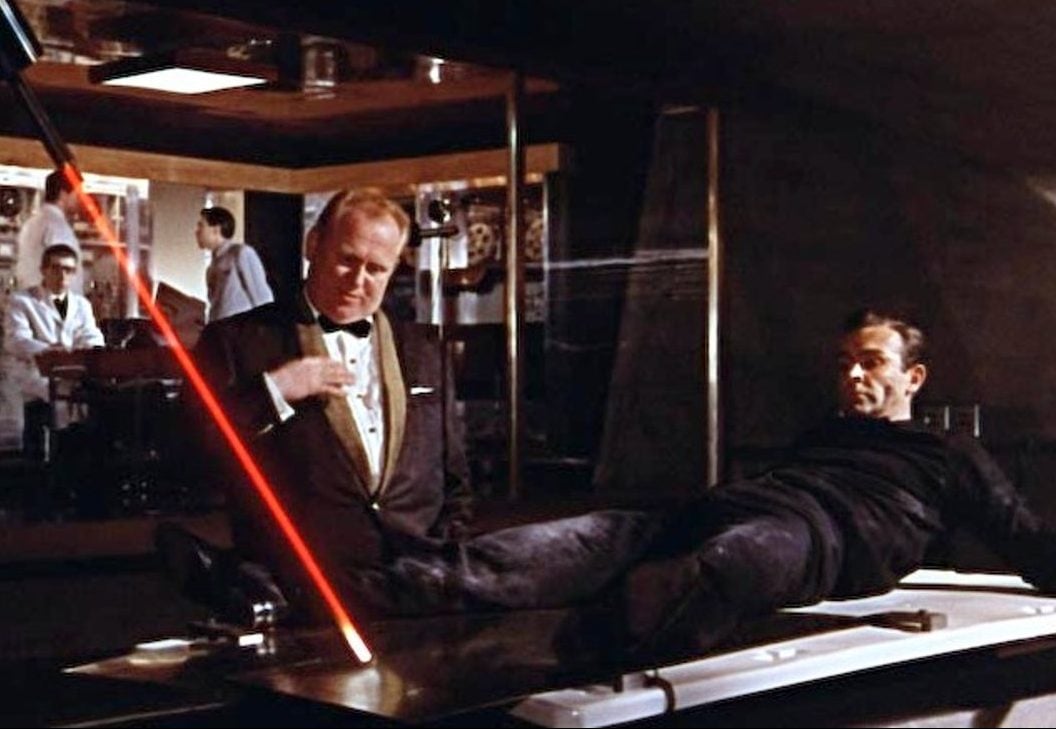 As massively popular as the James Bond movies have always been, the series has always ruffled feathers, mainly because of the cruelty, sexism and racism of the debonair British secret agent. However, when third Bond movie Goldfinger was banned in Israel, it had nothing to do with Bond himself, but rather the actor who portrayed the villain.

The title role in Goldfinger was taken by German actor Gert Fröbe, and when the film was released it became known that Fröbe had been a member of the Nazi party. For this reason, all films starring the actor were banned in Israel, until it came to light that in the late days of the Second World War he had helped save the lives of a number of Jewish people.

7. Wonder Woman was banned in Lebanon because of Gal Gadot’s military history 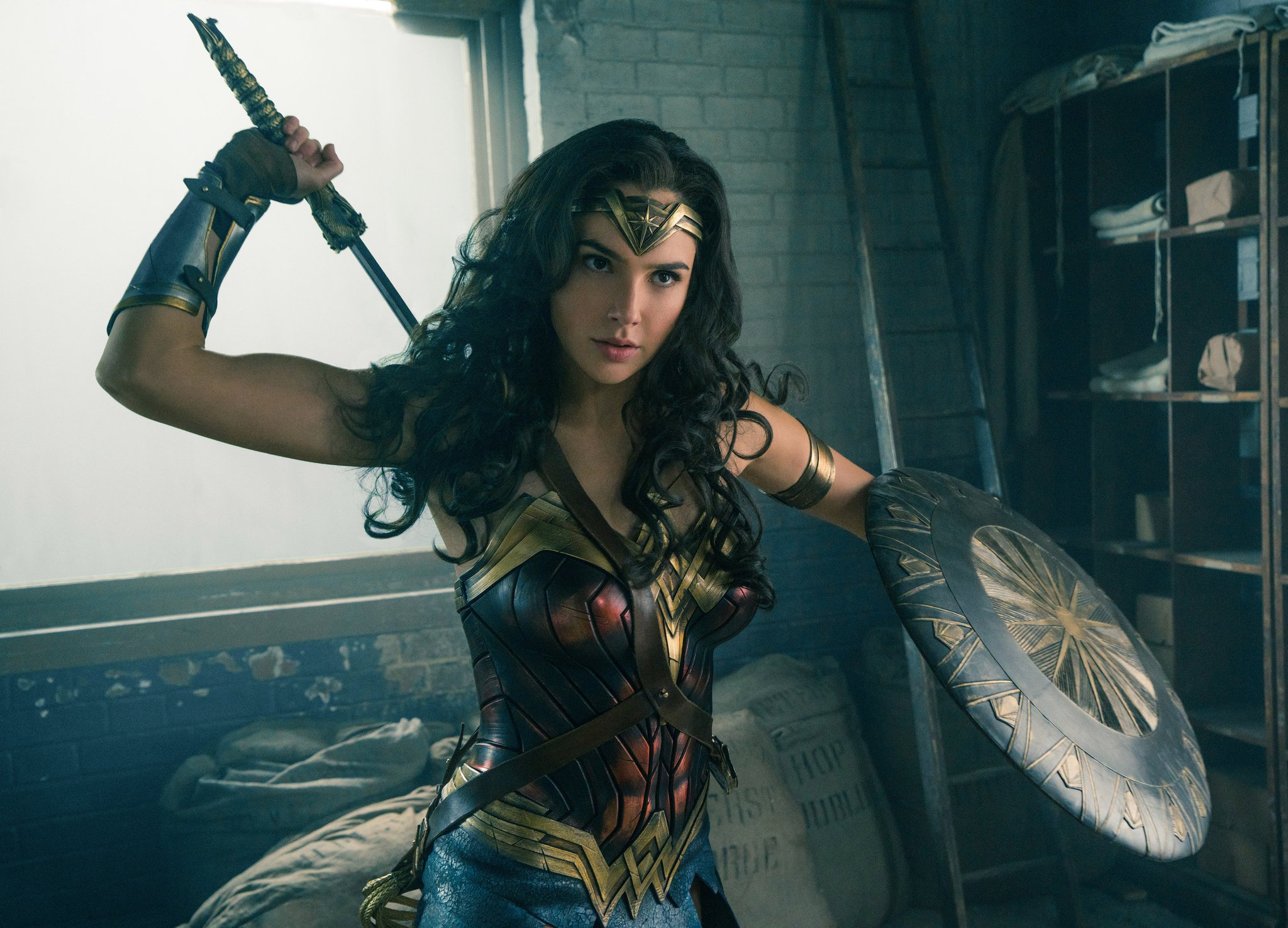 When DC’s original super-heroine Wonder Woman finally headlined her own feature film in 2017, it was a huge success. Critics and audiences around the world praised director Patty Jenkins’ film as a celebration of a powerful example of female representation in the usually male-dominated arena of the comic book movie.

This sentiment was not shared in Lebanon, however. Wonder Woman was banned there due to the casting of Gal Gadot in the title role, as the Israeli actress had previously served as a soldier in the Israel Defence Forces and has voiced her support for her home country’s military on numerous occasions.

6. 2012 was banned in North Korea for giving a negative representation of Kim Il-sung’s 100th birthday 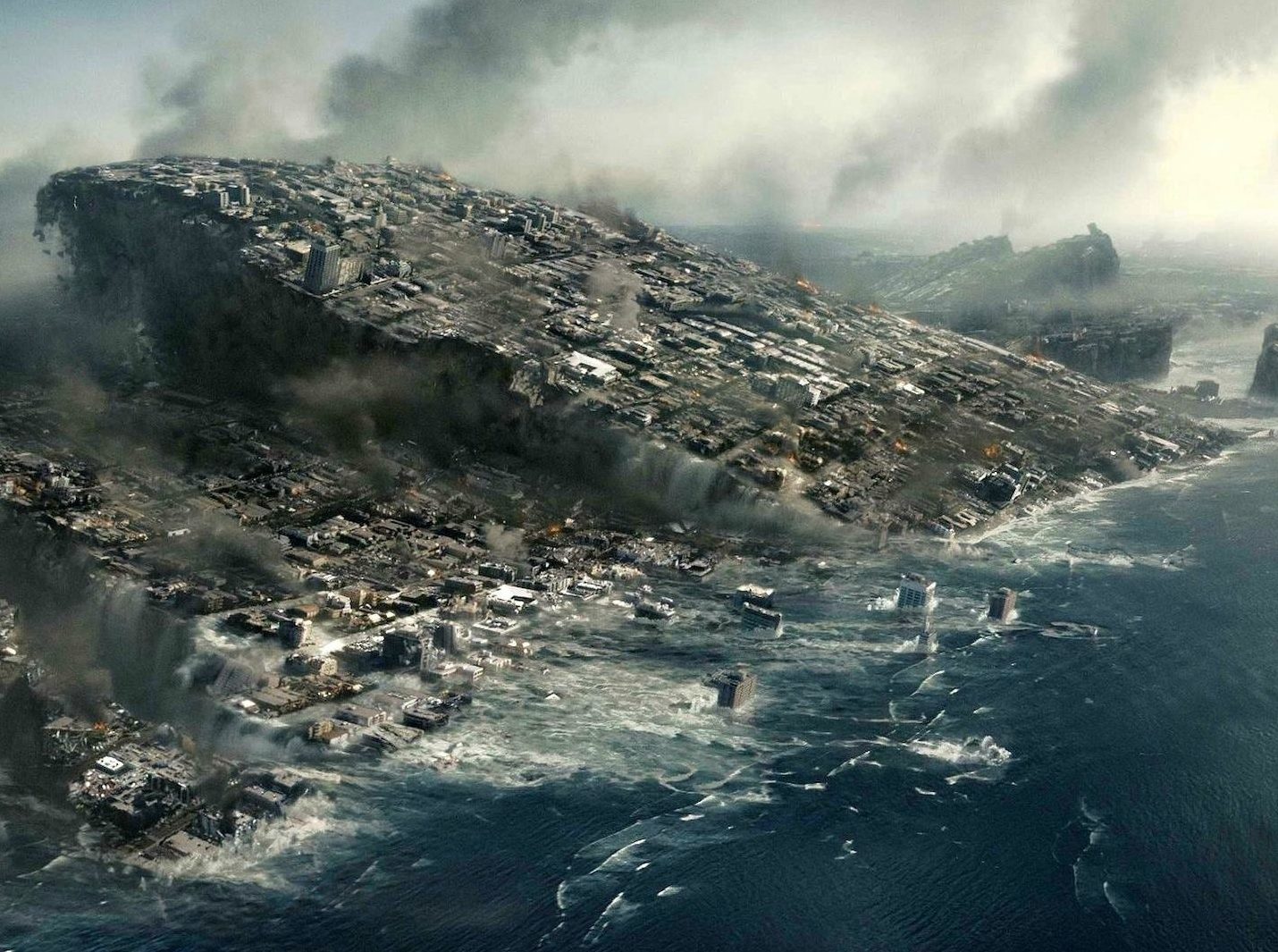 Director Roland Emmerich’s 2009 disaster movie played around the new age fear that the year 2012 would see the world come to an end. Some critics blasted the film for popularising these far-fetched theories, but the one nation that banned the film – North Korea – did so for a somewhat different reason.

The year 2012 marked what would have been the 100th birthday of North Korea’s founder Kim Il-sung, and for this reason the nation’s government deemed the film offensive for portraying the year in a negative light. As such, they banned the film, and made the possession or viewing of it a criminal offence.

5. Barney’s Great Adventure was banned in Malaysia for being ‘inappropriate for children’ 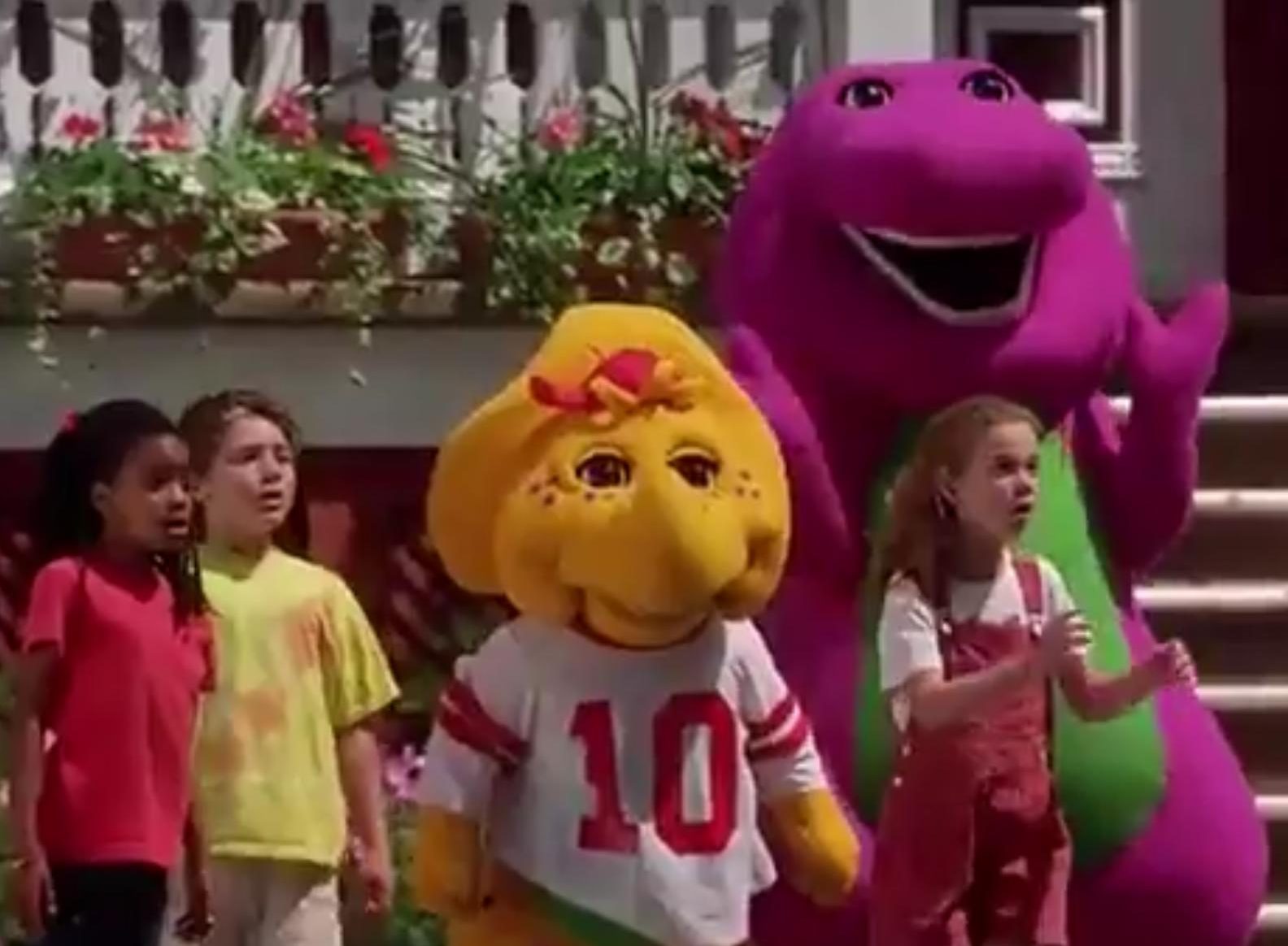 Many adults were bemused by the massive popularity of Barney & Friends, the kids’ TV show centred on a purple dinosaur. Even so, whilst the cutesy characters may have profoundly irritated a lot of parents and elder siblings, no one could ever have accused the material of in any way posing a threat to its young audience.

The Film Censorship Board of Malaysia felt differently, however. When the TV show’s big-screen spin-off Barney’s Great Adventure was released in 1998, it was refused a certificate by the Malaysian censors on the grounds that the film was ‘not suitable for children’. The film remains banned there to this day, and what makes this a particularly fascinating case is that the exact reasons behind the ban have never been given. 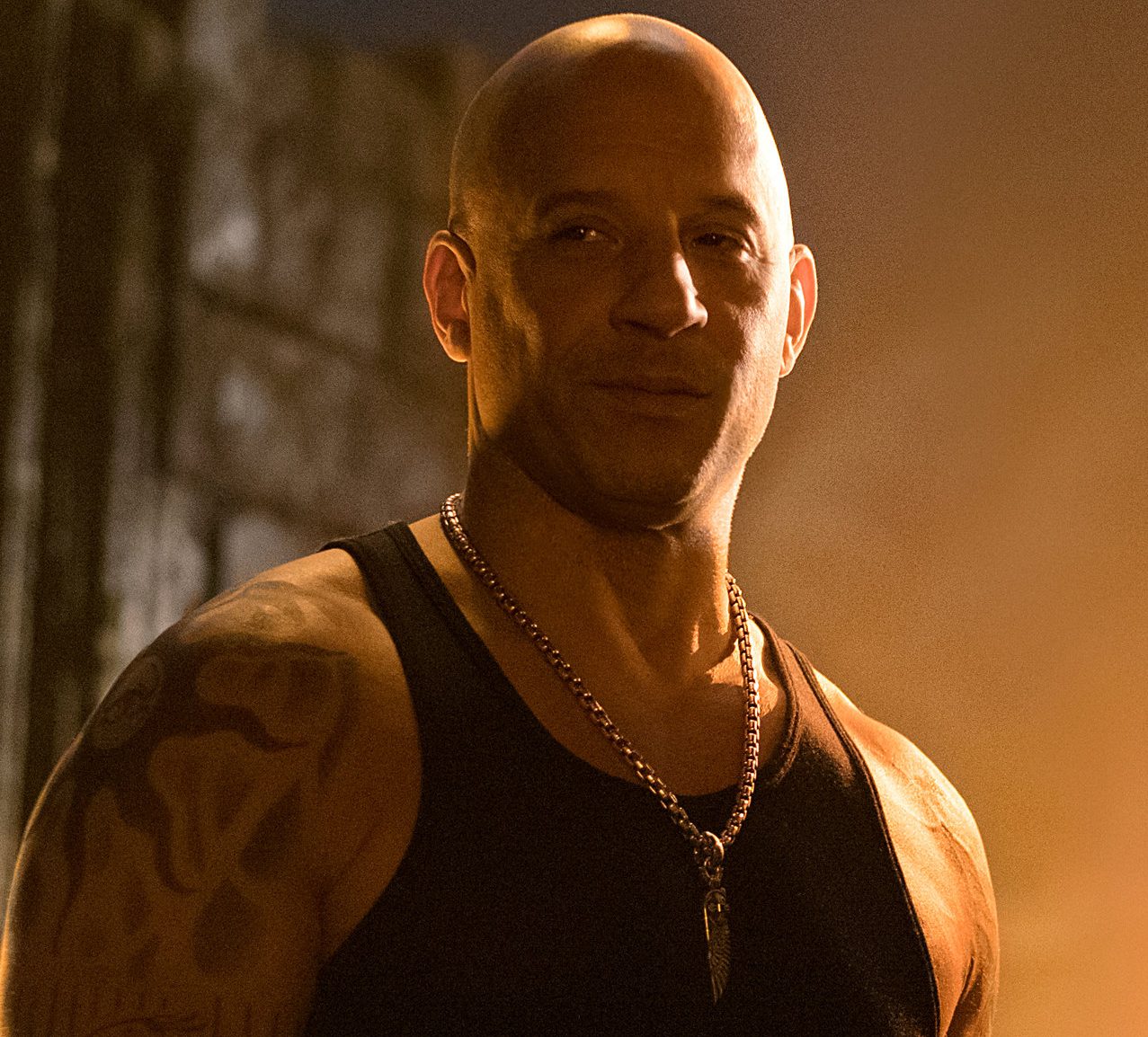 As India has strict laws about the depiction of drinking, they cut a moment in which Diesel’s Xander Cage is served a drink at a bar. The irony is that the character of Xander Cage is a strict teetotaller, and the drink he was served in this scene was cranberry juice and soda.

3. Zoolander was banned in Iran for promoting homosexuality 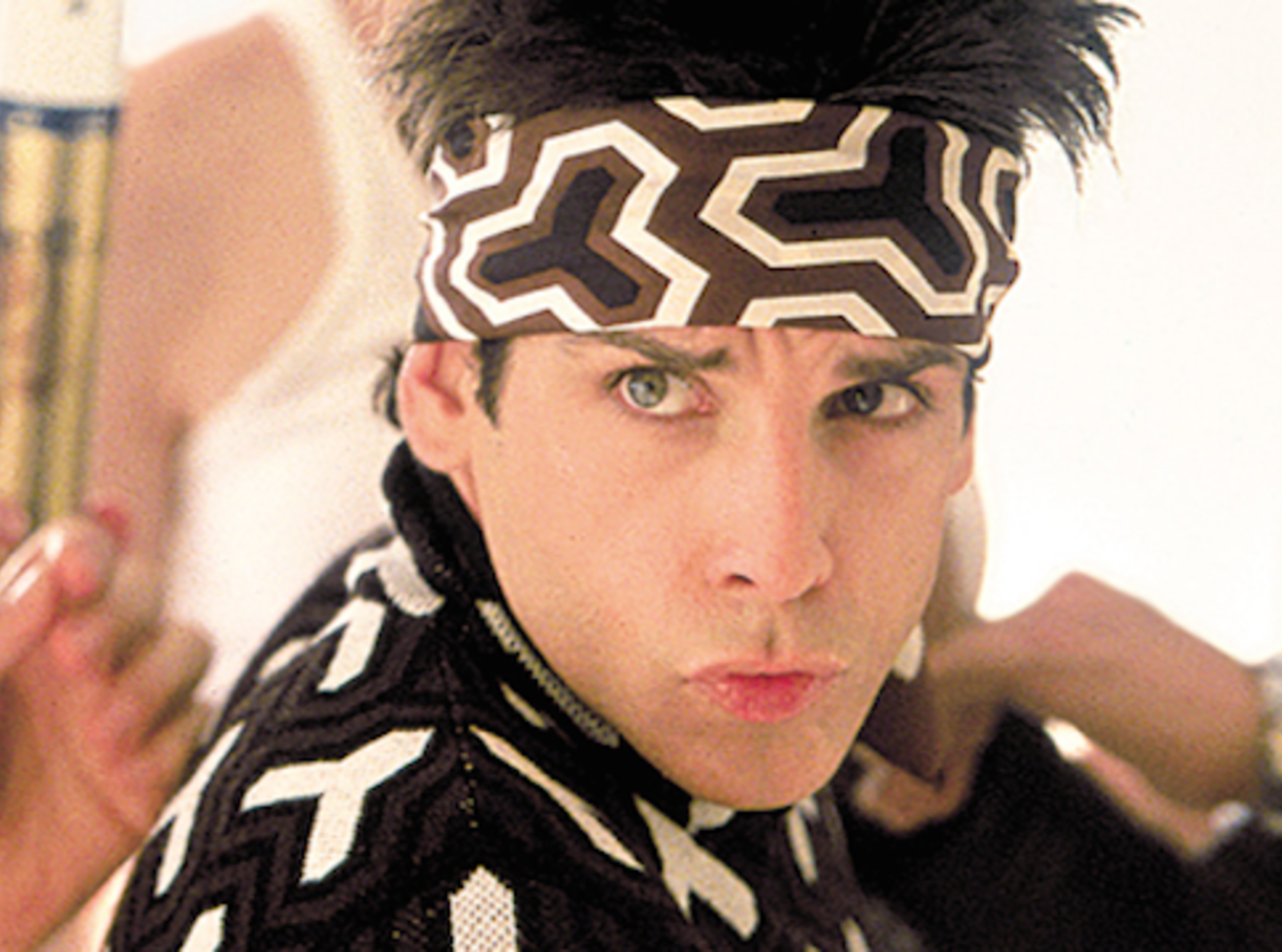 Ben Stiller’s 2001 comedy Zoolander was a big hit, with most audiences and critics enjoying its satirical approach to the fashion industry. It didn’t go down well everywhere, however. In Iran, the film was banned outright due to concerns that it endorsed homosexuality; this despite the fact that the film features no same-sex love scenes, and ultimately ends with Stiller’s male model marrying a woman (Christine Taylor).

Zoolander was also banned in Malaysia, where the film was deemed offensive as a key plot device is a plot to assassinate the Malaysian Prime Minister. Singapore also banned the film in solidarity with Malaysia, although they ultimately changed their minds, releasing it to DVD with an adults-only rating.

2. 1931’s Monkey Business was banned in Ireland for fear it would promote anarchy 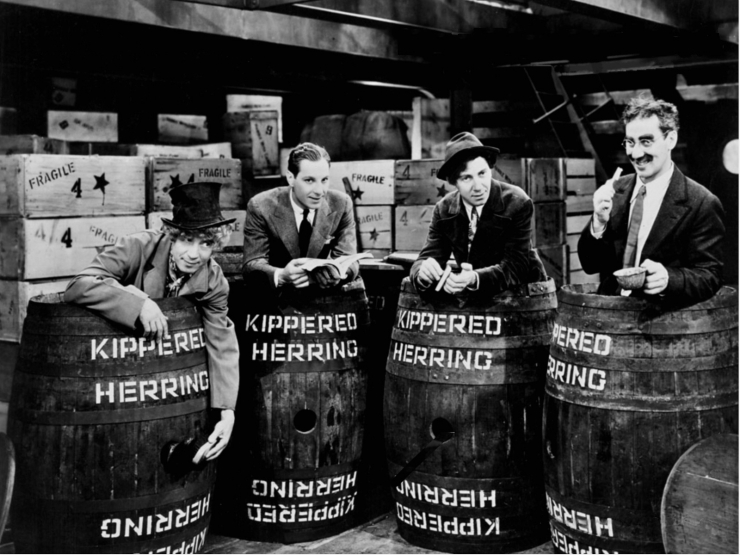 Comedy legends the Marx Brothers have long been famed the world over for their distinctive, hugely influential brand of off-the-wall comedy. While the term ‘anarchic’ has been used to describe the Marx Brothers’ humour, not too many of us today would imagine that their films could inspire genuine anarchy.

However, this was exactly what the Irish ratings board feared of the 1931 Marx Brothers classic Monkey Business. Believing the film would encourage ‘anarchistic tendencies’ in audiences, the governing body refused the film a cinema release at the time.

1. A Clockwork Orange was banned in the UK on the orders of its own director 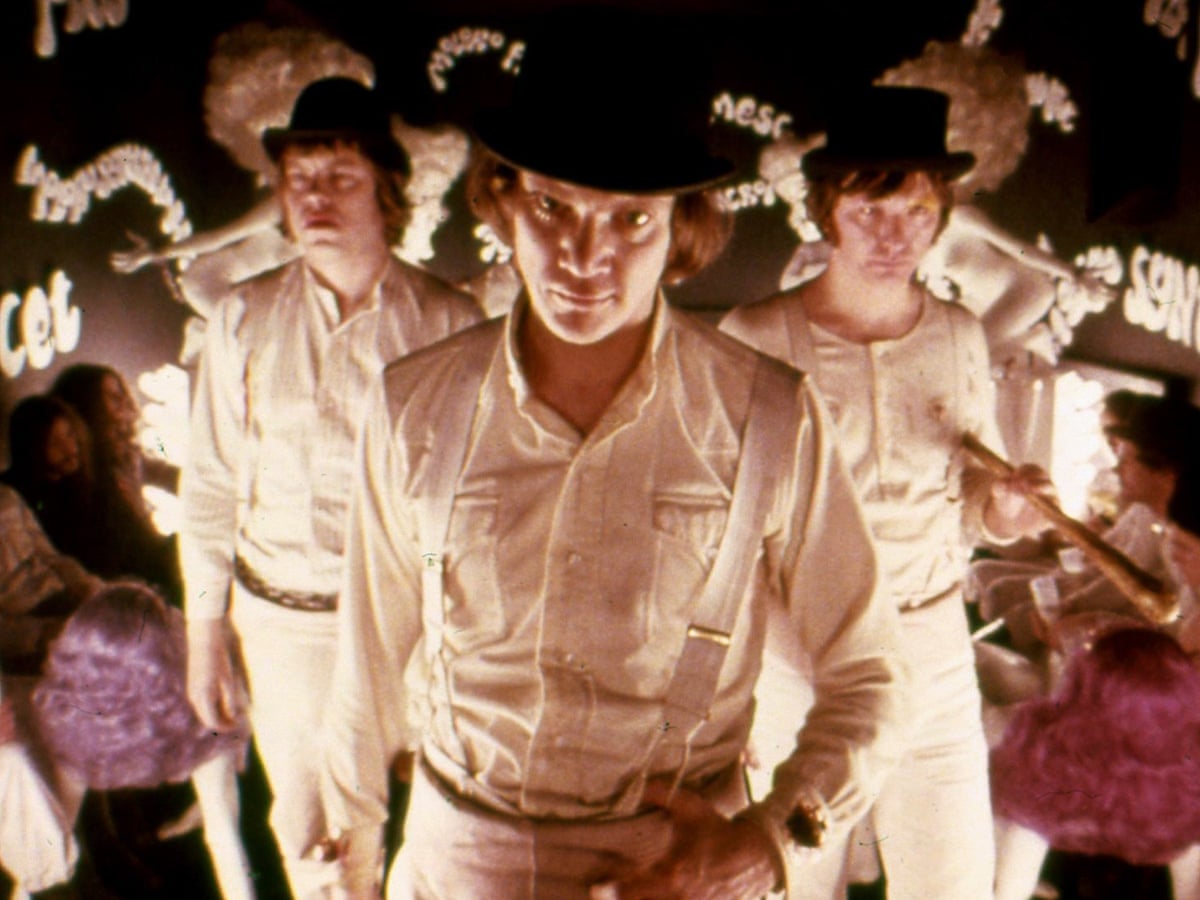 Following its initial cinema release in 1972, dystopian sci-fi drama A Clockwork Orange was not legally available for viewing in Great Britain (the country in which it was made) for 26 years. It’s often been assumed that the controversial film was banned by the BBFC, but in fact the British classifiers had happily passed the film uncut with an 18 certificate. Instead, A Clockwork Orange was withdrawn from UK distribution at the behest of its director, Stanley Kubrick.

The great American filmmaker lived in Britain, and had received death threats and protests outside his family home over A Clockwork Orange’s provocative content. Because of this, Kubrick pulled the film from UK cinemas and insisted it not be made available in Britain during his lifetime. It was only after his death in 1999 that the film was finally re-released.