Danny Glover And Mel Gibson Are Still Friends 35 Years On

OnIn 1987, Mel Gibson and Danny Glover first teamed up as mismatched LA cops Martin Riggs and Roger Murtaugh in the action classic Lethal Weapon. The film established the pair as an iconic double act, their chemistry so successful that Gibson and Glover would reprise their roles in three sequels, with a fourth now in the works.

In the movies, Gibson and Glover are the best of friends. In real life, Gibson and Glover initially butted heads, their personalities clashing during the making of the first Lethal Weapon. But as time wore on, the two actors became as close as ‘brothers’, with Glover standing by Gibson through the most controversial years of his career. “I’ll always remember how Mel and I clicked”

Lethal Weapon came to epitomise action cinema’s ‘buddy’ movie subgenre, in which two characters with clashing personalities prove to be a great team. This had been done before, most famously with Nick Nolte and Eddie Murphy in 1982’s 48 Hrs., but Glover and Gibson’s chemistry took their film to another level.

Prior to landing the role of Murtaugh, Glover recalls he was invited to “attend a read-through at [director Richard] Donner’s house to see what Mel and I were like together. And it worked within a couple of minutes; I’ll always remember how Mel and I clicked.”

Gibson agrees, later remarking of Glover in Jet magazine, “I’ve never been able to explain our relationship except for the fact that I get him and he gets me. He’s considerate, generous and a brilliant actor.” 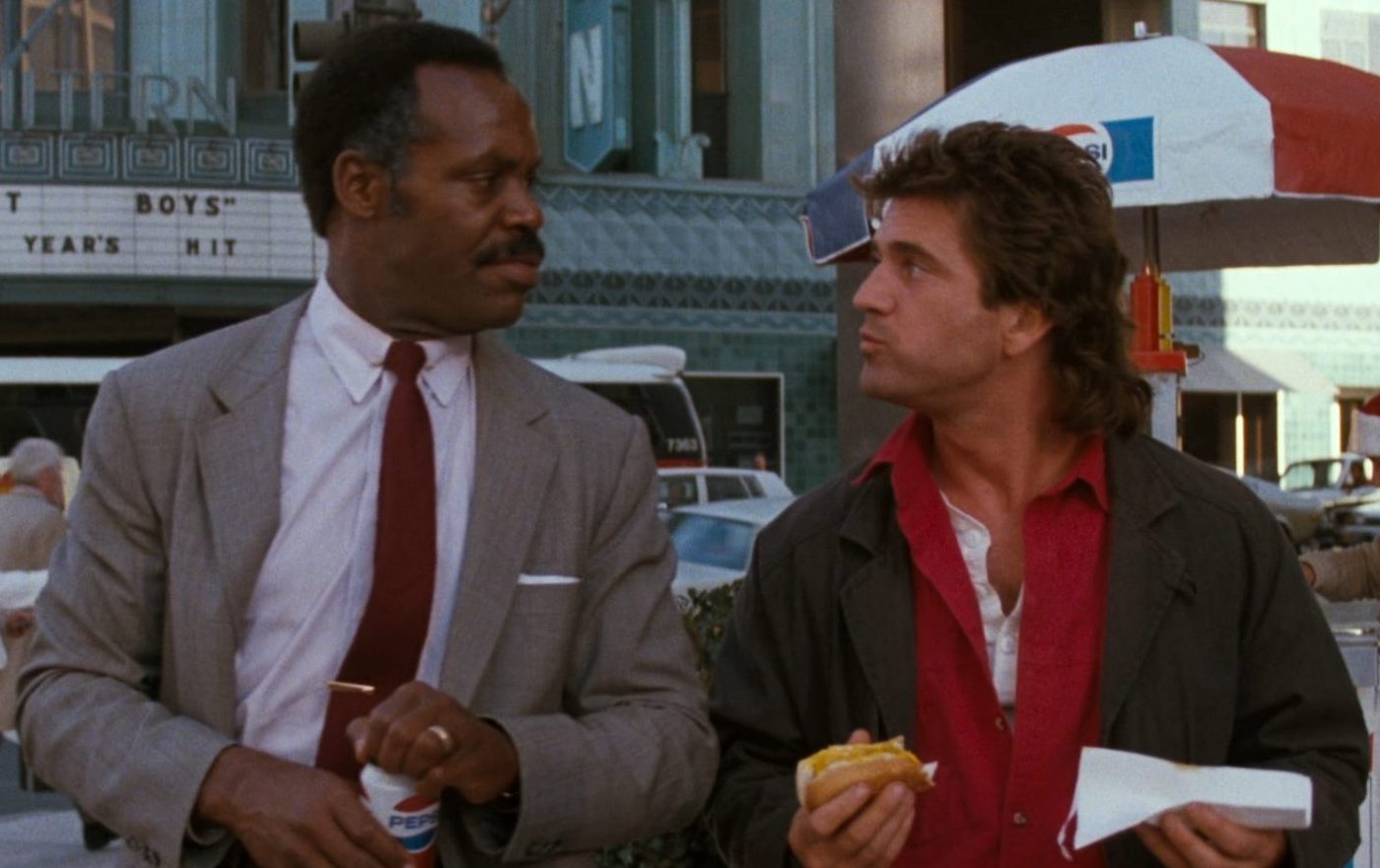 Gibson and Glover weren’t necessarily instant pals. Where Gibson relied on instinct, Glover was more of a Method actor. As Wensley Clarkson writes in his book Mel Gibson: Man on a Mission, that Gibson and Glover came from “completely different schools of acting” at first put a strain on their relationship.

“Mel has acknowledged, privately, that he and Glover did not hit it off immediately”, writes Clarkson. “It was to be a gradually improving relationship that reached the height of familiarity only in the Lethal Weapon sequels.” Still, Gibson and Glover’s special on-screen connection was from the jump apparent to all, as reflected in the Lethal Weapon 2 tagline, ‘the magic is back!’

Gibson has suggested his chemistry with Glover has also been a factor in the longevity of the series, remarking on the release of Lethal Weapon 4 that “our advantage… is that we really do enjoy each other’s company; we do understand and like these characters, and we do have a tremendous relationship with the filmmakers. We can put that up on the screen with complete integrity.” 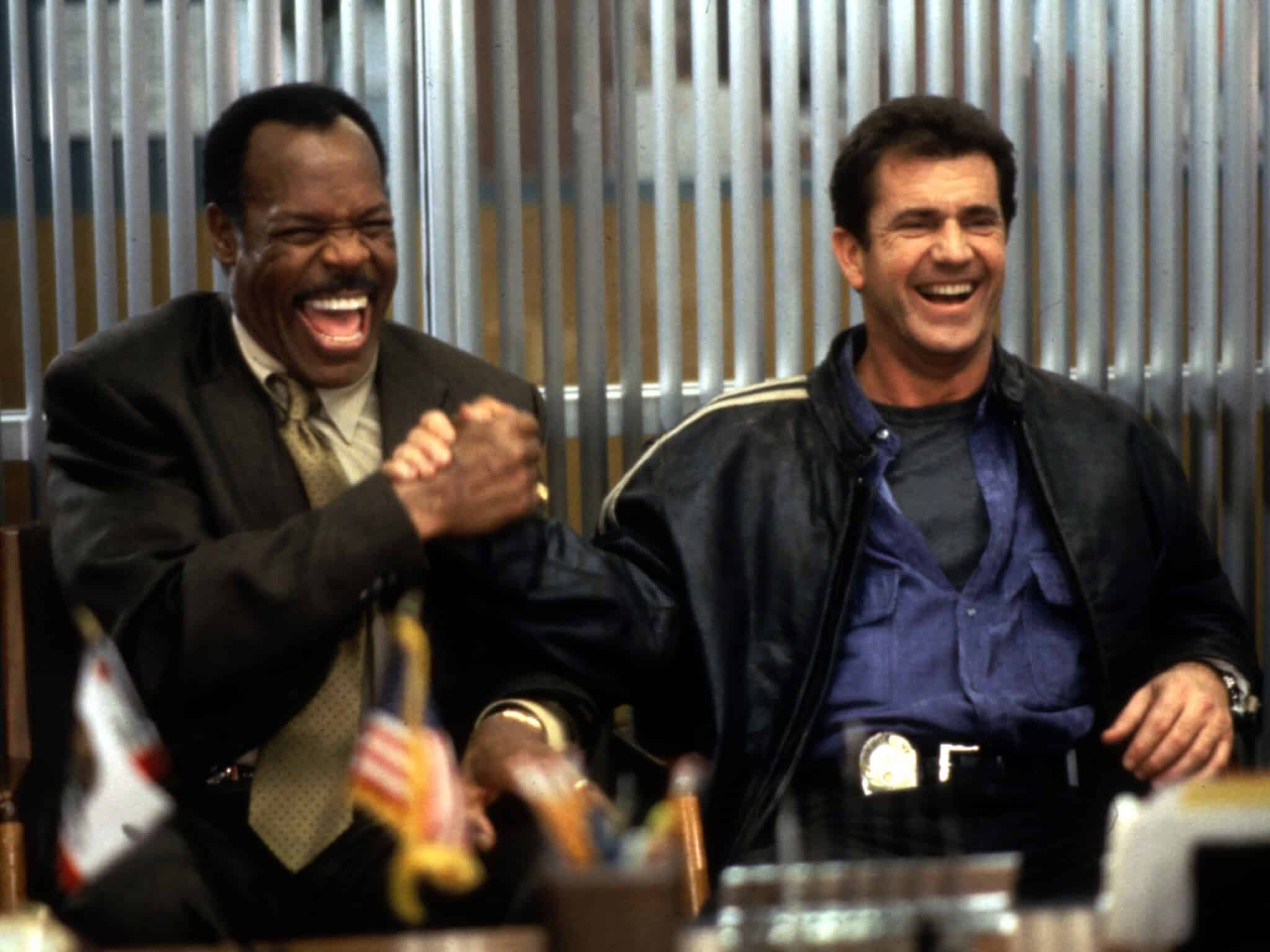 “We are more alike than I initially thought”

As the Lethal Weapon series continued, the bond between the two men grew closer. Glover’s Murtaugh may repeatedly declare, “I’m too old for this s***”, but the age gap between Gibson and Glover isn’t actually that large. While Gibson was born on January 3, 1956, Glover was born a mere decade earlier on July 22, 1946.

Clarkson quotes Gibson: “We get together and go for dinner, you know, swap war stories. You know, lie to each other! And we talk about heavy stuff, too… it’s a kind of Middle Aged Men’s Therapy Group with just the two of us sitting there. And we are more alike than I initially thought.

“When we started, he was already nearly 40 and I was still growing up and now we are both these middle-aged guys. So we have a better connection and understanding of one another. I mean, with Danny, what’s there not to like?” 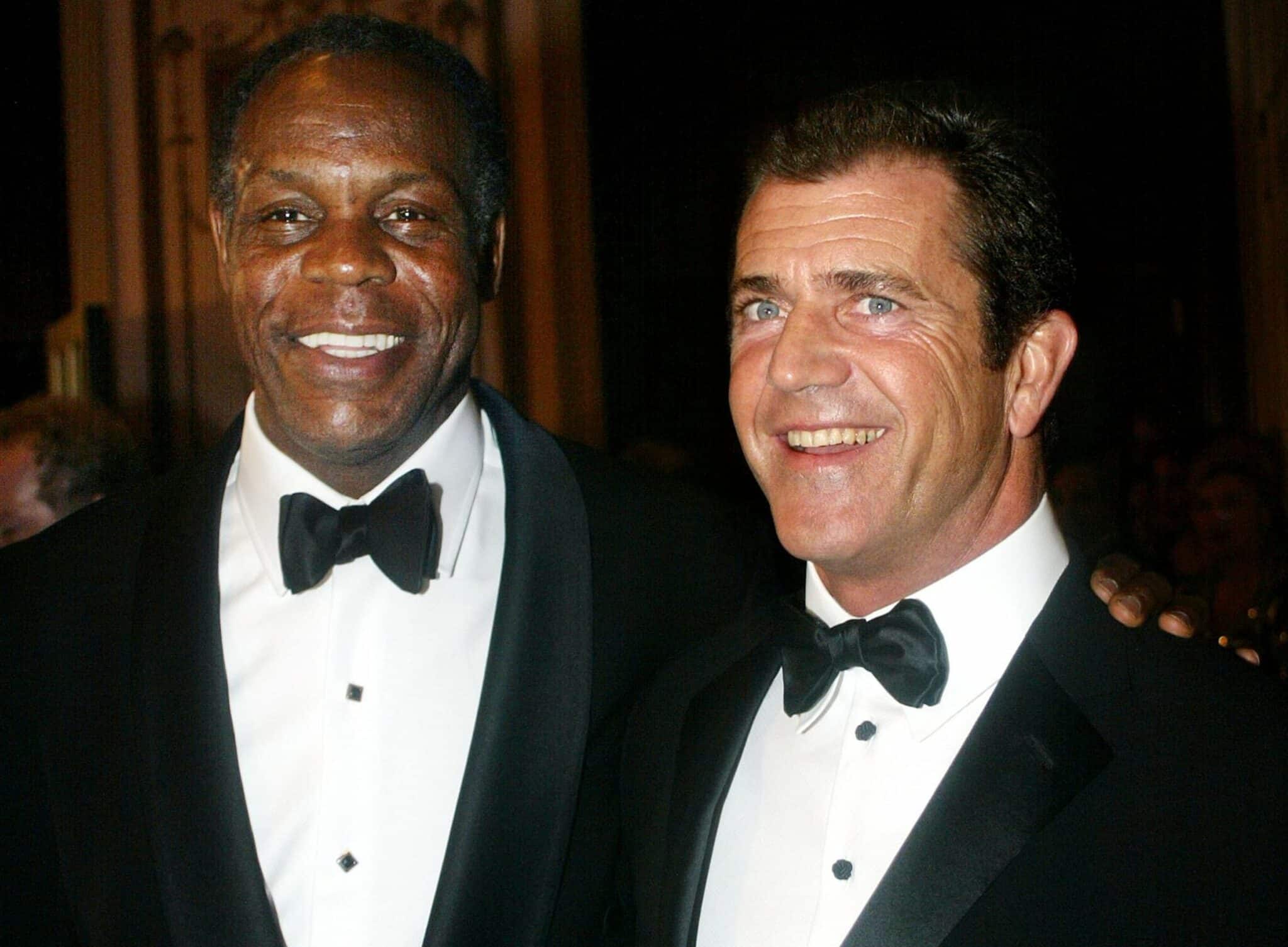 After 1998’s Lethal Weapon 4, the action franchise quietly went on pause, but Gibson continued to enjoy a high profile acting career until 2006, when his career was derailed by a series of scandals. After being arrested for drunk driving, Gibson reportedly let loose a slew of sexist and anti-Semitic remarks to his arresting officers. Later, a recording was released of a telephone message Gibson left to an ex-girlfriend in which he used aggressive language including the N-word.

“I can’t pass judgment on a man’s life”

Glover did not speak out directly on Gibson’s behaviour at the time, but he did remark in one 2007 interview, “I tell people, ’You can’t tell me who I can talk to. You can’t tell me what I can talk about. You can’t pick my friends… My critics have taken to attacking my relationships, but they have nothing to say about the substance of what I’ve had to say.” While these remarks primarily address Glover’s political activism, it seems feasible he could have been quietly defending his friendship with Gibson.

Glover has addressed the matter more directly in the years since. In 2012 he told The Guardian, “Mel’s my friend. I can’t pass judgment on a man’s life. I know my working relationship with him was wonderful – absolutely unequivocally. We don’t agree on everything. My take on women’s rights may be different from his. I know Mel is a wonderful human being, a wonderful father.” 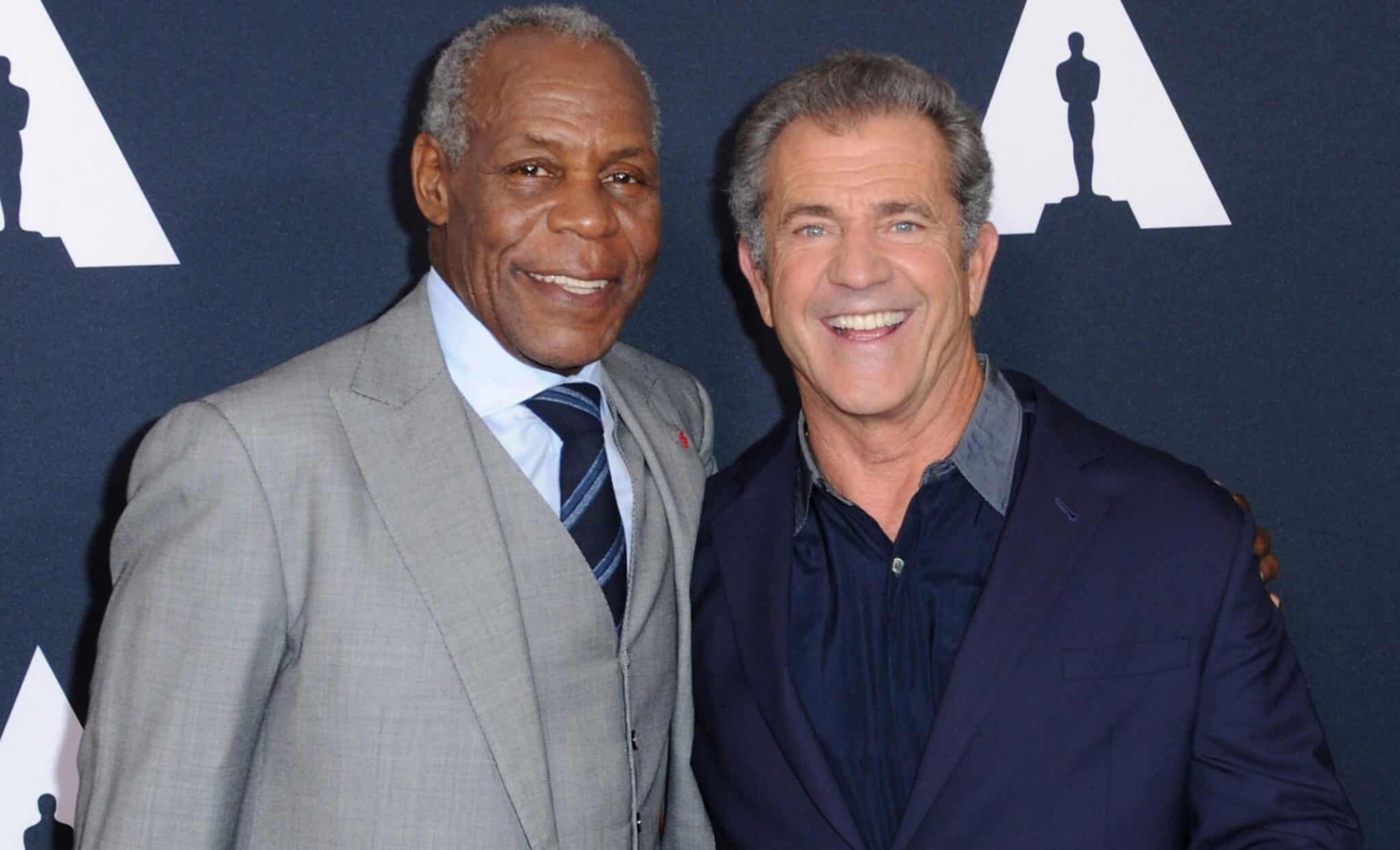 Glover has also stressed that, despite their apparent differences politically, Gibson has offered support to various causes which Glover has championed: “When I was doing work with the United Nations Development Programme around the issue of poverty, he financially supported the stuff that we did. He also supported a benefit my wife put together for an opera house in San Francisco in the black community.”

Speaking to Star Tribune in 2014, Glover got a little more defensive on the matter, stating, “I love Mel Gibson. That’s all I have to say about that. I don’t want to go any further with the question.” The journalist noted that after the interview was over, Glover bluntly remarked, “What Mel and I say to each other is my private life, and I’m not writing a book.”

Despite Gibson’s star losing its lustre, talk of a fifth Lethal Weapon movie has not gone away. In 2020, news spread that Gibson and Glover would be returning alongside original series director Richard Donner for a film tentatively entitled Lethal Finale. 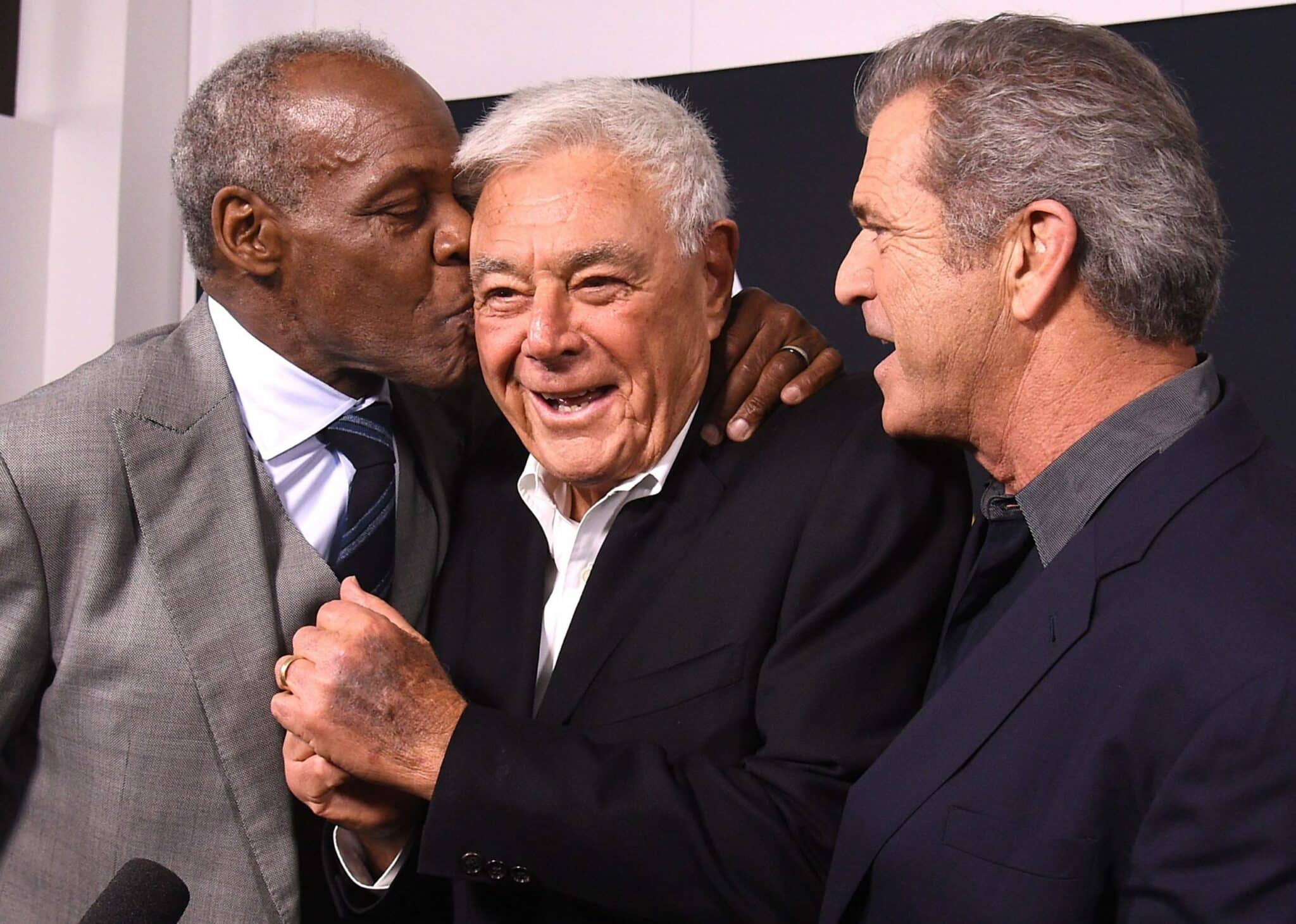 “Mel Gibson is my brother”

When Richard Donner died in July 2021, it was widely expected that Lethal Weapon 5 would die with him, but it was later announced that Gibson would direct the film himself, with Glover’s blessing. Gibson told Entertainment Tonight, “I called Danny up, of course, and said ‘Hey, dude, is it okay with you if I direct this?’ He said, ‘Yeah, let’s go’… I know Danny’s going to pull it off real well, too. He’s kind of like the show pony in this one.”

As Gibson still remains a divisive figure, Glover is by now accustomed to defending their continued association. In 2021, Glover expounded on the nature of their bond: “Mel Gibson is my brother. I’ve been a part of the evolution of two men: myself and Mel. We’ve been around each other over 35 years. That doesn’t make us the best of friends but I see the spirit of generosity that is part of who he is. I’ve been around him enough to know that Mel is a good person, a good human being and I love Mel.”