8 Hollywood Child Stars Who Ended Up Getting Arrested

Many popular child stars go on to have a happy and fulfilled life as adults, with some even replicating the success and fortune they had as youngsters (hello, Christian Bale).

Unfortunately, others struggle financially, some go off the rails completely, and a handful even fall foul of the law with their supposedly grown-up antics.

Below are eight Hollywood child stars who got in trouble with the law after their fame and fortune faded. 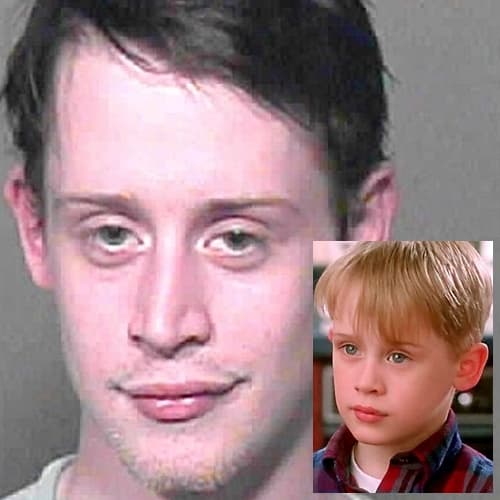 Macaulay Culkin’s life changed forever when he starred in Home Alone in 1990. The film made $476 million worldwide, with the sequel also making $359 million, but Culkin’s life since then has been surrounded by controversy.

As well as a rumoured drug habit, which he has denied, in 2004 Culkin was a passenger in a car in which his friend was caught speeding. The police searched the car and found some illegal drugs, which meant that Culkin was also arrested. 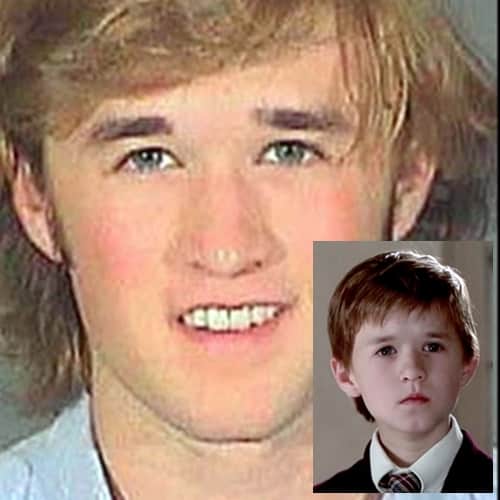 After a number of parts in TV shows and films during the 1990s, including a small role in Forrest Gump playing Forrest’s son, Haley Joel Osment shot to fame when he starred in M. Night Shyamalan’s The Sixth Sense. His performance in that film saw him nominated for the Best Supporting Actor Oscar.

Sadly, in 2006 Osment was involved in car accident when he hit a brick mailbox near his home and overturned his car, suffering a broken rib and fractured shoulder. He pleaded no contest to driving under the influence of alcohol and drug possession, and was sentenced to three years probation and 60 hours in an alcohol rehabilitation program. 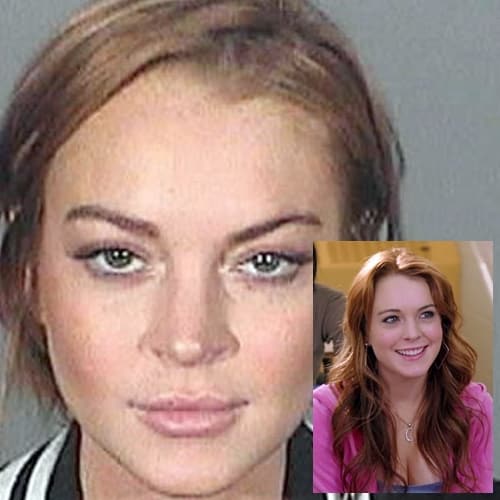 Despite predictions that she would go onto bigger and better things after starring in Mean Girls, a life of partying and addiction meant that Lindsay Lohan very quickly fell from grace.

Not only that, but Lohan was arrested a number of times for driving under the influence of alcohol in 2010, and was also charged with grand theft in 2011. 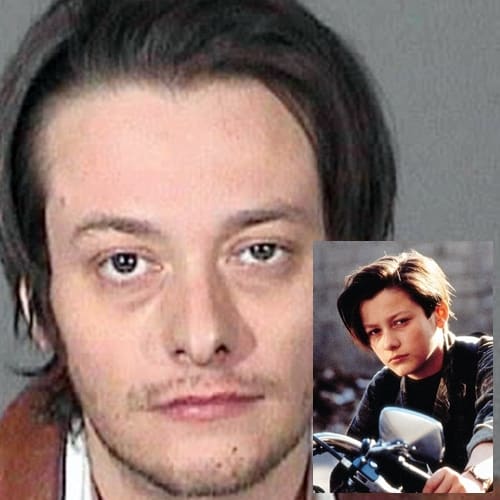 Best known for his role in Terminator 2: Judgment Day, Edward Furlong’s career has declined in recent years, mainly due to the multiple arrests and court cases he has found himself entangled in, as well as his struggles with substance abuse and alcoholism.

In 2010 Furlong was given three years probation for violating a civil protective order, and in 2013 he was also sentenced to 180 days in jail for a violation of probation. He was arrested again the same year but avoided a jail sentence after agreeing to go to rehab for drug addiction, as well as undergo 52 weeks of domestic violence counselling. 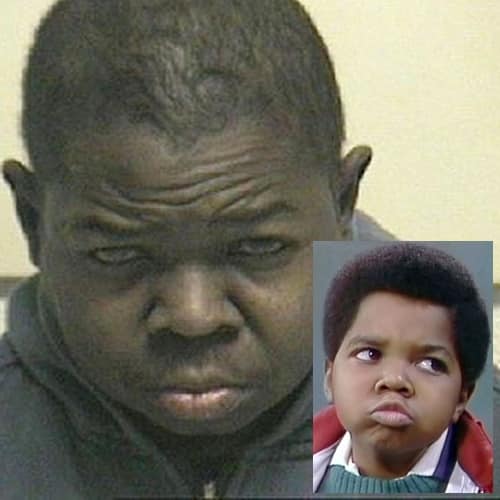 Gary Coleman starred as Arnold Jackson in the classic American sitcom Diff’rent Strokes, and was just 18-years-old when the show came to its conclusion.

Coleman struggled financially later in life, and was even arrested on a warrant stemming from a domestic violence charge in 2010. He sadly died of an epidural hematoma later that year, aged just 42. 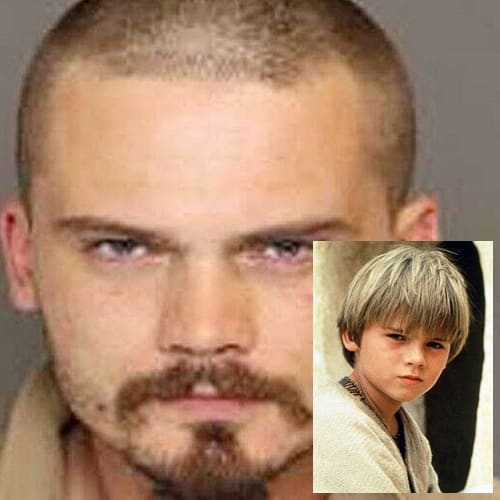 Jake Lloyd, now aged 29, is a former American actor who became famous after playing a young Anakin Skywalker in the 1999 film Star Wars: Episode I – The Phantom Menace, but he has since left the bright lights of Hollywood completely.

In 2015 Lloyd was involved in a high-speed chase with police where he reached speeds of over 100mph. The police eventually caught up with him after 25 miles when the road ended at a dead end, although the vehicle kept going into a wooded area before hitting several small trees. Lloyd was arrested for reckless driving, driving without a licence, and resisting arrest. 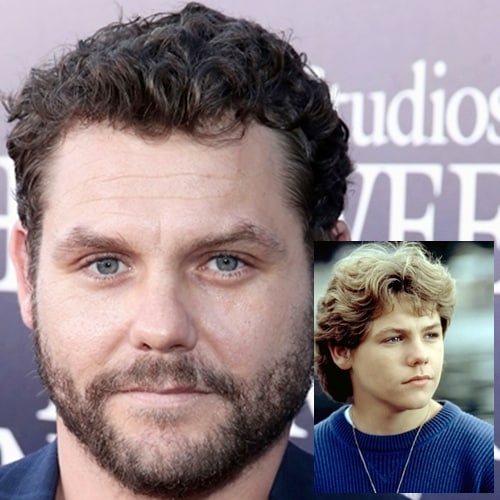 Even if you don’t recognise the name Jason James Richter, you’ll no doubt remember one of his roles: that being Jesse, the boy who befriends (Free) Willy, a movie that was so successful that it ended up spawning a franchise that included three sequels.

Richter, who is now 39-years-old, also went on to star in a number of other films, including The NeverEnding Story III, but sadly he also fell foul of the law, being sentenced to four days in prison in 2018 for domestic violence. 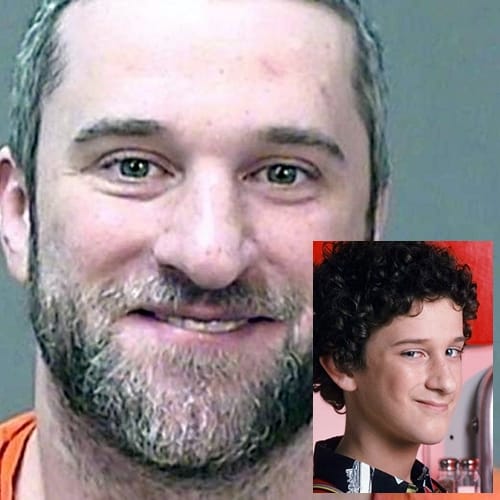 Dustin Diamond is best known for starring in Saved By The Bell as Samuel Powers, a character who of course went by the nickname of Screech, but Diamond’s life after the popular teen sitcom has not been without its troubles.

In 2014 Diamond was arrested for possession of a knife, which he was alleged to have used in a threatening manner during a fight in a bar in which a man was actually stabbed. He was convicted of carrying a concealed weapon and disorderly conduct, which led to him being sentenced to four months in prison.