Being a girl in the 80’s was a weird and wonderful experience.

We’re sure these bring back many happy memories, and we bet that some of you can even still remember the tune that your jewelry box played!

Guaranteed to be found on top of every girl’s dressing table, whether they had dancing talent or not. 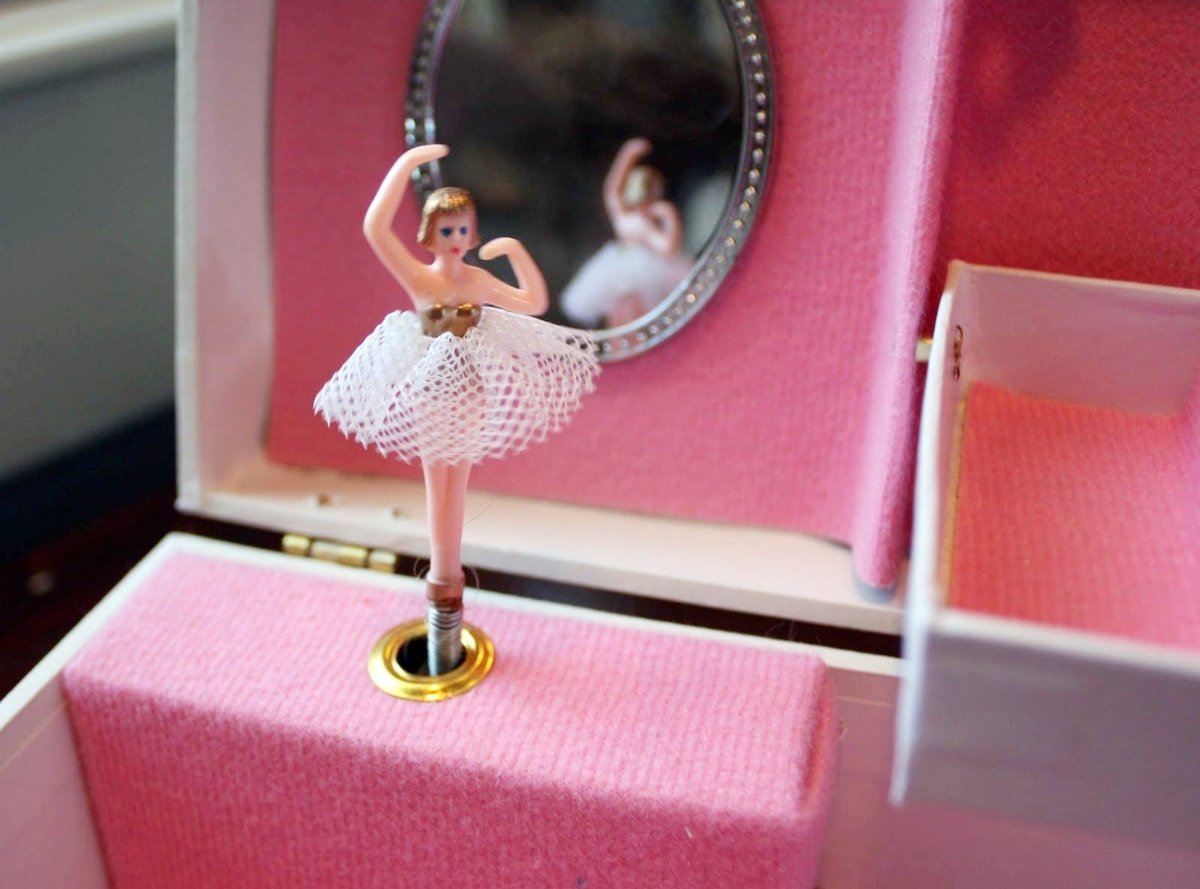 Remember Milly-Molly-Mandy? Each book had a number of short stories, with the length of each chapter being about the length of an ideal bedtime story.

Written by Joyce Lankester Brisley, the stories centre on a little girl called Milly-Molly-Mandy (mouthful or what?) who wore a pink and white striped dress.

The books follow MMM from ages four to eight, and the adventures in the small village she lives.

The stories also include her friends Billy Blunt and Little-Friend Susan, and took place in the South of England, and were the perfect comforting night time tales to help you switch off. 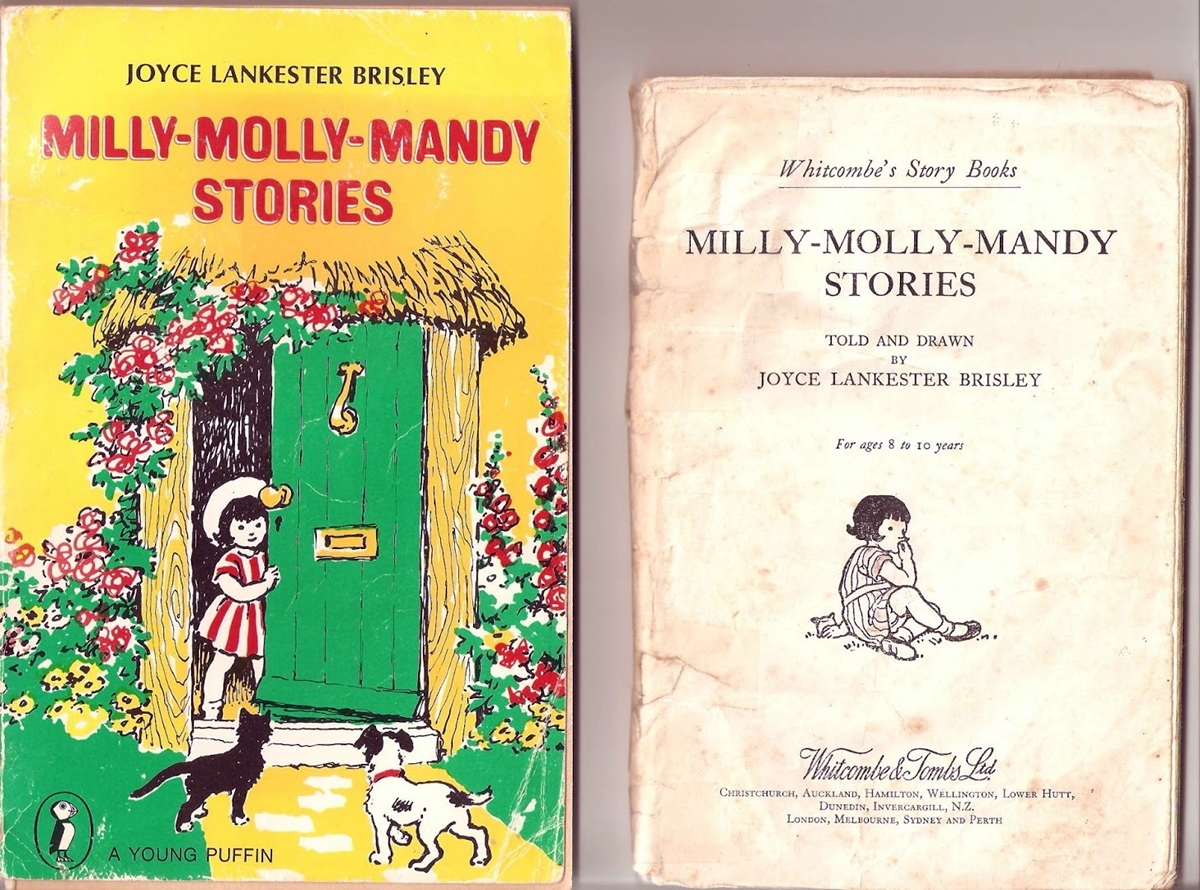 Tiny, tiny dolls in tiny, tiny houses, how many of you managed to lose them down the back of your wardrobe or chest of drawers?

Designed in 1983 by Chris Wiggs for his daughter Kate, the original Polly Pocket was made in a make-up compact.

The first ones appeared in stores in 1989, and the earliest designs produced by Blue Bird Toys are now valuable collectibles.

So much better than the bigger”fashion dolls” released in the late 90s!

It was announced in February that Mattel are bringing Polly Pocket back for a new generation. 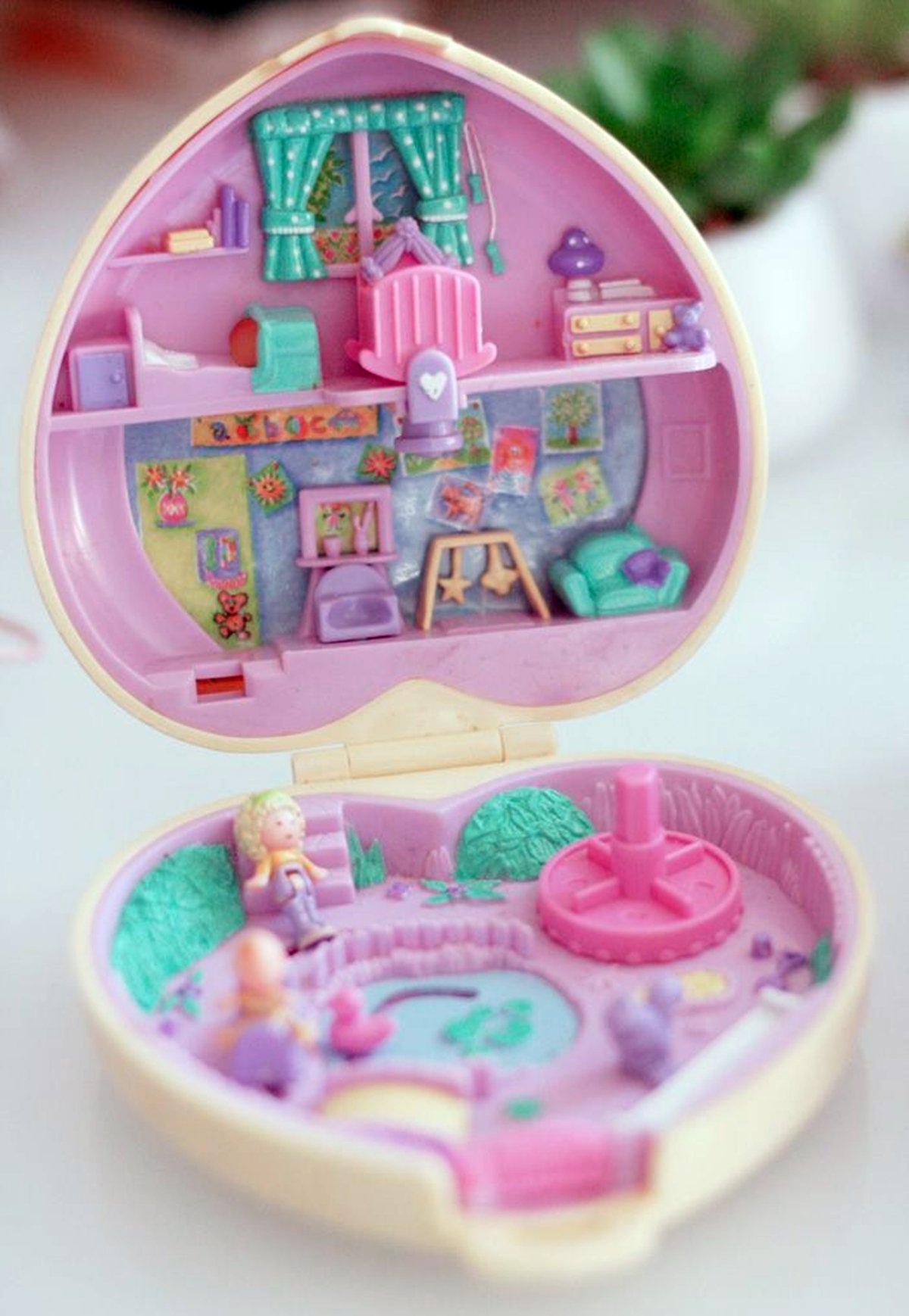 This particular design of door plaque was extremely popular back in the 80s.

Although, if you think about it, they were kind of pointless. I mean, surely everyone in your family knew your name and where your room was, right?

If they didn’t, then you have bigger issues than a nice door plaque can help you with.

Still, almost every girl had one, and if it helped you to assert your individuality then why not?

The ghetto blaster, also known as a boom box across the pond, was the only way to listen to music in the 80s.

With two cassette players/recorders and an AM/FM radio, ghetto blasters could be carried around by their handle.

If you were a true 80s girl, yours would be pink, even it was tacky.

Although associated mostly with hip-hop, you probably just blasted out Wham and Duran and Duran. It’s ok, we won’t judge you. 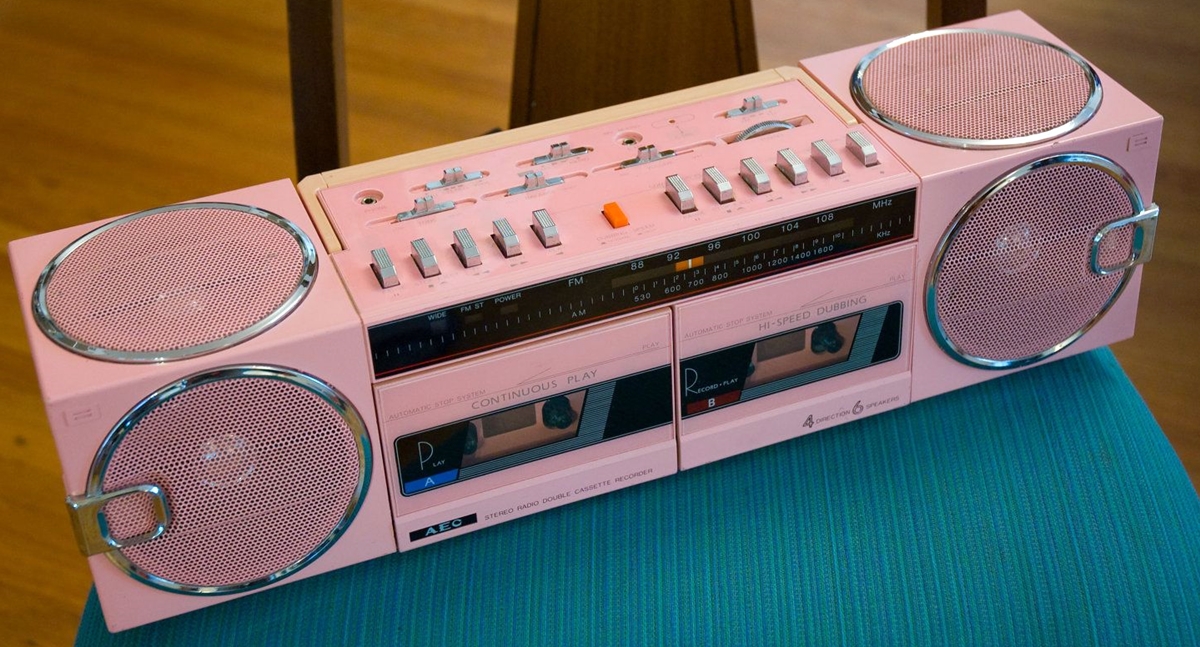 Sindy’s wardrobe didn’t come cheap, so some of us had to make do with a cheap knock-off, or one built by our dad!

The British Barbie, who sadly didn’t have the same levels of longetivity, Sindy was modelled to be a “girl next door”” type.

Released in 1963, Sindy underwent a transformation during the 80s.

She had evening dresses designed by The Emmanuels, who created Princess Diana’s wedding gown, as well as classic 80s style bubble dresses.

She was 20 years ahead of the game with the pastel hair trend, after creator Pedigree Toys released a Sindy whose hair and swimming costume changed colour when dipped in water. 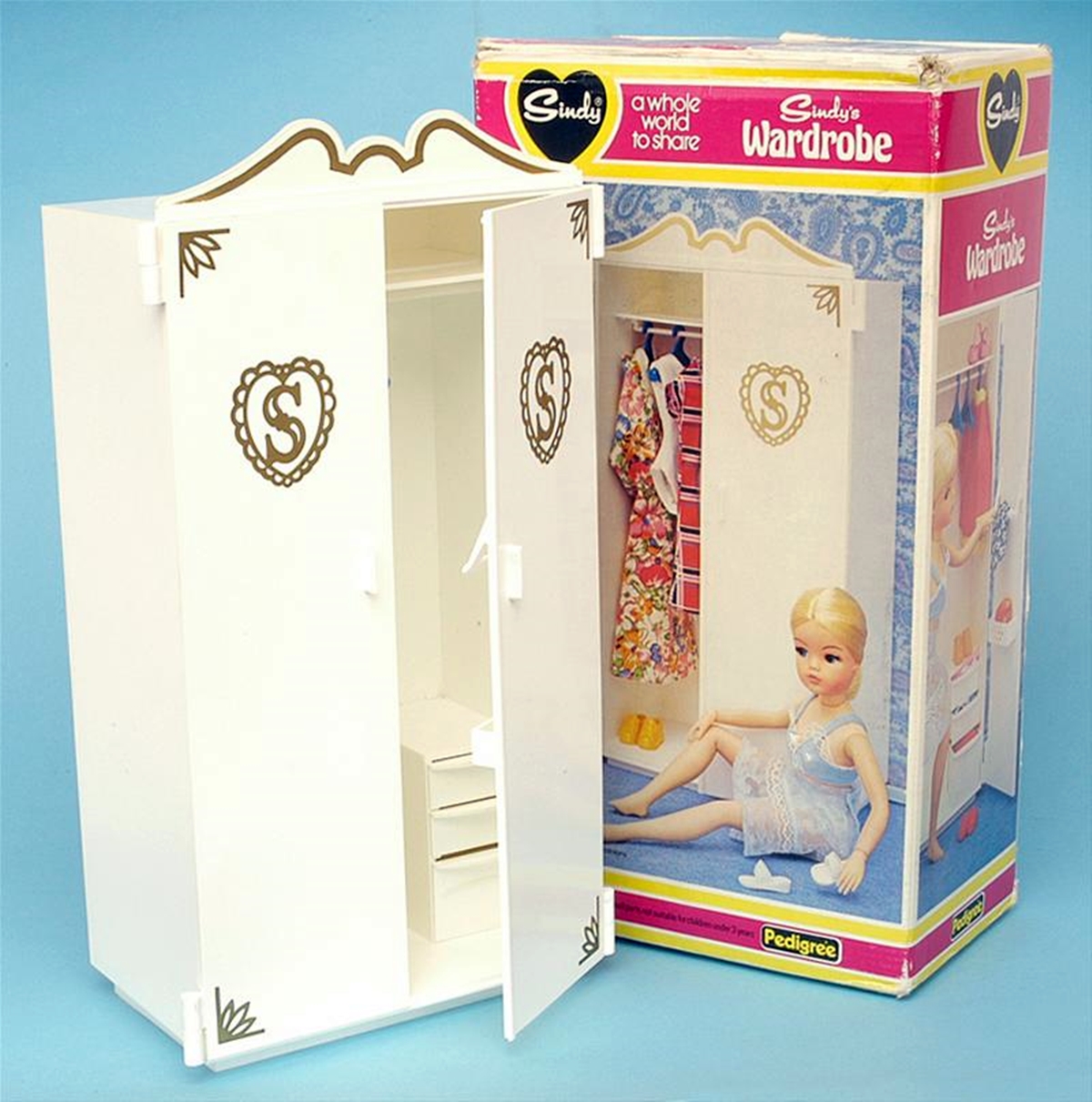 For many of us who grew up in the 80s and early 90s, Smash Hits was an integral part of our youth.

Every two weeks you’d get your copy from the newsagents, well, until it was taken over in popularity by Top of the Pops.

Whether you were into punk, disco or pop, Smash Hits had something for everyone.

Hell, there was even a Top Trumps game! 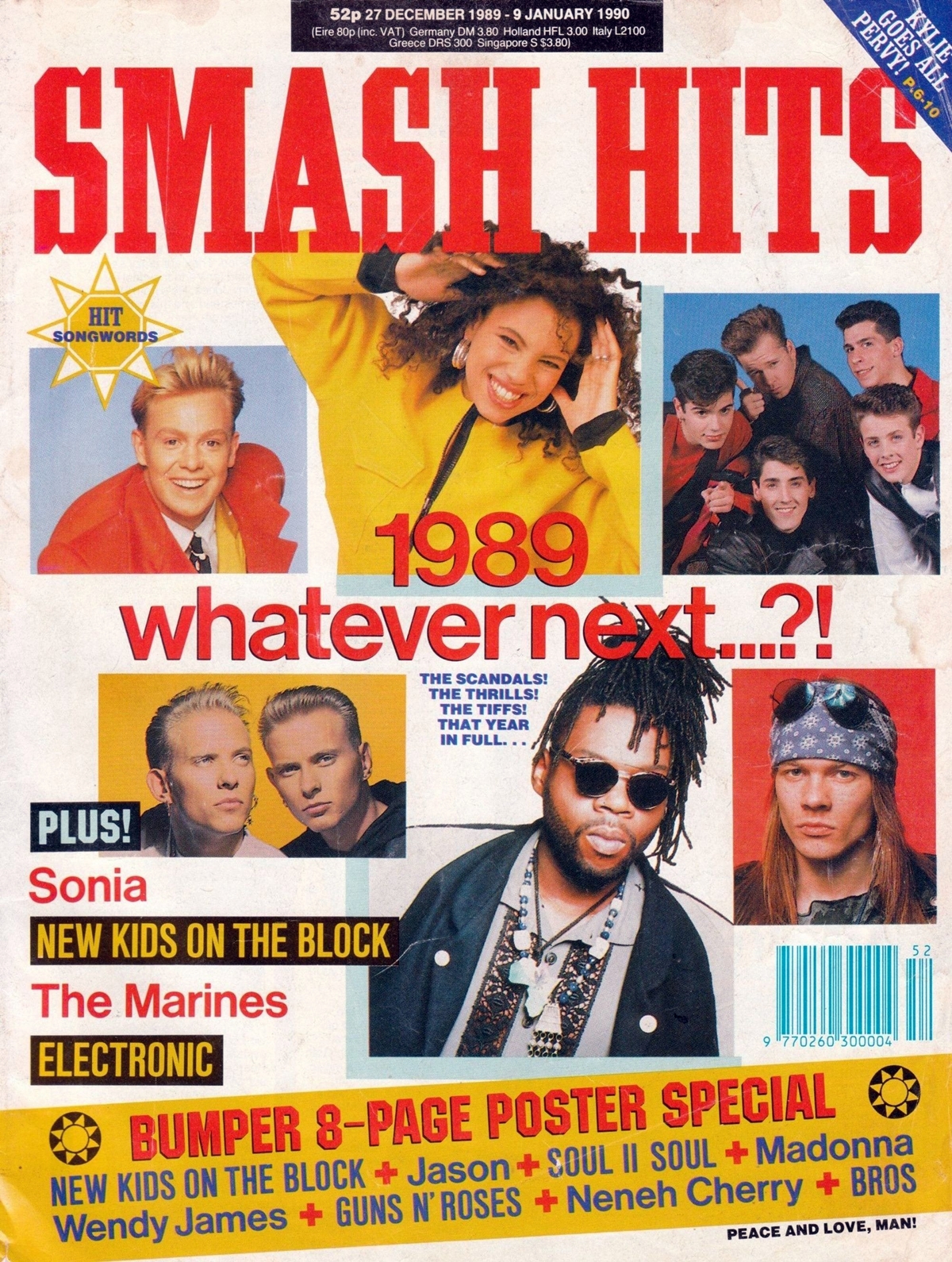 Many of us had The Care Bears on our wall. Were you really even an 80s kid if you didn’t?

After all, who didn’t love those happy little bears with doodles on their belly?

Each bear had an colour and insignia tailored to their personality, and everybody had their favourite.

Not to mention the countless hours spent watching the movies! 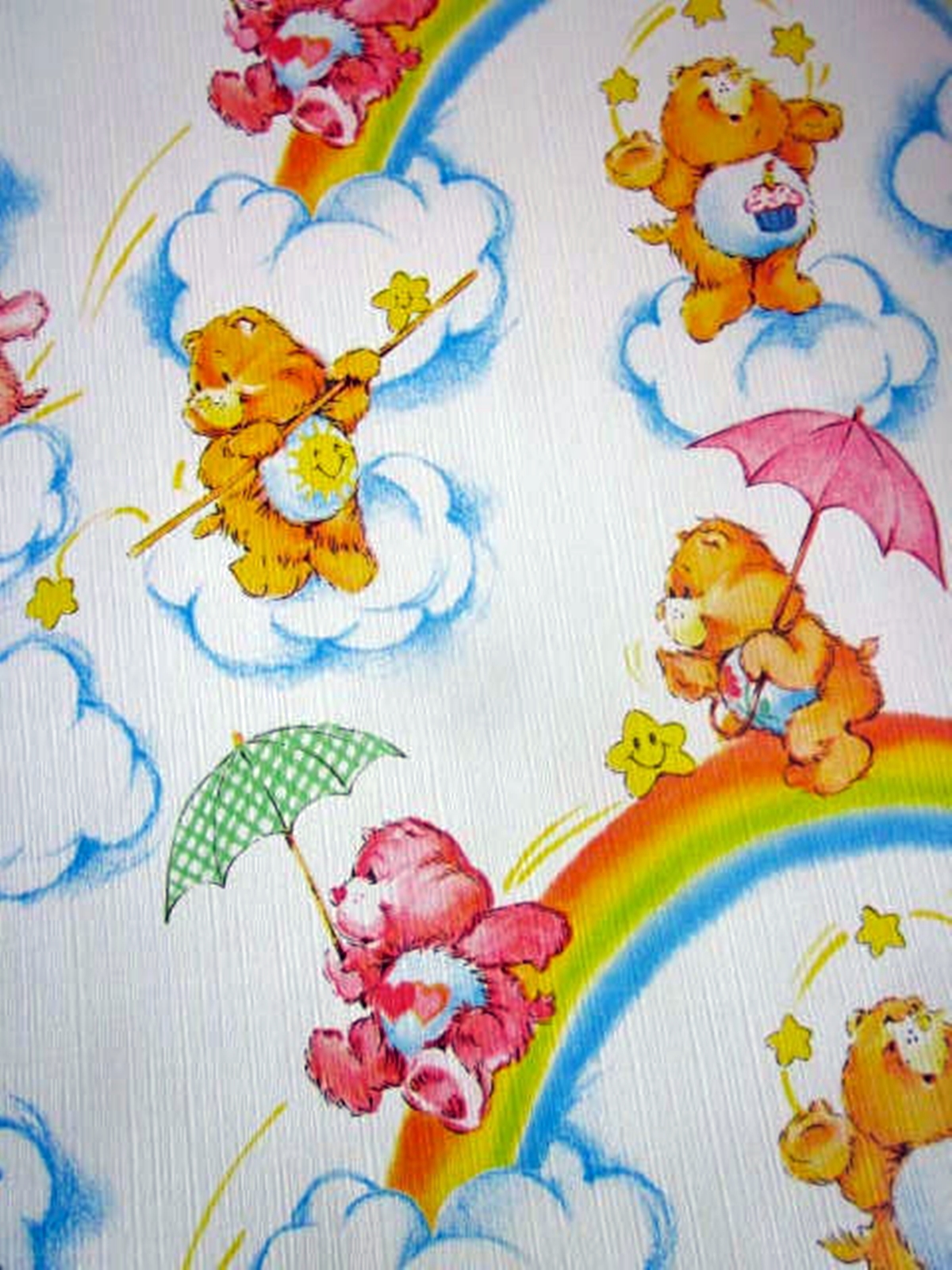 “Far off in a land of magic and fun live the Keypers and the Finders.

Keypers keep treasures locked safely inside, while Finders travel about seeking to find!

Meet each of the Keypers and their new friends, they have special ways to keep your secret treasures safe.”

My sister had one of these and I remember it very well, even down to the funny little character with glasses!

Designed in the shape of animals including a swan, snail and a turtle, the larger versions even came with actual keys to keep your favourite things safe inside.

Like many classic 80s toys, Keypers are now hot property on the collector’s market. 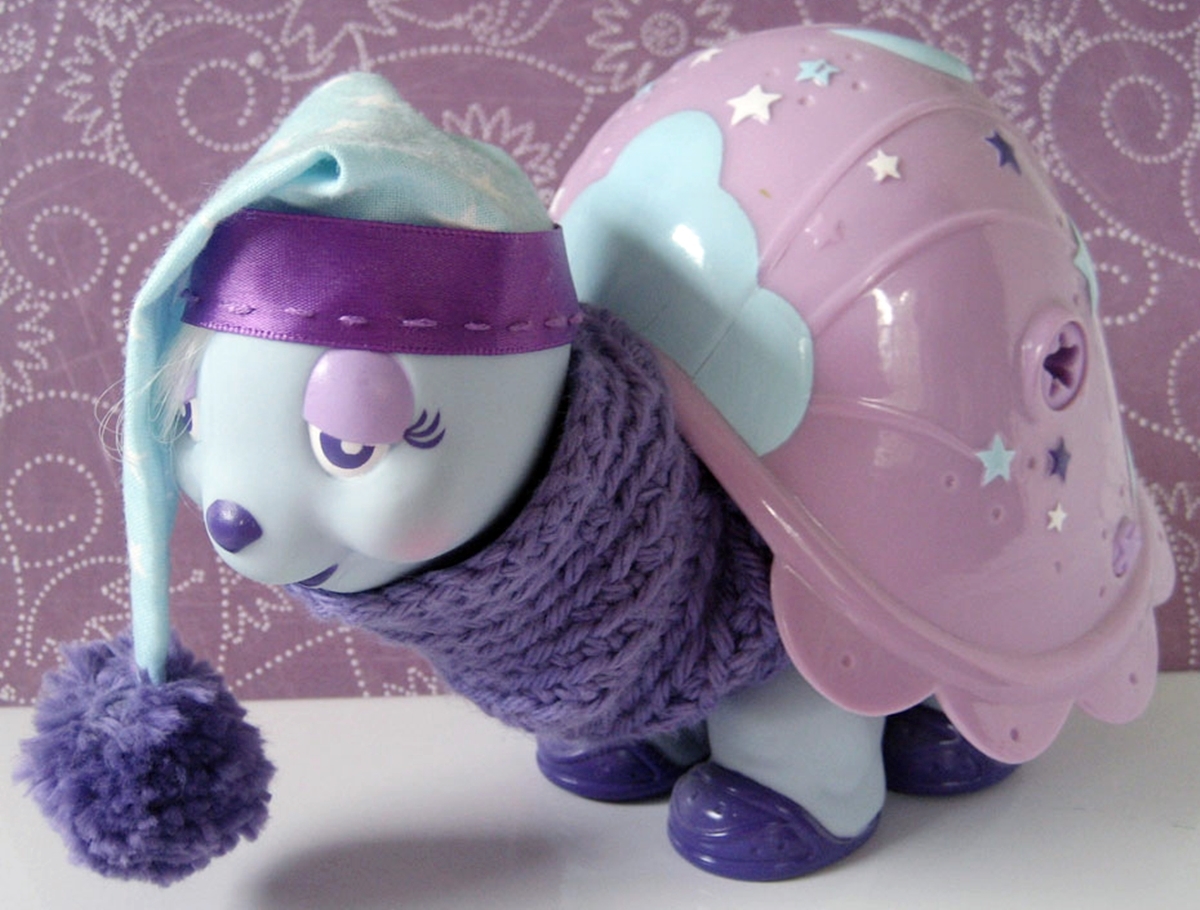 If the earrings weren’t pulling your earlobes down to the floor then they weren’t big enough.

Surprisingly, this trend is back in style once again, with super-sized earrings spotted all over the 2018 catwalks.

Except, this time they’re been given the more flattering name of “statement jewellery.” Which sounds a lot better than “tacky costume jewellery that you got for £3 at Claire’s.” 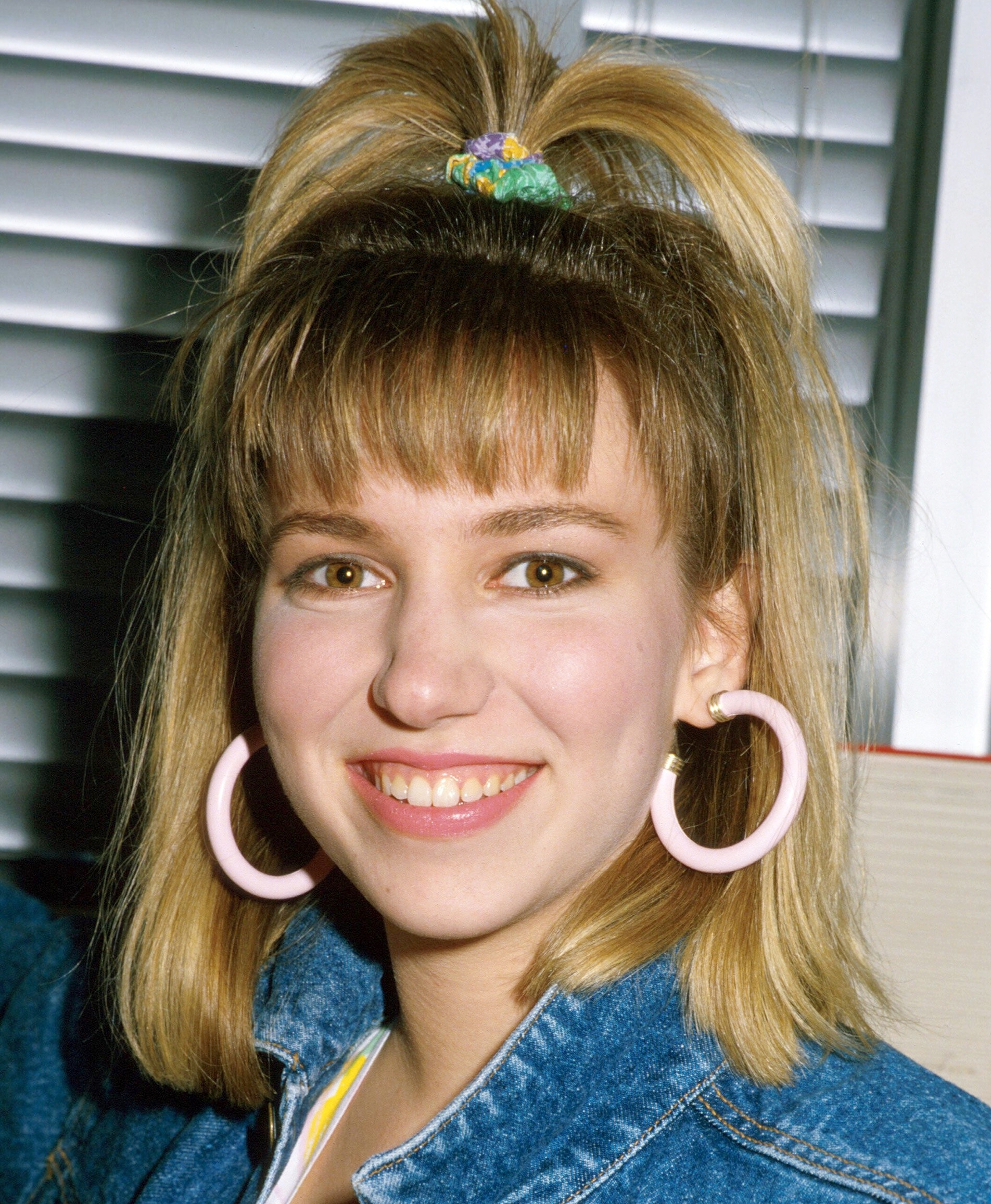 In the advert these lovely worms told us “I bring you sweet dreams, I help you sleep tight. We’re all your good night friends!” and they really were!

Designed by Hasbro’s Playskool division, these plush, pajamaed little guys contained a battery-powered device that would cause them to glow when you squeezed their bodies. There was also a musical version, as well as a series of storybooks, videos and even a night light.

Sadly, in 2005 Glo Worms began to be criticised for supposedly being harmful to kids.

Apparently, the plastic their heads are made from contain phthalates, which are dangerous if swallowed (maybe don’t try and eat them then). 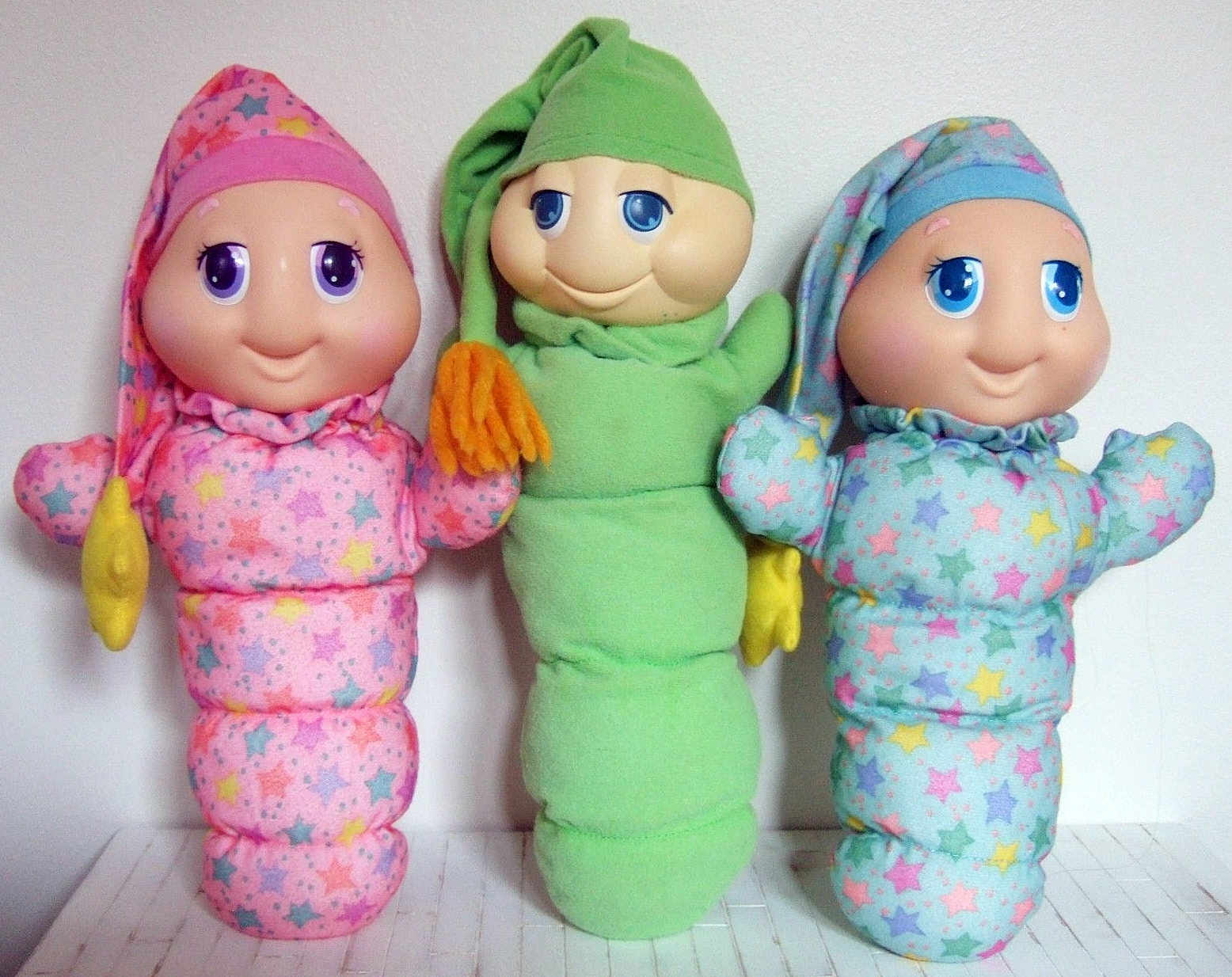 Who was on your bedroom wall? Bros? New Kids on the Block? George Michael? Jason Donovan?

But don’t worry, we all did it. It’s more uncommon to not have been a fan of something truly humiliating as a teenager.

In fact, if you didn’t have an embarassing poster on your wall at some point, you’re probably a very boring human being. 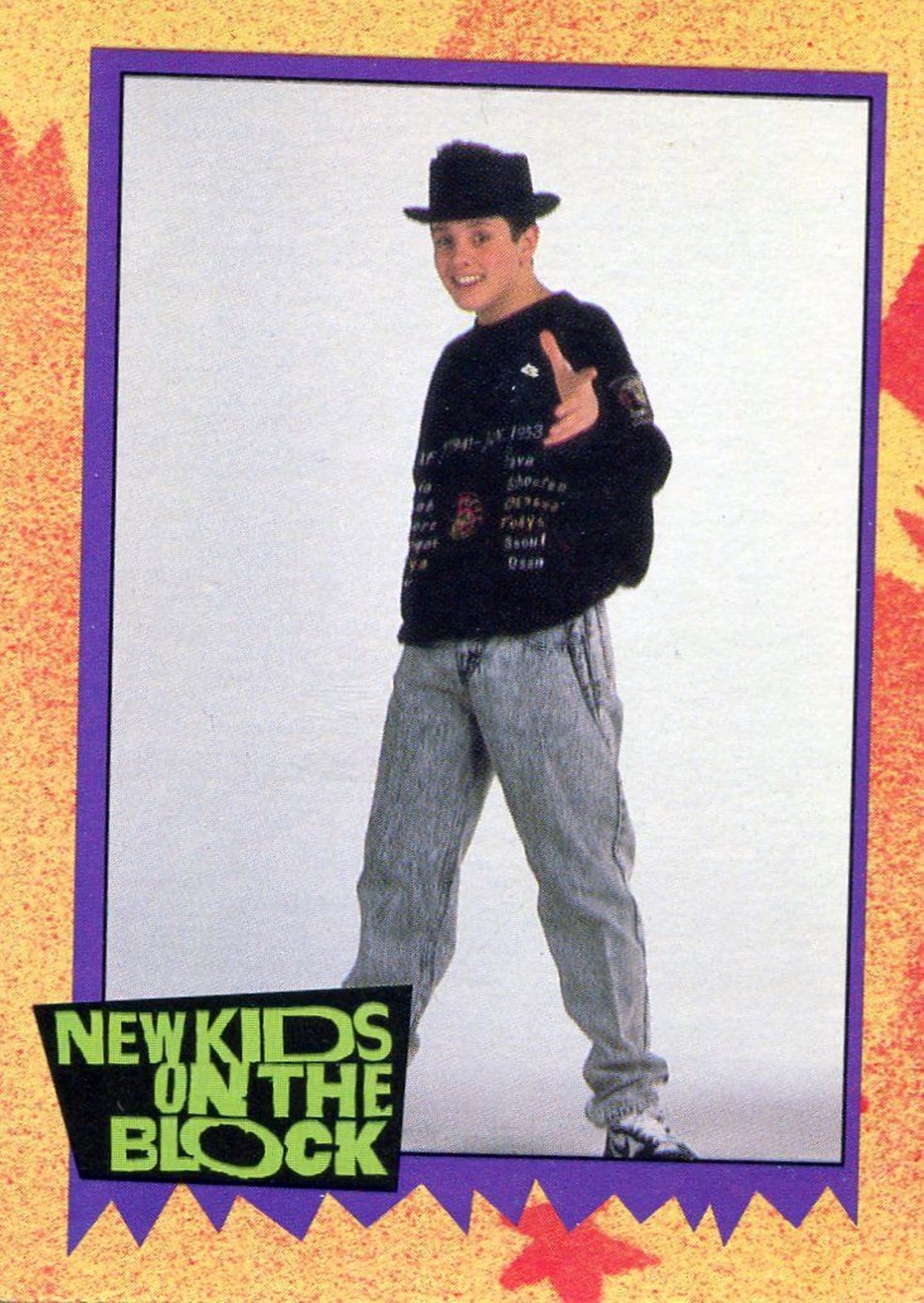 There can’t have been many girls growing up in the 80s who didn’t want a Fashion Wheel.

It set fire to our imaginations, making us believe that were were indeed a famous fashion designer, or could be once we were all grown up (anyone else getting 13 Going on 30 feels here?)

If we got one for Christmas now, we wouldn’t be disappointed. Just think of the outfit inspo. 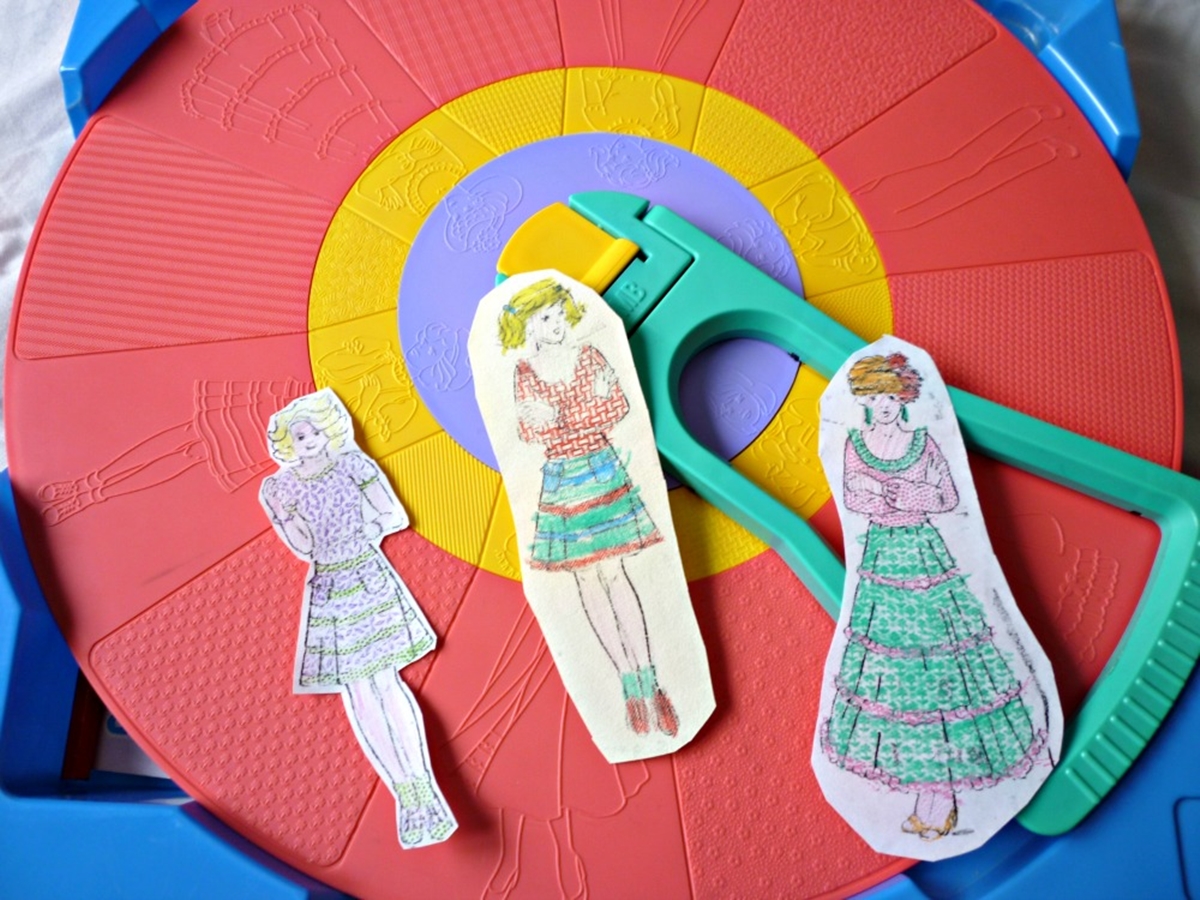 The Worst Witch series of books has sold more than 4 million copies overall, meaning that alot of us are likely to have read it.

And why wouldn’t we, they’re brilliant!

Although she tries hard, Mildred’s clumsiness often gets in the way, and is seen as the worst student in school.

Still, we loved her anyway, and hated that snobby cow Ethel Hallow, a proto-Draco Malfoy in a skirt. 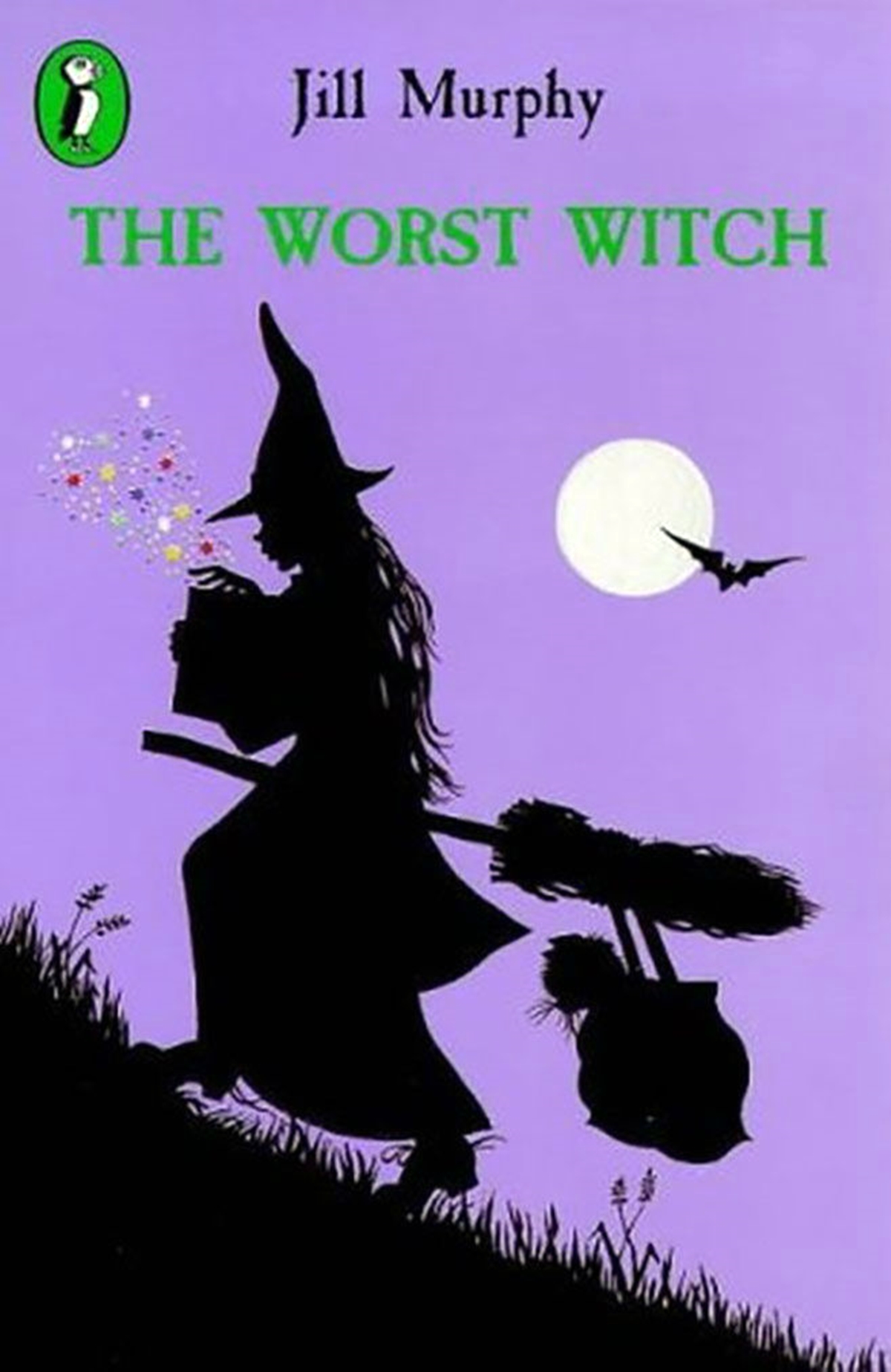 Known in Japan as the Magical Girl Rainbow Brite, she and her furry friend Twink, a horse named Starlight, and the “Colour Kids” go on an adventure to bring colour to a grey and desolate world. There was also something about a baby and a colour belt…

As trippy as it was, we bought into it anyway.

Fun fact: Heather O’Rourke, AKA Carol Anne in the Poltergeist movies, was in the original ad for the doll.

This Chocolate Dispenser was absolute heaven, because for some reason having the Dairy Milk chocolate dispensed made it taste ten times better than if we’d simply been given it to eat!

Every time you popped in a 10p piece, you got a mini bar of chocolate.

It made saving money so much sweeter than a regular piggy bank.

Surprisingly, these retro beauties are still in production, an cost only £13 to buy.

80 Dairy Milk bars come as standard with the purchase, but you can order more when you run out.

Which you will, because Dairy Milk is the King of British confectionary. 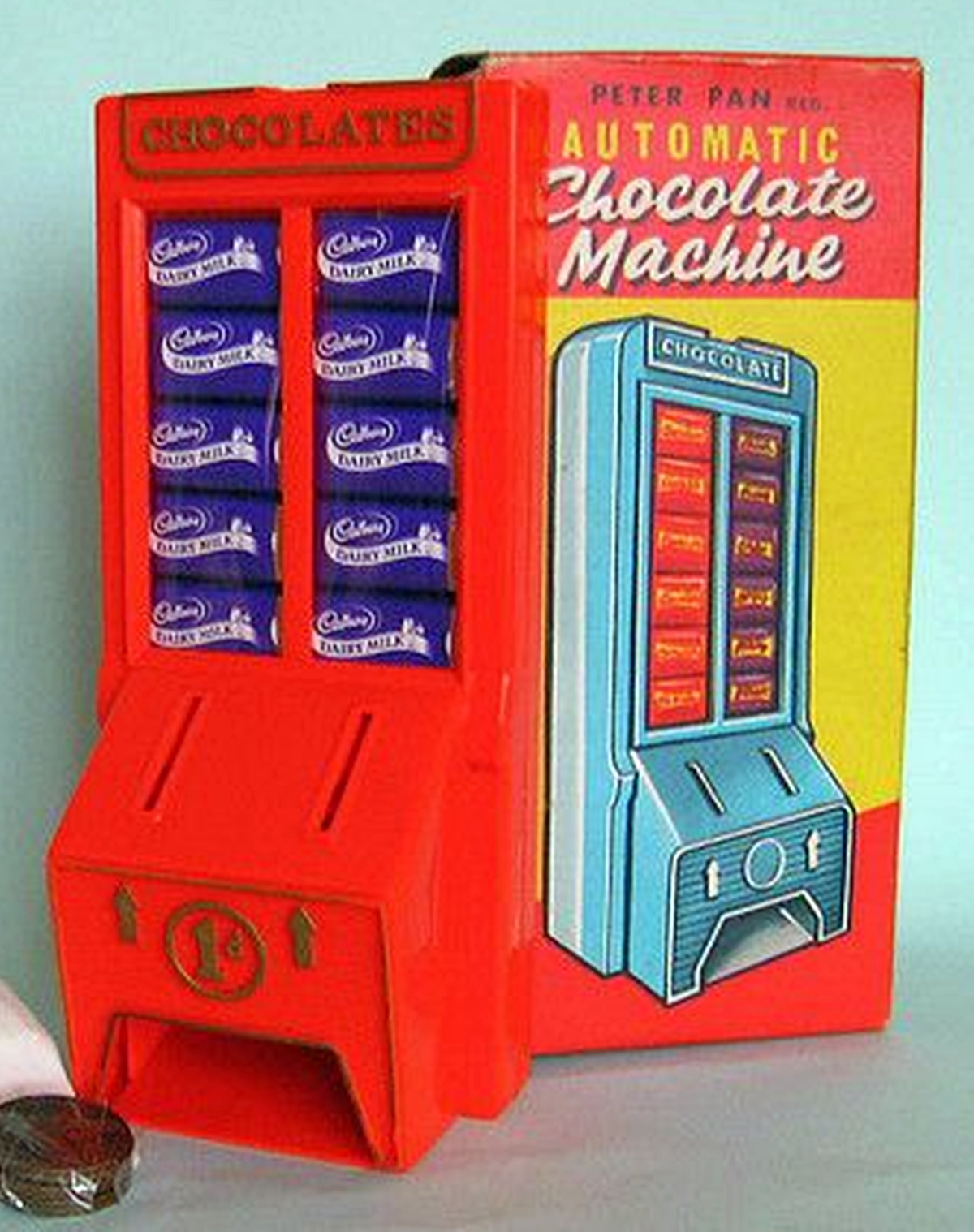 The original portable music player, or at least, the only one that mattered.

Sony Walkman’s are a classic for a reason.

Released in 1979, the Walkman changed the way we listen to music.

We could now listen to tunes while on the move, without having to lug our Boom Boxes around.

It’s thanks to the Walkman that the school bus was bearable, as well as allowing us to listen to embarrassing music without anyone knowing for the first time.

Hard to believe they were almost called “Disco Joggers” – Walkman is just sounds so much cooler.

Did you have one of the fancy Walkmans where you could switch to the other side of the cassette without having to take it out? (Show off) 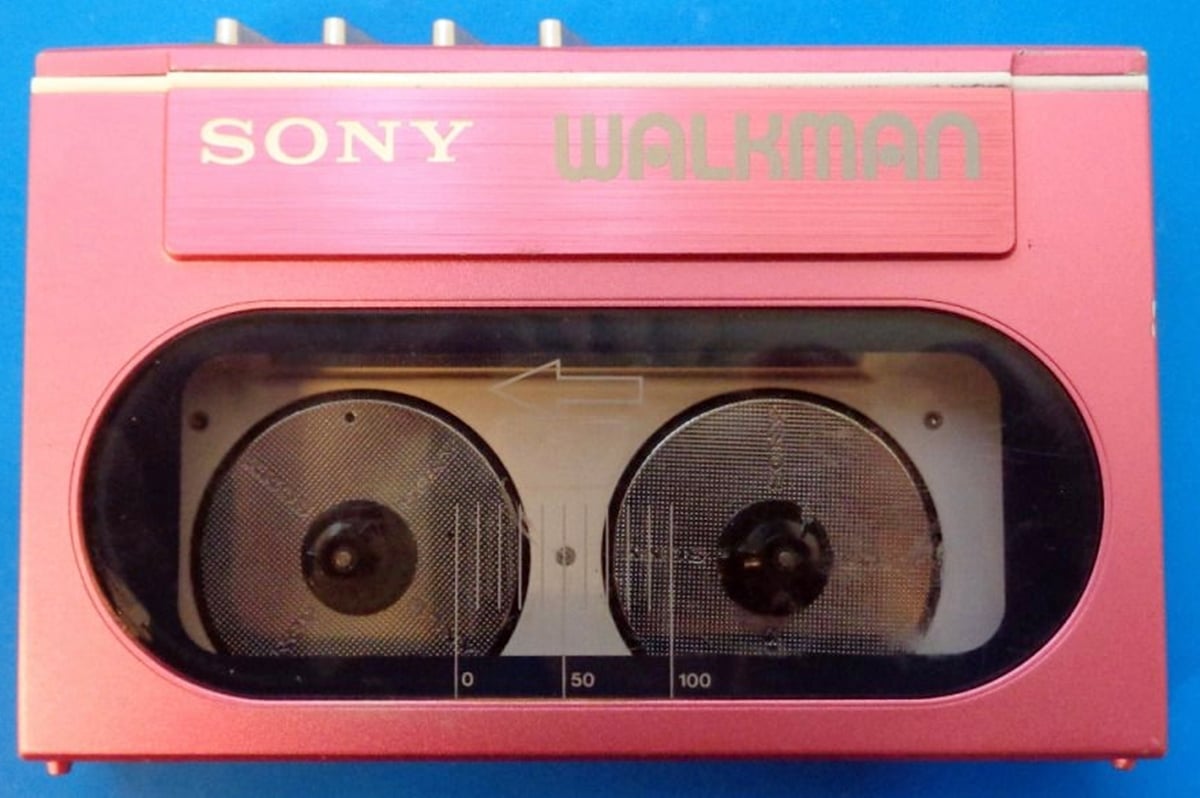 If Strawberry Shortcake wasn’t on your bed then who was?

Scratch that, we don’t want to know, because Strawberry Shortcake is a QUEEN.

Since we couldn’t live in Strawberryland with SS and her cat Custard, the next best thing was to have it on your duvet cover.

You could also get your hands on a line of toys, including the iconic rag doll, and watch the animated series on TV.

In 2016, Strawberry Shortcake was brought by the Iconix Brand Group, who hoped to revive the character through clothing. 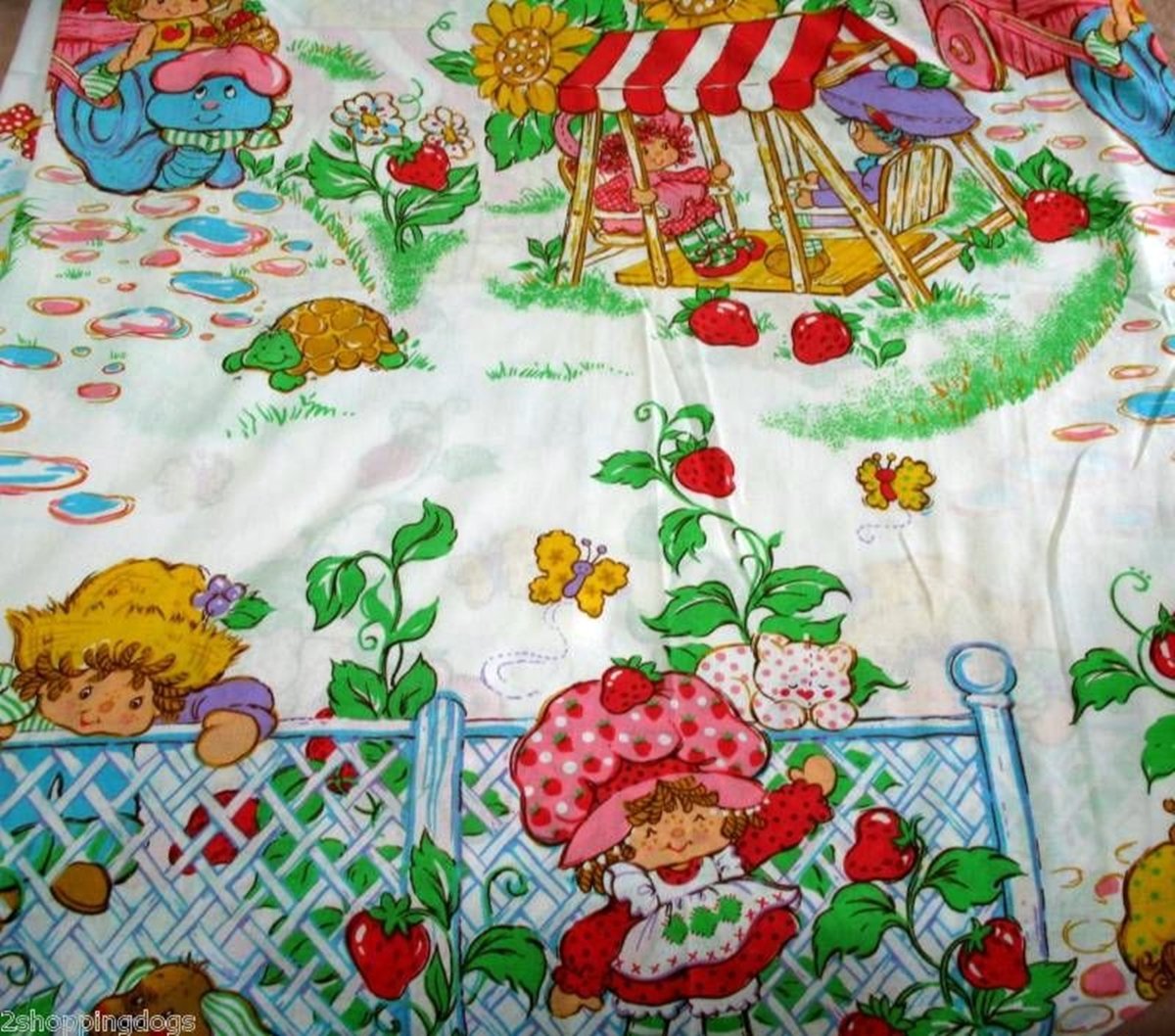 Sixteen Now That’s What I Call Music albums were released in the 1980s.

The first came out in 1983, and featured Duran Duran, Bonnie Tyler, Culture Club, and UB40.

Originally debuting at #7 on the UK albums chart, before climbing to #1 the week after.

It stayed at the #1 spot for the following five weeks, and has been a music fixture every year since.

Which ones did you own? 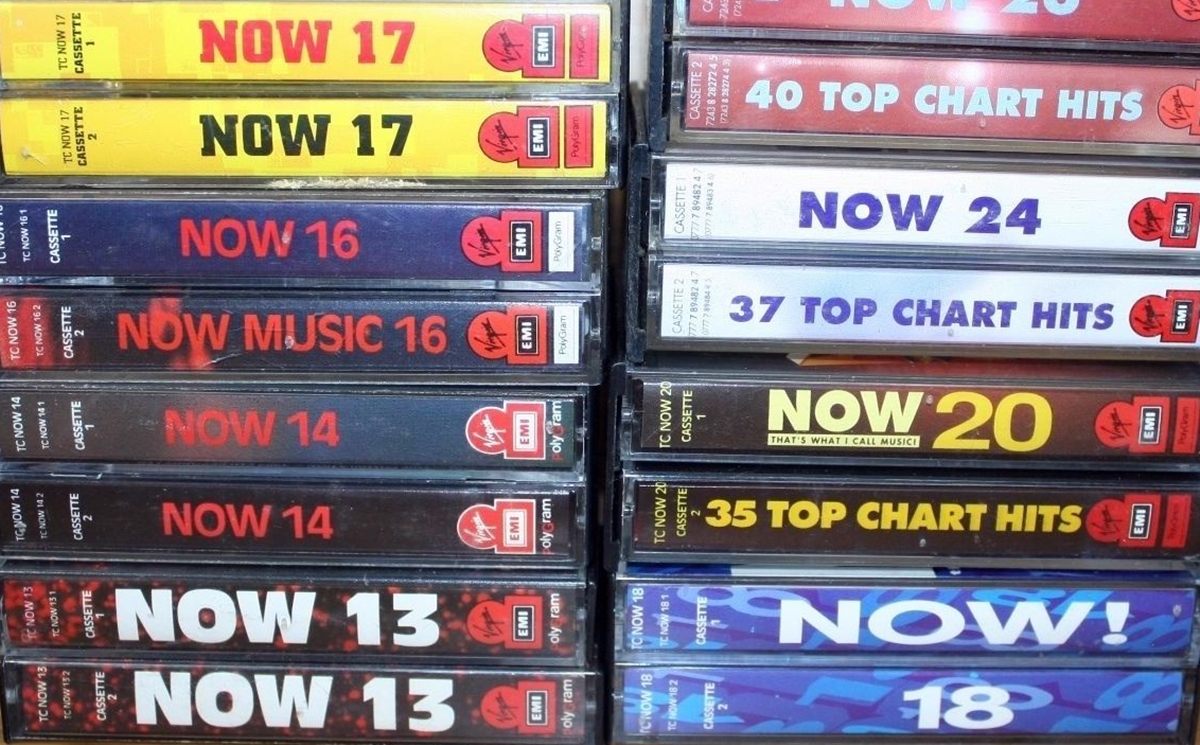 Neon hasn’t really gone anywhere, being of course the outfit of choice for many a hen-do all over the country. Tacky, we know, but we loved it anyway.

Whether it was leg warmers, scrunchies, or just ya know, your entire outfit, neon was where it was at.

Especially if a tutu was also involved.

And it wasn’t just for us ladies, men got in on the game too. Just as Will Smith or Sylvester Stalone.

But lets be honest, it didn’t look good on anyone. 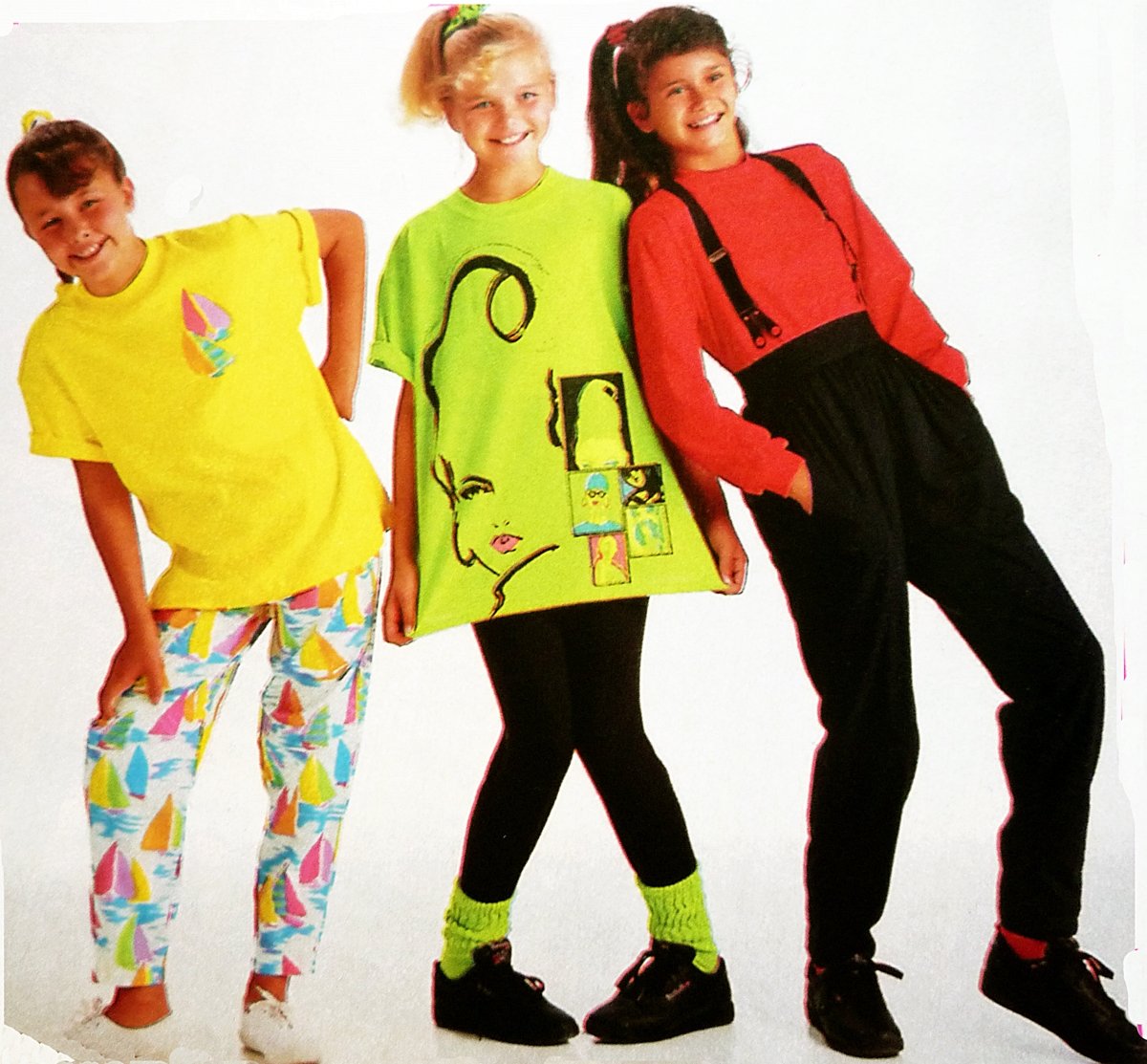 If you have enjoyed reading this post, please do spread some lovely, warm, nostalgic memories to your fellow 80s girls by sharing it with them!