First stepping into the world of showbusiness to appear in adverts for Mattel and McDonald’s, O’Rourke’s big break, arrived when she was spotted by none other than Steven Spielberg while she was visiting MGM Studios with mother Kathleen and her actor sister in the early 1980s. 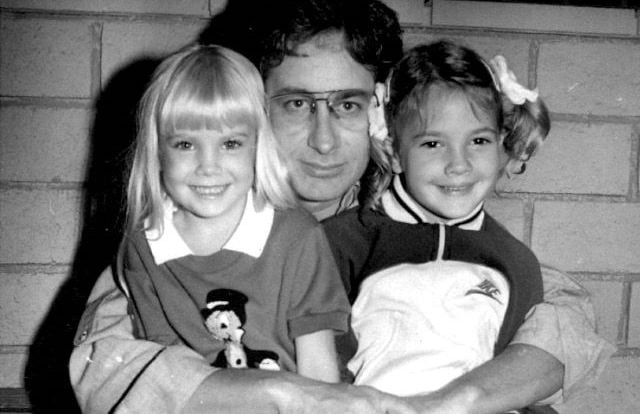 As it would turn out, Spielberg was at the time casting for his new horror film – tentatively entitled Poltergeist.

The Jaws and Close Encounters of the Third Kind director would ask O’Rourke to try out for a role: Carol Anne, the youngest member of Poltergeist’s besieged Freeling family.

After a number of auditions, O’Rourke would win the part, beating out Drew Barrymore (who would, of course, go on to star in Spielberg’s other 1982 film, E.T. the Extra-Terrestrial).

After Poltergeist proved a hit, O’Rourke, still only 7, set out on a path to stardom. She took roles in Happy Days and alongside rising star River Phoenix in the movie Surviving: A Family In Crisis.

Naturally, after the first movie proved such a success, two Poltergeist sequels followed.

O’Rourke, in short, was getting the kind of star roles that actors three times her age would dream of. Big things beckoned.

Unfortunately, O’Rourke’s fame was to be short-lived, and the young actress tragically wouldn’t even reach her teens. 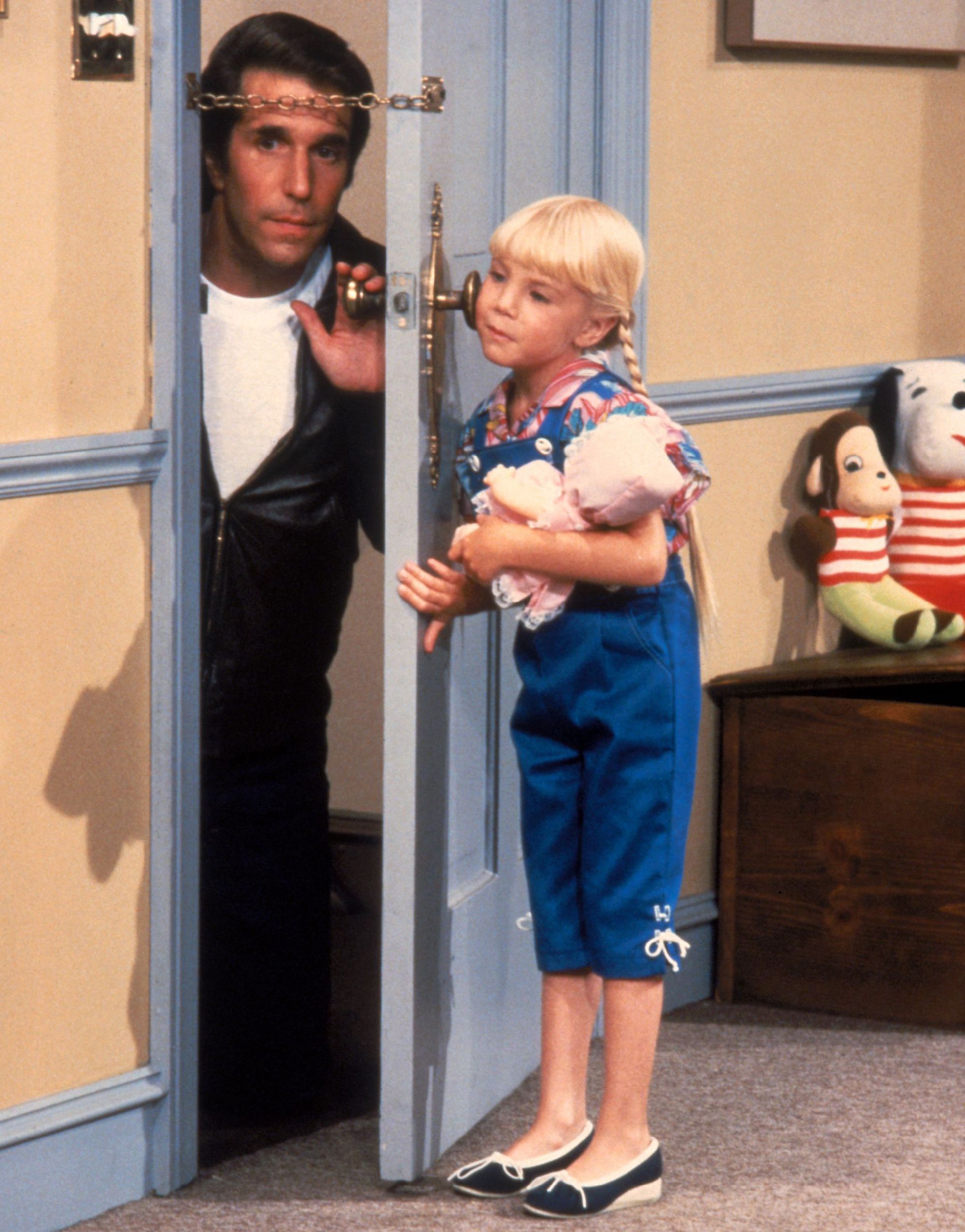 After Dominique Dunne, who played sister to O’Rourke in Poltergeist, was murdered by her boyfriend in 1982, O’Rourke would go on to meet her own untimely end.

Misdiagnosed as having Crohn’s disease in 1987, O’Rourke became seriously ill during the production of Poltergeist III, before ultimately dying in early 1988 of a cardiac arrest.

The post-mortem revealed the heart failure was caused by septic shock brought on by intestinal stenosis. She was 12-years-old.

With the film completed using a stand-in for O’Rourke’s remaining scenes, Poltergeist III would eventually be released four months later. 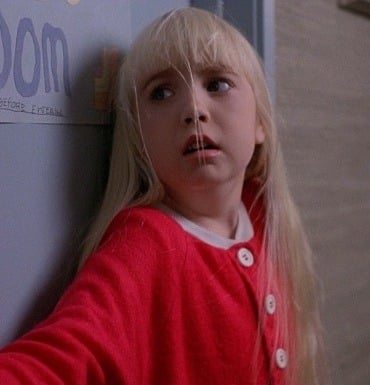 O’Rourke’s final film would be dedicated to her memory, while The Heather O’Rourke Forest Conversation would later be set up to promote conservation of America’s national forests in the actress’ name.

In tribute to O’Rourke, we take a look back at eight other child stars of classic horrors, and catch up with where they are now. 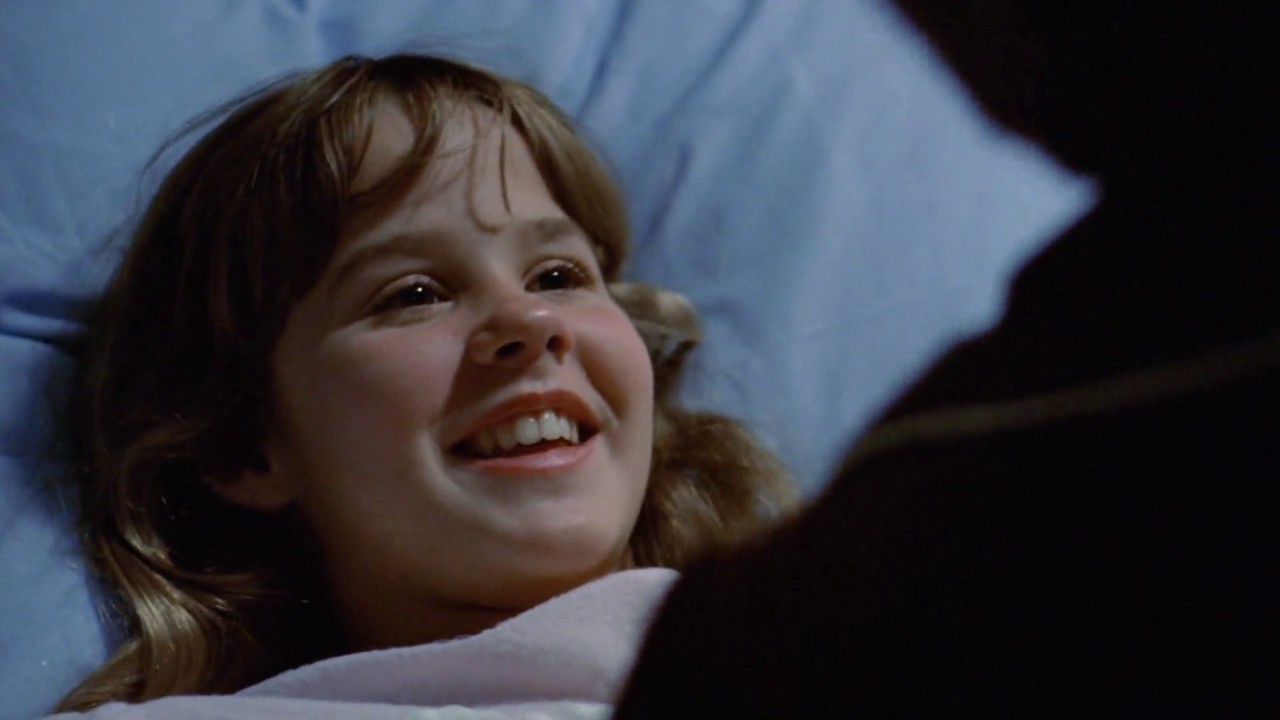 At the age of just 14, Linda Blair already had a Golden Globe win and an Oscar nomination to her name, for playing the demonically possessed Regan in William Friedkin’s 1973 horror masterpiece, The Exorcist.

It was a career headstart that most actors could only dream of. Now 59, Blair has since her Exorcist days become an animal rights activist and written books on veganism, though she took a rocky road to get there. 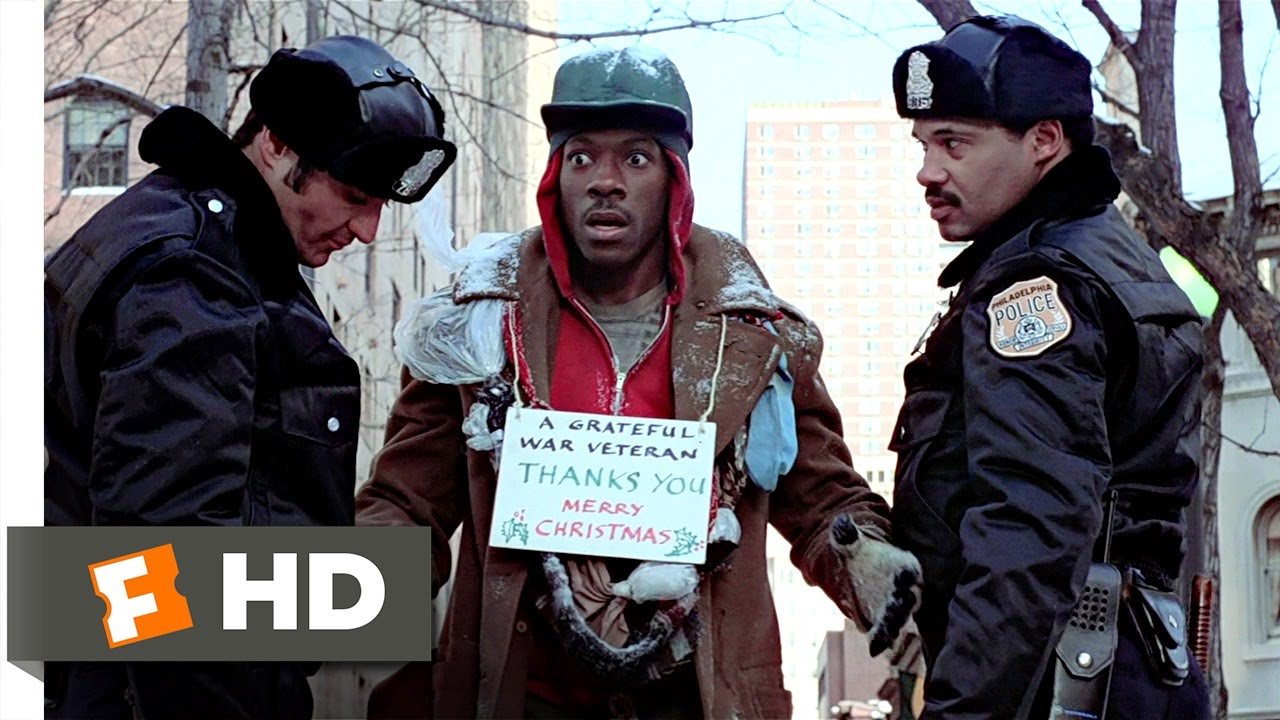 At the end of the 70s, Blair was caught up in a drugs bust, and found herself charged with possession of cocaine, which would leave her movie career in tatters.

Today, though, Blair can be seen back on (small) screens promoting her Linda Blair WorldHeart Foundation, which focuses on animal rescue. 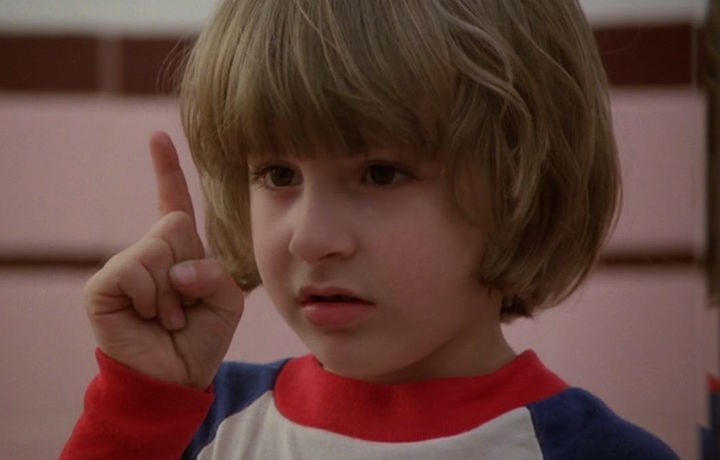 Danny Lloyd was just 6-years-old when he was cast as a boy psychic in Stanley Kubrick’s chilling Stephen King adaptation, The Shining.

Lloyd was so young, in fact, that director Kubrick shielded the child actor from the film’s subject matter so that he never even knew he was making a horror movie. 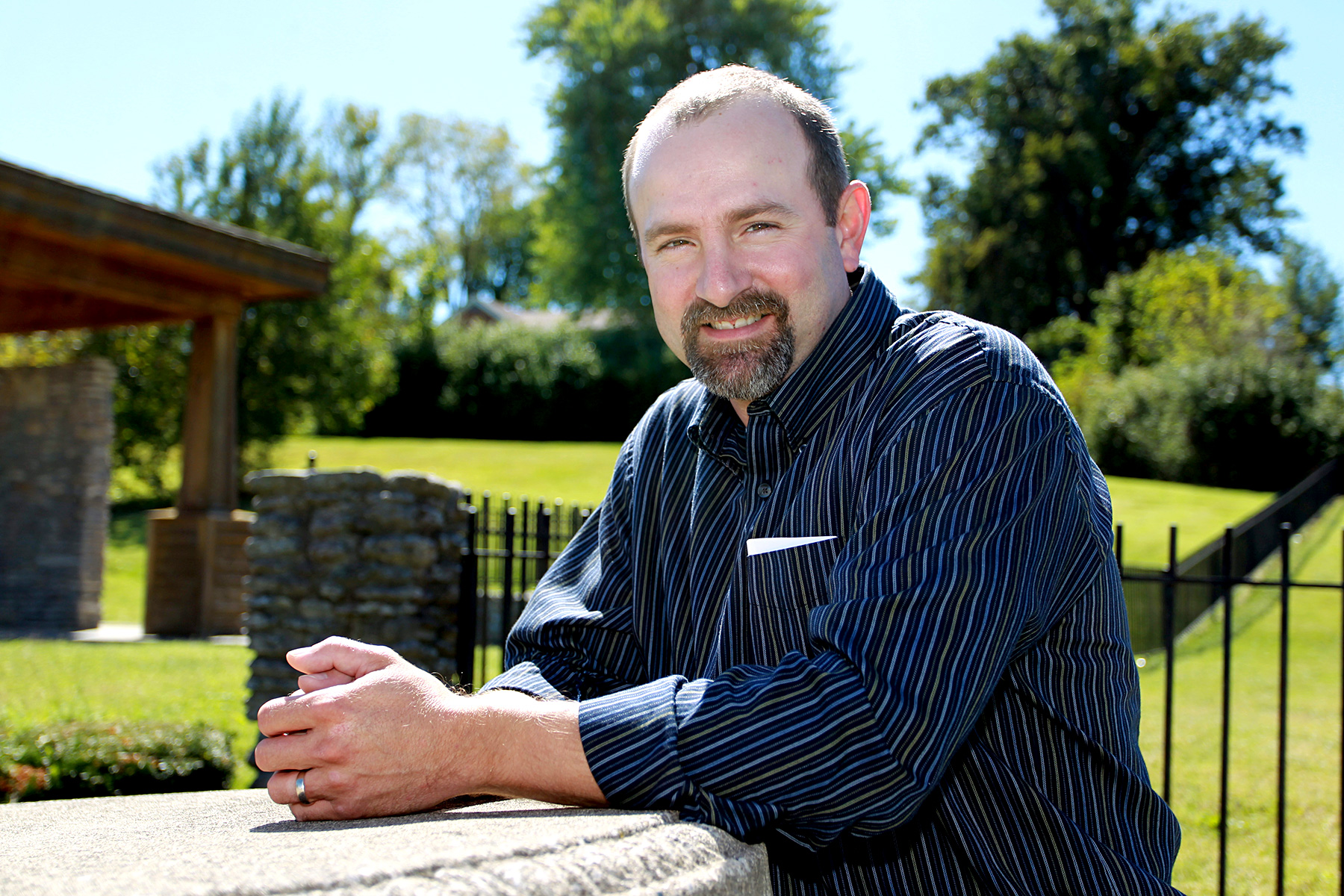 Now 45, Lloyd retired from acting long ago, making his second and last appearance in the TV movie Will: G. Gordon Liddy in 1982.

Lloyd has since those early days worked his way into the field of education, and is now a biology professor in Kentucky.

Lisa and Louise Burns, The Shining 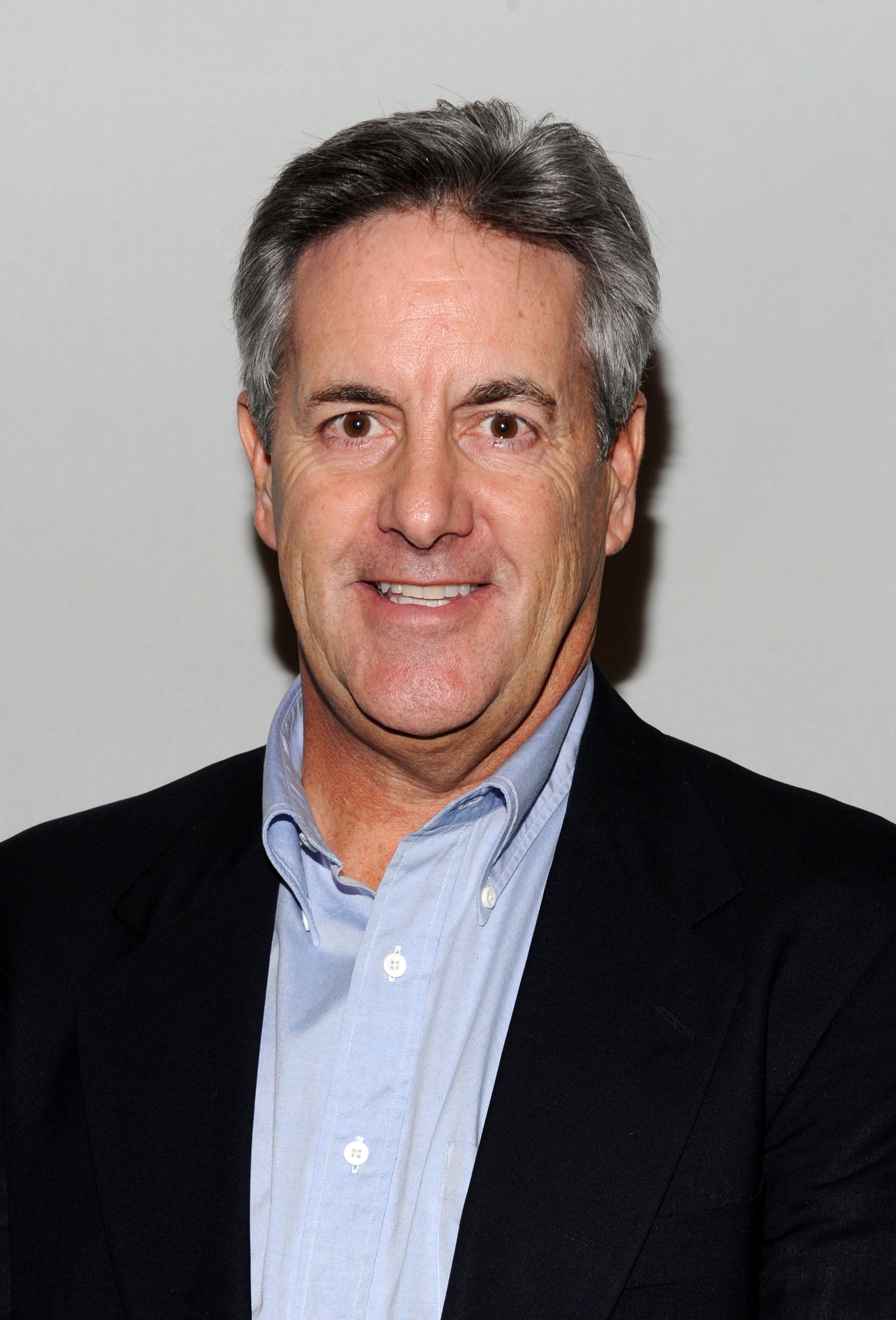 In their almost wordless roles as the Grady twins, the two murdered sisters who haunt The Shining‘s Overlook Hotel, Lisa and Louise Burns terrified an entire generation of moviegoers. The Burns sisters were both aged just 10 when they were hired to star in the film. 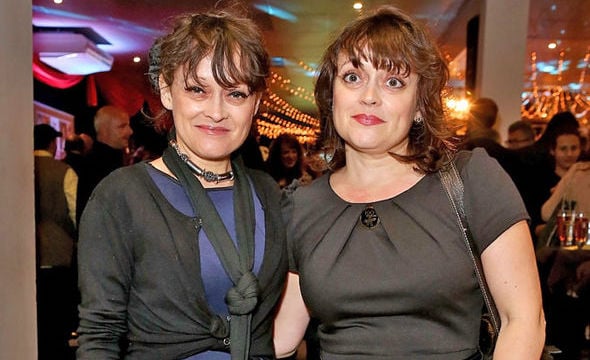 Today, aged 50, the two sisters have like fellow Shining actor Danny Lloyd left Hollywood far behind. While Lisa is a lawyer, Louise is a published scientist, and neither has acted since The Shining. 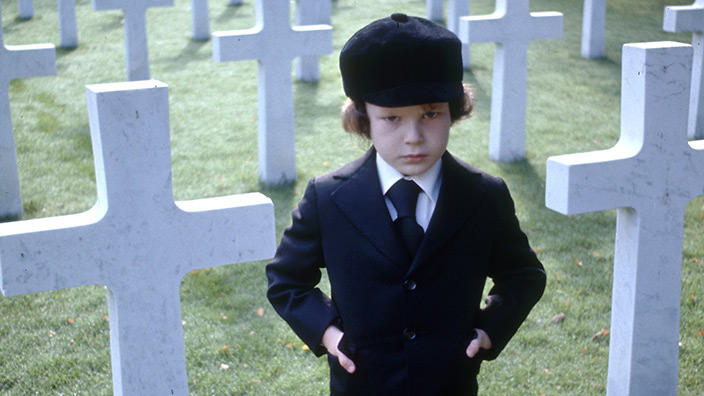 Cast aged just four to take the title role in Richard Donner’s The Omen, Harvey Spencer Stephens so impressed in his debut performance that he was nominated for a Golden Globe. 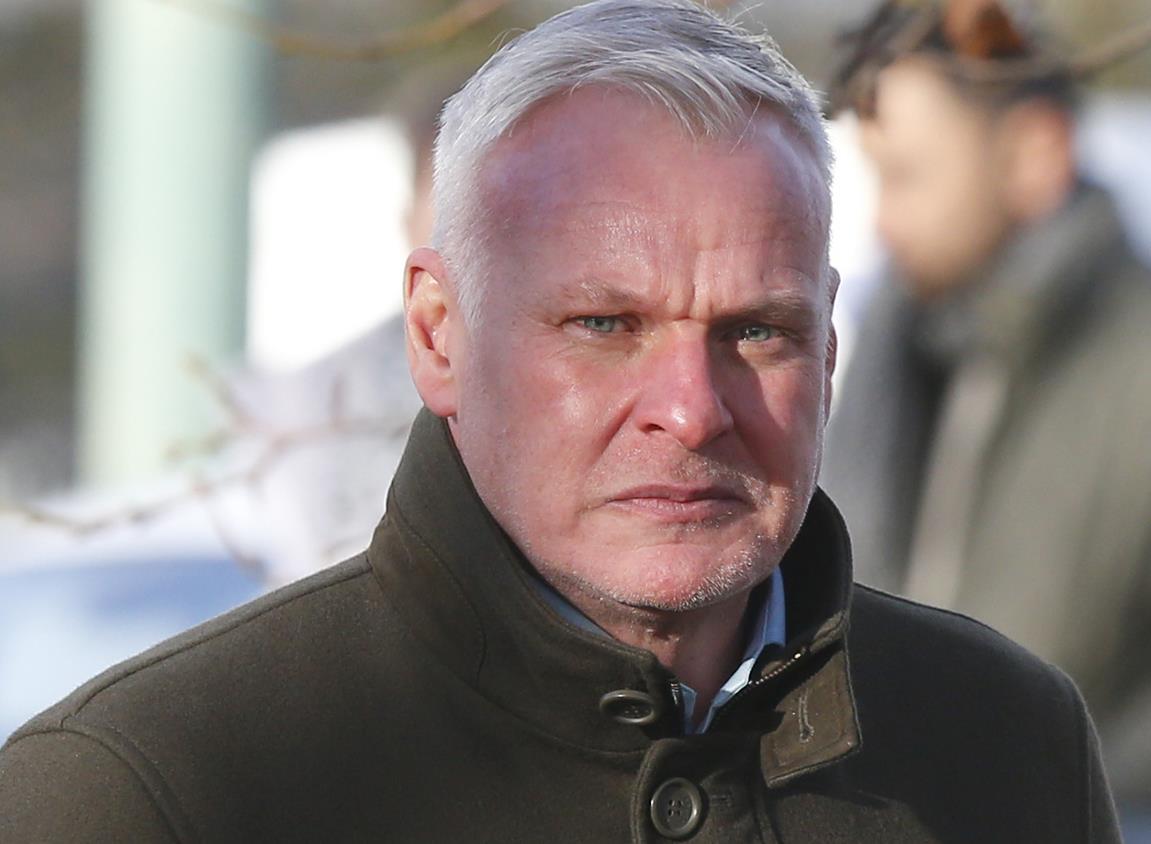 Since then, Stephens has become a property developer, while his most notable appearance in the public domain post-Omen has been on the news: In 2017, Stephens was handed a suspended prison sentence for attacking two cyclists in his local Kent in a road-rage incident. 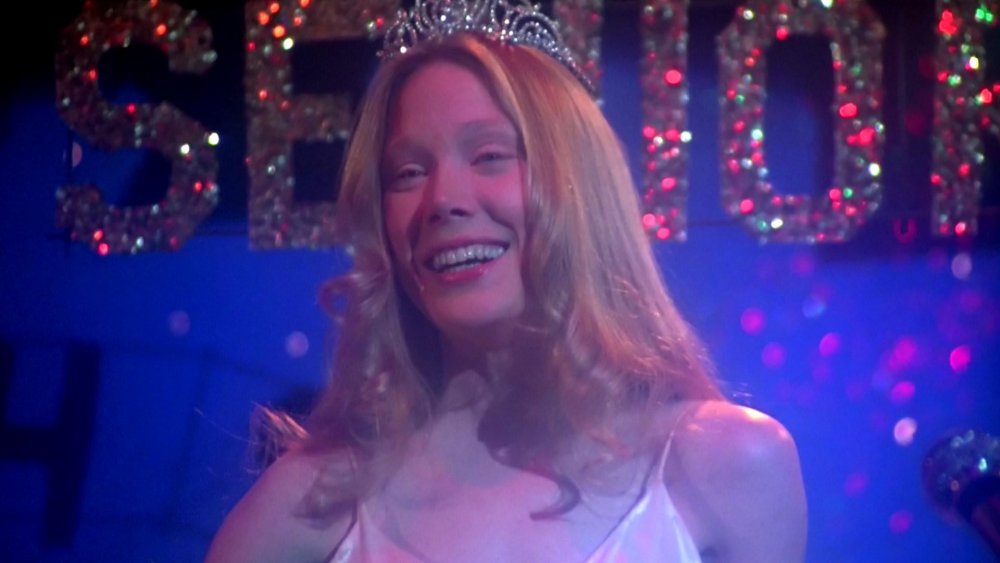 Though she played a 16-year-old in the film, Sissy Spacek was a decade older than that when she took the title in Brian De Palma’s Carrie.

Still, audiences as well as critics were suitably convinced, with the film playing well in theatres and Spacek finding herself nominated for Best Actress at the Academy Awards. 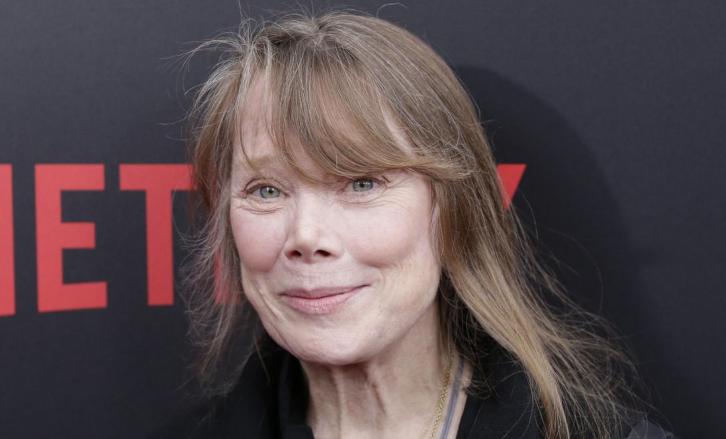 Since Carrie, Spacek has gone on to have an illustrious career in the industry, starring in acclaimed dramas and box office hits alike. She won an Oscar in 1981 for The Coal Miner’s Daughter. 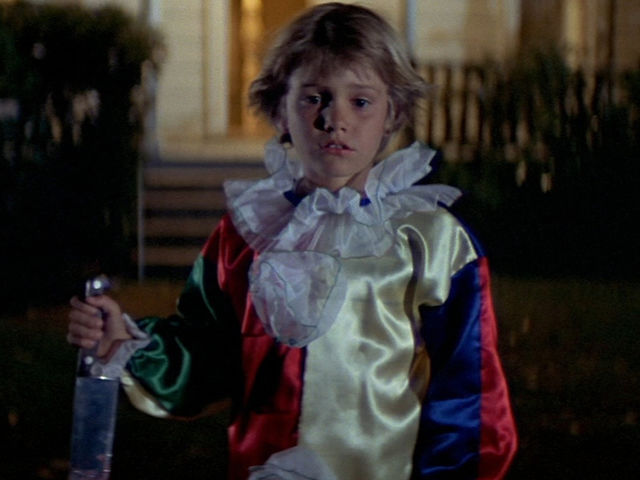 At the tender age of 10-years-old, Will Sandin bagged the coveted role of the young Michael Myers in Halloween, John Carpenter’s ground-zero slasher movie from 1978. 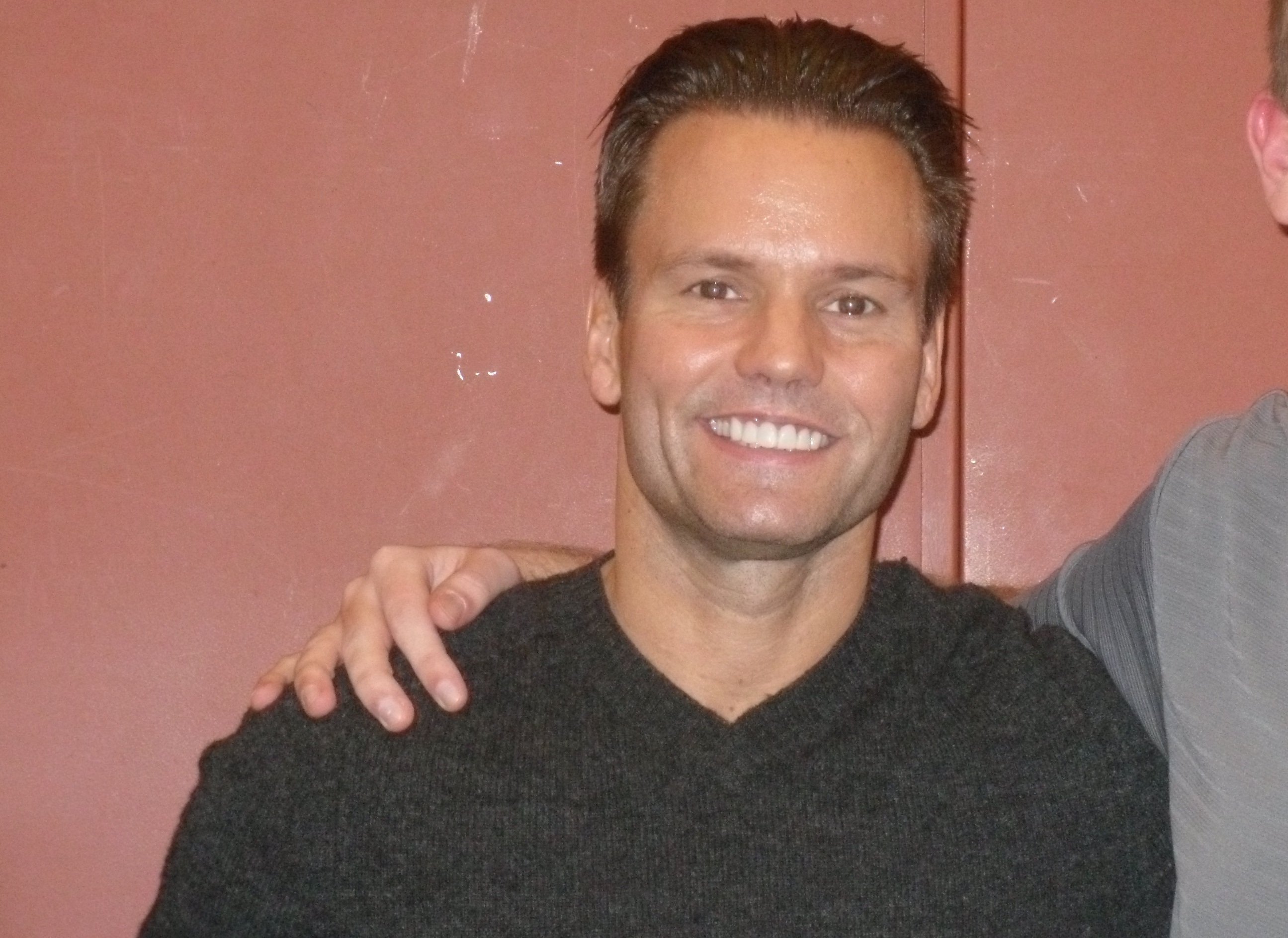 Though Sandin only appeared for around 30 seconds in Halloween, he’s been reaping the rewards of his big moment ever since.

Now 49, Sandin can occasionally be found making appearances at horror conventions, participating in cast Q&As and signing autographs as a representative of the Halloween franchise. 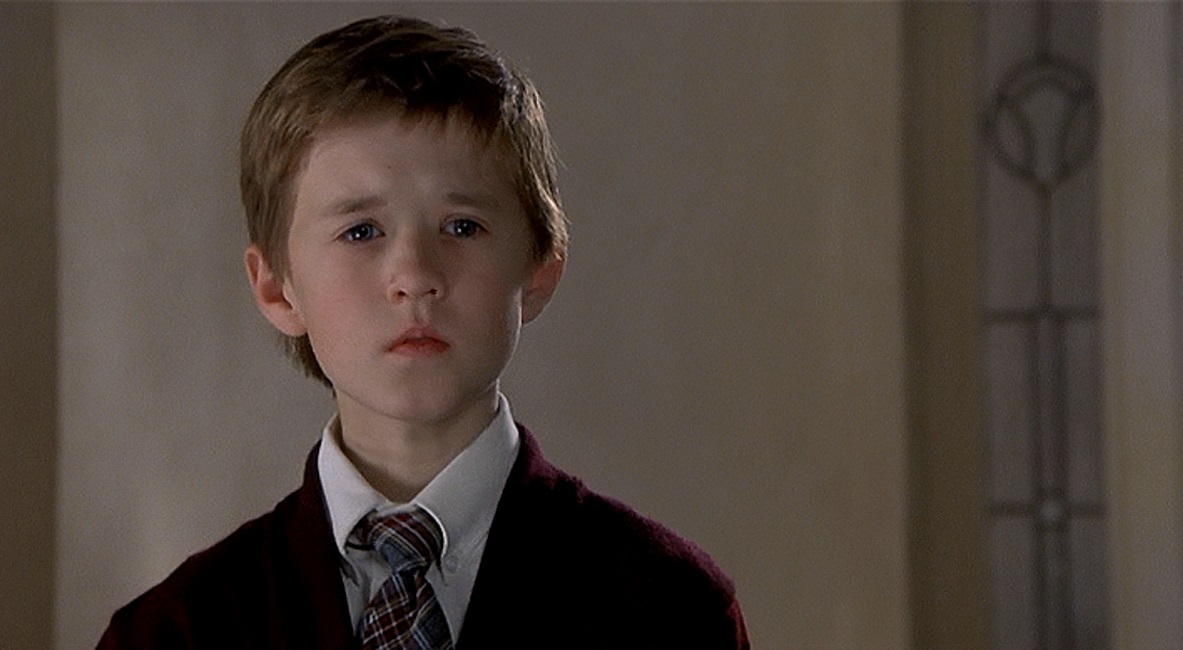 For a brief time, Haley Joel Osment looked like a next big thing, making standout appearances in Forrest Gump, Secondhand Lions and AI. 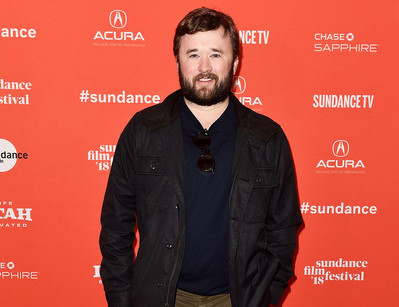 Osment didn’t manage to maintain that early level of success – he received an Oscar nom for Sense, then dropped off the radar only a few years later – but he has continued to act sporadically, and is now landing progressively bigger roles. He turned 30 this year.