Since the show began in 2009, Modern Family has been quietly smashing assumptions about the TV sitcom.

Only a decade ago, a mainstream US show featuring an interracial partnership and a gay married couple who adopt seemed revolutionary. 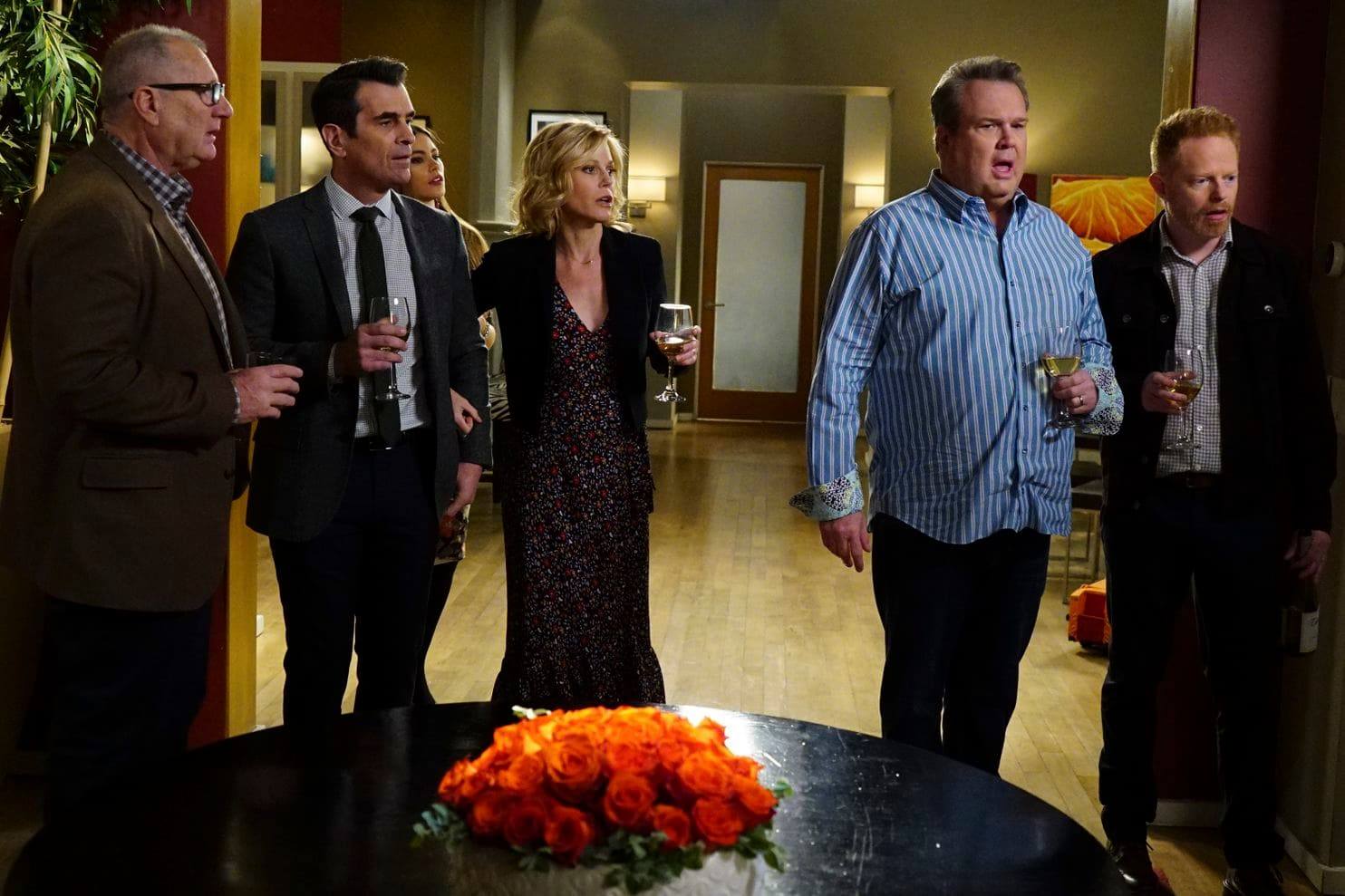 Nowadays, after ten years of the TV landscape shifting dramatically, Modern Family doesn’t seem so unusual anymore – it seems like the norm.

Modern Family aired its 11th and final season in 2019, but the show’s legacy will last much longer.

Here are ten things you never knew about one of the biggest American comedies of recent times.

10. The show originally featured a Dutch filmmaker character shooting a documentary about the families 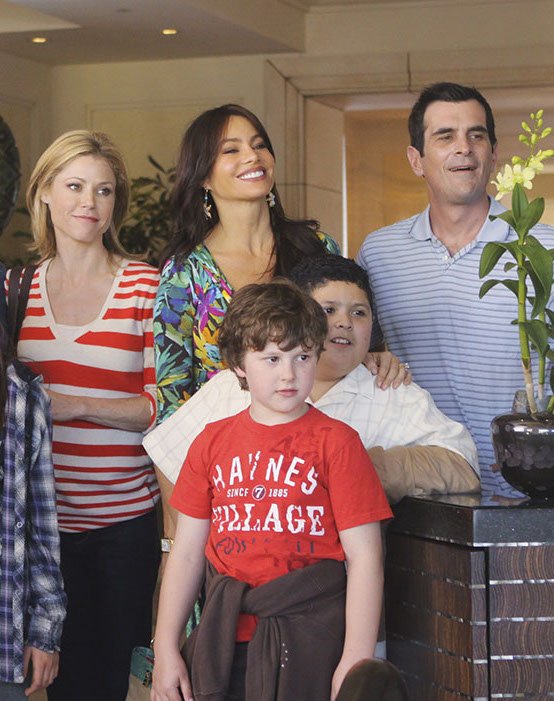 Modern Family isn’t made in a mockumentary style simply because that was the fashion when the show started in 2009.

Originally, there was a reason for the documentary format: the series was to be shot like a real documentary, filmed by a Dutch filmmaker character named Geert Floorjte. 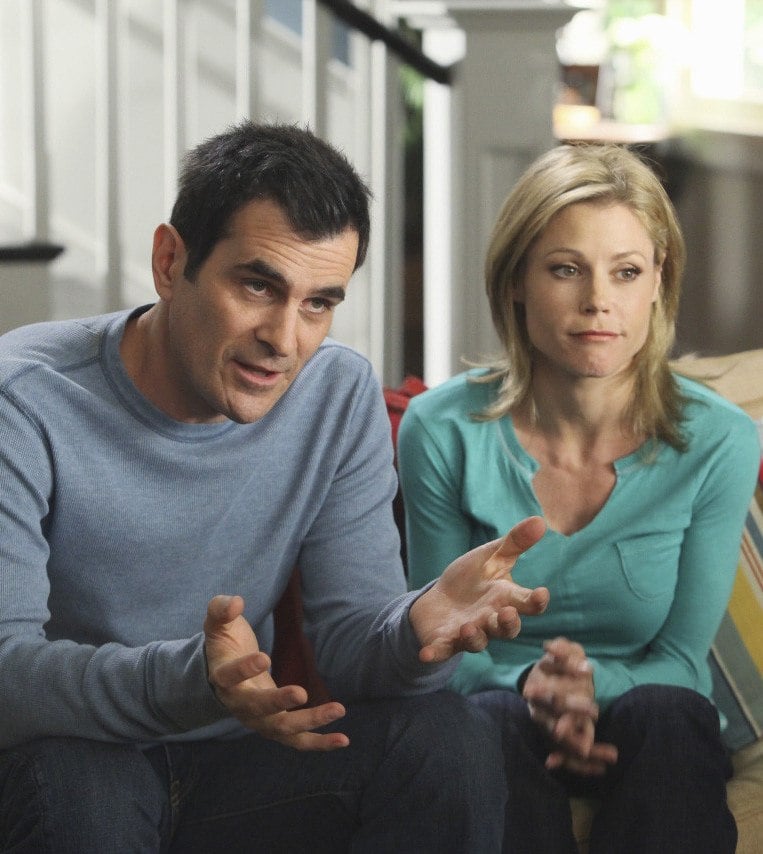 Ultimately, the producers decided the character was unnecessary and removed him from the story. They still decided to keep the mockumentary style, though.

9. Julie Bowen is 8 1/2 months pregnant in the first episode 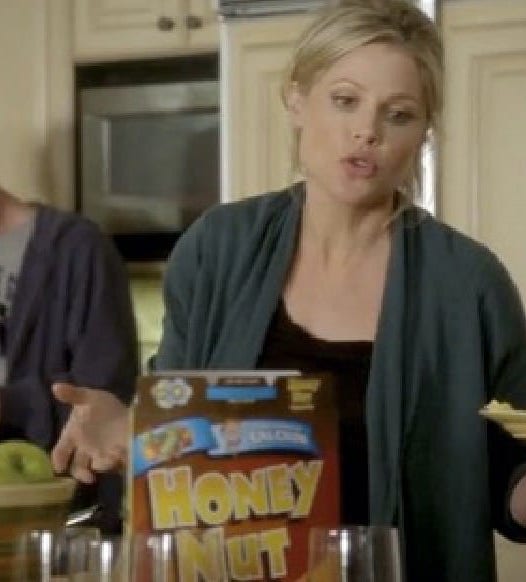 When they shot the Modern Family pilot back in early 2009, Julie Bowen was 8 1/2 months pregnant with twins.

However Claire Dunphy, who Bowen plays on the show, was very much not pregnant. The producers had no choice but to shoot around it. 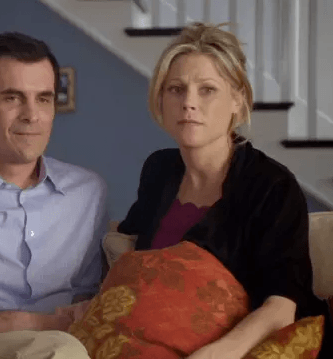 8. Lily used to be played by twins 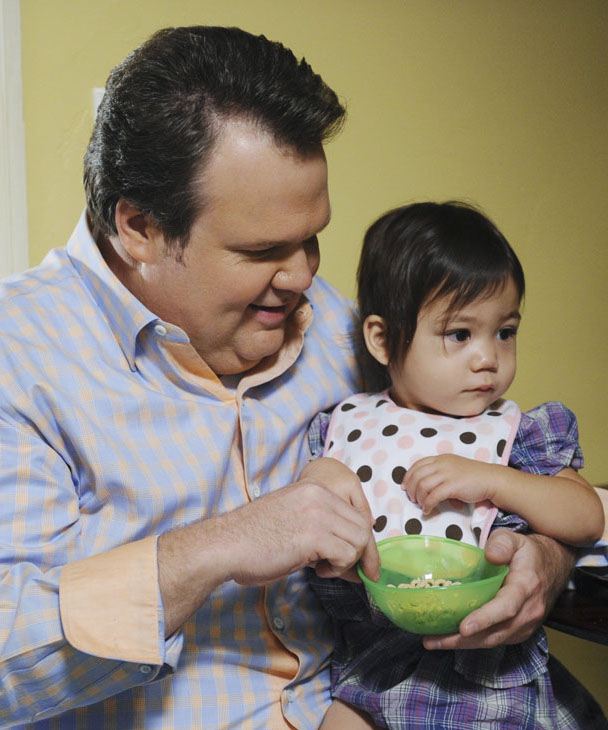 Since season 3, Lily Tucker-Pritchett has been played by Aubrey Anderson-Emmons.

Back when she was still a baby, however, Lily was not one person, but two, with twin girls playing the character in seasons 1 and 2. 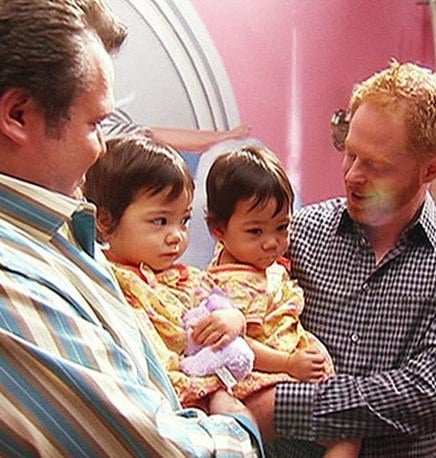 According to Michelle Hiller, mother of Jaden and Ella Hiller, the twins disliked playing Lily so much that they declined to return for season 3.

7. Eric Stonestreet used to perform as Fizbo the clown at children’s birthday parties 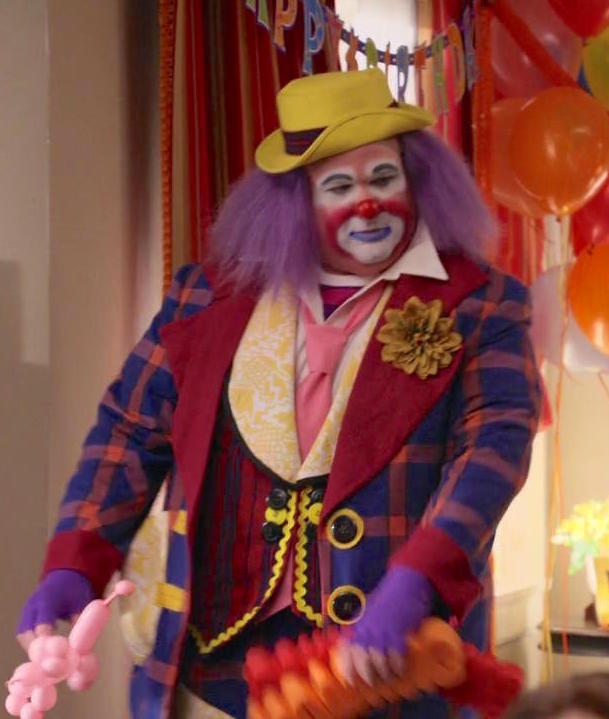 Fizbo, Cam’s clown alter ego who appears throughout Modern Family to Mitchell’s annoyance, isn’t just an invention of the show.

Eric Stonestreet, who plays Cam on the show, came up with the character of Fizbo the clown all by himself – when he was nine. 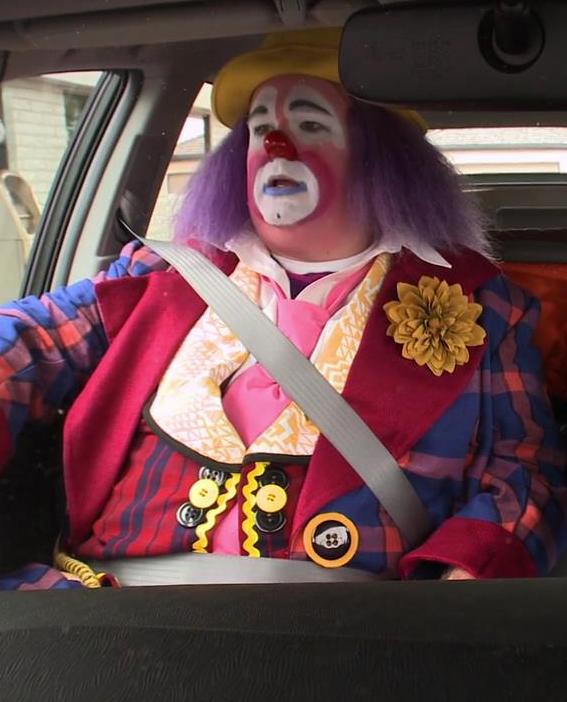 From age 11, Stonestreet – whose childhood aspiration was to be a professional clown – performed at children’s birthday parties as Fizbo. He doesn’t remember where the name came from.

6. Ed O’Neill has been reading the exact same newspaper since Married with Children 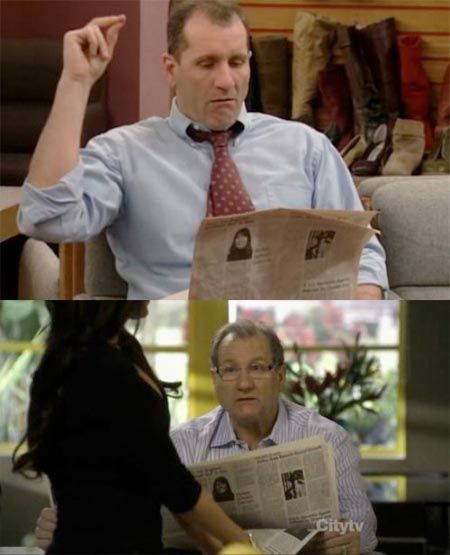 If you take a closer look at Jay’s reading material on Modern Family, you’ll see that he’s been stuck reading the same newspaper for some time.

As a matter of fact, eagle-eyed viewers have noticed that Jay actor Ed O’Neill has been reading the exact same edition for over 20 years. 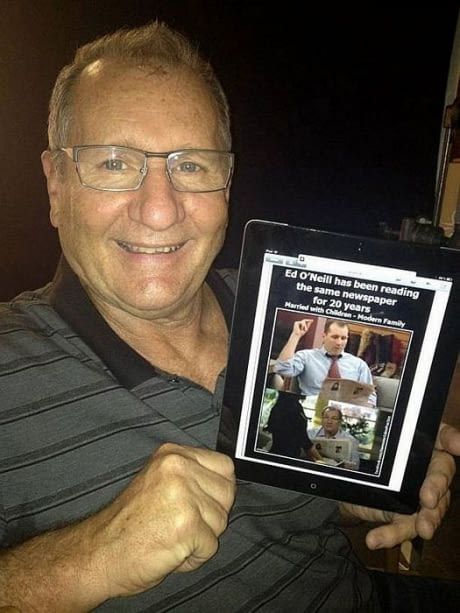 After internet detectives highlighted two photos showing O’Neill reading the same rag on both Modern Family and Married with Children – a show that ended 22 years ago – it was revealed that the specific newspaper is common across all manner of films and TV shows.

This is because of copyright issues: the rights to that particular paper were cleared decades ago, and props departments have been using (and reusing) it ever since.

5. Luke is secretly a genius 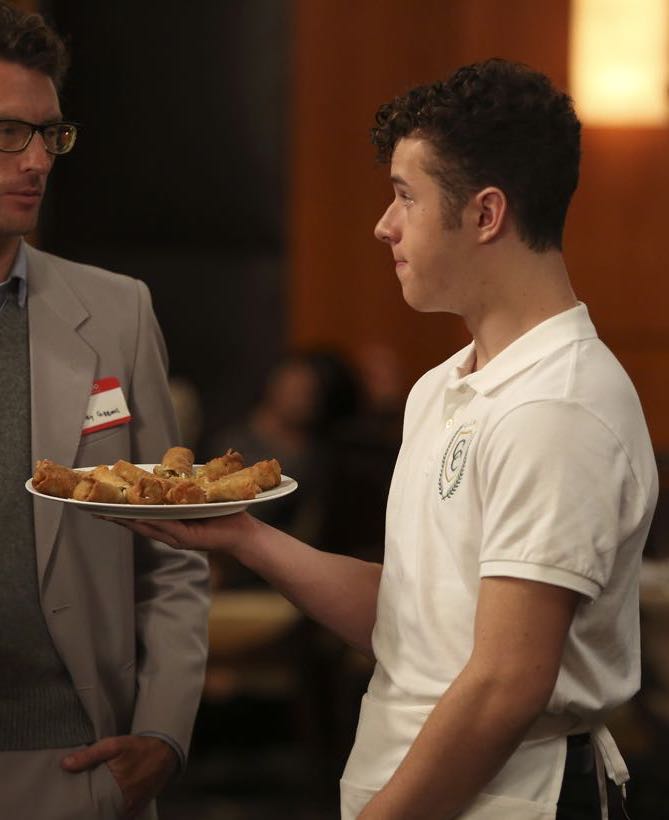 In a show filled with fools and under-achievers, Luke Dunphy might just be the biggest dunce of all.

However Nolan Gould, the actor who plays Luke, is anything but. Only just 20, Gould already graduated high school seven years, at the age of 13. 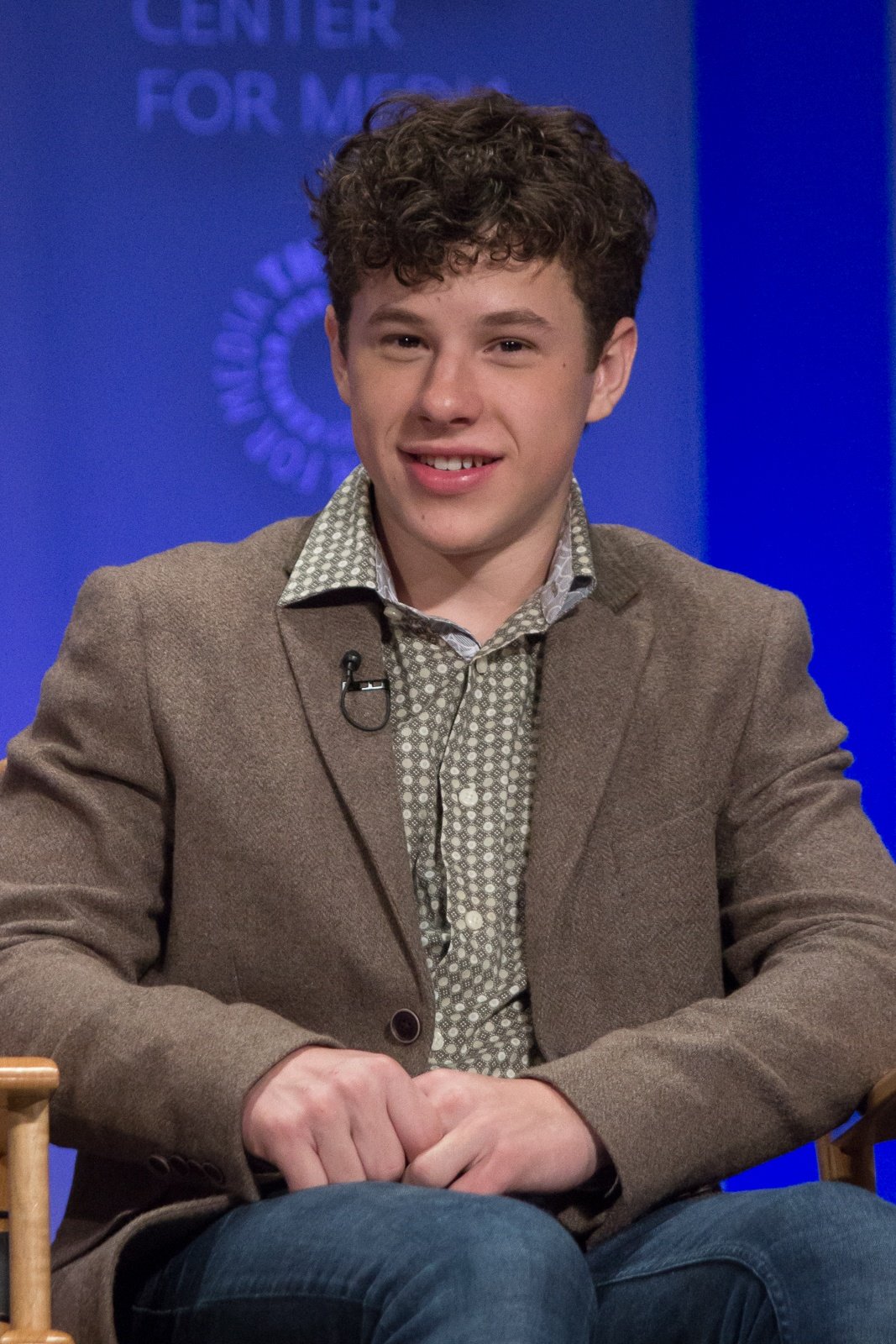 With an IQ of 150, Gould is a member of Mensa, and has been, along with his brother, “since we were about four”.

4. Season 4 was delayed because the cast was busy suing 20th Century Fox

Though it ended up premiering approximately a year after the last one, season 4 of Modern Family could have arrived much later than anticipated.

As the show was beginning to look like a major ratings success for ABC, the cast decided to ask for more money – and were denied. 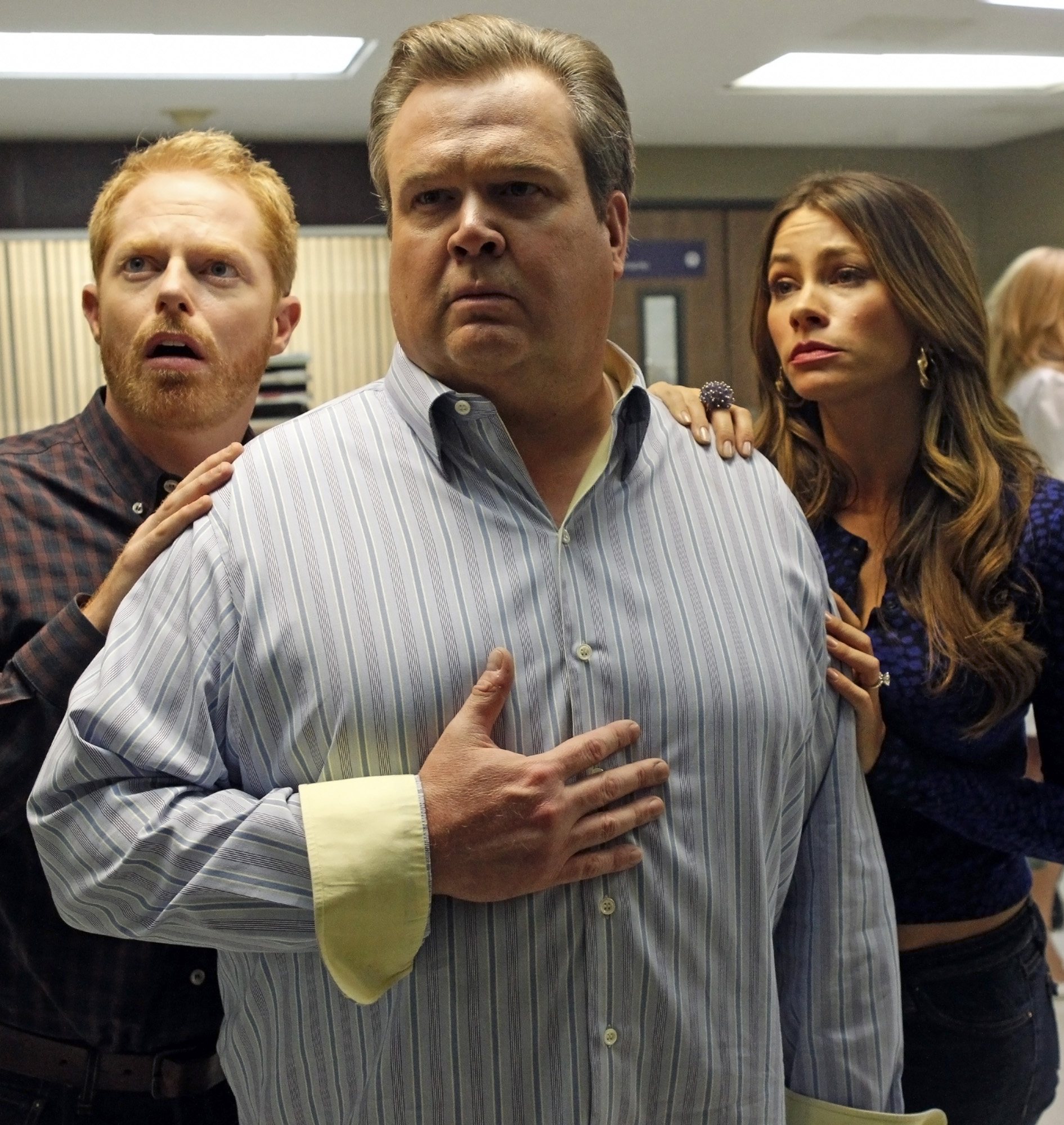 Since 2014, Haft Sang has been entertaining TV viewers in Iran with its zany characters, relatable tales of familial dysfunction and plotlines ripped straight from Modern Family.

The show, which airs on Islamic Republic of Iran Broadcasting (IRIB), is an unofficial (and unauthorised) clone of the ABC comedy – albeit with a couple of changes. 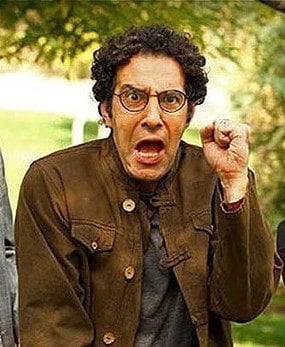 In Iran’s Modern Family, there is no Cam and Mitchell, with their partnership changed to a heterosexual couple, while Haley Dunphy has become a teenage boy named Amir. 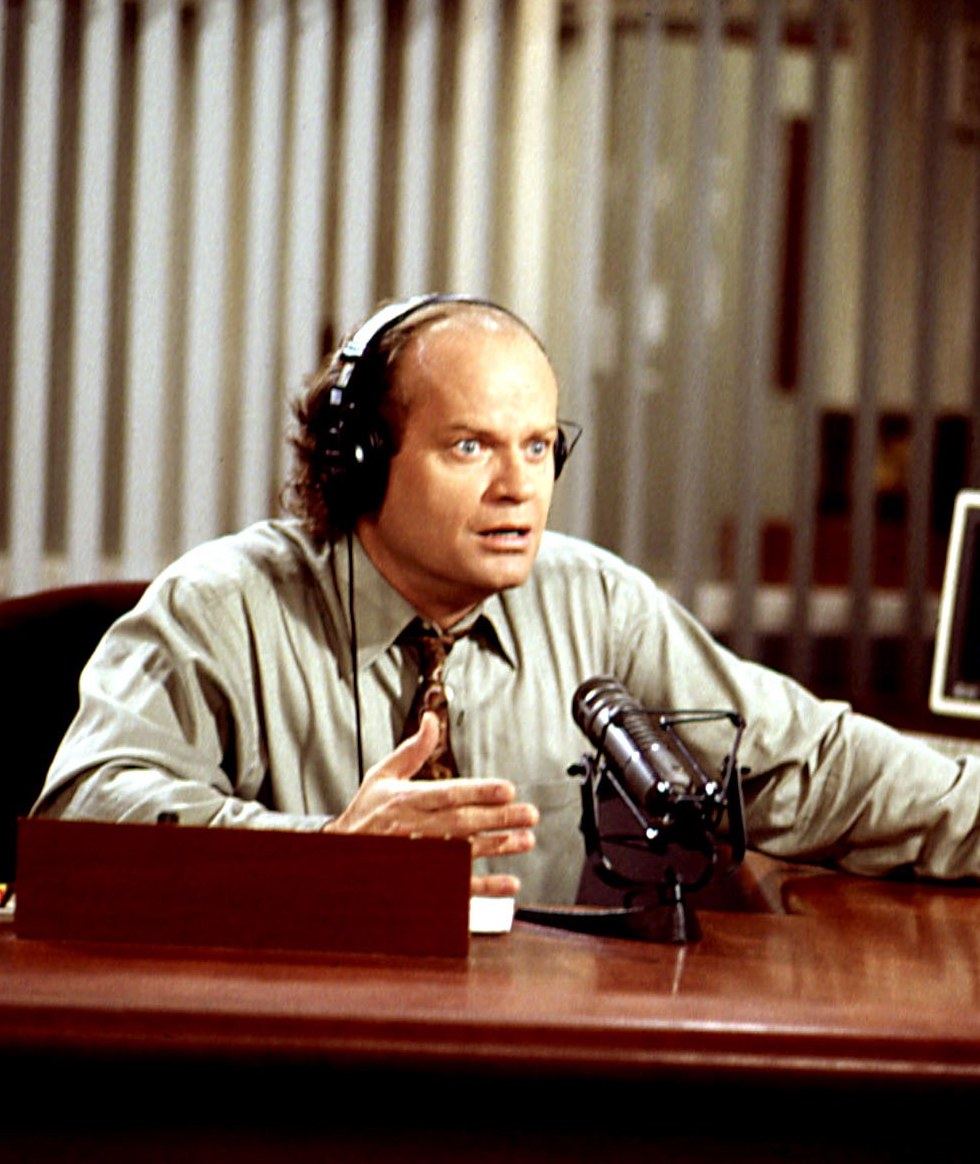 Since the show began in 2009, Modern Family has had a staggering run at the Primetime Emmy awards.

In total, the sitcom has landed 21 Emmys to date, while from 2010 to 2014, it took home the Outstanding Comedy accolade five years running. 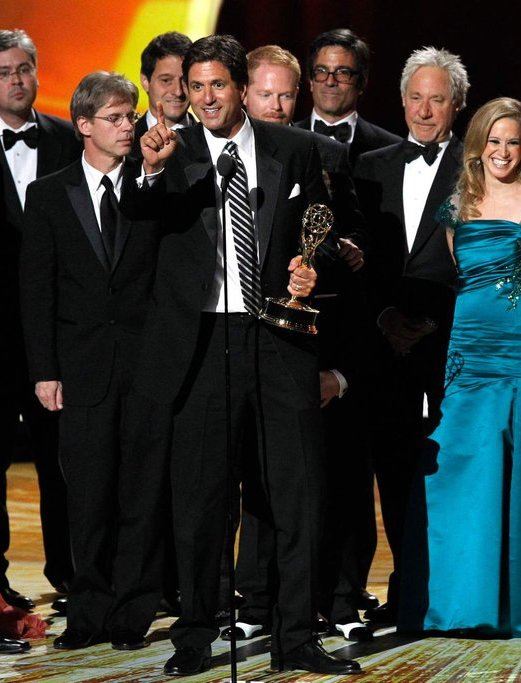 This puts Modern Family up there with iconic sitcom Frasier, the only other show to ever win five consecutive Outstanding Comedy awards. 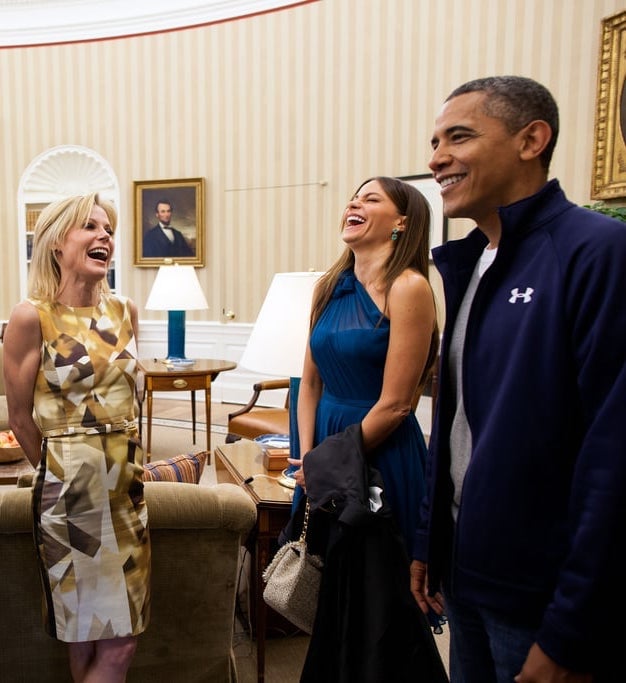 Now Barack, Michelle and the kids have left the White House, they’ve got all the time in the world to kick back watching their favourite shows.

While Barack’s faves include The Wire and M*A*S*H, as a programme to watch with his kids Malia and Sasha, Modern Family is number one. 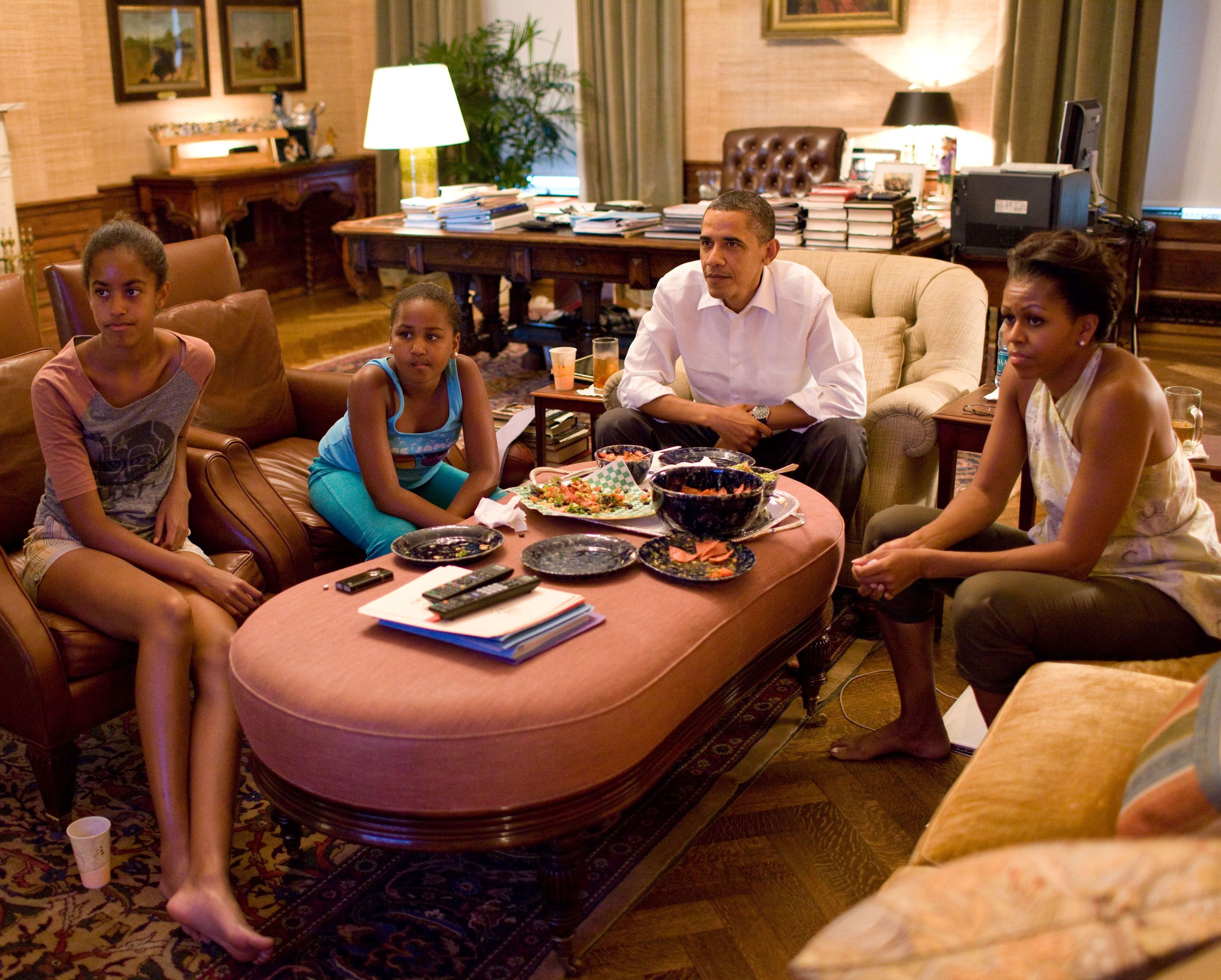 In 2011, Obama told People magazine: “For the girls and me, Modern Family, that’s our favourite show”.