Frasier is one of the most beloved sitcoms of all time. A spin-off of Cheers, the show quickly grew into its own and ran for 11 years, acquiring a record number of Emmy awards in the process.

The series was based around Dr Frasier Crane, a radio show psychiatrist who desperately tries to live a bachelor lifestyle in Seattle despite the fact that he lives with his cranky father Martin. Younger brother Niles, producer Roz Doyle and live-in housekeeper Daphne Moon are also main characters in the show, which sees Frasier attempting to navigate family, work and love in Seattle.

Kelsey Grammer, David Hyde Pierce, John Mahoney, Jane Leeves and Peri Gilpin were all among the beloved cast of this timeless series.

The series of 264 episodes ended, after 11 seasons, in 2004, but star Kelsey Grammer has recently come out and stated that a reboot looks imminent. From Star Trek fanatic Noel Shempsky to Martin’s trusty jack russell terrier Eddie, what became of the faces behind this iconic show? 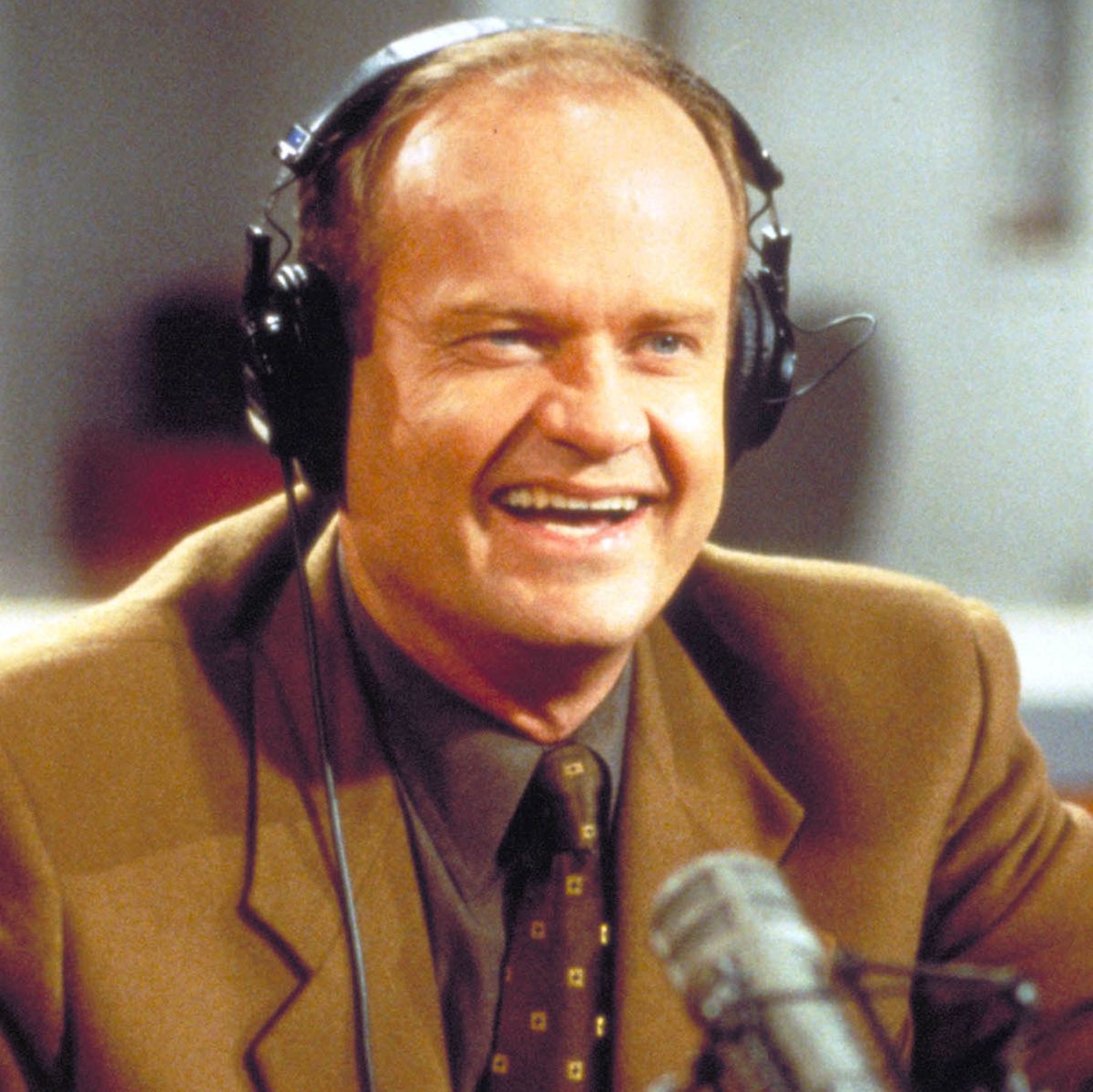 Kelsey Grammer played the character of Frasier Crane for over 20 years. First, the eccentric psychiatrist appeared on our screens in Cheers, before Frasier gained popularity and got his very own spin-off.

The series ran for 11 seasons and depicted Frasier’s ‘bachelor’ lifestyle in Seattle, where he worked as a psychiatrist on a call-in radio show while simultaneously dealing with his father Martin, brother Niles, son Frederick and a whole roster of women including ex-wife Lilith Sternin (Bebe Neuwirth), Felicity Huffman’s Julia and Laura Linney’s Charlotte. 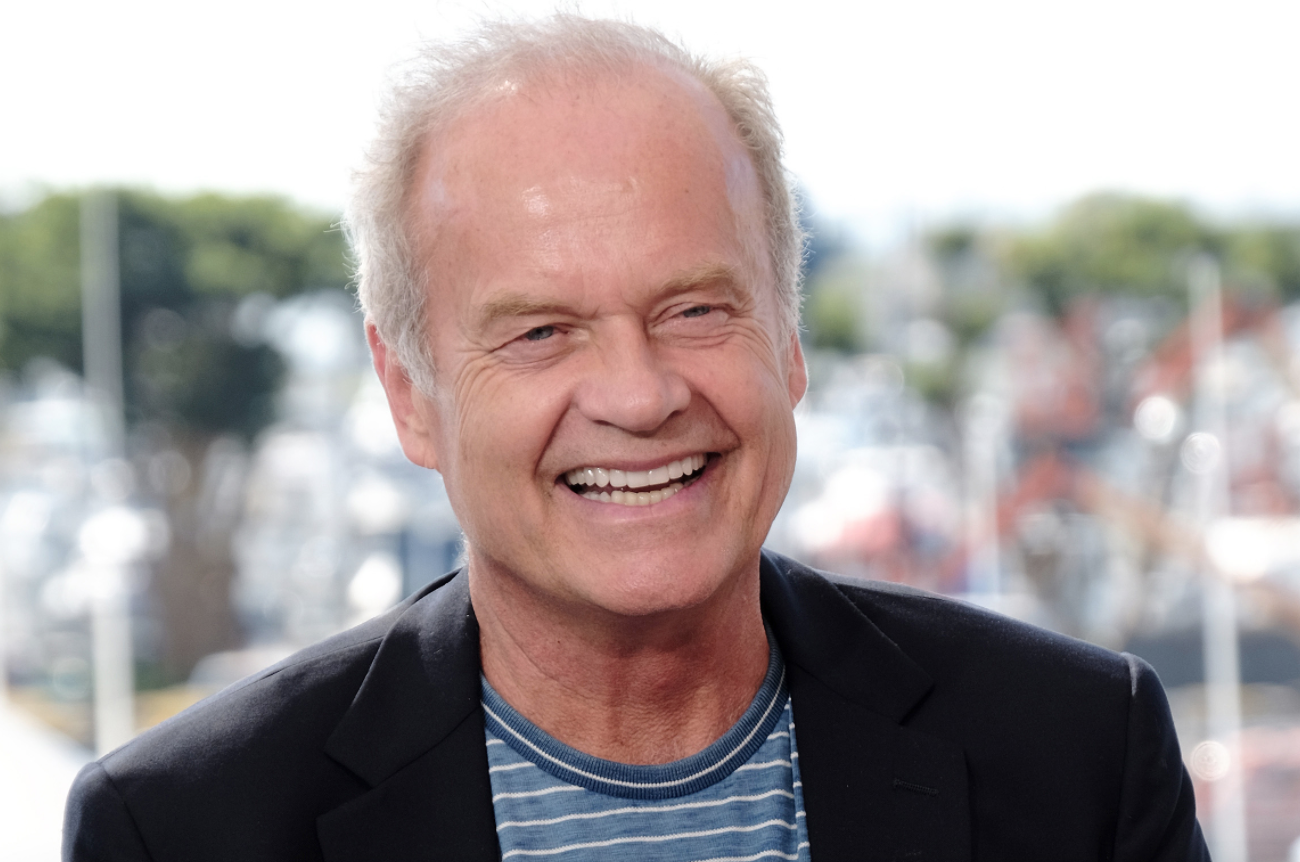 Kelsey Grammer struggled to shed the character of Frasier Crane after the show ended, but has recently gone on to star in hit TV shows such as Boss and the upcoming legal drama Proven Innocent.

Thanks to his unusual, gruff voice, Kelsey Grammer has also secured countless voice acting roles since Frasier, from The Simpsons to Unbreakable Kimmy Schmidt. 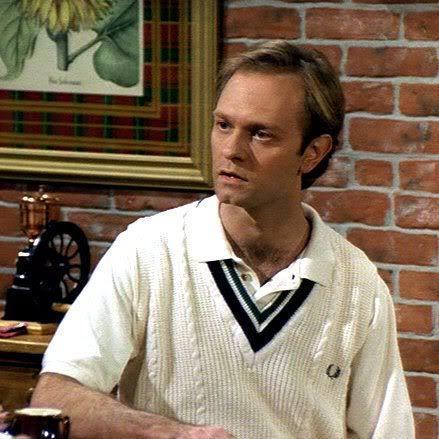 Niles Crane was almost a little too like his older brother Frasier. Pompous and fussy, Niles shares his brother’s tastes in fine art, food and classical music, but the two are often fiercely competitive with one another at the same time.

With his forever-unseen first wife, Maris, Niles brought a lot of laughs over the course of Frasier’s 11 seasons, and famously had a burning love for his father’s nurse/live-in housekeeper Daphne.

The part of Niles Crane was created by the producers specifically for David Hyde Pierce, because he had a natural resemblance to Kelsey Grammer. 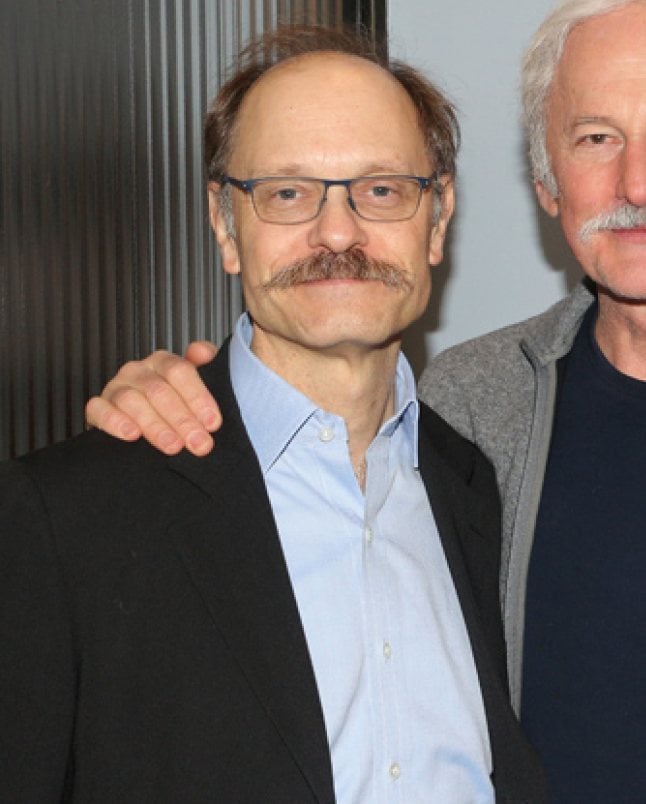 Since Frasier, David Hyde Pierce has had a very successful career in the world of television and theatre. In 2007, he won a Tony Award for his performance in Curtains, and in 2015 he directed the Broadway musical It Shoulda Been You. Like his co-star Kelsey Grammer, David Hyde Pierce also leant his voice to The Simpsons as Cecil, Sideshow Bob’s younger brother (Bob was famously voiced by Kelsey Grammer).

After coming out as gay in 2007, David Hyde Pierce married his long-time partner Brian Hargrove in 2008. He is a godparent to Jane Leeves’ son Finn. 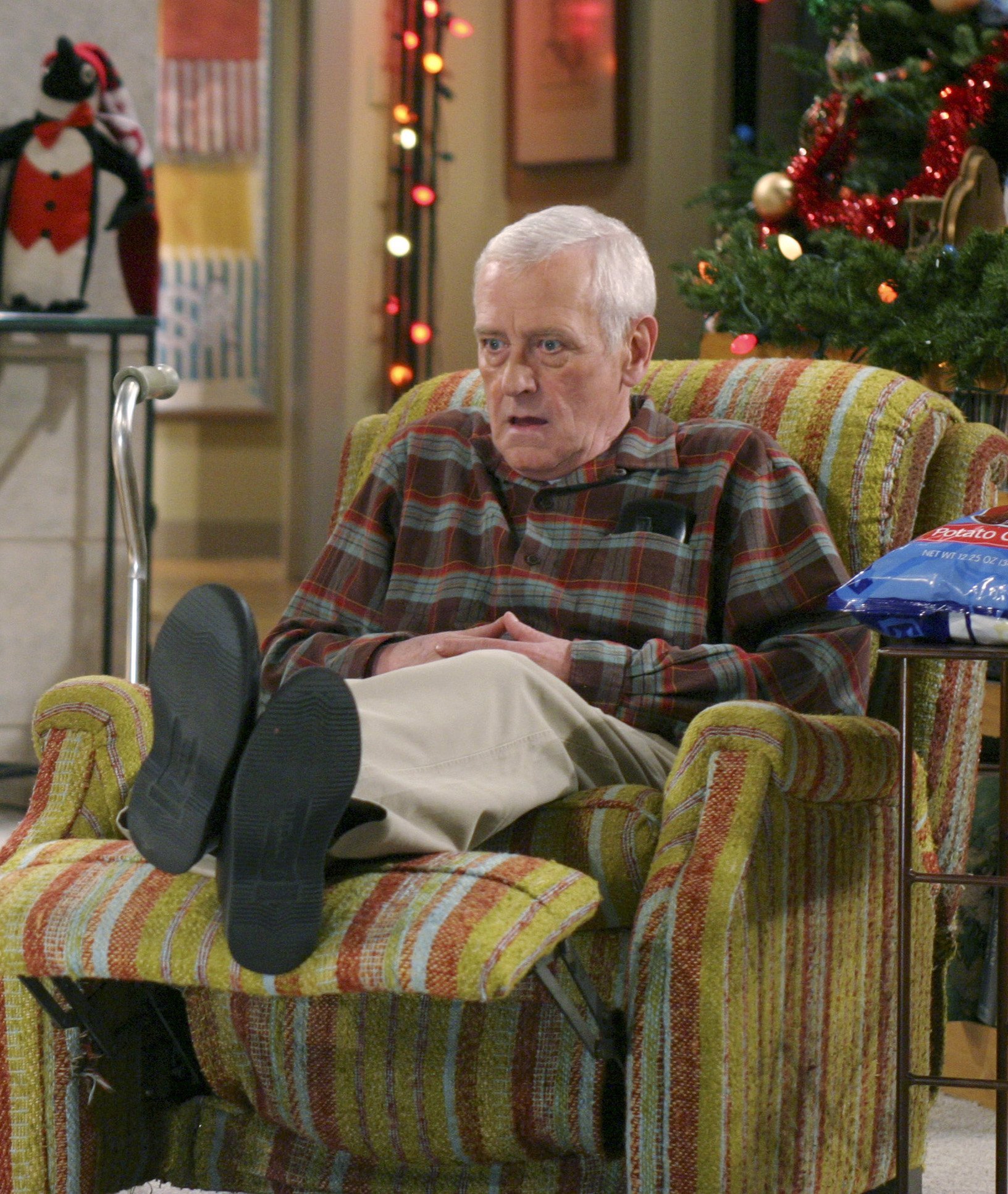 John Mahoney played Martin Crane, the loveable ex-cop and father of Frasier and Niles. He was nothing like his sons, and often spent most of each episode trying to figure out what on earth they were getting so worked up about when it came to fancy vintage wines and croquet.

Martin was a down-to-earth figure who could either be found sitting in his beloved recliner or enjoying a few beers at McGinty’s with best friend Duke. 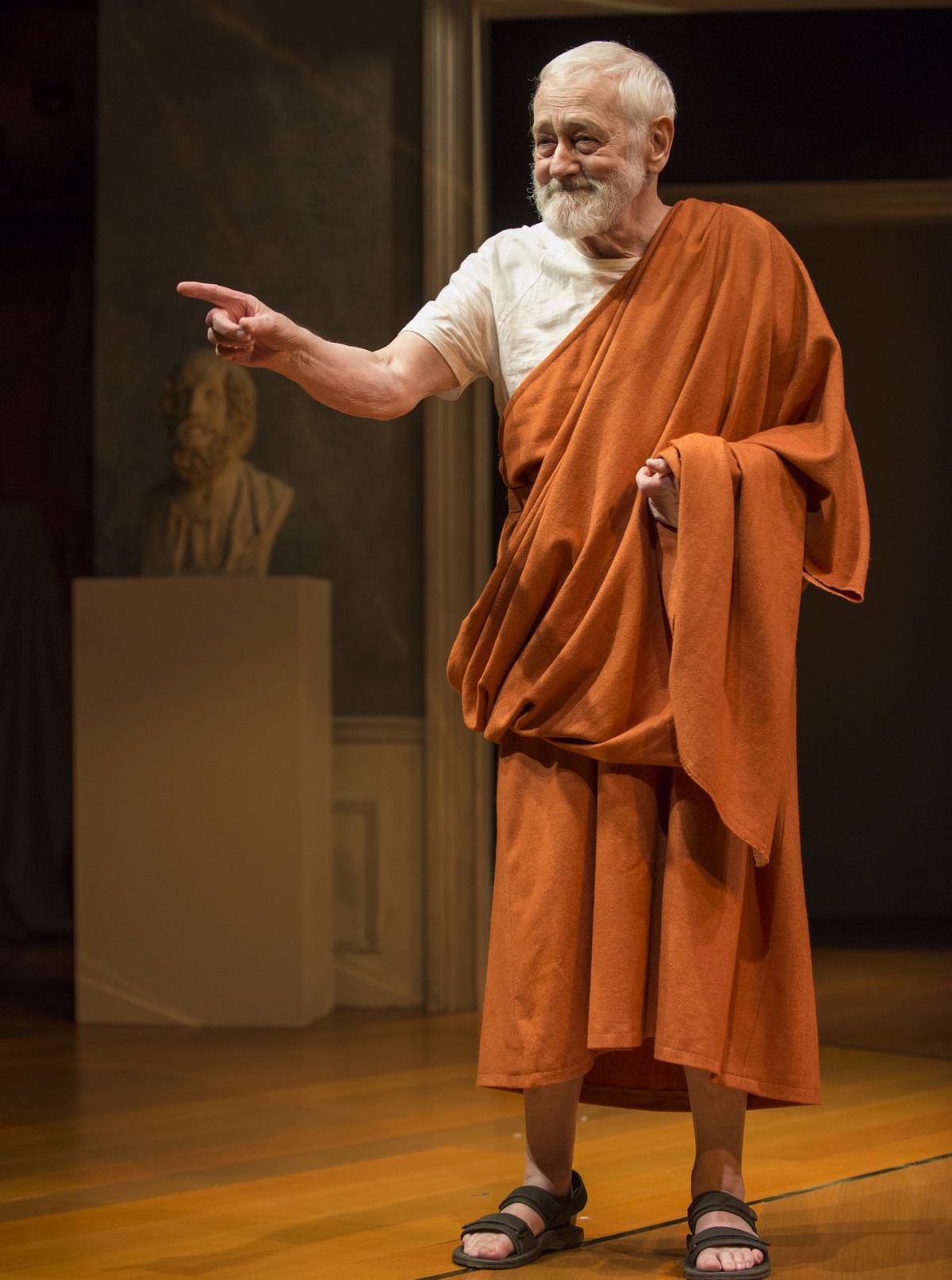 John Mahoney went on to star in several Broadway plays after Frasier ended and he also had a recurring role on In Treatment.

Sadly, John Mahoney was diagnosed with throat cancer in 2014, an illness which eventually led to complications that caused his death in February 2018. He passed away in a Chicago hospice at the age of 77. 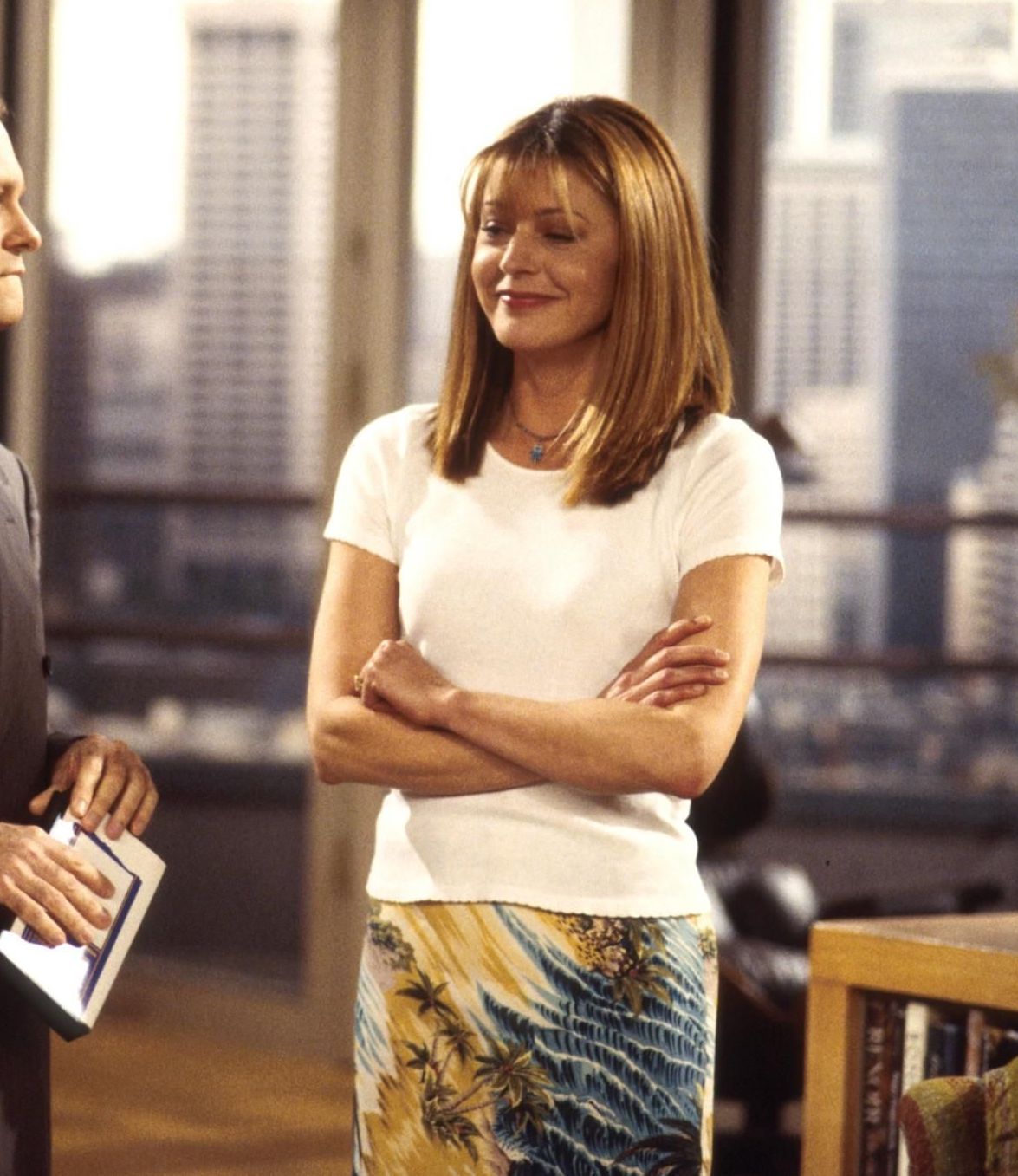 Jane Leeves famously joined the Frasier cast in the role of Daphne Moon, a kind-hearted lady from Manchester, England who first acted as Martin’s physiotherapist before earning herself a place in the Crane family as a housekeeper.

Eventually, Daphne and Niles married after he confessed his undying love to her. Daphne was often the only person who could act as a mediator between Martin and Dr Frasier Crane (Frasier once told her that he and his father would literally end up murdering each other if she ever left). 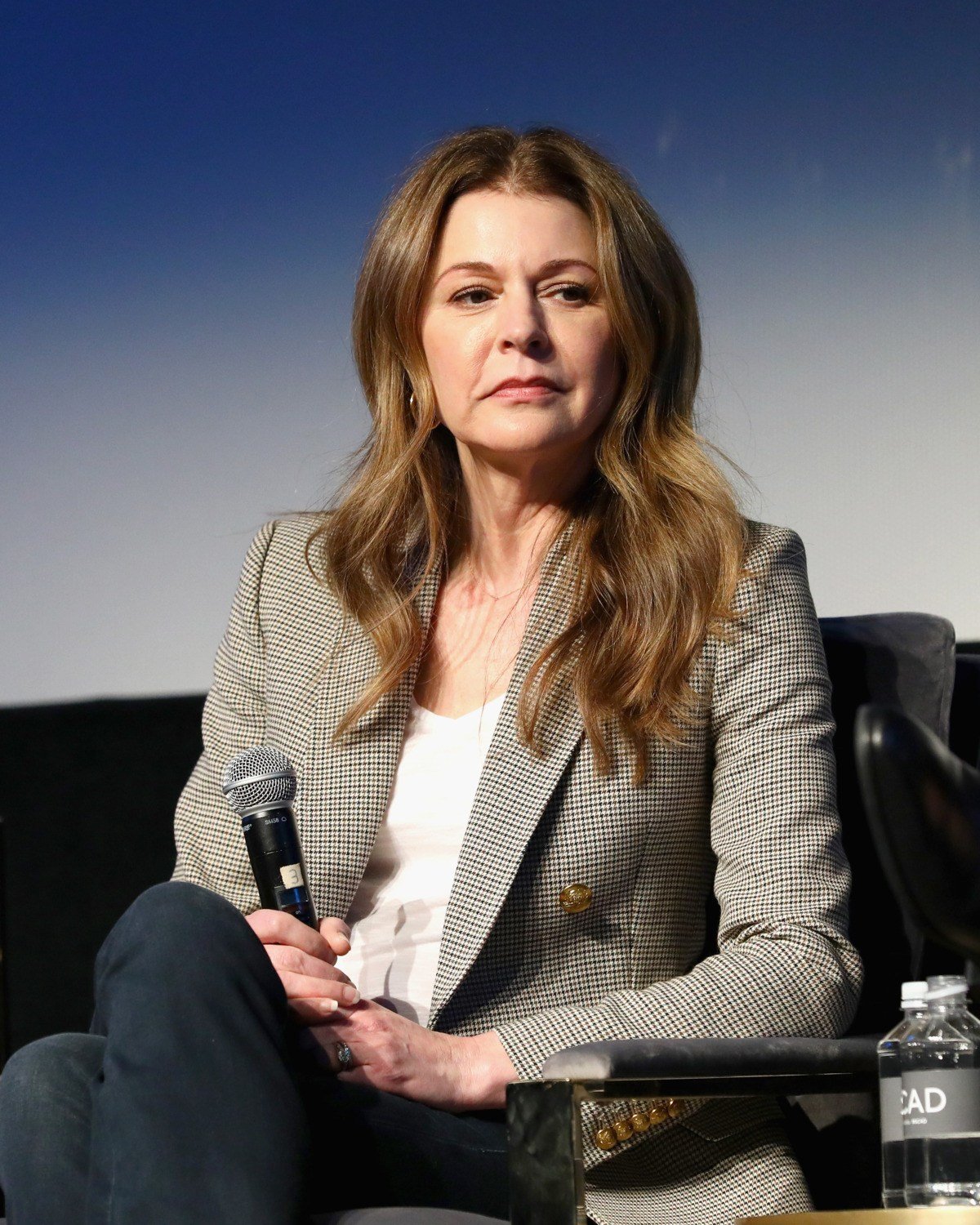 Jane Leeves picked up guest appearances in a number of TV shows after Frasier ended, including Desperate Housewives. She then earned herself a lead role in Hot In Cleveland as Joy Scroggs. In 2011, Leeves was nominated for a Screen Actors Guild Award for Hot In Cleveland. Her most recent work was in The Resident – Jane Leeves starred as Dr. Kitt Voss for two episodes. The actress is married to Paramount executive Marshall Coben, and they have a son named Finn together.

She is also extremely close with her co-star Peri Gilpin, who is godmother to Finn and was even in the delivery room when Finn was born! Jane Leeves and Peri Gilpin even live next door to one another in Los Angeles. 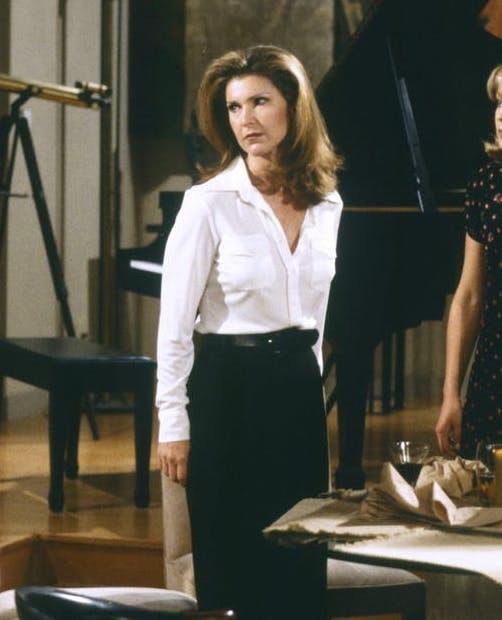 In Frasier, Roz Doyle was the sassy and opinionated radio show producer who acted as the perfect foil to Dr Frasier Crane. Although they initially dislike one another, Roz and Frasier soon become great friends.

Roz is down-to-earth and independent – she is a working single mother who enjoys a very active dating life (something which Niles and Frasier love to tease her about). Fans will remember that Martin and Roz are also very close, and share a love of winding up the two Crane brothers. 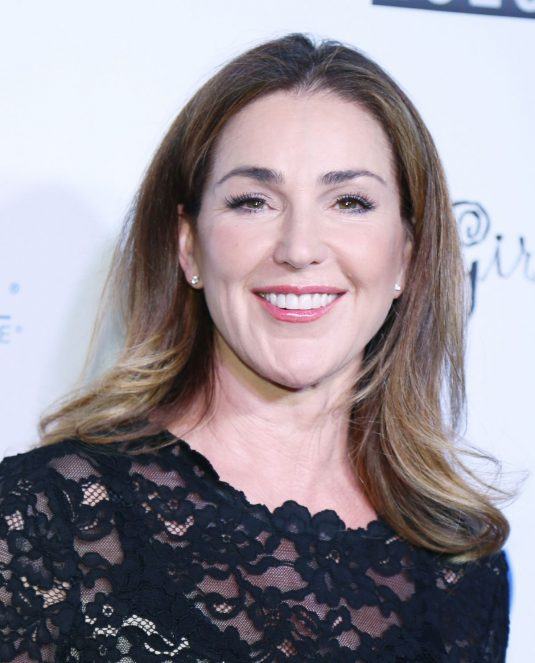 Since Frasier ended, Peri Gilpin has never quite managed to hit the same heights as she did during her 90s and 2000s heyday.

However, the actress has always attracted steady television work and has put in guest appearances on a number of hit shows including Desperate Housewives, CSI and Masters Of Sex. Peri Gilpin also starred as Kim Keeler in several seasons of Make It Or Break It. 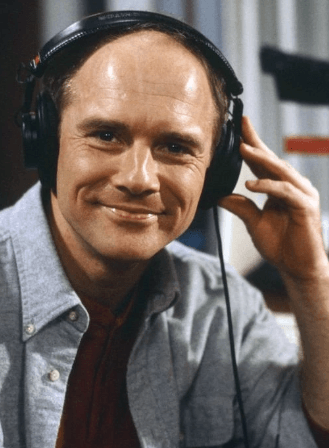 Among the Frasier cast is Dan Butler, who plays Bulldog Briscoe, the star of KACL’s Gonzo Sports Show. Bulldog is more of an everyman character and frequently makes fun of Frasier while on the air, much to the doctor’s obvious annoyance.

Martin Crane is a big fan of the Bulldog’s show and by the sixth season of Frasier, the loud and uncouth sports broadcaster had basically become a main character. 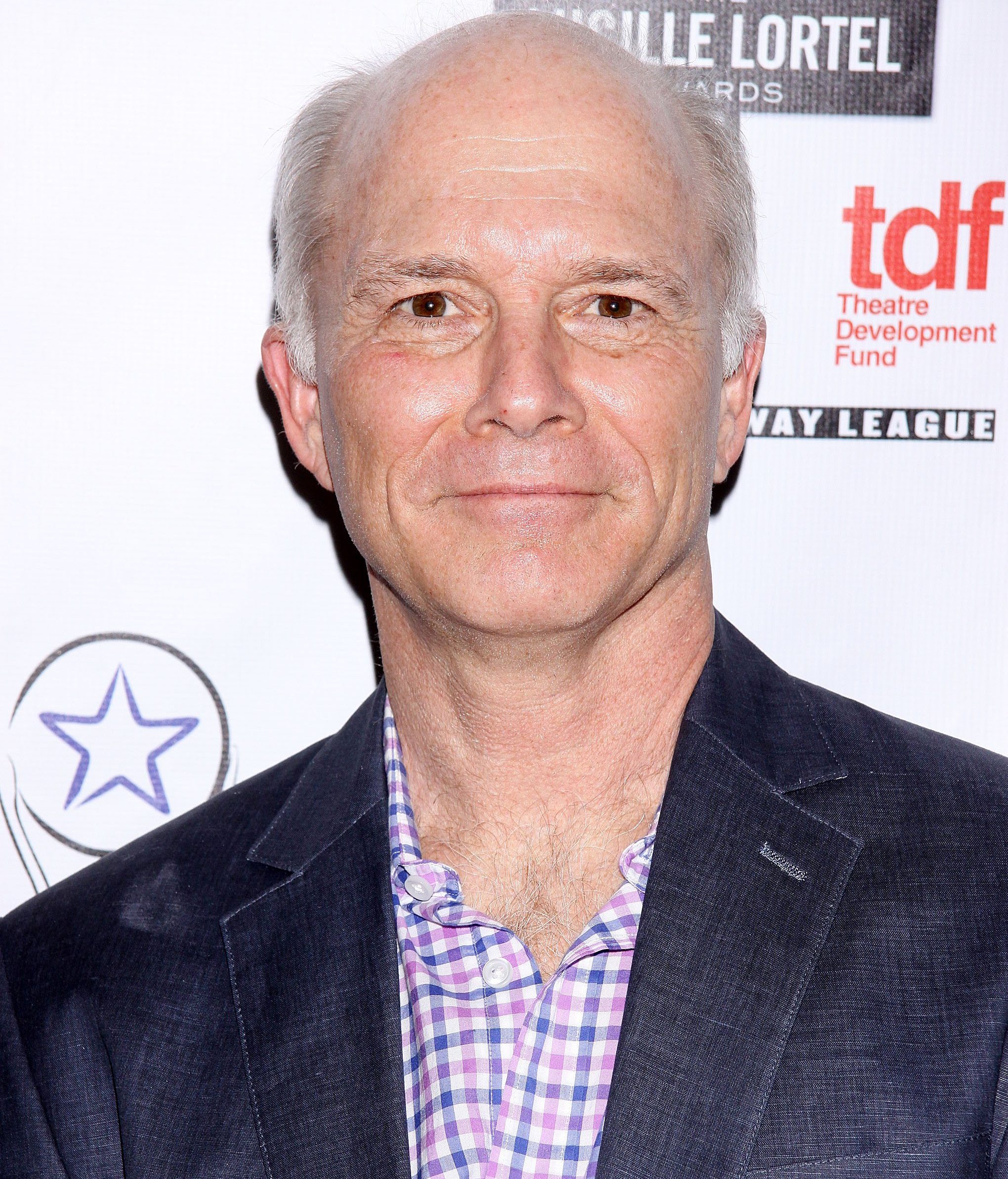 Once Frasier ended, like many of his co-stars, Dan Butler returned to the stage. He has an excellent reputation in theatre and played Lenin in the 2018 Broadway revival of Tom Stoppard’s Travesties.

Butler is married to his partner Richard Waterhouse, a producer. Butler won an award in the early 90s for a one-man show he performed about coming out as gay. 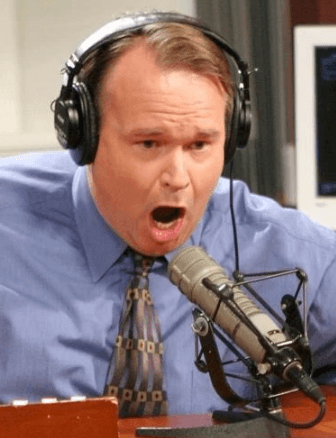 Played by Tom McGowan, Frasier character Kenny Daly devoted his life to radio and, after a brief career dip which saw him delivering pizzas, Daly was hired as the KACL station manager.

Kenny was a kind-hearted guy who got on with all of his employees, but sadly turned to Frasier for help after his wife divorced him. Daly eventually resigned as manager in order to become a DJ once again, leaving Roz to take the top spot at KACL. 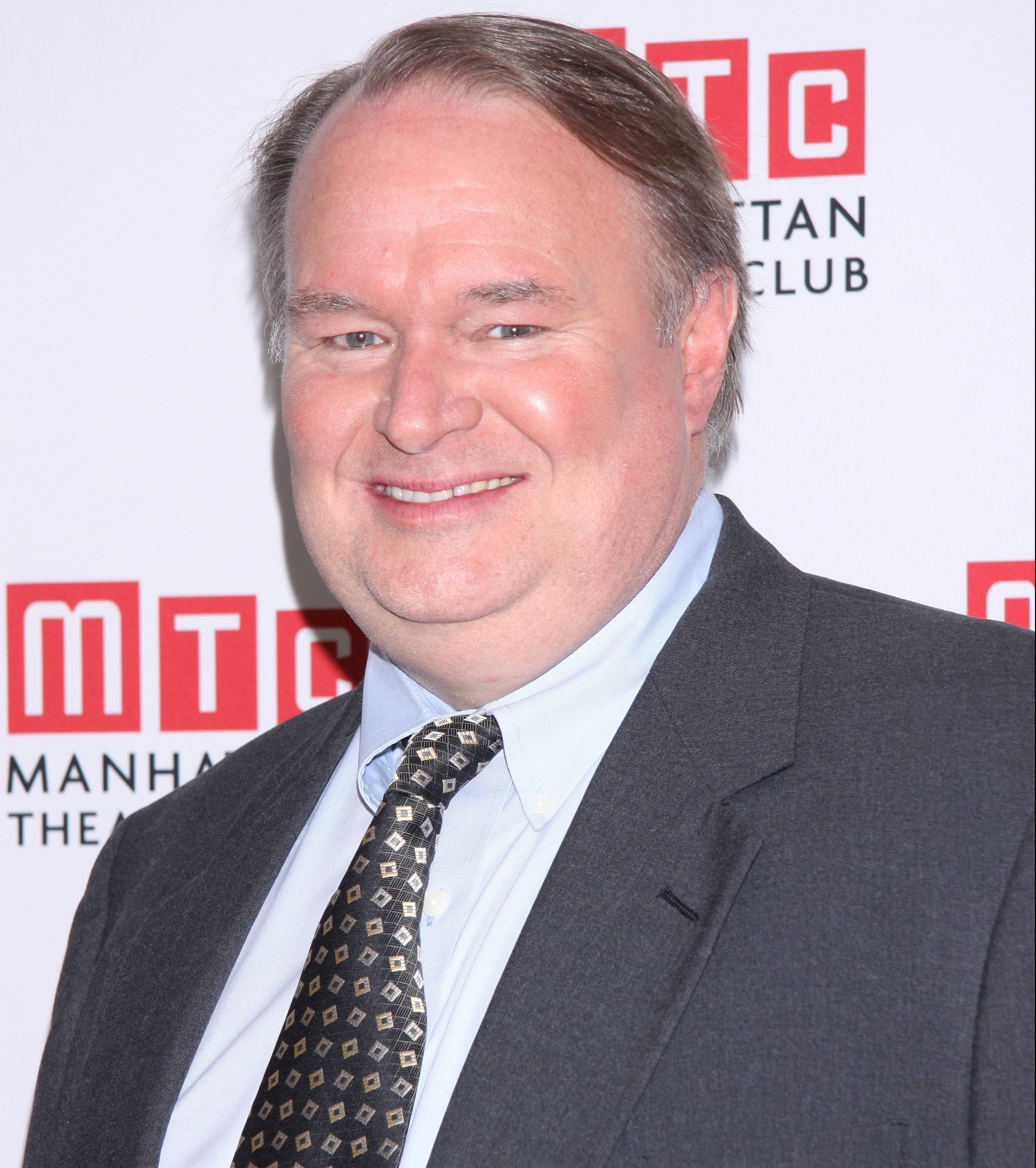 Tom McGowan has been appearing on film and television screens for decades. Over the past few years, McGowan has had notable guest appearances in programmes such as Curb Your Enthusiasm, ER and The War At Home.

Since 1991, McGowan has been married to his wife Cathy. They have two children together, daughter Mary and son Mark. 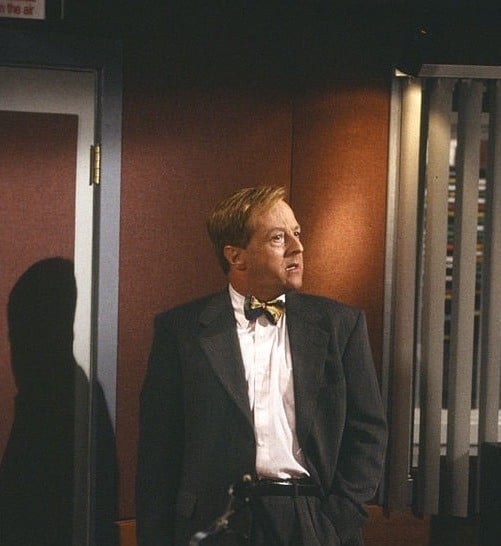 Played by Edward Hibbert, Gil Chesterton is the pompous and stuffy food critic who people often suspect may be gay, despite the fact that he frequently refers to his ‘wife’ Deb.

He has a very affected English accent which Frasier believes to be fake, but despite his pomposity, Gil gets on with his co-workers and often conspires with Bulldog against Frasier. 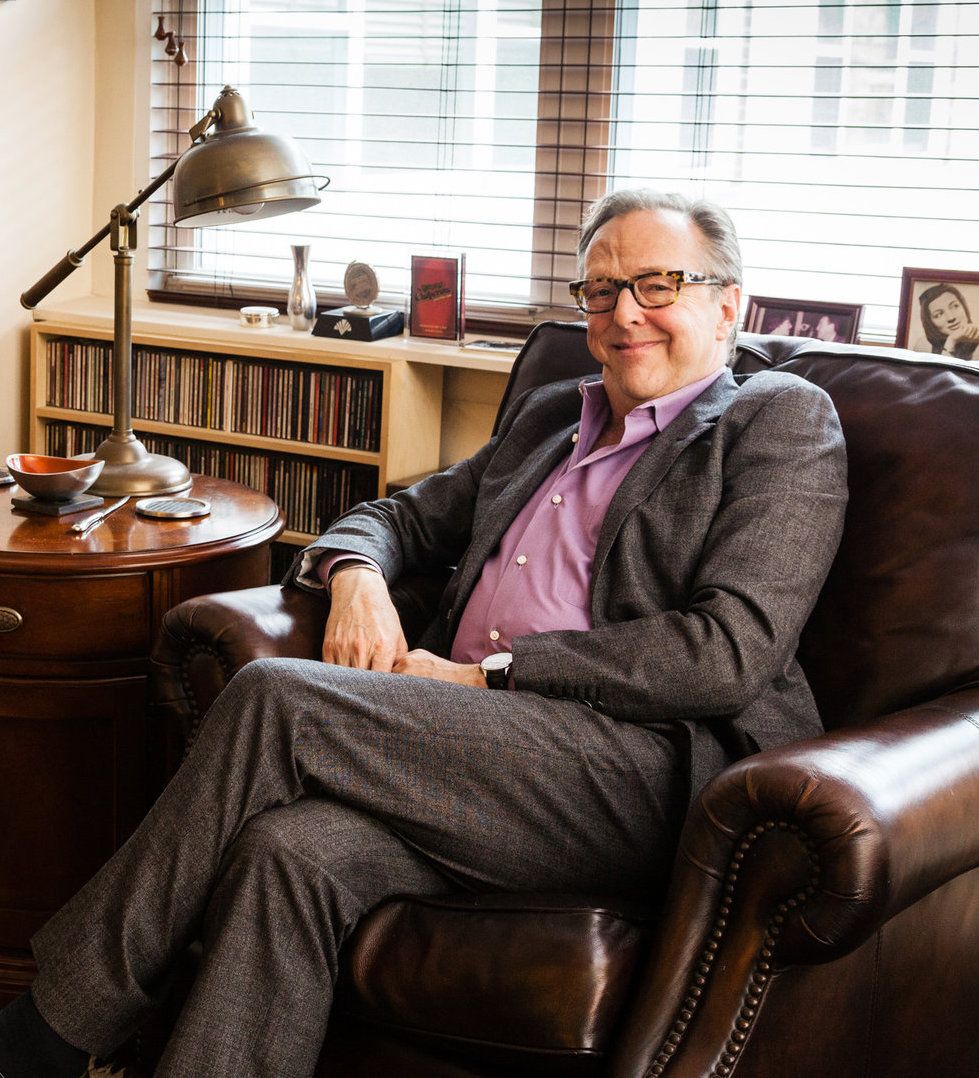 Since Frasier ended, Edward Hibbert hasn’t quite managed to find himself another recurring role on a popular show. Instead he has put in frequent guest appearances on programmes such as Gilmore Girls and Grace and Frankie.

Hibbert pays the bills as a respected literary agent and boasts Chuck Palahniuk among his clients. He also represented the film rights for Fight Club. 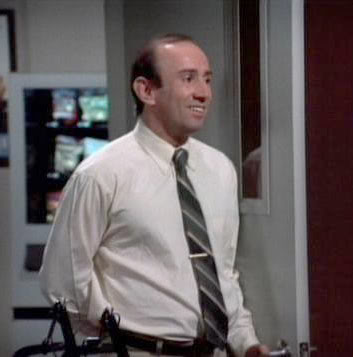 Played by Patrick Kerr, Noel Shempsky was a hilarious side character at the KACL station. As a massive Star Trek fan, he is the definition of geek and can speak Klingon, Hebrew and Spanish.

Shempsky also has an undying love for Roz, and seems to live for her rejection of him. Noel is extremely intelligent and hard-working, and in one episode it’s claimed that he is best friends with Bill Gates. 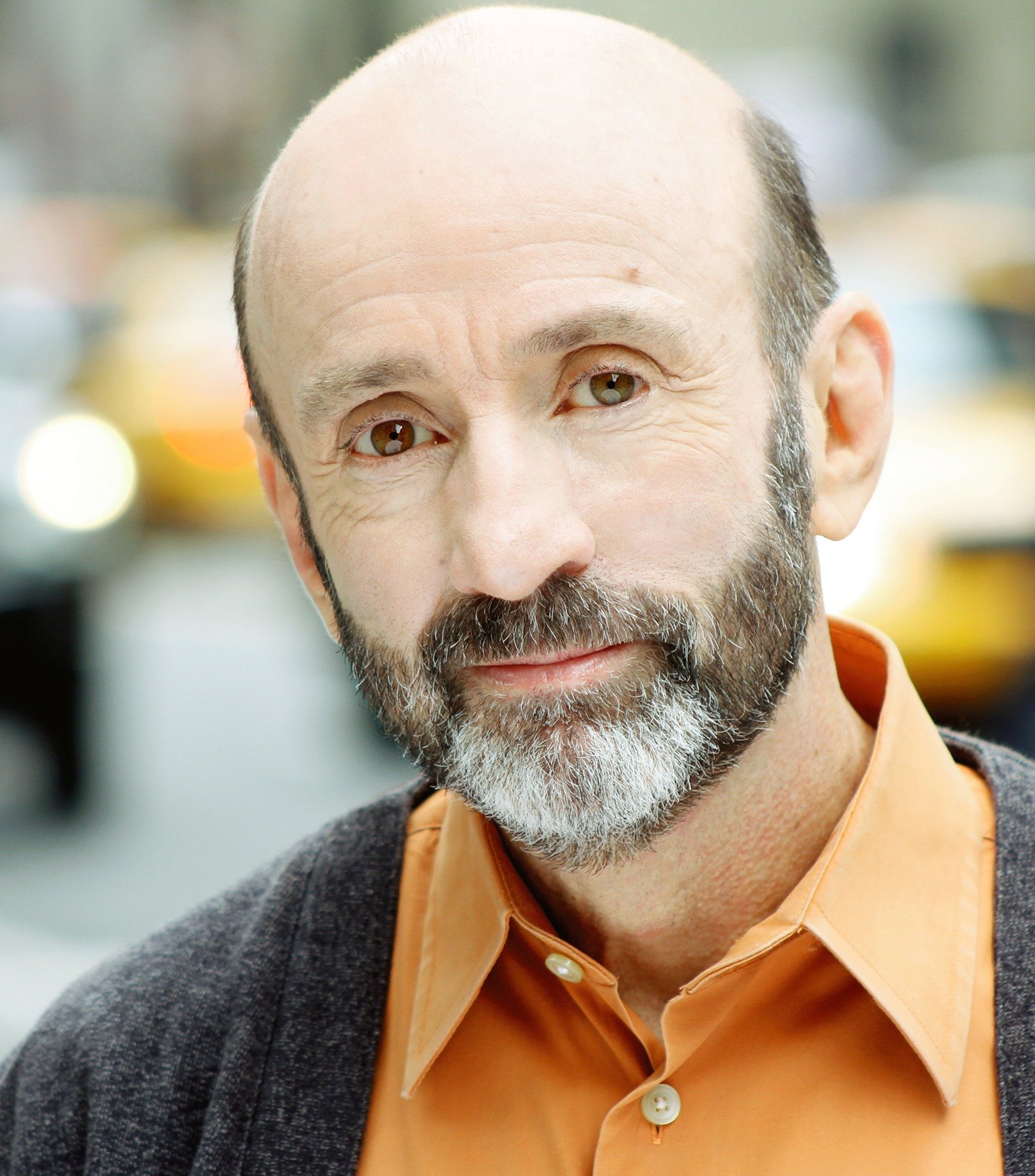 Patrick Kerr is a popular comedy actor who has put in memorable guest appearances on TV shows such as Friends and Will & Grace. However, Frasier remains his most famous TV appearance.

He hasn’t done much in the way of TV shows in recent years, but he did recently star as Zazu in a Las Vegas production of The Lion King. 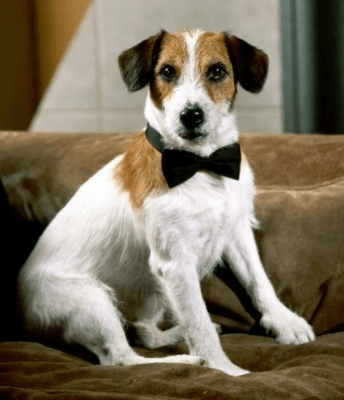 Eddie was the iconic Jack Russell terrier who lived in Frasier’s apartment and was never far from Martin’s side.

One of the most hilarious running jokes in Frasier involved Eddie taunting Frasier on a regular basis – he responded to all of Daphne and Martin’s commands perfectly while completely ignoring Dr. Crane. He also used to stare at Frasier a lot, which unnerved the radio psychiatrist more and more with each episode. 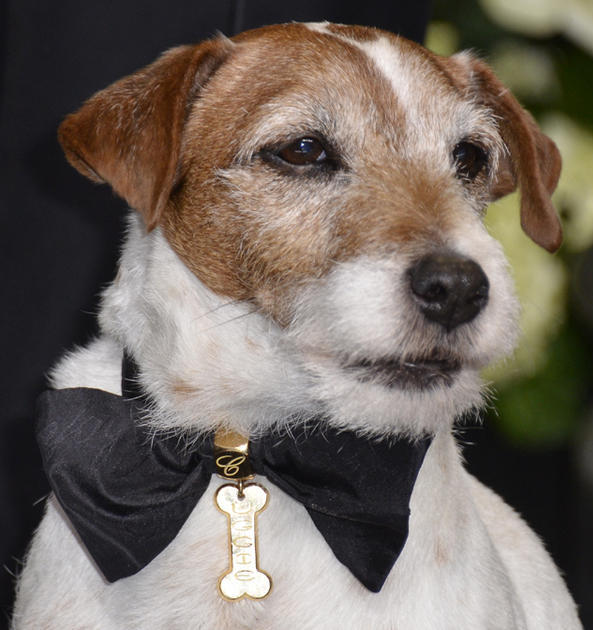 Eddie was played by Moose for the majority of the show, and was later replaced by a dog named Enzo, who happened to be Moose’s son.

Moose joined the rest of the cast for the last episode of the 11th and final season and despite being extremely old at that point, he even got up on stage for a final bow with his fellow co-stars. Moose eventually passed away in 2006.

Have you been keeping up-to-date with the Frasier cast since the show came to an end? Who’s your favourite star from the series?