You may remember actress Dana Hill for her performance as Audrey, young daughter of the Griswold family in beloved 1985 comedy sequel National Lampoon’s European Vacation. Despite playing the younger of the two Griswold children, Hill was in fact 21 years old at the time, her small size a result of the type 1 diabetes that would trouble her until the end of her life.

Tragically, Hill would ultimately die of the disease in 1996, aged just 32. Yet while her life may have come to a sad and premature end, Hill never allowed her unfortunate condition to keep her from pursuing a career as a Hollywood actor. 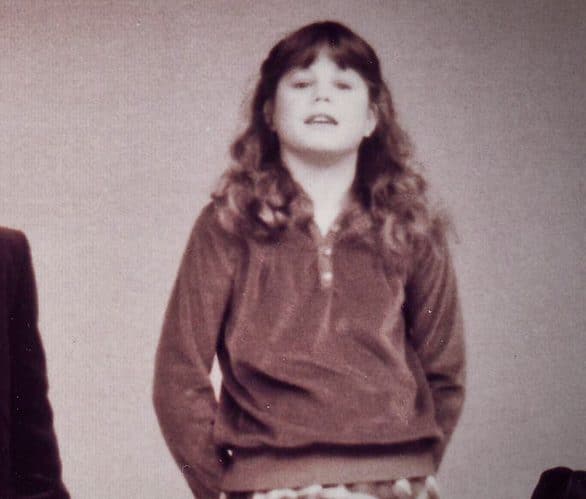 Dana Hill was born Dana Lynne Goetz on May 6, 1964. Early in life she had pursued athletics, and enjoyed her greatest sporting achievements aged 10, coming third place in an 880-yard run and fourth in a mile run in a nationwide competition.

Unfortunately, things took a dark and unexpected turn some weeks later when Hill collapsed whilst training. Soon thereafter, Hill was diagnosed with type 1 diabetes. Initially she was resistant to the strict sugar-free diet and insulin shot regimen she was prescribed.

Hill told People in 1982, “I was really mad at first… I didn’t want to accept the restrictions.” However, after several spells in hospital Hill was finally convinced to take her condition seriously, although the fact that she hadn’t done so immediately may have contributed to her later deterioration. 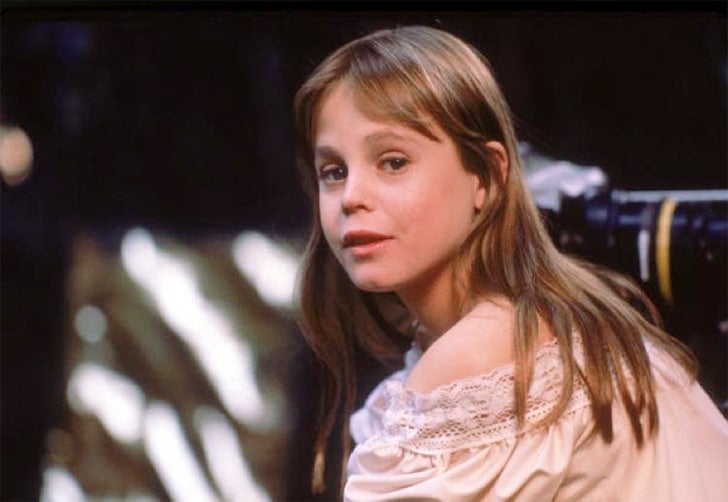 By her early teens, it was clear that Hill could not continue in sports: her mother recalled she was “totally robbed her of her physical strength” by her diabetes. It was at this point that the ambitious young woman instead turned her attention to acting.

Hill’s father, Ted Goetz (a successful director of television commercials), was not keen for Dana to follow this path, fearing it would still put too great a strain on her. As her father was a well-known figure in the film industry, Dana decided on venturing into acting that she would go by her mother Sandra’s maiden name Hill, to avoid trading on her family name. (Hill was not related to such other famous Hills as actor Jonah Hill and director Walter Hill.)

After starting out with a number of TV commercials, Hill got her first major screen credit with a guest appearance on classic sitcom Mork & Mindy, playing a pushy girl scout opposite Robin Williams’ simple-minded alien. 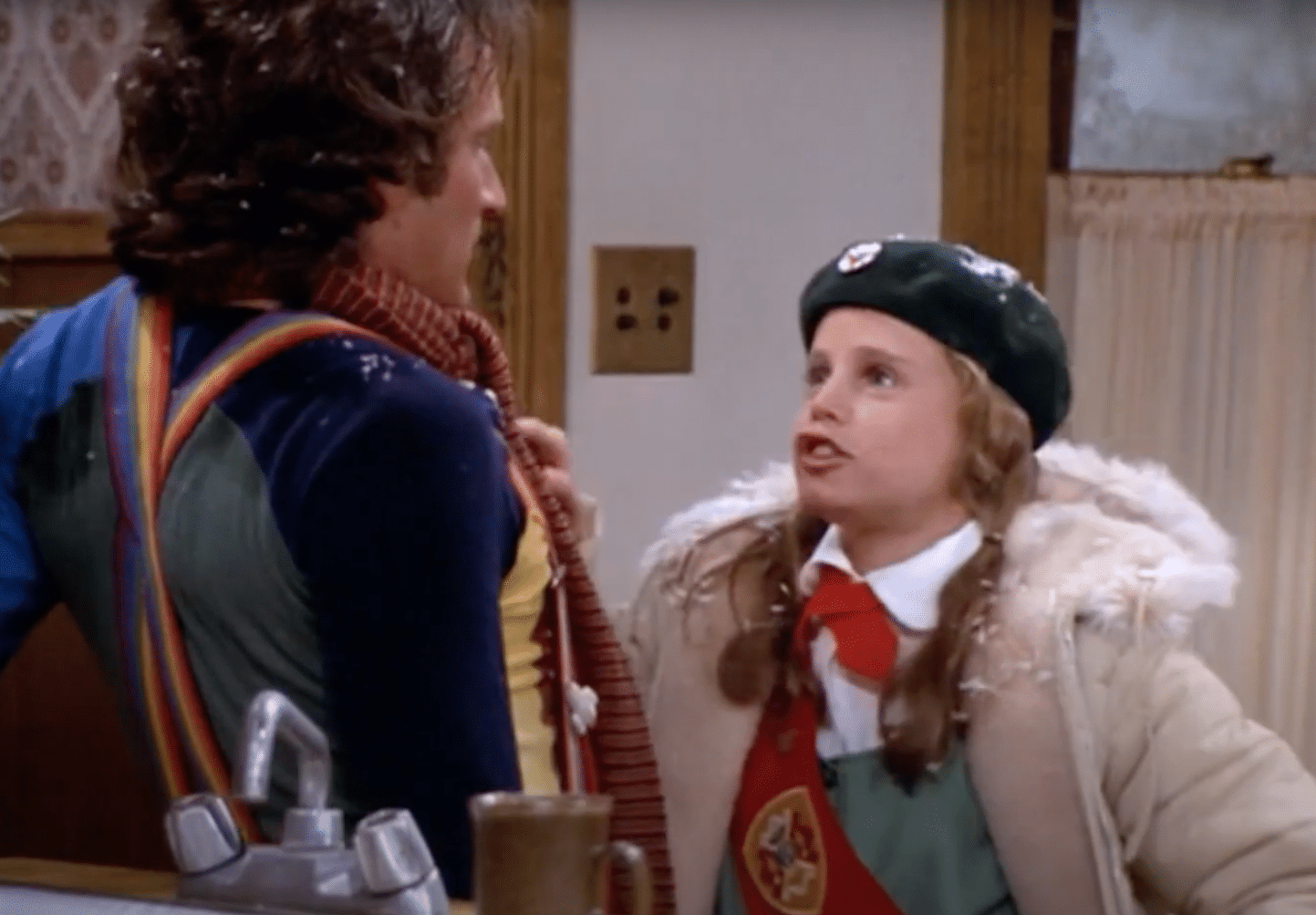 Further child roles followed, for even as Hill reached her mid-teens, she still looked far younger as a result of her condition. People reports she stood at 5’2″, though other sources claim her height was closer to 4’11”. Hill told People that she would often get pulled over by the police whilst driving, as officers frequently assumed she was far too young to drive.

Hill really broke through in 1981. On top of landing a recurring role in sitcom The Two of Us, she was also cast in TV movie Fallen Angel, a sombre CBS drama. The fact that the 17-year-old Hill could still pass as 12 proved to be advantageous both to the actress and the filmmakers, given the movie’s sensitive subject matter. 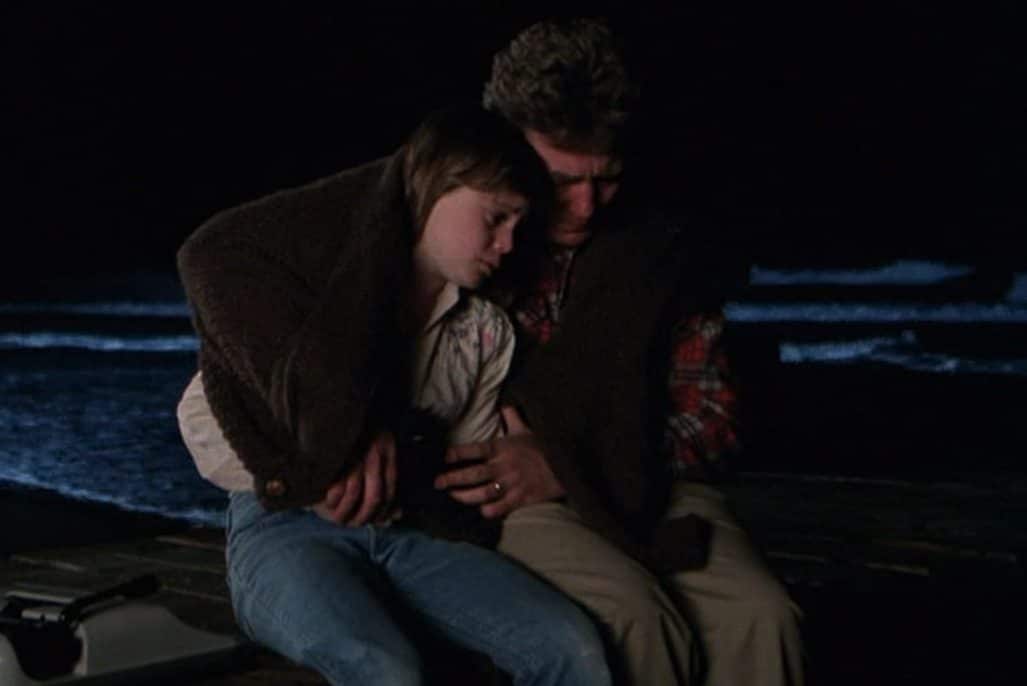 Soon thereafter, Hill made her film debut in Shoot the Moon, portraying the daughter of Albert Finney and Diane Keaton, a married couple on the cusp of divorce. Directed by Alan Parker, the film was met with enthusiastic reviews and landed Golden Globe nominations for Finney and Keaton.

Critics had kind words to say about Hill as well, with The Washington Post calling her performance as Sherry Dunlap “one of the greatest adolescent performances ever filmed.”

More film and TV roles followed, including guest spots on The Fall Guy and Magnum, P.I., with Hill continuing to play characters younger than her actual age. This eventually brought her to the attention of the producers of 1983 comedy hit National Lampoon’s Vacation, when work commenced on follow-up film National Lampoon’s European Vacation. 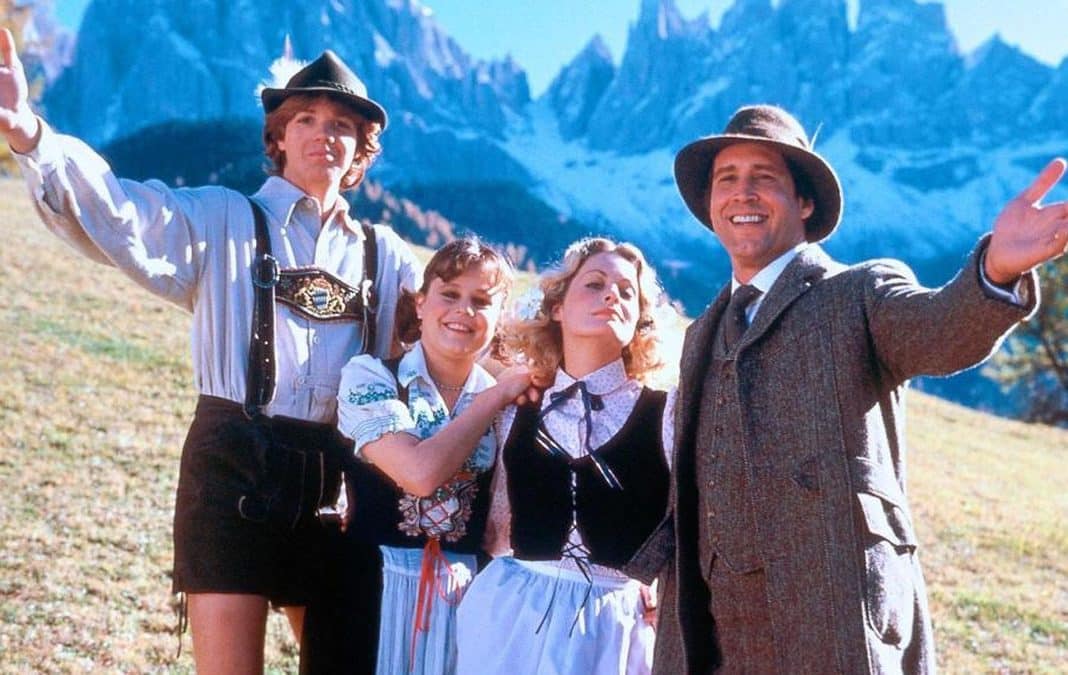 European Vacation saw lead actors Chevy Chase and Beverly D’Angelo reprise their roles as Clark and Ellen Griswold, and the plan had originally been for their children Rusty and Audrey to be again played by the original film’s Anthony Michael Hall and Dana Barron. However, when Hall dropped out to make Weird Science, the filmmakers decided to instead cast two new actors (as they would continue to do on the later Vacation sequels).

Hill wound up landing the role of Audrey, with Jason Lively cast as her elder brother Rusty – although in reality, Lively (elder brother of actress Blake Lively) is the younger of the two by four years. William Zabka, best known as Johnny Lawrence in The Karate Kid and more recently TV’s Cobra Kai, co-stars as Audrey’s boyfriend Jack (Zabka too was Hill’s junior, by over a year). 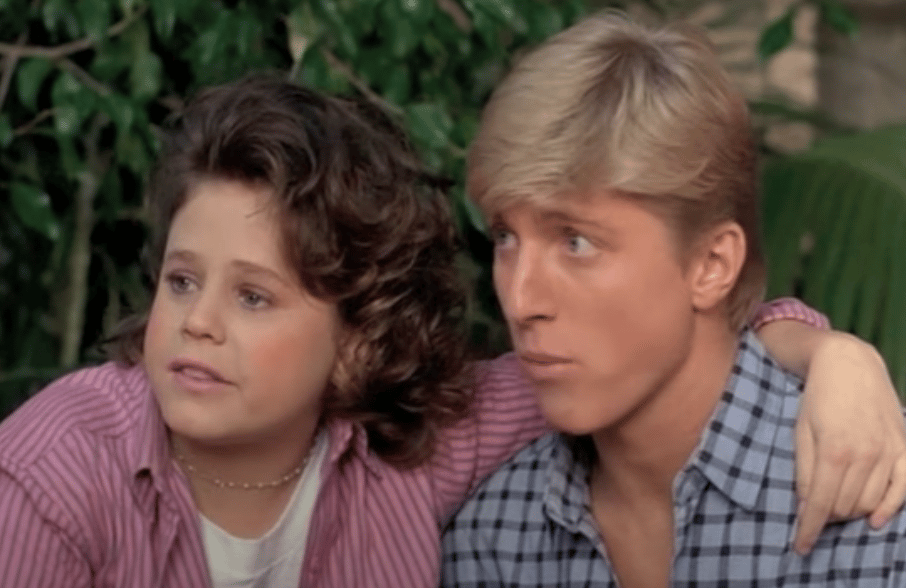 The role allowed Hill to stretch her comedic muscles, but one scene proved a particular challenge: the nightmare sequence, in which Audrey is force-fed large quantities of indulgent food, including sweet desserts. These dishes were genuine and not sugar-free, so it was of course very dangerous for the diabetic Hill to consume any of it, hence she had to be careful to chew but not swallow any of it.

European Vacation met with a lukewarm response from critics, but proved a box office success, earning almost $50 million. However, while Lively went on to enjoy some further success (with lead roles in Night of the Creeps and Ghost Chase), Hill would never appear in another theatrically released live-action movie.

By her early twenties, Hill’s diabetes took a greater toll on her appearance, leaving her with puffy cheeks which deterred casting agents from hiring her. 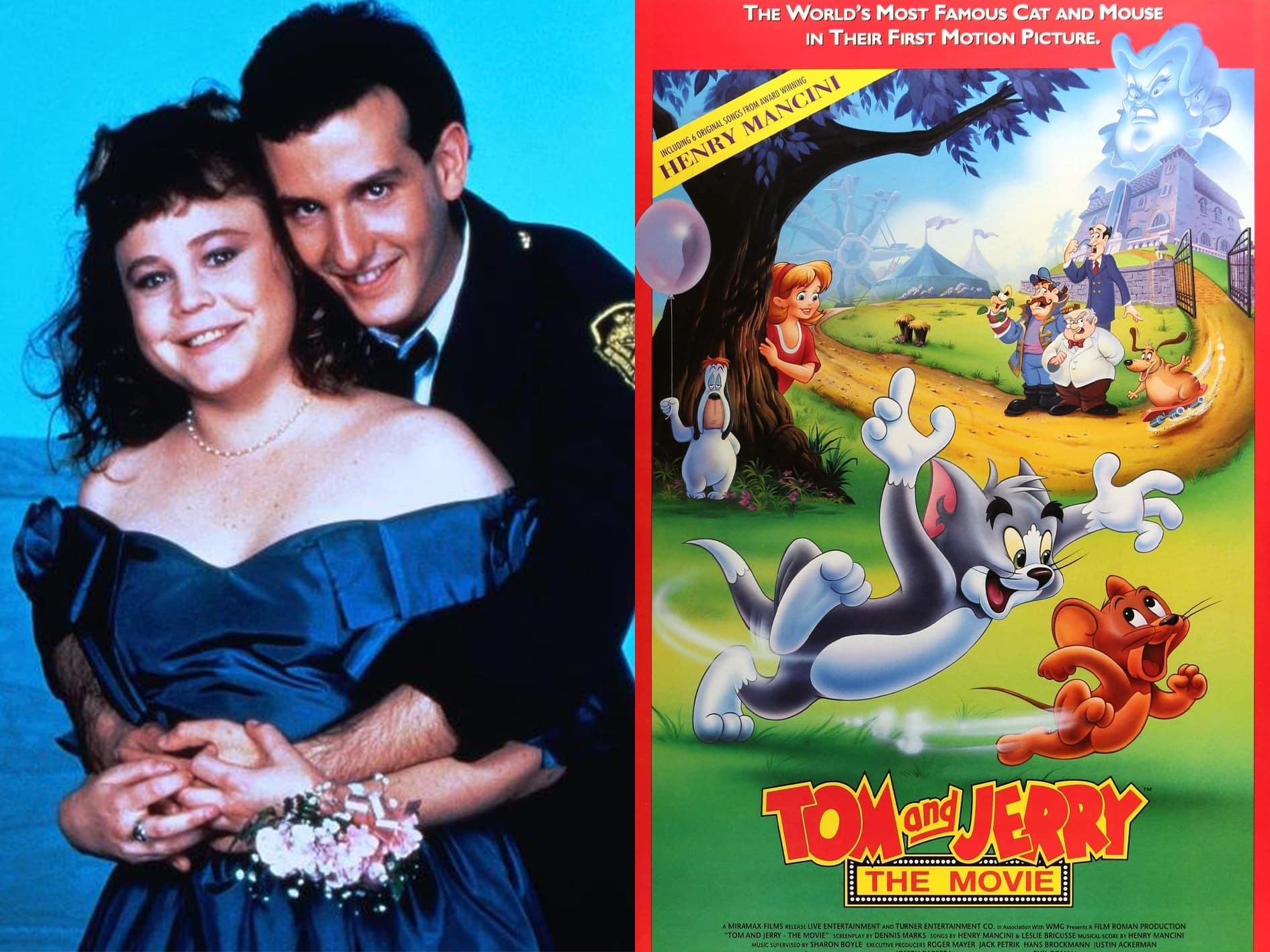 Aside from two TV movies roles – 1986 comedy Combat Academy (alongside a then-unknown George Clooney) and 1991 courtroom drama Final Verdict – all of Hill’s later credits would be as a voice actor. She lent her vocals to animated films Jetsons: The Movie and Rover Dangerfield, voiced Jerry in 1992’s Tom and Jerry: The Movie, and had roles on TV’s Mighty Mouse: The New Adventures, Duckman, Darkwing Duck and many more.

Unfortunately, years of living with diabetes took their toll on Hill emotionally as well as physically. In her later years she began taking medication to combat depression, and some reports claimed that she may have (knowingly or unknowingly) endangered her own life by not keeping as strictly to her sugar-free diet as she needed to. Hill’s mother stated at the time, “She did not take as good care of herself as she could have.” 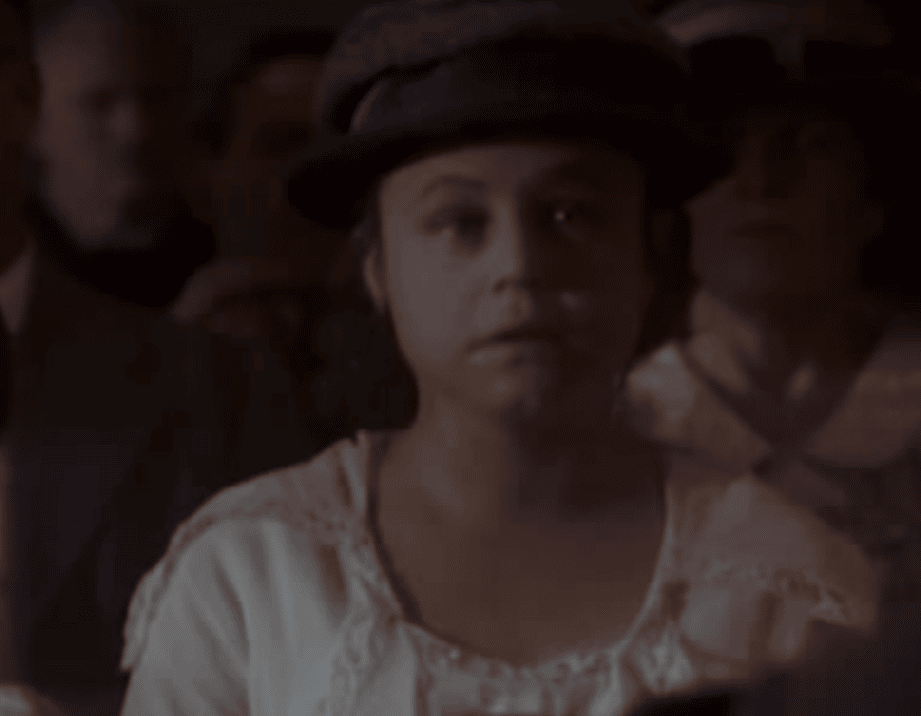 In May 1996, Hill fell into a diabetic coma from which she would not recover. Following a stroke a month later, she finally passed away on July 15, 1996, aged just 32. Tragically, this would not be the only such loss suffered by her family: Hill’s sister, Beth Goetz, also suffered from diabetes and had already died from complications related to the disease.