At 7’2″ in height, American actor Kevin Peter Hall was among the tallest performers ever to grace the screen. His imposing stature helped him become one of the most prominent creature actors of the 80s and early 90s, taking the title role in the Predator movies as well as playing a friendly Bigfoot in family comedy Harry and the Hendersons and its spin-off series.

Hall’s stardom, however, was sadly cut short upon his untimely death. In 1991, an AIDS-related illness ended Hall’s life when he was aged just 35, following a tragic mix-up that saw the actor given a transfusion of HIV-positive blood. Four years after he broke through as the Predator, the great monster performer of his generation was gone – and the former sports star had only just been getting started. 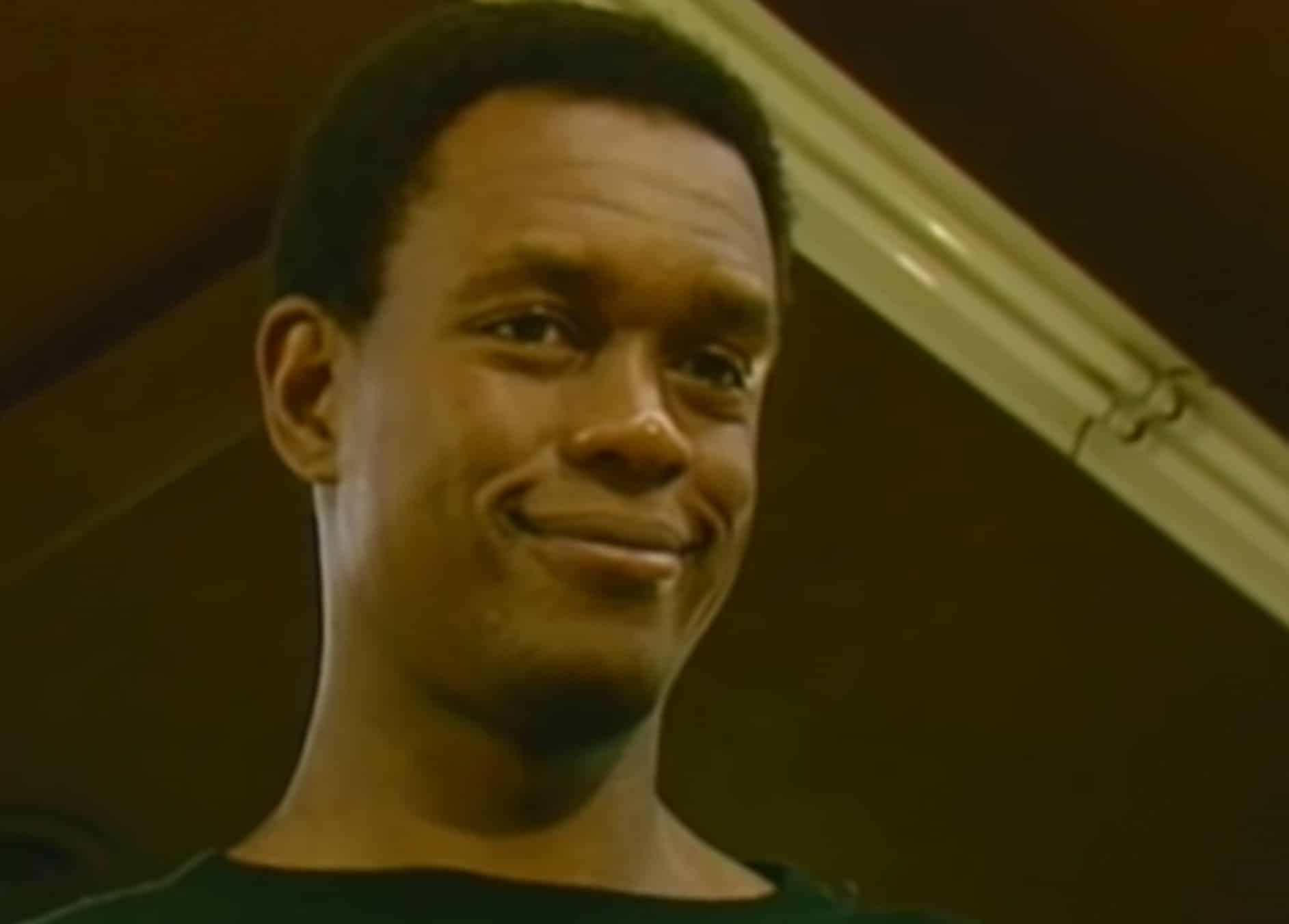 Kevin Peter Hall was born in Pittsburgh on May 9, 1955, to parents who, as might be expected, were very tall themselves. His father Charles reportedly stood 6’6″ tall whilst his mother Sylvia was 6’2″. The couple had seven children, none of whom were any shorter than 6’5″ once fully grown – but Kevin was the biggest of them all.

As might be expected, Hall’s towering height made him a natural fit for basketball, which he played through high school and into college. Even so, as a theatre arts major, Hall’s greatest aspiration was to make it on the stage and screen, rather than the basketball court. Upon graduation Hall pursued the sport first, playing basketball professionally in Venezuela. 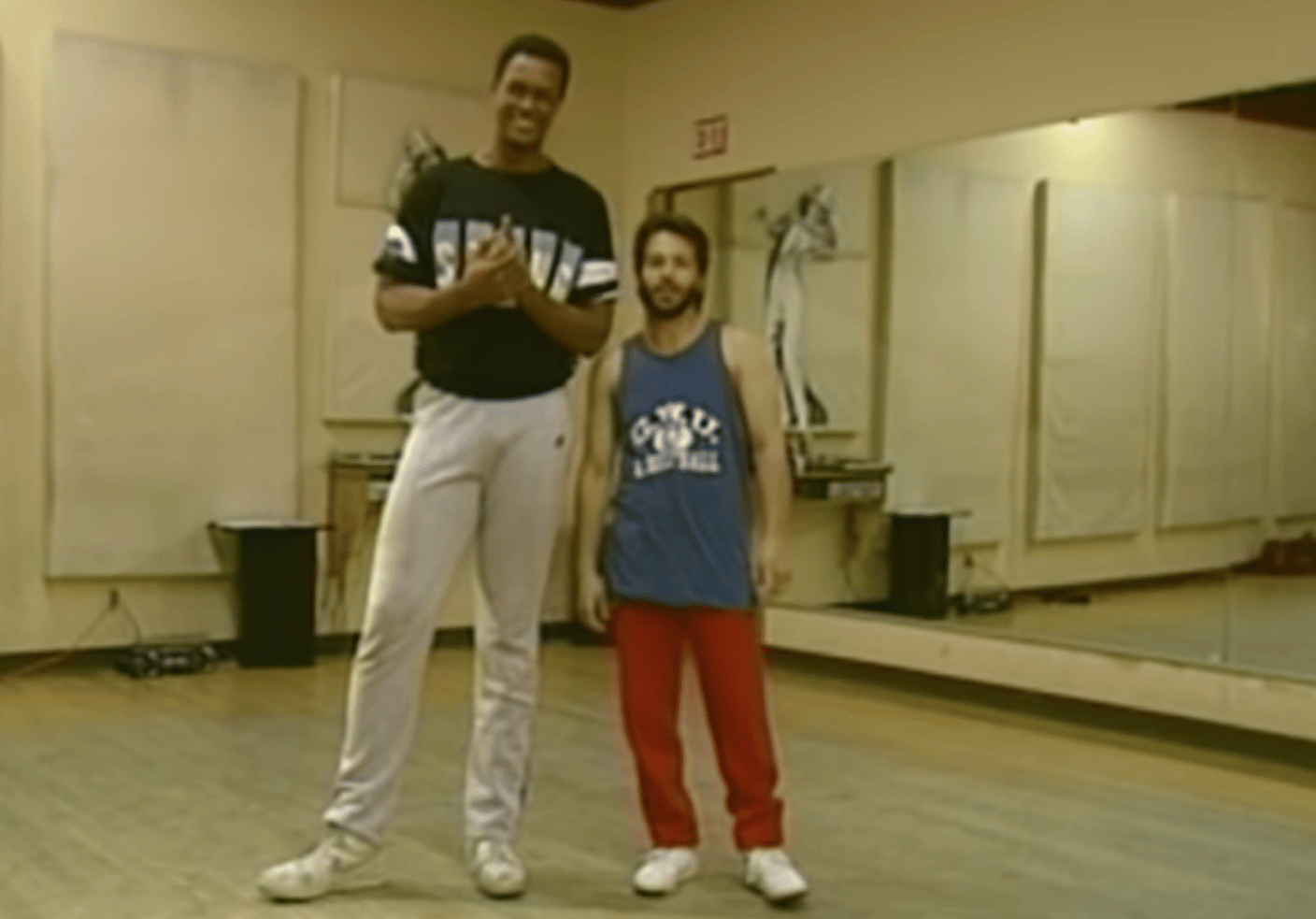 It wasn’t long, though, before Hall relocated to Los Angeles to break into acting. His towering size meant he wasn’t necessarily the obvious choice for standard leading man parts, but Hollywood deemed Hall a natural fit to play monsters.

Such a role proved to be Hall’s screen debut, as he made an uncredited appearance as a mutant bear in 1979 horror movie Prophecy. Further creature roles followed for Hall, including an alien in Without Warning and a dragon-like creature in Mazes and Monsters (also an early film of Tom Hanks’). 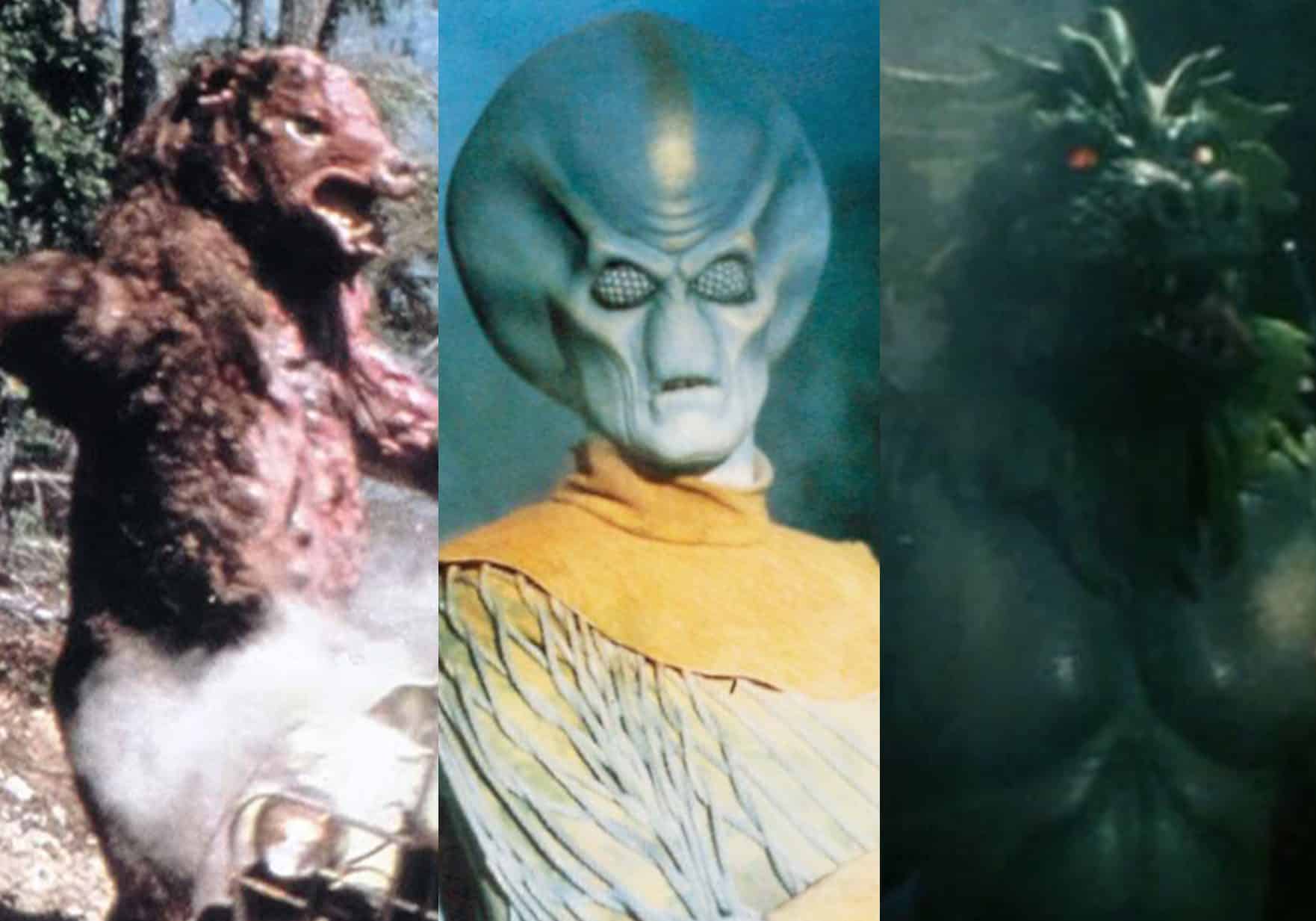 By 1985, however, Hall’s own face gained some exposure with his role as Dr Elvin Lincoln on Misfits of Science, a sci-fi adventure series also notable for featuring an early turn from future Friends superstar Courteney Cox.

Unfortunately, the show wasn’t a big hit, and it was abruptly cancelled after only 16 episodes. Despite this, Hall was soon coming up in the world, with a pair of films set to make him the most prominent creature performer of his day. 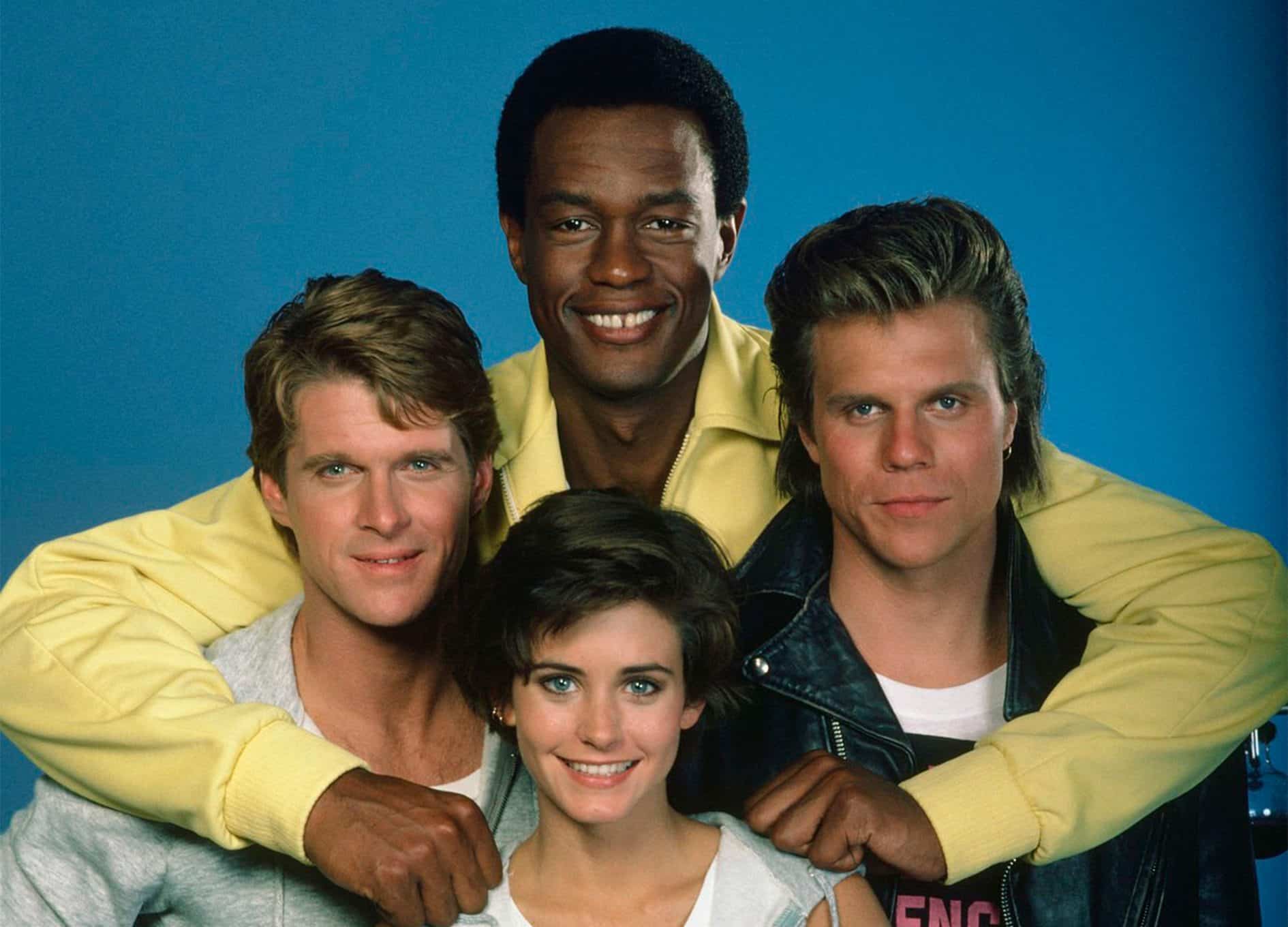 1987 proved to be a very big year for Hall. First, he took the title role in Monster in the Closet, a low-brow, low-budget B-movie which came and went at the box office before finding a small audience on home video.

However, that same year also saw Hall appear in two other films which made a considerably bigger splash in the US and around the world: family comedy Harry and the Hendersons and Arnold Schwarzenegger’s sci-fi action movie Predator, the latter in a role Hall took from original man in the suit Jean-Claude Van Damme. 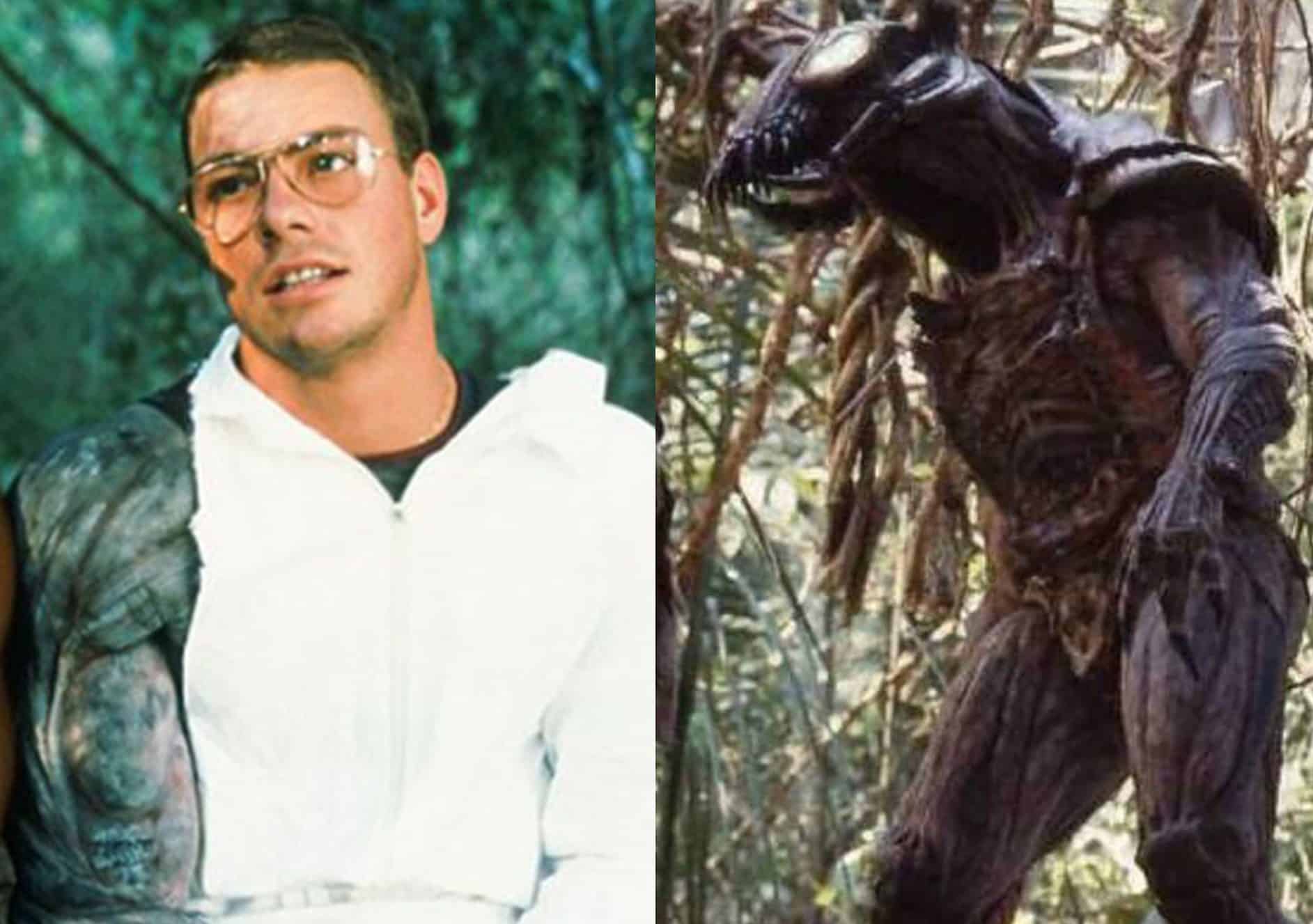 In what has become one of the most notorious ‘what if?’ stories of film history, the title role in Predator was originally given to Van Damme, a then-unknown Belgian karate champion who had yet to break through as a movie star. As well as being far shorter than Kevin Peter Hall at 5’8″, Van Damme was also dressed in a very different, and considerably less effective suit as the sport hunter from outer space.

Accounts vary on exactly why Van Damme wound up exiting Predator, but the filmmakers agreed that to really make the monster work they needed an actor who could make Schwarzenegger and his musclebound co-stars (among them Carl Weathers, Jesse Ventura and Sonny Landham) look like pipsqueaks. Kevin Peter Hall was the obvious choice. 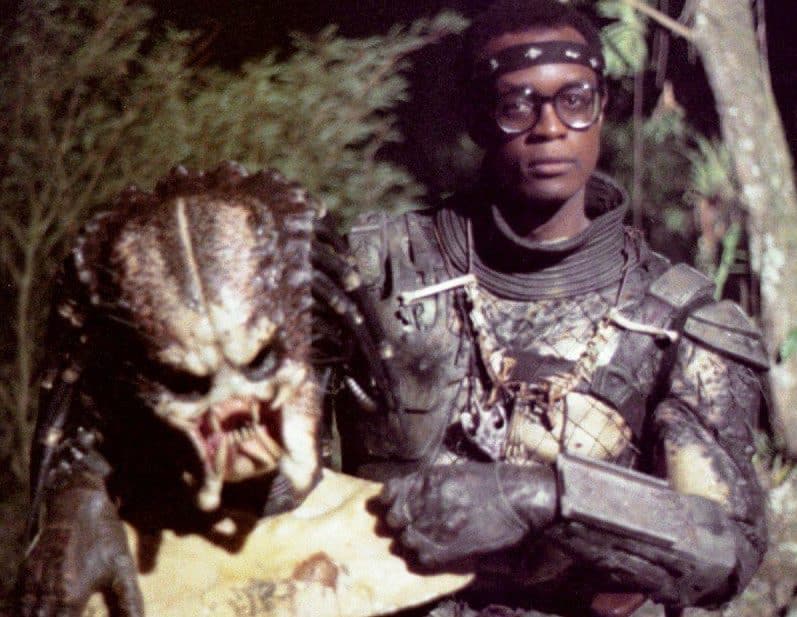 As Carl Weathers later remarked, “When you look at Kevin Peter Hall in that wardrobe and makeup, and with that size, and you see him against Arnold you believe ooh-ooh, Arnie’s in trouble. He made it work. Kevin Peter Hall really made the thing work.”

This is a sentiment many fans and critics would share; in the years since, the Predator has popped up on countless lists of the most iconic movie monsters ever. 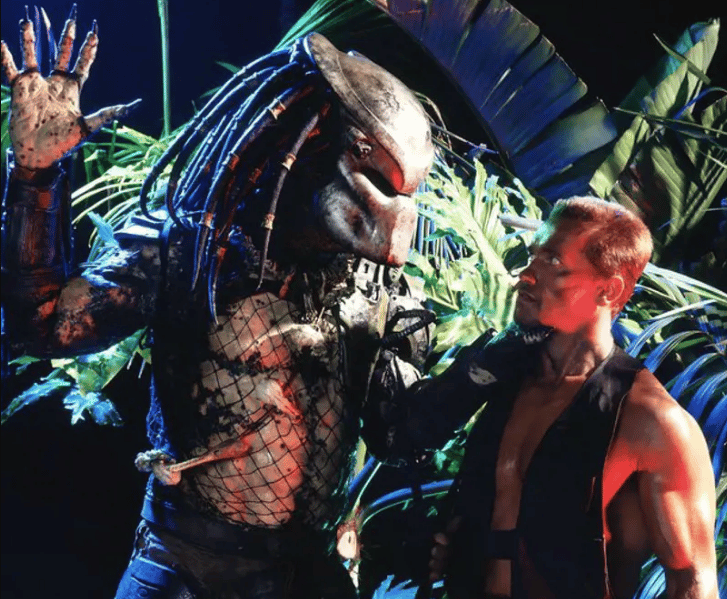 Once Hall joined the Predator cast and crew in Mexico, the shoot proved arduous. Everyone on set was already struggling in the hundred-degree heat and the treacherous jungle terrain; Hall had to deal with this whilst wearing a heavy suit and prosthetic make-up which severely impaired his vision.

Nonetheless, according to special make-up artist Stan Winston, Hall was “very professional” and “complained very little… I don’t remember ever having to lose any shots because he couldn’t be in the suit any longer.” For his part, Hall recognised the importance of his own contribution to creating the character, explaining that he was “the spark, the life that’s inside; without that, you just have a suit.” 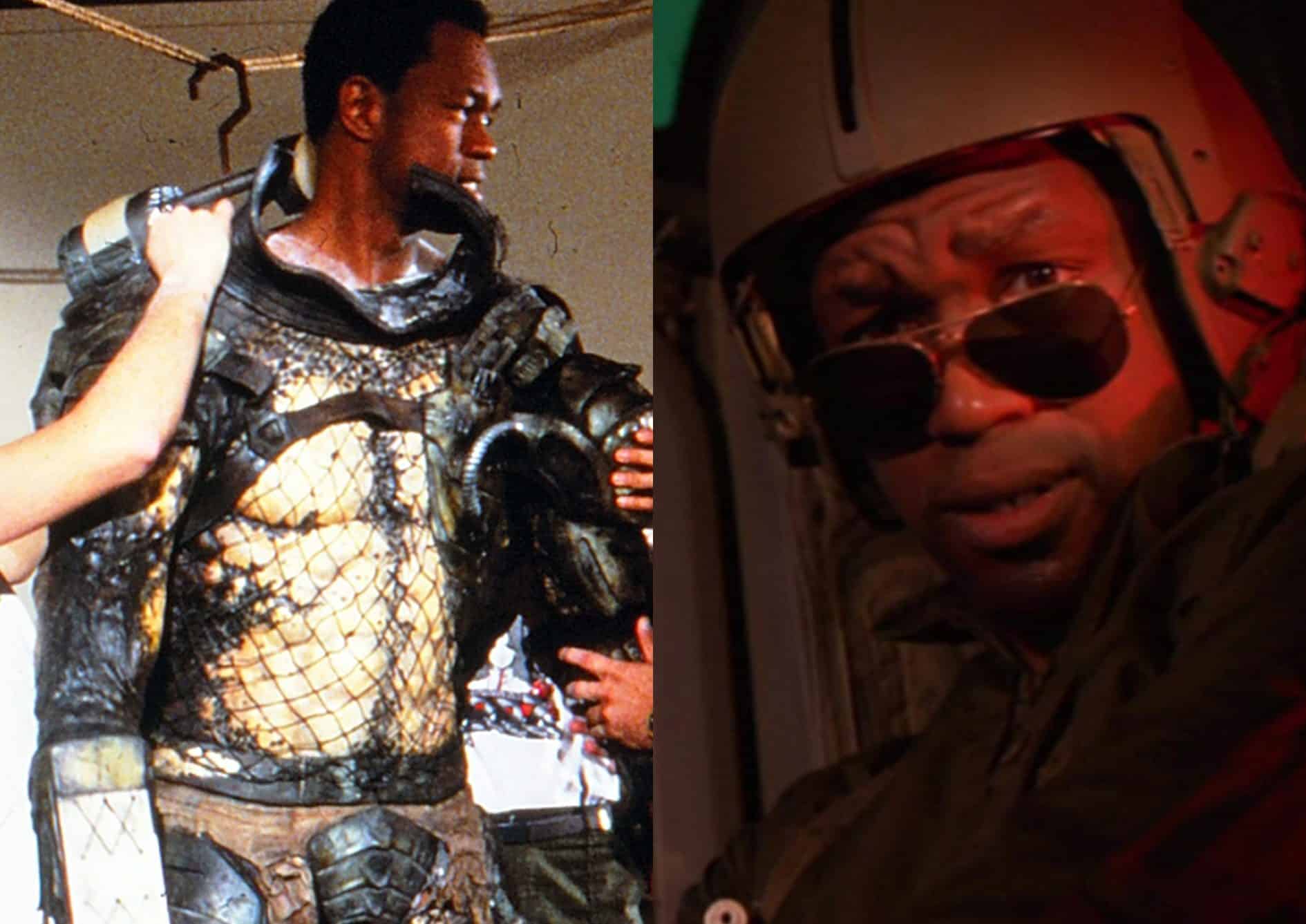 Hall would later state of the experience shooting Predator, “it wasn’t a movie; it was a survival story for all of us.” Nonetheless, Hall got the job done and impressed his colleagues in the process. So pleased were director John McTiernan and producer Joel Silver that they even gave Hall a small second role out of make-up, casting him as the helicopter pilot at the film’s climax.

No sooner was Hall done on Predator than he was again in heavy make-up in a very different creature role: Harry, the benevolent Bigfoot who befriends John Lithgow’s family in Harry and the Hendersons. 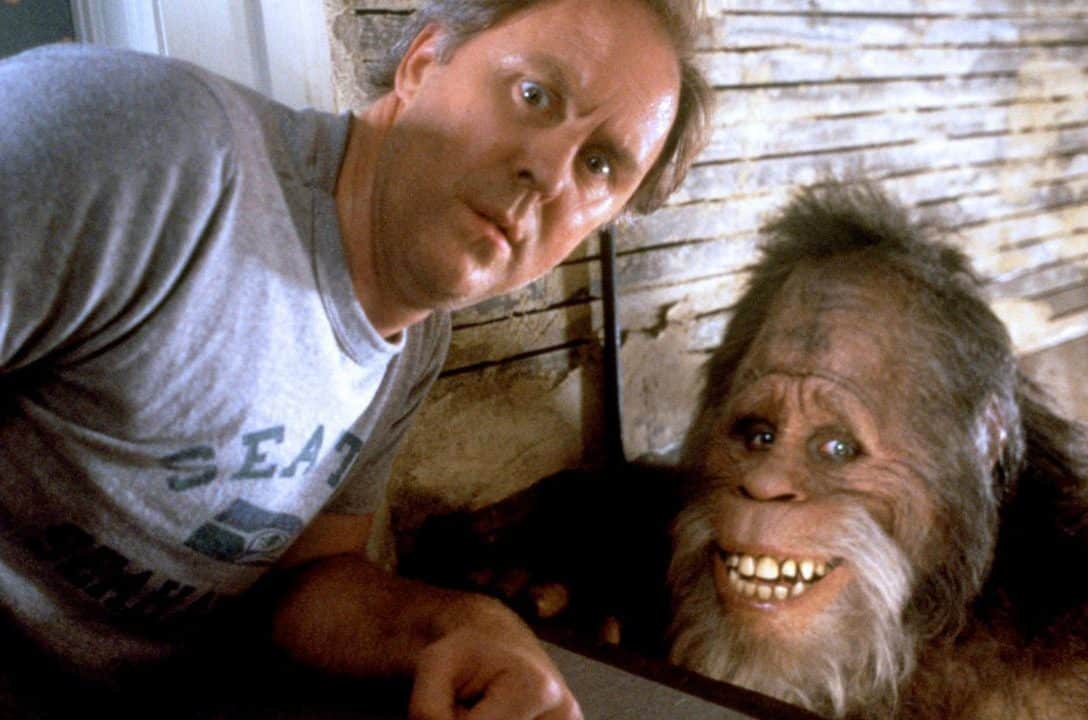 Director William Dear’s family-oriented fantasy comedy didn’t win over critics, but proved popular with audiences, as well as winning an Oscar for the impressive makeup which turned Hall into the mythical missing link. (Funnily enough, Predator was also nominated for that very same Academy Award.)

Both Predator and Harry and the Hendersons proved popular enough to spark follow-ups, the former with a big screen sequel and the latter with a TV sitcom spin-off. In both instances, the rest of the cast changed, but actors who could literally fill Hall’s boots were considerably fewer, hence he reprises both the Predator and Harry in Predator 2 and the Harry and the Hendersons TV series. 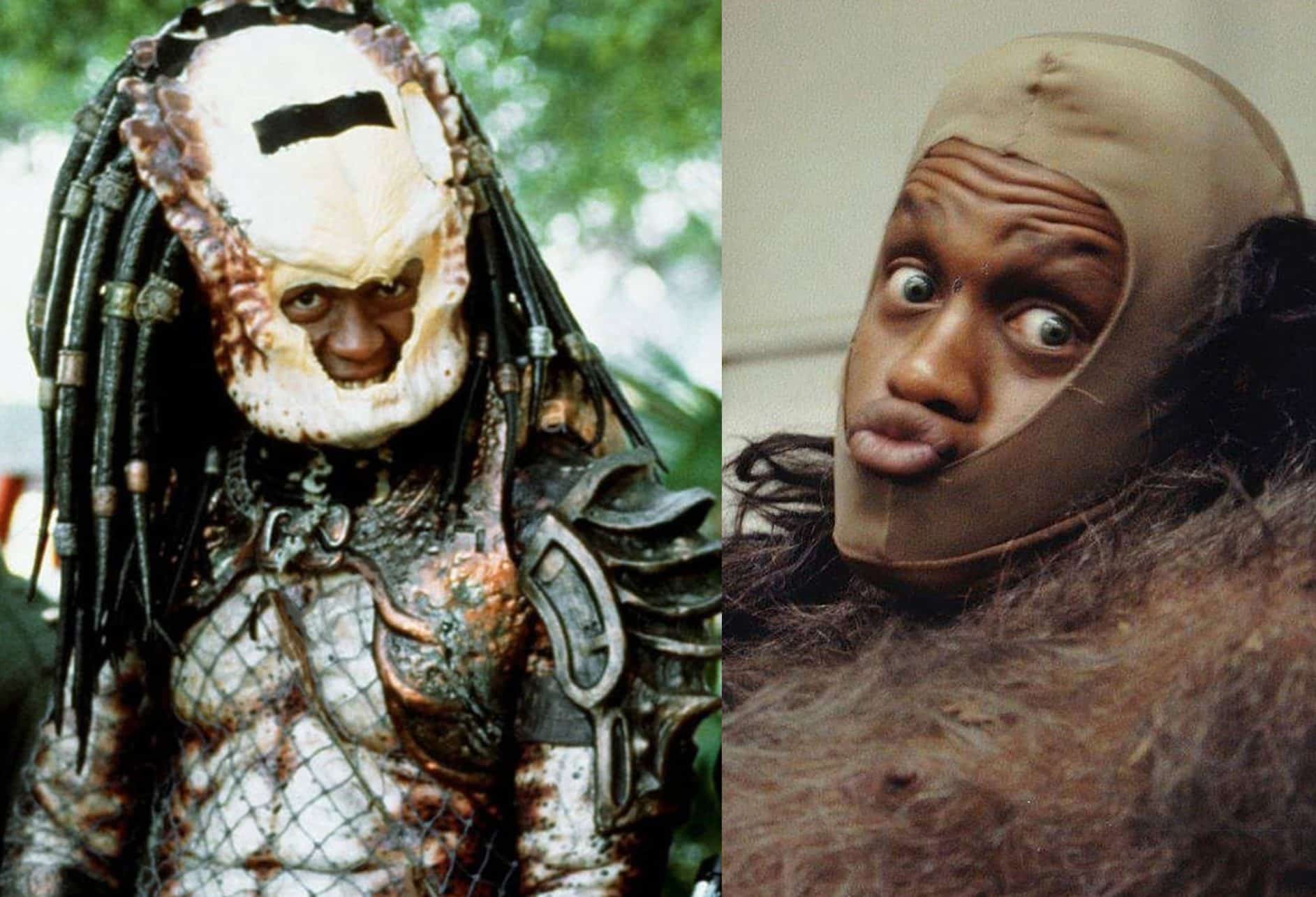 Hall clocked up more screen credits along the way, including a supporting part in Big Top Pee-Wee and a one-off appearance on Star Trek: The Next Generation (on which he had initially been considered for the central role of Geordi La Forge, ultimately taken by LeVar Burton).

Hall also landed a recurring role on TV series 227, on which he met actress Alaina Reed, whom he married in 1988. The actor also appeared in 1991 horror Highway to Hell, as Charon – which sadly proved to be his final film. 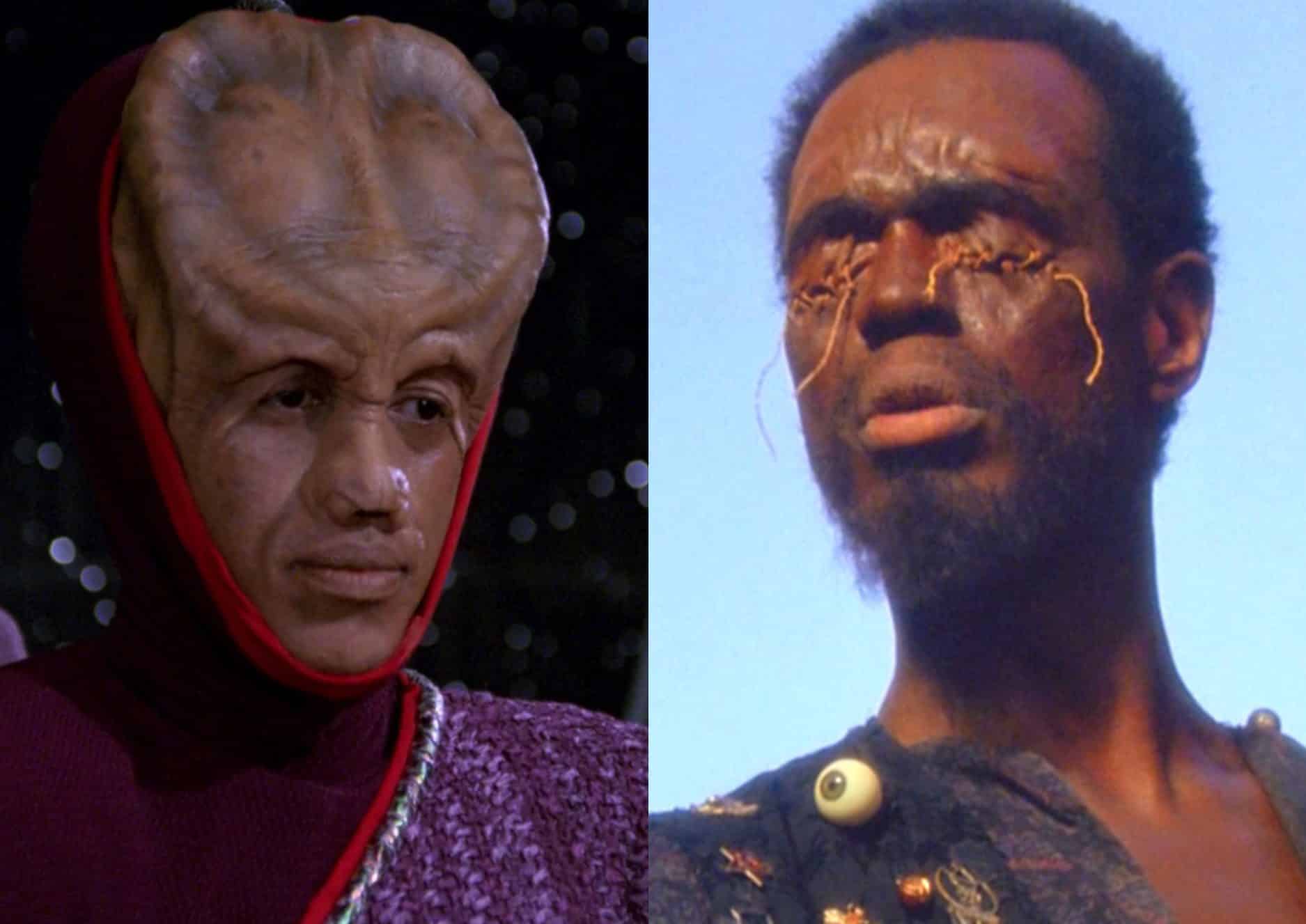 Things took a tragic turn when Hall was seriously injured in a car accident in 1990. Whilst he recovered from his injuries with hospital treatment, the actor was rendered HIV-positive after being unwittingly given a transfusion of infected blood.

As little was known about this condition at the time, Hall’s condition rapidly deteriorated, and he passed away from AIDS-related pneumonia on April 10, 1991. With widespread paranoia and prejudice about HIV and AIDS at the time, following her husband’s death, Alaina Reed Hall would be forced to refute speculation that he was gay.

Defending her decision to stay with Hall at the end of his life, Reed Hall said: “when he told me [he was HIV positive], I just knew I couldn’t leave him. I loved him. He was my friend… what bothered me most was the so-called friends who weren’t there anymore.” Sadly, Reed Hall would herself pass away 18 years later in 2009 from cancer. 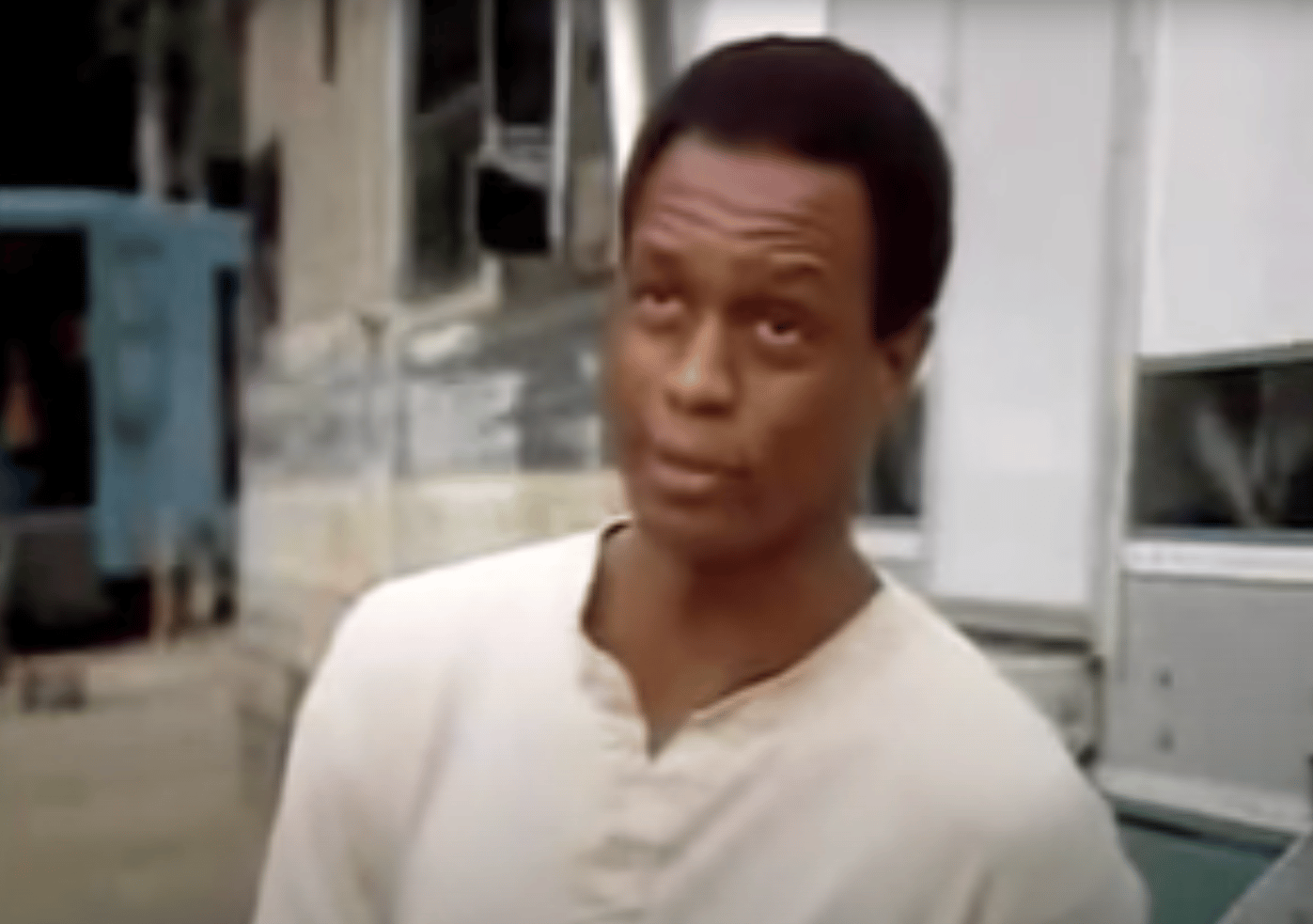 Predator make-up artist Stan Winston (who passed away himself in 2008) remembered Hall as a “wonderfully soft-hearted, intelligent, poetic giant of a man,” co-star Bill Duke called him “one of the kindest human beings I’ve ever met,” whilst director John McTiernan called him “a great kid.”