From bunny-boiling Alex Forrest to puppy-skinning Cruella de Vil, Glenn Close has played an impressive share of dastardly women on the silver screen. Since making a name for herself on Broadway throughout the 1970s and 80s, Close has become a household name with a career spanning five decades.

With an interesting family history and over 50 years of experience on stage and on screen, Close is a fascinating figure. Here are some fun facts you might not have known about one of Hollywood’s leading ladies.

10. She has been nominated for an Oscar seven times but hasn’t won once 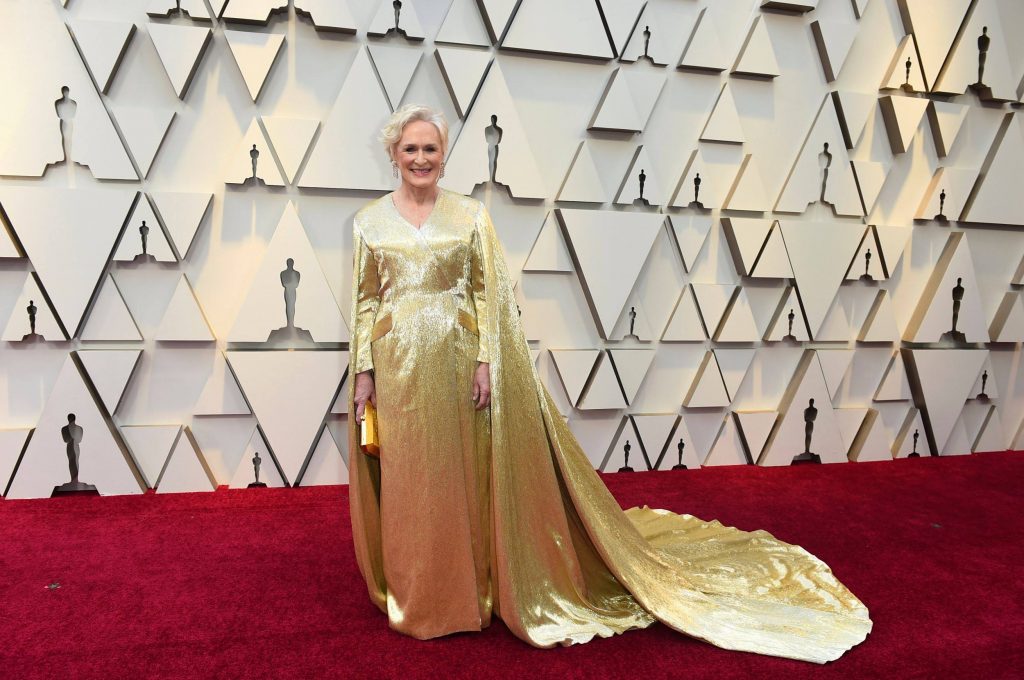 Before 2016, Leonardo DiCaprio was the king of being nominated for an Oscar without ever actually winning one. While Leo was nominated six times before finally nabbing the award, Close has still never won an Academy Award despite receiving seven nominations, making her the only actress without an Oscar to have been nominated seven times.

She received her first nomination 1983 for Best Supporting Actress in The World According To Garp, while her most recent nomination came in 2019 for Best Actress in Jane Anderson’s The Wife.

9. She used to keep all of her on-screen costumes 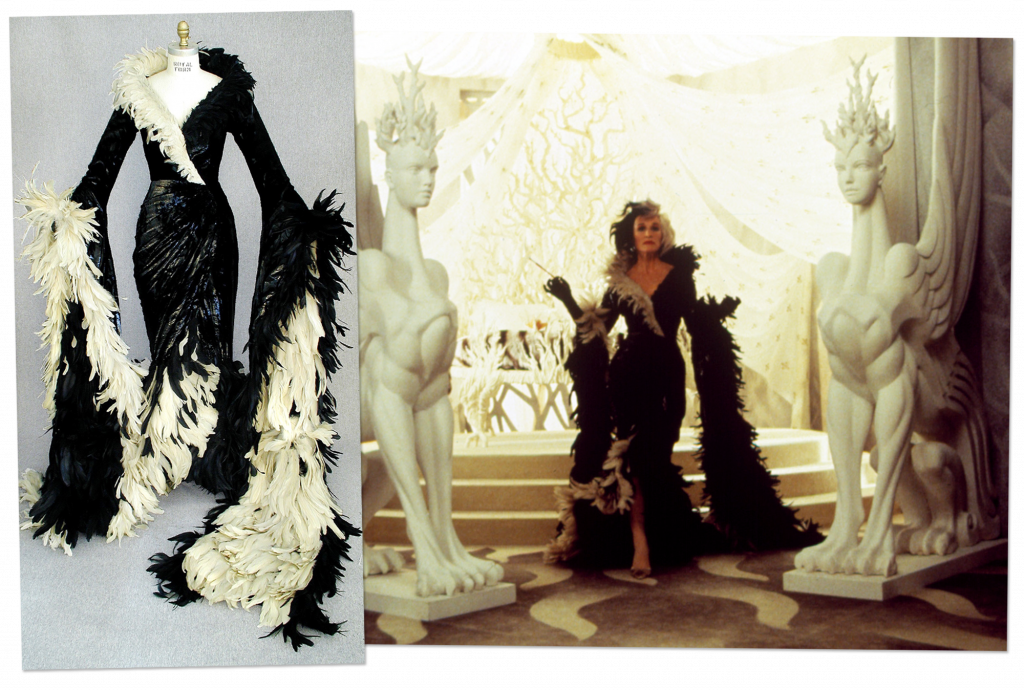 Close held onto all her costumes from her stage, TV, and film projects. There was even a clause on her 101 Dalmatians contract which stipulated that she keep all her costumes after filming wrapped.

In 2017, Close donated her entire collection to Indiana University. “My costume collection has been a treasured possession […] I am thrilled and deeply grateful that my collection will have a permanent home in the beautiful, state-of-the-art archival center on the Bloomington campus of Indiana University,” Close said in a press release. 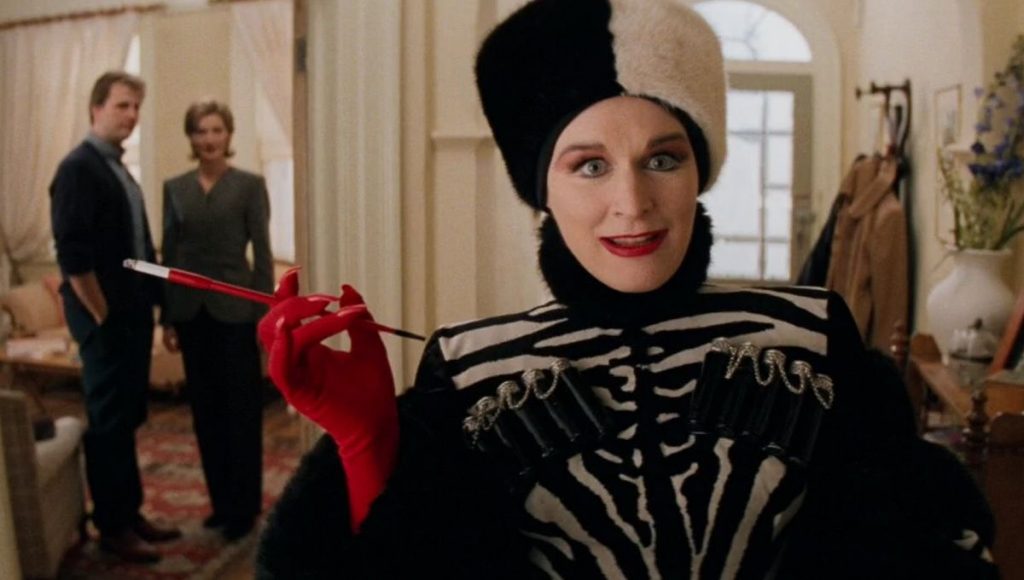 Close was in Sunset Boulevard on Broadway when casting for 101 Dalmatians began and initially had to turn down the role. The producers then approached Sigourney Weaver and Cathy Moriarty, who also both declined.

By the time producers circled back on Close, she was free to play Cruella. And thankfully so – it’s now hard to imagine anyone else as the fur-obsessed femme fatale. 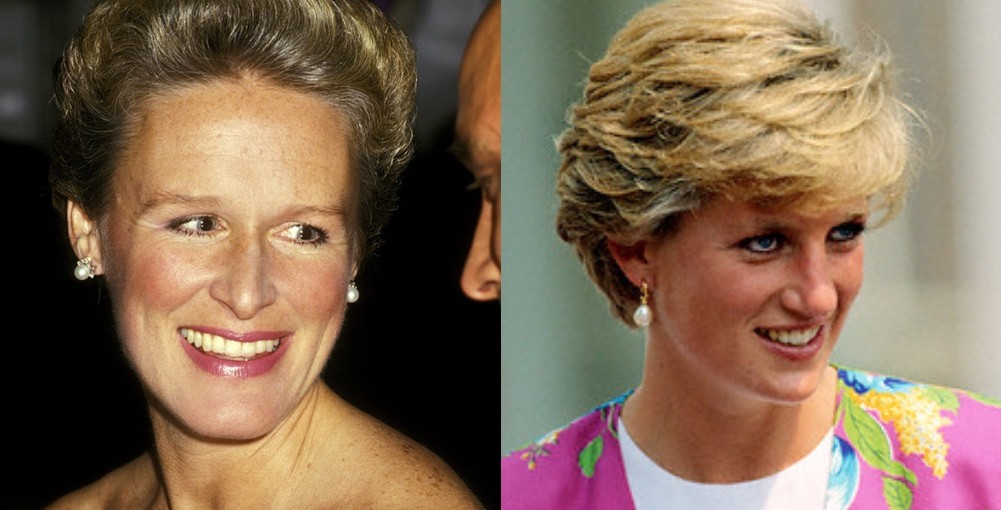 Blue-blooded Close is the late Princess Diana’s eighth cousin – a distant relation, granted, but a relation nonetheless. It’s not too surprising that Close is related to the late Princess of Wales, given that both women were passionate about social issues and renowned for their charitable endeavours. And if you squint, you can sort of see the physical resemblance.

The two long-lost cousins met at the London premiere of Dangerous Liaisons in March 1989.

6. She grew up in a religious cult 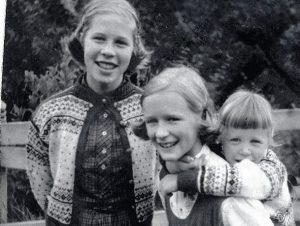 At the age of seven, Close and her family joined a “cult-like” spiritual movement called Moral Re-Armament (MRA). MRA, founded by the evangelical Reverend Frank Buchman, espoused the idea that changing the world began with changing the individual.

The award-winning actress told the Daily Mail: “It was devastating to a child because it meant that at a time when you’re trying to figure out who you are, you’re being told instead who you’re supposed to be.” Close managed to break free of the MRA’s cultish grip and left at the age of 22 to study acting at the College of William and Mary in Virginia.

5. She used to run a bookstore and coffee shop in Montana with her sister 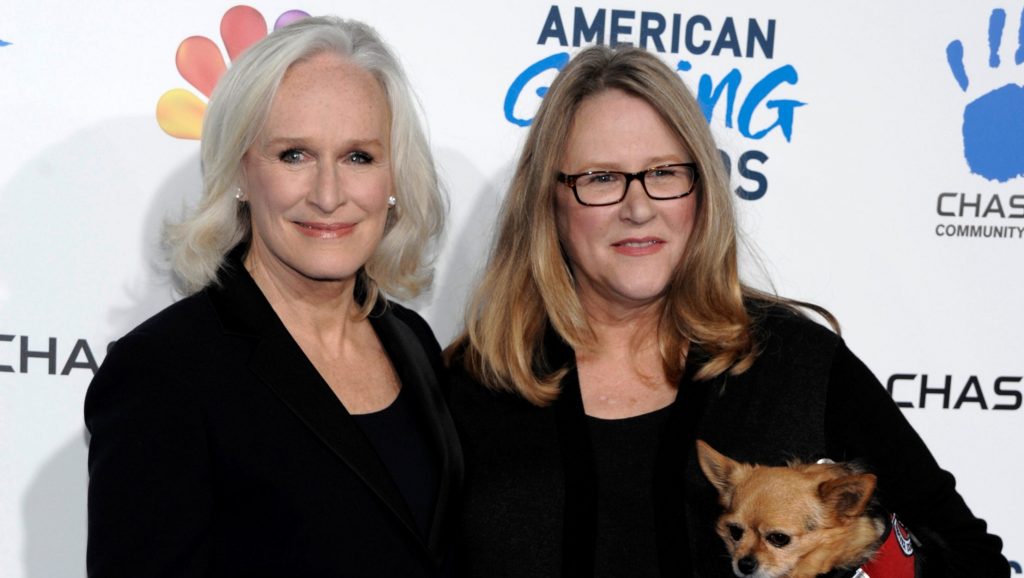 In 1991, Close and her sister purchased a coffee shop and bookstore called Leaf & Bean in Bozeman, Montana. As co-owners, the two sisters ran the establishment for three years before selling it on in 1994.

The coffeehouse kept going for quite some time after, but closed its doors for the final time in 2015. The shopfront once occupied by Leaf & Bean is now a jewellery store. 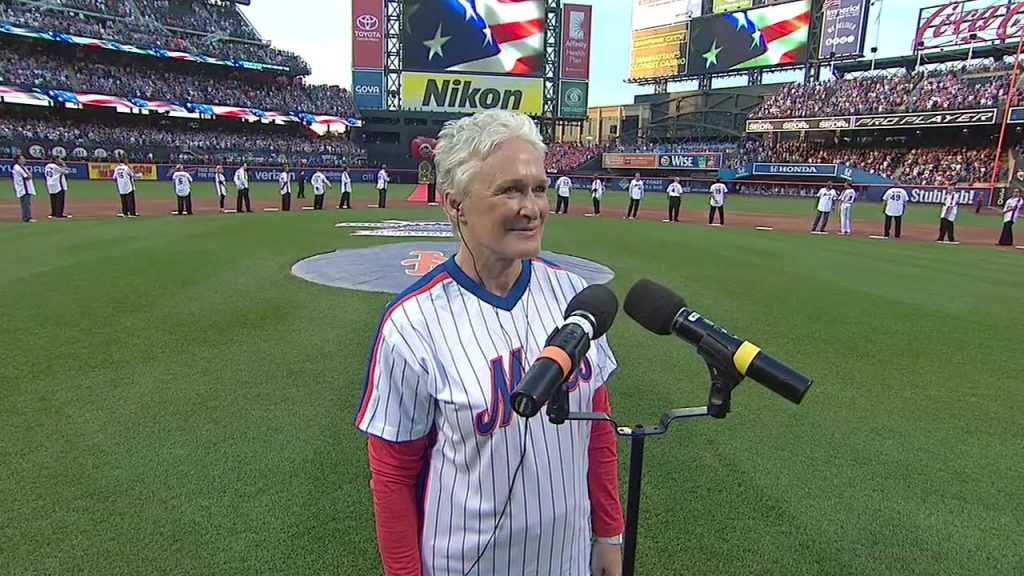 Close’s late grandmother was a huge Yankees fan and got Close into baseball as a child. She initially followed her grandmother’s lead and supported her team, but over time switched over to the New York Mets.

3. She keeps the knife Alex uses to attack Dan in Fatal Attraction framed in her kitchen 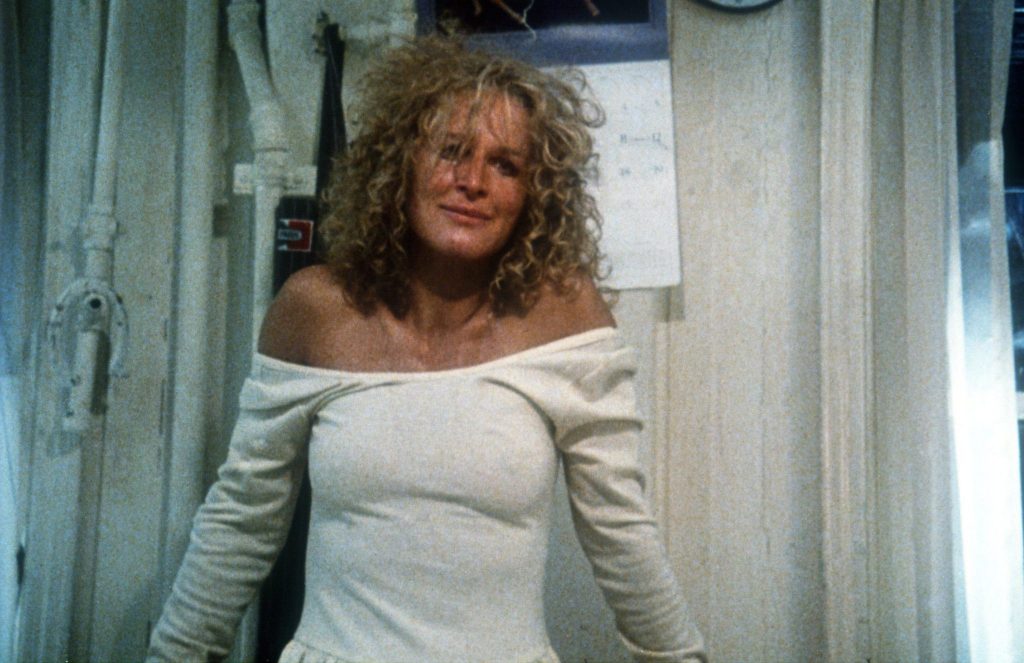 Fatal Attraction’s famously visceral ending nearly didn’t happen – in fact, it was almost even more disturbingly violent. The original Gone Girl-esque ending saw Alex kill herself and frame Dan for the murder, but test audiences were unsatisfied with the outcome and director Adrian Lyne called the cast back in to re-shoot the final scene six months after production had wrapped.

Close was disappointed to see her character degenerate into a totally unhinged psychopath, but it wasn’t all bad – she was thrilled that she got to keep the knife Alex uses to attack Dan. The prop, made of wood and paper, is framed in her kitchen as a memento from the film.

2. She smashed her head against a mirror during the re-shoot of Fatal Attraction’s ending 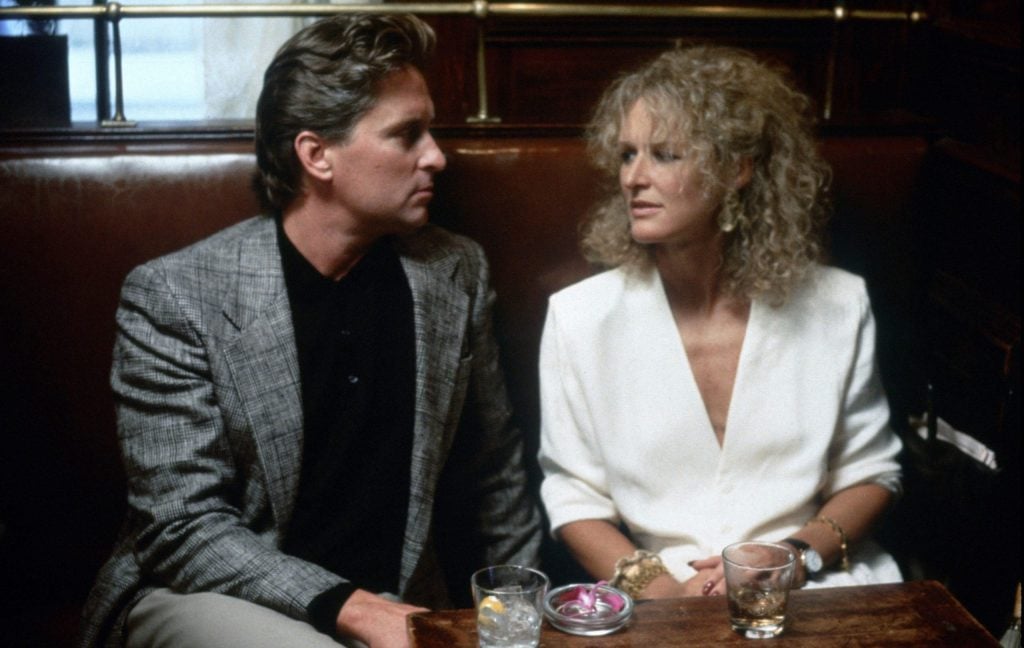 It seems that Michael Douglas, Close’s Fatal Attraction co-star, got a little too enthusiastic when shooting Alex’s death scene. “I was pushed up against the mirror in the bathroom and knocked my head against it and got a concussion. It just was kind of a little bit of dizziness for a minute,” Close said, recalling the incident on the Jonathan Ross Show in 2016.

Unbeknownst to her, Close was also pregnant with her daughter Annie at the time. Thankfully, neither mother nor daughter were seriously hurt.

1. She co-founded a US campaign to destigmatise mental illness 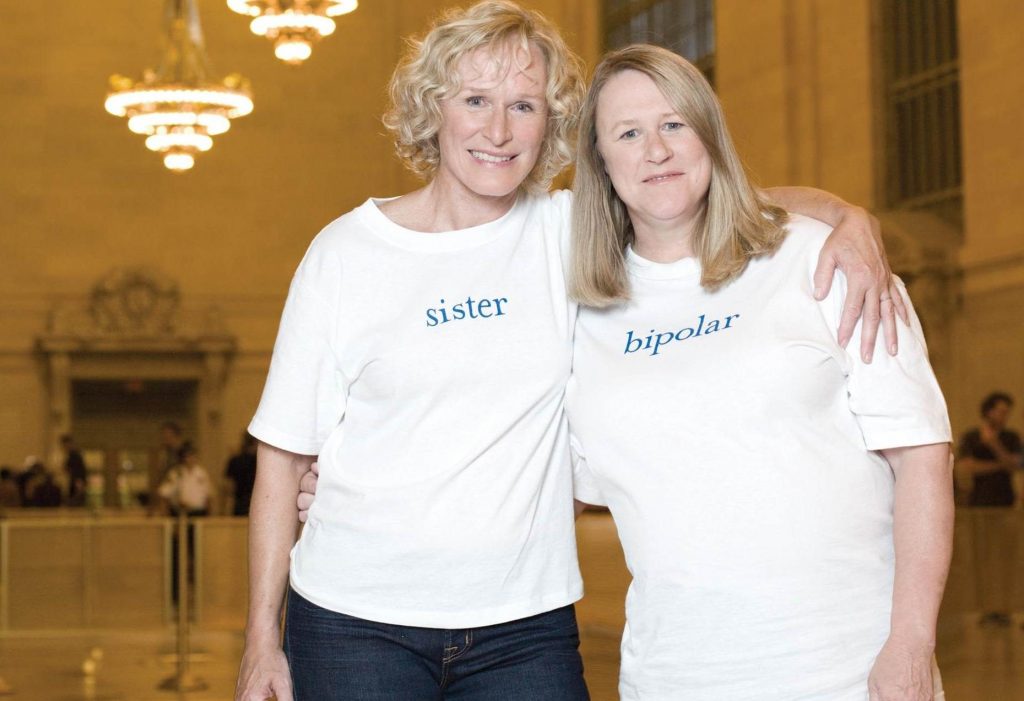 Mental health awareness is a cause close to Close’s heart. Her sister Jessie has suffered with bipolar disorder her whole life, while Jessie’s son and Close’s nephew Calen suffers from schizoaffective disorder.

Keen to teach others about the real-life effects of mental illness, Close helped launch BringChange2Mind in 2010. The nonprofit organisation seeks to destigmatise mental illness and open frank dialogues about mental health. As Close said speaking to Variety, “it’s a chronic illness like anything else.”