Sigourney Weaver turned 70 in 2019, and in the course of a career spanning over four decades she’s rightly earned her title as the “Queen of Sci-Fi“.

Weaver is best known for her role as the peerless Ellen Ripley in Alien (1979) and its various sequels – and, don’t get us wrong, her performance as Ripley was groundbreaking for both female-led and science fiction movies alike.

It’s unlikely that Weaver will ever surpass the equal showing of passion and steel that launched her career into orbit (she even earned a Best Actress nomination for the James Cameron-directed follow-up Aliens (1986)).

That said, it’s not like Weaver hasn’t been busy since her days as the universe’s most famous warrant officer, so join us as we take a look at the rest of her oeuvre, for the 10 best Sigourney Weaver films that aren’t Alien or its sequels.

Amidst the sausage-fest of Ghostbusters, which focuses on the doddering adventures of its three male leads, you might sometimes miss that it was Sigourney Weaver who starred in this comedy classic. After Gozer’s minions discover the attractive cellist Dana Barrett’s keen eye for the paranormal, she’s possessed by the demon Zuul. While Weaver is lacking in screen time, her performance as a possessed soul is unforgettable, as are her withering put-downs of Bill Murray’s romantically inept Venkman.

Dana Barrett returns for Ghostbusters 2 (1989), in which she’s now working as a restoration artist and yet again threatened by ghosts – but the less said about that film the better. Interestingly, Weaver has confirmed that she’ll reprise her role as Barrett for 2020’s Ghostbusters: Afterlife. “It’s going to be crazy working with the guys again!” she recently told Parade magazine.

In the late 80s, Sigourney Weaver was at the top of her game. Having just been nominated for an Academy Award for Aliens – though she lost out to Marlee Matlin for Children of a Lesser God (1986) – Weaver was keen to reestablish her acting bonafides. After all, being a sci-fi action star who just can’t quit is great, but it’s always useful for an actor to show their human side. So Gorillas in the Mist, an adaptation of the autobiography of revered naturalist Dian Fossey, seemed like a perfect fit, and earned Weaver another Oscar nod.

Weaver lost again, this time to Jodie Foster for The Accused (1988), but there’s no doubt that Weaver gives a stirring performance in a film that shows, better than most, the inimitable connection between humans and apes. Weaver has since become the honorary chairwoman of the Dian Fossey Gorilla Fund, and there was even a recent Simpsons episode (Gorillas on the Mast) inspired by the film. That’s how you know it’s good!

Until recently the highest-grossing film of all time, Avatar might not have stuck around in the cultural consciousness as much as you might have expected back in 2009, but it’s certainly earned its place on this list. Plus, when you consider that the four – yes, four – sequels are set to dominate the next decade, there’s no better time to reacquaint yourself with the turquoise colonial epic and Sigourney Weaver’s performance in particular.

Starring as Dr Grace Augustine, Weaver in a sense reprises her role from Gorillas in the Mist, and is a key figure in trying to establish peaceful relations with the Na’vi. It’s not exactly fair to comment on Weaver’s age in terms of her roles, since we’d obviously love to see her back as an action star, but we absolutely appreciate the gravitas and maturity of her later performances. More subtle than in her Ripley days, Weaver brings a heft to Avatar that the film otherwise sorely lacks.

Joss Whedon is best known nowadays for his work on Buffy the Vampire Slayer and the Marvel franchise, bringing a quippy gallop to both. But let’s not forget the period pretty much bang in the middle of these cultural stalwarts when Whedon decided to make less agreeable media. A prime example of this is The Cabin in the Woods, a horror-comedy-mystery-thriller that you might remember dominated water cooler conversations at the time of its release, at least in part because it’s simply bizarre. The plot, within the limits of a sentence, concerns a long-forgotten ritual that involves murder and sex by and with college students.

Understandably, if you’ve got a plot that’s far from paint-by-numbers, you need a grounding presence so it all seems like it makes sense. And that’s exactly what Sigourney Weaver does here as The Director. Once she arrives at the end of the film to reveal some of the mysteries, you feel a sense of ease with the world. And then unease as she’s brutally murdered. 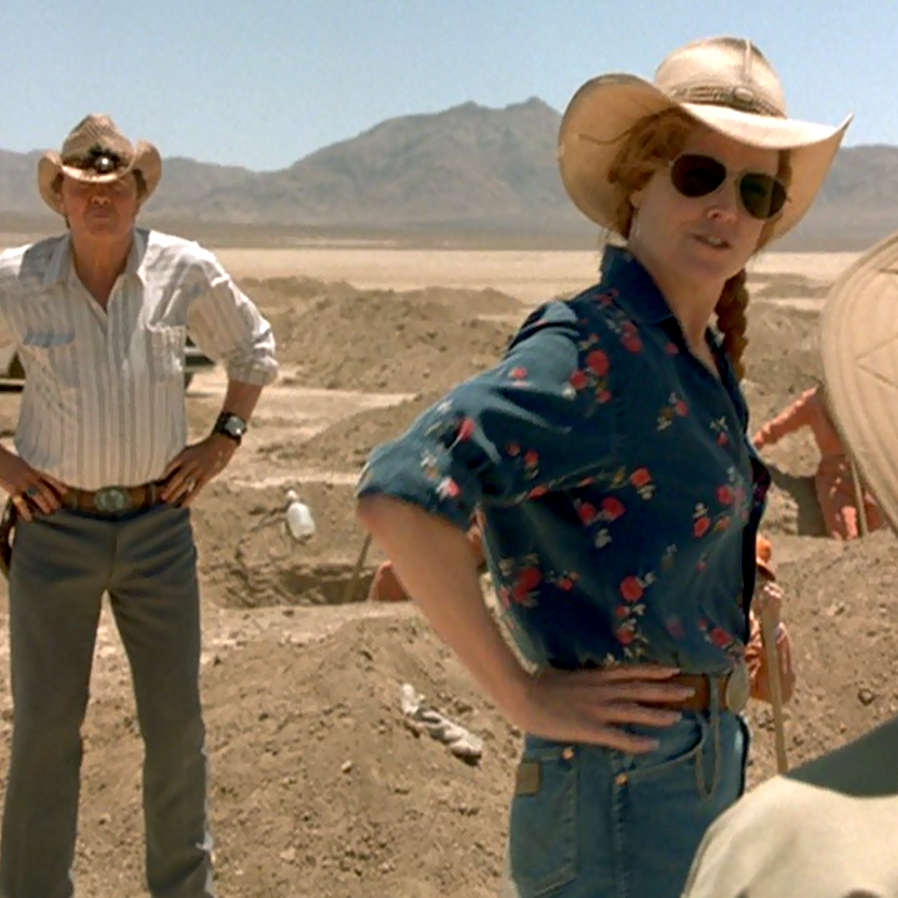 So far in this list we haven’t given enough appreciation for Sigourney Weaver’s comedy chops, and her capabilities as a villain; she shows off both in Holes. It’s not groundbreaking cinema, but Holes is a lot of fun and one of the best Shia LaBeouf films to date. (It’s certainly the best family-friendly Labeouf film.) Weaver stars in Holes as Camp Warden Louise Walker, who heads up the cruel scheme to make young reprobates dig holes in the desert because it “builds character.” What they don’t know is that there’s a buried treasure in the sand, and Walker is determined to cash in.

In the context of Weaver’s career, you could argue that her performance in Holes as a hard-nosed villain was an attempt to reset the dial; having possibly oversteered after the Alien franchise into romance and drama, Weaver shows she can still put a boot right where it hurts and walk away smirking. Basically, if Sigourney Weaver was in a queue at the post office, you’d cut in front of her at your peril.

This one might be a bit of a cheat, since Sigourney Weaver doesn’t feature in much of the film, but WALL·E is such a gosh darn adorable and brilliant film that it had to make the list. It follows a lonely garbage droid who suddenly comes into contact with a new robot and, consequently, the remnants of humanity that sent it. You might not even have realised, but Sigourney Weaver plays the voice of the Axiom computer, in effect the god of the interstellar cruise ship that has become the human race’s last hope. This is not to be confused with AUTO, the villainous autopilot who tries to take over the ship.

Weaver herself has only praise for the film. Speaking to the LA Times in 2008, Weaver said: “I think it was given to me because [the director] Andrew Stanton loves science fiction and is such a fan of the Alien movies. And he thought it would be funny after having such an important computer mother in Alien, if I played the ship’s computer. I’m playing such a small part, but it’s such a great movie to be a part of, I’d play the wastebasket.”

Awards aren’t everything, but there was no way we were going to write a list of Sigourney Weaver’s best films and not include this one, the last of the films for which she was Oscar-tipped. This time competing for Best Supporting Actress – in the same year as her Gorillas in the Mist nomination – Weaver lost out yet again to Geena Davis for The Accidental Tourist (1985). It’s criminal! Golden statuette or no, Working Girl is an example of a particular kind of 80s film: one that sees cutthroat businesspeople competing for a slice of Manhattan, and all the money and power that entails. And who better to cut some throats than Sigourney Weaver?

Melanie Griffiths stars as a nervous, working-class business graduate who’s trying to make it big, and Weaver is her superior executive. Initially, Katharine (Weaver) seems supportive, before later double-crossing her new employee and trying to pass off her ideas as her own. In the mix is competition for an old flame (played by – who else? – Harrison Ford) and the fate of their respective careers. This is a film all about power and grit and, let’s face it, that’s something Sigourney Weaver can summon in spades.

One of the unspoken rules of Hollywood is that every actor, however pigeonholed or seemingly unsuitable, will at some point take a crack at Genuine Artistic Drama. Think Jonah Hill in the Netflix miniseries Maniac (2018), or Shia LaBeouf doing whatever it is he’s doing nowadays. The only thing is, most of them struggle to pull it off – but Sigourney Weaver did. Directed by Ang Lee, The Ice Storm was adapted from a critically acclaimed novel about the malaise of two upper-class families in the 70s and their attempts at escapism through alcohol and adultery. Sound artistic enough yet?

Weaver plays Janey Carver, whose affair with Ben Hood (Kevin Kline) is the locus of the film. Andrew Johnston of Time Out New York described the film as one that “cuts through the kitsch to explore the emotional black hole at the heart of the period, the result being an utterly devastating and truly adult drama of the first order.” There’s nothing out of the ordinary except the luxuries on display, but it turns out that Sigourney Weaver doesn’t need to murder the queen of a vicious alien race to make an impact.

Dave is a political comedy about a man who’s so good at impersonating the president that he becomes embroiled in a scheme to take over the White House. Caught in the whirlwind is First Lady Ellen Mitchell, who only belatedly realises her husband has been replaced by an imposter. In a film about hi-jinx at the highest levels of government, it would be easy for a lesser actor to become lost in the squall. Sigourney Weaver, on the other hand, makes the role her own. Ultimately falling in love with Dave, Ellen becomes the emotional core of the film: a woman wronged by the world who just wants to do some good. Far from being a throwaway character, Weaver’s performance is crucial to how the plot resolves.

Incidentally, the film begins after the real president has a stroke during an affair with a White House staffer. Then-President Bill Clinton went on record about the film, describing it as a “funny, often accurate lampooning of politicians…” Clinton would go on to subtly reference the film during his own adultery scandal, saying that “I was hired to do a job for the American people” – a line lifted straight from the screenplay for Dave. 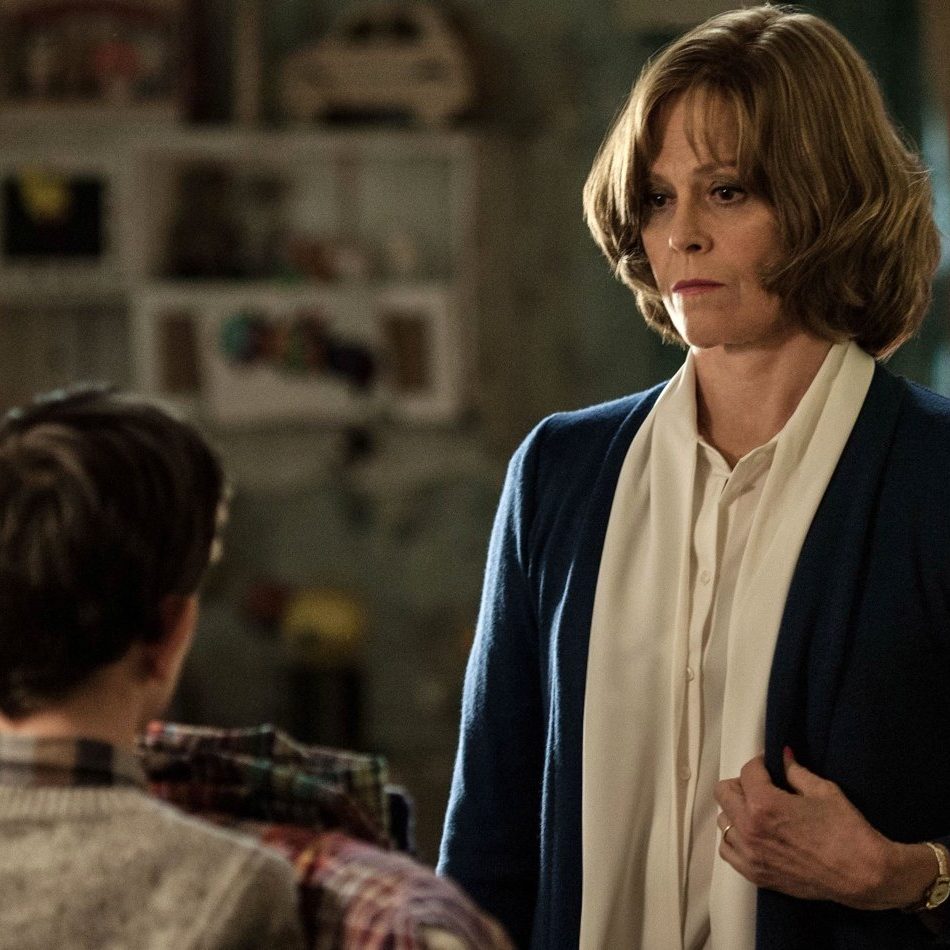 A Monster Calls is one of Sigourney Weaver’s most recent films, though she’s been confirmed to return for every Avatar sequel, meaning we’ll still be seeing a lot of her on the silver screen. This adaptation of Patrick Ness’ graphic novel disappointed at the box office, and Weaver’s character doesn’t even get a name: she’s just Grandma. So you’d be forgiven for asking: why is it so special? A Monster Calls is the story of a young boy coping with his mother’s cancer diagnosis; with the boy often betrayed by his father, Grandma is eventually and reluctantly called in to take over his care. Stern and apparently unable to connect with her grandson, Grandma is the closest thing we get to a villain in the film – besides, of course, the illness that casts a pall over everything.

It’s only towards the end of the film that Grandma opens up. After all, it’s not just a mother who’s dying: it’s a daughter. And the breaking point is handled so deftly by Weaver that it’s hard to put into words. There’s a lot more to this film, but if you give it a look for Weaver’s performance alone, that’s enough.