These Are The 10 Greatest 1980s Christmas Presents

The weeks leading up to a 1980s Christmas made for an exciting period – especially when we used the latest Argos catalogue or a trip to Toys “R” Us to inspire our extremely optimistic Christmas present wish list.

If you’re anything like us, then your page of festive requests in the 80s featured hundreds of pounds’ worth of the latest toys, games and gadgets, causing your parents to try and narrow down the list to the two or three things that you really wanted to be gifted on December 25th.

The large amount of legendary items from our childhood meant that compiling a list of the very greatest was an almost impossible task. Nonetheless, we’ve racked our brains and feel like the following top 10 is a fair representation of the very best Christmas presents that the 1980s had to offer. 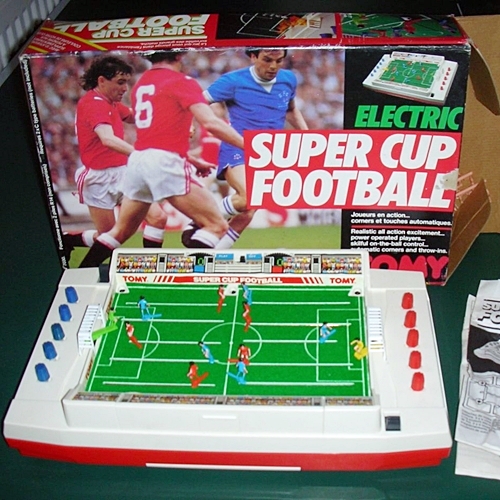 The 80s boys among you will know exactly what we’re talking about when we say that Super Cup Football was the greatest electronic representation of the beautiful game that we’ve ever come across.

You can keep your modern FIFA video games, because a game of Super Cup Football against our best mate made us feel like we were battling to lift the FA Cup at Wembley Stadium. 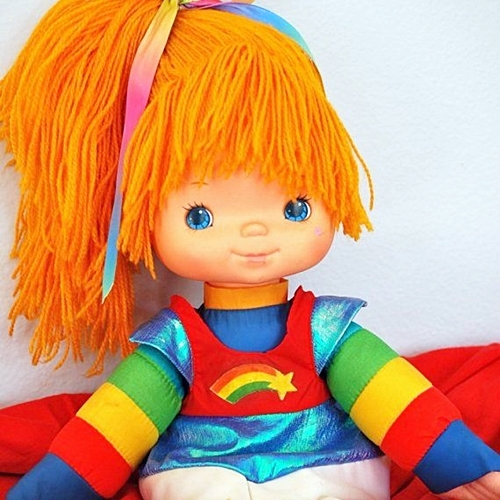 Picking one particular doll to highlight above all the others was tough, but we put aside the Care Bears and Strawberry Shortcake to include a particularly colourful 1980s favourite.

Originally created by Hallmark Cards and known as Magical Girl Rainbow Brite in Japan, this popular franchise gave us bedspreads, wallpaper and a cartoon series alongside the classic soft toy. 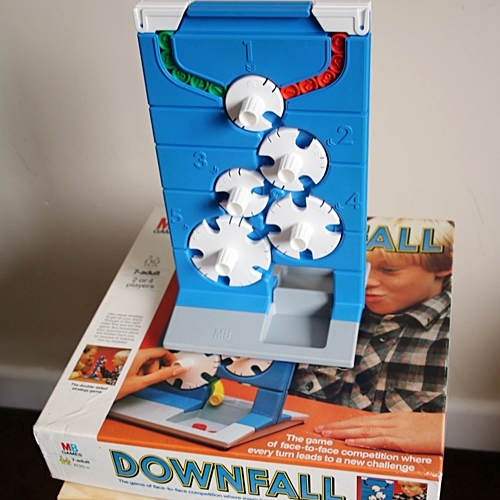 We’ve narrowed down hundreds of fantastic 80s games to the two we believe represent our childhood the best, with the brilliant Downfall coming in at number eight on our festive countdown.

Actually first introduced in 1970, Downfall is a competitive game where you aim to be the first to retrieve your coloured counters – and block your opponent from retrieving theirs – by moving five slotted dials on each side of the vertical board. 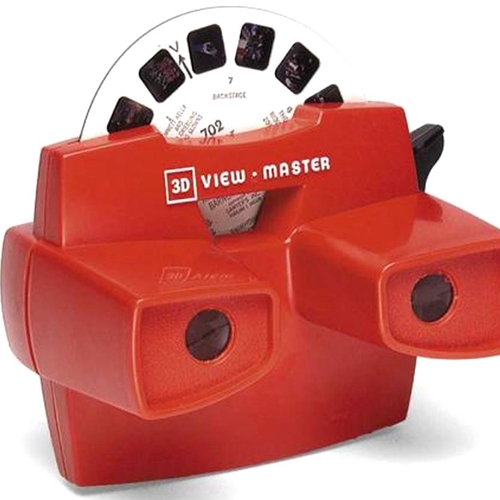 We’re not interested in the expensive virtual reality headsets you can purchase these days, because in our eyes there was nothing better than spending hours with our childhood View-Master.

Allowing us to see 3D representations of everything from wildlife to our favourite animated TV series, playing with a View-Master was like stepping into a whole other world. 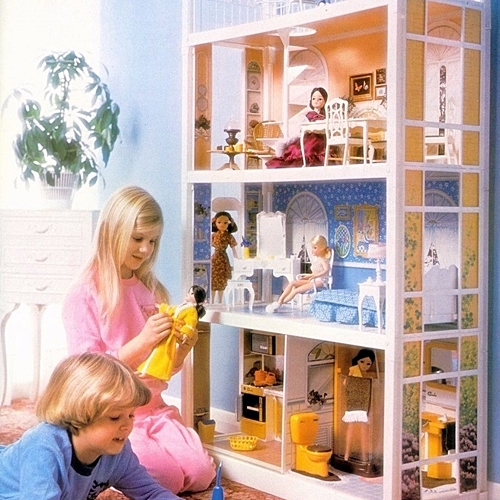 The ultimate Christmas present for many an 80s girl, Sindy’s gorgeous Dream House was a gigantic treat that barely fit through the average front door.

Giving our dolls and their various furniture and accessories plenty of room to breathe, this wonderful item was indeed a dream house both for Sindy and for us. 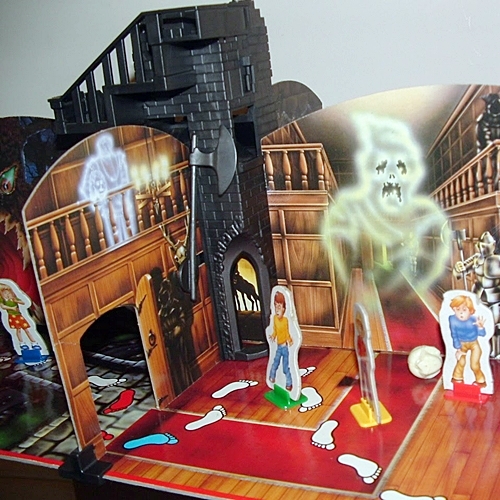 We believe that Ghost Castle was the greatest and most sought-after board game of our childhood, and those lucky enough to receive it on December 25th would have spent hours exploring its various spooky rooms.

Featuring a skull that you dropped down a chute, an axe that could lay waste to our character and even a spooky skeleton, Ghost Castle was a true 80s classic. 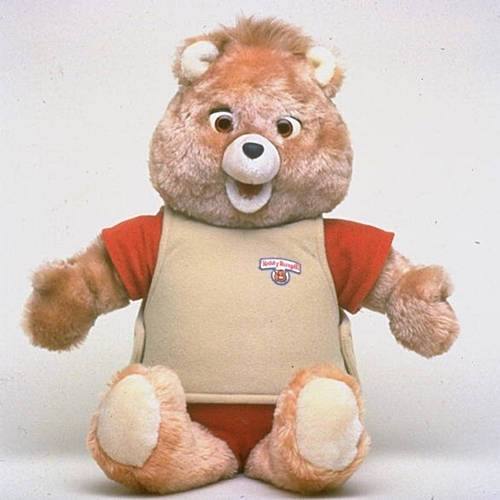 Was there a greater cuddly toy to find underneath your Christmas tree than the adorable furry friend that was Teddy Ruxpin?

Not only did Teddy Ruxpin keep us warm during the cold winter nights, but he also entertained us by reading stories and playing songs.

We could have picked the Millennium Falcon, Optimus Prime, Lion-O or the Teenage Mutant Ninja Turtles, but we truly believe the most sought after Christmas present for 80s boys (as well as many girls) was Castle Grayskull.

He-Man’s base of operations featured a throne, a weapons rack and a trap door that we would delight in dropping his arch nemesis Skeletor through over and over again. 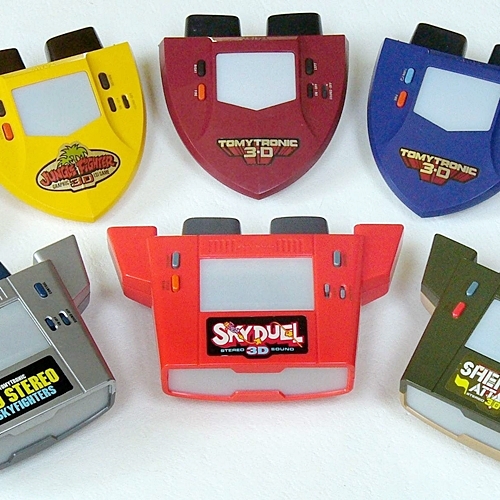 An electronic item that only the luckiest of us received in our stockings, Tomytronic 3D games transported us to another world as we battled sharks, defended ourselves against aliens and raced cars.

There were seven amazing Tomytronic 3D games in all, but even owning one of these classic devices was enough to keep us entertained for hours on Christmas Day. 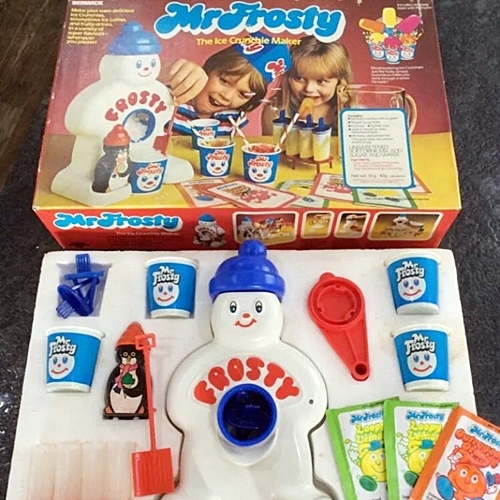 There can surely be no argument in saying that Mr Frosty was the one item that all 80s children were desperate to unwrap on December 25th.

Letting us make ourselves even colder during the winter months as we constructed our own ice drinks and lollies, we’re awarding Mr Frosty the title of the greatest Christmas present of the entire 1980s.