The Top 20 Greatest 1980s TV Characters: The Results Are In!

We love getting into a good debate, and recently we asked a question that is bound to cause disagreements – and, dare we say, even arguments – among all true 80s kids. The question we posed was ‘who is the greatest 1980s TV character of them all?’ and hundreds of you cast your vote in the poll to end all polls.

An initial selection of 15 classic fictional TV characters soon expanded to a list of over 40 as you added your own personal favourites (how could we have left out Orville the Duck, She-Ra, Inspector Gadget and Super Gran?) The votes have been counted and the results are in, so put your feet up and relax as we offer you a slice of retro relaxation with, listed in reverse order, the Top 20 Greatest 1980s TV characters. 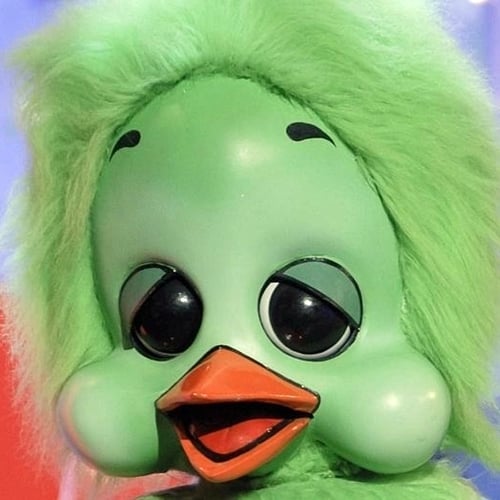 Still wishing he could fly right up to the sky, the gorgeous Orville the Duck kicks off our countdown at number 20.

Unfortunately, there is no sign of his arch-rival Cuddles, which we expect would cause the monkey to enviously react with his familiar catchphrase: “I hate that duck.” 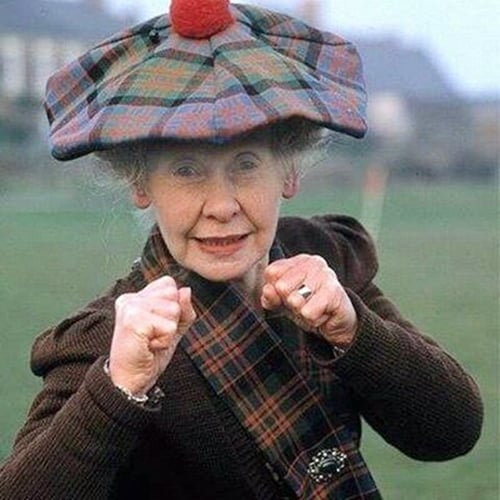 An old-age pensioner with superpowers and a flying bicycle is sure to live long in the memory.

It’s no big surprise to see Super Gran at number 19. 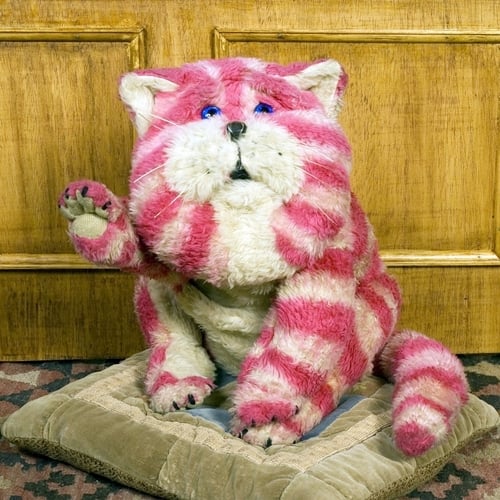 It was voted the UK’s all-time greatest children’s TV show back in 1999.

But the old cloth cat Bagpuss has fared slightly less well in this poll of the greatest 80s TV characters. 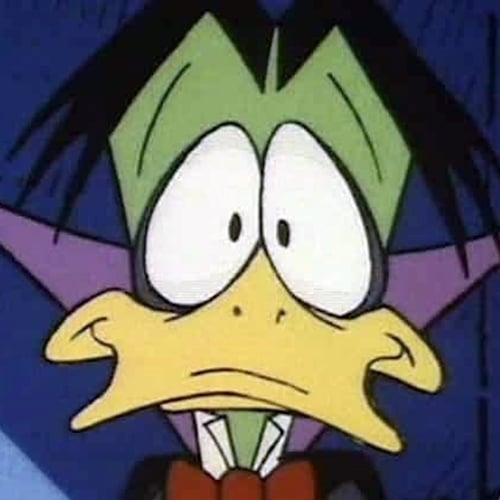 Count Duckula was originally a villain in the popular cartoon Danger Mouse until he was given his own spin-off show. 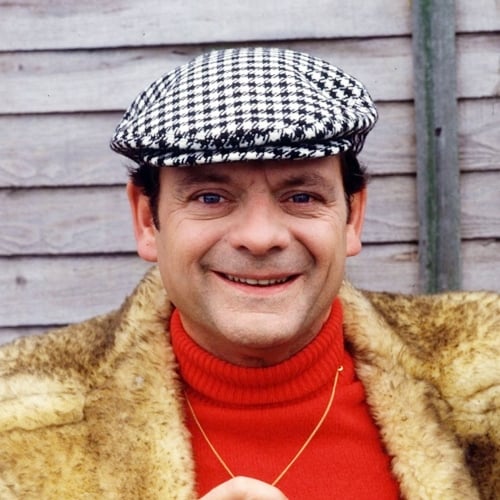 Only a complete plonker would forget to include Del Boy Trotter from Only Fools and Horses on our rather cushty countdown. 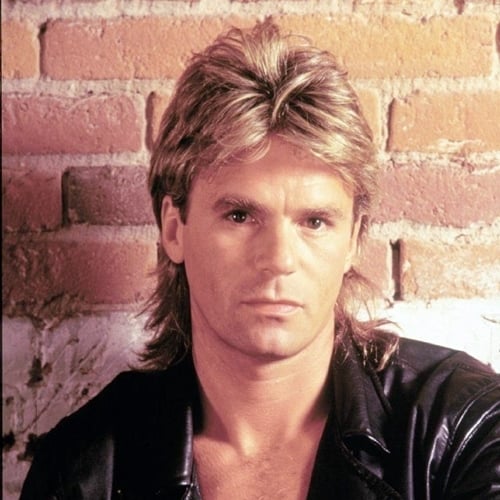 He’s a true DIY legend who could make, among many other things, a lie detector test from a stethoscope, a blood pressure checker and a clock.

His TV show MacGyver was one of our favourites to watch as a kid. 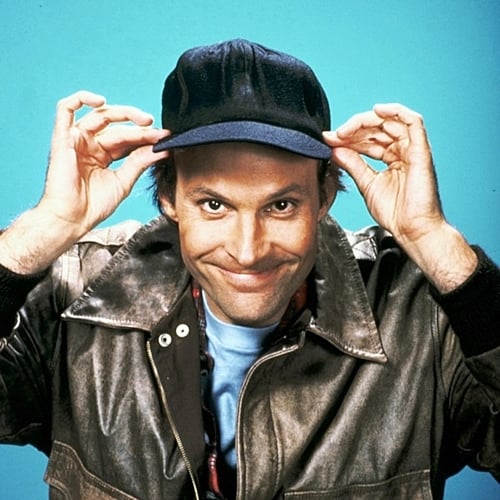 Mad or not, we aren’t ashamed to admit we had more than a little crush on him back in the day! 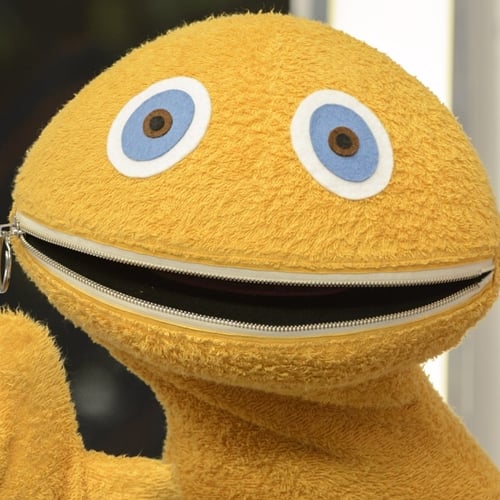 Bungle was a bear and George was a hippopotamus, but what on earth was Zippy?

Whatever his species, the big-mouthed bag of fun was by far our favourite member of the Rainbow crew. 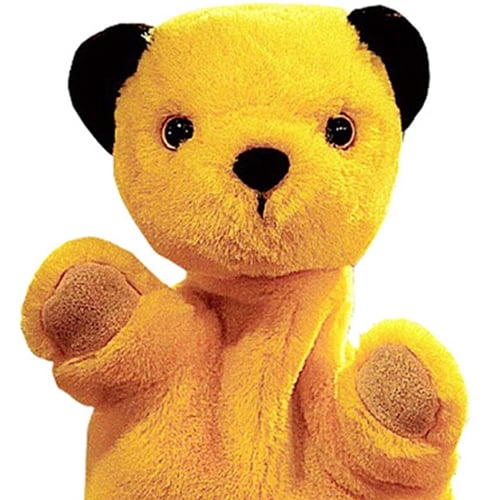 Don’t get us wrong, we absolutely love the silent but incredibly cute little bear Sooty.

We’re a tiny bit surprised not to see his slightly more outspoken friend Sweep the dog in this Top 20. 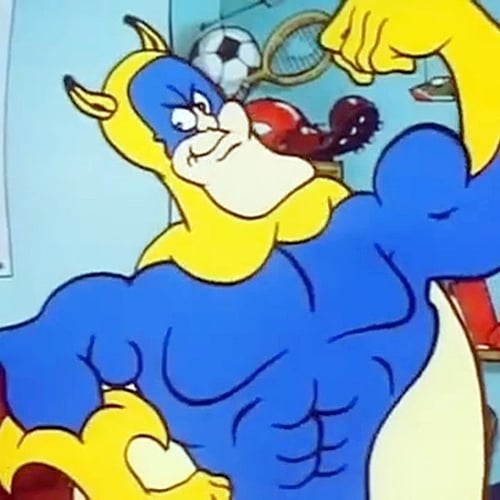 A superhero who gave us a lifelong obsession with eating a certain yellow fruit.

Bananaman’s popular 1980s animated TV show has given him a respectable position on our poll. 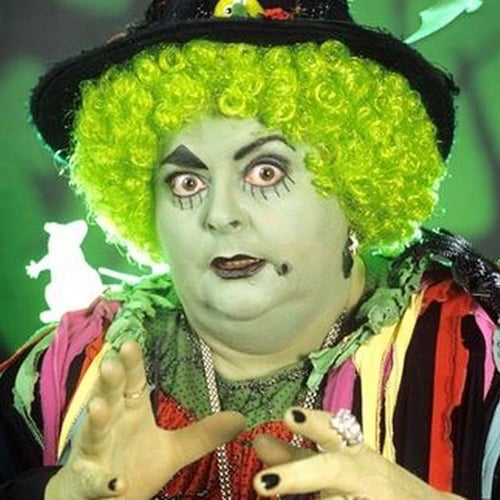 Always terrorising Rod Hull, his feisty pet Emu and every single one of the windmill kids (“there’s somebody at the door”). 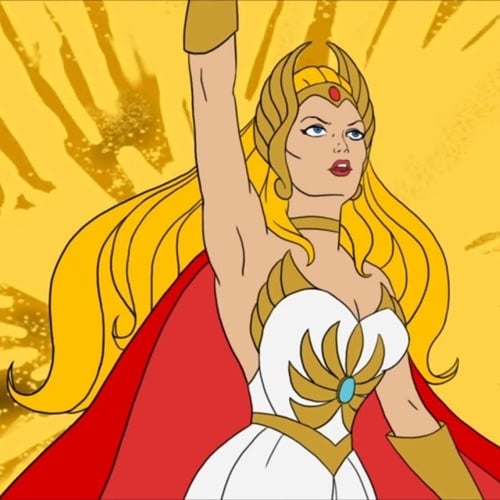 Her long-lost brother is likely to pop up slightly higher on this list.

It’s a testament to the popularity of She-Ra that the princess of power is so fondly remembered nearly four decades later. 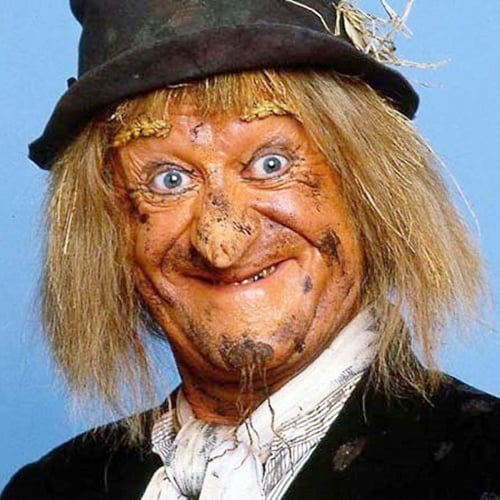 Starting out as a character in a series of books by the English author Barbara Euphan Todd, Jon Pertwee’s TV version of Worzel Gummidge soon began terrorising us.

Of course, removing his head and replacing it with another from his diverse collection would do that! 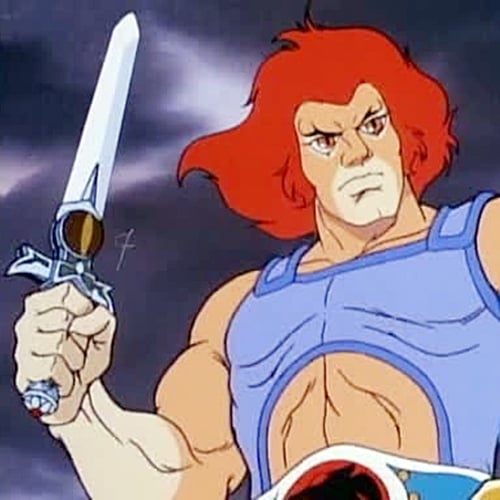 The leader of the ThunderCats may have started out as a young boy, but Lion-O and his all-powerful Sword of Omens soon became one of the greatest combinations of our entire childhood.

It’s a little weird to think of the mind of a child being in such a buff body, but that was a big thing during the 80s – or should we say a Big thing? 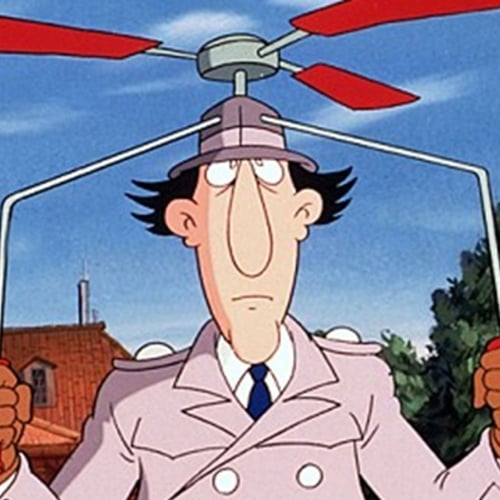 The bumbling Inspector Gadget was actually rather useless at solving crimes, usually relying on his niece Penny to thwart the evil Dr. Claw…

But his range of exciting inventions means that he is still one of our all-time favourite TV characters. 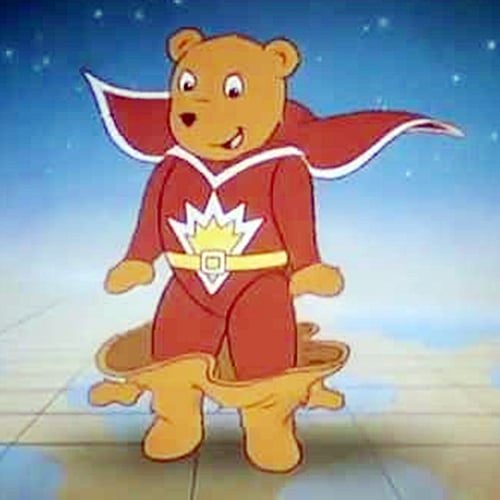 We still have absolutely no idea what his magic word is, but we do know that SuperTed is one of the greatest superheroes of all time.

We’re however slightly disappointed not to see his trusty sidekick Spotty Man in this Top 20. 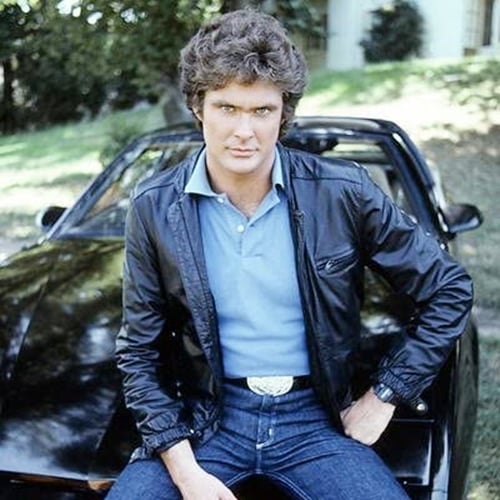 He talked the talk, walked the walk and had the coolest car in the history of television, so we’re not even the slightest bit surprised to see Knight Rider’s Michael Knight at number four.

David Hasselhoff is a bonafide 80s icon, including for sporting some suspect swimwear in Baywatch! 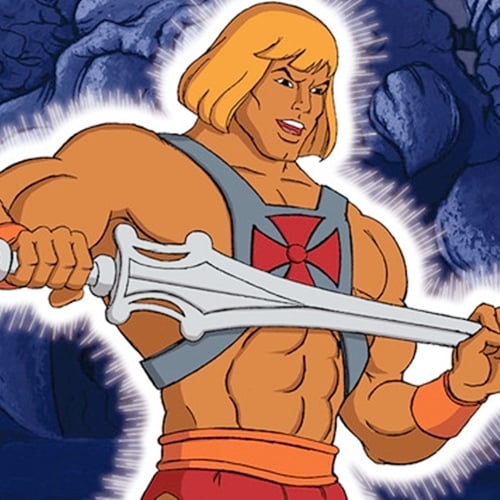 If it was up to us, then the most powerful man in the universe would have been voted the greatest 80s TV character of them all!

He-Man will instead have to make do with taking the number three spot. 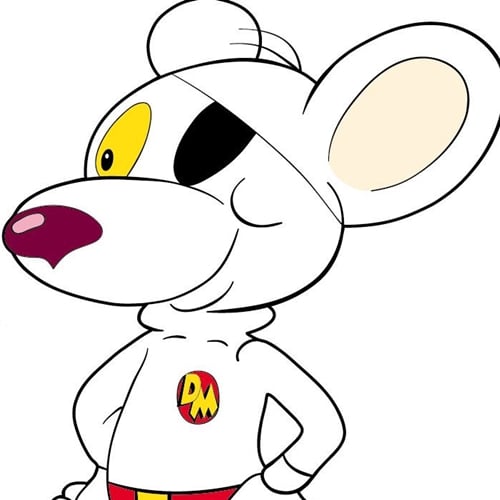 If we’re being completely honest, then we’re absolutely shocked to see him at number two, but the people have spoken and Danger Mouse has been voted the second greatest TV character of the entire 1980s.

But who is at number one? 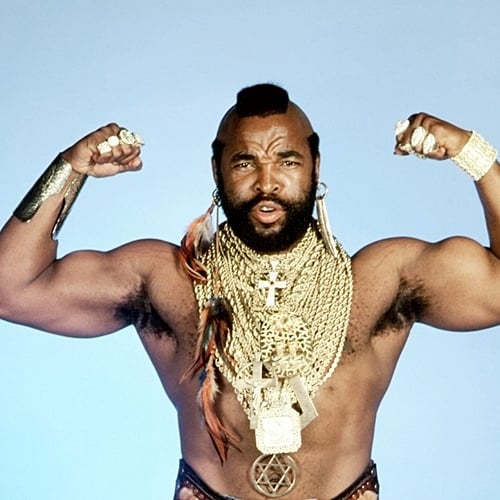 We pity all of the suckers who didn’t predict that Sergeant 1st Class Bosco Albert ‘Bad Attitude’ Baracus would be at number one on our countdown.

Let’s quit our jibber-jabber and present Mr T’s legendary A-Team character with the award for being the greatest TV character of the entire 1980s. Congratulations!