Peter Jackson Did The Special Effects, And 19 Other Facts About Worzel Gummidge

We remember Worzel Gummidge with rather a lot of fondness, but we’ll also never forget being extremely scared when he took his own head off and replaced it with another one. For better or worse, you simply do not get anything close to this on children’s TV shows these days!

But in case your memory isn’t quite what it used to be, let us remind you that Worzel Gummidge was a walking, talking TV scarecrow who was played brilliantly by the late Jon Pertwee, and below are 20 fascinating facts about this classic children’s TV treat.

20. Before TV, the character featured in a series of books 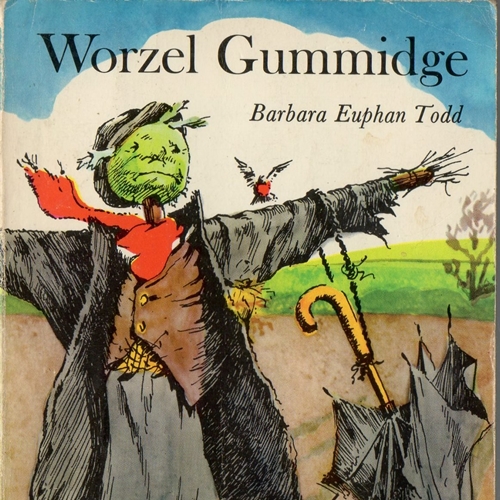 Rather than begin life in the TV show we know and love, Worzel Gummidge was first seen in a series of books. Ten Worzel Gummidge books were published between 1936 and 1963, all of which were written by English author Barbara Euphan Todd.

Todd was born in Arksey, near Doncaster, in 1890, though she soon moved to Soberton, Hampshire. Her early life was typical of a young girl at the turn of the century, growing up in the countryside and finding much of her inspiration for Gummidge, her most famous creation. However, as was the case all across Europe, the start of the First World War in 1914 changed everything. 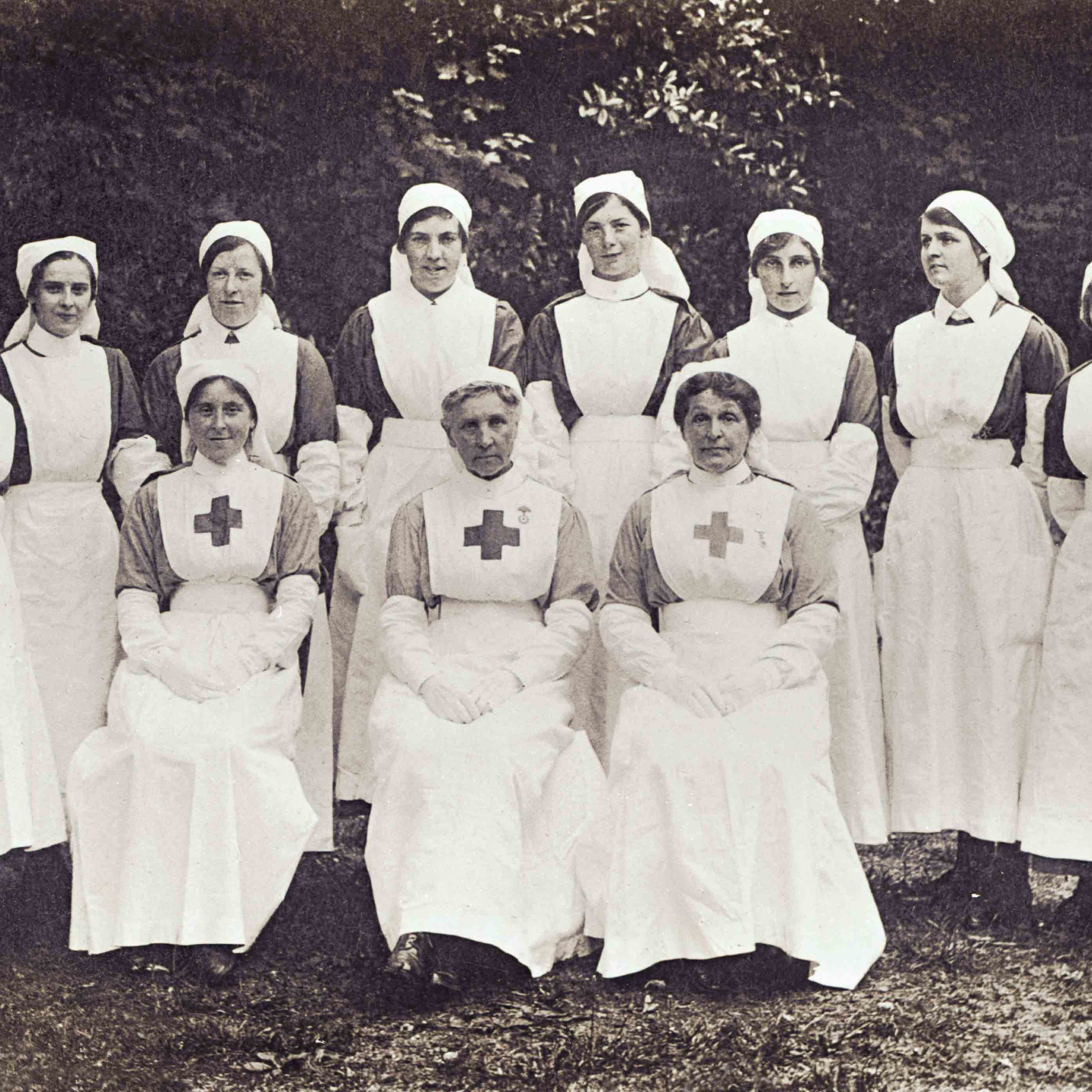 During the war, Todd worked as a VAD (Voluntary Aid Detachment), or military nurse – although, technically speaking, the VAD was an independent entity to the military. These nurses would work both as field operatives, working close to combat zones, and as specialists at recuperation centres back in Britain.

After the war, she married a naval officer and they wrote poetry and fiction together, with the first Worzel Gummidge book appearing in 1936: Worzel Gummidge, or The Scarecrow of Scatterbrook. 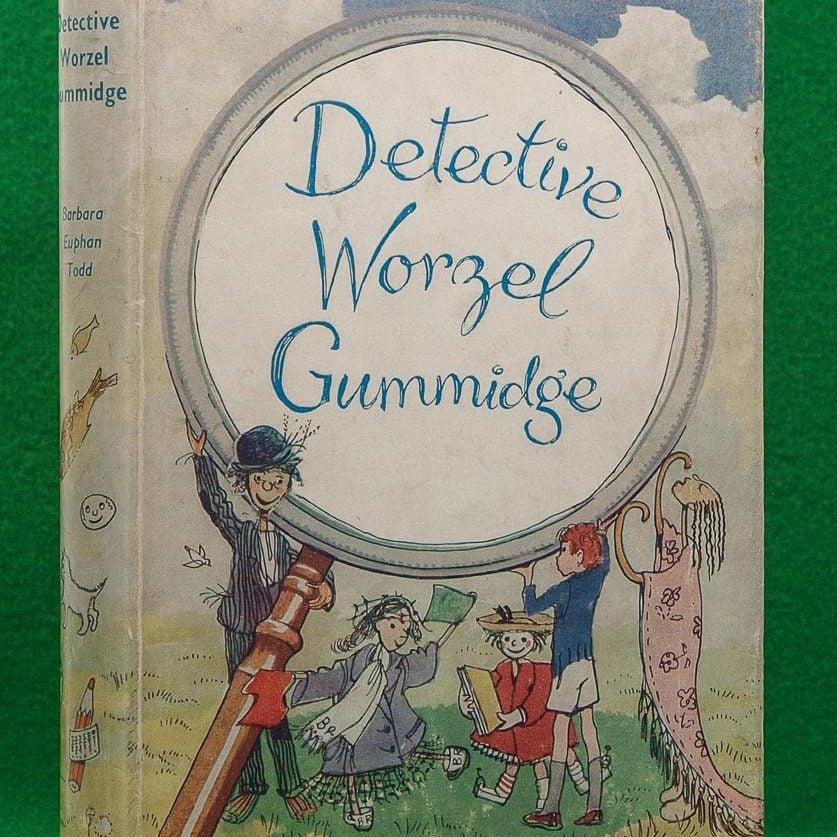 Todd did live to experience a radio play adapted from her work, as well as a television adaptation, though not the Jon Pertwee version. Pertwee would take up the role in 1979, three years after Todd’s death.

19. Some legendary British TV actors guest-starred on the show 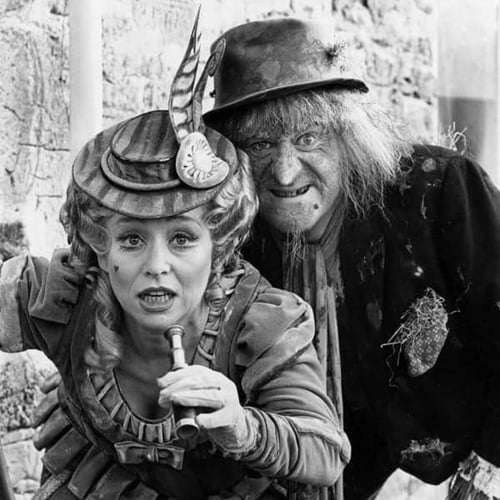 Windsor, well established in her Carry On success, guest starred in an episode titled Worzel Gummidge and Saucy Nancy – no prizes for guessing which character she played – which was the debut episode of the second series. 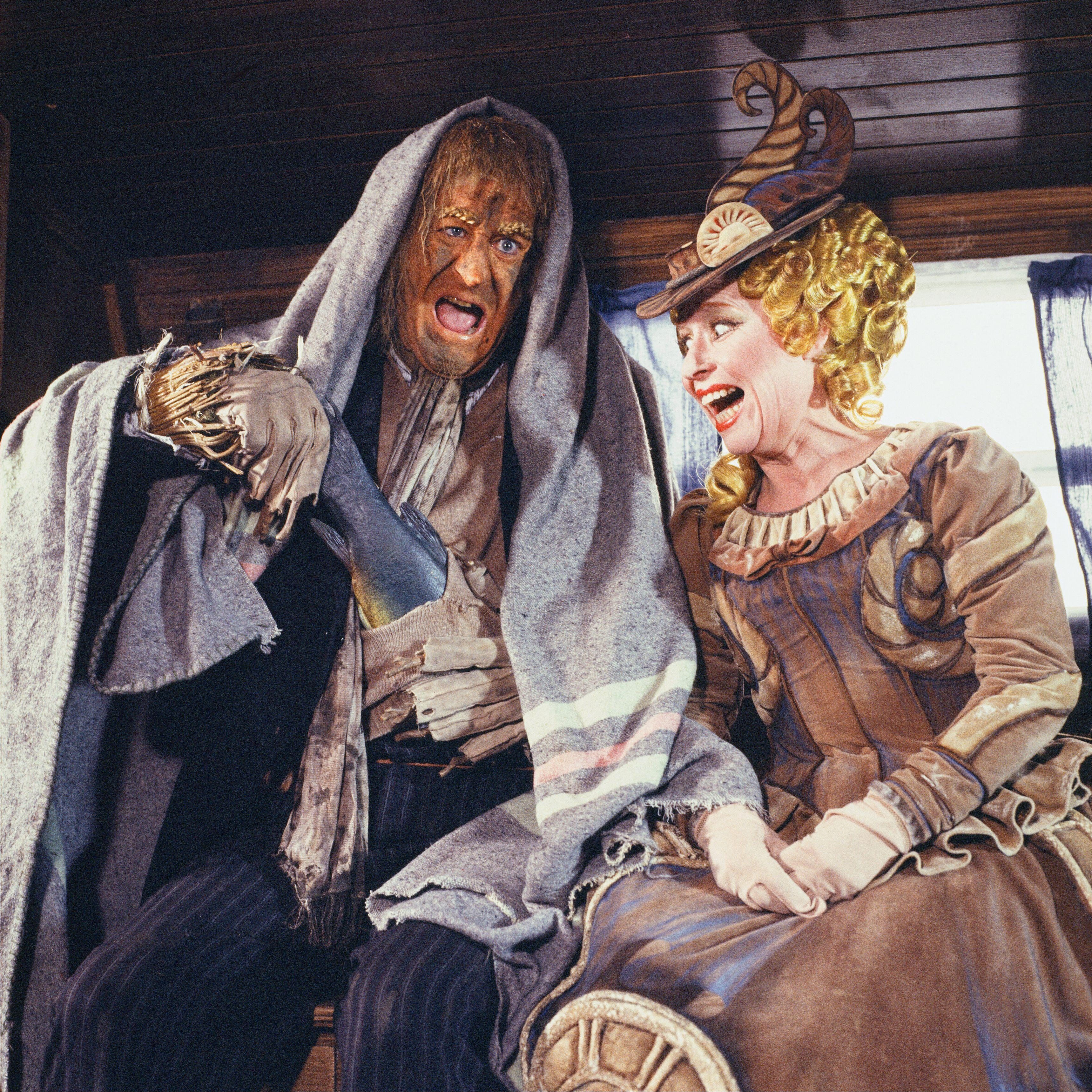 Worzel encounters a group of pensioners taking a trip to the seaside by coach, and stows away. While at the beach, he encounters Saucy Nancy herself, a ship’s figurehead who lusts after him and seeks to marry him. All the thrills and spills of the seaside fairground ensue, and Worzel must rescue Aunt Sally from a fairground ride while extricating himself from Saucy Nancy’s clutches and his new love triangle.

Staying with the Carry On theme, Joan Sims stars in the Series 1 episode Worzel Pays a Visit. Attempting to track down Aunt Sally, Worzel visits the home of Mrs Bloomsbury-Barton (Sims) where Sally is working as a housemaid. 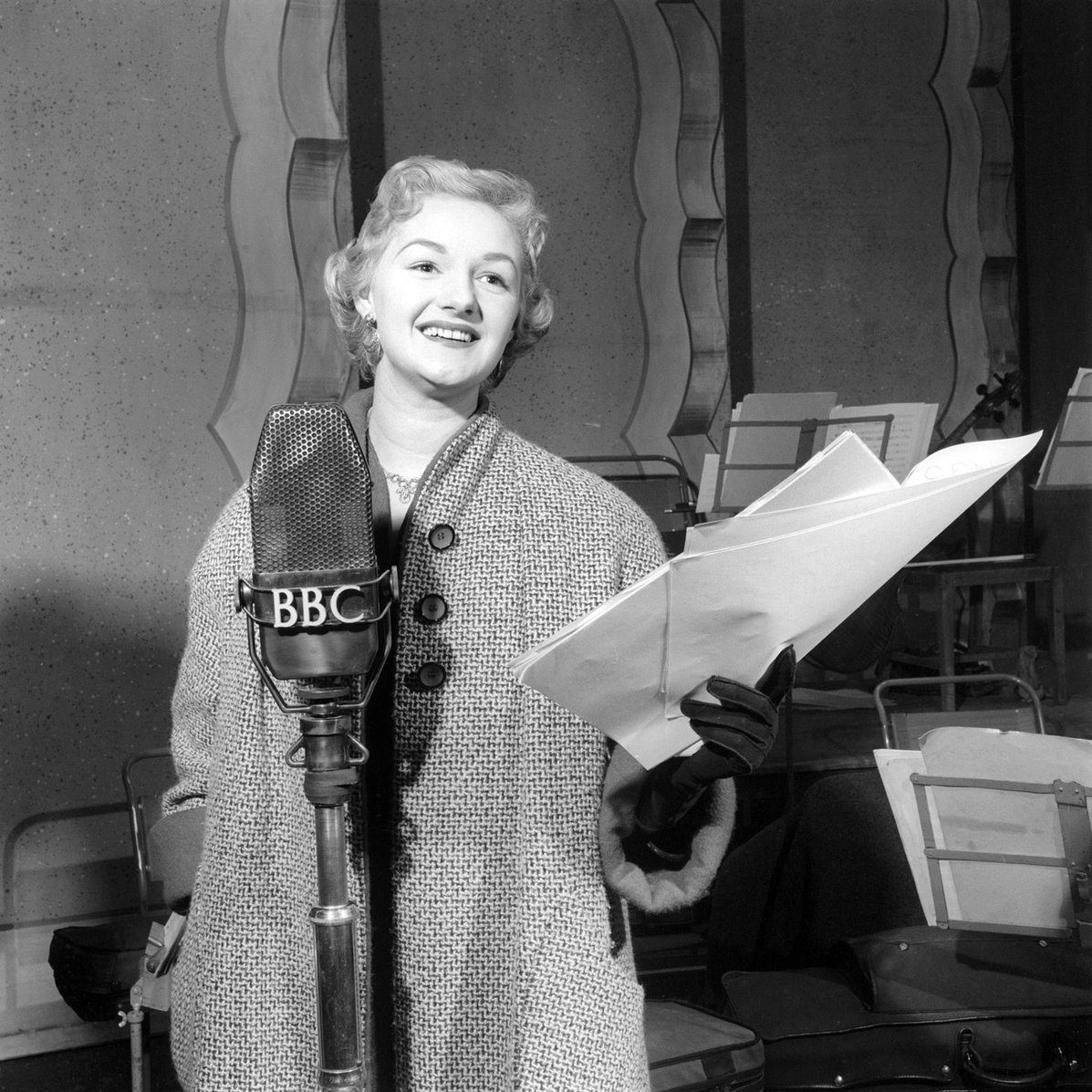 Aunt Sally pretends to be the lady of the manor and invites Worzel in for tea, which is not appreciated by the house’s true owner.

someone said in a loud voice, ‘Just like Jon. Always knew how to get out of a sticky situation!’” 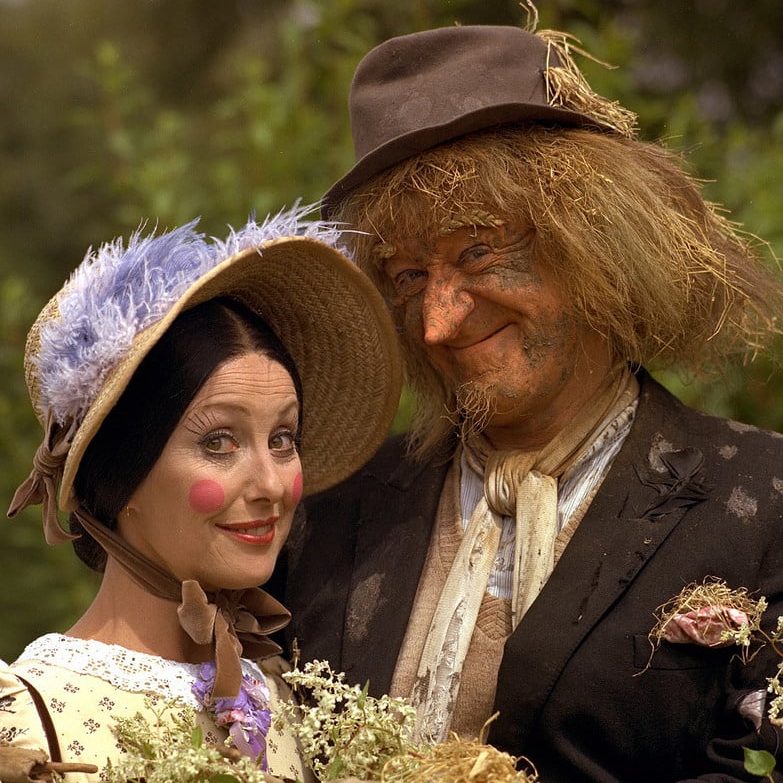 For readers less familiar with the show, Aunt Sally is a fair-ground coconut-shy doll come to life, played by Una Stubbs (who is best known these days for playing Mrs Hudson in the Benedict Cumberbatch-led Sherlock).

As a character, she plays into the archetype of a femme fatale, using her beauty to lure Worzel to do her bidding, and is often depicted as cruel and conniving. Interestingly, however, for a children’s TV show, her name is actually quite a sophisticated pun. 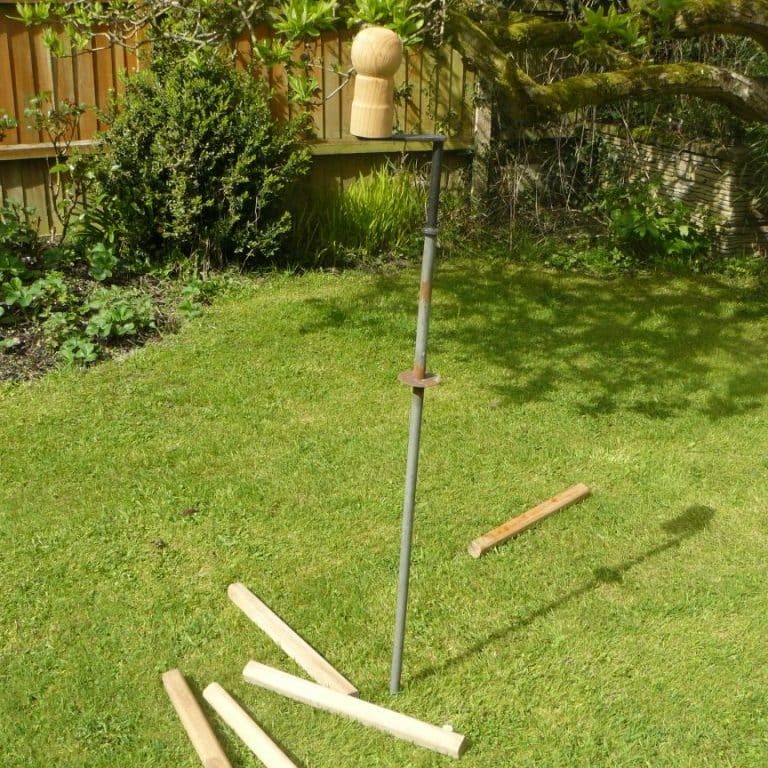 Aunt Sally is a traditional English fairground game in which players throw sticks at a model of an old woman’s head, which is still played competitively today by some teams in Oxfordshire and neighbouring counties. An Aunt Sally Singles World Championship has taken place at the Charlbury Beer Festival since 2011.

The game functions much like a coconut-shy, which is the main and literal inspiration for the character’s name. However, Aunt Sally is also a name for a logical fallacy which involves refuting an argument your opponent never made. 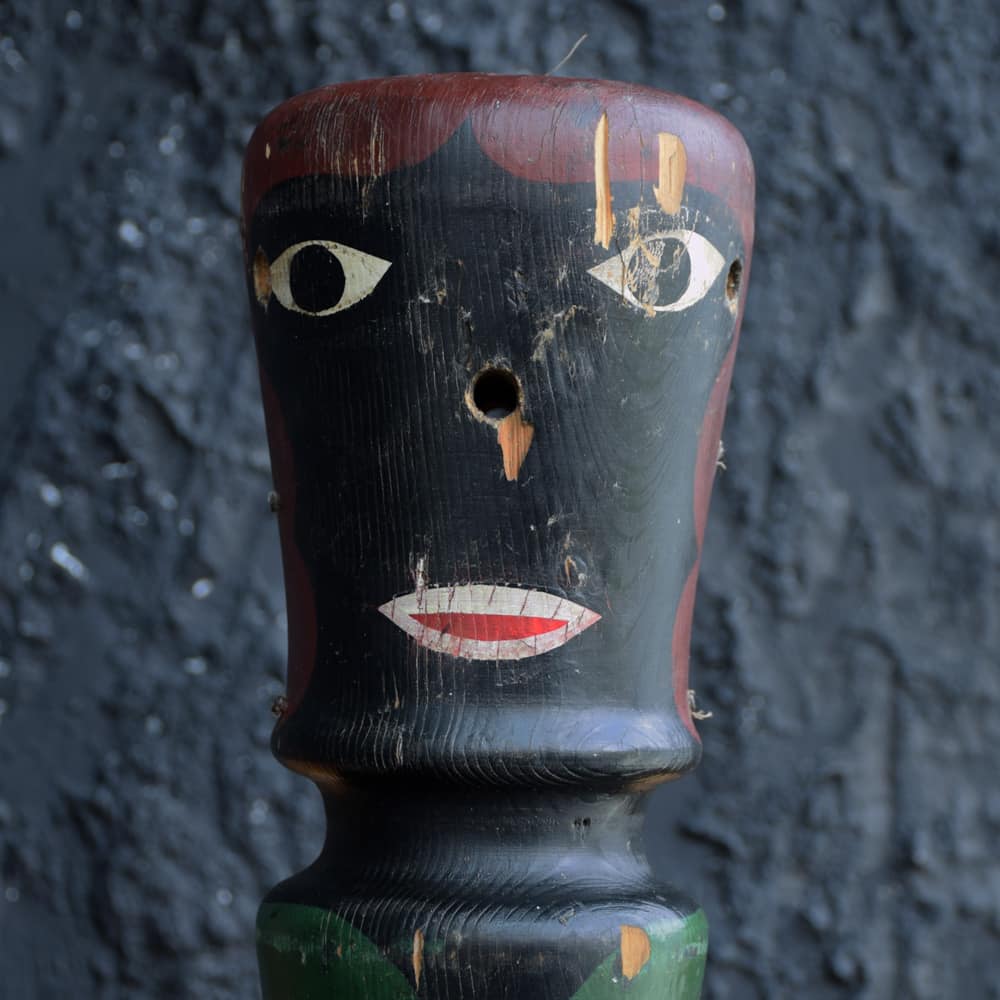 This fallacy is commonly known as the ‘straw man’ error, an interesting connection given that Worzel is himself a man made of straw.

6. It’s ranked as one of the most disturbing TV shows of all time 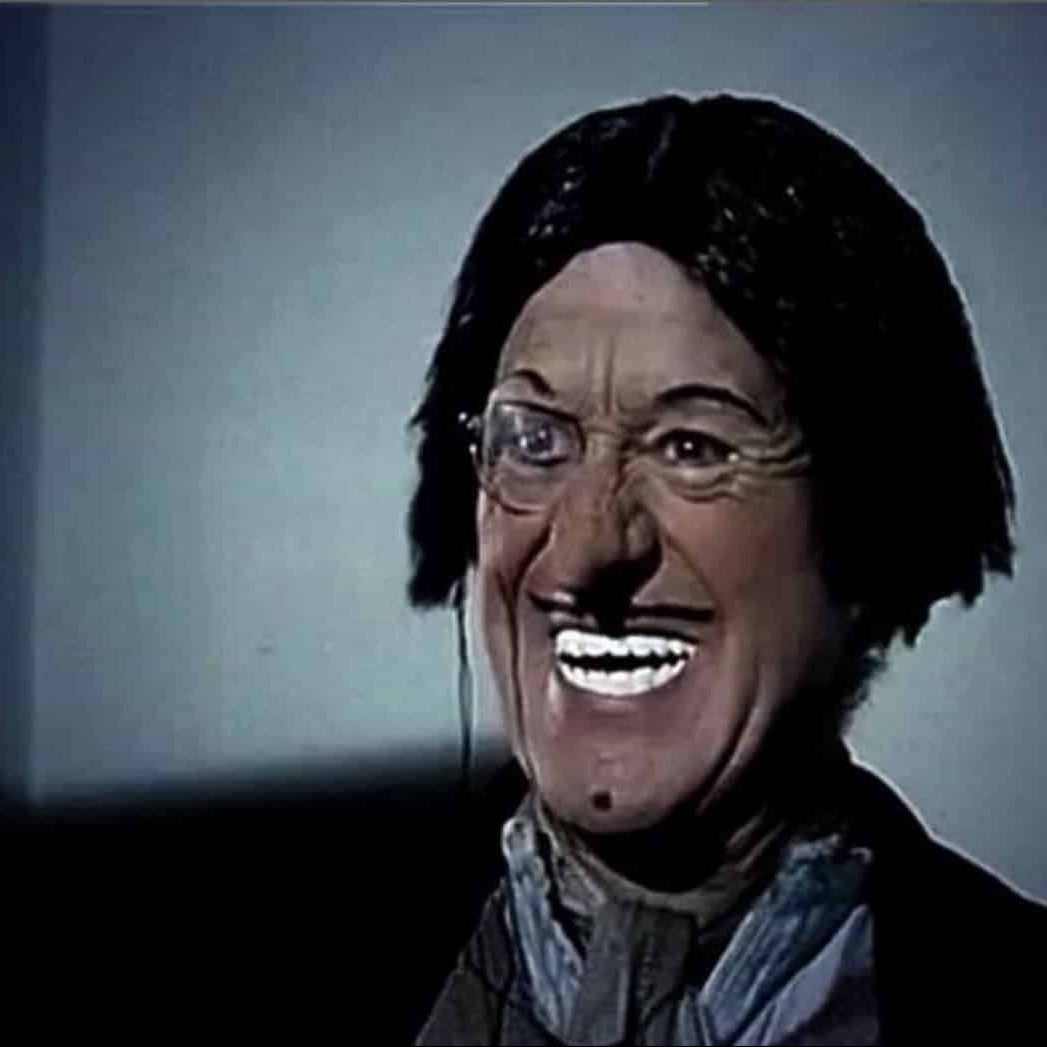 Worzel Gummidge is certainly one of the best-loved TV characters of all time, whose oddball antics inspired a whole generation of kids and adults alike. But, and we hate to be the bearer of bad news, part of what makes Worzel Gummidge memorable seems to be that a lot of viewers found him incredibly disturbing.

News of the upcoming remake inspired a Guardian article which discusses a wide variety of old TV shows that – either in retrospect or when viewed as a child – were actually quite anxiety-inducing. 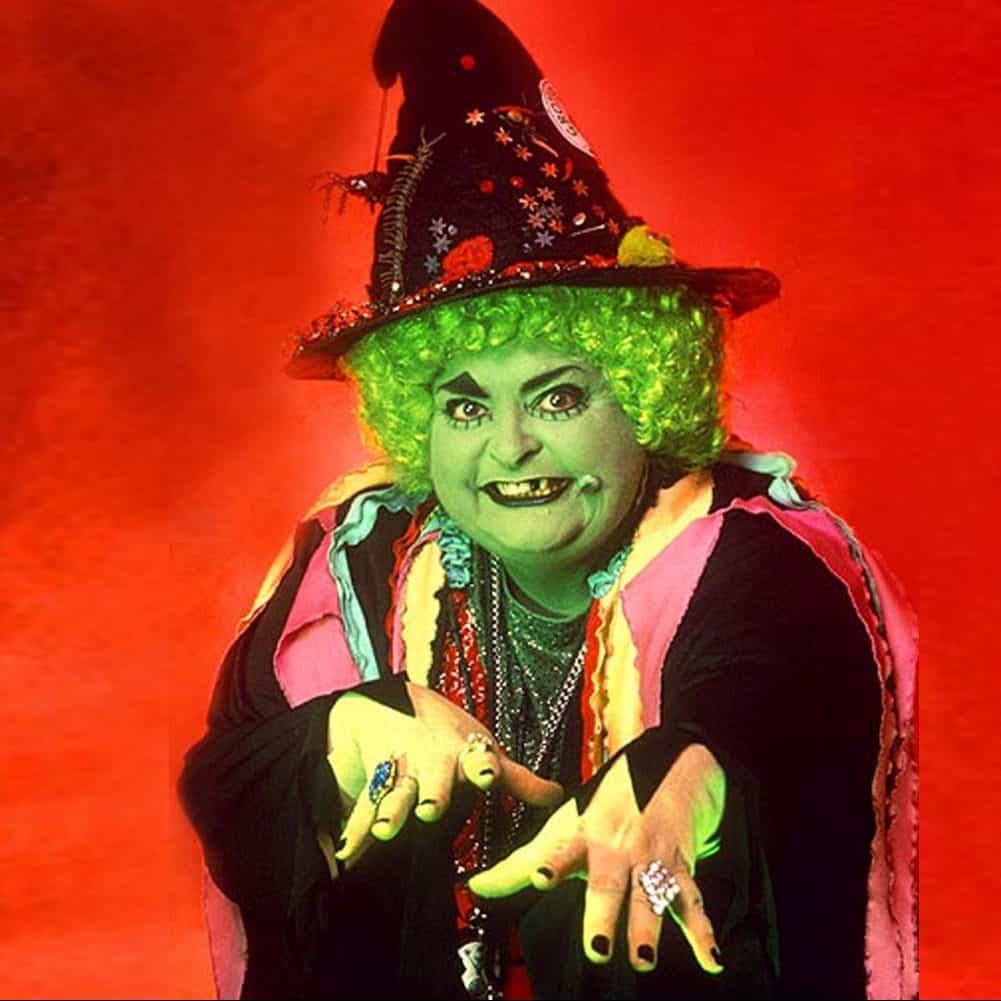 From Grotbags to Mr Blobby, it seems that quite a lot of television fare at the time was focused on loud and strangely malformed characters, and Worzel Gummidge is one of them.

The article mainly focuses on Mackenzie’s Crooks’ vision of the character, with his “crumpled” skin and “creepy roots sprouting from his chin.” But, if we’re honest, the fact that Worzel was constantly decapitating himself and screwing on a new body part was more than scary for viewers of the original series. 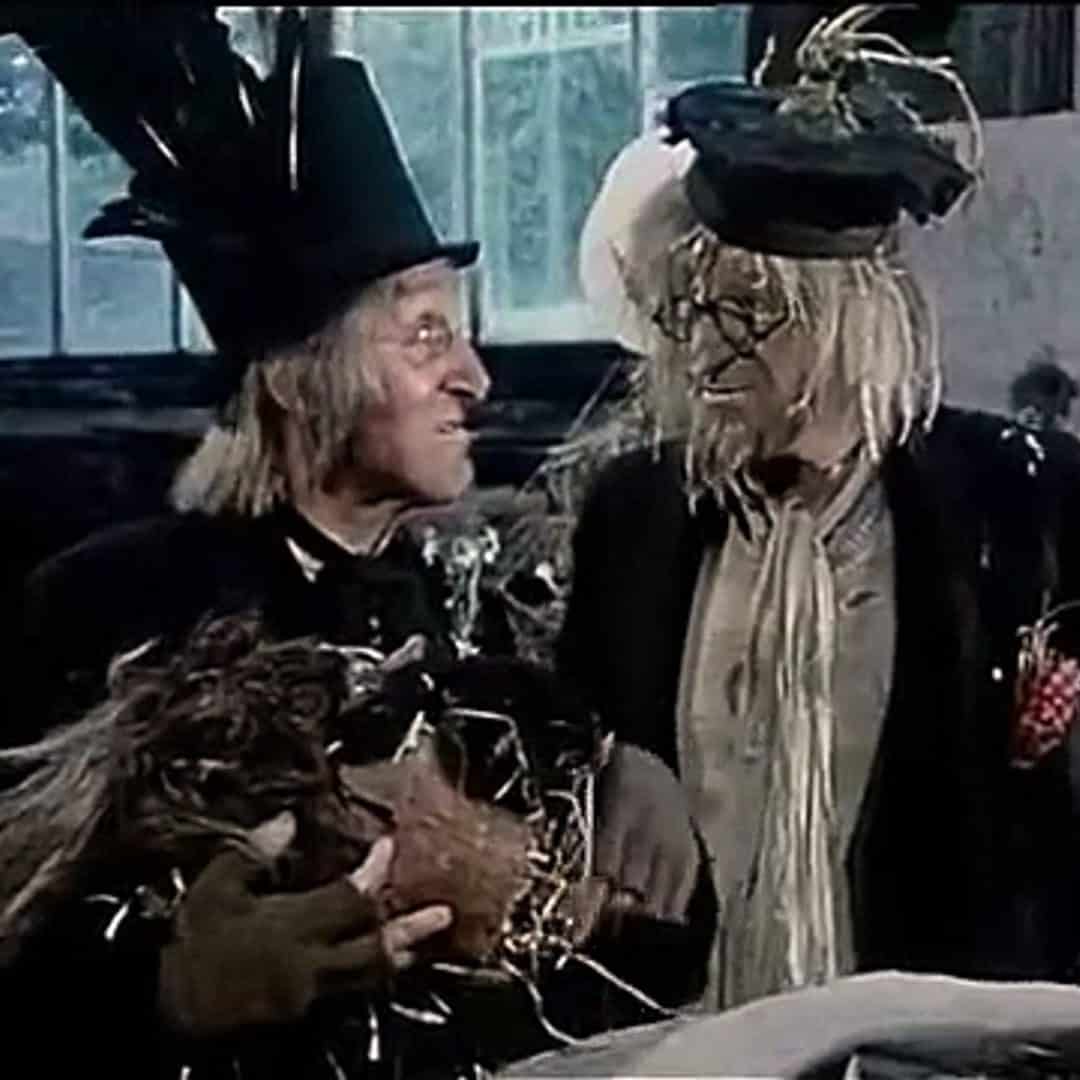 Whether the reboot will take a darker tone has yet to be seen, but hopefully they’ve updated the sound of Worzel taking off his own head. Like scary music in horror films, it’s always the sounds that really get you.

5. There was a Christmas special 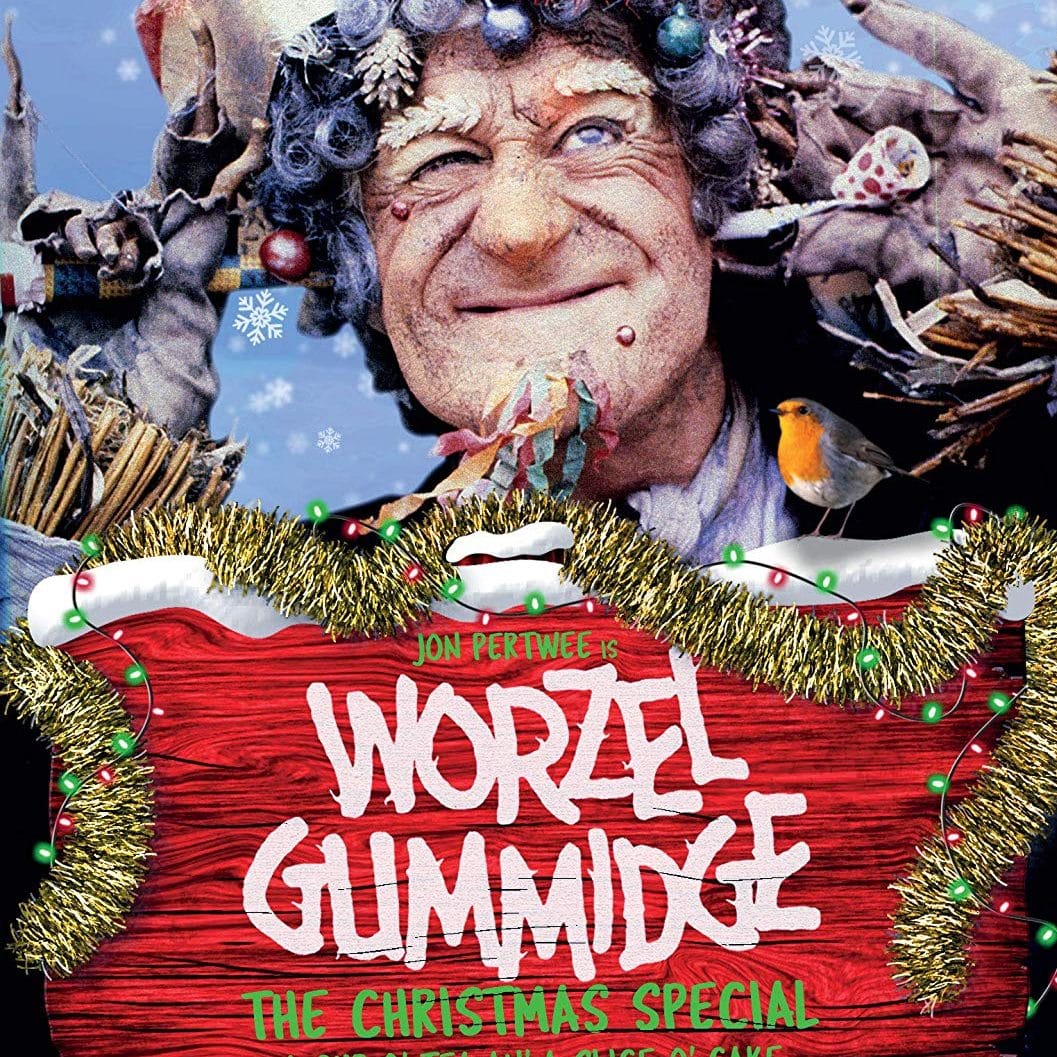 It seems like there isn’t much room for the hallowed Christmas special these days, except for the big hitters of television like Doctor Who and the soaps. But back in 1980, Worzel Gum-mania was sweeping the nation, and a seasonal episode was commissioned.

The special, titled A Cup o’ Tea and a Slice o’ Cake after Worzel’s famous catchphrase, was double the length of a normal episode and included musical numbers, many of which made it on to the musical album as part of a four-song ‘Maxi Single’. 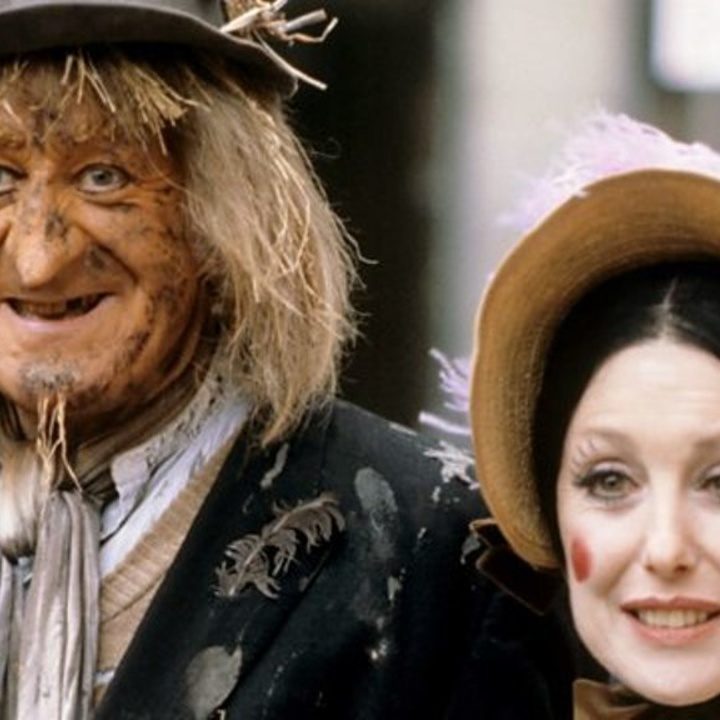 It’s Christmas Eve, which is apparently the most important night of the year for scarecrows, as they are tasked with standing motionless to guide Santa Claus back to the North Pole. Of course, Worzel, that ragamuffin, decides he’d prefer to indulge in the local festivities rather than stand around all night, thus throwing all of Christmas into chaos.

Unusually, perhaps due to its already burgeoning length, the Christmas special does not include the regular Worzel Gummidge title sequence, or indeed any mention of Worzel Gummidge at all. Instead, the title of the episode is shown, and then the cast credits are shown. 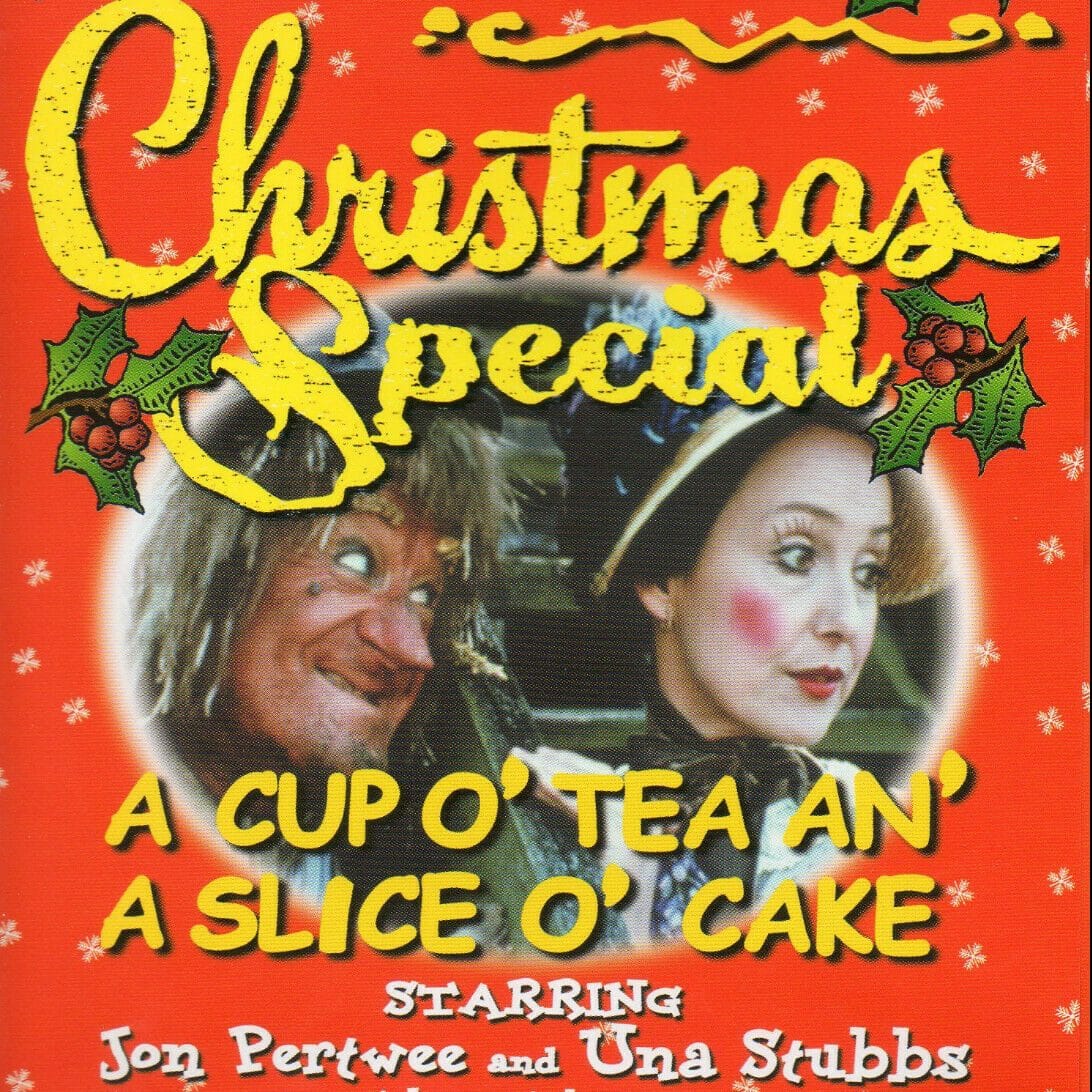 While technically classified as a Christmas special, Series 3 of Worzel Gummidge aired from the 1st of November through to the 20th of December, meaning the episode could also be seen as the series finale.

4. Most of the viewing audience were adults 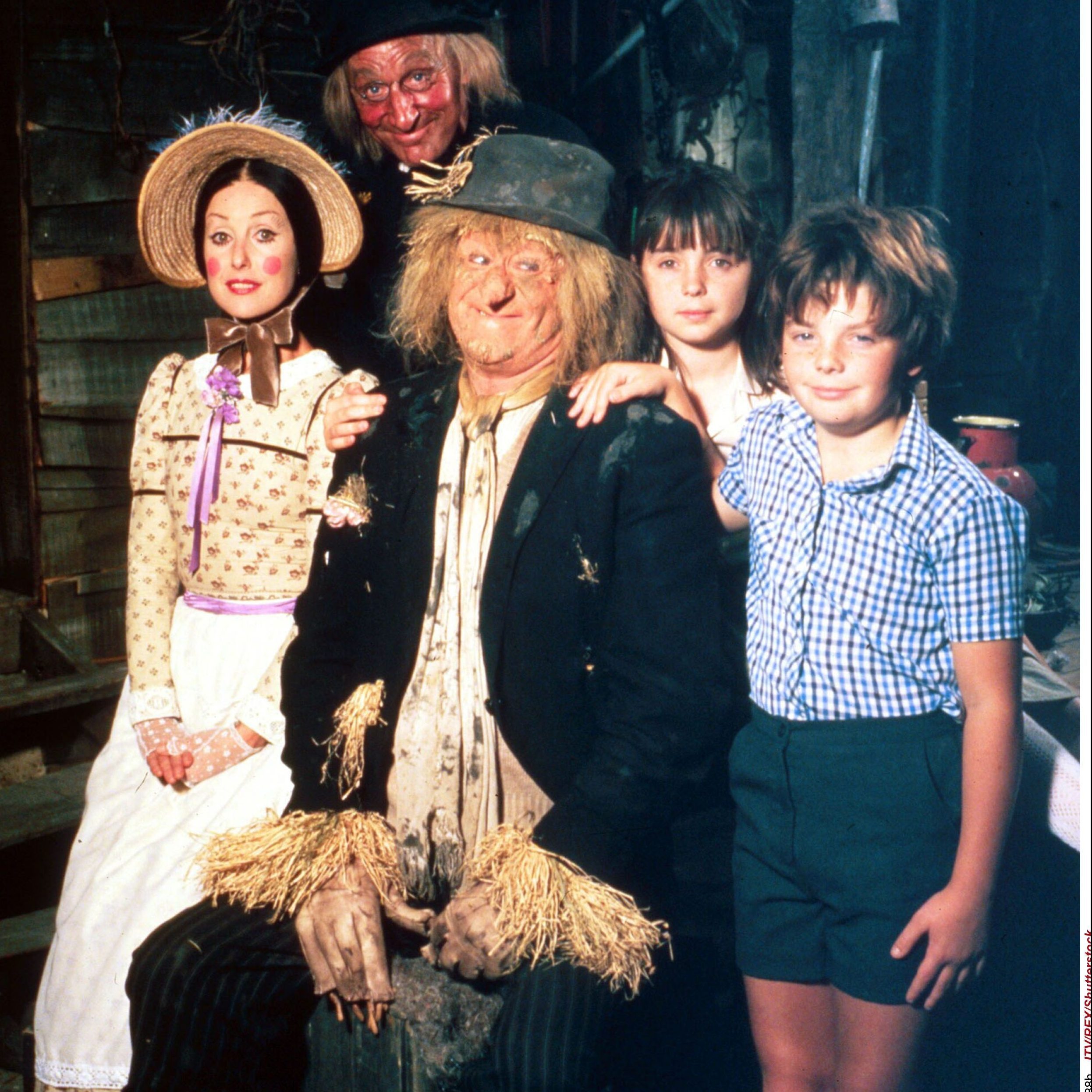 Much like Jon Pertwee’s other major credit, Doctor Who, a show originally intended for children ended up appealing to a much broader audience. Pertwee himself has admitted that most of the audience were adults.

According to radio interviews with Pertwee, “Worzel was originally purely a children’s show and we were on at a children’s time on a Saturday. Literally within a week or two we were a cult and we had enormous viewing figures and we realised about sixty five percent of our viewers were adults. There they stayed and we got more and more and more.” 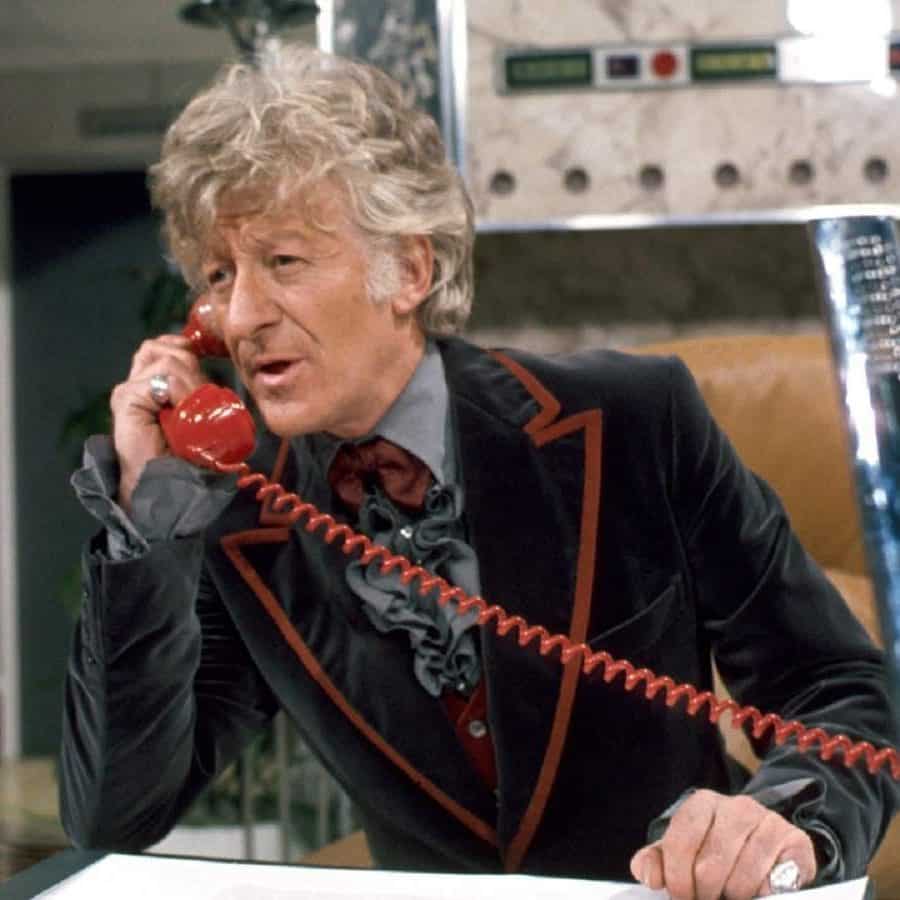 He also discusses making public appearances as the character, for which there was “an enormous turn out of people – and it wasn’t just children.” The interview in question has the unfortunate honour of being the last Pertwee gave before his death in 1996.

Interestingly, in an earlier interview at the height of Worzel Gummidge’s popularity, Pertwee comes across as very defensive over the project. For example, though he hoped he would be able to sell the character in America after its muddled production in the UK, he insisted that nothing about the show could be changed. 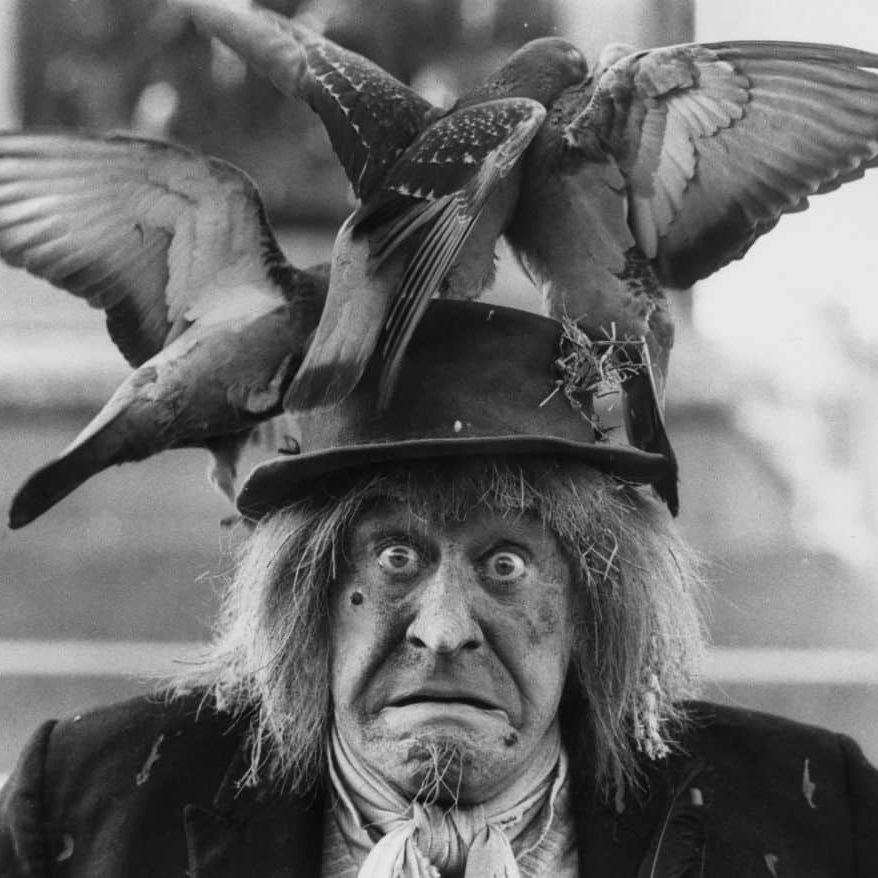 “…you made a terrible mistake in America – you see our programmes, you say ‘That’s good’, you buy the programme, and instead of showing it to your audiences, you put your own people in them and you alter all the dialogue. We won’t let that happen with Worzel Gummidge.”

3. Peter Jackson worked on the show 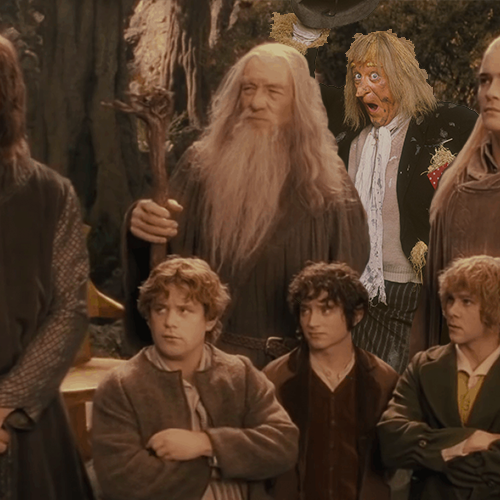 It might be hard to believe, but that scruffy talking scarecrow from Scatterbrook shares an interesting link with the medieval marauding of Middle Earth, and not just in the West Country accents of the Hobbits.

When Worzel moved to New Zealand, a young Peter Jackson was enlisted to help with the show’s special effects. This was around the time that Jackson was working on his first feature film, Bad Taste (1987) which had a protracted development due to filming mostly taking place at the weekends. 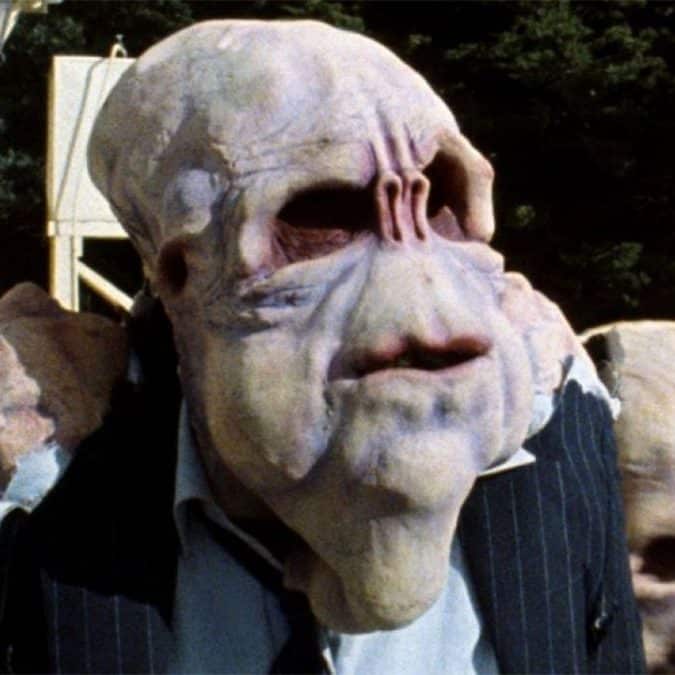 After Bad Taste was completed and – due to the generosity of New Zealand Film Commission director Jim Booth – shown at Cannes, the rest was history. The film rights were sold to twelve countries, and Jackson no longer needed to work on eccentric children’s shows about scarecrows.

As a fan of the ‘splatter’ genre, Jackson was evidently quite comfortable with physical effects and costuming, the experience with which would have come in handy for Worzel Gummidge. 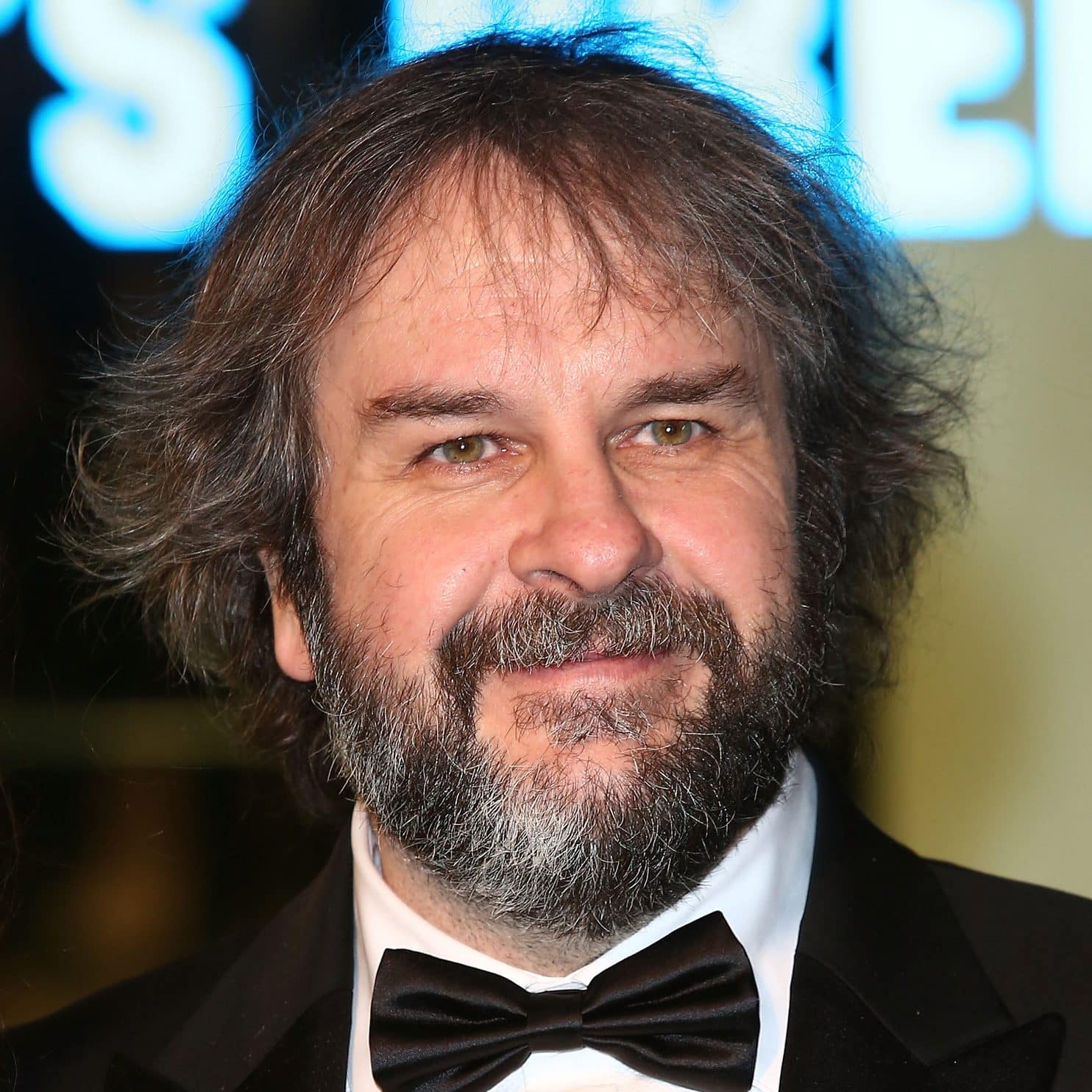 It seems Worzel Gummidge made an impact on Jackson, however: in 2012, a rumour circulated that Jackson would directed a film revival of the character with Russell Brand in the lead role. The rumours, however, amounted to nothing.

2. An animated series was planned but never finished 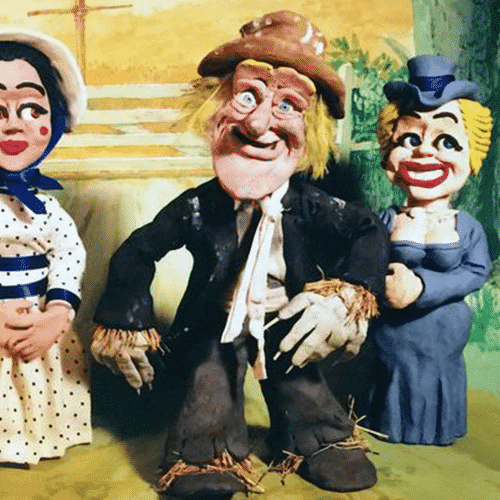 As Pertwee neared the end of his life, he was still passionate about playing Worzel Gummidge, though he was long since past his ability to act on stage. Never one to give up on his dreams, Pertwee instead set to work planning an animated series in which he would voice the scarecrow.

Sadly, Pertwee died soon after, though artefacts related to a mid-production pilot have since been found. Negatives of the animation have been located in the BBC archives, though it was thought for twenty years that the accompanying sound had been lost. 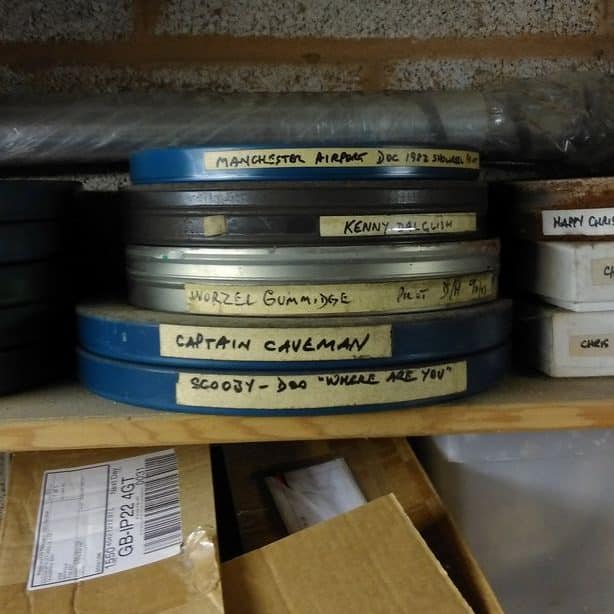 Amazingly, the recordings – thought to be the last by Pertwee before his death – surfaced in a garage in Devon, and work has begun to reassemble the episode for viewing.

The animation would have been in the claymation style, and also features Una Stubbs’ voice. Scripts and storyboards exist for future episodes, though only audio for the first was ever produced. 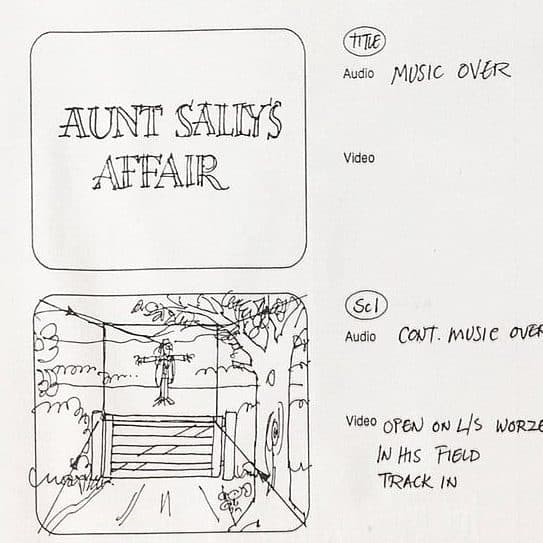 The project was a collaboration between Pertwee and animator Maurice Pooley, who were assembling a pilot independently to pitch to networks such as the BBC. 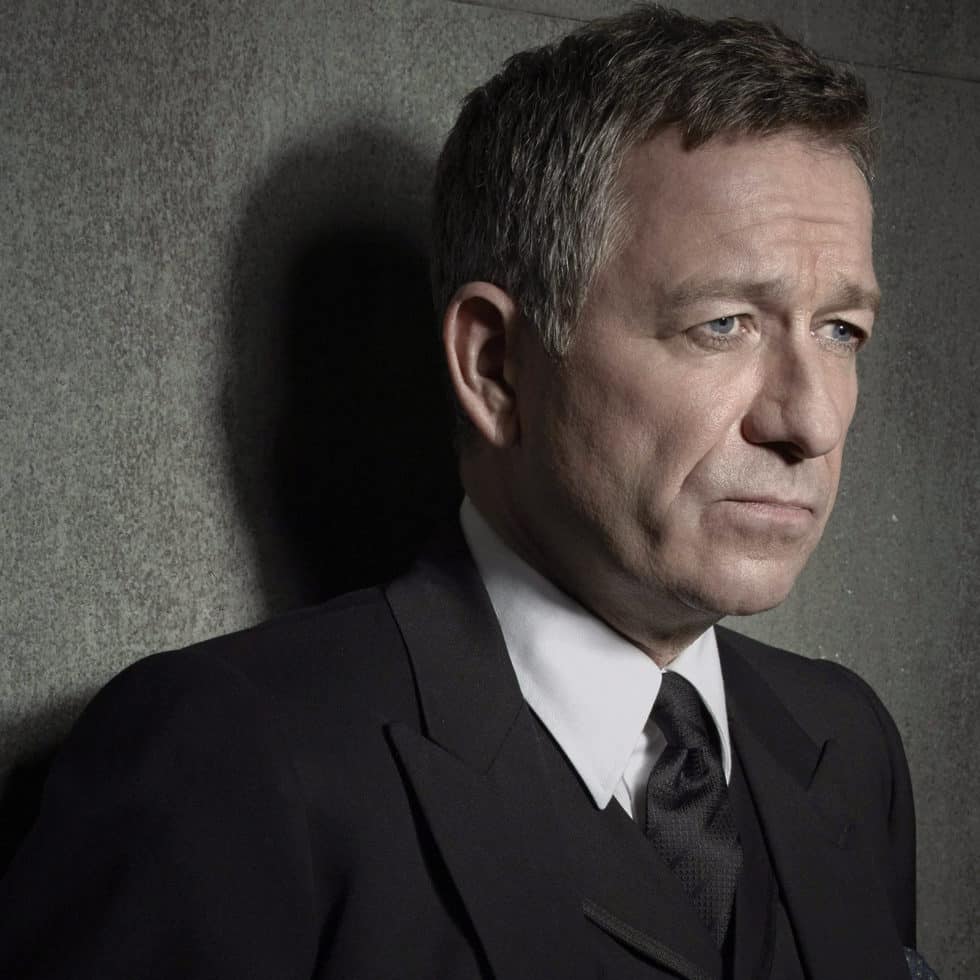 Acting is often a family business, but you might not realise that Jon Pertwee’s son has been cropping up on our screens for years, as well as making it big in America.

Sean Pertwee has starred in the Paul WS Anderson film Event Horizon (1997), as well as playing Inspector Lestrade in Elementary, an American revamp of the classic Conan Doyle detective. 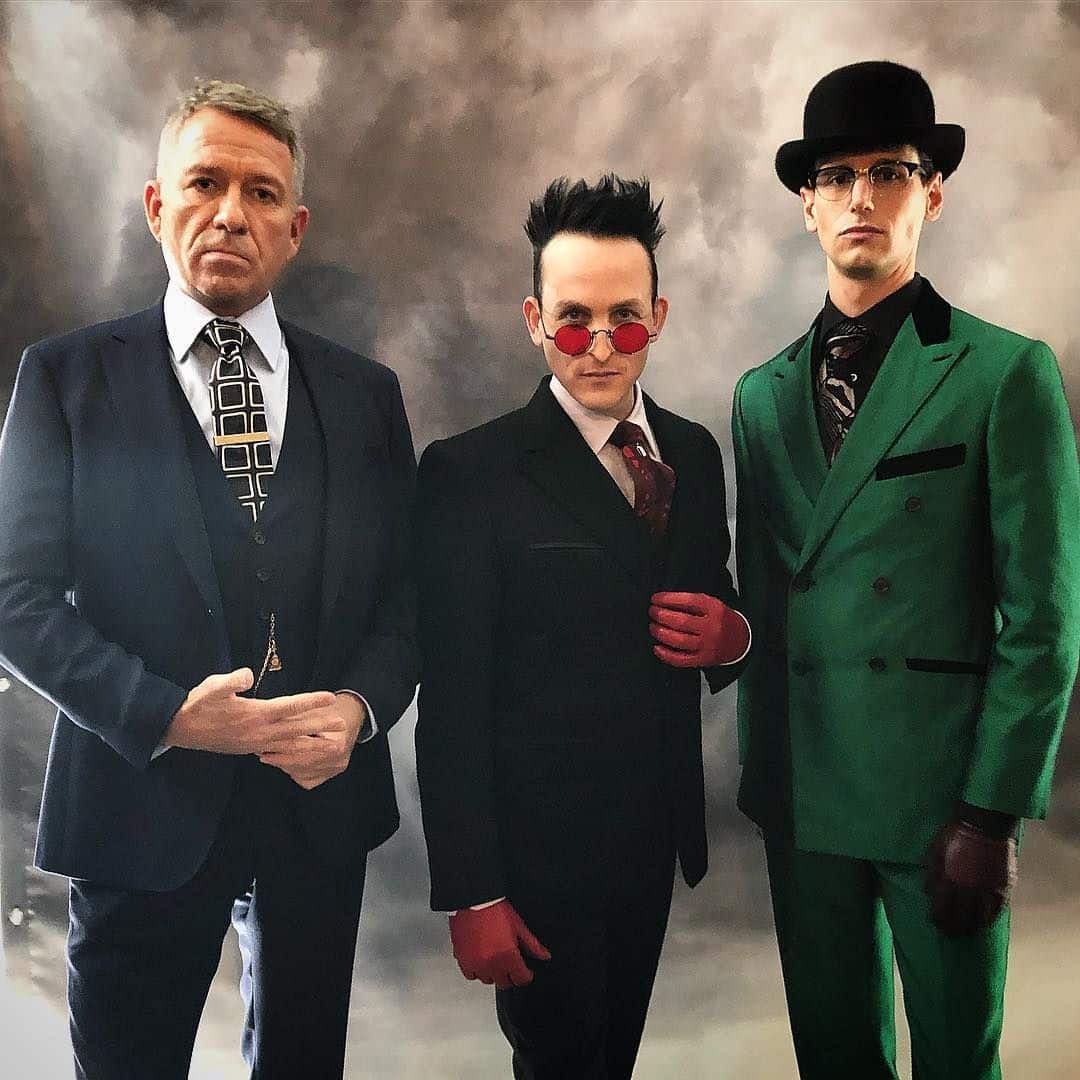 Pertwee is perhaps best known, however, for his portrayal of Alfred Pennyworth – Bruce Wayne’s butler – in the Fox TV series Gotham. Coincidentally, one of Batman’s nemeses is Dr Jonathan Crane, also known as The Scarecrow.

Amazingly, Jon Pertwee’s father was also an actor and playwright. Roland Pertwee wrote the play Swank and worked on dozens of films including the Boris Karloff horror The Ghoul (1933) 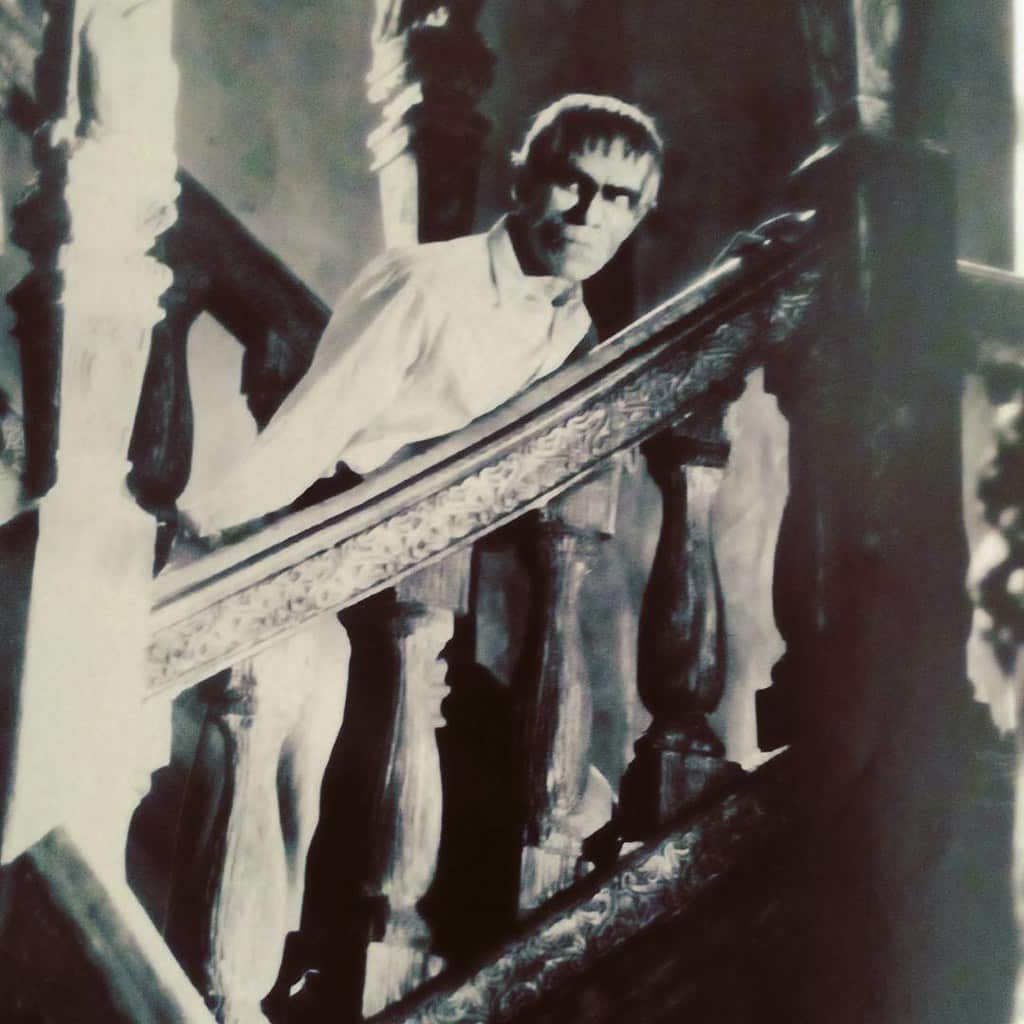 Roland Pertwee was instrumental in starting Jon’s career, having been one of the writers on A Yank at Oxford (1938), the Vivien Leigh film in which Jon made his screen debut.