Even if you’ve never heard a Siouxsie and the Banshees song, you’d likely recognise the band on sight – in particular the frontwoman of the group. Siouxsie Sioux’s heavy, angular eyeliner inspired a whole generation of goths and cemented the iconic Batcave make-up, while her huge backcombed hair was aped by New Romantics and punks alike.

You might know that Siouxsie and the Banshees were among the pioneers of post-punk, and pushed the boundaries of what it could contain, flitting between goth rock, darkwave, alternative pop, proto-hip-hop sampling and even incorporating Hawaiin choirs into their work. What you might not know is just how many interesting details contributed to their formation and evolution, from their beginnings as a group of Sex Pistols superfans to their stint as nightclub personalities.

Here are ten spellbinding facts about Siouxsie Sioux and her Banshees. 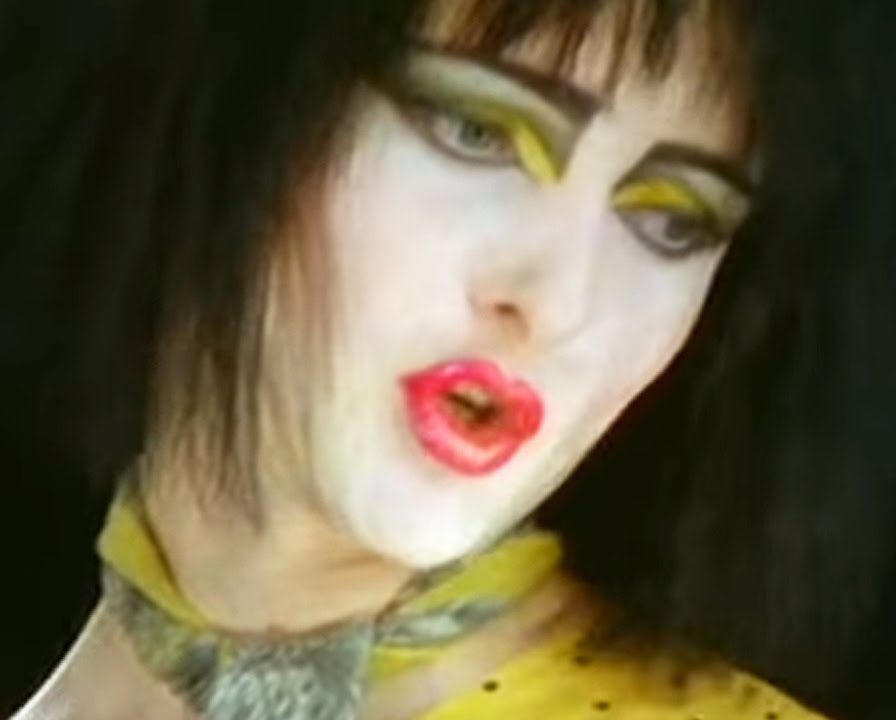 Like many people who grow up to be alternative music stars, Siouxsie Sioux’s childhood was different from most kids’. Her father, a former bacteriologist who used to milk venom from snakes, was a severe alcoholic throughout all of her childhood; as a result, she could never make friends and wasn’t allowed to have others visit her house.

Unsurprisingly, Siouxsie developed a deep hatred for the suburbs where she grew up, and spent most of her time reading instead of socialising, in what she called an attempt at “escape”. 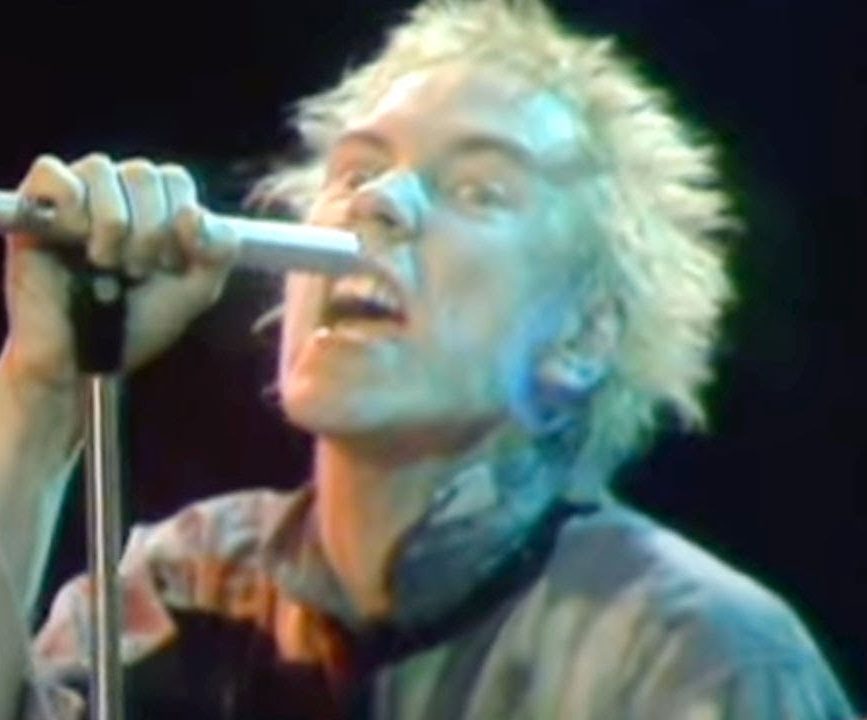 Many bands start off as a group of friends, but the future Siouxise and the Banshees were pretty unique even before they started performing. Before starting their own group and making their own music, Siouxsie Sioux and her gang became obsessed with punk band the Sex Pistols and followed them around the UK, becoming famous in their own right due to their unusual fashion choices at night club appearances.

This group of dedicated Sex Pistols fans later became known as the Bromley Contingent, and musical legend Billy Idol was another future star among their ranks.

8. They completely improvised their first show 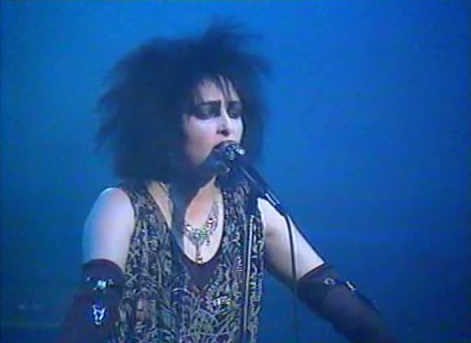 Siouxsie and the Banshees always intended to play a live gig, but they never thought that they’d stay a band. They had one goal: to play a set on a real stage, and then disband forevermore. That first gig, which they played as part of the 100 Club Punk Festival, consisted of a 20-minute set in which Siouxsie Sioux sang the Lord’s Prayer, while the rest of the band pretended to know how to play their instruments.

It was an unorthodox set for sure, but enough to spark people’s interest, so immediately they decided to remain a band and make some proper music.

7. Robert Smith of The Cure was a member of the band for a while 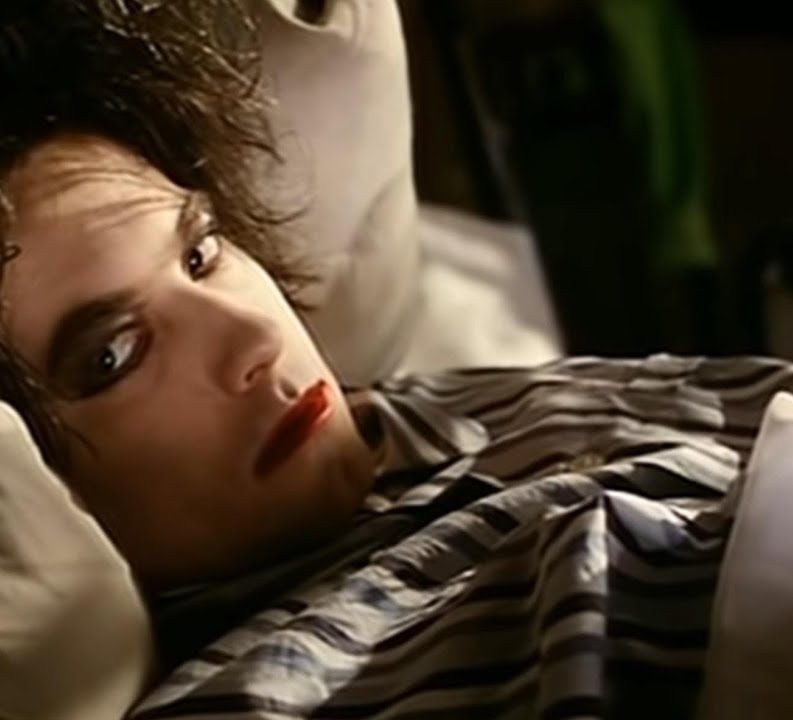 When you think of people who really defined and epitomised the look of goth, two names probably spring to mind: Siouxsie Sioux of Siouxsie and the Banshees, and Robert Smith of The Cure. Interestingly, both big-haired individuals were actually bandmates for a while, as from 1982 to 1984 Smith paused work on The Cure to tour with the Banshees as a guitarist.

Smith was instrumental in helping to develop the sound of the Banshees album Hyaena, but he abruptly left the band to return to his own in the middle of the tour, leaving Siouxsie Sioux to nurse a grudge for the next few years.

6. The band hate the music video for Swimming Horses 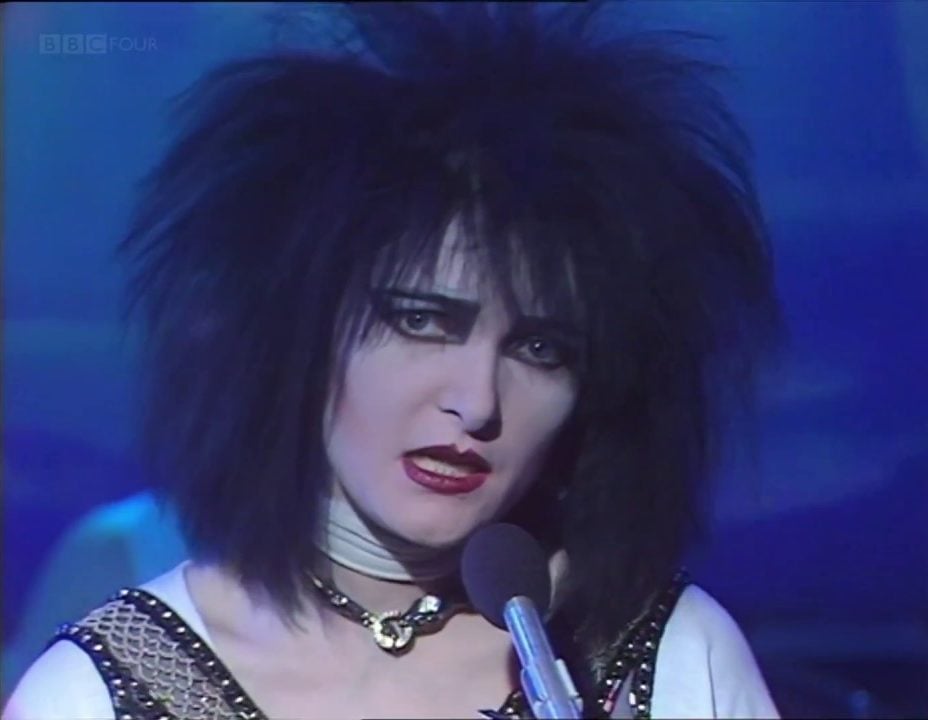 Many bands have a strong visual identity, and Siouxsie and the Banshees are no different. Siouxsie Sioux’s strong, angular cat-eye make-up and bondage-inspired clothing was the root of her band’s aesthetic, which explains why the whole group disliked the music video for Swimming Horses so much.

The band hired a new videographer, and ended up with a video in which Siouxsie Sioux danced around in a white roll-neck sweater and none of her iconic make-up. No one in the band was happy with the result, and you won’t find it on their own social media channels today.

5. Siouxsie Sioux and Morrissey recorded a duet, then fell out over the results 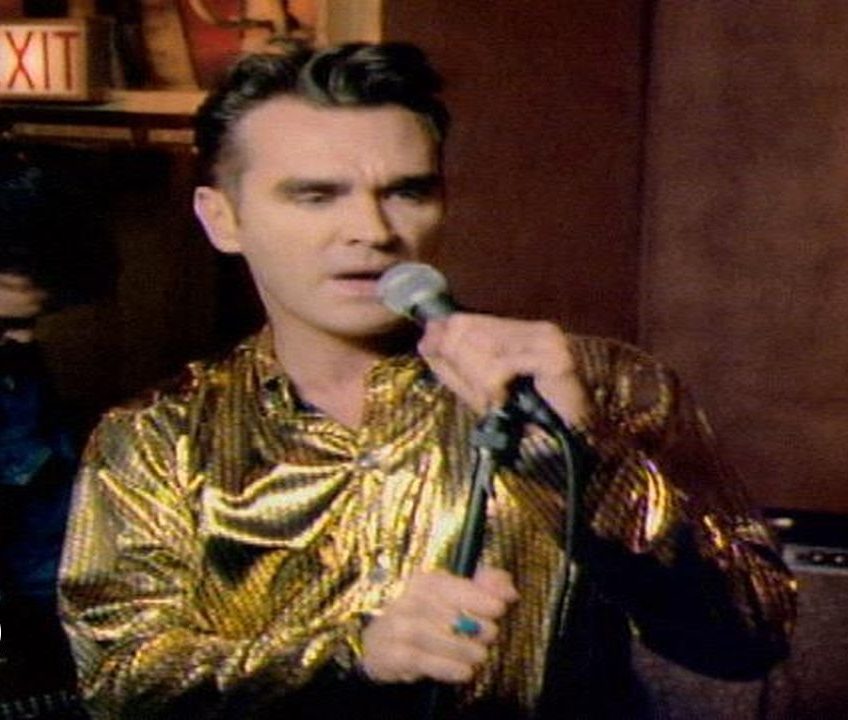 Siouxsie Sioux and Morrissey might be the two most morose singers in all of alternative pop, even if their musical styles, fashion, themes and personal politics couldn’t be further apart. As different as they are, the two admired each other greatly in the 90s, and so when Morrissey reached out to propose a duet, Siouxsie Sioux accepted immediately.

Morrissey sent Sioux a list of classic songs, all written or made famous by women. Sioux chose an old torch song called Interlude, and the pair recorded it together, releasing it under the name Morrissey and Siouxsie. Unfortunately, the pair fell out not long after the song was recorded, due to a squabble over a music video that never came to be.

4. They’ve got into hot water for their use of controversial imagery 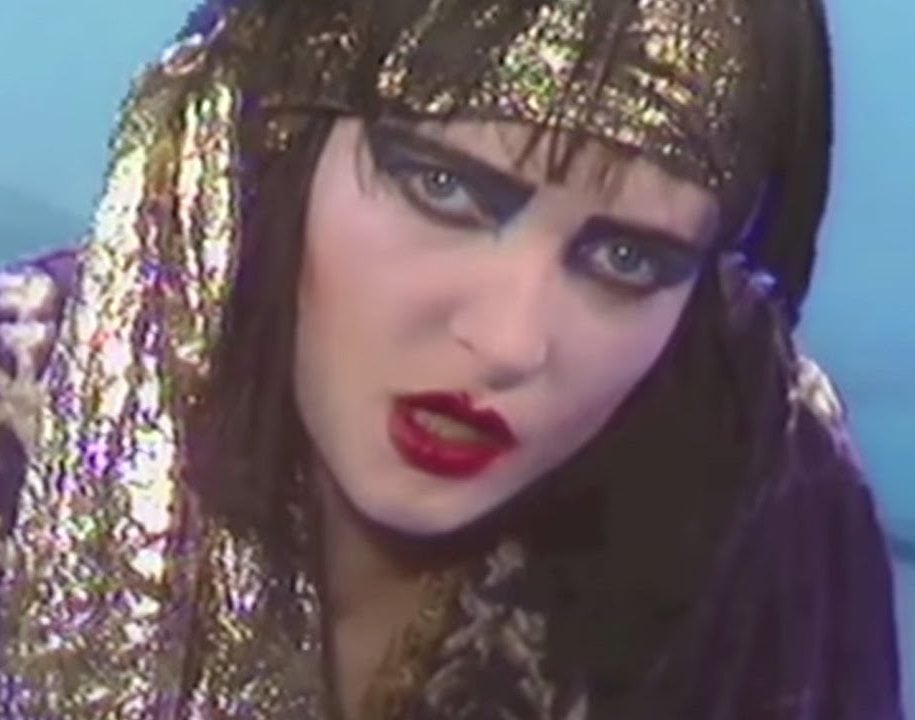 Like many other bands influenced by early British punk and working in the alternative rock space, Siouxsie and the Banshees were interested in pushing the boundaries of public decency. Most of Sioux’s fashion was inspired by bondage harnesses and fetishwear, which caused a stir in the media.

However, her low point came early in her career, when she was beaten up by a gang in France for wearing a cupless bra and an armband featuring Nazi insignia. Sioux later said that her intention was to “upset the bourgeois”, but that she was staunchly anti-Nazi and regretted her choice. She later wrote the song Metal Postcard (Mittageisen), in honour of the famous anti-Nazi artist John Heartfield.

3. Kiss Them for Me was written as a tribute to Jayne Mansfield 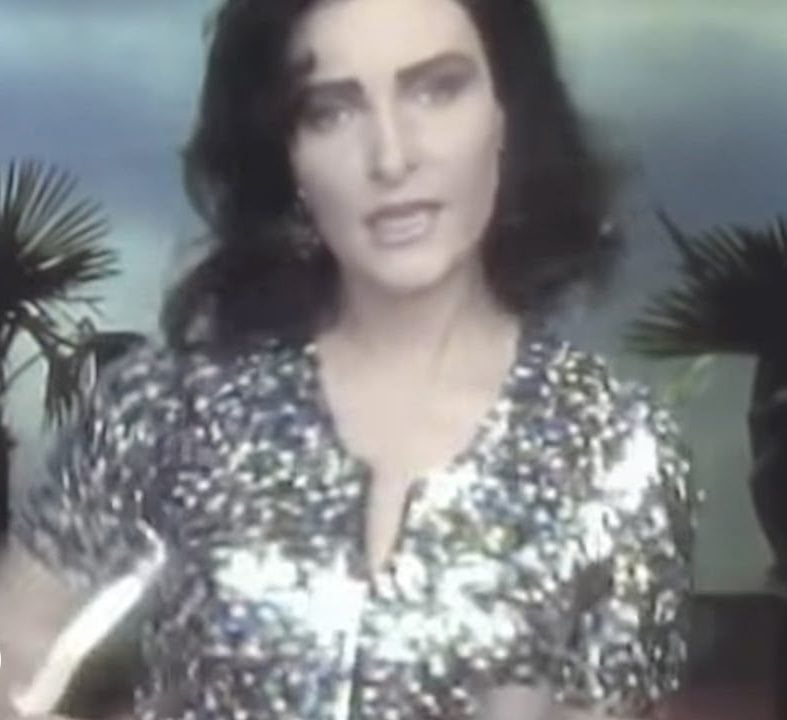 John Heartfield wasn’t the only artist honoured by Siouxsie and the Banshees with a song. Siouxsie Sioux also wrote the track Kiss Them for Me as a tribute to the late and great actress Jayne Mansfield, with references to heart-shaped pools and partying, two things that Mansfield loved.

Kiss Them for Me is also the name of a 1957 film in which Mansfield starred opposite Cary Grant. The film follows three Navy officers on leave in San Francisco. 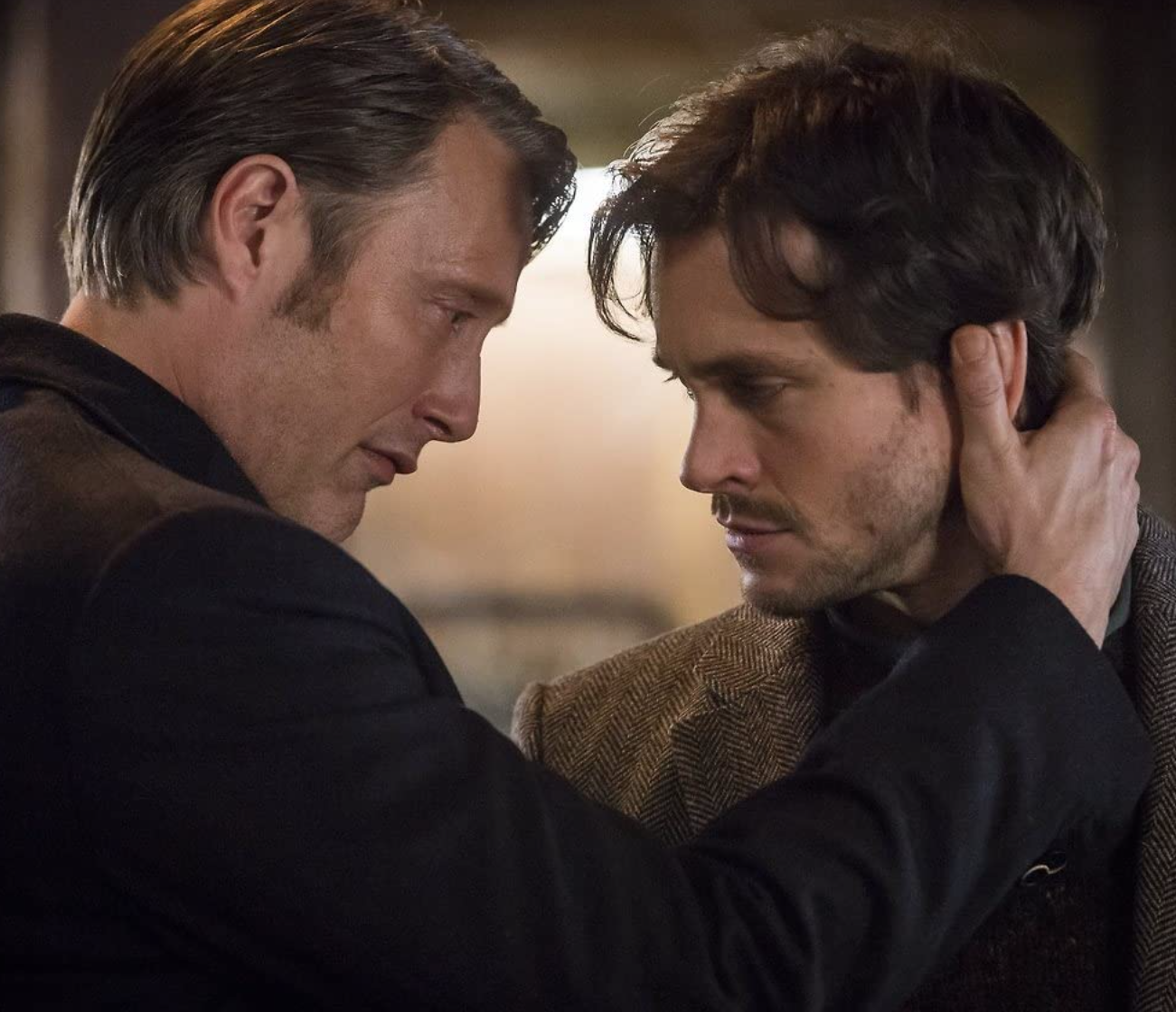 Siouxsie Sioux has been consistently active ever since the early 70s, whether she was releasing music with Siouxsie and the Banshees, her other band the Creatures, or just as a soloist under the name Siouxsie. However, she has also had her fair share of hiatuses, the most recent of which was broken when she agreed to write a song for the Hannibal soundtrack.

Love Crime was Sioux’s first song to be released in eight years, and it fit perfectly with Hannibal’s dark and romantic tone, with many fans fondly calling it ‘Will and Hannibal’s love theme’.

1. They inspired numerous other bands at the time 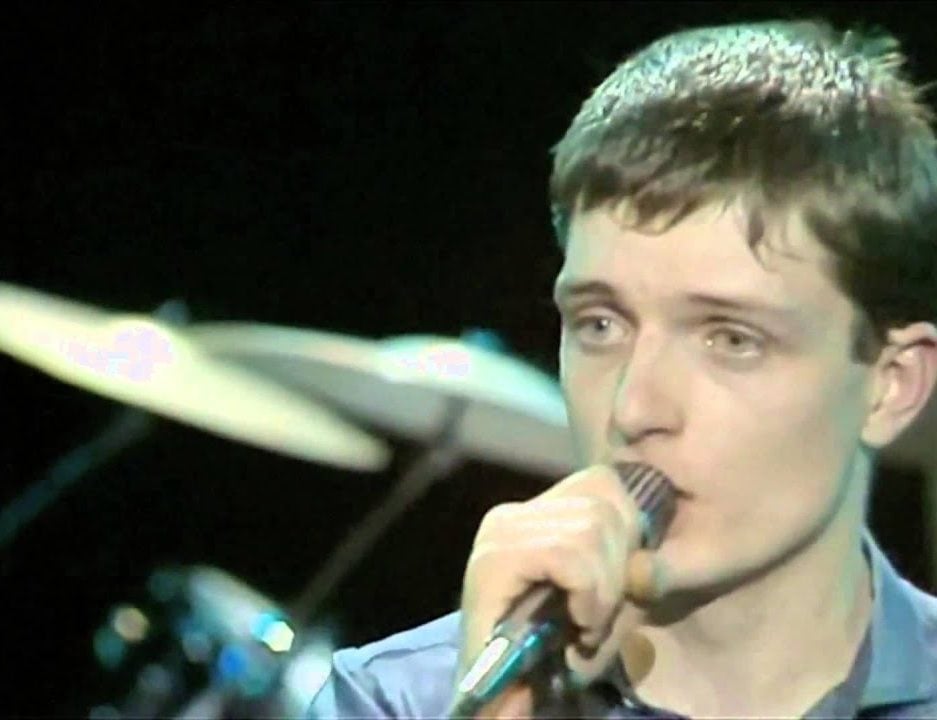 Siouxsie and the Banshees’ contribution to musical history cannot be overstated. As a band, they inspired and helped to solidify post-punk as a genre, influencing the work of their contemporaries in the Cure, the Jesus and Mary Chain, Jane’s Addiction and U2.

Joy Division’s Peter Hook stated that it was the Banshees who encouraged them to try an “unusual way of playing”, and Morrissey stated once in an interview that “None of them [modern bands] are as good as Siouxsie and the Banshees at full pelt. That’s not dusty nostalgia, that’s fact.” High praise indeed.