The thing about celebrities is that they’re expected to be ‘on’ all the time, constantly presenting a bubbly and positive persona to whatever press person they happen to be talking to that day. This has widely been accepted in Hollywood and even in the music world, but Robert Smith has never been that kind of celebrity. 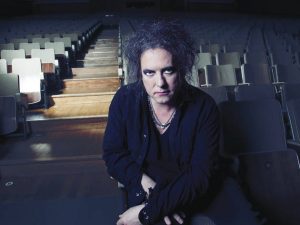 Need evidence? Take a look at his fabulously deadpan response to an interviewer on what should have been one of the proudest days of his career. Forty two years after their formation, The Cure were being honoured with induction into the Rock and Roll Hall of Fame, along with fellow 2019 inductees Stevie Nicks and Radiohead.

Despite the momentous occasion, the crown prince of goth and lead singer of The Cure stuck to his stoic facade, shambling into the press junket looking more morose than overjoyed at the prospect of winning the award. His down to Earth attitude clashed with the upbeat bubbly-ness of a waiting journalist, leading to the most illustrative difference between English and American attitudes you’ll ever see.

this is the funniest start to an interview i have ever seen i love robert smith man pic.twitter.com/7H4okzPX0L

When asked by the upbeat journalist if he was excited as she was by the prospect of his RARHOF induction, he answered both succinctly and hilariously: “By the sound of it, no…”

The interview didn’t get better from their either, with Robert explaining that induction into the hall of fame had never even been a goal of the band’s, and that he wasn’t sure how to feel about it. Not only that, but the viral comment came just days after Robert confirmed that his first album in ten years was set for an October release, and that it would be his darkest in a long time. 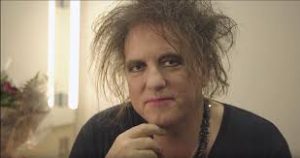 Asked whether or not he was lightening up with age, his comment echoed what this brilliant video already proved, when he said “At my age, I’m still just doom and gloom”.