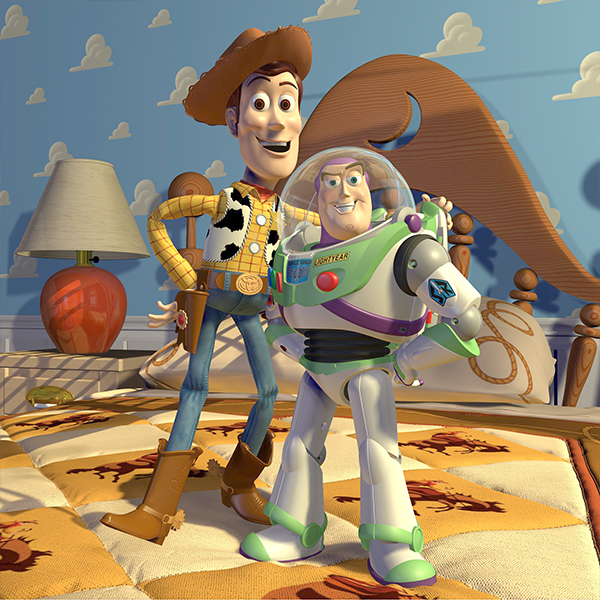 The first fully computer-animated feature film, Toy Story was not only a technical marvel on its release but also a significant critical and box office success.

Starring Tom Hanks and Tim Allen as the voices of toys Woody and Buzz Lightyear, the film is based on a simple premise: what if, when you aren't looking, your toys have lives of their own? Toy Story transplants the typical tropes of the buddy comedy into the world of a plaything.

Produced on a budget of $30 million, Toy Story reaped $373.6 million at the box office and was nominated for three Academy Awards: Best Original Screenplay, Best Original Score, and Best Original Song for Randy Newman's You've Got a Friend in Me. While it lost in all three categories, it nonetheless received a Special Achievement Award in recognition of its landmark filmmaking, and helped to usher in the Academy Award for Best Animated Feature in 2002.

Toy Story has thus far been followed by three direct sequels; while Toy Story 2 followed in 1999, it would be another 11 years before Toy Story 3, and a further nine before Toy Story 4, each sequel  receiving commercial and critical acclaim (and the latter two each winning Best Animated Feature at the Oscars).

The series' catchphrase - "to infinity and beyond," uttered by Buzz Lightyear - has entered the pop-culture canon, and the character's spacefaring image has led to some remarkable events. For example, in 2008 a Lightyear action figure was taken into space to perform experiments in zero-G.