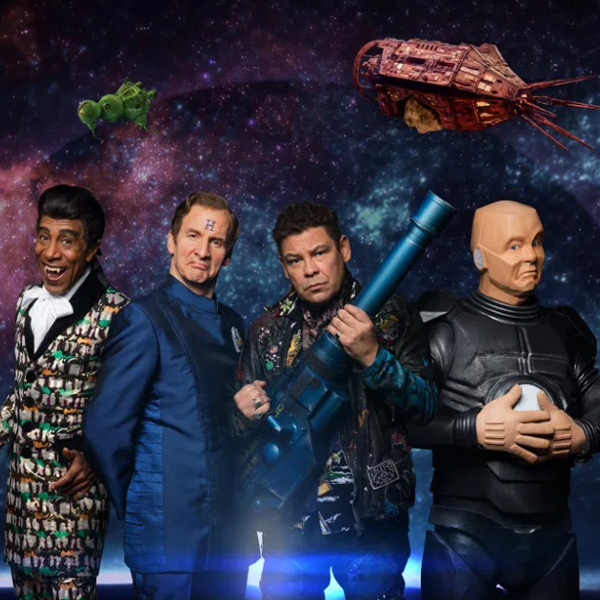 Once any well-established format has been explored thoroughly enough, there’s only one way to breathe new life into the set-up: take it into outer space! This is just what happened with British sci-fi sitcom Red Dwarf.

Set aboard a deep space ship named the Red Dwarf, the show centres on Dave Lister (Craig Charles), the lowest-ranking crew member aboard the ship, who is sent into stasis as punishment for breaking the ship’s quarantine regulations by bringing a pet cat aboard. To Lister’s complete surprise, he is not released from stasis for three million years, as shortly after he went into suspended animation, a radiation leak killed the entire crew.

Lister’s only company are a holographic simulation of his anally retentive bunkmate Arnold Rimmer (Chris Barrie), the ship’s computer Holly (Norman Lovett) and the Cat (Danny John-Jules), a humanoid which evolved from Lister’s contraband feline. Later, they are joined by an android butler named Kryten (Robert Llewellyn, although the character was portrayed by David Ross in his first appearance).

At first Red Dwarf was relatively down to earth (no pun intended), following the motley crew as they tried to alleviate the boredom of floating through empty space. However, from the third season onwards the show really embraced the sci-fi angle and became more action-packed, with more alien encounters and reality-bending phenomena.

After launching in 1988, Red Dwarf proved an unexpectedly enduring hit. To date, 12 seasons and a TV movie have been produced, and there may still be more to come.