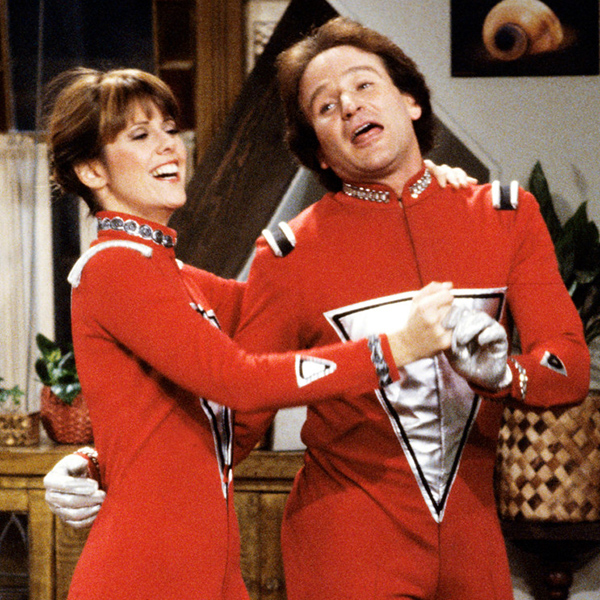 Few spin-off shows have taken on such a life of their own as Mork & Mindy. After debuting the role in one particularly outlandish episode of 50s-set sitcom Happy Days, comedian Robin Williams was catapulted to superstardom by playing the quirky extra-terrestrial Mork from the planet Ork in a show of his own, running from 1978 to 1982.

Set in what was then the present day, Mork & Mindy saw the titular alien take up residence in Boulder, Colorado under orders from his commanding officer Orson (the voice of Ralph James), to whom he reported back every episode with updates on his observations of human behaviour. Eccentric but innocent, Mork befriends Mindy (Pam Dawber). Promising to keep Mork’s alien identity secret, Mindy allows him to move in with her and continue his ongoing studies of humanity.

It was through Mork & Mindy that the previously unknown Williams really announced his comic genius to the world. His high-energy performance was an extension of the comedian’s own persona, and it quickly brought him close to the heart of millions, even if his co-stars could scarcely get a look in at times.

Despite Williams’ increasing fame, the show’s ratings slumped until it was cancelled after four seasons. Still, Mork & Mindy remained prominent in syndicated reruns, and despite Williams’ later big screen success it remained one of his best-loved works. Shortly before his death in 2014, Williams reunited with Pam Dawber on another sitcom, The Crazy Ones.