Today, we know Shazam as Zachary Levi’s big screen superhero, who got his own blockbuster DC movie in 2019. However, scores of film fans also remember a 90s family comedy by the same name, in which stand-up comedian-turned-actor Sinbad played a genie named Shazaam. There’s just one problem: the Sinbad Shazaam – sometimes spelt Shazam – doesn’t exist.

For years, social media users have recounted detailed recollections of Sinbad’s Shazaam movie, including plot details and descriptions of specific scenes and costumes, and others have confirmed sharing these memories – in spite of the fact that no such film was ever made. The whole phenomenon seems to be one of the most striking examples of the Mandela Effect, when a group of people collectively remember something which history says never happened. 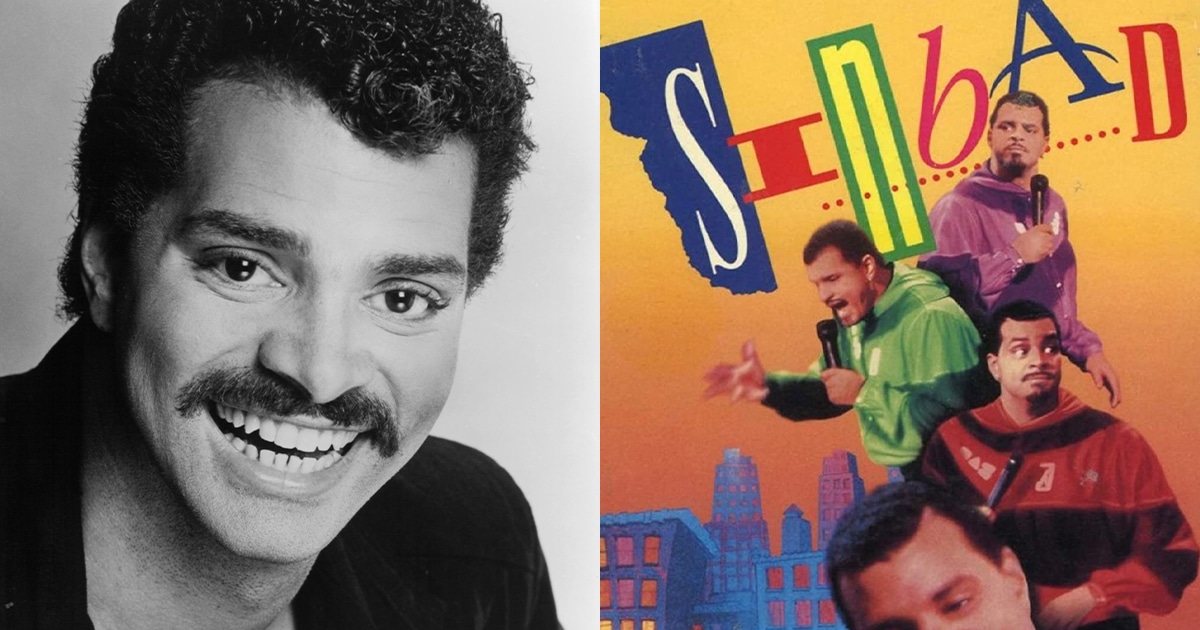 After serving in the US Air Force, David ‘Sinbad’ Adkins broke through as a stand-up comic in the 80s. He found sitcom fame with a recurring role in Cosby Show spin-off A Different World, before headlining his own sitcom, The Sinbad Show, for a single season in 1993.

By the mid-90s, Sinbad was a prolific comedy film actor. As well as taking the lead in 1995’s Houseguest and First Kid, he took supporting roles in Coneheads, The Meteor Man, Good Burger and – perhaps most famously – Arnold Schwarzenegger’s Christmas comedy Jingle All the Way. Thanks to all this, Sinbad was a familiar face to young audiences at the time.

Around this same time, another prominent American celebrity making moves into family entertainment was basketball superstar Shaquille O’Neal. In 1996, Shaq took the title role in Kazaam, a kid-friendly comedy from director Paul Michael Glaser (The Running Man) which cast the towering sportsman as a streetwise genie who lives in a boombox. 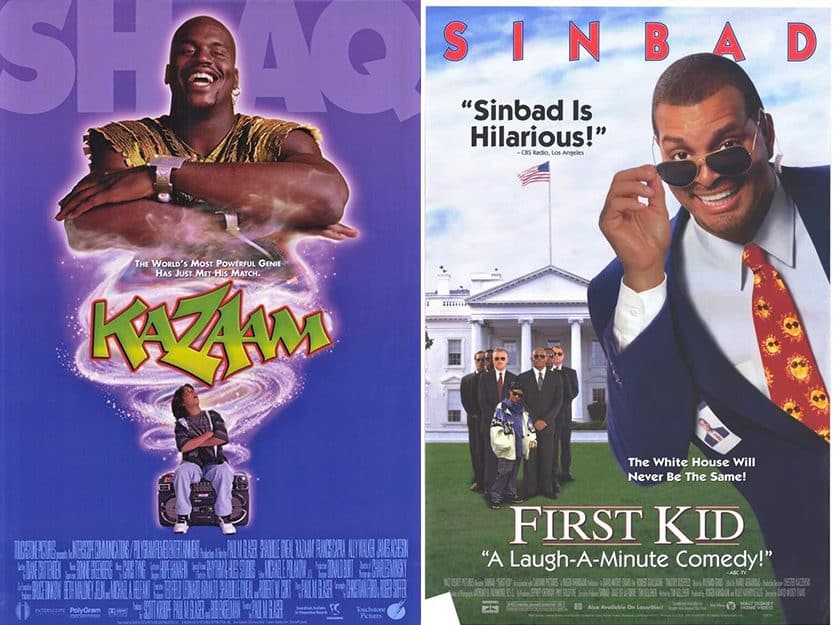 Although Kazaam proved a box office flop, it was widely seen on VHS by younger viewers at the time – and on the US video release, one of the trailers preceding the feature was for Sinbad’s film First Kid. Given that both leading men were dark-skinned, broadly built and tall (although Sinbad is by far the shorter of the two, standing 6’3″ as opposed to Shaq’s mighty 7’1″ frame), it’s understandable that some youngsters of the time might have gotten the two men confused.

It’s hard to pinpoint quite when the Shazaam urban legend began. Investigations into the subject pinpoint Reddit posts dating back to 2012, in which numerous users seemed to share similar memories of the movie. Specific scenes ‘remembered’ include two child protagonists who meet Shazaam after fighting over his lamp in an attic, unwittingly summoning the genie and prompting the kids to run in fear, believing him to be a kidnapper.

The film is also said to have featured scenes of Shazaam using his magic to fix a broken doll, a pool party sequence in which the father character’s boss is publicly humiliated, and the children making a final wish for their widowed father to find love again. Sinbad’s title character, meanwhile, is said to have been dressed in ‘a golden turban, an earring, purple vest, purple puffy pants and golden pointed shoes.’

None of what those Redditors and others remember of a Sinbad Shazaam movie, however, is real. 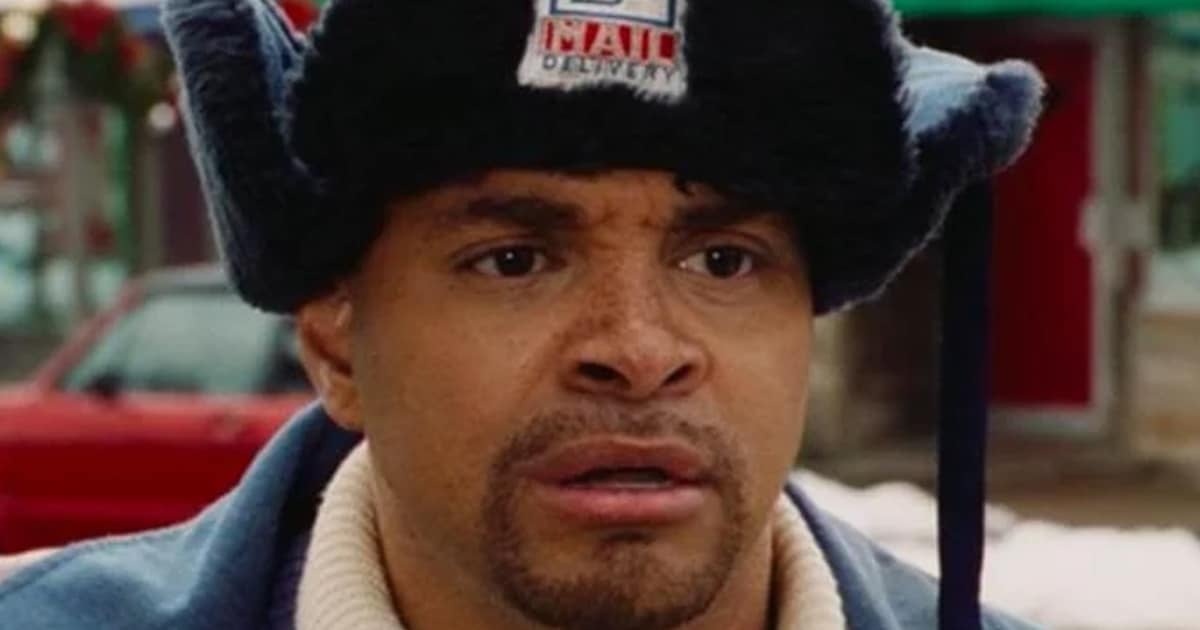 Sinbad himself has been left bemused by the Shazaam conspiracy theory. The comedy actor told Indiewire in 2016, “It came out of nowhere… and nobody knows why.” Yet despite Sinbad’s own insistence that he never made Shazaam, its unavailability on home entertainment, and the absence of any photos, videos or reviews of the movie online, many Shazaam diehards refuse to accept that the film never existed.

Even in the comments section of the aforementioned Indiewire article, a slew of comments insist Shazaam is real. Some dismiss the notion that the film is simply being confused with Kazaam, claiming they remember both films coming out at the same time and a ‘debate’ in the press as to which of the two was a rip-off of the other. (There were many instances of similar films coming out back-to-back in the 90s, such as 1991’s Robin Hood/Robin Hood: Prince of Thieves; 1997’s Volcano/Dante’s Peak; and 1998’s Armageddon/Deep Impact.)

At one point, Sinbad came out with his own theory as to where the confusion originated, explaining that in 1994 he hosted a marathon of Sinbad the Sailor movies (the mythic hero from whom he took his stage name) on TCM, clad in a Sinbad costume not unlike the fan descriptions of his Shazaam costume. Part of the collective mis-recollection may also be to do with Shazzan, a similarly-titled 60s Hanna-Barbera cartoon in which the title character was a genie. 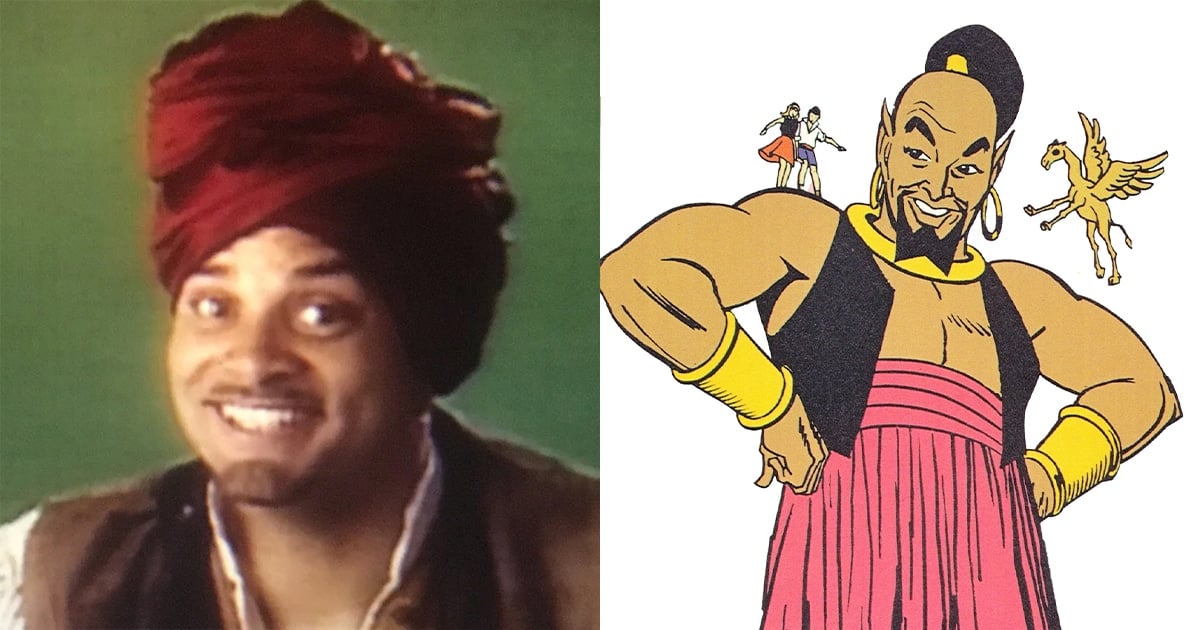 Curiously, there has never been any claim that Sinbad’s Shazaam was an earlier big screen take on DC superhero Shazam! Even so, the production of this 2019 blockbuster and its 2023 sequel Shazam! Fury of the Gods brought the Shazaam question back into the social media sphere, as did Will Smith’s appearance as the Genie in Disney’s live-action version of Aladdin. The popularity of the 1992 animated version of Aladdin, plus its mid-90s direct-to-video sequels and TV cartoon spin-off, could also be part of the Shazaam memory.

Unsurprisingly the theories behind the non-existence of Shazaam get quite outlandish. Some say it was such a bad movie that Sinbad conspired to delete all trace of the movie from history, withdrawing the VHS, seizing the master copies and erasing every image and news article from the internet. This, of course, is profoundly unlikely; the time, money and resources required to pull off such a feat would be beyond even the richest person.

Another wild theory posits that the collective memory of Shazaam comes from a parallel universe. This more challenging take might be endorsed by Fiona Broome, the paranormal investigator who coined the term ‘Mandela Effect’ after her studies found numerous people had the shared false memory that Nelson Mandela had died in prison in the 1980s, when in fact he lived until 2013. Because this memory seems so real to some, Broome suggests it could be evidence of an alternate reality. 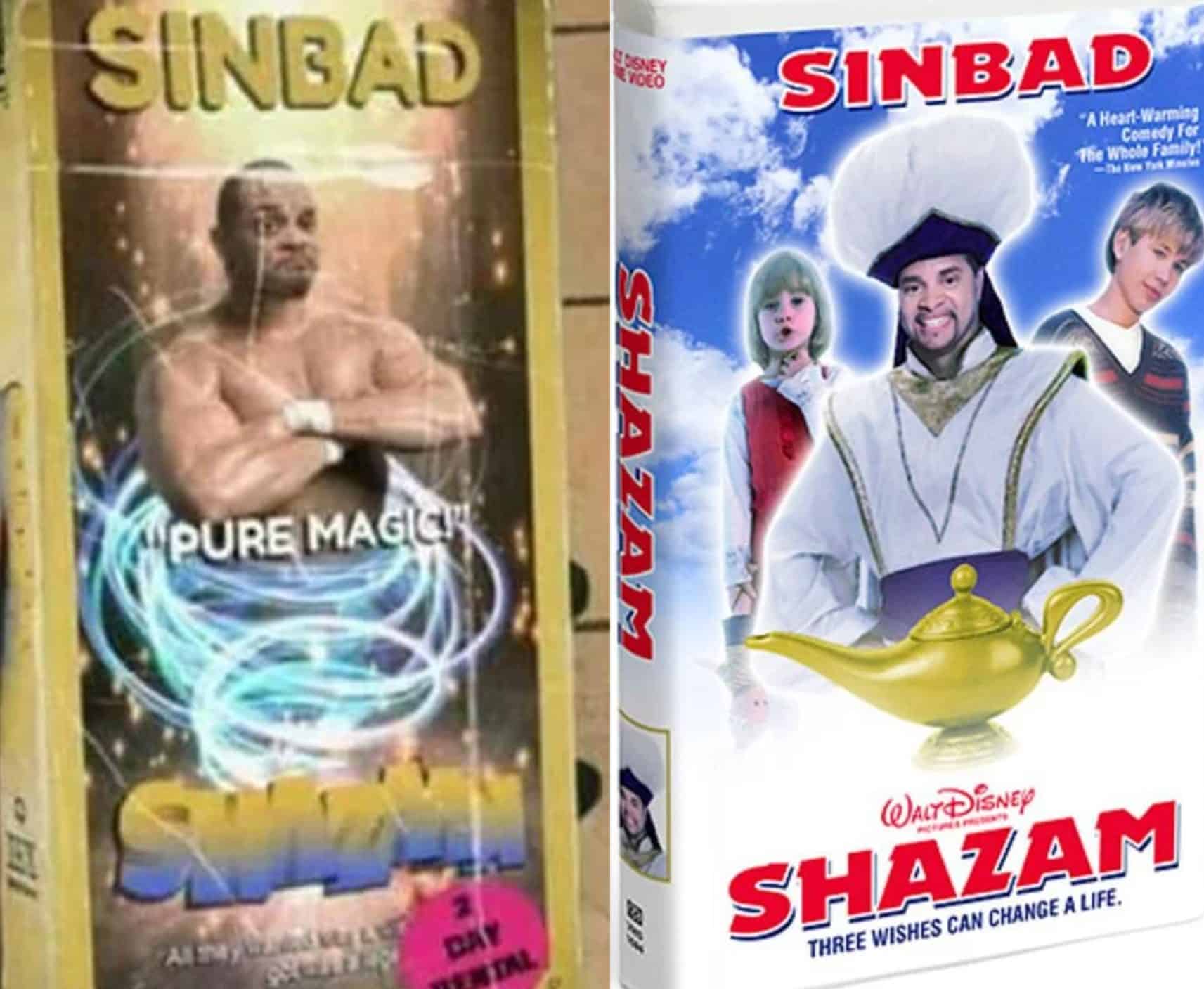 Sinbad’s Shazaam has become such a popular example of the Mandela Effect that it even wound up getting a namecheck in a 2018 episode of The X-Files, The Lost Art of Forehead Sweat, in which David Duchovny’s Mulder directly references the non-existent movie, explaining it as an example of “when someone has a memory of something that’s not shared by the majority or the factual record.”

After the X-Files episode aired, Sinbad realised the Shazaam story wasn’t going away. “That was crazy, that we made it to that level. That means I can’t fight it any more. I’m going with it.” The actor remarks that if an actual bona fide VHS copy of Shazaam ever surfaces, “I’ll cop to it… [but] if they find the tape, I’ll trip out.” 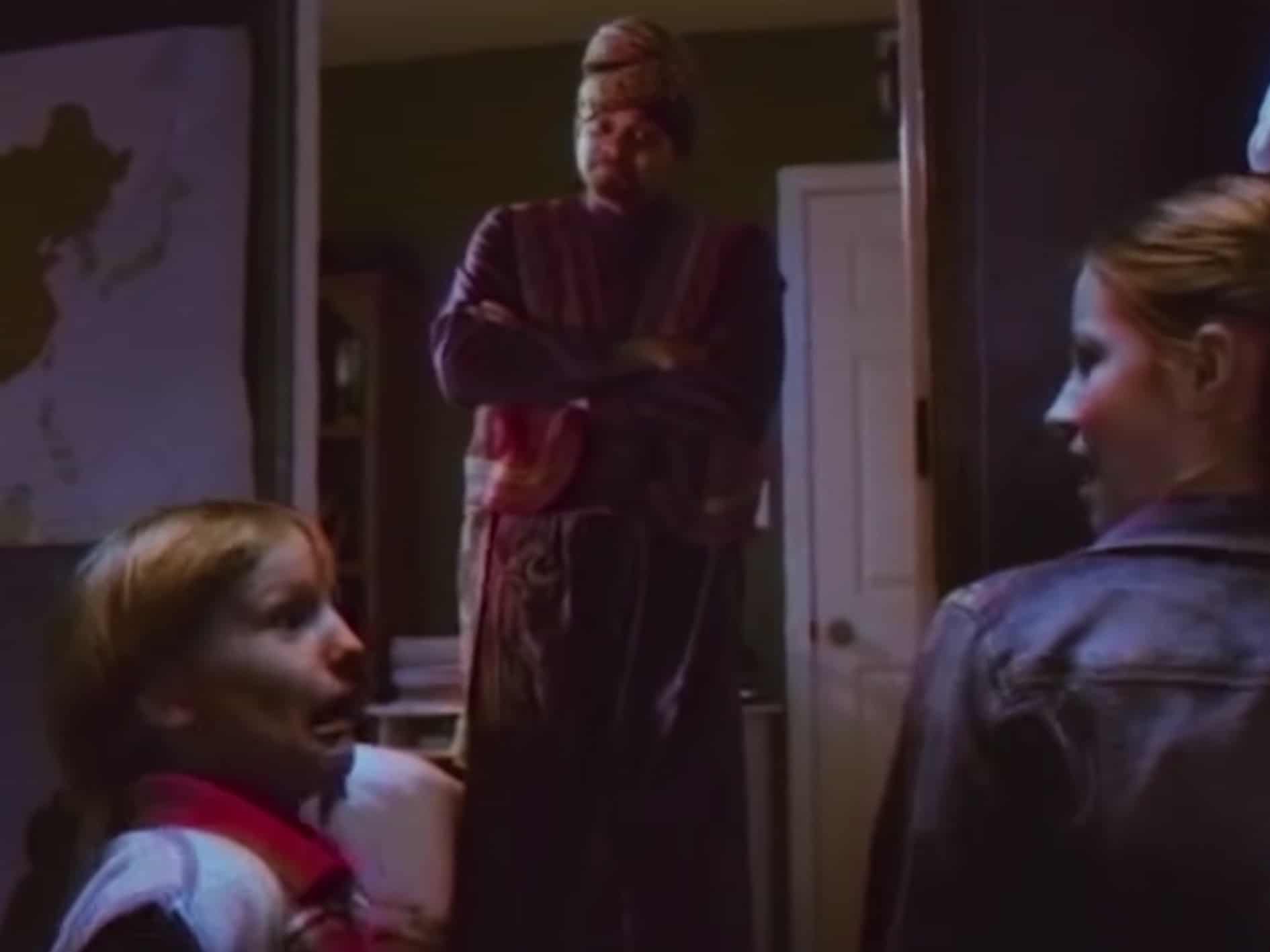 Collective false memories and/or parallel universe theories are all well and good, but – call us cynics – we’d say it bears considering that the whole thing is plainly and simply an elaborate hoax, and at least some of those claiming to remember the film are deliberately lying to keep the joke alive. Certainly, fake evidence of Shazaam has been created, notably some mock-up VHS covers – and, more prominently, a video starring Sinbad himself, which was released for April Fool’s Day in 2017.

The staged recreation of Shazaam’s imagined introductory scene sees the elder sister character remark to her brother, “We have our memories. They’re real. No one can take that from us.” Doubtless, this is a nod to those who insist they remember the movie existing, and still refuse to accept any evidence to the contrary. If you are among those who remember Shazaam, good for you – and if you have proof, don’t keep it to yourself!