8 Reasons The 1980s Was The Greatest Decade For Toys

We’re certainly not the only generation to argue that the era in which we grew up was the greatest, but we are the only generation to be totally and utterly and completely correct. A 1980s childhood was a glorious thing filled with unbeatable TV shows, all-time classic films and addictive video games. But today we’re putting those to one side so we can focus on an aspect of our youth that still gives us that warm, nostalgic feeling: the toys!

Whether you were into Transformers, Care Bears or Strawberry Shortcake it didn’t matter, because we can join together in agreeing that they simply don’t make ’em like they used to. Below, for your retro reading pleasure, are eight reasons why the 1980s was the greatest decade of them all when it came to toys.

8. They were colourful, detailed and inventive 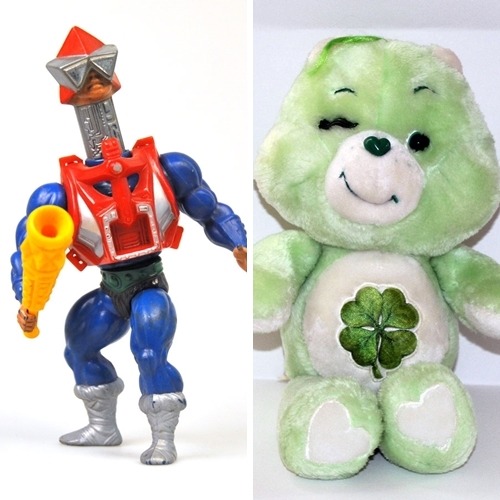 You only have to take one look at many of our favourite toys to understand how they stand out from the ones that were available to the generations that came before and after us 80s kids.

There were 70 distinct, imaginative He-Man figures, numerous colourful My Little Ponies and Care Bears and – let’s not forget Barbie – and her myriad detailed accessories. The toys from our childhood really were quite wonderful!

7. They were built to last 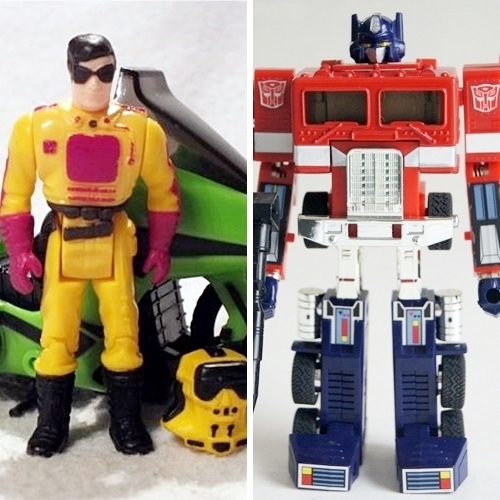 Those of you that have young children will know that many of today’s toys are so poorly constructed that they’re liable to break before Christmas Day has even come to an end.

Things were different during the 1980s, when we could throw our favourite toys around over and over without them getting so much as a dent. Our favourite M.A.S.K. and Transformers vehicles took quite a battering without there ever being any danger of them breaking.

6. They educated and entertained us 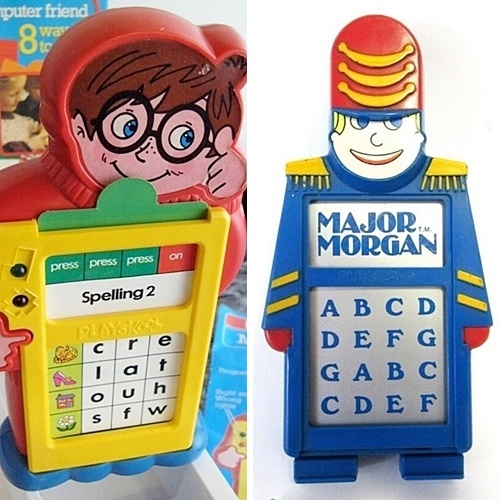 Obviously our childhood toys provided us with hours of entertainment, but they also turned us into the literary and mathematical geniuses that we are today.

Speak & Spell taught us long and complicated words whilst its sister device Speak & Maths aided our addition and subtraction. There was also Maximus and his educational games, the musical Major Morgan and let’s not forget Fashion Wheel, which made us all want to be famous designers!

5. They allowed us to continue the adventures of our favourite TV shows 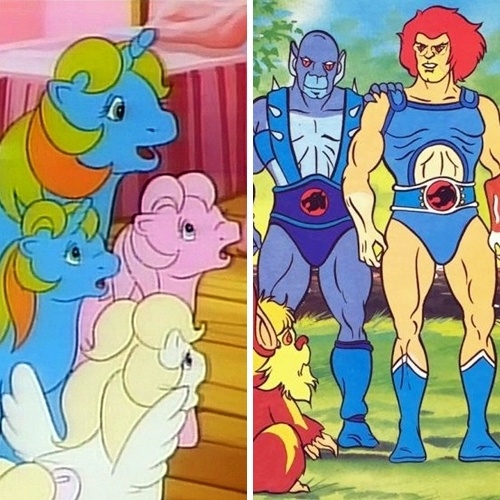 Today’s streaming platforms mean that young people can watch what they want when they want, but some of us will remember the dark days before our parents even had a VHS player that could record our favourite TV shows.

Thankfully, our toys allowed us to continue the adventures of our favourite TV characters long after the all-too-short children’s programming schedule had ended.

4. They comforted us at night 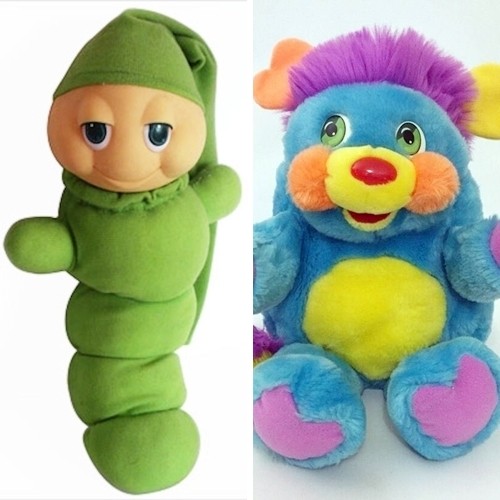 As well as commanding our attention during the daytime, a large number of 1980s toys provided us with a great deal of comfort once the sun had gone down and our curtains had been drawn.

Many of the toys (such as Care Bears, Cabbage Patch Kids, Grumbles, Popples, Furskins, Snugglebums and Wuzzles) were simply warm and cuddly, but Glo Worms gave a nightlight to those of us who were afraid of the dark, and Teddy Ruxpin even had the ability to talk us to sleep!

3. Many of them kept us extremely fit 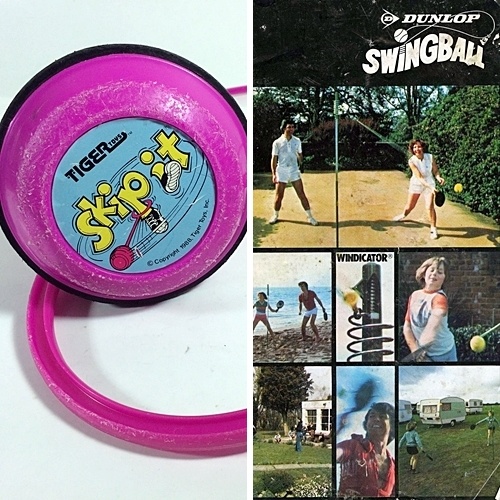 Many of our favourite childhood pastimes didn’t do much to exercise our body (yes we’re looking at you, video games), but thankfully a large number of our toys also kept us extremely fit.

Skip-It had us jumping up and down for what felt like hours; Space Hoppers made us look like complete lunatics; Swingball gave us an incredibly competitive spirit and Aerobie had us galloping halfway across our local playing field!

2. They encouraged us to look after our possessions 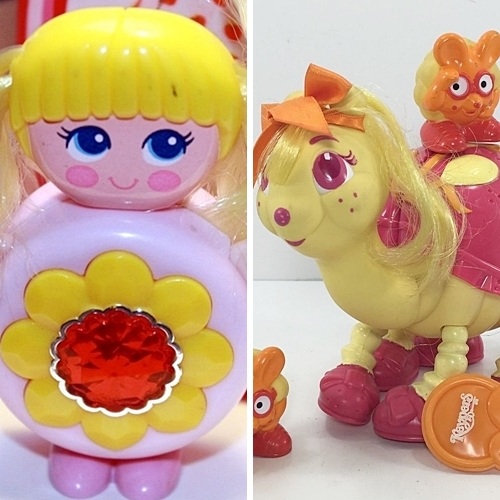 Some extremely special retro toys doubled as handy safe places for all the tiny keepsakes and collectibles we had managed to build up during our formative years.

Sweet Secrets held little surprises; Keypers allowed us to lock away our most treasured possessions; Mr Money Automatic Bank Robot did a great job of keeping our pocket money safe and were even able to store our chocolate in a Dairy Milk Chocolate Dispenser.

1. We could view them all in an Argos or Index Catalogue 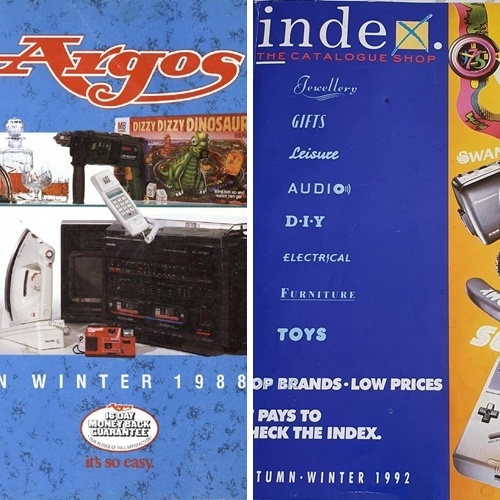 One of the greatest joys of being an 80s kid was being able to compile a Christmas present wish list by perusing the final seventy or so pages of an Argos or Index Catalogue.

Every single 1980s toy we could ever dream of was displayed within the pages of these sacred catalogues, but despite our prayers and pleadings, most of them never materialised under our tree once the festive season came around.