Countdown co-host Rachel Riley may be one of the brainiest people on telly, but she isn’t immune to the hilarious charms of a naughty word or two.

Since its inception, Countdown – the Channel 4 game show in which contestants must spell words using a combination of nine random letters – has seen all manner of rudeness spelt out on the board.

But since Riley took over the role of steward of letters and numbers from Carol Vorderman in 2009, it seems Countdown’s filthy word count has only increased.

Over the weekend, Riley tweeted some of the rudest words spelt out by contestants in the ten years since she joined the show. 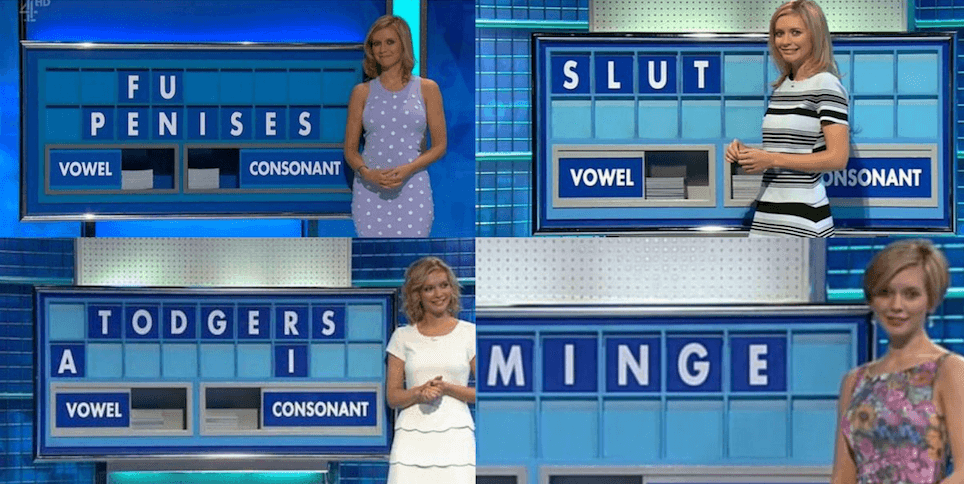 Also making an appearance on Riley’s Best Of are the less X-rated ‘no panties’, ‘phallus’ and ‘aroused’.

2009 marks Riley’s tenth year in charge of numbers and letters at Countdown. 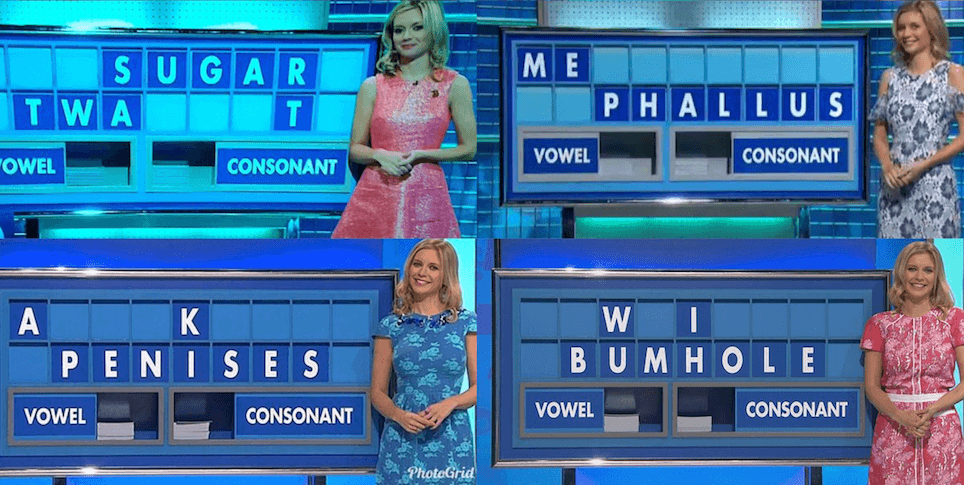 The Oxford graduate has also co-hosted the late-night 8 Out of 10 Cats Does Countdown since 2012, where the rude words are spelled with greater frequency.