Julia Montgomery: How Revenge Of The Nerds’ Betty Became An LA Realtor

Julia Montgomery is one among the many actors to get their big break in the business through soap opera, spending several years in a recurring role on long-running US series One Life to Live. However, she gained greater fame – and notoriety – for her role in the 1984 comedy Revenge of the Nerds.

As cheerleader Betty Childs, Montgomery was central to the most controversial moment in the R-rated campus comedy, when Robert Carradine’s Lewis tricks her into sleeping with him. This moment, along with several other provocative scenes, has seen Revenge of the Nerds declared offensive and dangerous by contemporary critics.

However, Montgomery has said there is “something charming” about the scene, explaining, “in the ’80s, we didn’t see it as a rape scene, exactly.” 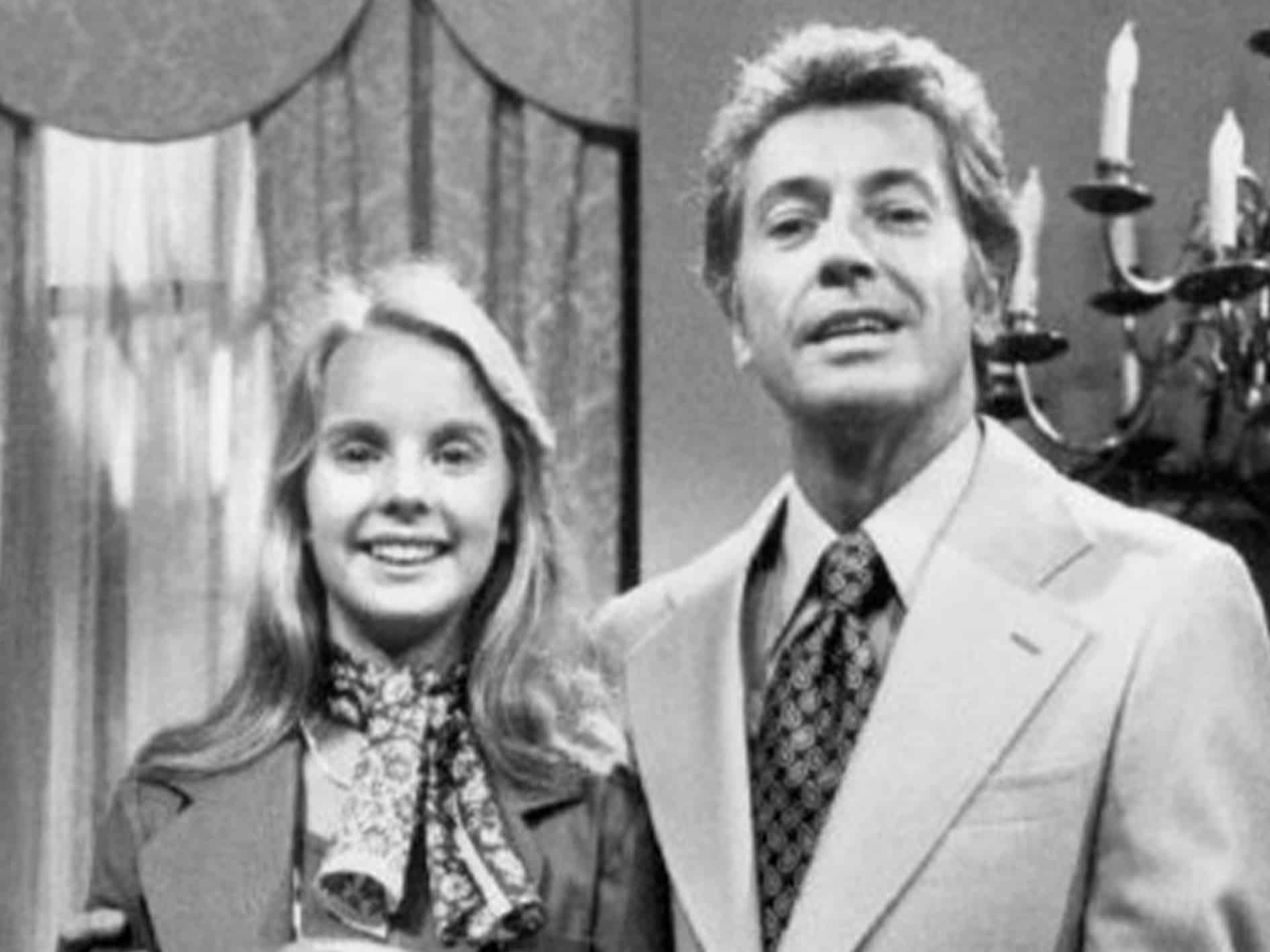 Julia Montgomery with Farley Granger on One Life to Live (credit: ABC)

Born in Kansas City, Missouri on July 2, 1960, Julia Montgomery grew up in Livingston, New Jersey. Noted for her good looks and charm, she won a local beauty pageant and signed with New York’s Ford modelling agency while still a teenager. This paved the way for her landing her first acting job on One Life to Live.

Montgomery joined the long-running soap in June 1976, not long shy of her 16th birthday, in the role of Samantha Vernon. Despite her youth, the actress soon found herself given storylines that went in a somewhat mature direction.

Montgomery recalls, “When I came on the show, I was 16 years old, and the character was 16 years old. Six months later, they turned me 18, so that I could be involved with men, not only men, but generally older men… My character had a flirtation with Tony Lord, who was played by Phil MacHale [an actor 17 years Montgomery’s senior].” 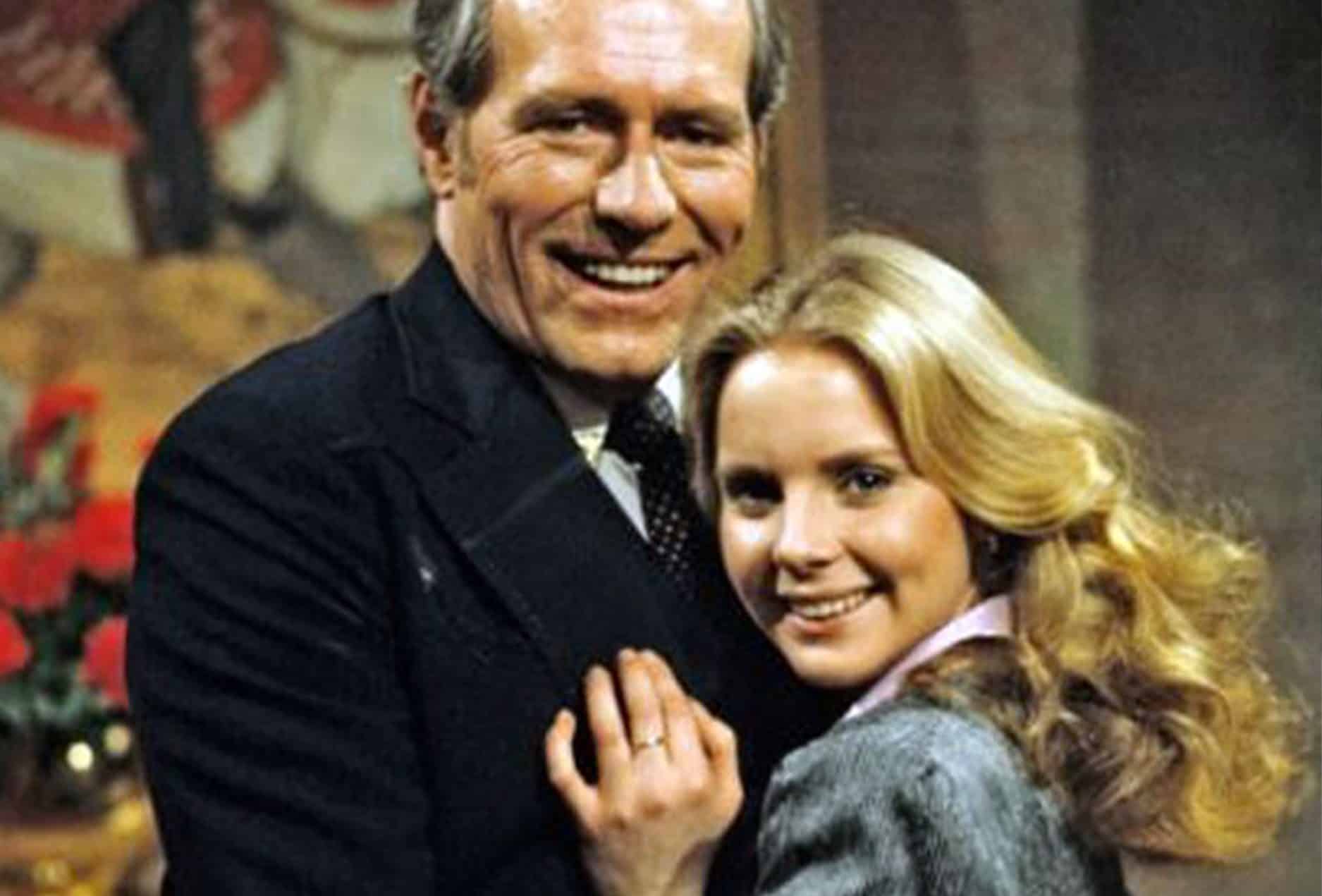 More eyebrow-raising age gaps would ensue. Towards the end of Montgomery’s run on One Life to Live, her character was married off to Asa Buchanan, a wealthy oil magnate portrayed by Phil Carey, an actor 35 years older than Montgomery. Interestingly, the actress says she was “interviewed several times by Dustin Hoffman and his writer for the movie Tootsie, and they literally based [the 1982 film’s] older doctor character off of me telling them about Phil Carey.”

After five years, working full-time on One Life to Live “wasn’t very fulfilling” for Montgomery, prompting her to leave in 1981. She pursued film, and as it was the early 80s most of the roles available for an actress her age were in Friday the 13th-esque horror movies, and raunchy comedies in the vein of Animal House and Porky’s.

Temporarily changing her professional name to Julie Montgomery, her first films included slasher Girls Nite Out and comedy Up the Creek. However, none of her movies really captured the attention of a wide audience until 1984’s Revenge of the Nerds. 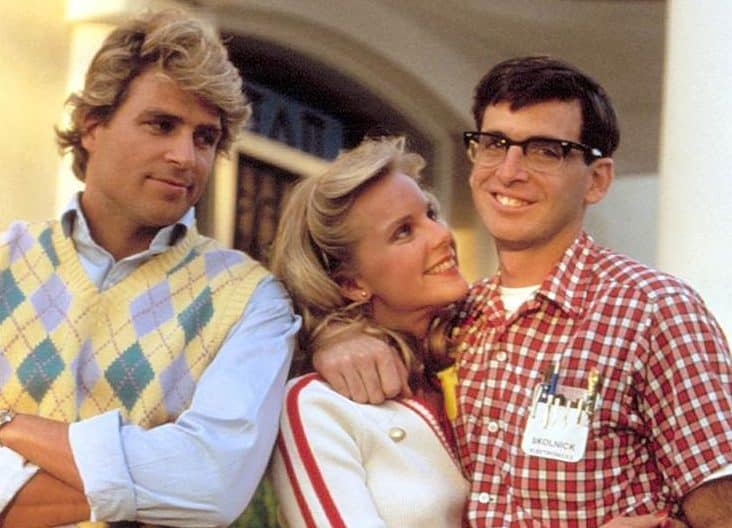 As youth-oriented comedies of the time veered towards low humour with an emphasis on voyeurism, Montgomery’s role of Betty Childs was primarily eye candy (the actress admits, “the script was minimal for Betty”), and two of the film’s most infamous moments hinge on Betty’s humiliation.

First, Betty unwittingly takes off her clothes in front of Robert Carradine’s Lewis, who has broken into the sorority house. Then there’s the more notorious scene when, during a fancy dress party, Lewis dons the costume previously worn by Betty’s boyfriend Stan, and proceeds to sleep with her.

While this passed without comment at the time, recent reappraisals of the film have been thoroughly damning about this moment, and both director Jeff Kanew and screenwriter Steve Zacharias have voiced regret about it. Montgomery herself has expressed mixed feelings about the scene. “I thought about it as “what a surprise, Stan’s got some new moves – but oh my God, it’s not Stan, it’s Lewis!” 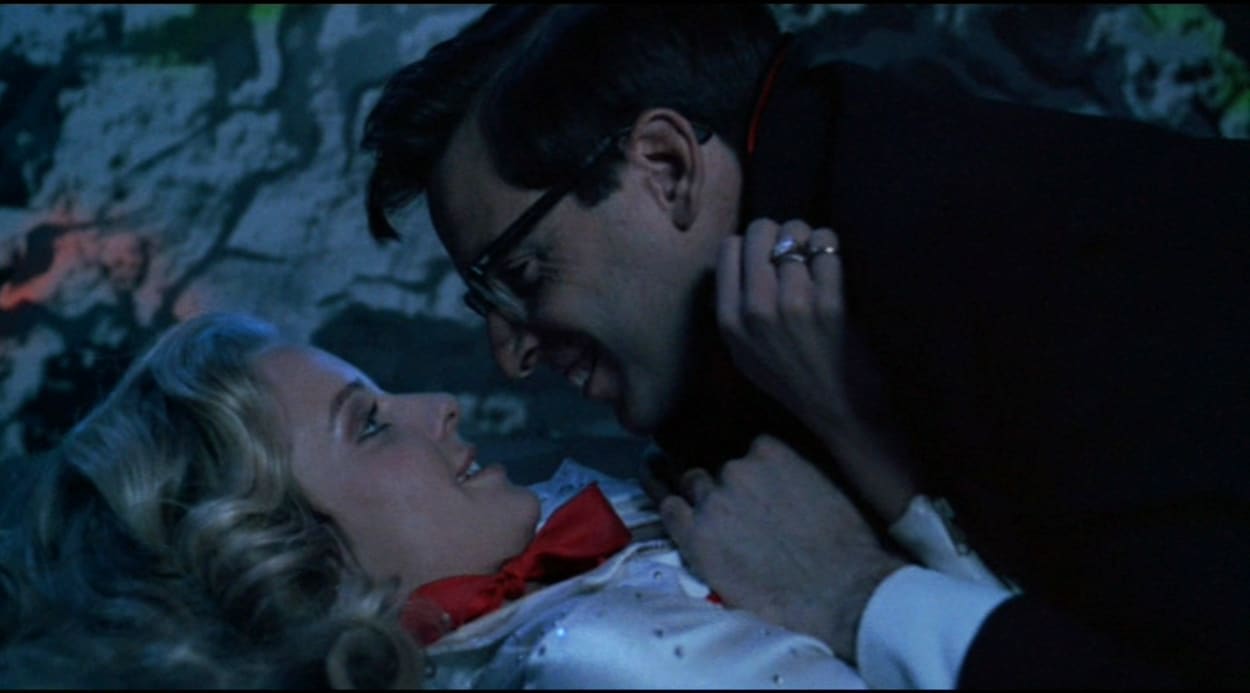 Montgomery defends the scene, arguing, “He just wanted to date me. There’s something charming about that.” Still, the actress concedes, “There should’ve been one more beat in this scene – something else, something added, even if Betty had pushed him or slapped him or something.”

Revenge of the Nerds proved a hit, but it didn’t necessarily launch Montgomery to the big time. After a number of more B-grade movies and some TV guest appearances including Magnum, PI and Murder, She Wrote, the actress accepted an offer to return to One Life to Live in 1987. However, after one more year on the soap, Montgomery finally said, “I can’t take it anymore.” (Montgomery’s character subsequently had a car crash requiring reconstructive surgery, so when the bandages came off another actress was in the role.)

Montgomery’s commitment to One Life to Live may explain her absence from 1987’s Revenge of the Nerds II. However, she would return as Betty in the third and fourth Revenge of the Nerds movies, made for television in 1992 and 1994. These films, along with flops Stop! or My Mom Will Shoot and Milk Money, marked the end of Montgomery’s initial run as an actress. 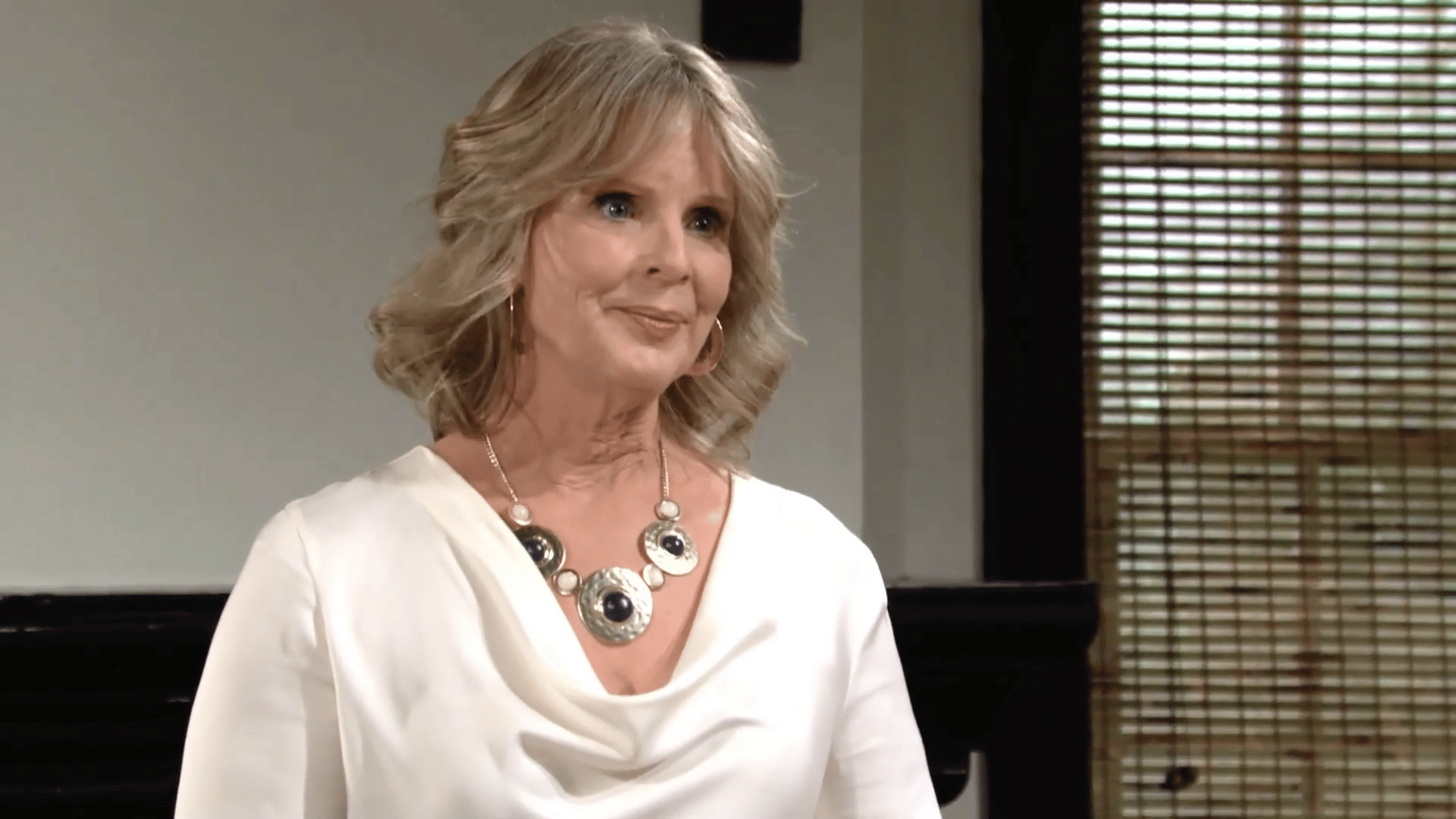 In 1996, Montgomery married Jon Reede, with whom she had two children. Family life saw her put acting to one side, and in the interim she moved into an altogether different line of work as a realtor, presiding over some very expensive properties in the Los Angeles area.

Even so, Montgomery has clocked up a few more acting credits over the years, and 2022 saw her return to the soap arena with a one-off role on The Young and the Restless – in which, interestingly, she was cast as a realtor.

Montgomery has indicated she’s keen to do more work in this field again, remarking, “it’s a completely different time. My kids are just about out of college, and I’m footloose and fancy free! I am ready for action!”