10 Fashions From The 1980s That Are Back In Style Today

The 1980s was bigger, brighter and more brilliant than any other time in history, especially when it came to the brilliant fashion choices that were made throughout our very favourite decade.

And whilst we could probably look back at some 80s fashions with a degree of regret (shell suits, anyone?) there are many other retro trends that we would love to see back in our local clothing stores.

Thankfully, many of our favourite 1980s fashions are indeed back in style today, and below you can take a look at 10 of the most popular. Happy shopping! 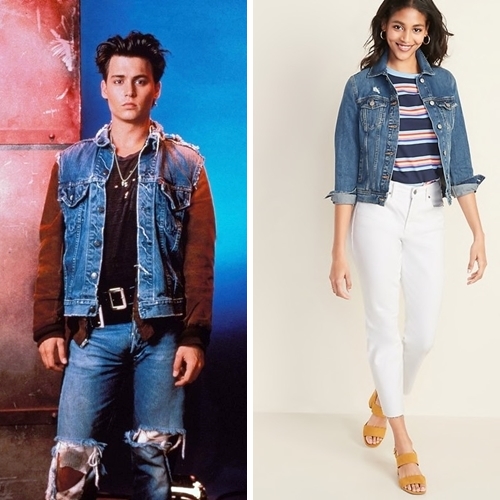 The 1980s was a great time for denim, and although it’s a style of clothing that has never really gone away, we’re pleased to see more people wearing it than ever before.

Because not only are denim jackets all the rage again, but we’re also glad to see the return of jeans that have embroidered patterns and patches, just like during our youth! 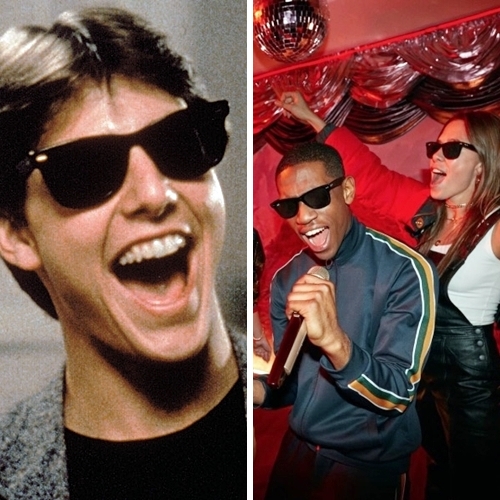 Made popular by the likes of Tom Cruise in his films Risky Business and Top Gun, the latter of which saw sales of Aviator sunglasses increase by 40% when it hit cinemas, Ray-Ban sunglasses were actually introduced back in the 1950s.

The popularity of Ray-Ban’s sunglasses, especially the Wayfarer style, has actually not dipped that much over the decades, meaning that you’re as entitled to walk down the street wearing them now as much as you were in 1985! 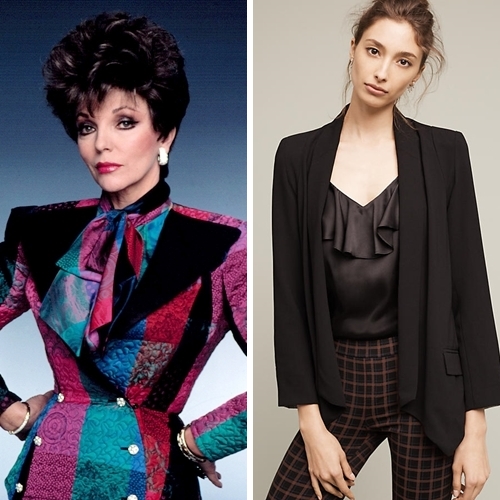 Giving women a powerful look for many years, the shoulder pads we know and love from the 1980s were actually based on styles that were introduced in the 1890s.

And we’re pleased to report that many modern designers are choosing to beef up their outfits by reintroducing what is one of our very favourite 80s fashions. 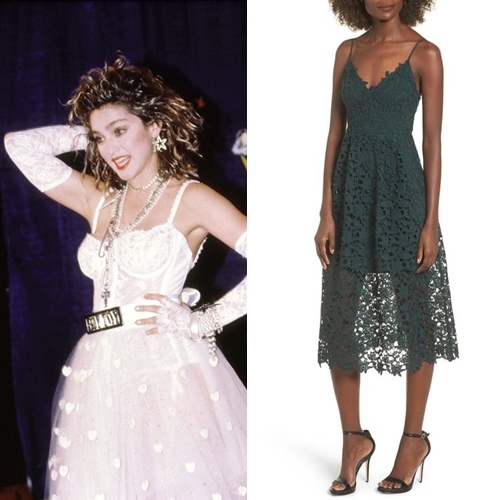 Ever since the day that Madonna wore an all-white, all-lace number to the MTV Video Music Awards, lace outfits have always reminded us of the 1980s.

And although Madonna’s finger-less lace gloves haven’t made a comeback, lace outfits are still popular with many modern-day designers. 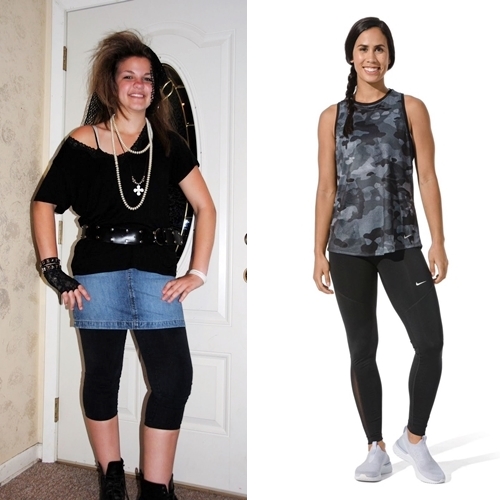 The brilliant retro workout outfits that we know and love can be traced back to 1982, when the American actress and former model Jane Fonda released her first aerobics VHS.

And whilst leg warmers and leotards have been consigned to the great fashion bin in the sky, more advanced (and often waterproof) outfits and leggings are still extremely popular. 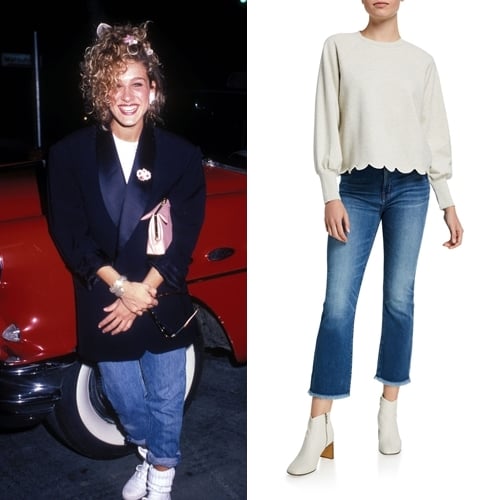 Also known as pegged jeans, cropped jeans back in the 1980s often involved us simply having to roll up the legs of our standard pair of denim trousers.

The style is back in fashion, and we have to say that we do prefer the modern style over the style of the 1980s. 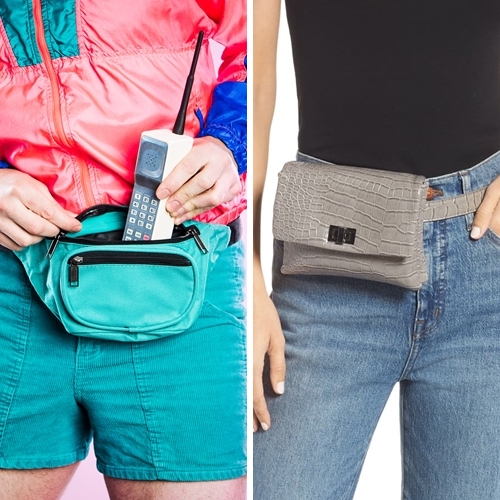 Known as ‘fanny packs’ in the US, the bum bags we know from the 1980s were usually massive, bright, hideous-looking accessories.

And whilst it is an item that you can still purchase today, we’re very pleased to report that the newer varieties, now known as ‘belt bags,’ are much more attractive looking. 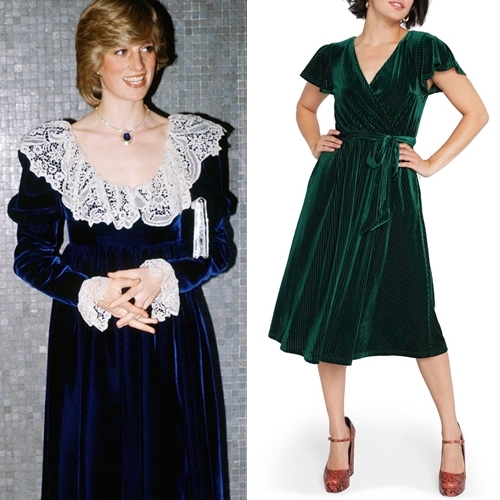 A style that was worn by Princess Diana on a number of occasions during the 1980s, velvet dresses were all the rage when we were growing up.

And not only are velvet dresses still a popular fashion item today, but you can also purchase velvet blouses, handbags and even shoes! 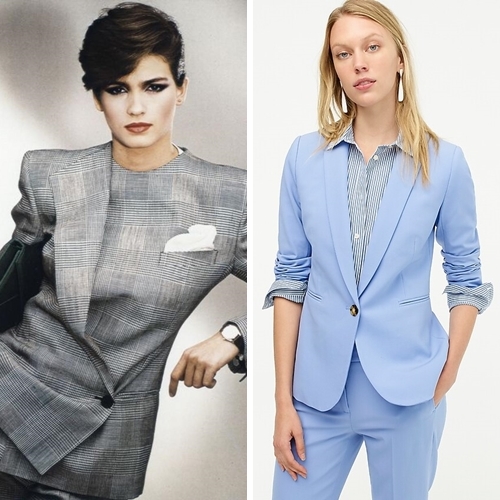 Whether you know them as ‘power suits,’ ‘trouser suits’ or ‘pant suits’ it doesn’t matter, because this particular item of clothing definitely started in and was made famous during the 1980s, and personally we’re glad to see it return.

And whilst the modern-day versions are slightly more understated than the ones we remember from our youth, there’s no doubting where they originated. 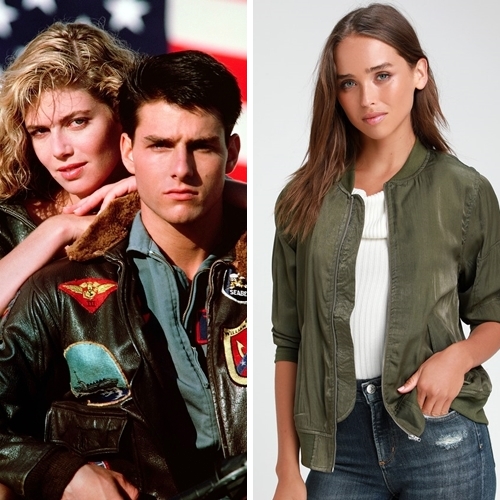 Another item of clothing made popular by films such as Top Gun were bomber jackets, which were impressively large and puffy only a few decades ago.

These days bomber jackets are far more attractive looking and fashionable, enabling far more versatility in how they are worn.