A classic coming of age comedy movie starring Tom Cruise in his breakout role alongside Rebecca De Mornay, Risky Business was one of 1983’s most critically acclaimed and financially successful movies.

So break out your pink shirt, put on your shades, remove your trousers and start rockin’ and rollin’, as you read down the 10 things you didn’t know about this 1980s big-screen classic.

10. It was almost titled ‘White Boys Off the Lake’ 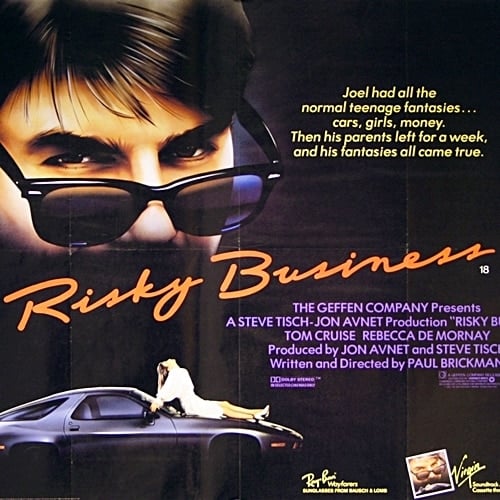 Because Risky Business takes place next to Lake Michigan, it was almost given a completely different title, as confirmed by its writer and director Paul Brickman.

“The working title was White Boys off the Lake,” Brickman has been quoted as saying. “I think the studio rejected that because it sounded like an off-Broadway play. So we started doing word association to come up with a new title.”

9. It could have starred Nicolas Cage or Tom Hanks instead of Cruise 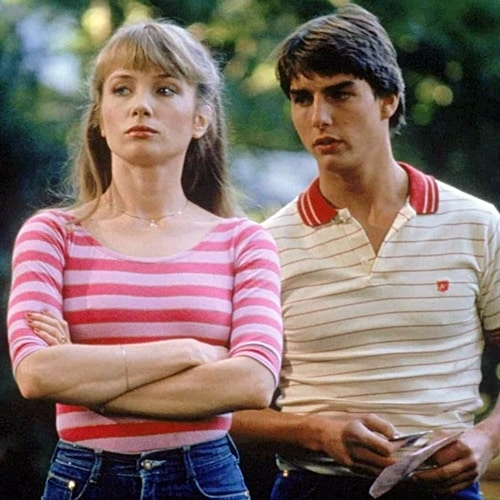 As much as we can’t imagine anyone other than Tom Cruise playing Joel Goodson, a number of big-name actors auditioned for the role.

8. The movie’s director was initially against casting Cruise 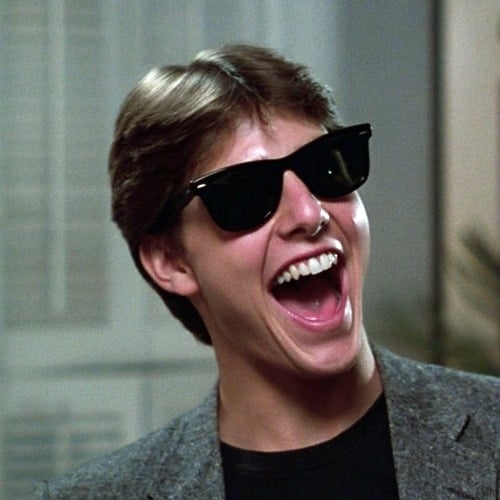 The movie’s writer and director Paul Brickman was initially not keen on casting the then relatively unknown Tom Cruise, but Cruise turned up for an audition nonetheless, still in character as his The Outsiders character.

“I went in wearing a jean jacket, my tooth was chipped, my hair was greasy,” Cruise has since been quoted as saying. “I was pumped up and talking in an Oklahoma accent, ‘Hey, how y’all doing?’ Paul just sat there, looking at me.”

7. Cruise gained weight to put on some de-ageing ‘baby fat’ for the role 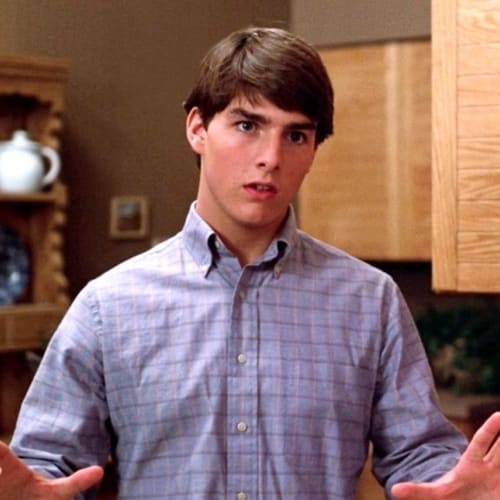 In order for Tom Cruise to look more teenage and fresh-faced in appearance, he was put through a rather unusual training regime.

Initially, Cruise worked out for seven days a week until he lost ten pounds. He then stopped working out completely and ate lots of fatty foods to add a layer of ‘baby fat.’ 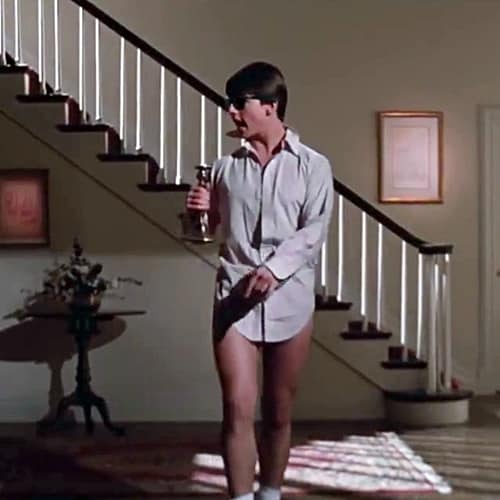 The script simply instructed Cruise to ‘dance to rock music,’ but the actor made it something much more than was written on the page. 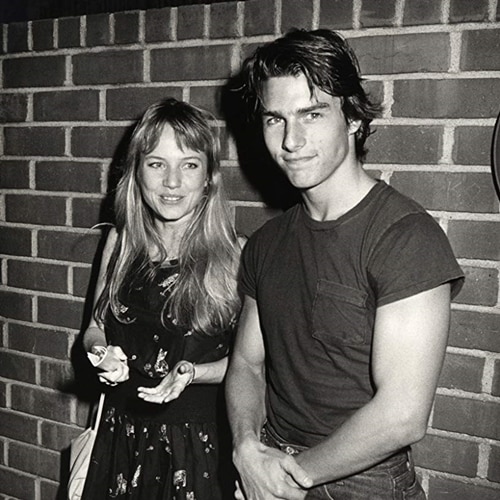 Tom Cruise and Rebecca De Mornay began dating during the movie’s production, which made for a slightly awkward scenario.

This was because Harry Dean Stanton was also starring in the movie, and he and De Mornay had previously been romantically involved after meeting during filming of 1981’s One from the Heart.

4. The original ending was much more downbeat 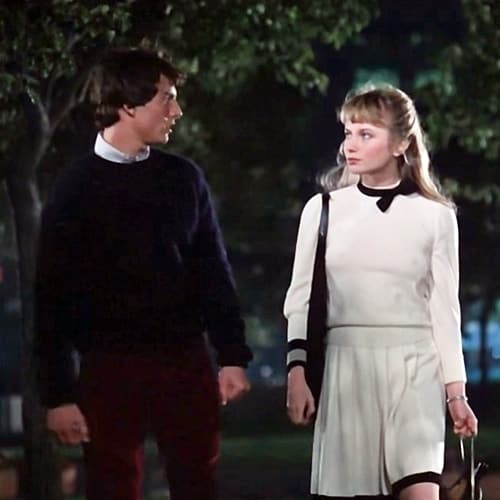 Risky Business nearly had a much more downbeat ending, but Warner Bros insisted that a more upbeat conclusion be added so cinema-goers would leave screenings on a high.

The remastered 25th anniversary edition of the movies contains both ‘the upbeat studio ending and [Paul] Brickman’s original, more tentative and melancholic conclusion’, in which Joel and Lana’s relationship is left ambiguous.

3. The movie caused sales of Ray-Ban Wayfarers to increase by 2,000 percent 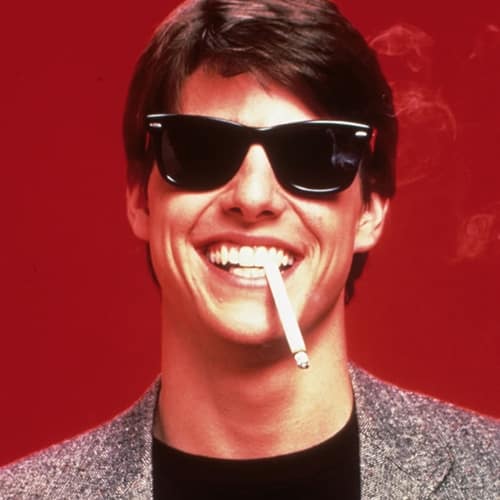 The sunglasses Joel wears in the movie are Ray-Ban Wayfarers, sales of which at the time were poor.

However, after the release of Risky Business, Wayfarer sales rocketed by some 2,000 percent, confirming the power of the Cruiser.

2. The dance scene has been parodied A LOT 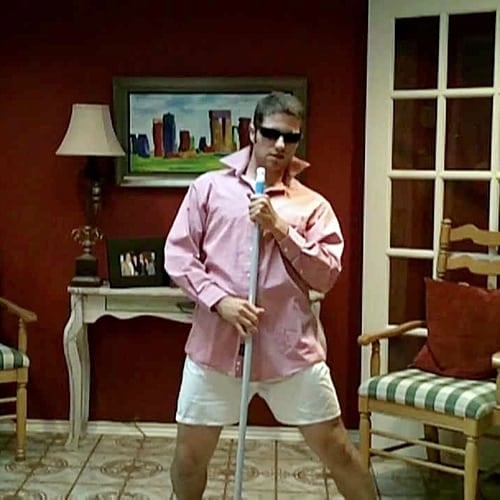 The dance scene where Tom Cruise’s Joel dances to Old Time Rock N’ Roll has been parodied on a number of different occasions.

Examples include in Scrubs and The Ben Stiller Show, as well as on Saturday Night Live and The MTV Movie Awards in 2000.

1. Tom Cruise says the movie is about Capitalism 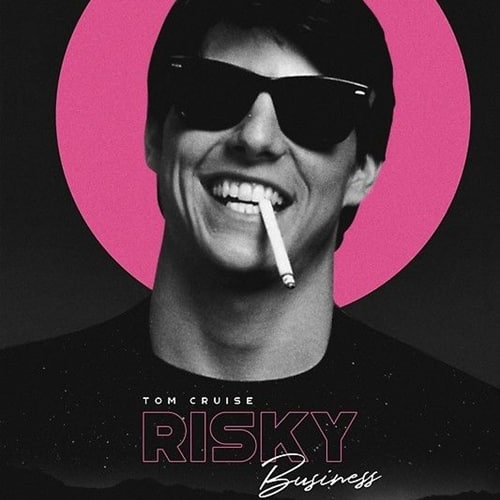 Tom Cruise has been quoted as saying that he thinks the movie is about capitalism.

“It’s about today’s capitalistic society,” Cruise said. “Do the means justify the ends? Do you want to help people, or do you just want to make money? Joel is questioning all of that.”