When Pals Dolph Lundgren and Van Damme Faked a Beef

It was May 1992, and action superstars Dolph Lundgren and Jean-Claude Van Damme were on the red carpet at the Cannes Film Festival to promote their first film together, Universal Soldier, when the mood took a turn. No one could quite tell who started it, but soon Van Damme and Lundgren were exchanging angry words and staring one another down. Lundgren pointed a finger in Van Damme’s face; the ‘Muscles from Brussels’ retaliated by shoving the Swede. Bodyguards quickly intervened as the crowd watched; soon, word got around that the two actors had a major feud going on.

In reality, it was all an act. Dolph Lundgren and Jean-Claude Van Damme became friends on the set of Universal Soldier – a friendship that has since spanned over three decades and five further film collaborations. The two actors’ supposed Cannes face-off had, in fact, been concocted to generate buzz for Universal Soldier, with Van Damme the mastermind and Lundgren his more than willing accomplice. 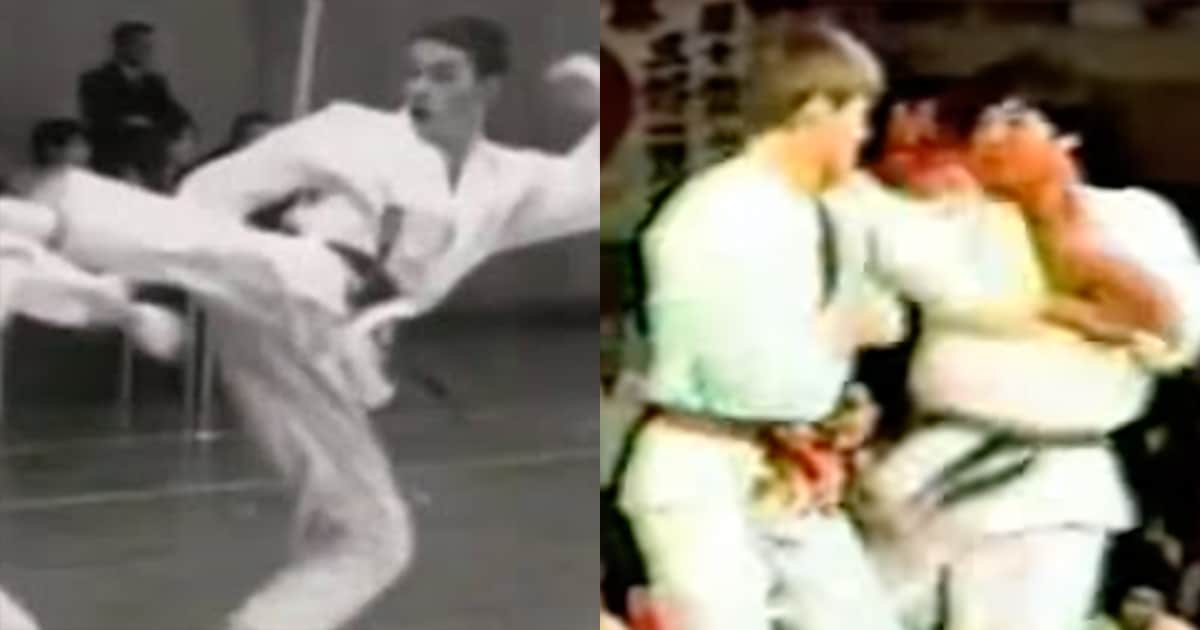 Dolph Lundgren and Jean-Claude Van Damme came from similar beginnings, with both men first rising to prominence as martial artists. Born in Stockholm in 1957, Lundgren began studying Kyokushin karate aged 10 and eventually earned a 4th dan black belt. He went on to win two British heavyweight championships in 1980 and 1981, and another in Australia in 1982.

Although they were competing in karate around the same time, in the late 70s to early 80s, Lundgren and Van Damme’s paths never crossed at this time. They could never have faced one another in competition, as they were in different weight classes: the 6’5″, 220lb Lundgren was a heavyweight, whilst the 5’9″, 180lb Van Damme was a light heavyweight. 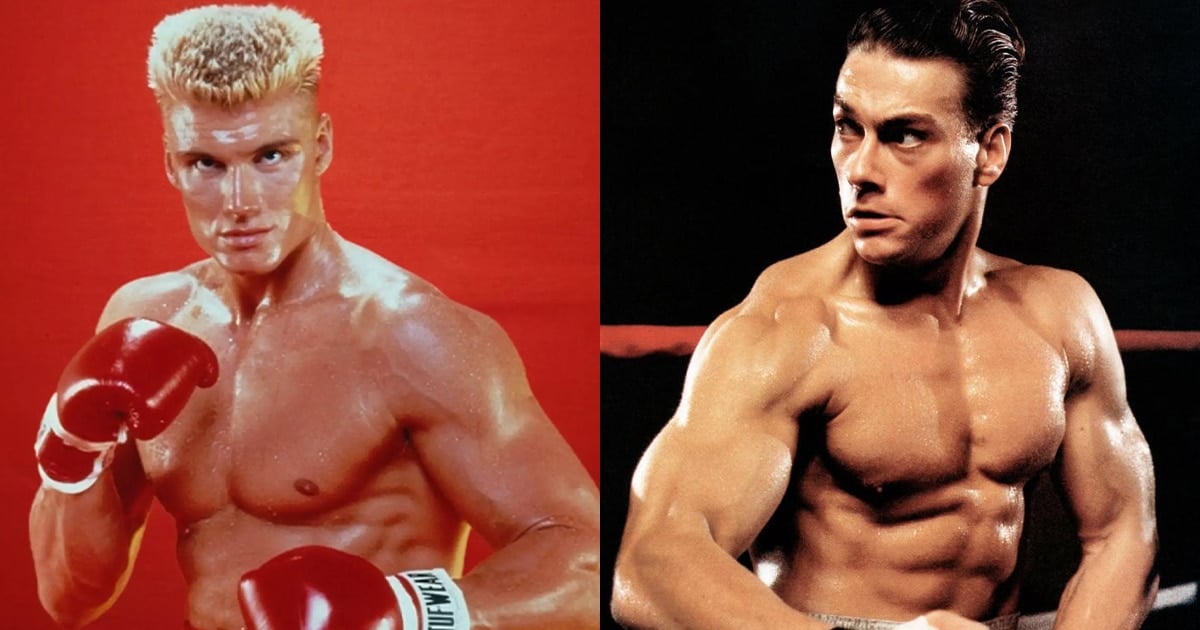 Having made waves in Europe, both Lundgren and Van Damme headed west in the early 80s, their sights set on Hollywood. Lundgren made his acting debut with a bit part in Bond movie 1985’s A View to a Kill, before really breaking through later that year as the villainous Ivan Drago in Rocky IV. He followed that film by playing He-Man in Masters of the Universe.

Van Damme also broke through with a villain role, in 1986’s No Retreat, No Surrender before rising to prominence with the lead role in 1988’s Bloodsport. Soon enough, both Lundgren and Van Damme were being hailed as challengers to reigning action hero champions Sylvester Stallone and Arnold Schwarzenegger.

It was inevitable that Lundgren and Van Damme would unite on film, and this first came to pass with 1992’s Universal Soldier. The sci-fi action romp from director Roland Emmerich cast the two musclemen as GIs killed in the Vietnam War, whose bodies are frozen and revived years later as genetically enhanced super-soldiers. 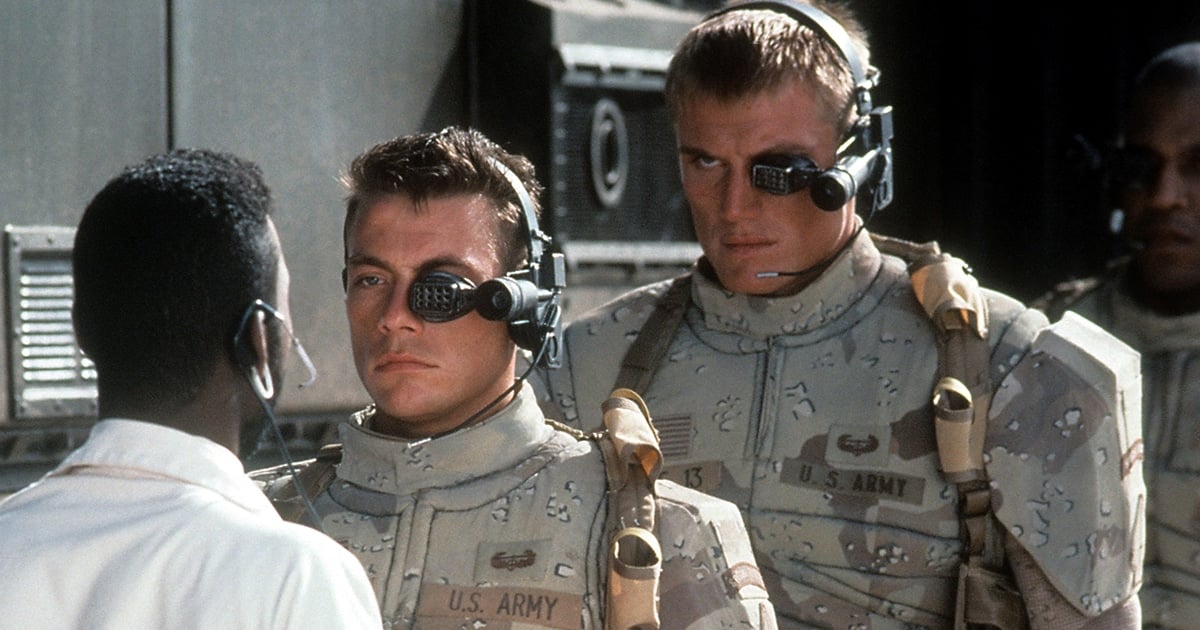 Hopes were high that Universal Soldier would prove a big hit, and the Cannes Film Festival in May 1992 presented a great opportunity to whip up some buzz. Despite the fact that Universal Soldier was not screening at the festival, Lundgren and Van Damme attended the prestigious event in the hopes of getting the press talking – and Van Damme has said that staging a showdown was his idea.

In an early 90s TV interview with Arsenio Hall, Van Damme explained, “the movie was complete but not cut yet… I was in Cannes with Dolph, so I called his room and said, ‘Dolph, we have a problem. We’re here, [but] we have no movie to show off. So let’s do something special.'”

Van Damme suggested that he and Lundgren have some “friction on the steps of the red carpet in the Cannes Film Festival. So he said, ‘yeah, that’s a good idea.’ So we push around each other, we made all the news in Cannes. Free publicity… I’m a businessman!” 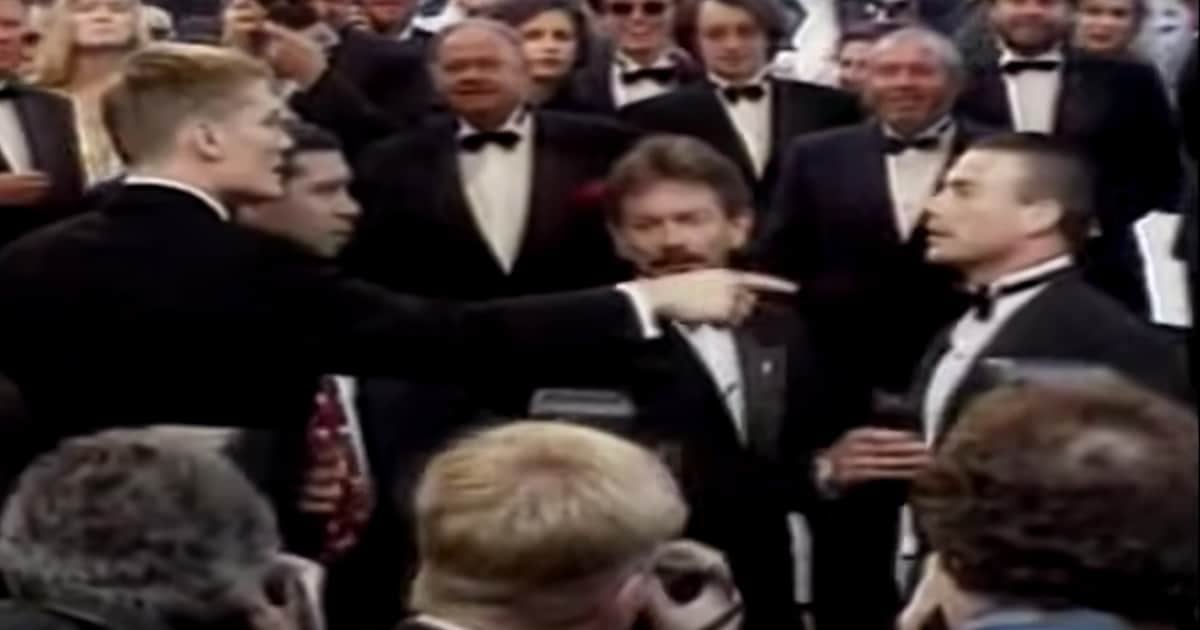 Lundgren has confirmed his ‘fight’ with Van Damme was an act, telling The Guardian in 2022: “The [confrontation] in Cannes was staged. It got a little bit heated… it was Jean-Claude’s idea. He’s a showman.”

The PR stunt worked wonders. Universal Soldier wound up earning $95 million at the box office off the back of a $23 million budget, then went on to do great business on home video. Rumours of real tension between the leading men left fans even more eager to watch them duking it out in the film.

Still, while the clash with Lundgren may have been purely for show, Van Damme did indeed have genuine beef with another action star of the time, Steven Seagal. After Seagal publicly talked trash about him, Van Damme proposed they fight in Sylvester Stallone’s backyard during a party. According to Stallone, “Seagal made his excuses and left… Van Damme was too strong. Seagal wanted none of it.” 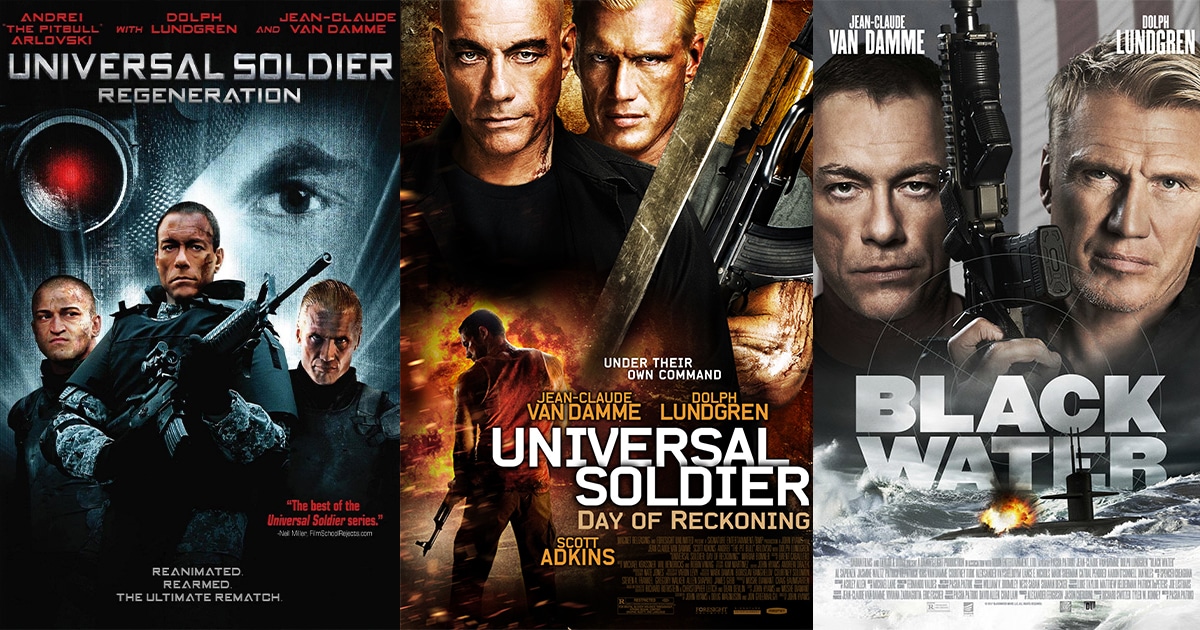 Van Damme and Lundgren, meanwhile, would not reunite on screen until 2009, when they appeared in direct-to-DVD sequel Universal Solider: Regeneration. Since then, they have worked together on two more direct-to-DVD action movies: 2012’s Universal Solider: Day of Reckoning (which enjoyed unusual critical acclaim for a low-budget action film), and 2018’s Black Water.

On top of this, Van Damme and Lundgren have also co-starred in two major theatrical releases: 2012’s The Expendables 2, and as voice actors in 2022 animated movie Minions: Rise of Gru. 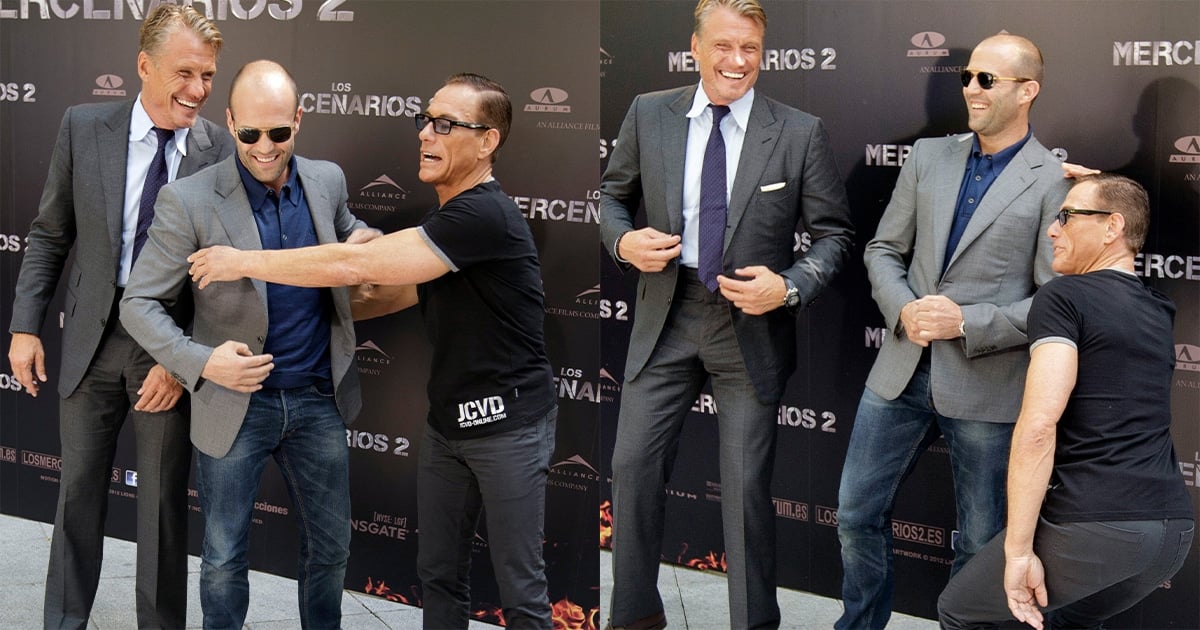 It seems pretty unlikely that Lundgren and Van Damme would continue to work together if they genuinely had bad blood with one another: contrast this with Steven Seagal, notable for being the only major 80s action star not to be invited to appear in the Expendables films because none of the other action stars want to work with him.

Lundgren joked in 2012, “It’s like I’m being haunted by Jean-Claude… every movie I’m in it’s like, ‘No! He’s in it too?'” All kidding aside, it seems clear that the two men remain on good terms, and we probably shouldn’t rule out the possibility of them making even more movies together in the years ahead.