1990 saw the release of a number of films that dealt with the thorny question of death, and what might come after it. On one end of the spectrum was the romantic smash hit Ghost; on the other, the abstract nightmare Jacob’s Ladder; and somewhere in the middle came Flatliners, a reality-bending thriller for the Brat Pack generation.

The film’s central concept is compelling: a group of ambitious and rebellious medical students plan a bold experiment to stop their own hearts, spend a limited amount of time clinically dead, then be revived, in order to induce near-death experiences and scientifically determine whether or not there really is life beyond death.

Whether or not Flatliners really made the most of this exciting premise is debatable, but nonetheless it remains an intriguing and entertaining movie 30 years on. Here are some facts about Flatliners you might not have known. 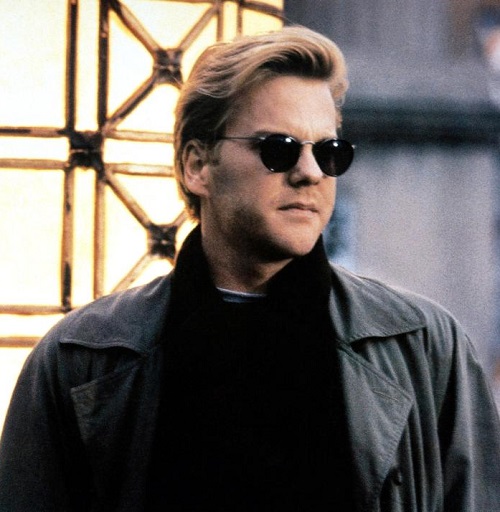 Flatliners stars Kiefer Sutherland, Julia Roberts, Kevin Bacon, William Baldwin and Oliver Platt as the young medical students trying to find conclusive proof of an afterlife. With such a young and charismatic ensemble, it can very much be classed as a ‘Brat Pack’ movie.

Recognising this, Sutherland jokingly described Flatliners as ‘The Breakfast Club Dies’ and ‘St. Elmo’s Funeral’ in an interview with horror magazine Fangoria.

9. Val Kilmer and Nicole Kidman could have starred 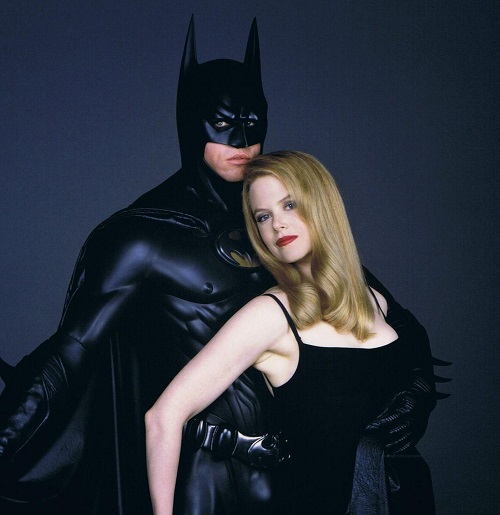 Before Kiefer Sutherland and Julia Roberts were cast in the central roles of Nelson Wright and Rachel Manus, Val Kilmer and Nicole Kidman were in consideration for the roles; Kilmer reportedly turned it down, whilst Kidman lost out to Roberts.

Both Kilmer and Kidman would later work with director Joel Schumacher on 1995’s Batman Forever.

8. Julia Roberts and Kiefer Sutherland became a couple on set 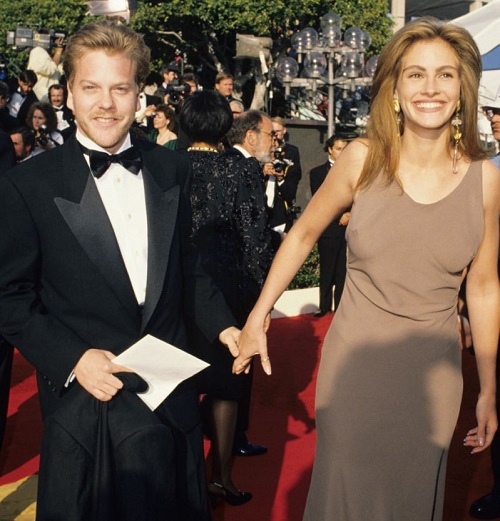 Hitting cinemas in August 1990, Flatliners arrived barely two months after Julia Roberts had become the most famous actress in the world courtesy of Pretty Woman; and so, the gossip columns were delighted when she and her co-star Kiefer Sutherland became an item whilst Flatliners was in production.

The couple announced their engagement around the same time Flatliners opened; but Roberts called it off mere days before their planned wedding in June 1991, owing to Sutherland’s infidelity.

7. The film was inspired by a real near-death experience 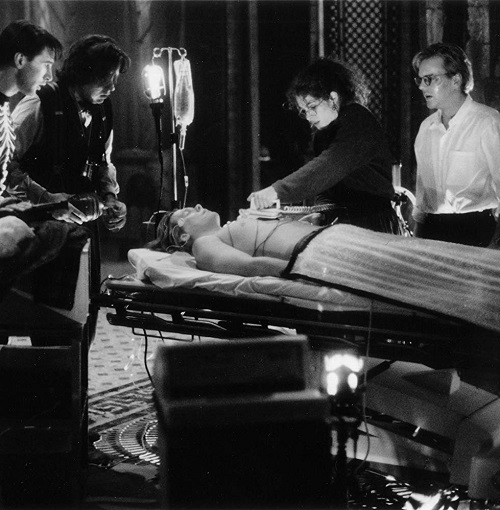 Flatliners was written and conceived by Peter Filardi, after a friend of his had a near-death experience. The subject fascinated Filardi, who recognised it was largely unexplored territory on film: the writer posited that the exploration of existence beyond death was “a new frontier for people of my generation.”

Filardi would later write another of the most celebrated teen-friendly supernatural films of the decade: 1996’s The Craft.

6. Michael Douglas was the film’s producer 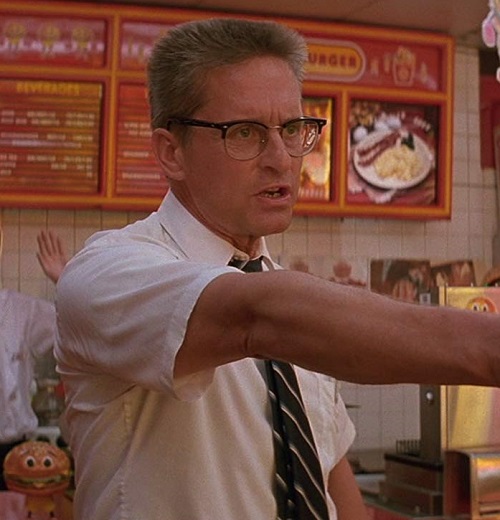 He’s been one of Hollywood’s most prominent leading men since the mid-80s, so it’s easy to forget that Michael Douglas has also enjoyed a long, successful career as a producer. Flatliners is one of the many films he shepherded to the screen without taking an acting role: others include Starman, Face/Off and One Flew Over the Cuckoo’s Nest, for which he collected the Best Picture Oscar in 1976.

Douglas would later re-unite with Flatliners director Joel Schumacher on the other side of the camera in 1993’s controversial drama Falling Down.

5. The actors took medical training from a healthcare professional to prepare 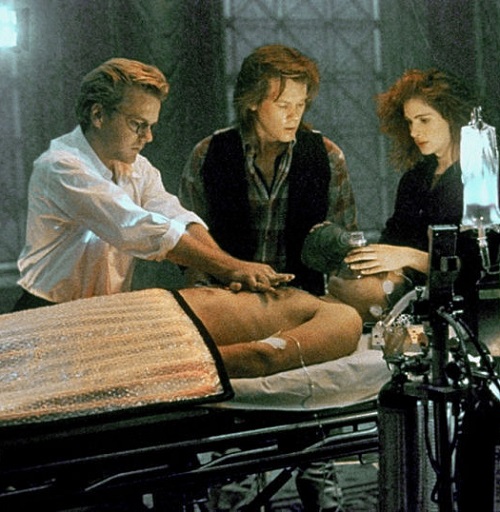 The central ensemble of Flatliners are all experienced medical students performing difficult and dangerous experiments involving induced death and resuscitation. It should go without saying, then, that the cast required some training in all this beforehand, including CPR and the use of EEG and EKG machines.

The Flatliners cast were tutored in these procedures by Ruth Ekholm, a nurse and technical adviser on various films; Ekholm had previously had a small role as a nurse in Kevin Bacon’s 1988 film She’s Having a Baby.

4. It’s the second of five films that Kiefer Sutherland has made with Joel Schumacher 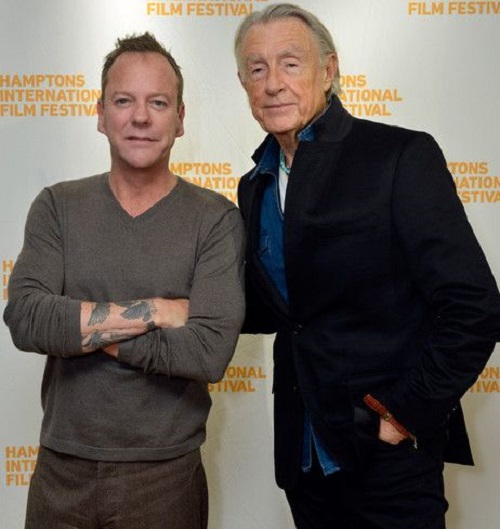 Three years prior to Flatliners, Joel Schumacher directed Kiefer Sutherland in one of the key films that made the actor a star: 1987 vampire movie The Lost Boys. Flatliners was their first reunion, but it wouldn’t be the last.

3. It was a decent-sized hit, but the reviews were lukewarm 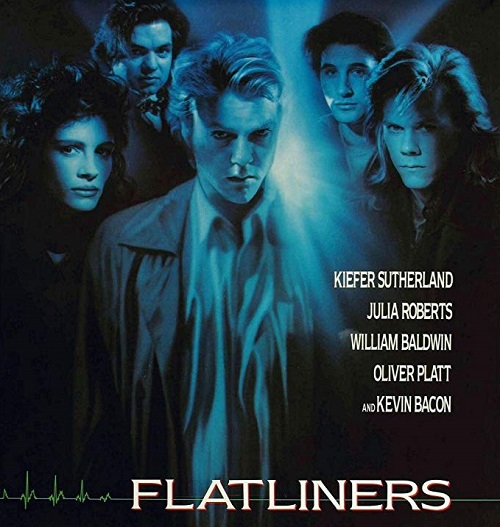 No doubt helped by the media attention surrounding central couple Sutherland and Roberts, Flatliners went straight to number one at the box office on release in August 1990, and wound up taking $61.5 million in US ticket sales; a respectable return on a $26 million budget.

The critics weren’t too generous, however; reviews were typically middling or negative, with most feeling that the film failed to explore the ingenious premise to its fullest potential. 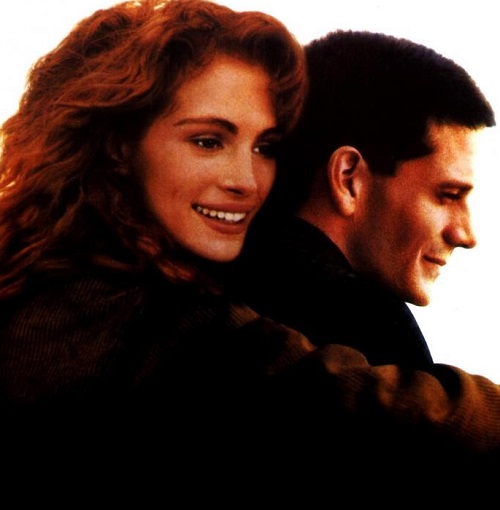 Immediately after Flatliners, director Joel Schumacher reunited with Julia Roberts on 1991’s Dying Young, a romantic weepie that casts Roberts as a nurse who falls in love with her terminally ill patient, played by Campbell Scott.

While the film proved a reasonable success, Schumacher has since admitted he only made it as a favour to Roberts, because he’d enjoyed working with her on Flatliners. 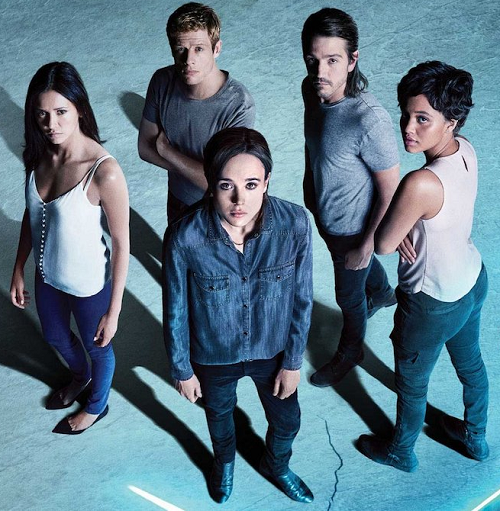 2017 saw the release of a Flatliners remake, which went largely ignored by critics and audiences alike. The cast included Elliot Page, Diego Luna – and Kiefer Sutherland, in a supporting role as a professor whom the central medical students are studying under.

Originally, the idea was that this Flatliners would be a stealth sequel of sorts, revealing that Sutherland was in fact playing Nelson Wright 27 years later; a scene was shot for the 2017 film which hinted at this, but it was omitted from the final cut.