Perhaps we’re a bit biased, but we really do believe that the 1980s was one of the best decades ever for movies – and that goes extra when we’re talking about Christmas movies! The decade produced some solid gold festive favourites we still enjoy year after year when the happiest season comes around, and here are in our estimation are the ten best Christmas classics produced in the 80s (which excludes 1990’s Home Alone, in case you were wondering!)

Whilst it may be a long way from being the best movie ever made, as children Santa Claus: The Movie filled us with the joy and wonder of Christmas better than any other film managed to do. Remembering Santa pulling off that ‘Super Duper Looper’ still gets our hearts racing to this day!

Santa Claus: The Movie was actually a huge critical and commercial failure on release in 1985, but it has definitely gained a cult following over the years, and is now one of the most watched Christmas movies of all time.

We might not always agree that it counts as a Christmas movie, but 1988’s Die Hard is nonetheless one of the best-loved action-adventures of all time, and one which many of us love to watch every year in the festive season. It’s the classic tale of one man battling a horde of villains to save his wife, on Christmas Eve.

Still, while we love watching Die Hard every December, you might not remember that those bright sparks at studio 20th Century Fox originally released the film in July!

If you’ve never taken the time to watch the 1983 movie A Christmas Story, then you really should put that right when it hits your TV screen this year. Considered something of a seasonal classic in North America, A Christmas Story is based on author Jean Shepherd’s 1966 book In God We Trust: All Others Pay Cash. 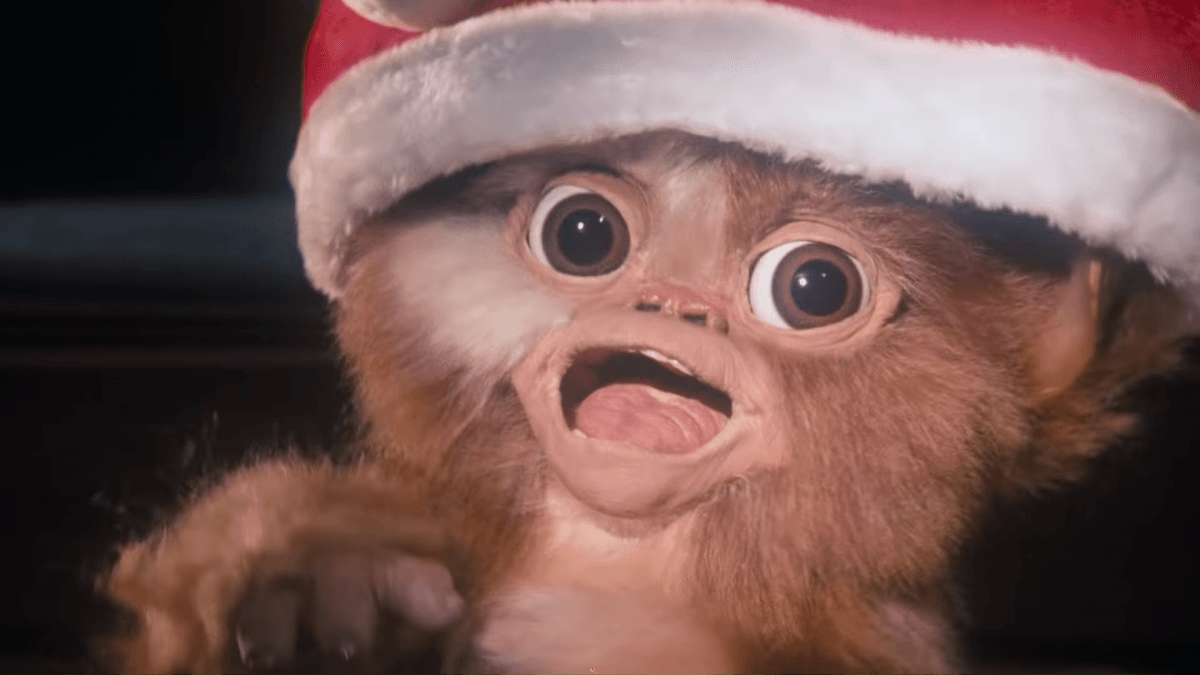 Like Die Hard, this 1984 Christmas classic was released in the middle of summer (June, to be exact), which makes very little sense given how vital the festive season is to the story. It’s every kid’s dream to get a pet as cute as a Mogwai – but this turns into a total nightmare when the delightful creature inadvertently spawns the evil Gremlins.

As well as being a festive favourite, Gremlins also enjoys some notoriety as one of the main films to inspire the creation of the PG-13 certificate. While much of the film is kid-friendly, it also gets very dark at times – not least when Phoebe Cates tells that story about how she learned the truth about Santa. 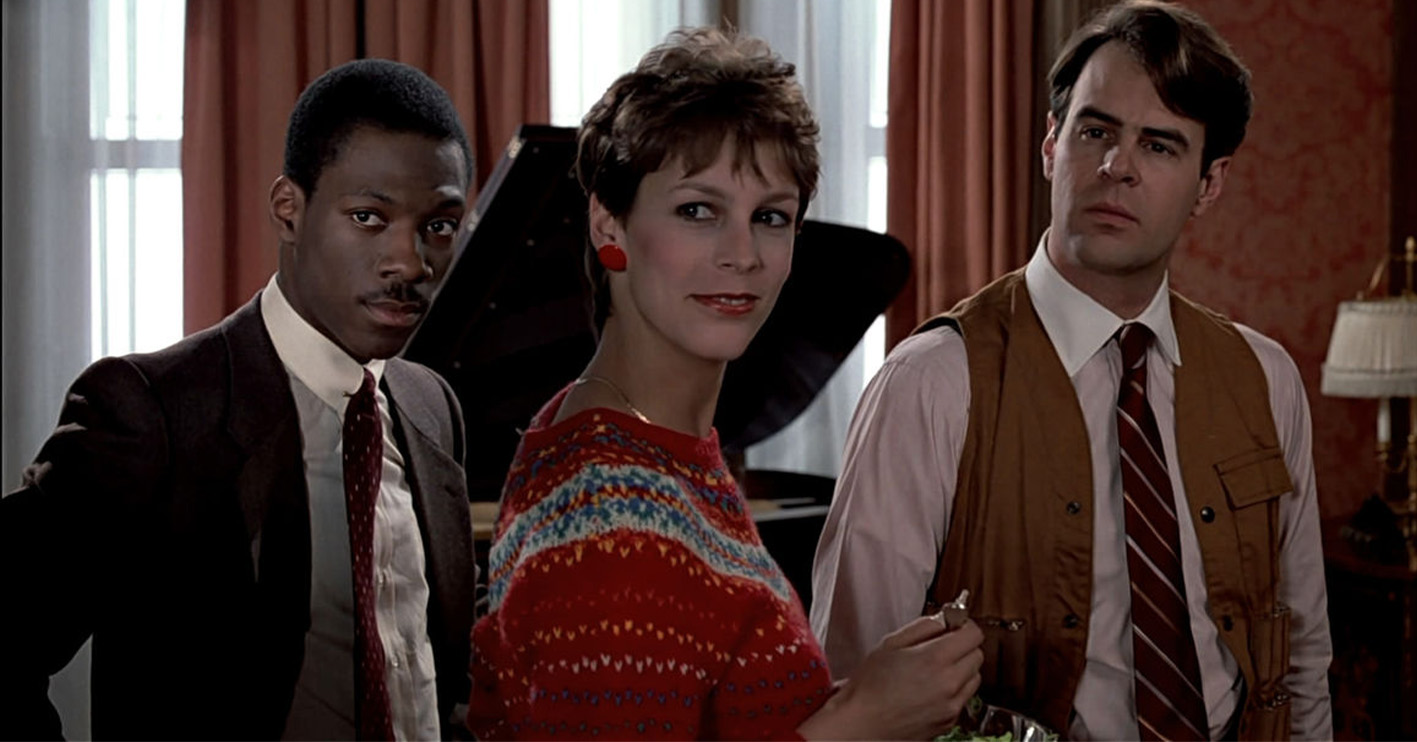 A modern twist on Mark Twain’s The Prince and the Pauper, Trading Places stars Dan Aykroyd as a wealthy Wall Street trader and Eddie Murphy as a vagrant who suddenly find themselves in one another’s shoes. Jamie Lee Curtis co-stars, and made a significant impact on the young men in the audience thanks to a couple of scenes (you know the ones we mean!)

As well as being one of the decade’s best comedies, Trading Places is also set at Christmas, and it has become perennial viewing for millions – enjoying a particularly dedicated following in Italy, where it is routinely watched on Christmas Eve, for some reason.

We recently gave 10 reasons why it’s the greatest Christmas movies of all time, and believe it or not, it was one of only two Christmas themed movies to be released in 1989. The other one was Prancer, which also starred Johnny Galecki, and is featured further down our list!

One of the many film adaptations of Charles Dickens’ A Christmas Carol (there are more than 30), Disney animated movie Mickey’s Christmas Carol retells the classic story with the animation house’s classic characters. It was Disney’s first theatrical release to centre on Mickey Mouse since The Simple Things in 1953, three decades earlier.

Still, despite the presence of Disney’s classic creation, the show is stolen by none other than Scrooge McDuck, who would become one of Disney’s most beloved characters in the 80s thanks to TV’s DuckTales.

Another Christmas movie based on Charles Dickens’ A Christmas Carol, Scrooged was released in 1988 and stars Bill Murray as Frank Cross, a selfish television executive who is visited by ghosts on Christmas Eve. It’s directed by Richard Donner, who’s responsible for another Christmas classic coming up on this list…

A dark comedy, Scrooged may be a satire on the excesses of 80s yuppiedom and the rise of cable television – but we’d be lying if we said we didn’t wish that The Day the Reindeer Died, that TV special starring Lee Majors as Santa, was a real thing.

Die Hard isn’t the only 80s action classic to be set at Christmas. 1987’s Lethal Weapon introduced Mel Gibson as Martin Riggs, an unhinged cop who has a serious case of the holiday blues when he teams up with Danny Glover’s family man Roger Murtaugh to investigate an increasing bizarre murder case.

As well as starting a long-running franchise, Lethal Weapon also launched screenwriter Shane Black, who has a thing for setting his movies at Christmas: other festive Black movies include The Long Kiss Goodnight, Kiss Kiss Bang Bang and Iron Man 3.

What could be more Christmassy than a movie all about a reindeer? A delightful fantasy movie that’s primarily aimed at children, Prancer tells the story of a farm girl nursing a wounded reindeer back to health.

The girl of course believes that the reindeer is one of Santa’s, and her actions inspire all those around her, including her disheartened dad. Do check it out if you’ve never watched it before, because it really is quite lovely!